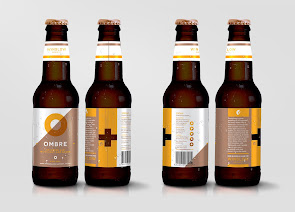 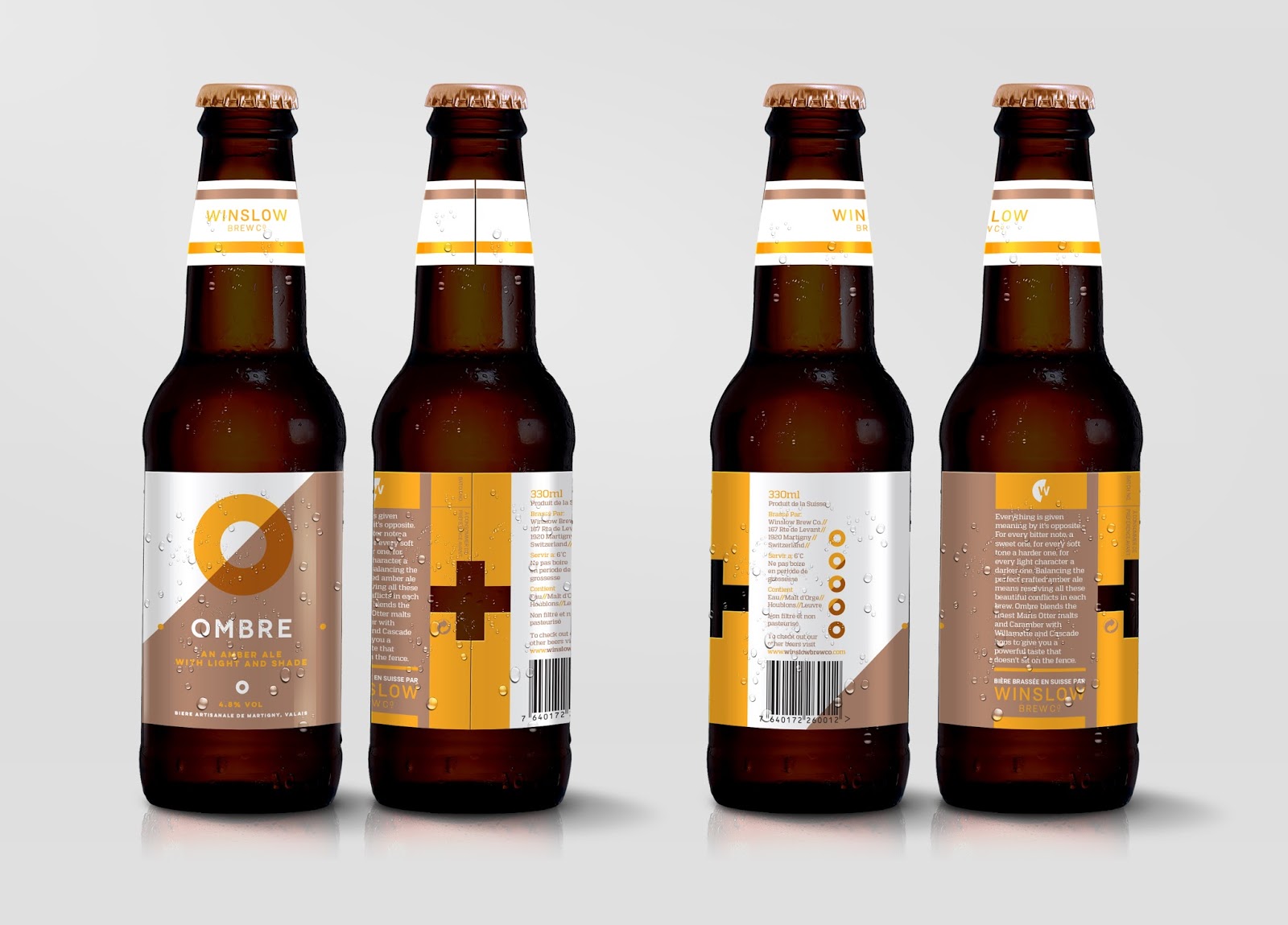 In the second of Winslow Brew Co.’s beers this is the new Amber Ale, Ombre. The name literally means shadow in French but when pronounced sounds like the French for Amber. The name therefore has a juxtaposition of meaning which we represented in the light and shade of the design. The ‘O’ sits in a theme of the brewery’s product identities of lettered labels meaning Ombre sits neatly next to it’s brother Alias.

It is aimed at both the English and French languages as the beer covers both UK / Swiss and French markets. The flavour is challenging hence the light and shade taste descriptor, again echoing the concept of the beer. We also kept the Swiss cross cut out to maintain consistency of brewery brand. 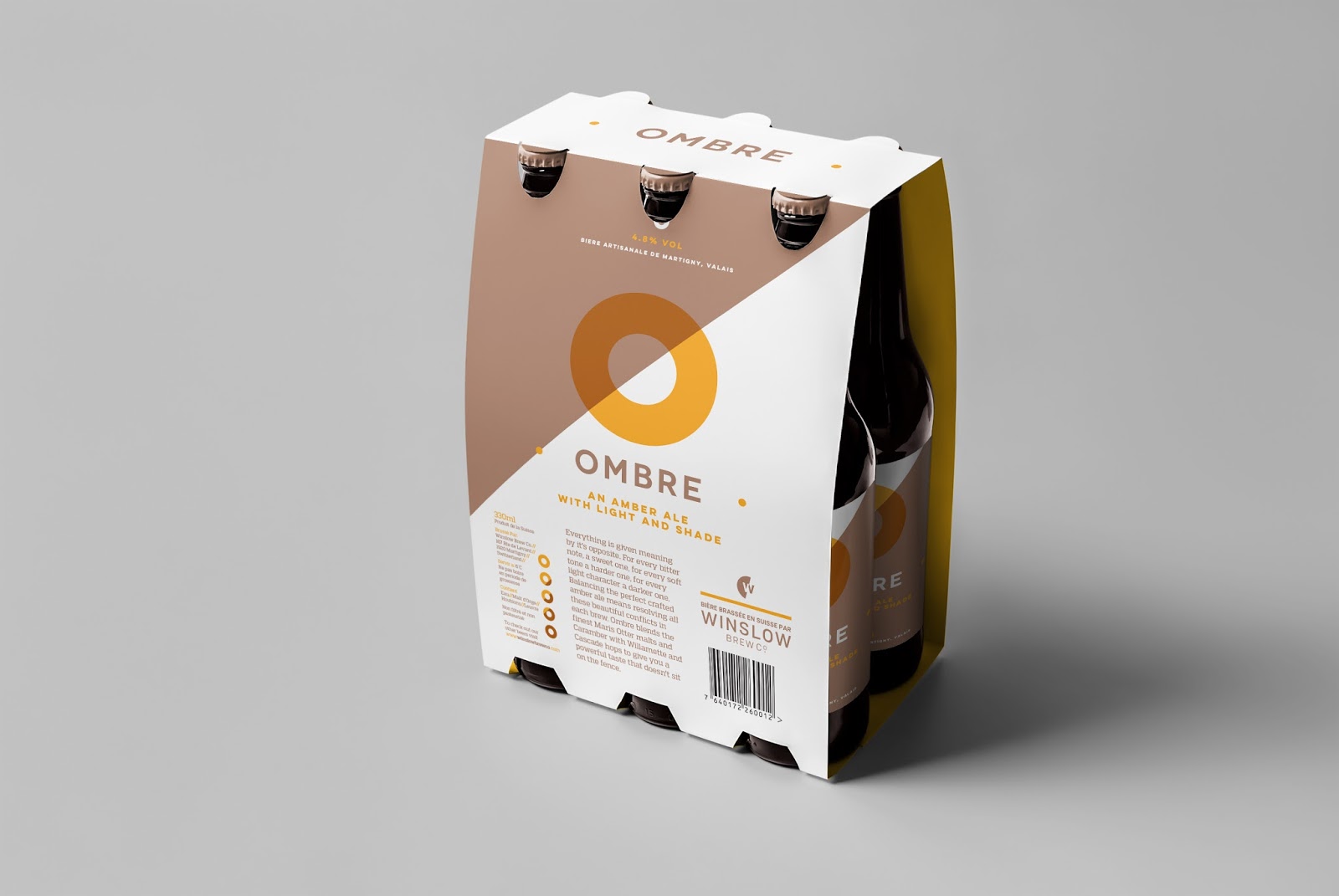 What’s Unique?
The design and use of linguistic juxtaposition for flavour concept. Also the Swiss cross maintains the original uniqueness. 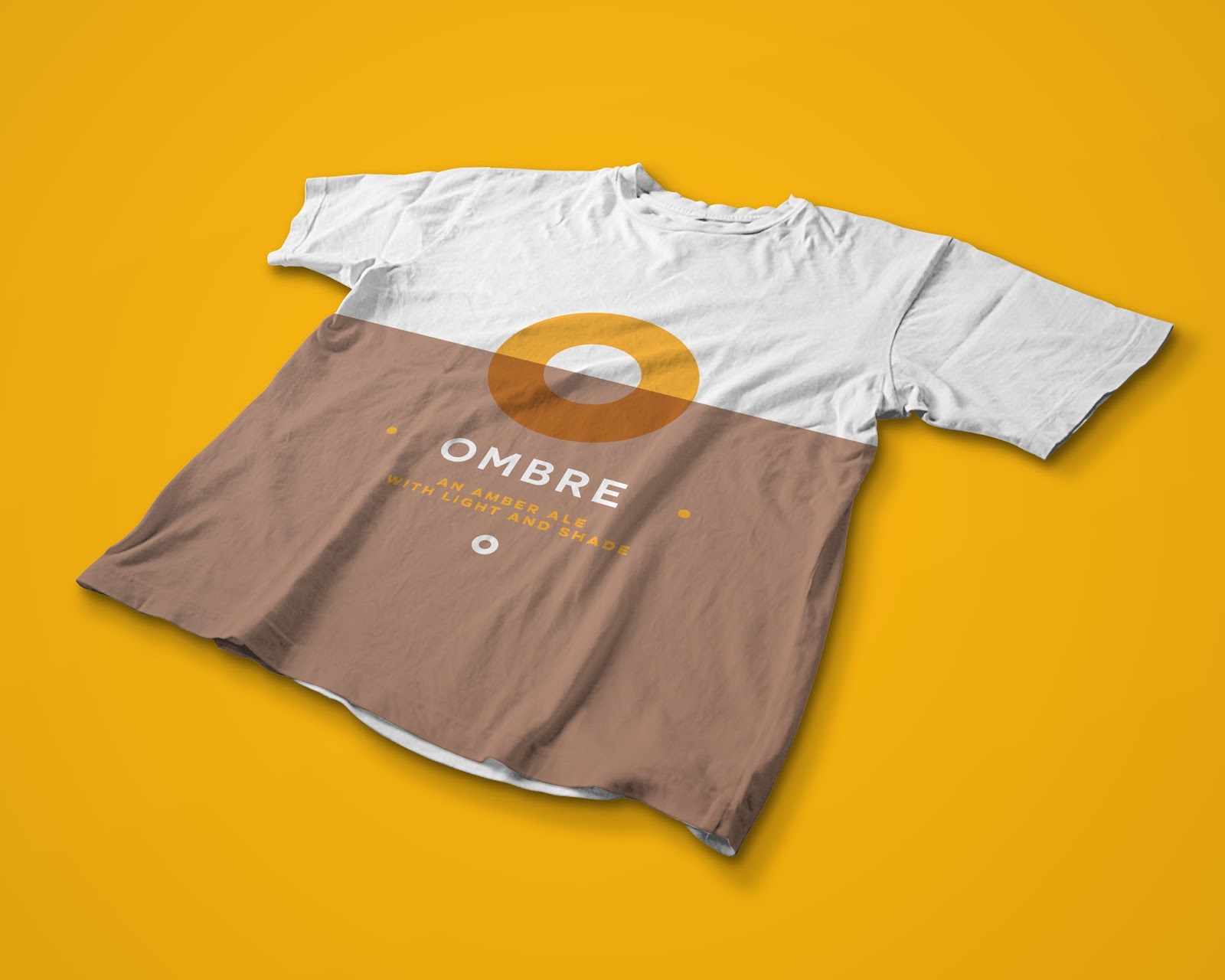 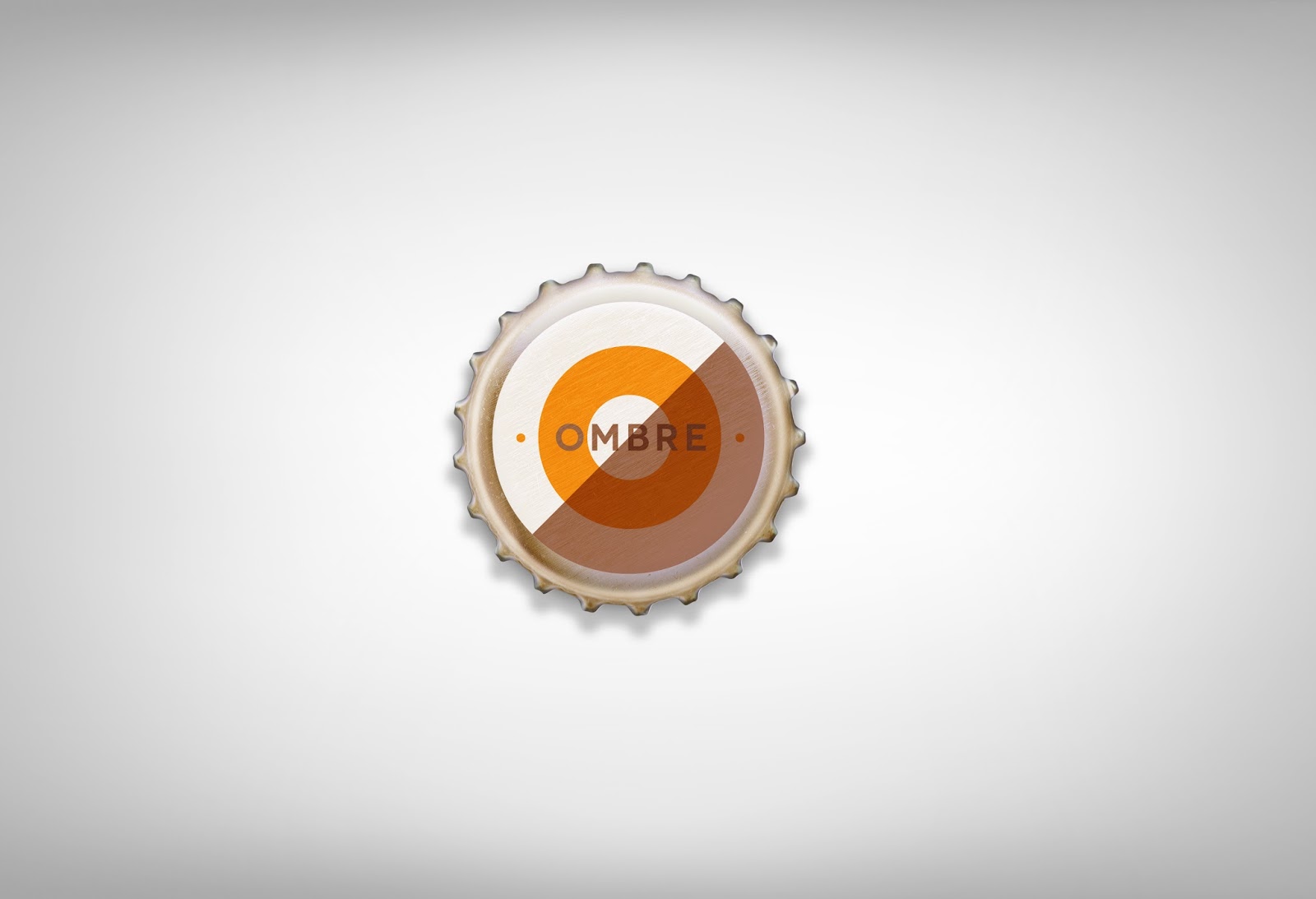 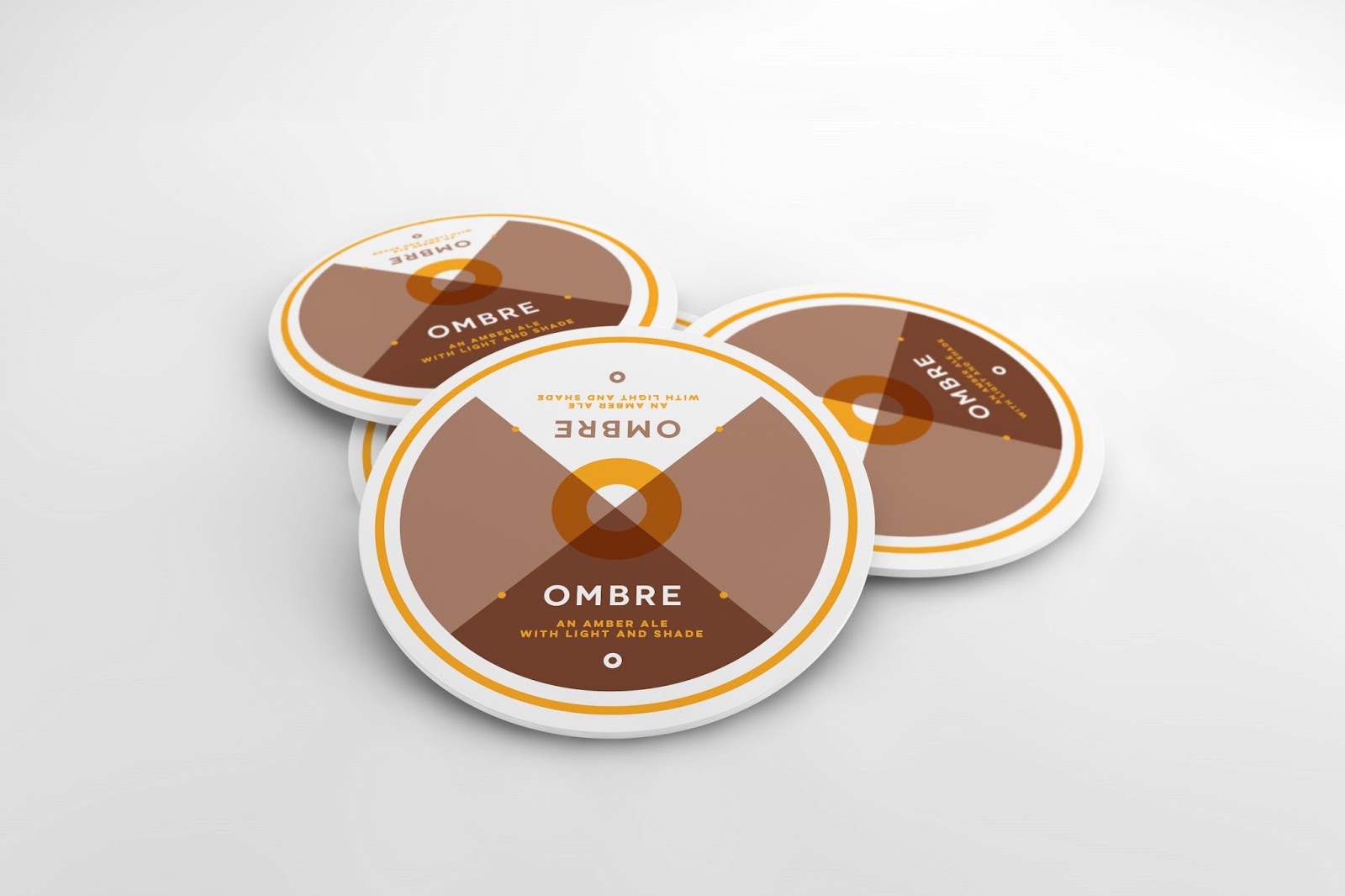 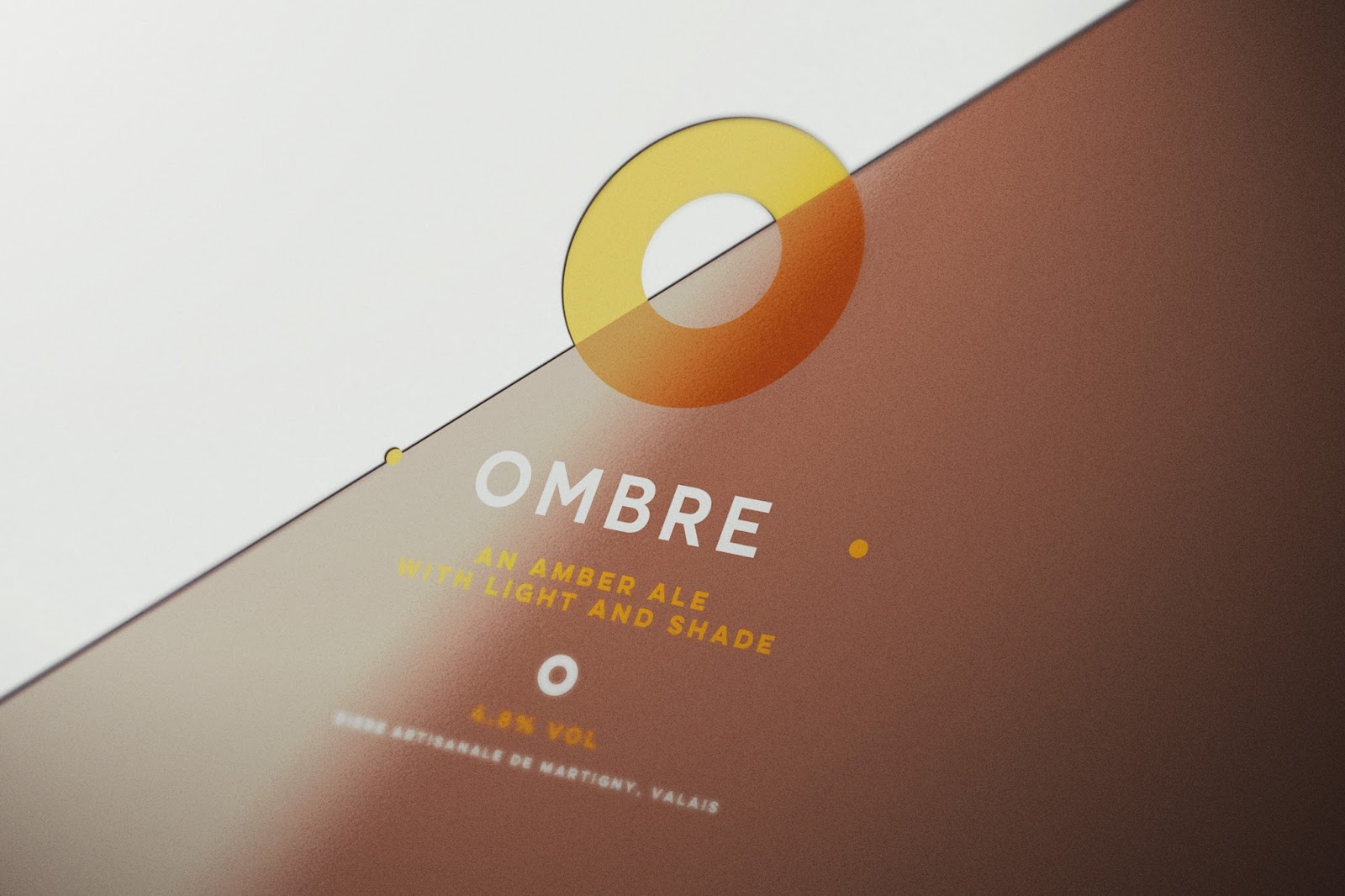 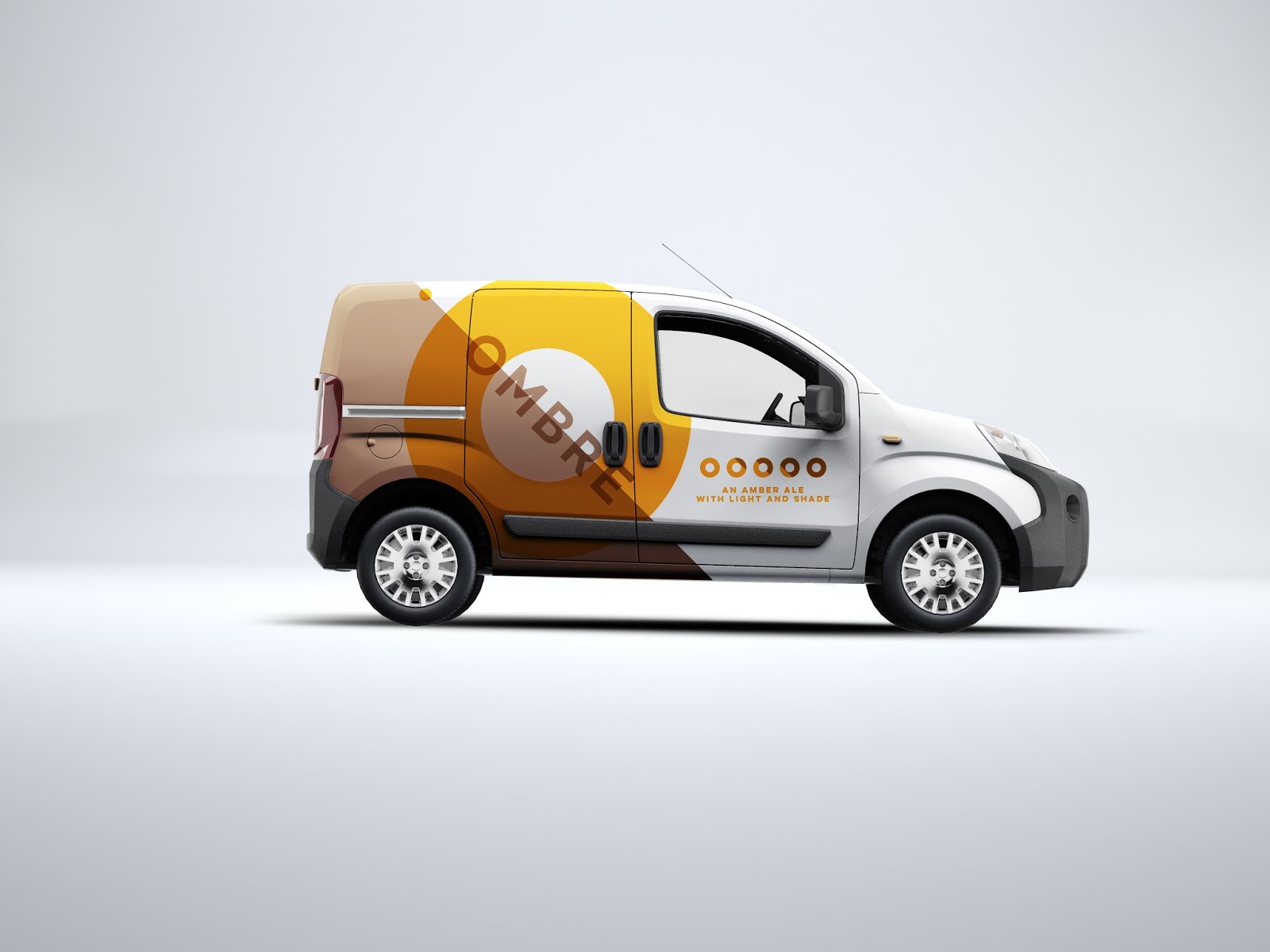 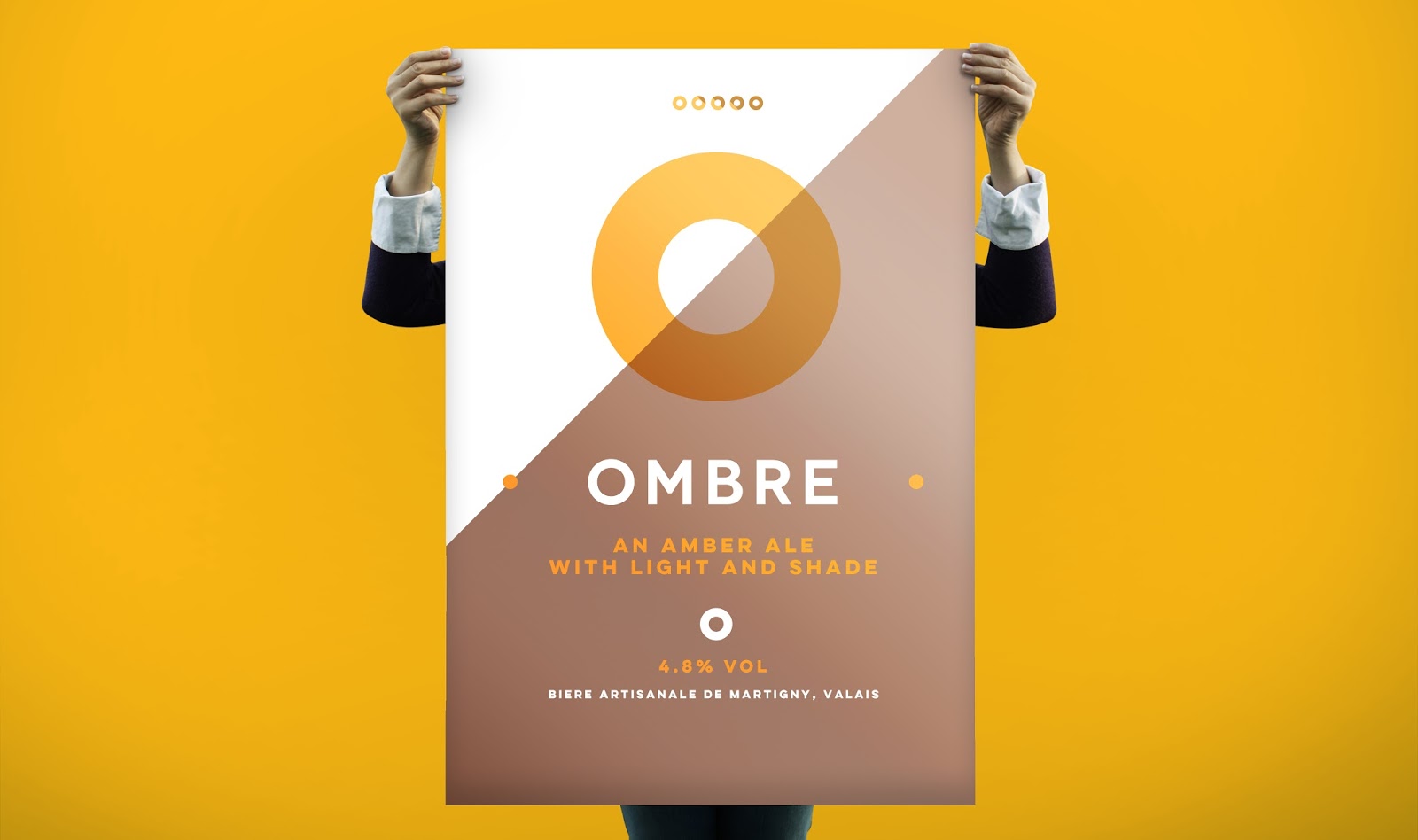 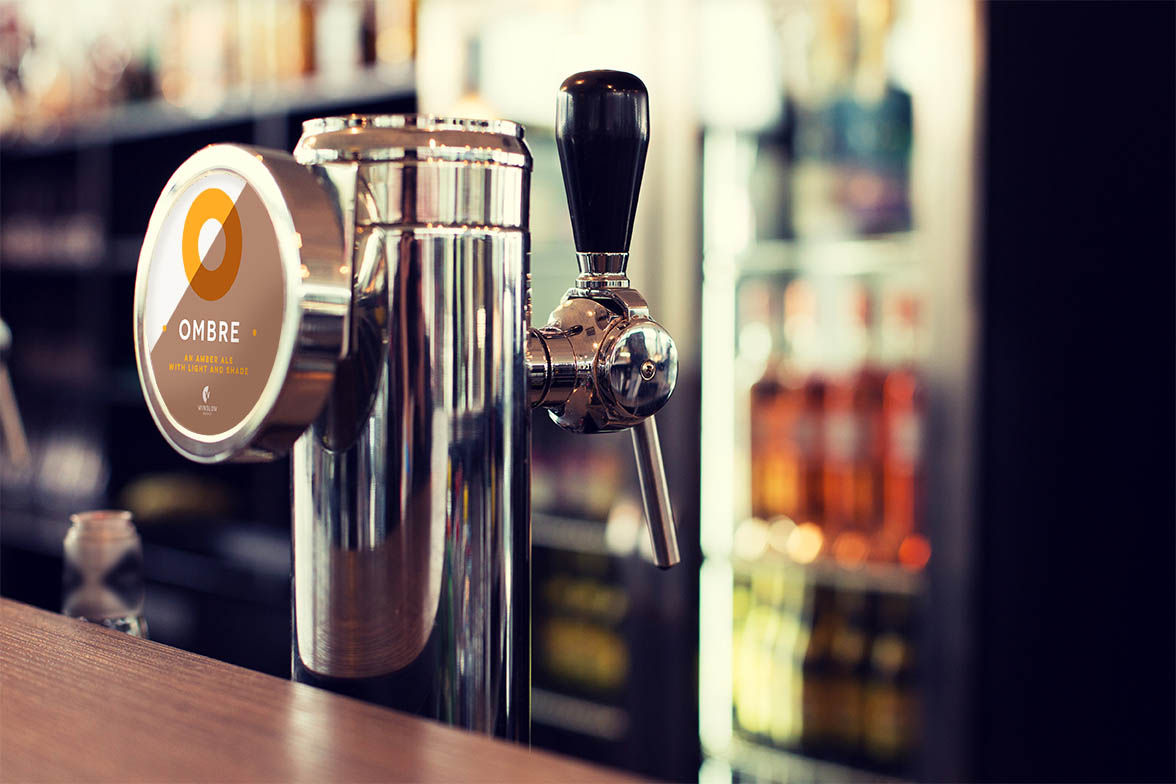