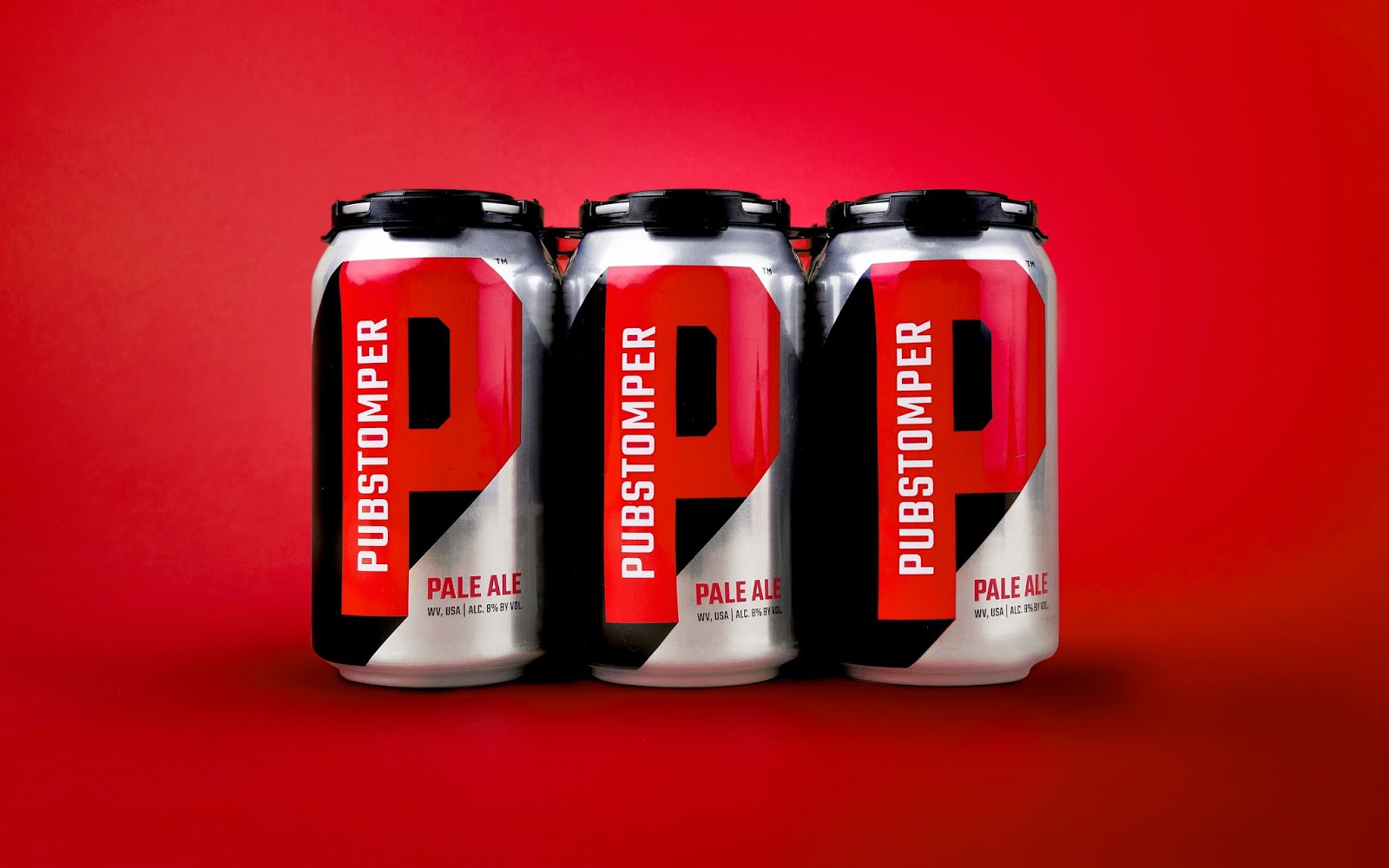 With an uncompromising take on flavour, the West Virginia based brewery needed a brand as ‘righteously dank’ as their ales

Pubstomper Brewing Company brews ales with more strength and character than your average ale. A single-minded brand focused on consistency and strength of flavour, Pubstomper approached Robot Food in need of an identity to launch their flagship product, a heady 8% ABV Pale Ale.

With a demanding audience of craft beer lovers, the young co-founders wanted to intentionally understate the flavour inside and give their niche market something totally unexpected. The new identity had to communicate – but not overemphasize – the powerful flavour and craft credentials of the brand.

Robot Food’s solution was a muscular identity with plenty of positive impact. The black, red and silver colour palette packs a visual punch, indicative of the strength and depth of flavour found inside, while a strikingly simple on-pack ingredients table lets the ale speak for itself. Typography is distinct and confident, with the logo’s distinctive ‘P’ an unmissable beacon front and centre.

The new identity promises to grab as much attention online as it will do on-shelf, with sharp, clean graphics proving to be a winning combination in an execution that’s every bit as bold as their beer tastes.

Cody Cheesebrough, Co-Founder of Pubstomper Brewing Co. said, “We needed an identity that would tell people where we’re coming from, something to stand-out against the mass market and would speak without pretence. After seeing Robot Food’s work on different design blogs, it was a no-brainer – they were the agency for us. Sure enough, they delivered with an identity that’s as punchy as our beer.”

Simon Forster, creative director at Robot Food, said, “It’s an identity that speaks for itself. Pubstomper is a niche brand for a niche market, so we wanted to create an iconic brand with no fuss, to cut through the clutter of the competition.” 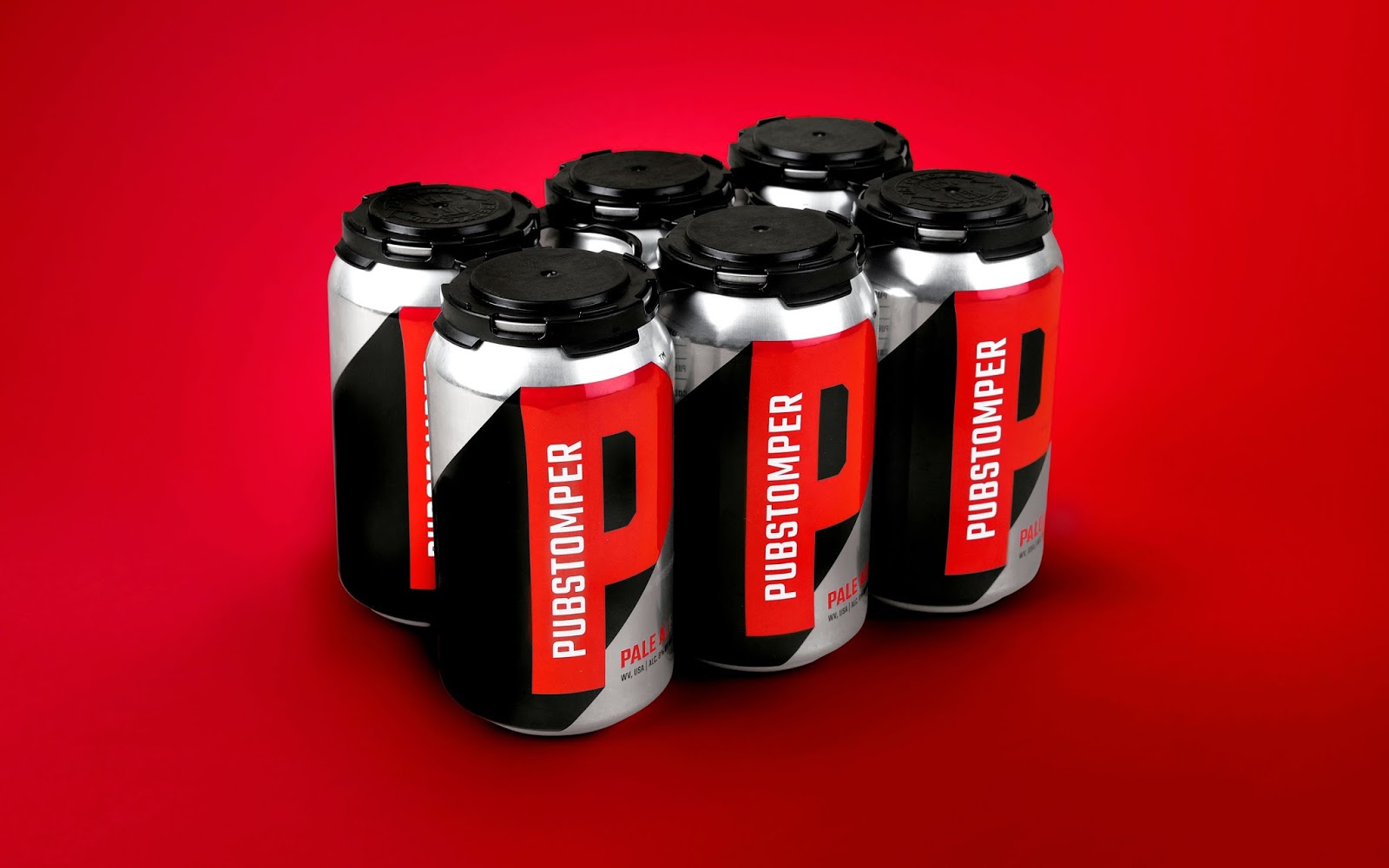 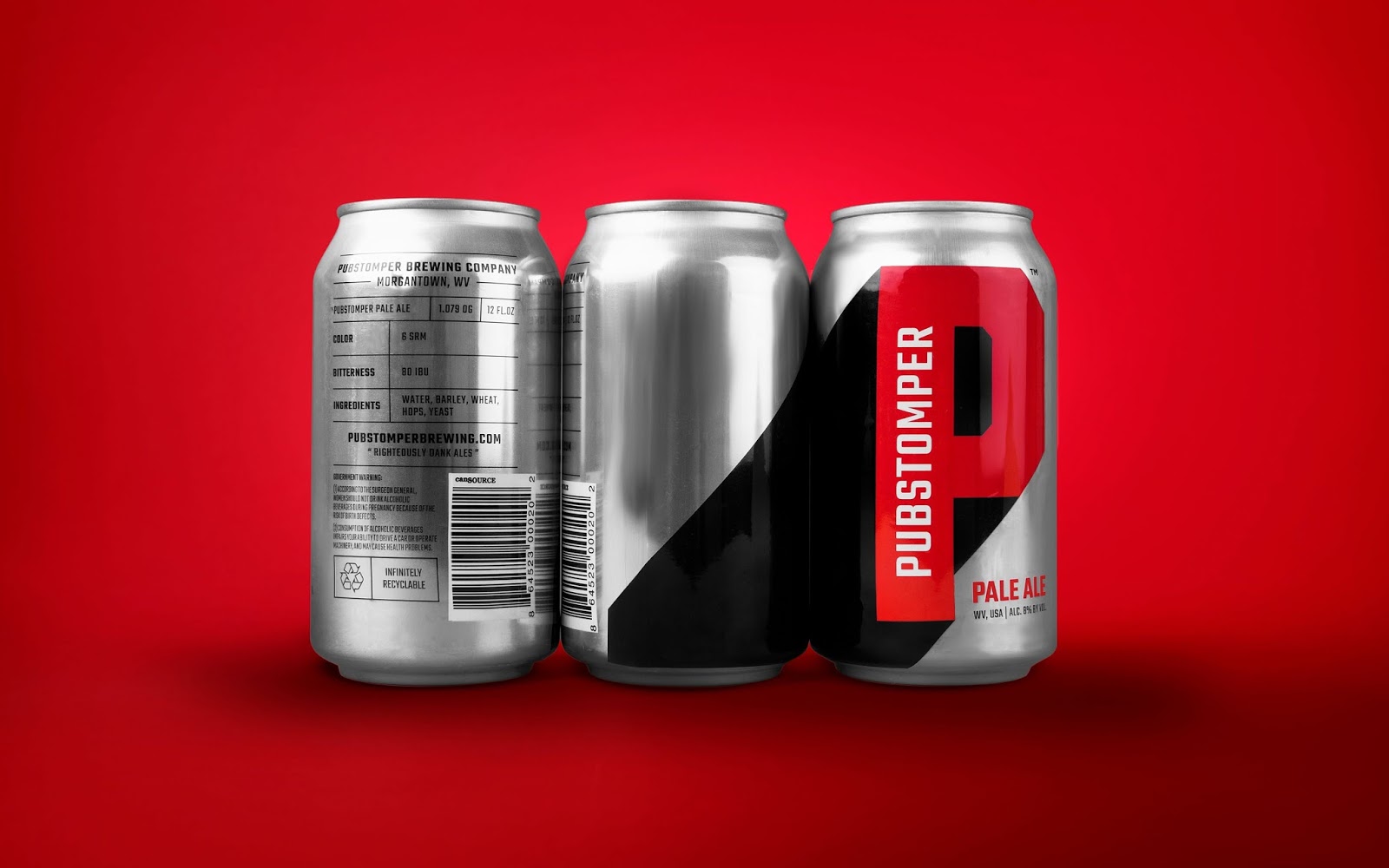 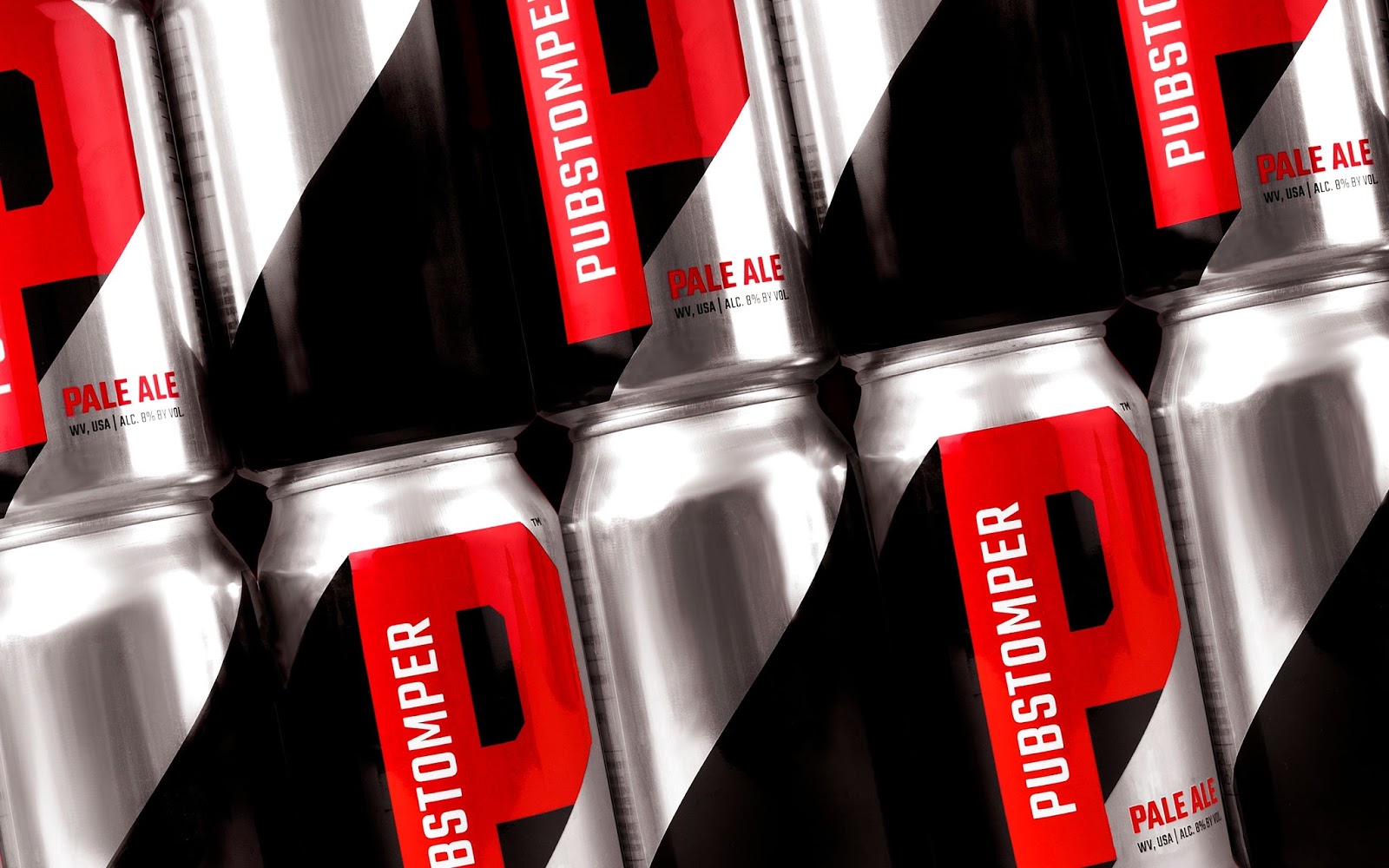 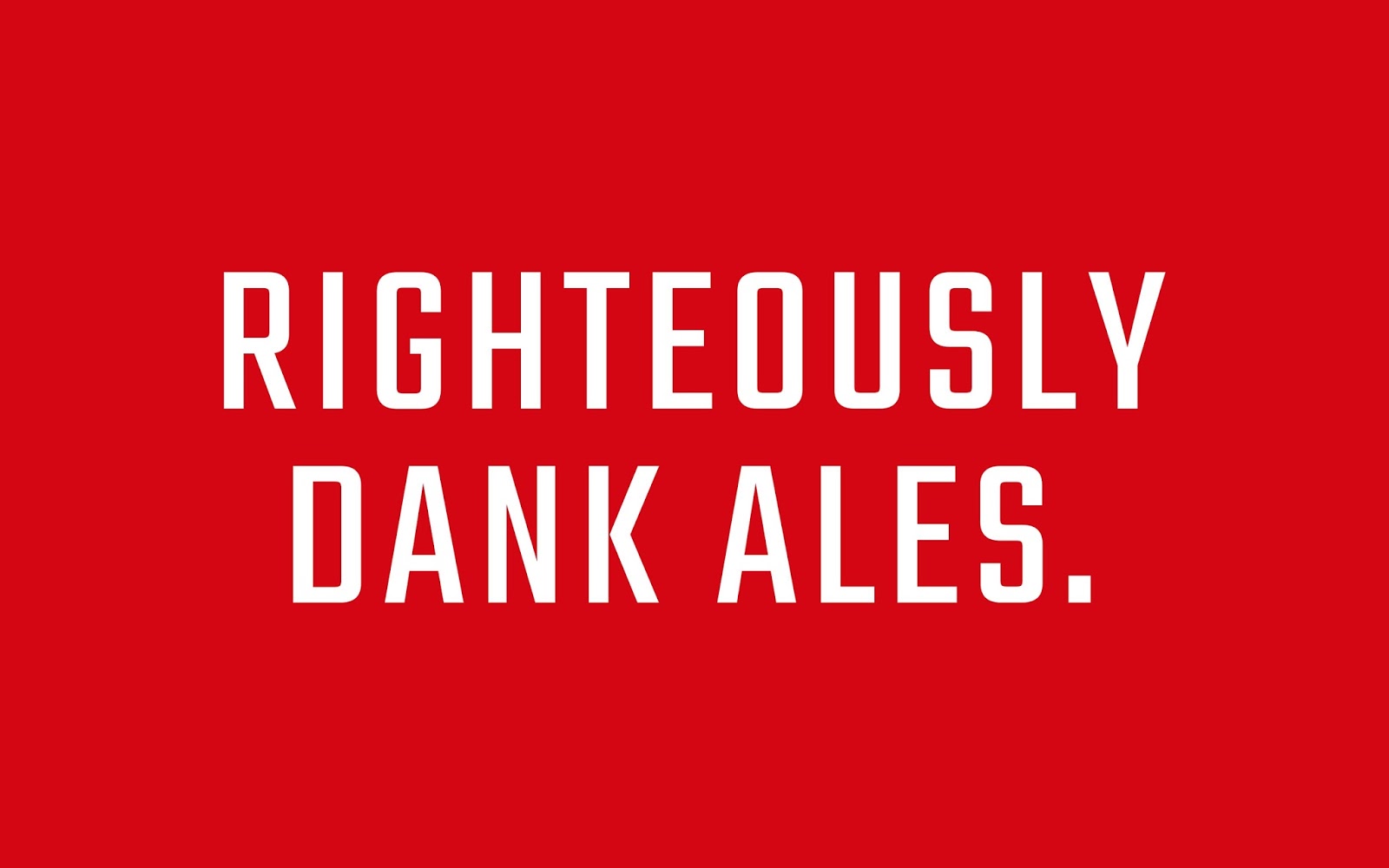