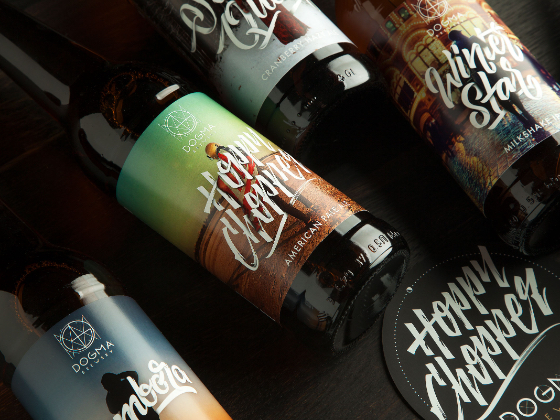 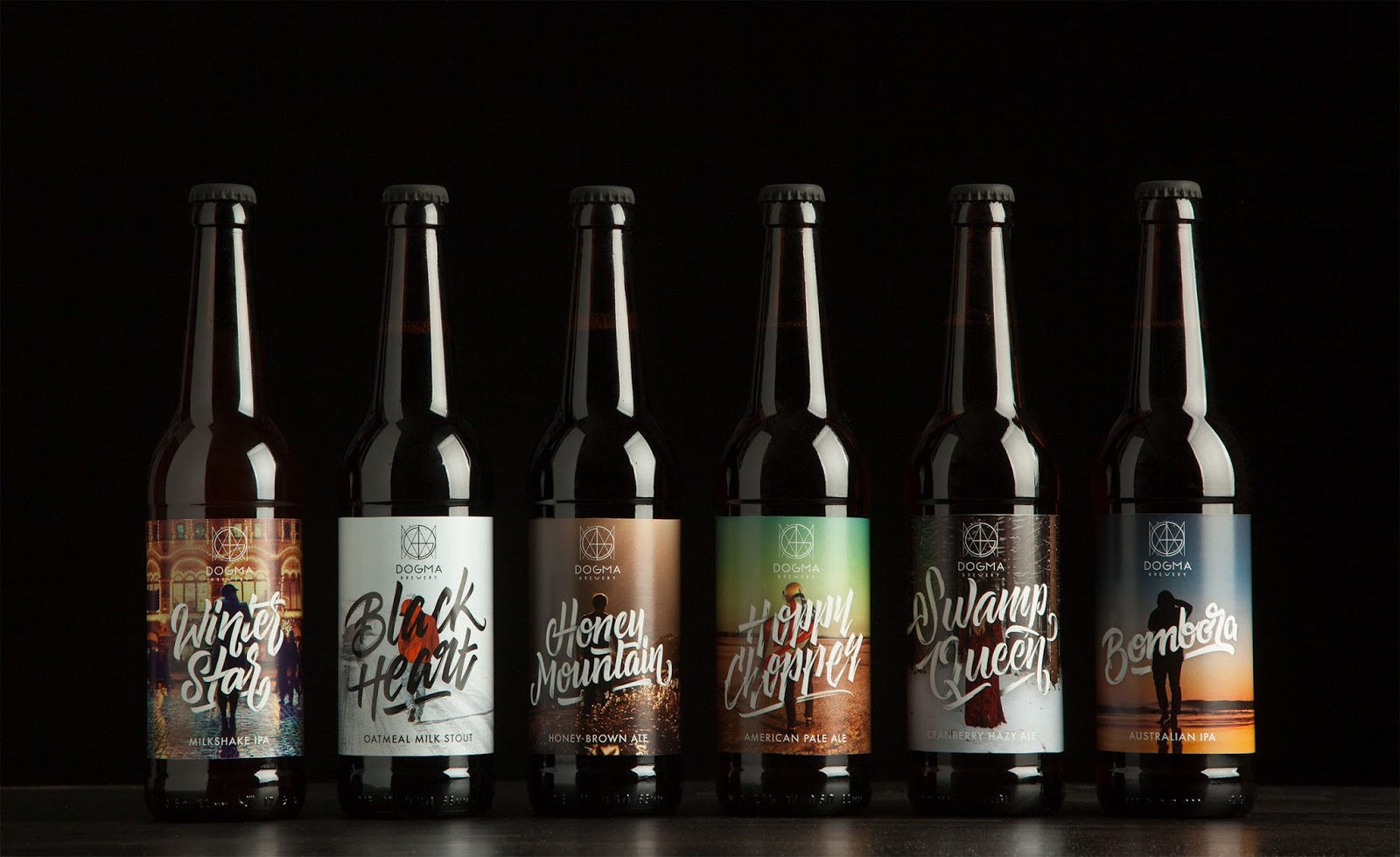 Last year “Dogma” brewery from Tyumen turned to our company to solve two problems: branding of the brewery and creating the package of the first flagship selection.

Dogma is a set of principles and beliefs by which brewers are guided in creating recipes and the process of beer production. In brewers’ interpretation it is a kind of tribute to the traditions of classical brewery and at the same time experimental approach to the creating of some brand new recipes, a constant search of new aromas and flavors.

In response to that the concept was born – “Dogma. Old school – new rules”.

The first flagship selection reflects values of freedom and adventure spirit, a bunch of emotions like those we feel having achieved our treasured goals.

The main metaphor of the selection is that beer is a trip, as the impression from good beer could be compared in its intensity with the reminiscences of faraway, somewhen strange cities, with the feeling of the first conquest of a summit, with the sensation of nature power, or trip to the sea on a yacht, or track speed with your favorite bike. You are face to face with nature, architecture. Not so often you can afford to go to the mountains but more often you can meet with your friends to try flavorous sapid beer.

This concept was exquisitely visualized by Dima Abracadabra, whose lettering decorates the brew selection. 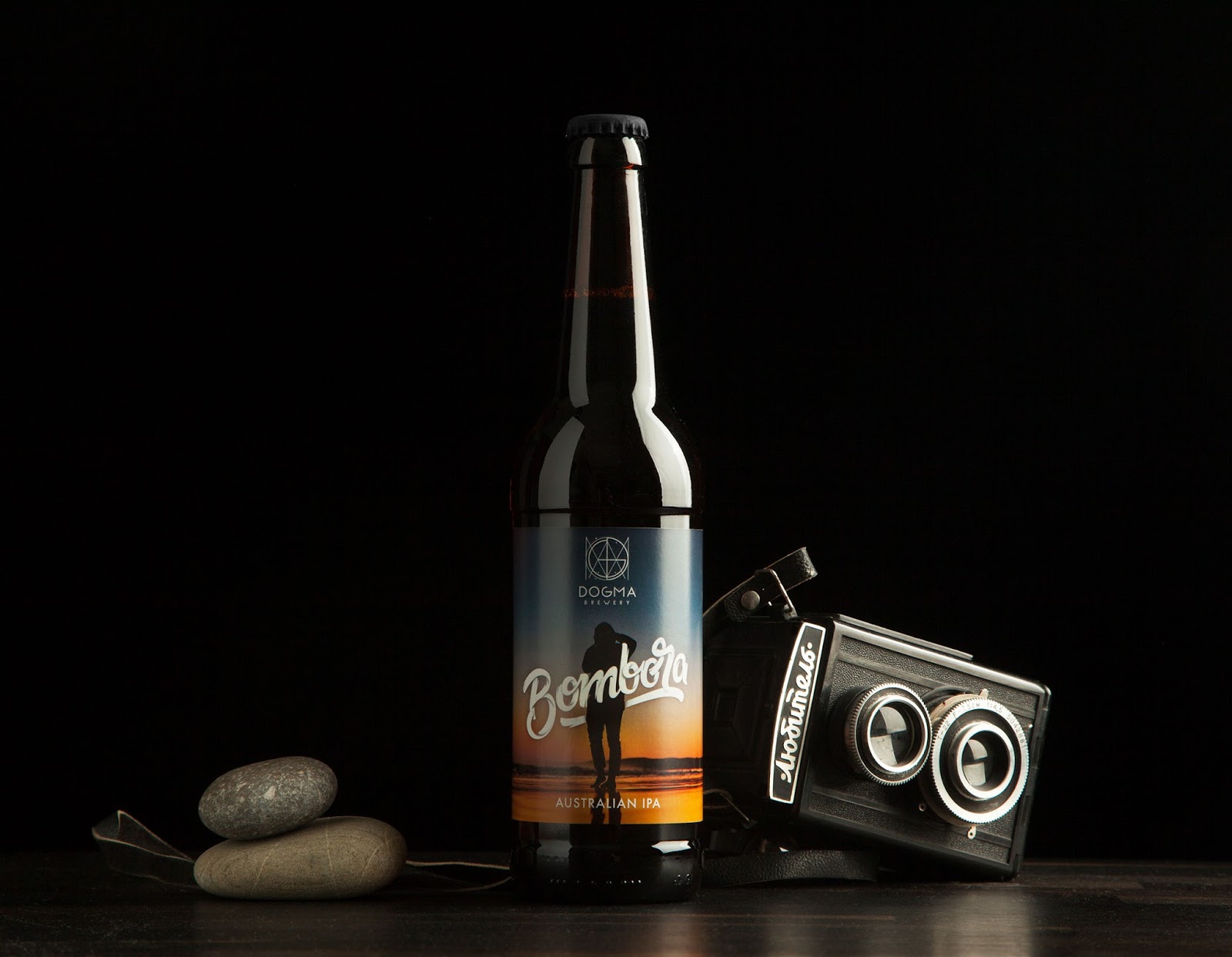 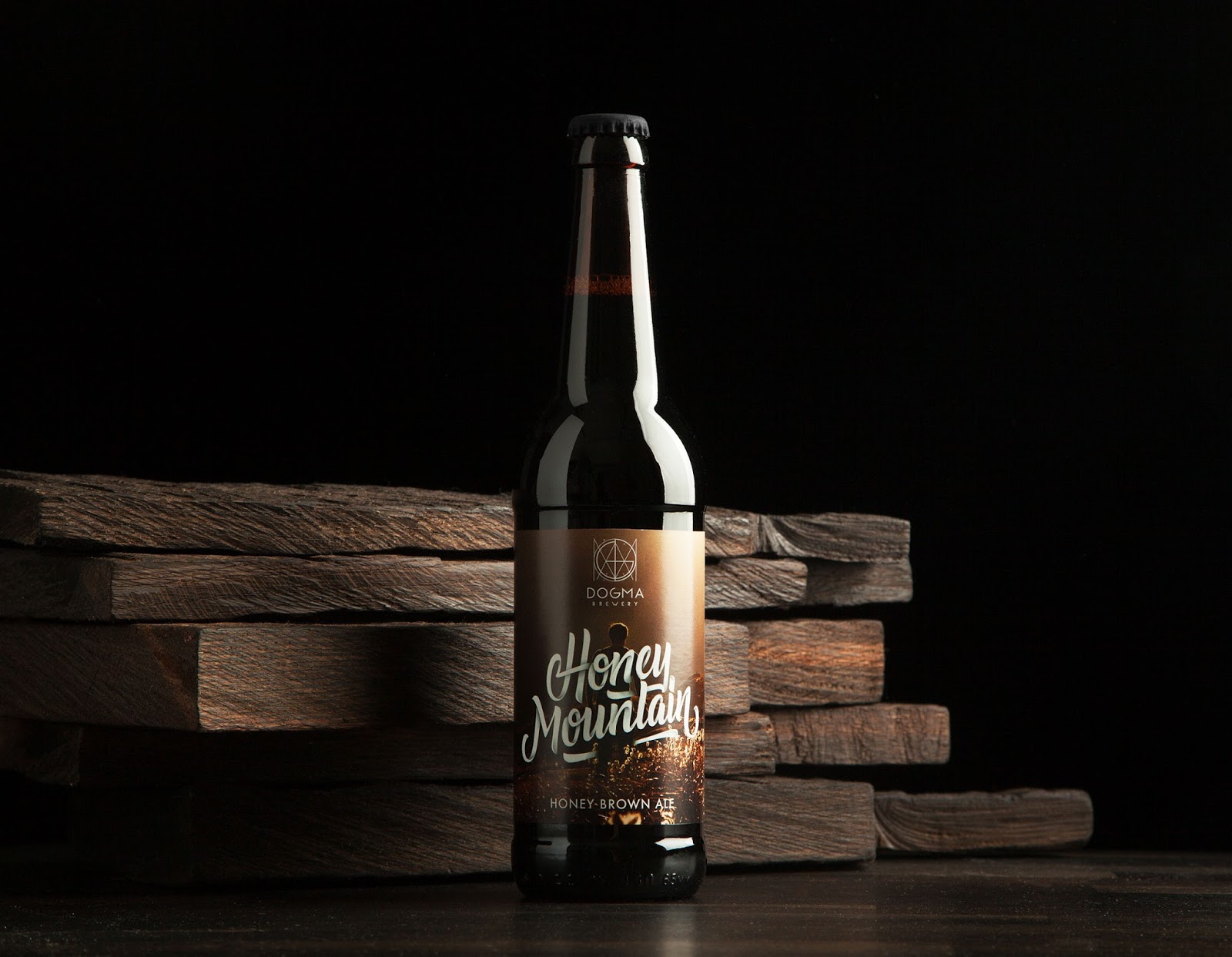 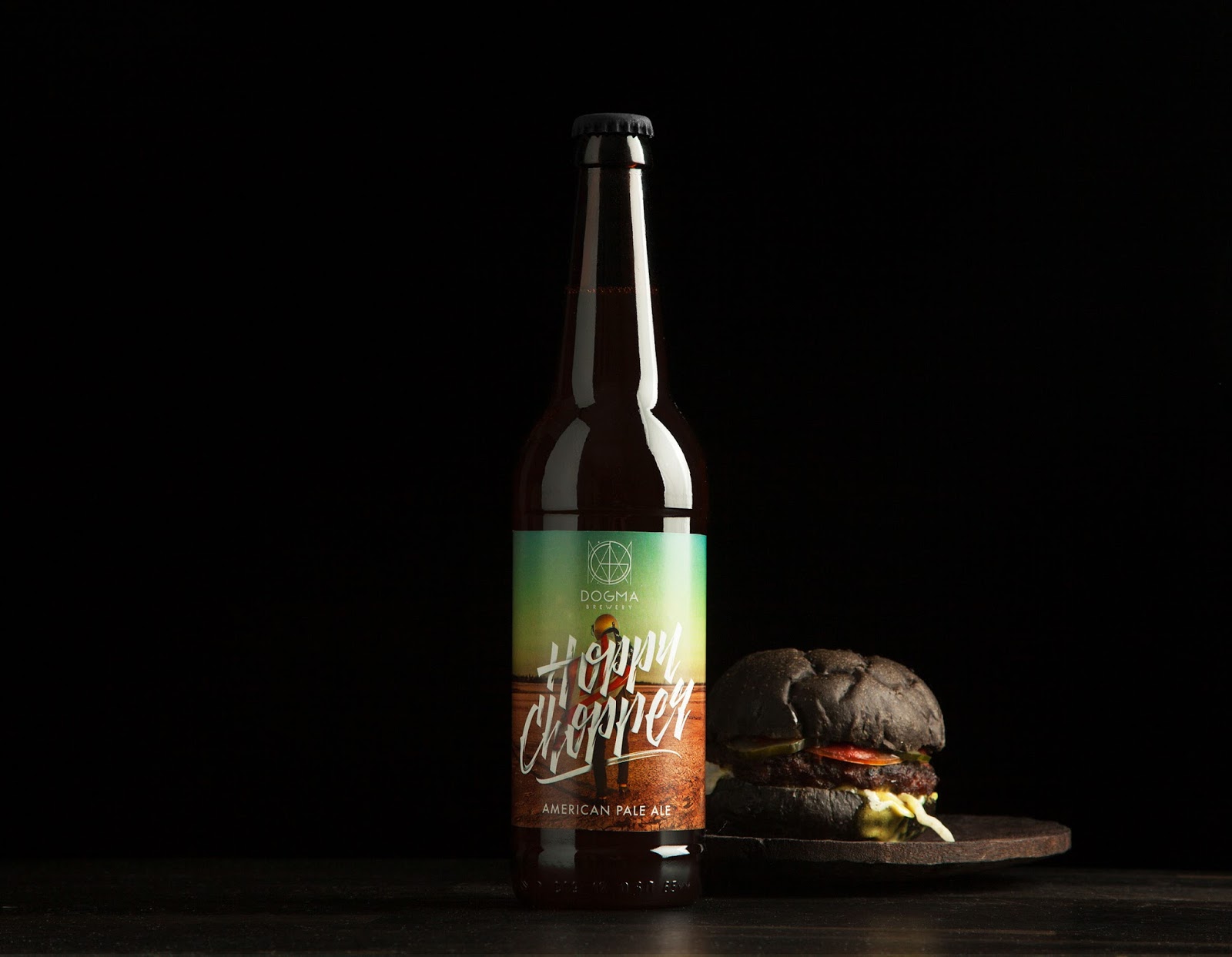 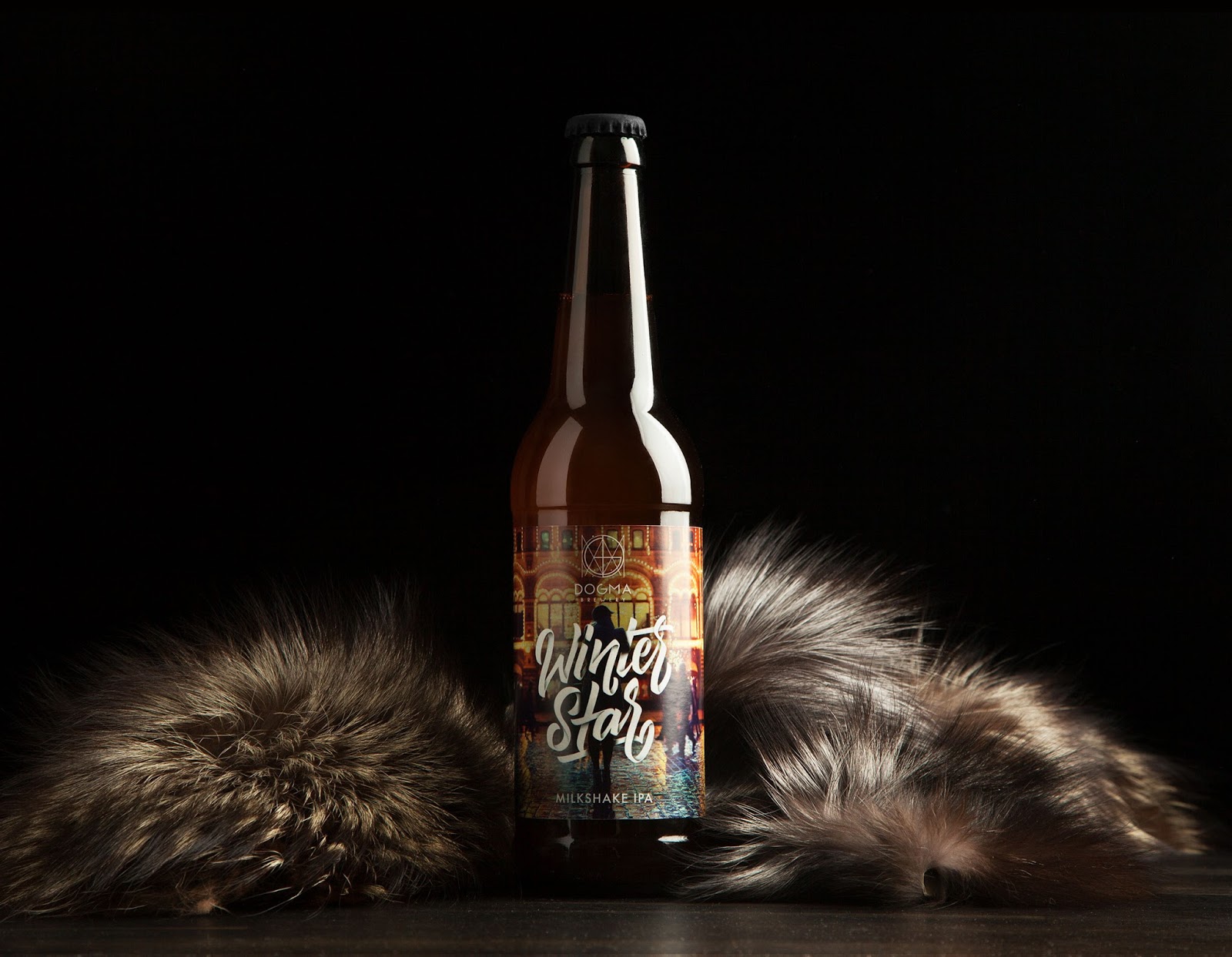 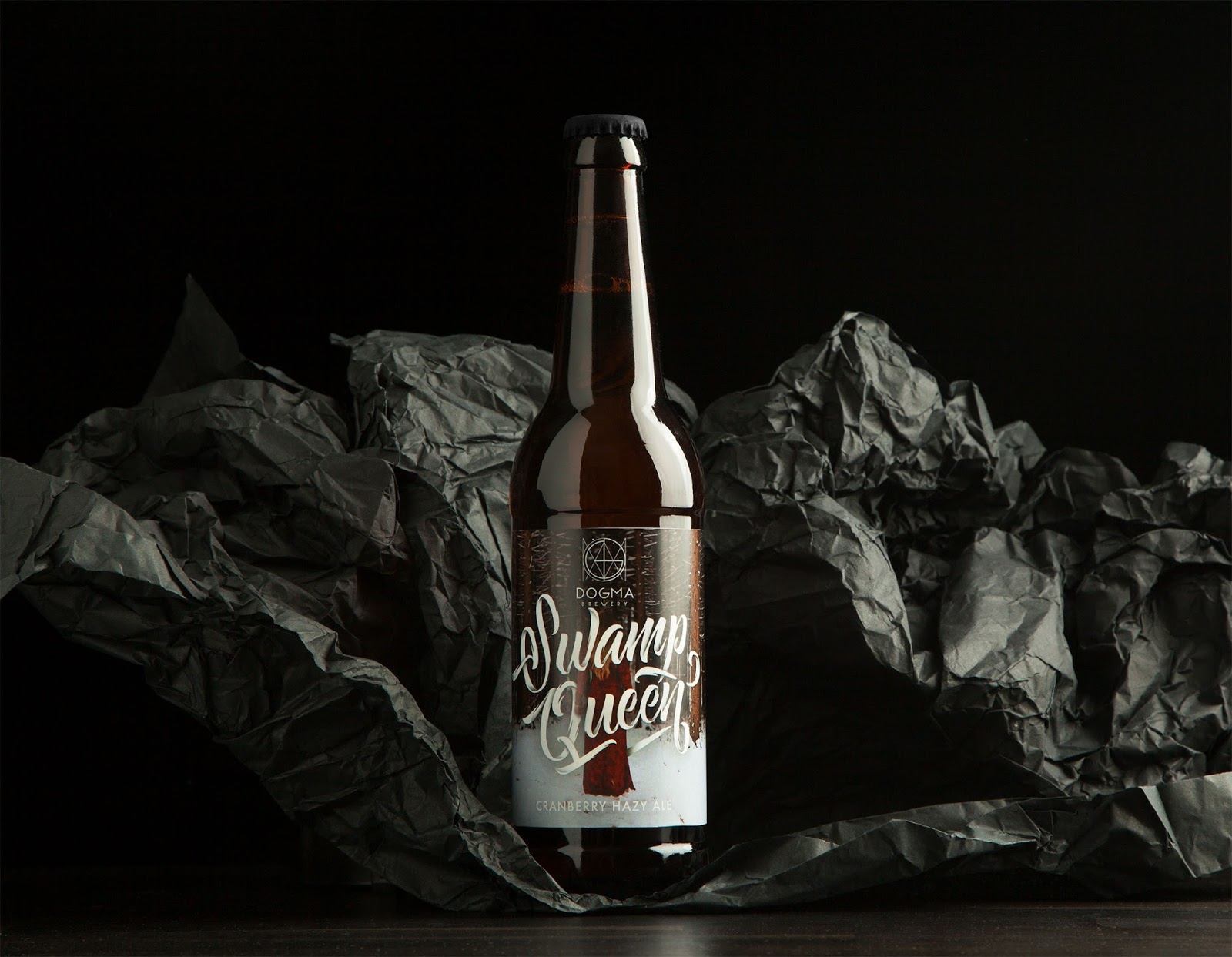 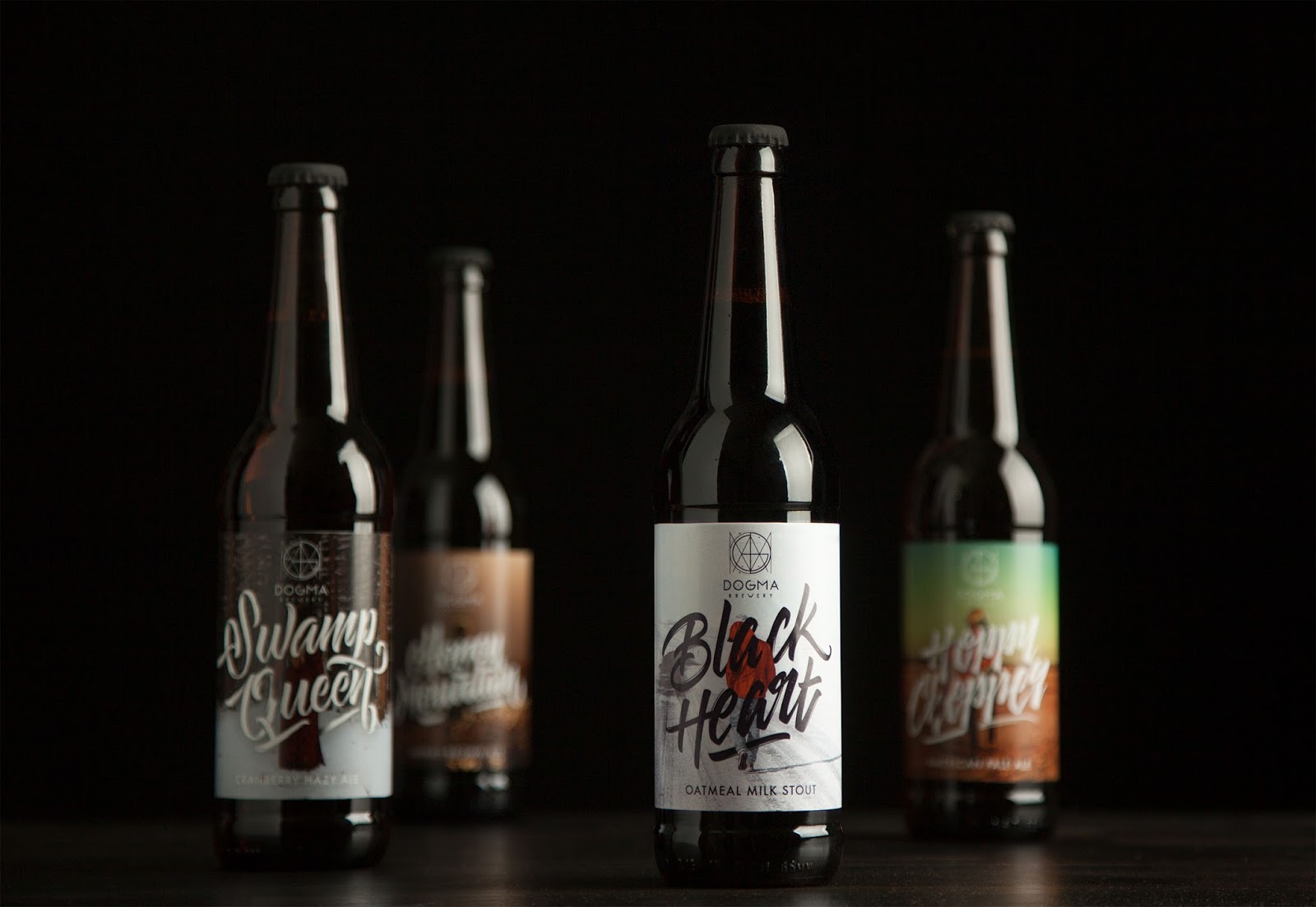 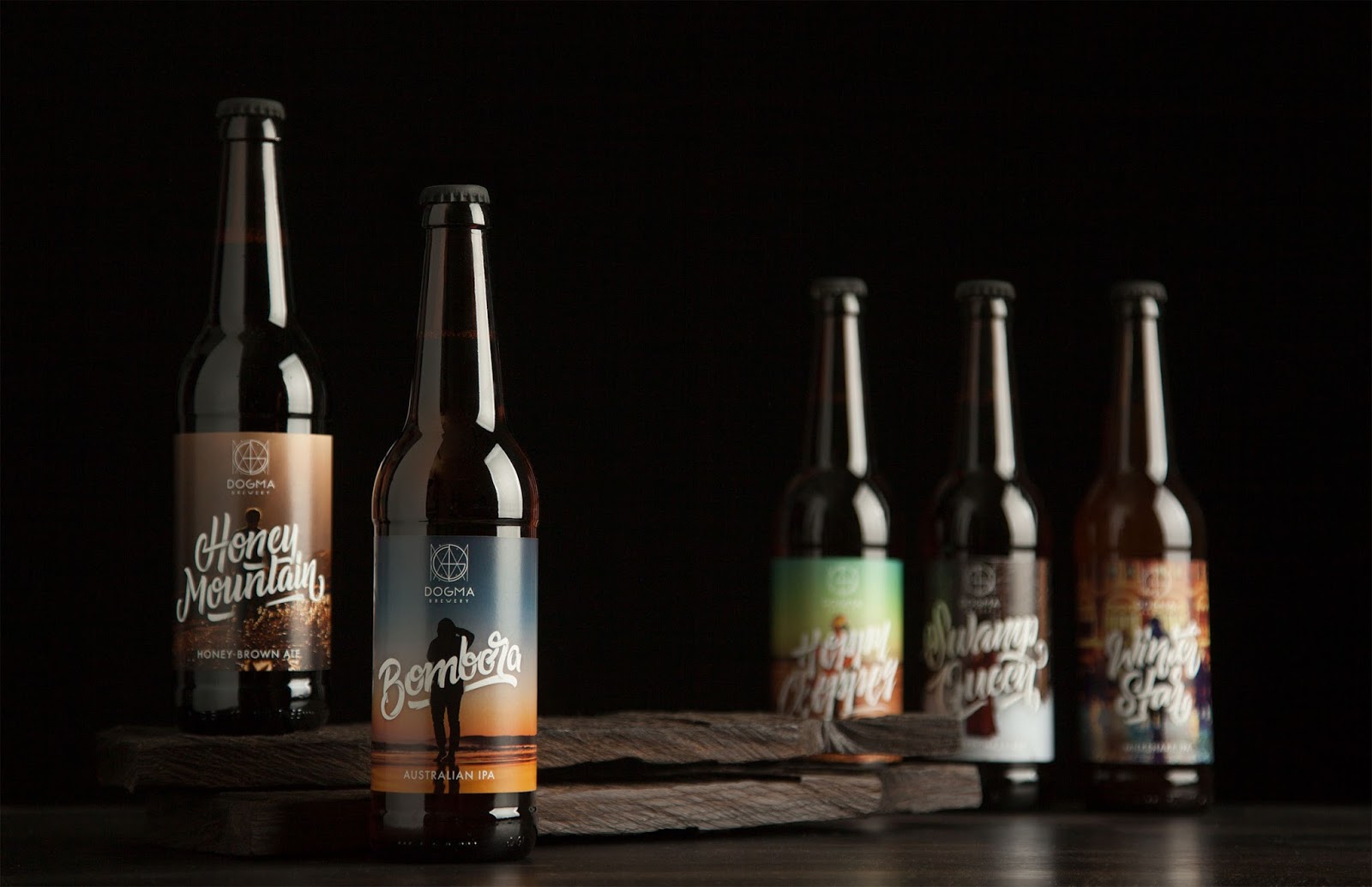 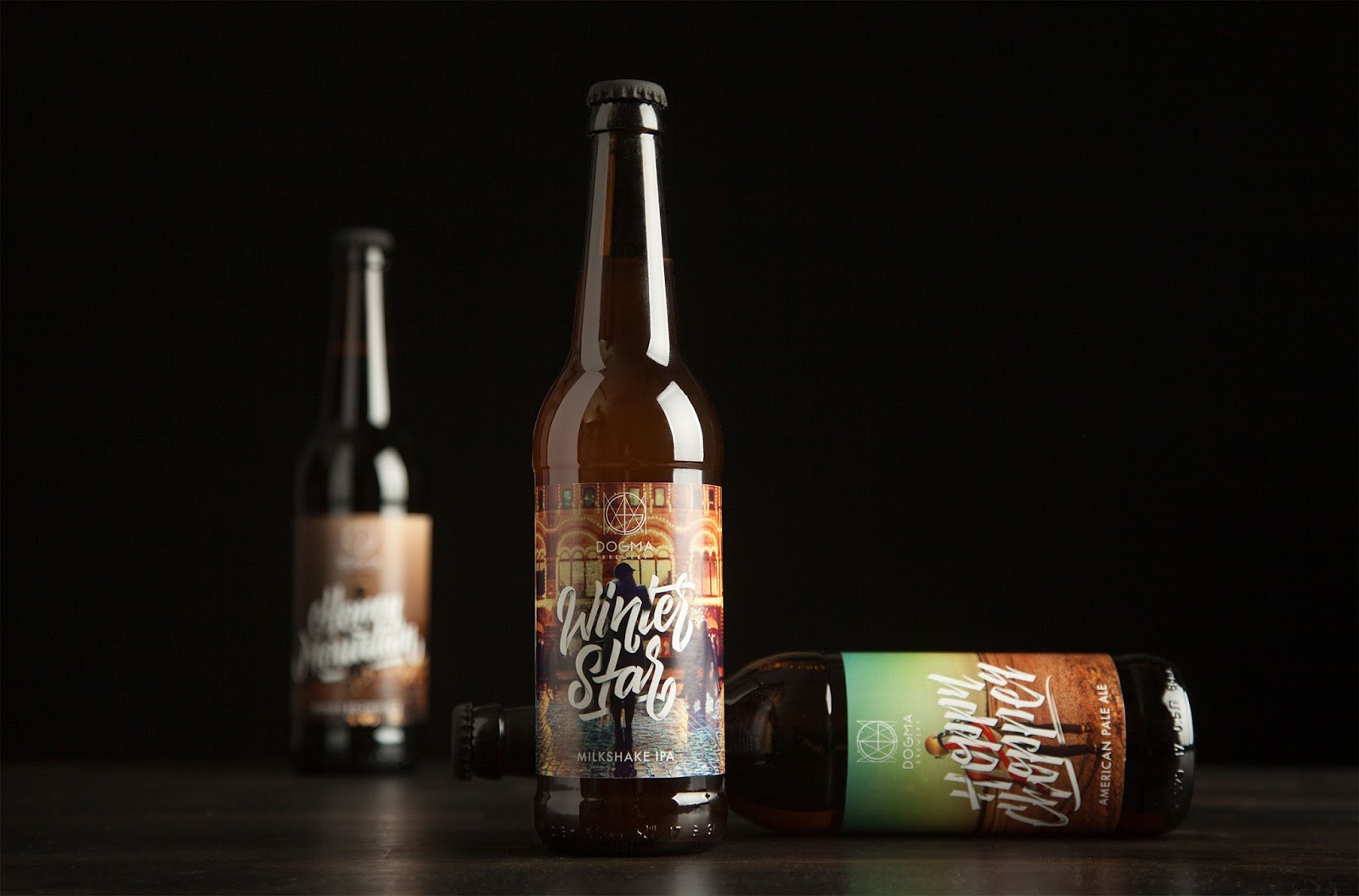 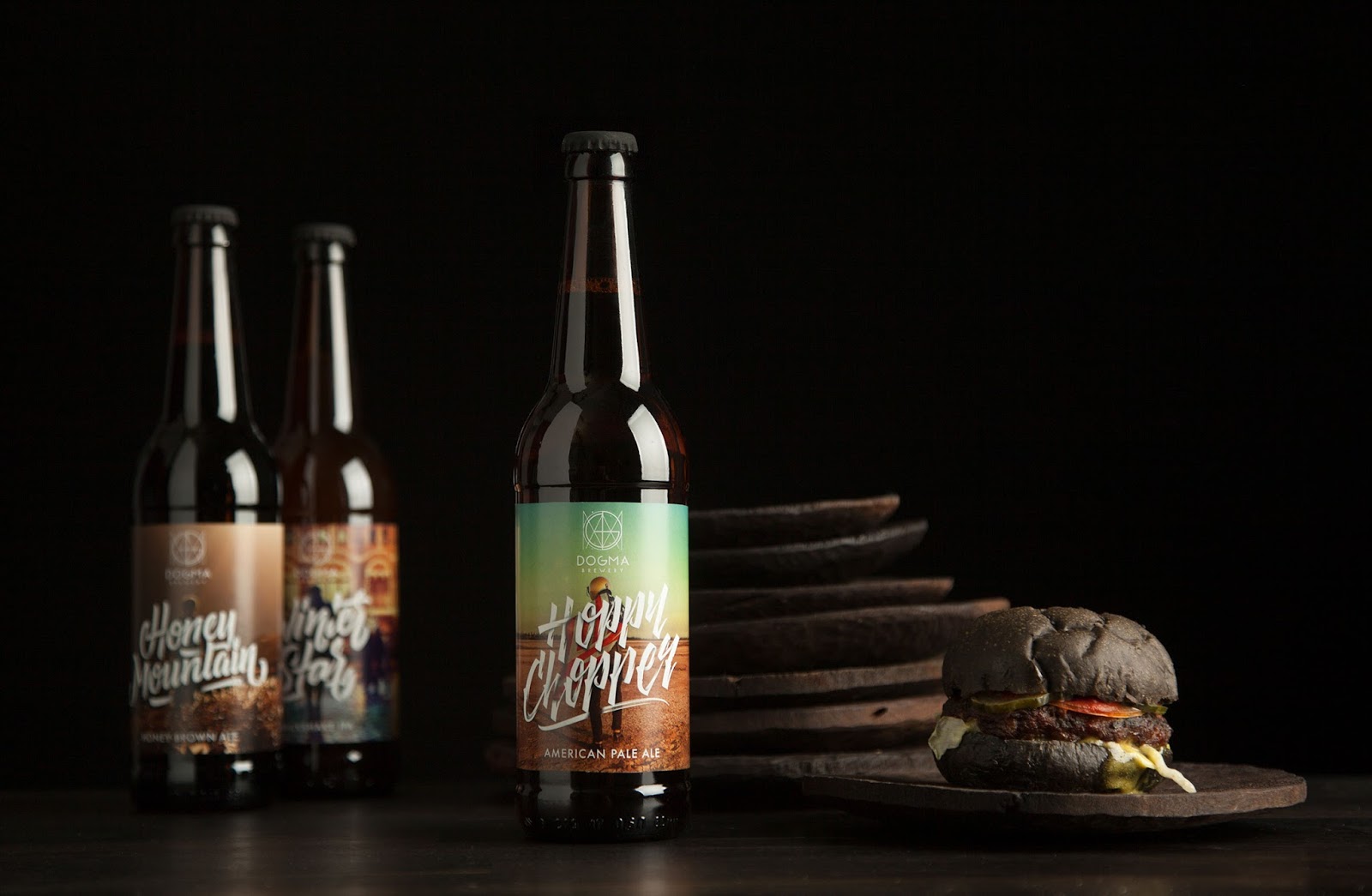 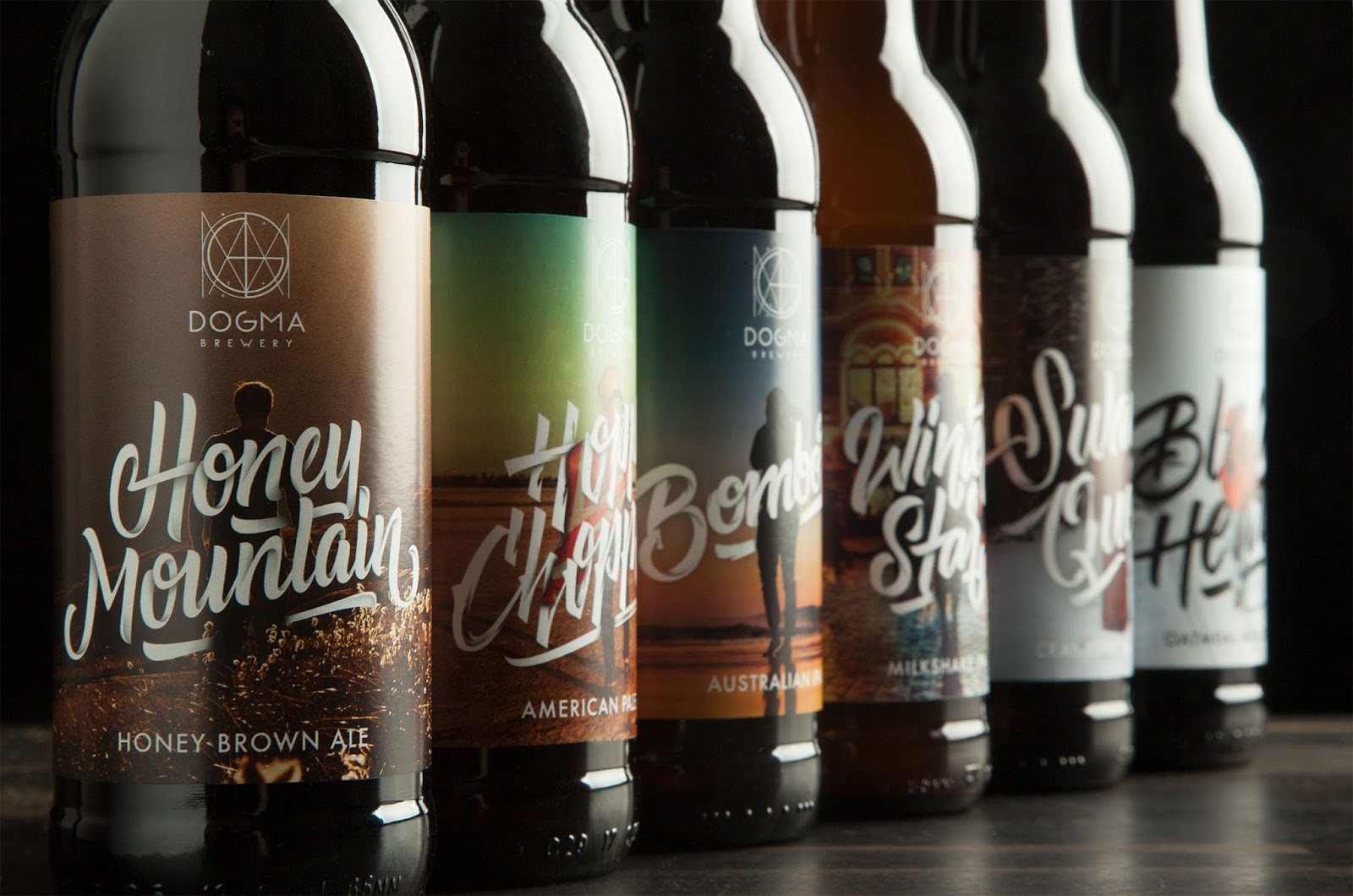 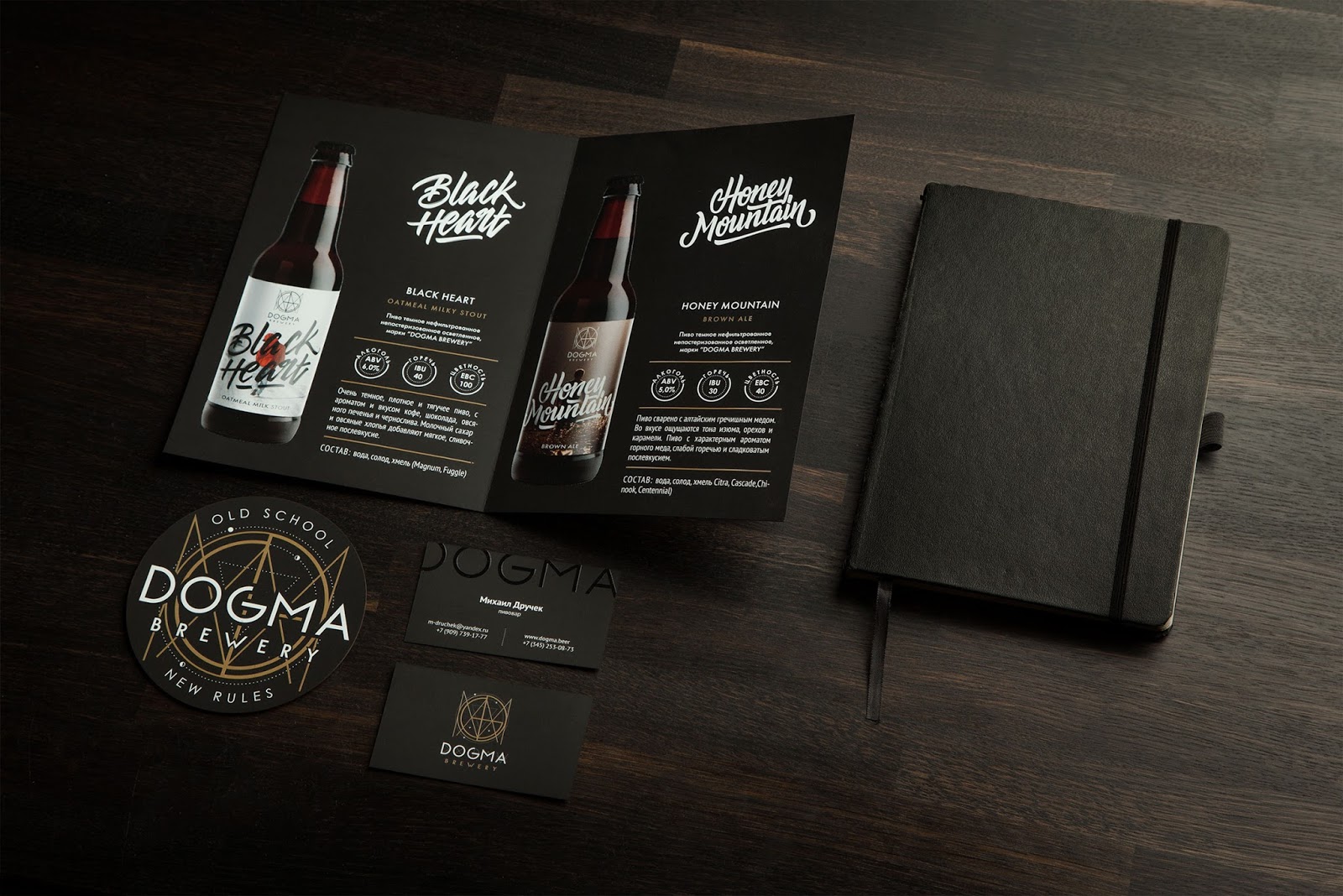 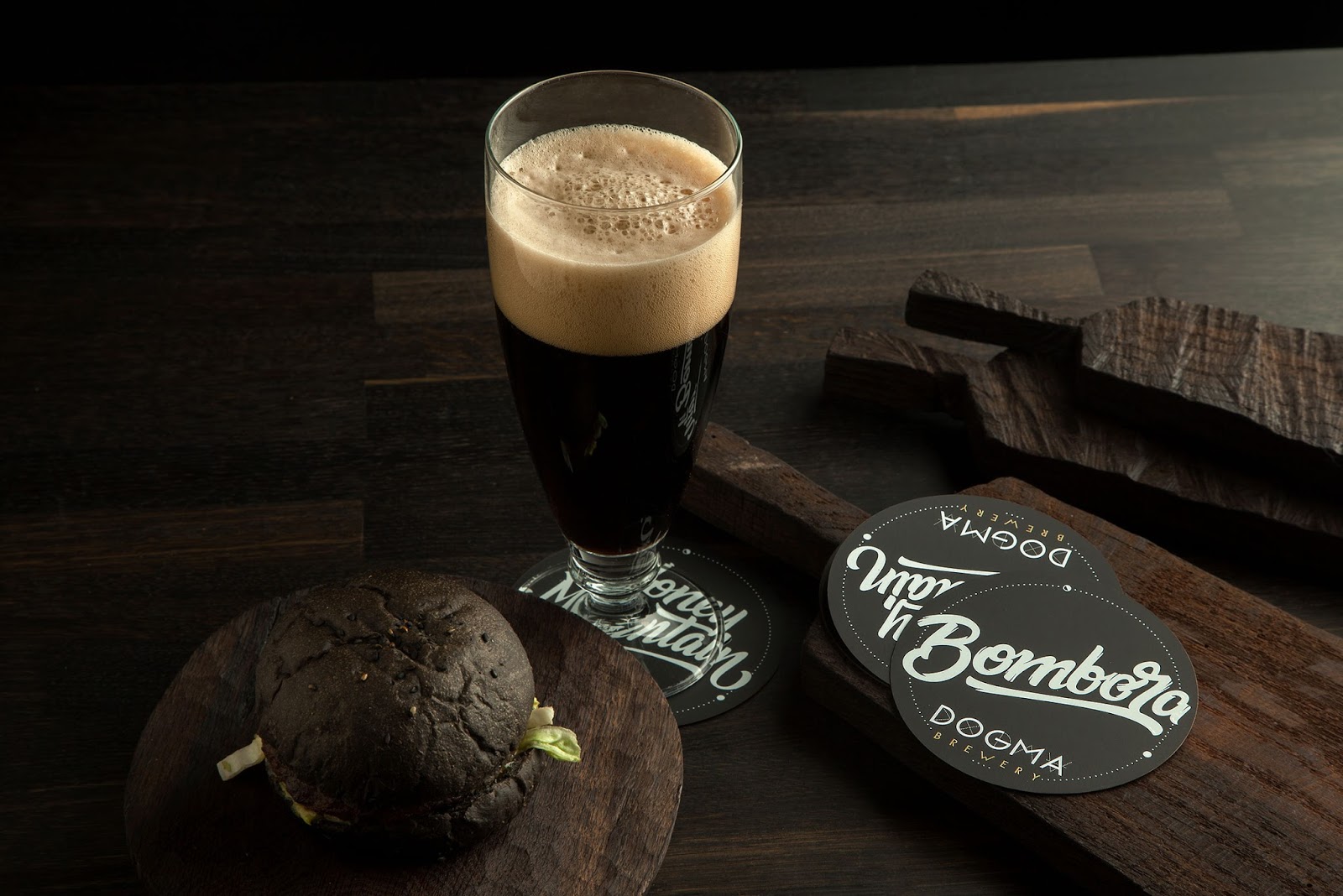 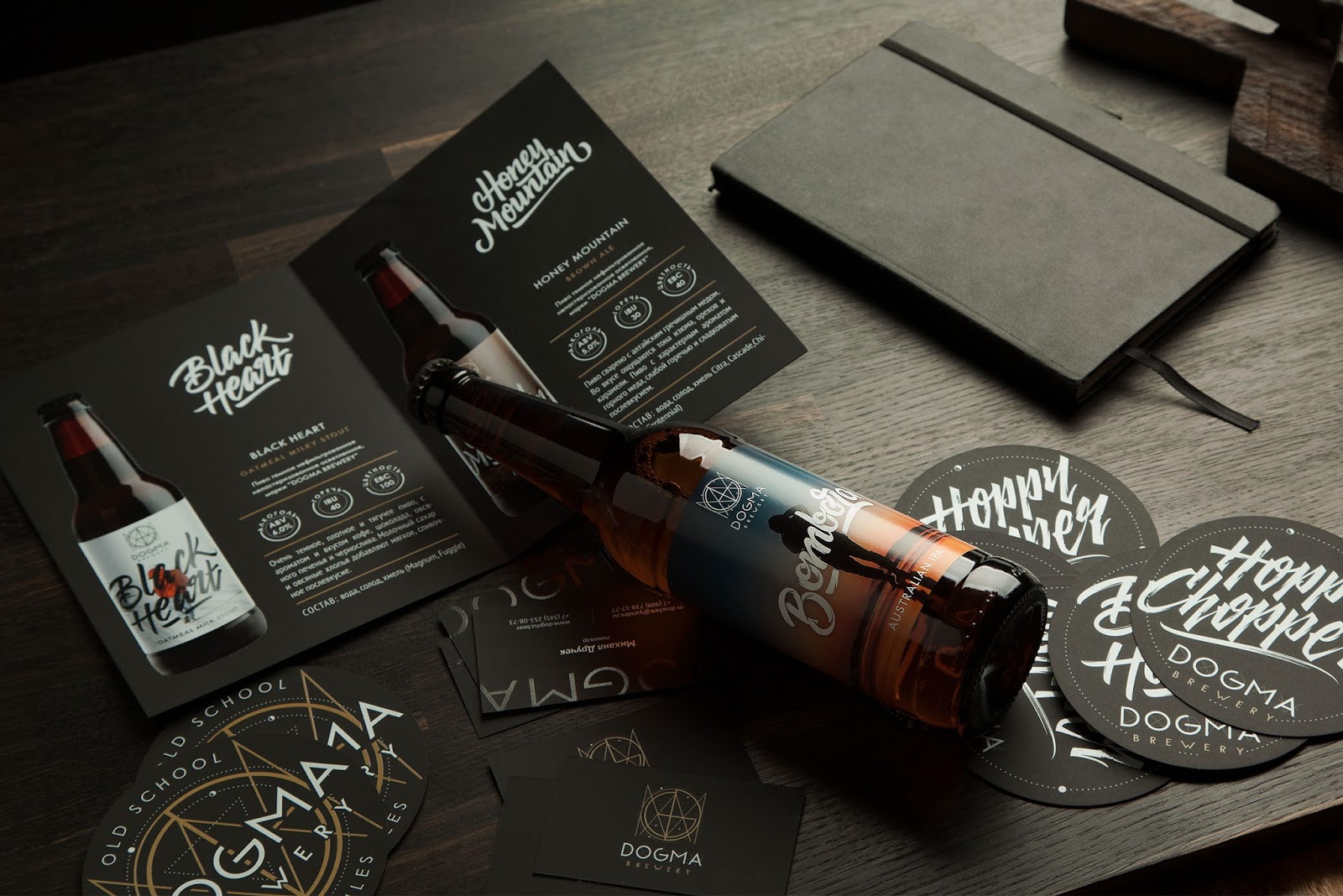 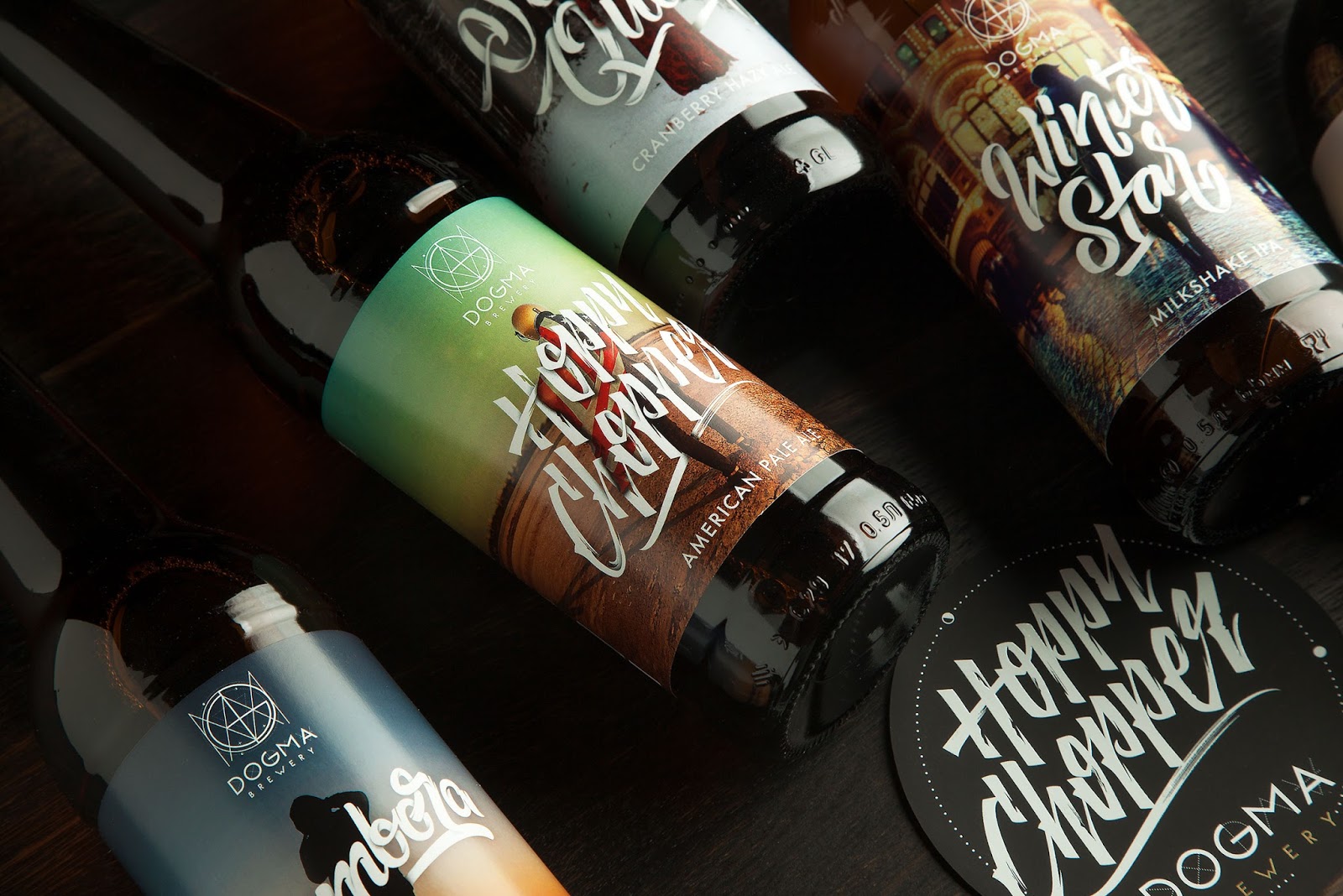 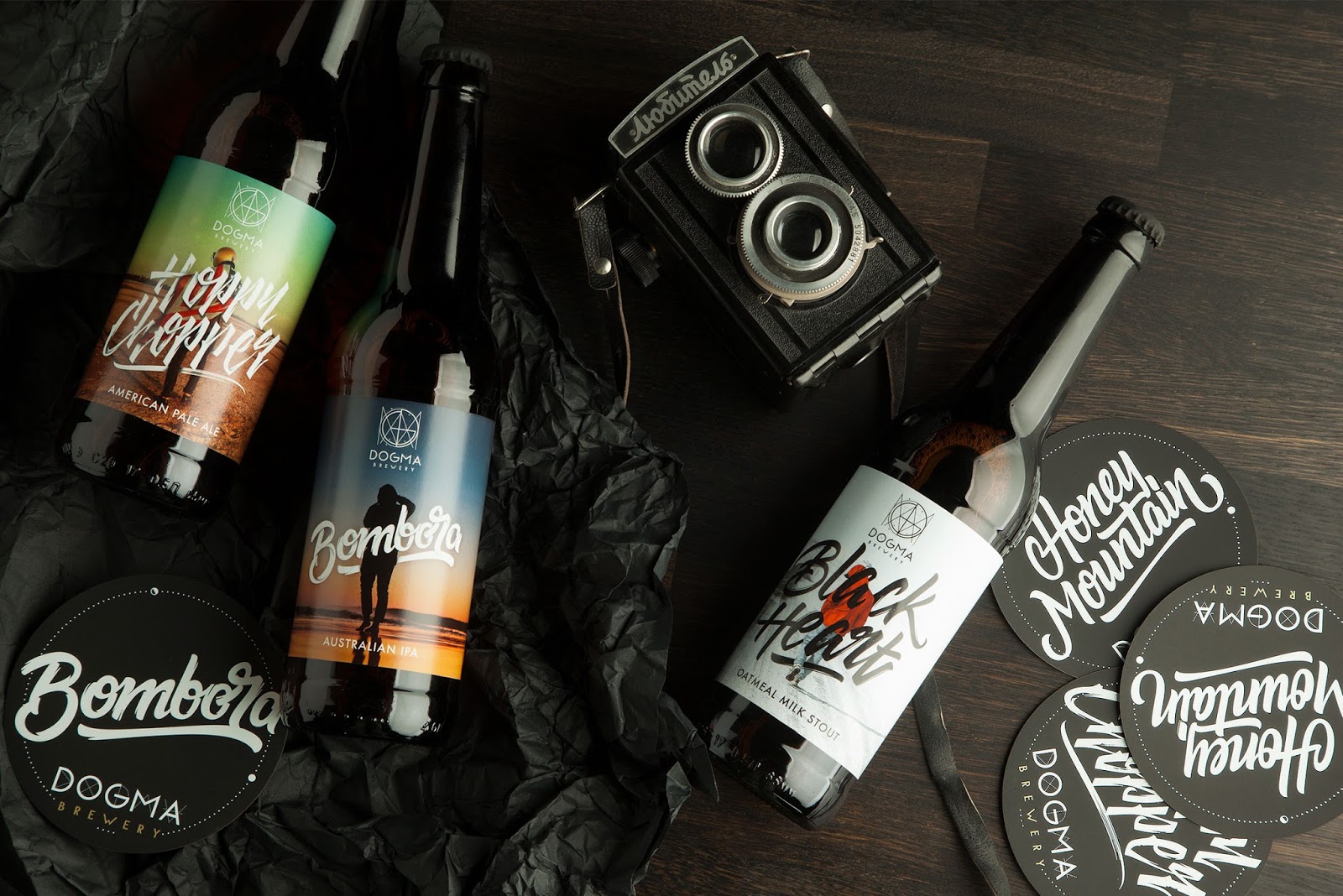 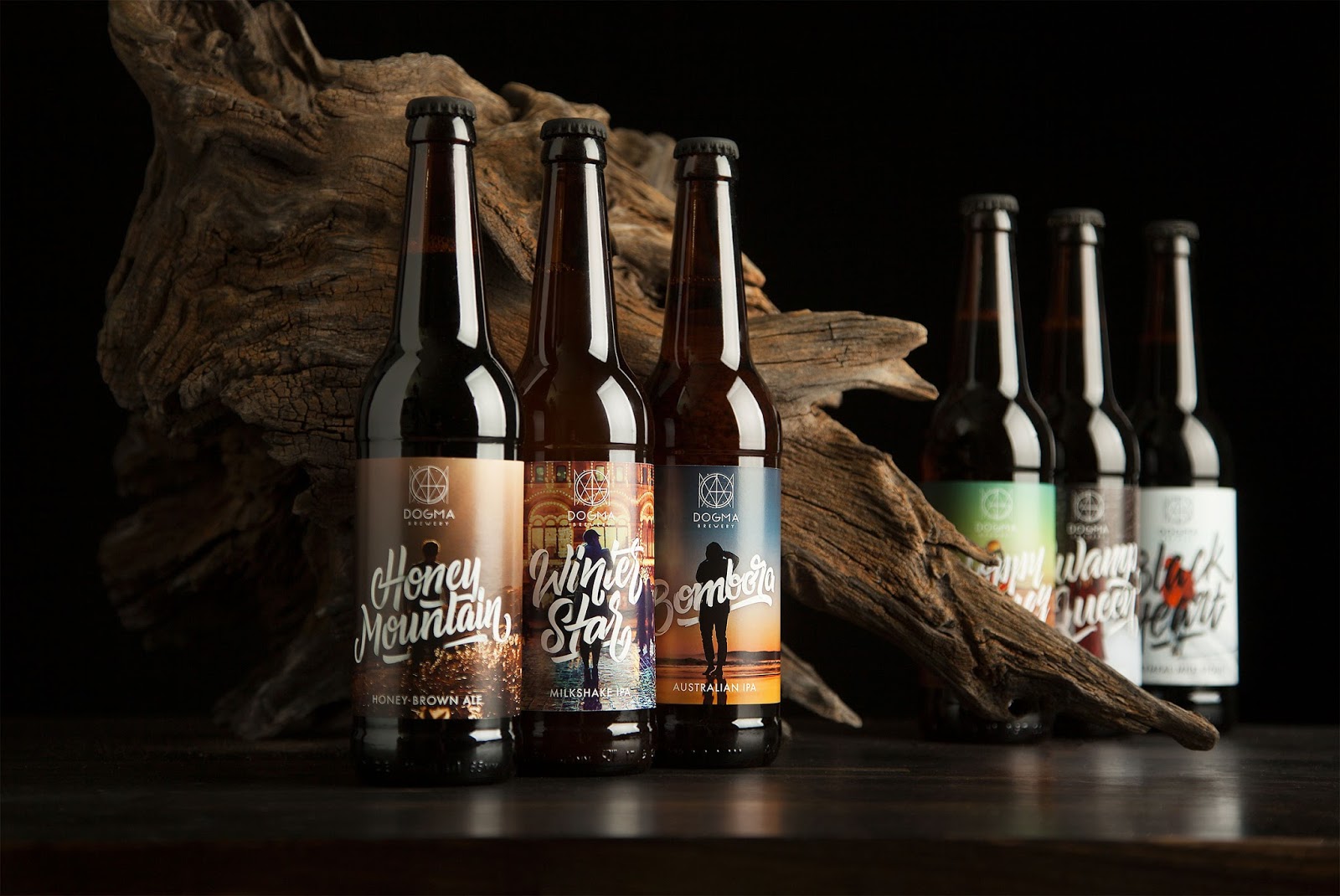 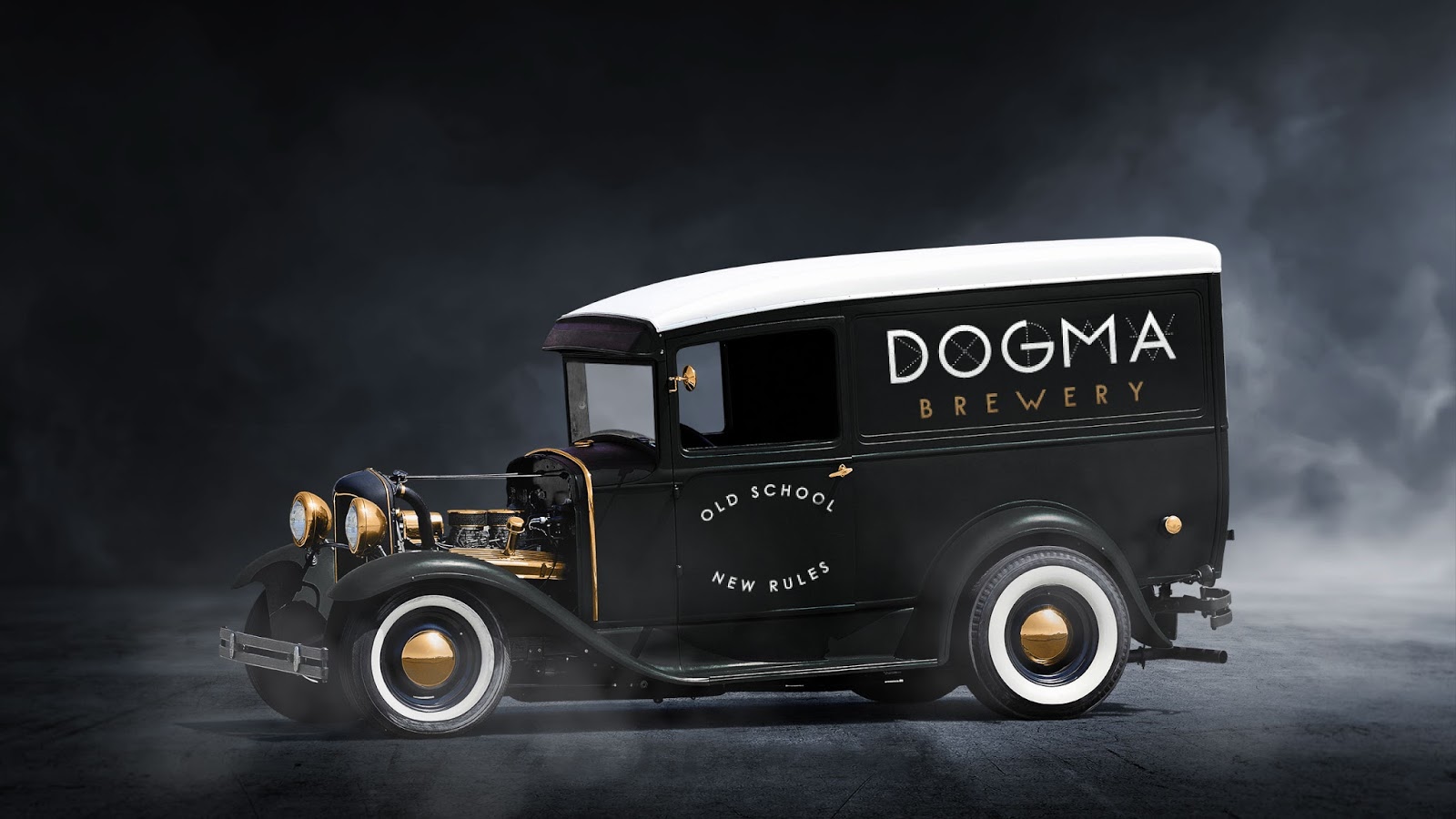