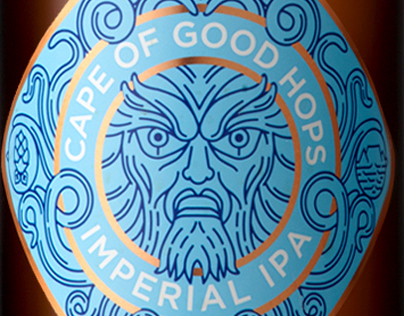 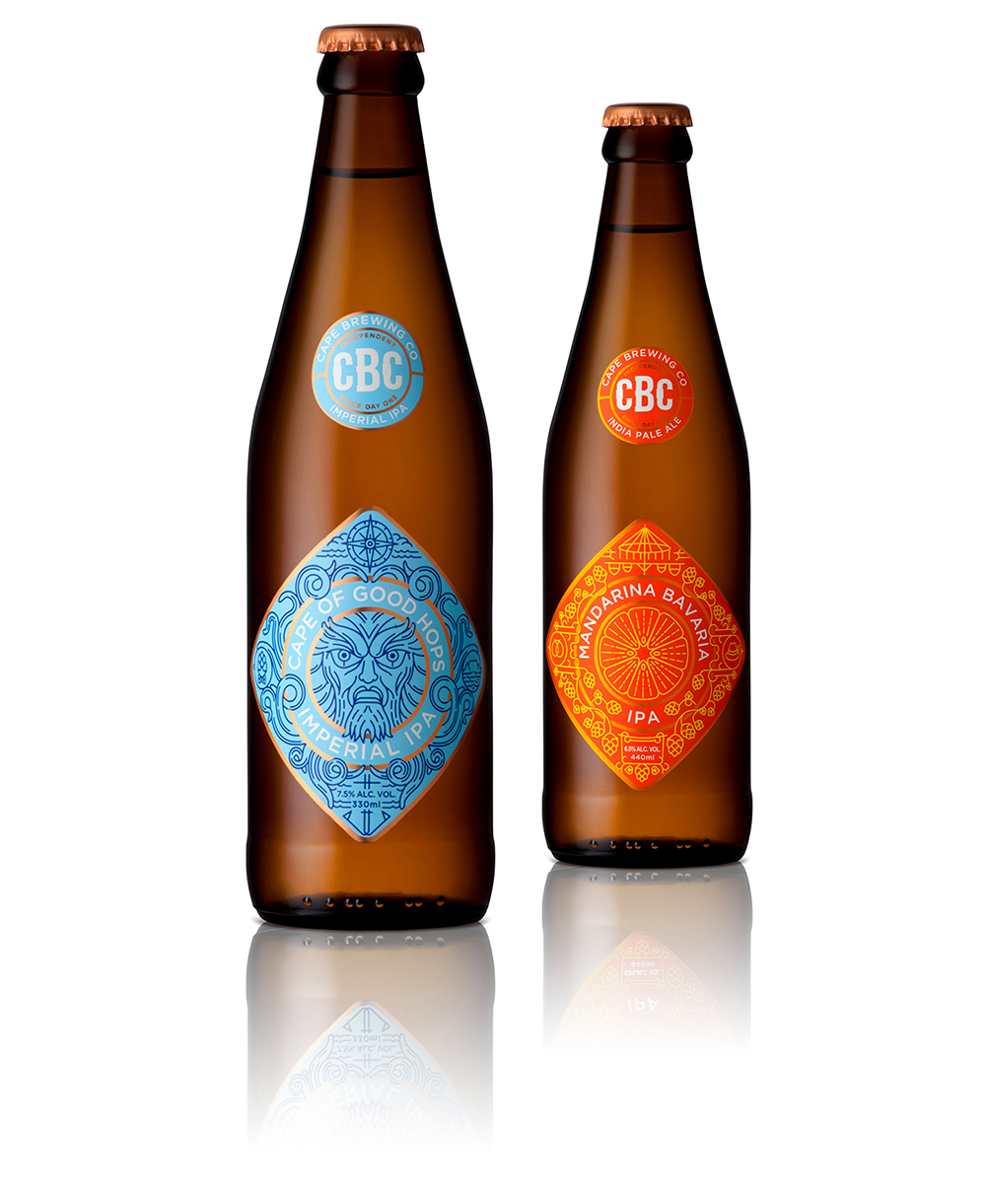 Inspired by the beautiful pipes running throughout CBC brewery, and the design of the CBC logo itself, we created 2 new special edition labels for their IPA range. 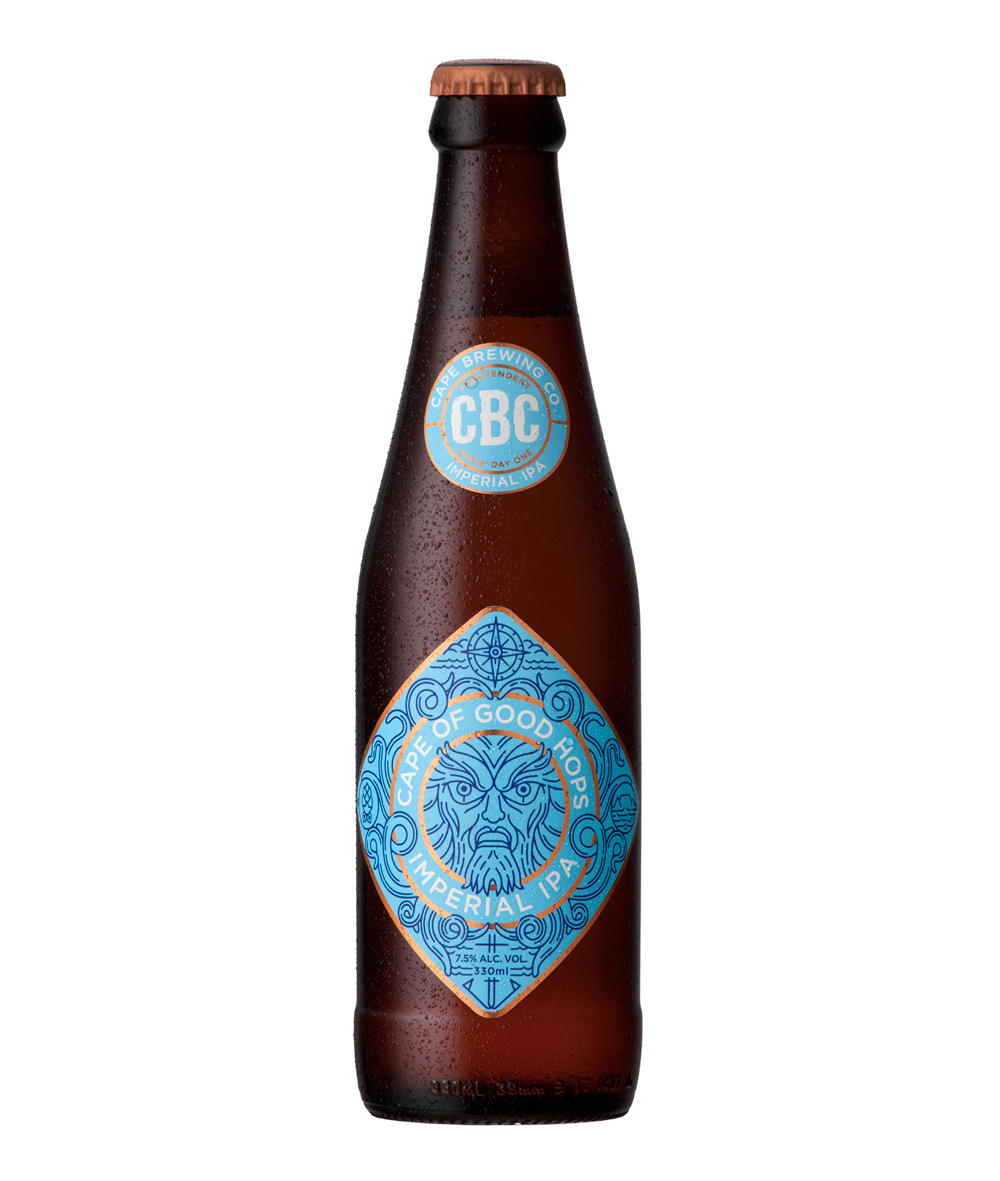 Cape of Good Hops Imperial IPA
Inspired by the origin of the classic Indian Pale Ale, and the passage of ships past the Cape of Good Hope. Adamastor, a Greek mythological character also known as the Spirit of the Cape, guarded the Indian Ocean from navigators around the Cape of Good Hope, with his threatening storms. This strong, imperial style IPA takes a hearty sailor to manage. 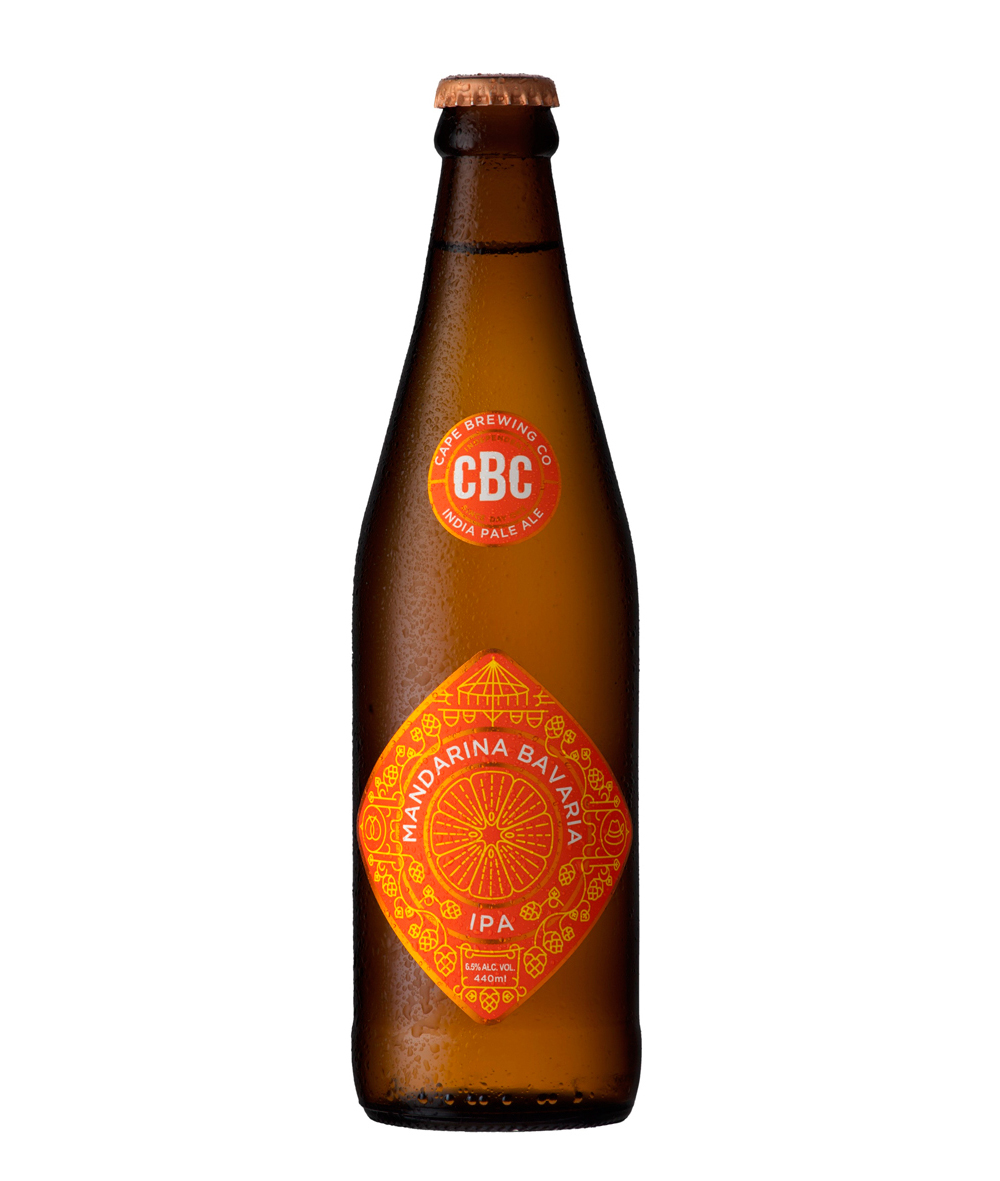 Mandarina Bavaria IPA
With a name taken from the main hops used in its a creation, Mandarina Bavaria is a fruit IPA with strong nectarine, naartjie and lemon notes. It is the first German-style IPA of its kind in Africa.