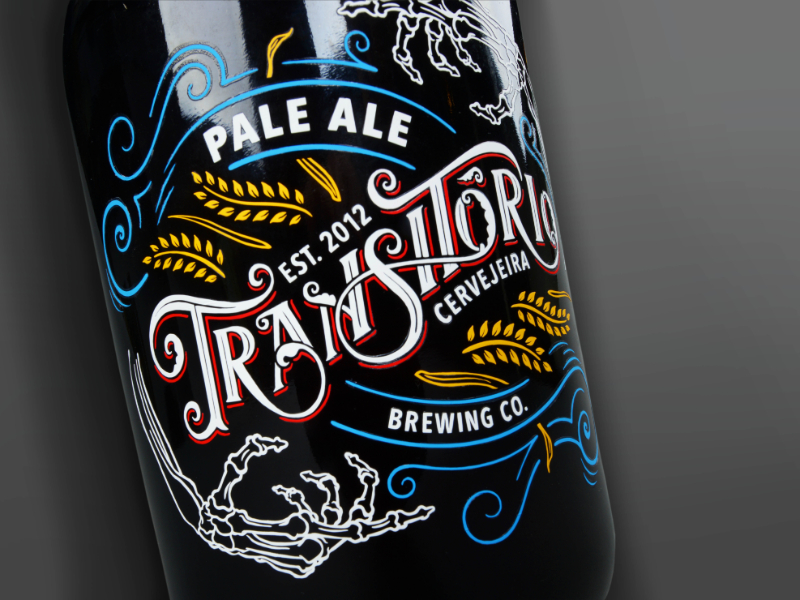 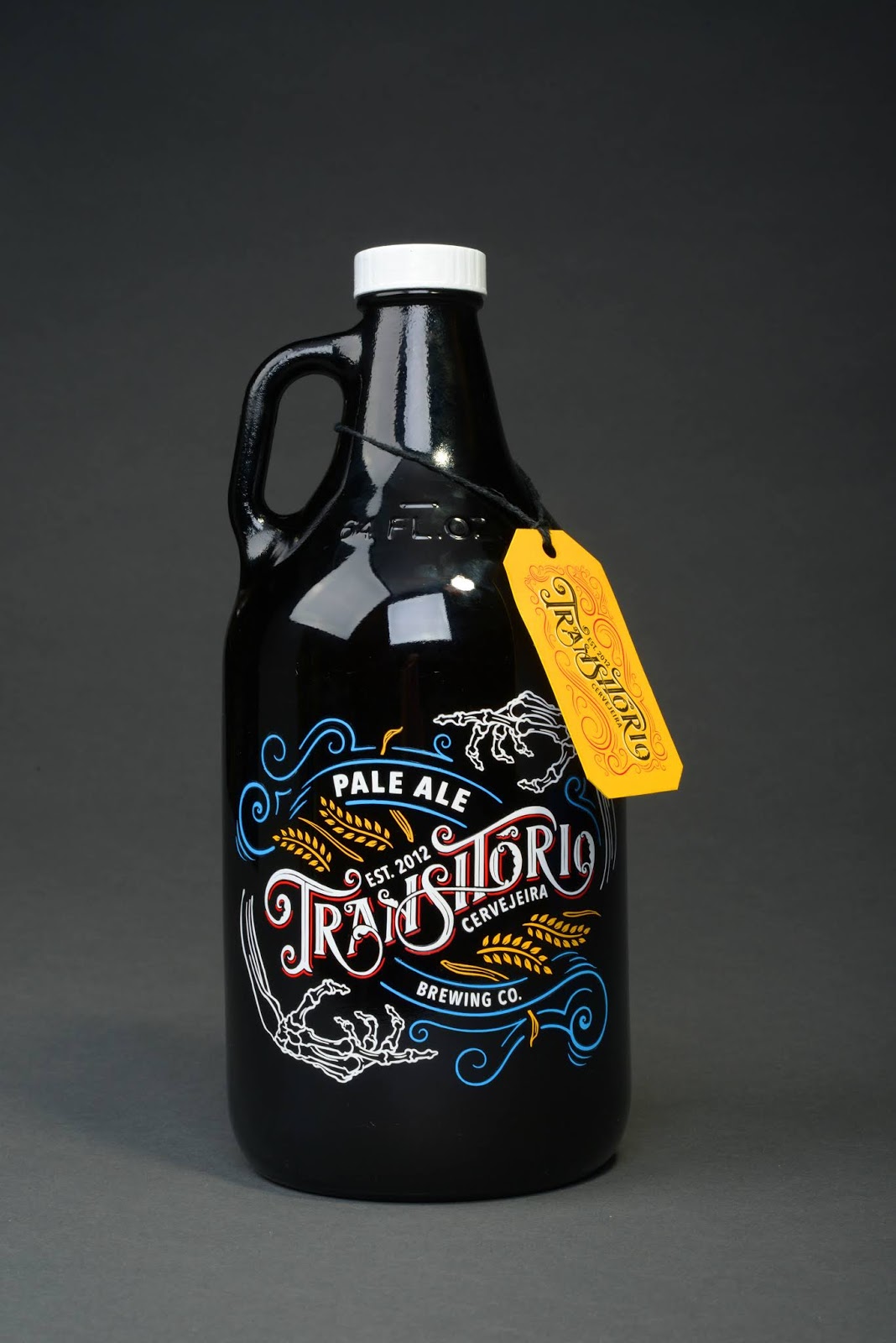 The inspiration for this bilingual project was drawn from the Capela Dos Ossos (Chapel of Bones) in Evora Portugal which displays the bones of hundreds of people for onlookers to see. The chapel became a monumental work of art, reminiscent of the traditional Vanitas pieces created to prod the speculation of the transitory nature of our lives. This trope is commonly used and traditionally summed up in the motto “Memento Mori” which translates to “remember, you must die”. The Chapel not only displays the physical ramification of death but also exhibits a thought-provoking poem for onlookers to read (see below). 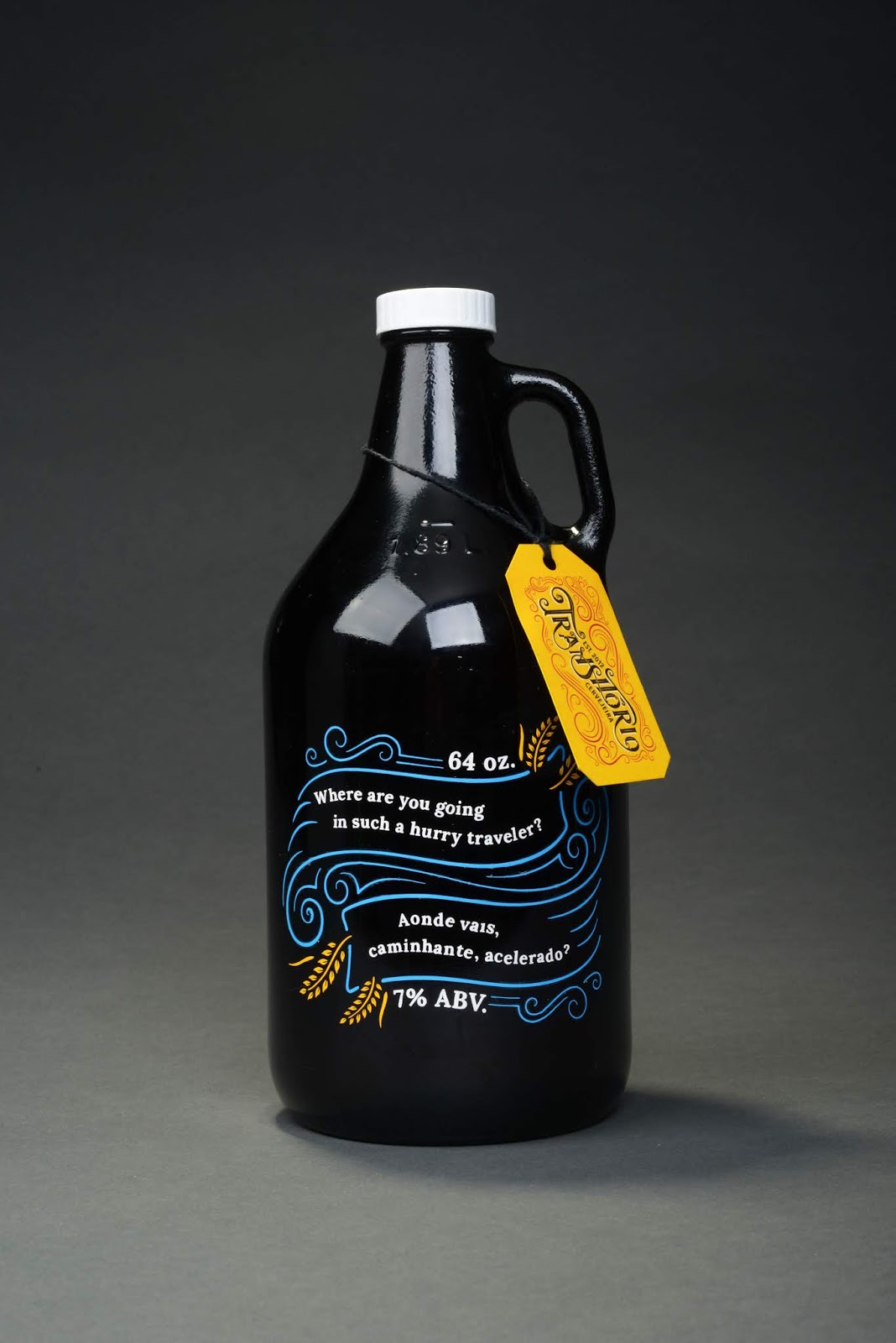 The history of Capela Dos Ossos, along with other Vanitas artworks and themes, brought much of the inspiration for this project. The objective was to create a growler design that brought new energy to the traditional Vanitas symbols through stylized illustration and hand-drawn lettering.

The process began with hand drawing a typographic logo for the product. During this time, each ligature connection was developed. After digitizing it in Adobe Illustrator, the negative space and serifs were introduced. The illustrations were crafted to weave around the typography and create the illusion of a figure eight which suggests the unending cycle of life. 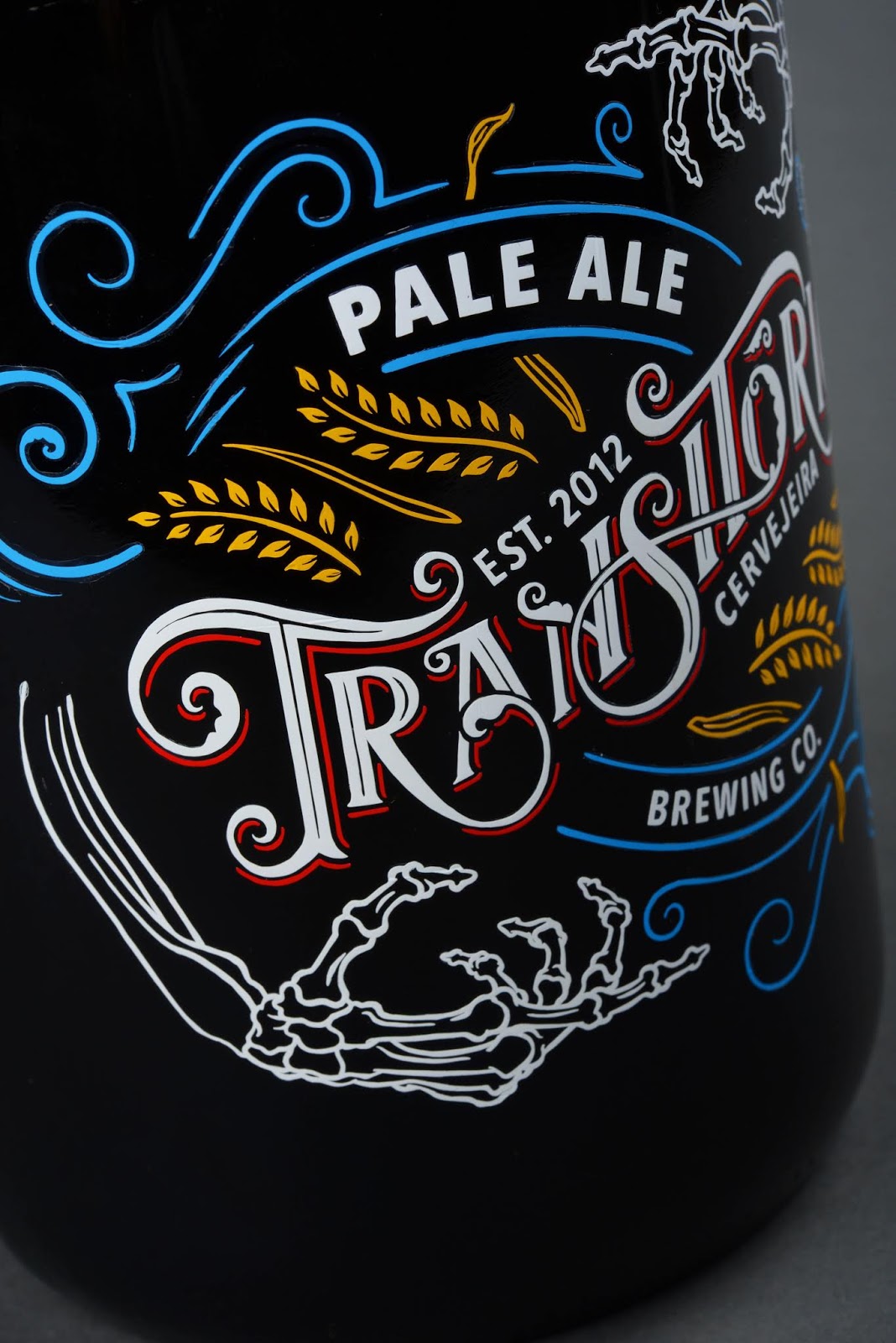 The poem within the Capela Dos Ossos

Where are you going in such a hurry traveler?
Stop … do not proceed;
You have no greater concern,
Than this one: that on which you focus your sight.

Recall how many have passed from this world,
Reflect on your similar end,
There is good reason to reflect
If only all did the same.

Ponder, you so influenced by fate,
Among the many concerns of the world,
So little do you reflect on death;

If by chance you glance at this place,
Stop … for the sake of your journey,
The more you pause, the more you will progress. 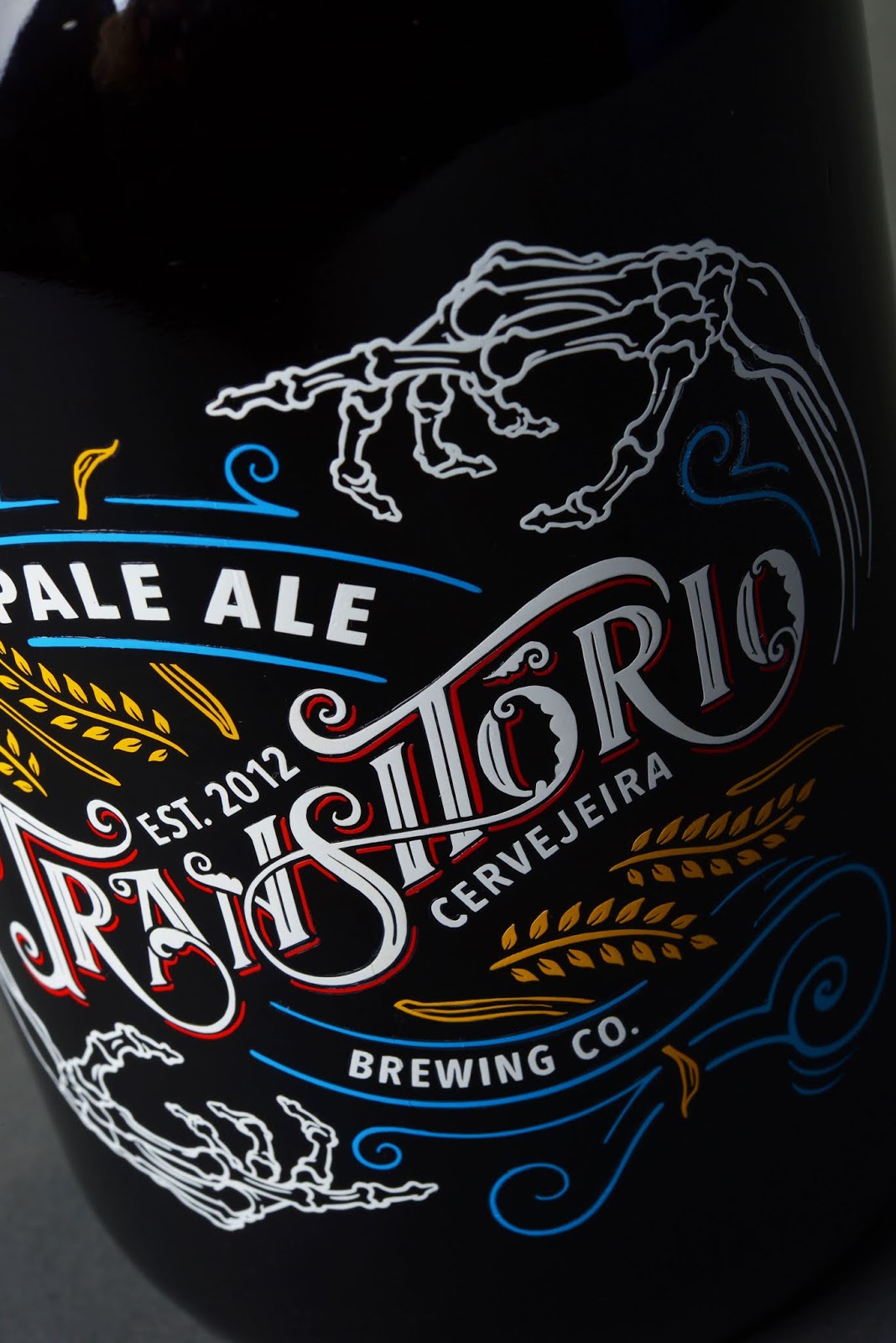 What’s Unique?
The theme of Transitorio is meant to encourage consumers to reflect on life and savor each passing moment. With a good beer of course. 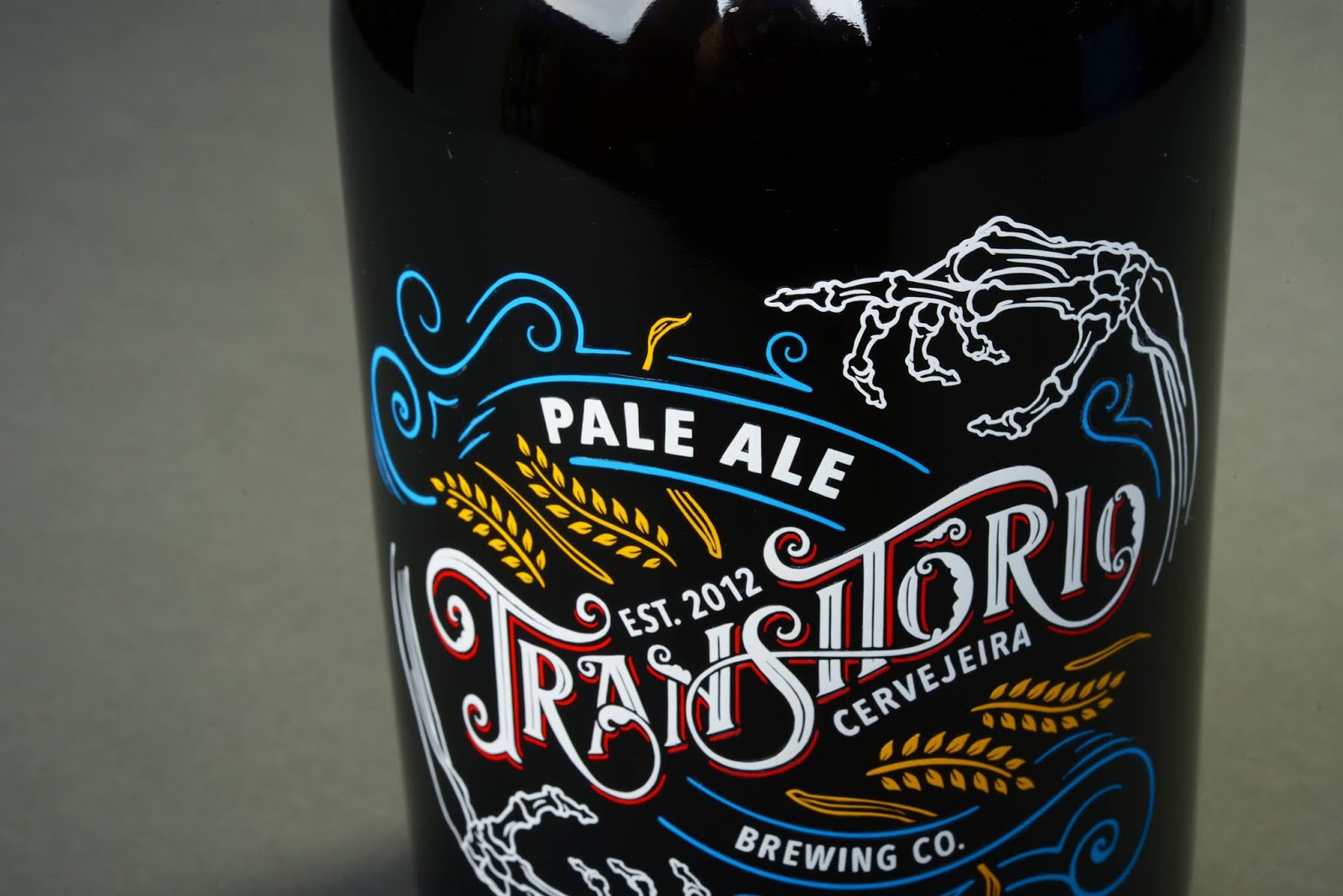