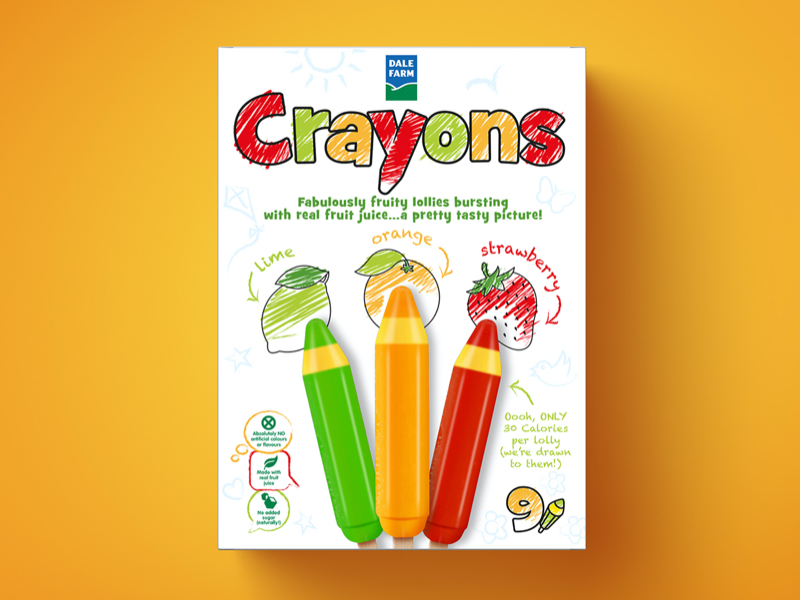 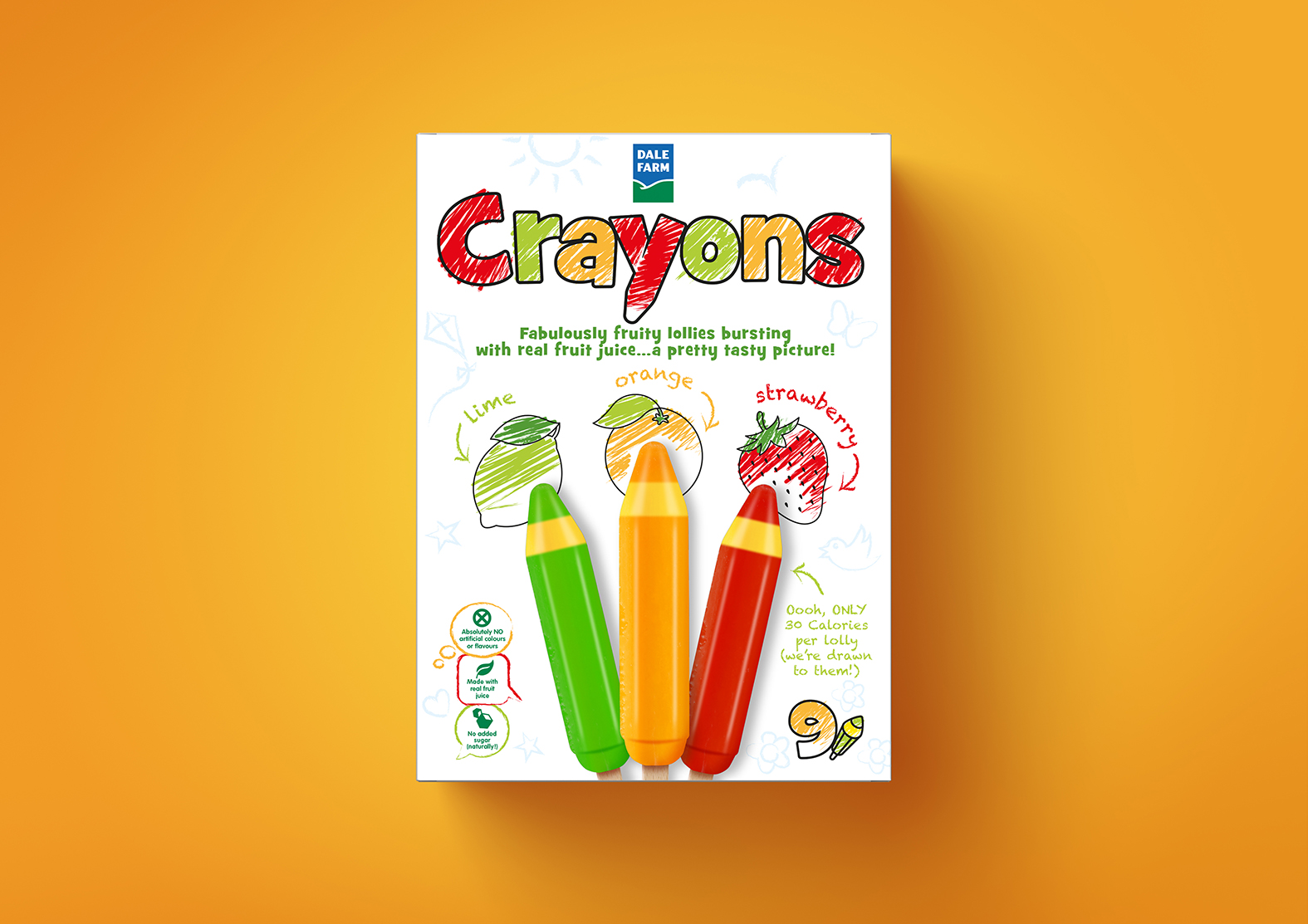 Simon Pendry Creative were asked by their client to create the branding and packaging for a new range of kid’s fruit juice ice lollies to be called ‘Crayons’. The brief was to create a brand that reflected their products very unique shape and fun nature, but also the fact that they are made from real fruit juice and include ‘no nasties’ in their recipes… a big plus point for parents.

Simon Pendry Creative drew inspiration from old-school colouring books for this one, featuring the ice lollies ‘colouring-in’ the entire pack. The side of pack was left as an outline to encourage kids to do a bit of colouring-in of their own and enter their creations into an online competition driving interactivity and engagement with the brand. A lively ‘pun-filled’ tone of voice was developed reflecting the brands light-hearted nature, and bringing a smile to the consumer’s face. 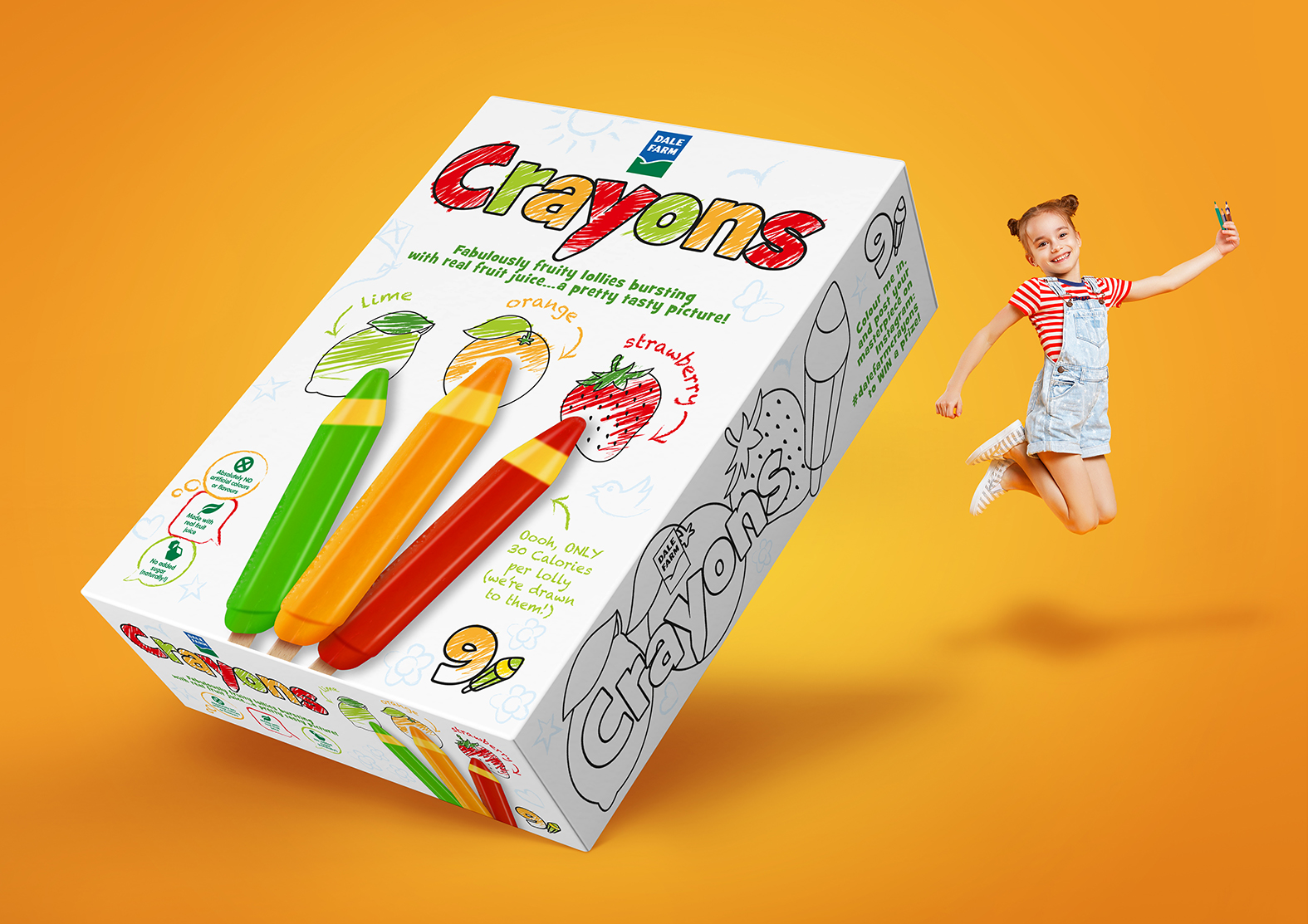 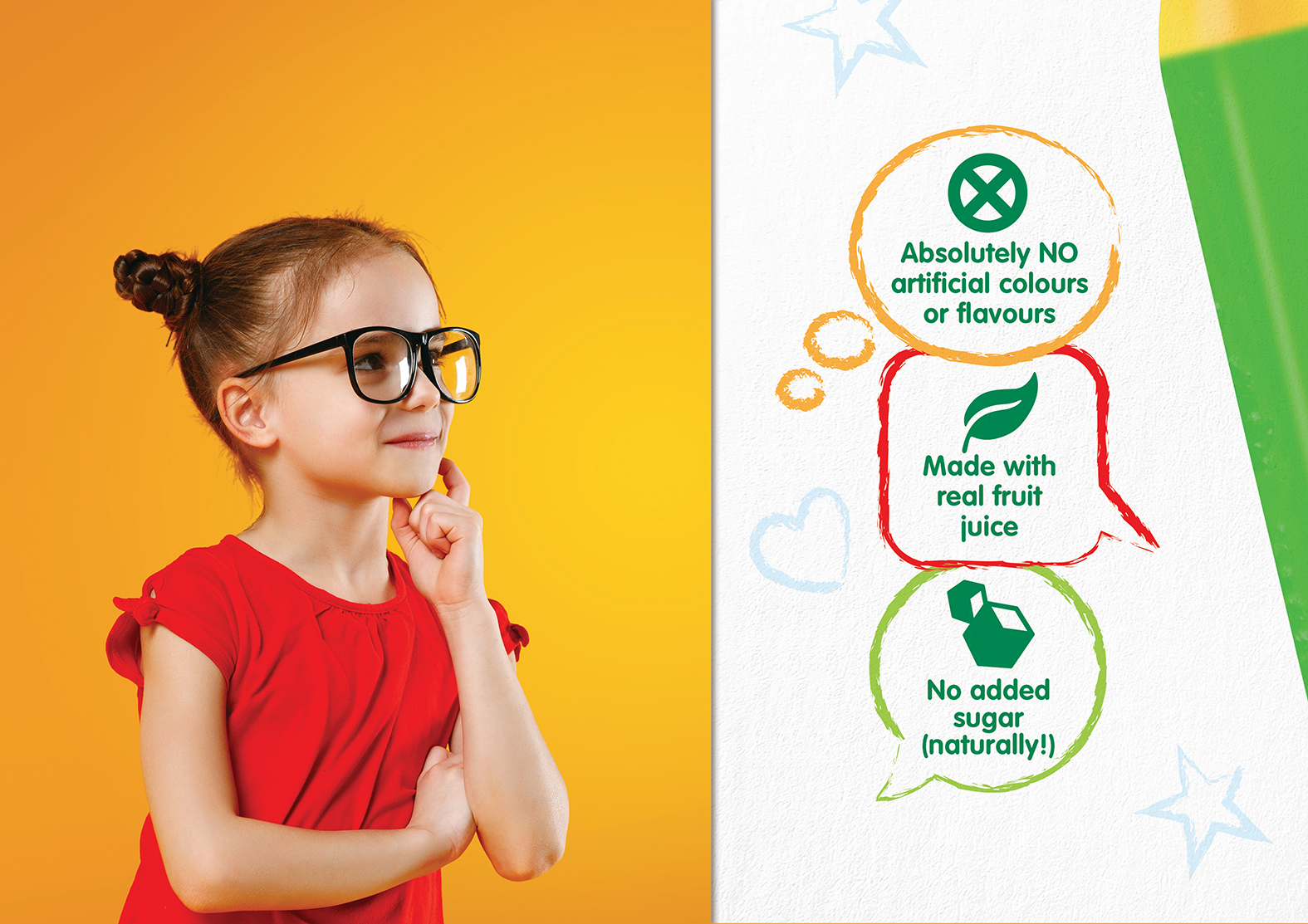 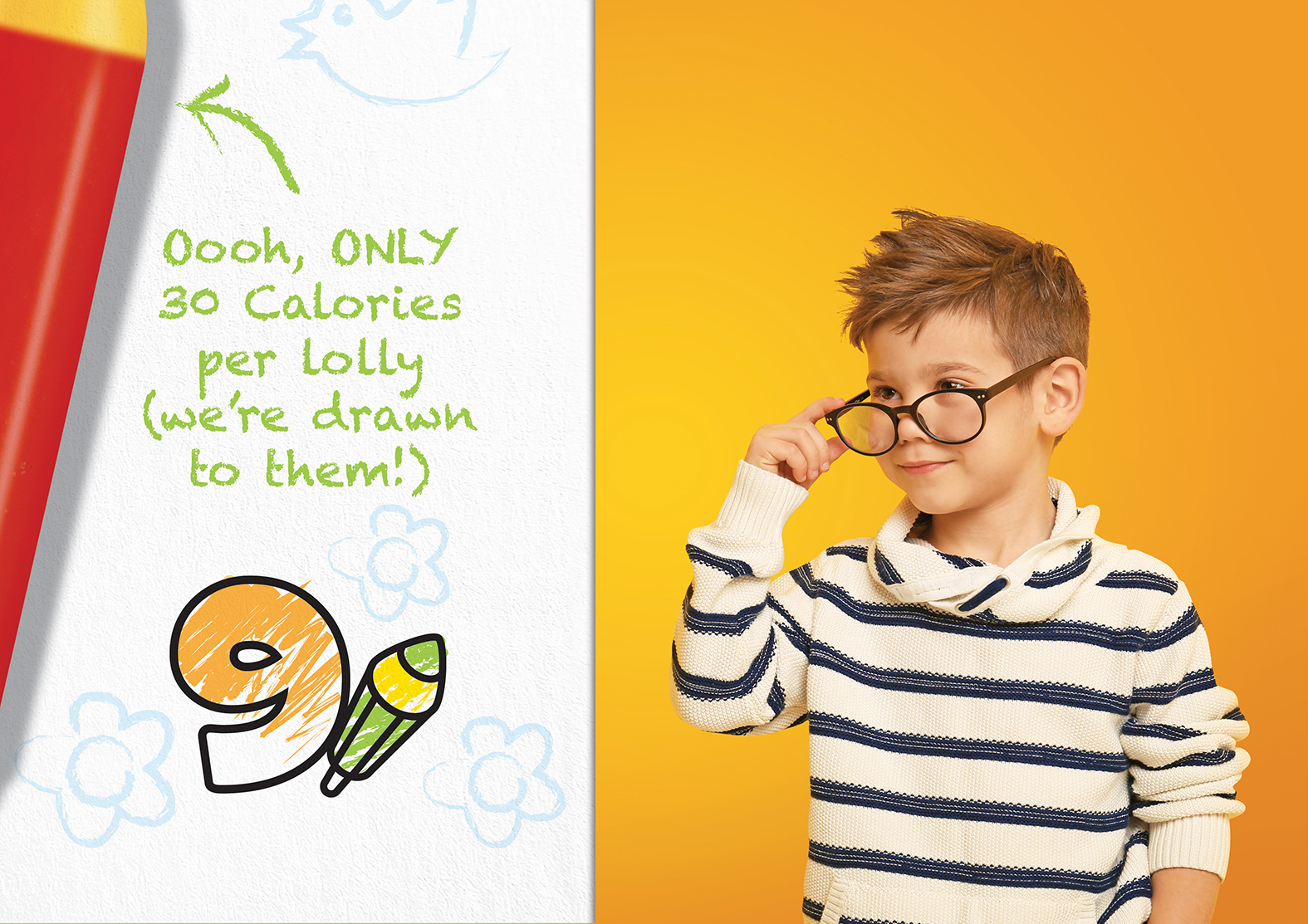 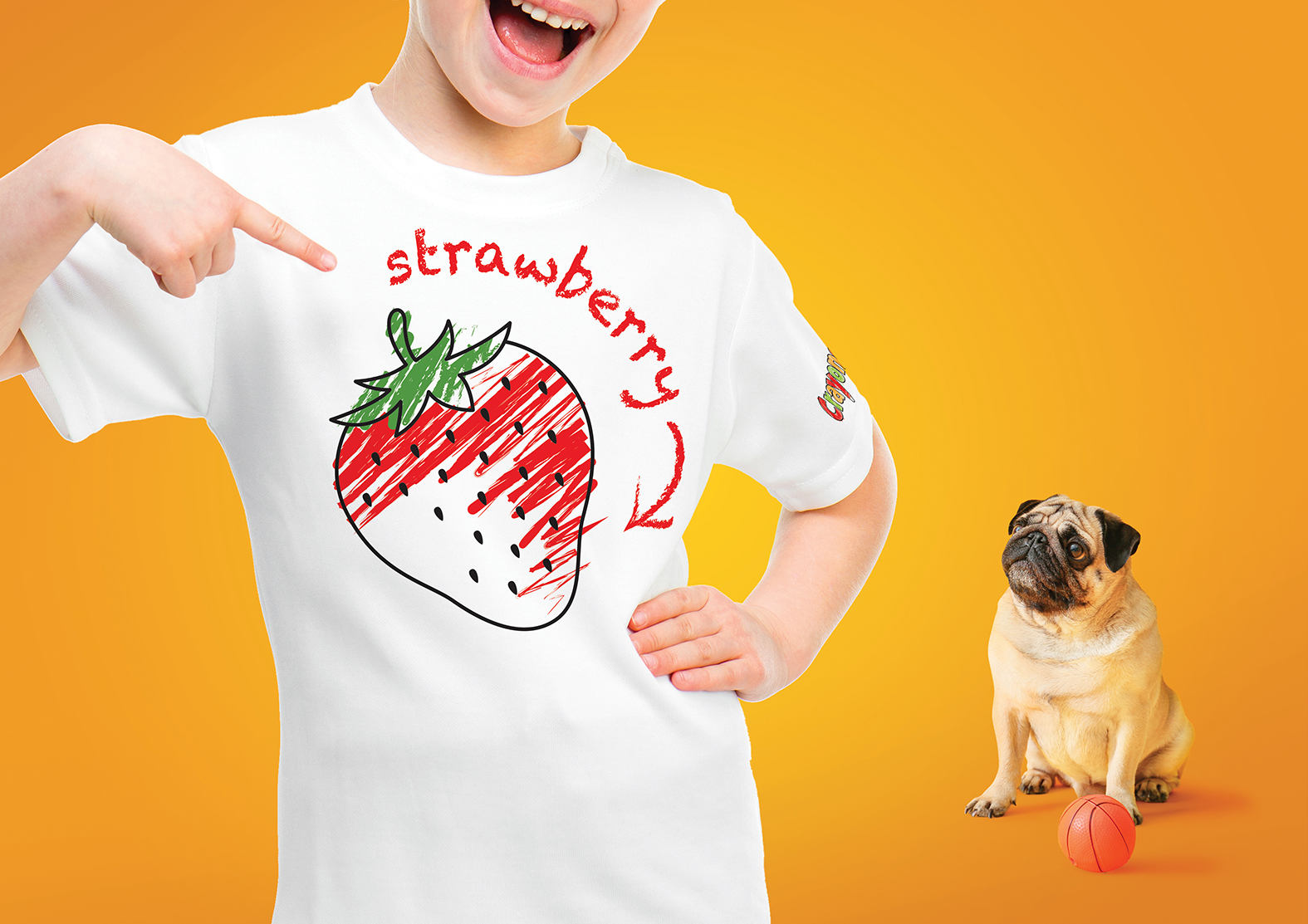 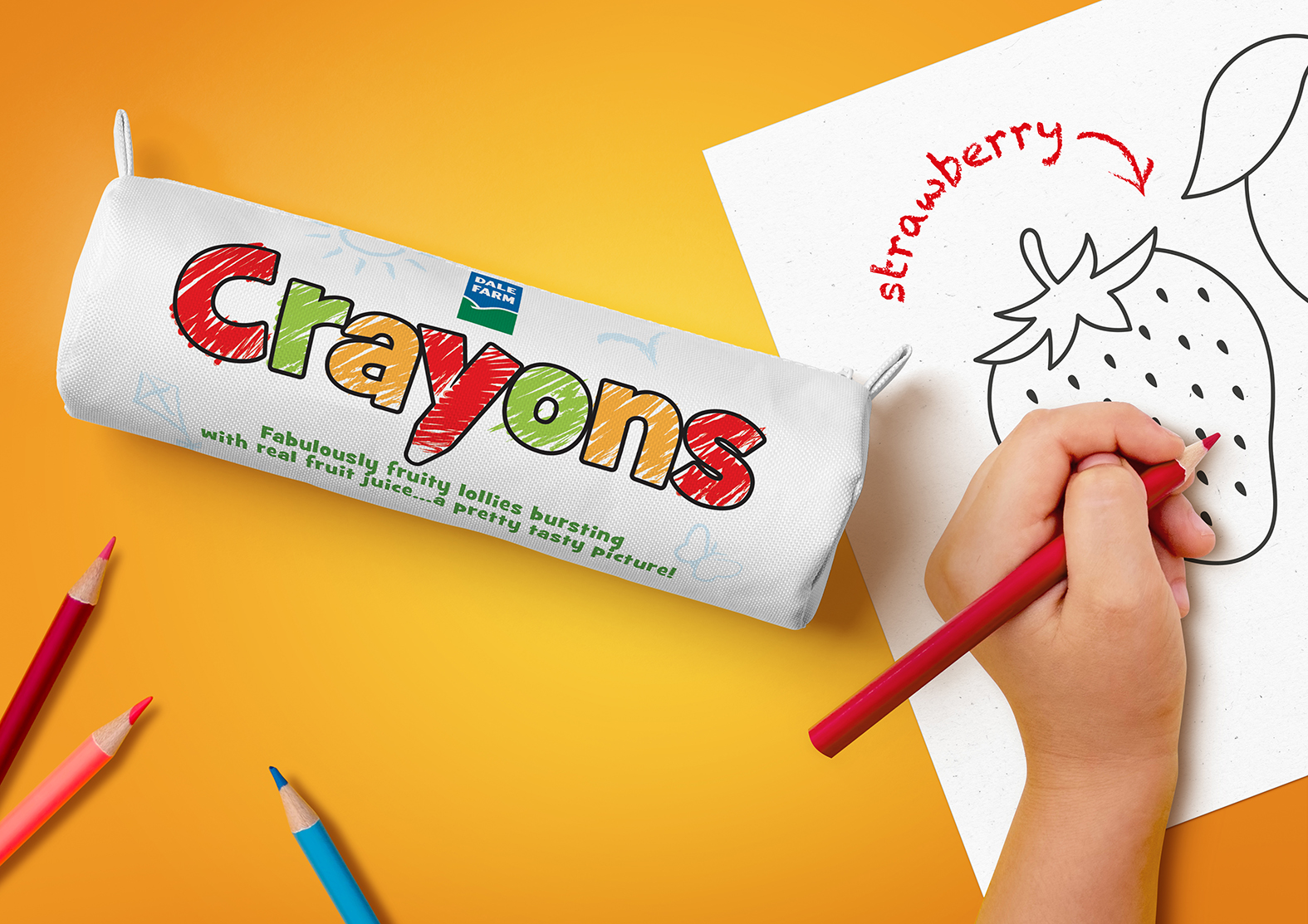