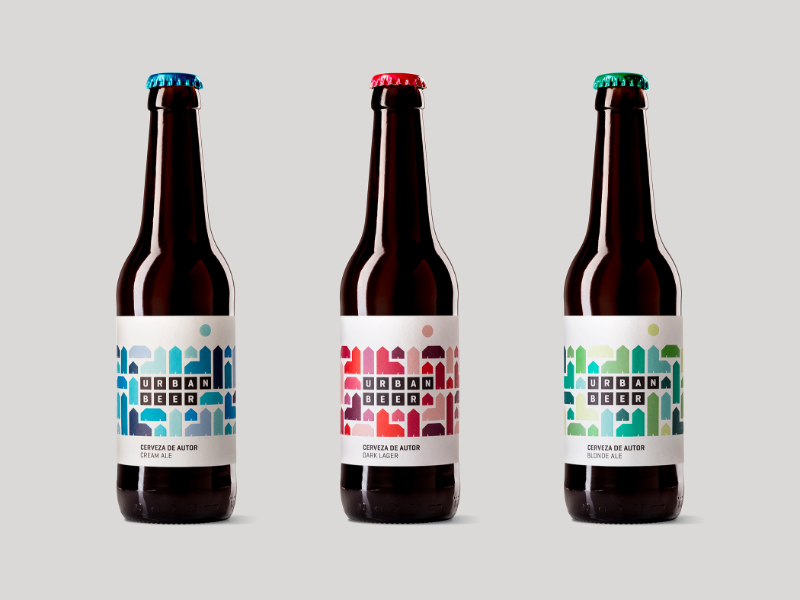 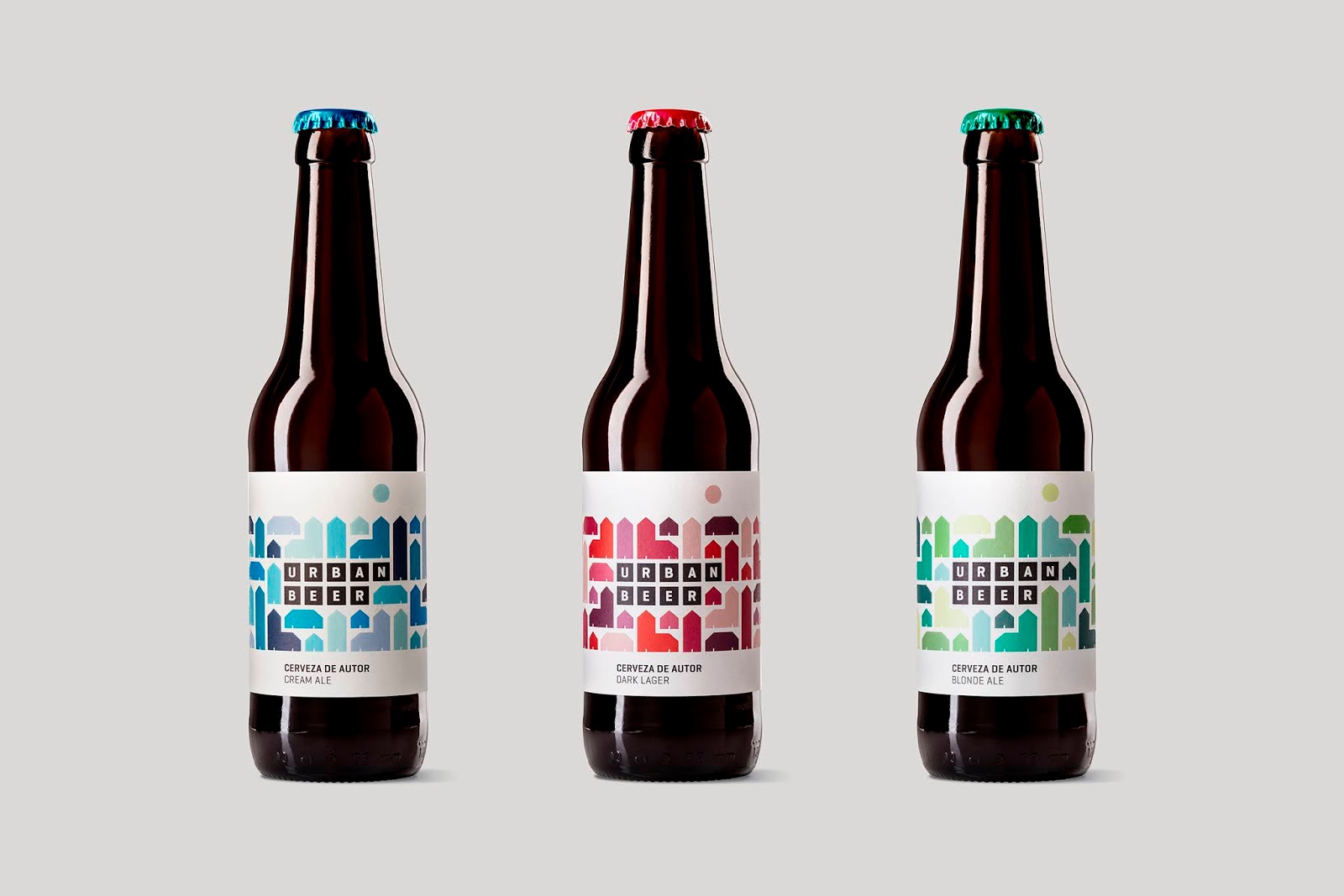 When we started working on the branding and packaging for Urbanbeer, the project was still an idea and the partners had not started producing their beers. They were clear about what they wanted the naming to be and the reason why they had chosen it, and that was that they wanted to get away from the idea of ​​craft beers (closer to rural environments in its beginnings) because the market was beginning to become saturated with these type of products and approach to a signature beer (possibly more linked to the urban environment), which was, despite possible similarities, more refined. 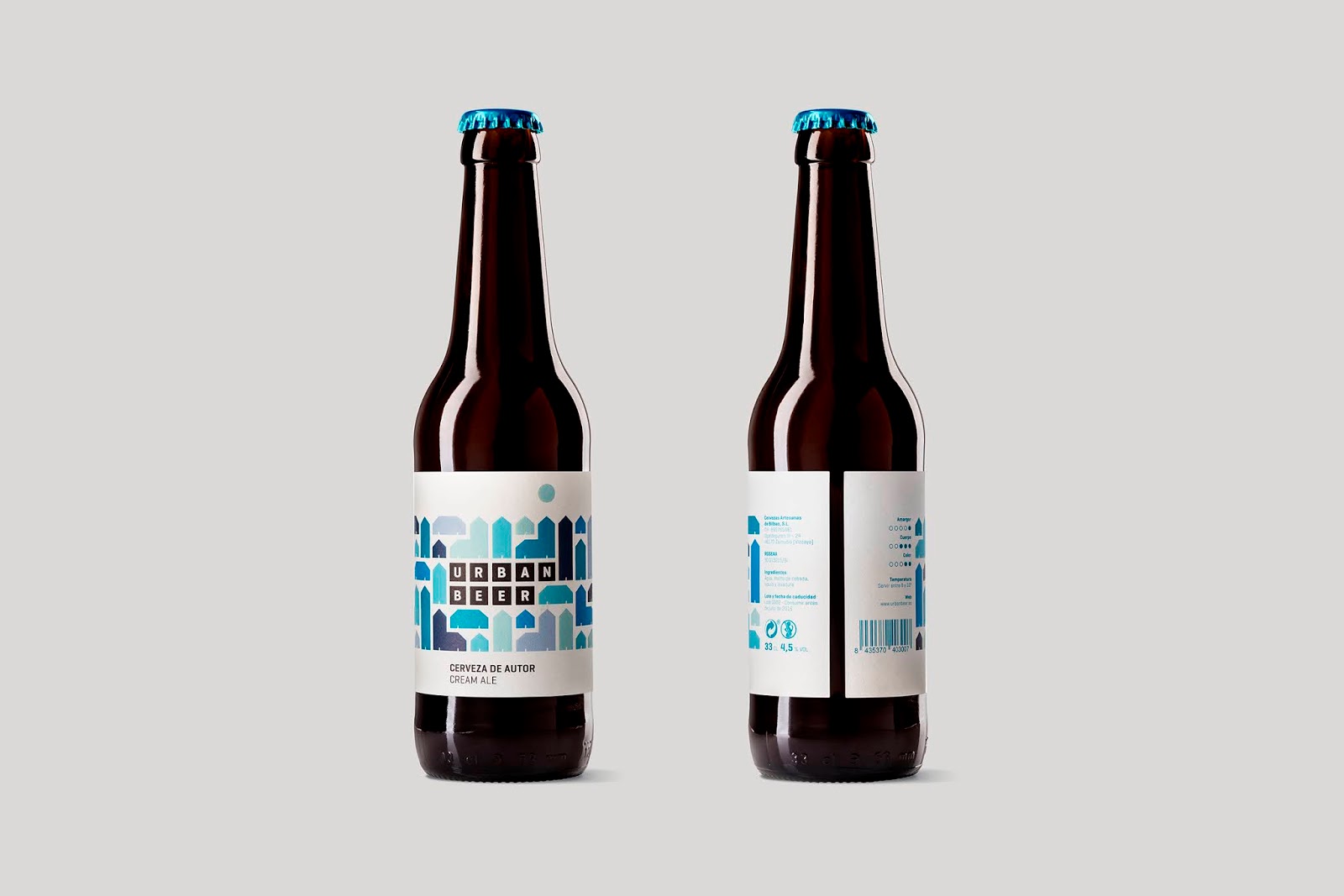 In addition, they had decided that they wanted to launch various types of beer on the market and that these should be able to be differentiated by numbers or colors so that, when ordering it in specialized stores, customers could request “The number 1 of Urbanbeer, please” or “Urbanbeer’s blue, please”. With this premise, once we knew the varieties and after many tests, we began to illustrate the labels with realistic maps that had to do with the cities of origin of these types of beers with the idea of ​​reflecting the urban concept.

The problem was that by following that path we were arriving right at the place we wanted to avoid, which was giving them an artisan look and we agreed that to do something more sophisticated, the ideal was to start with a grid that could be similar to those used to organized a city. Thanks to this we were able to compose the logo and to create modular buildings that helped us also to develop patterns.

These patterns, which could also recall a skyline, were different according to the variety of beer, not only because of the position of each element but also because of the color range used (do you remember the “Urbanbeer’s blue, please?”) managing to transmit that cities are living places and making, by putting one bottle next to another, infinite urban centers. By the way, the color of each variety was linked to the flavor of each one of them. 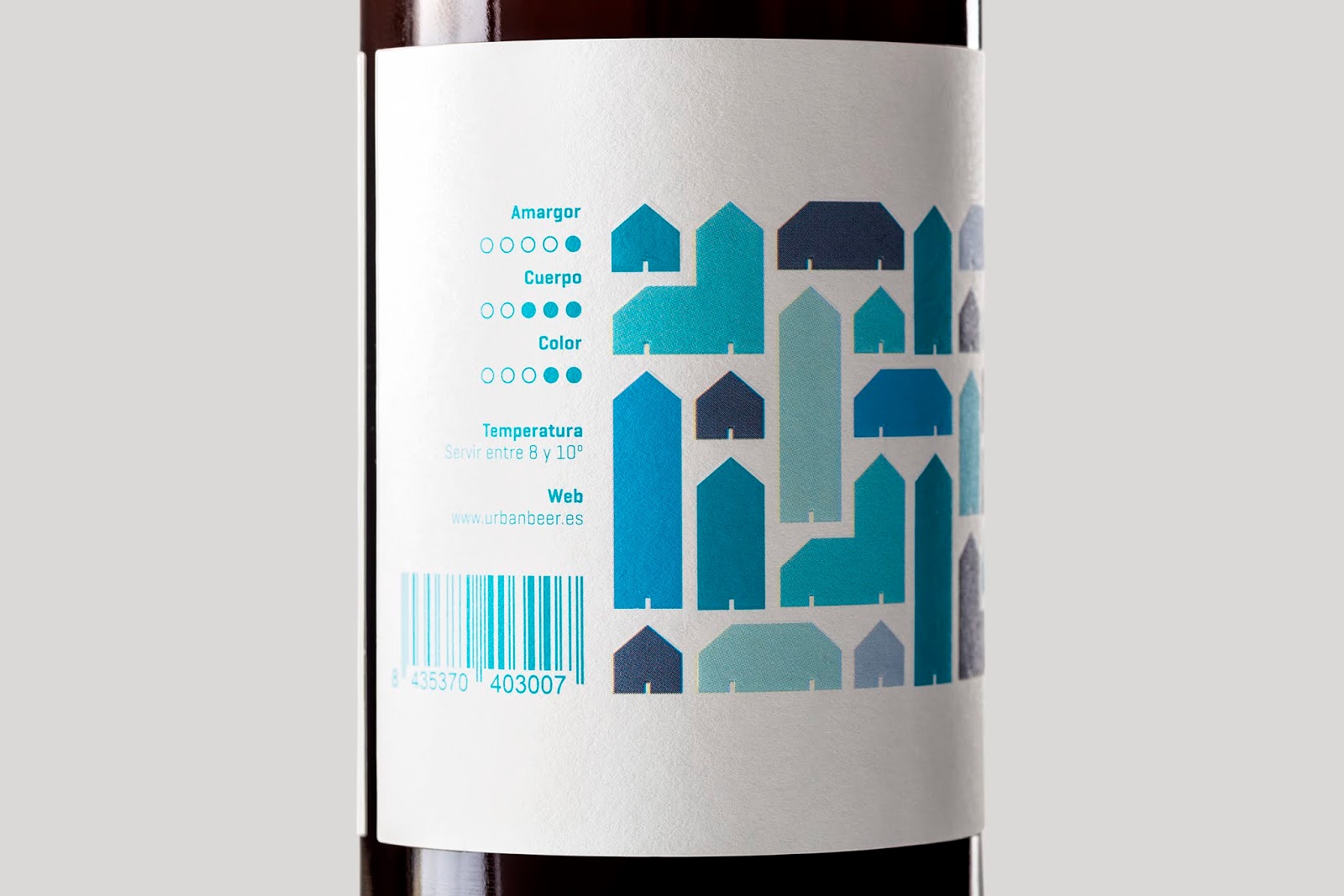 What’s Unique?
We top off the project with production. We chose a high-quality white paper commonly used to print exclusive beverage labels and embossed the buildings and the sun to bring the drinking experience to the sense of touch. This and the aforementioned led to the fulfillment of a request they made to us in the first meeting we had with them: “We want you, with the design, to be responsible for a person buying our beer for the first time. Later, when they have tasted it, we must be the ones who get them to buy it again ”. 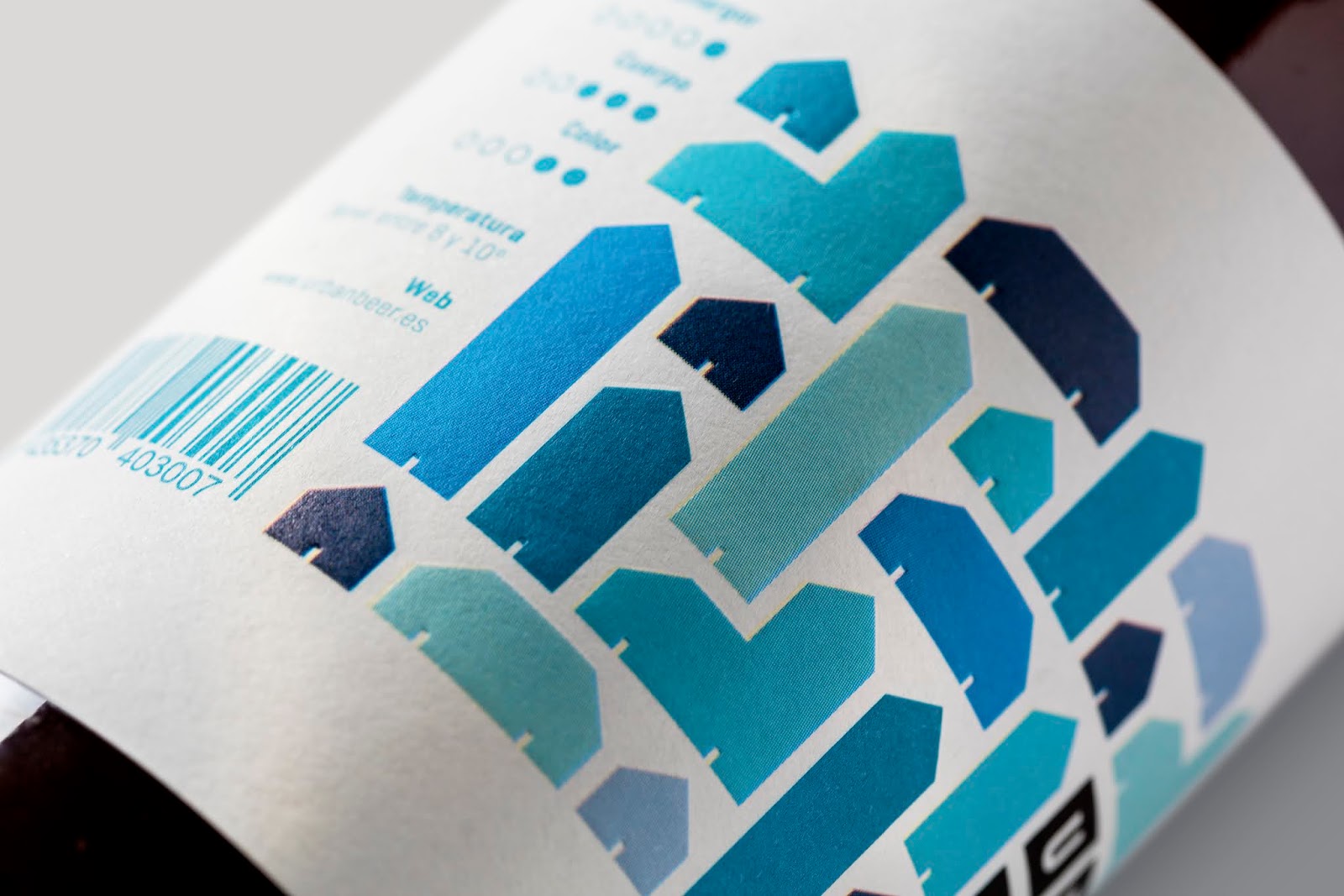 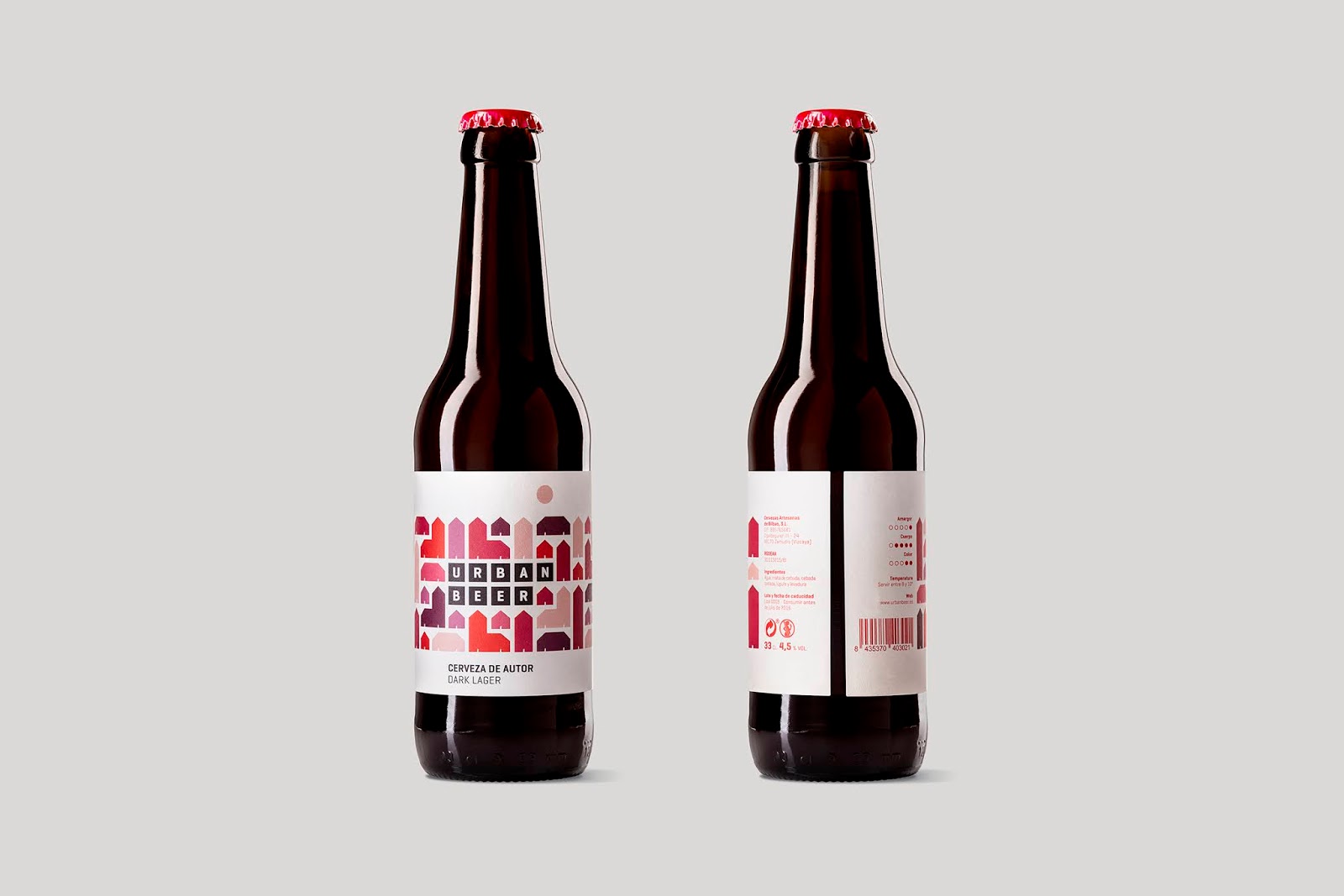 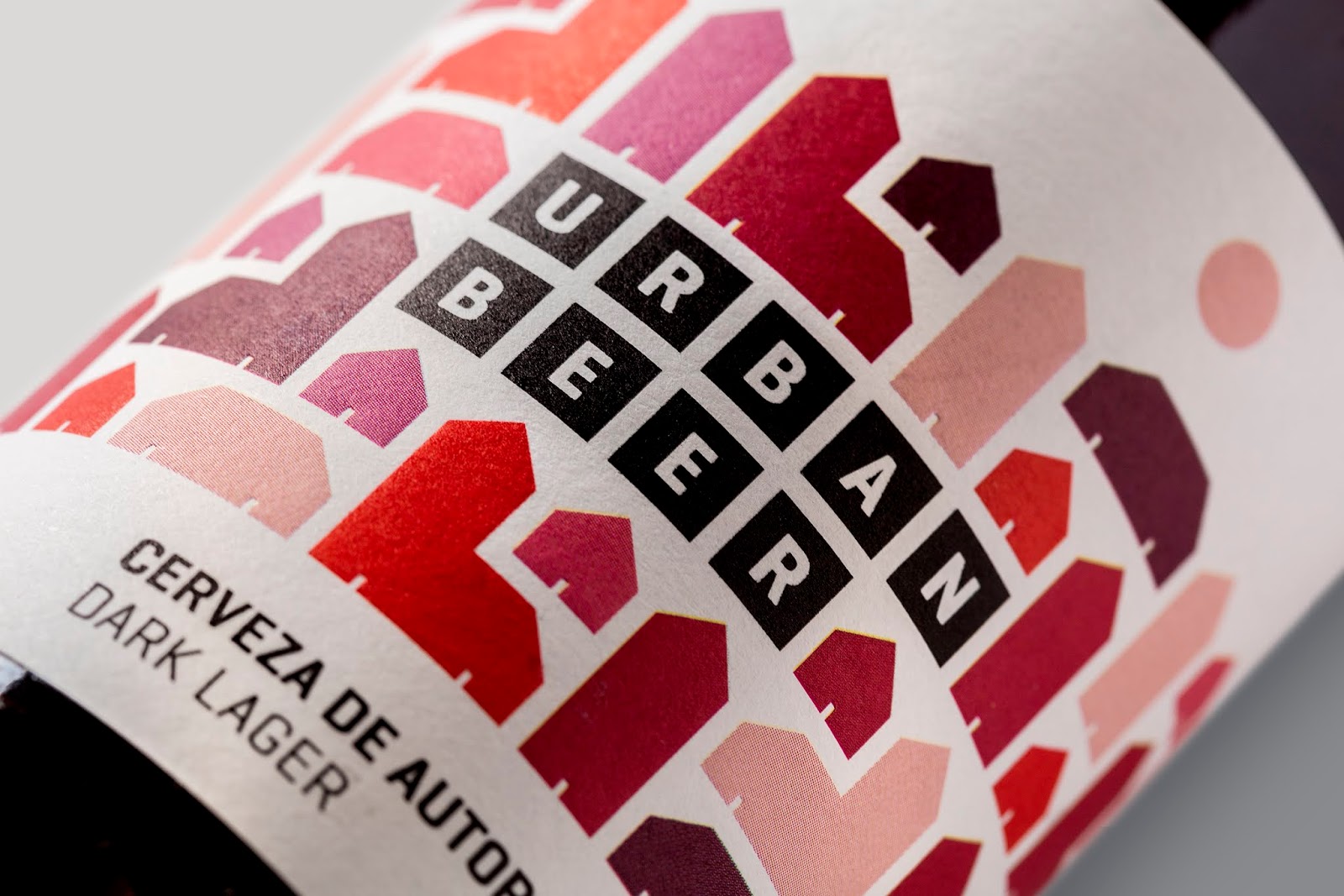 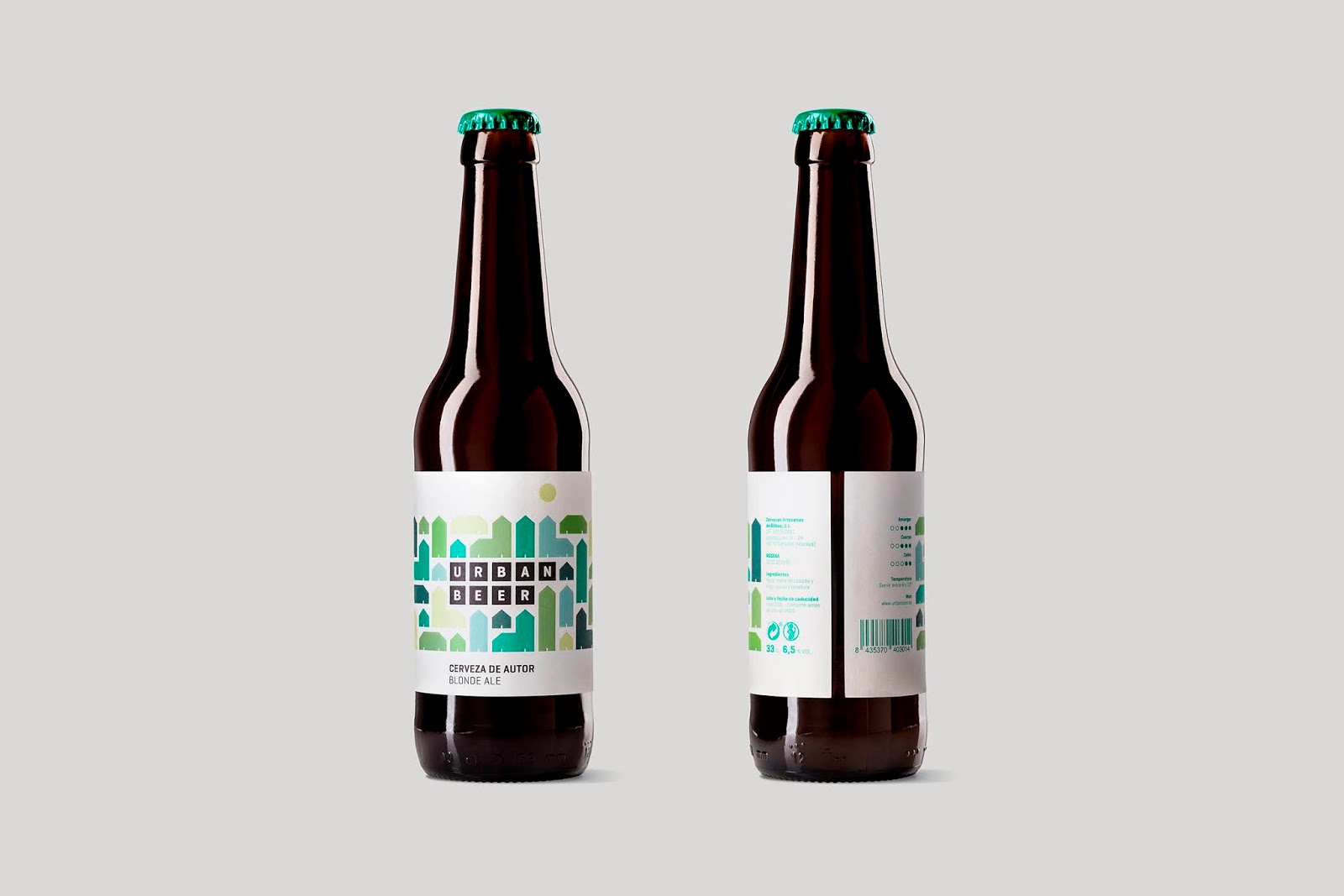 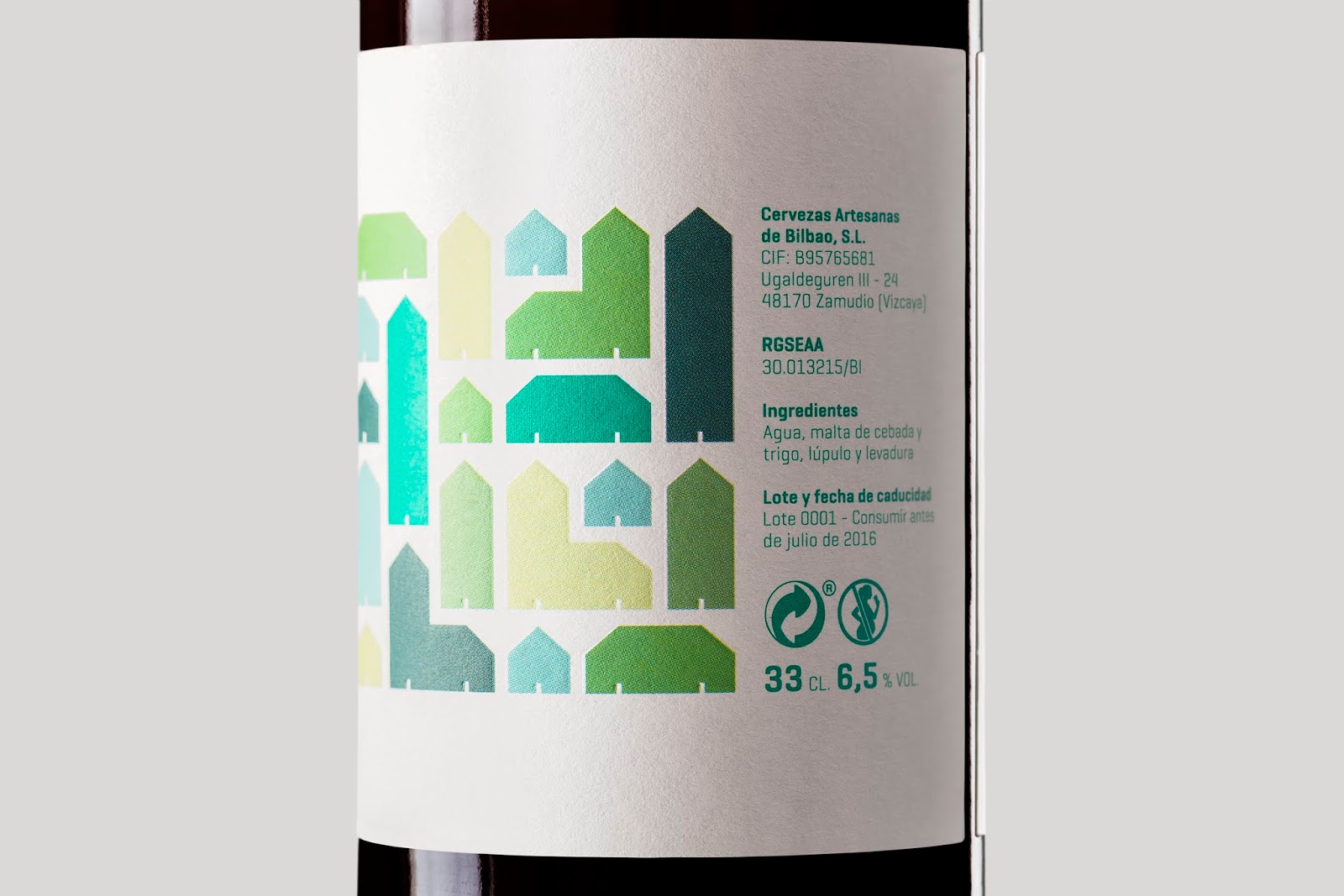 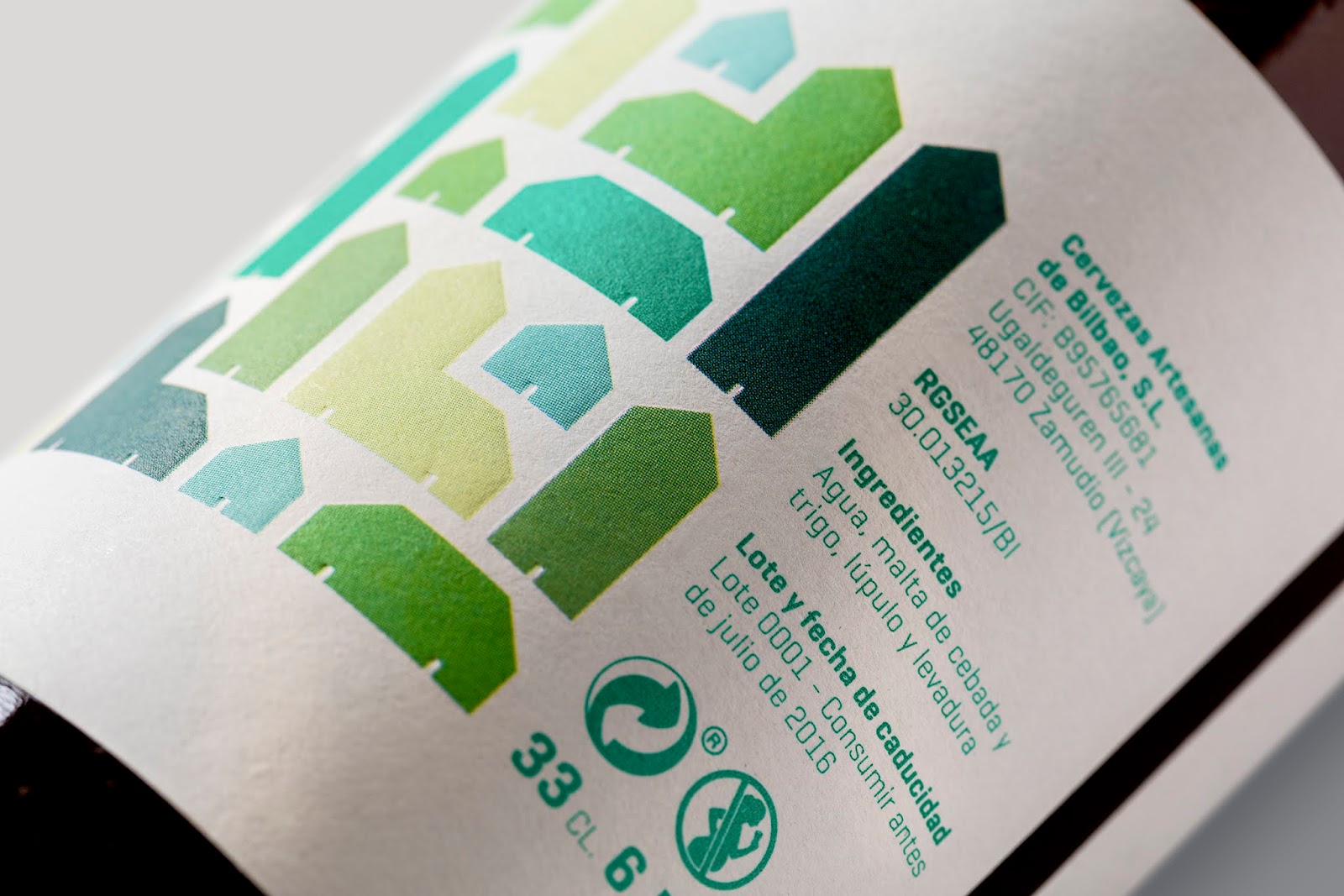 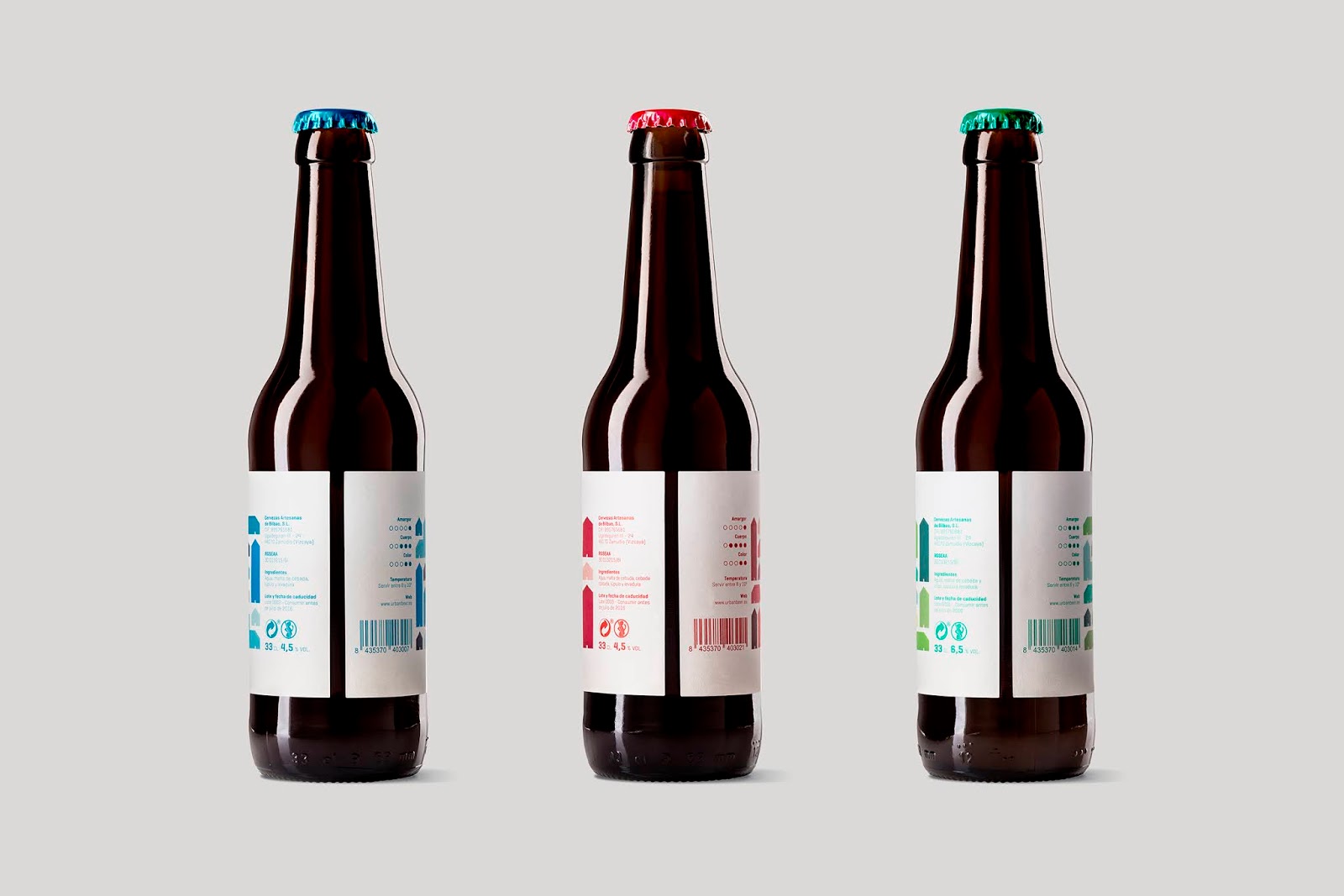