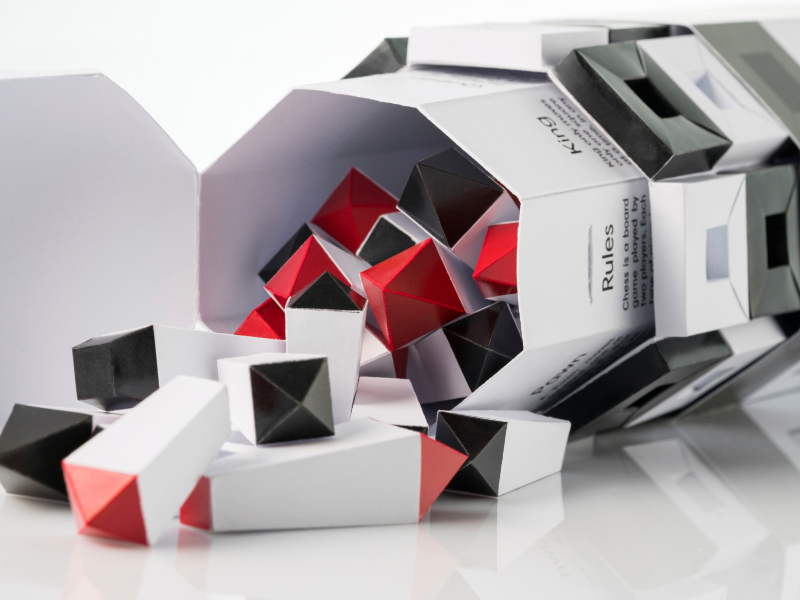 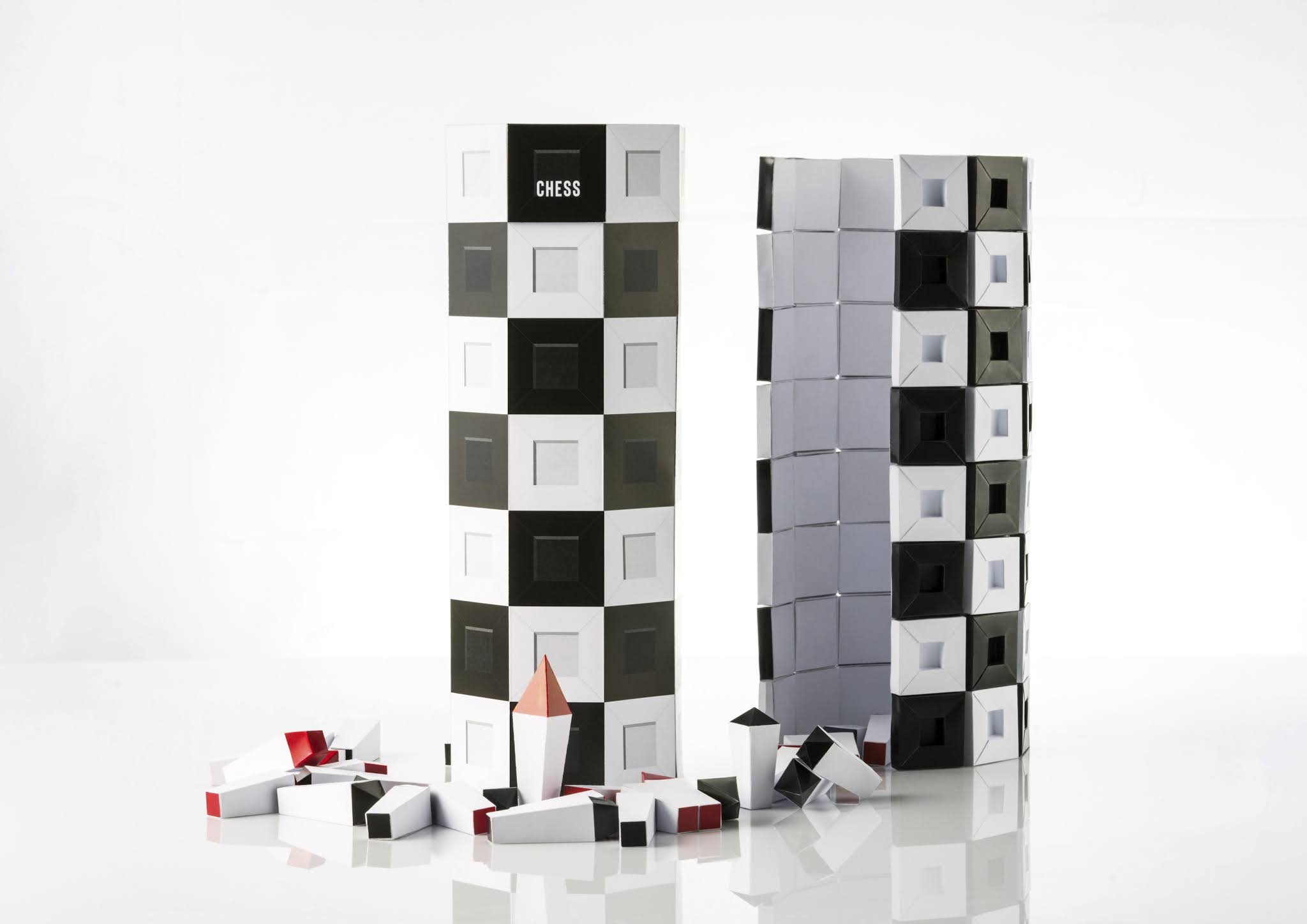 This chess set was made as part of an in-year packaging design project. My basic idea was to create a set in which the players are can play with a formally simplified version of the familiar figures.

The overall shape of the figures became finalised relatively quickly. When designed, I tried to pay attention, to keep the original proportions of their features, such as heights, or to make the pieces recognisable by their already well-known attributes.

The narrowing form of the figures required a board that ensures their stability so that they would not tip over during the party, thus helping to make it easier to play.

Next to black and white, which are nowadays the most commonly used colours for chess, I decided to bring back red, next to black, therefore giving the set a more vibrant aesthetic and also a reference to the origins of chess.

Throughout the project, the execution consumed a lot of time because the pieces are relatively small, and the fields are made in several steps, every element is carefully hand folded. By using the flexibility of the board, I was able to create an octagonal package that takes up less place than an ordinary chess set. The box also contains a holder for the pieces, with the basic game rules and the moves of the figures on its sides. 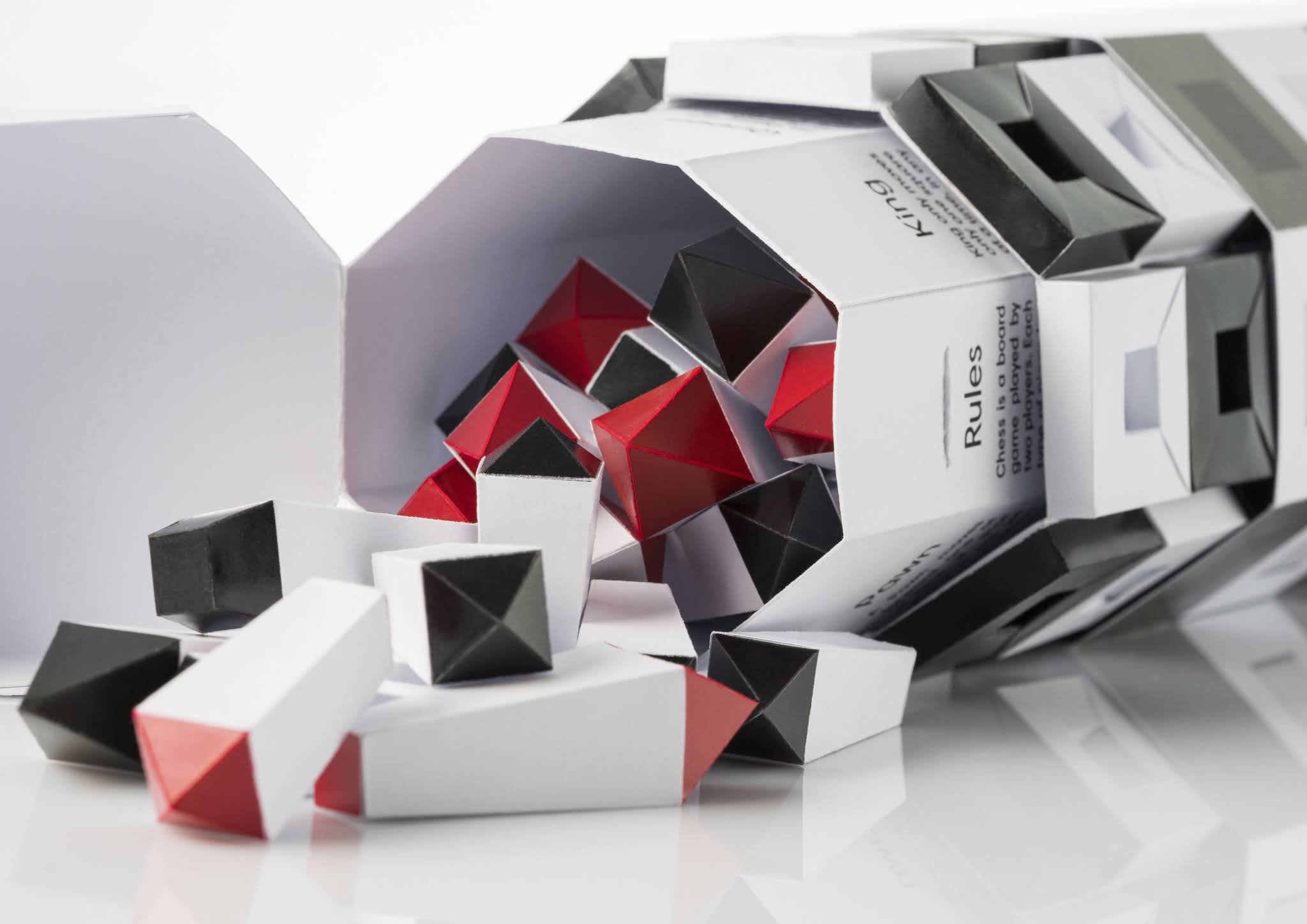 What’s Unique? This design breaks the rules of a traditional set in terms of shapes. It contains simplified figures but keeps tribute to the original shape and colours. The structure of the board is different from the others because it provides stability without the usage of magnets, that are often used in travel sets, and it still stays light and flexible. 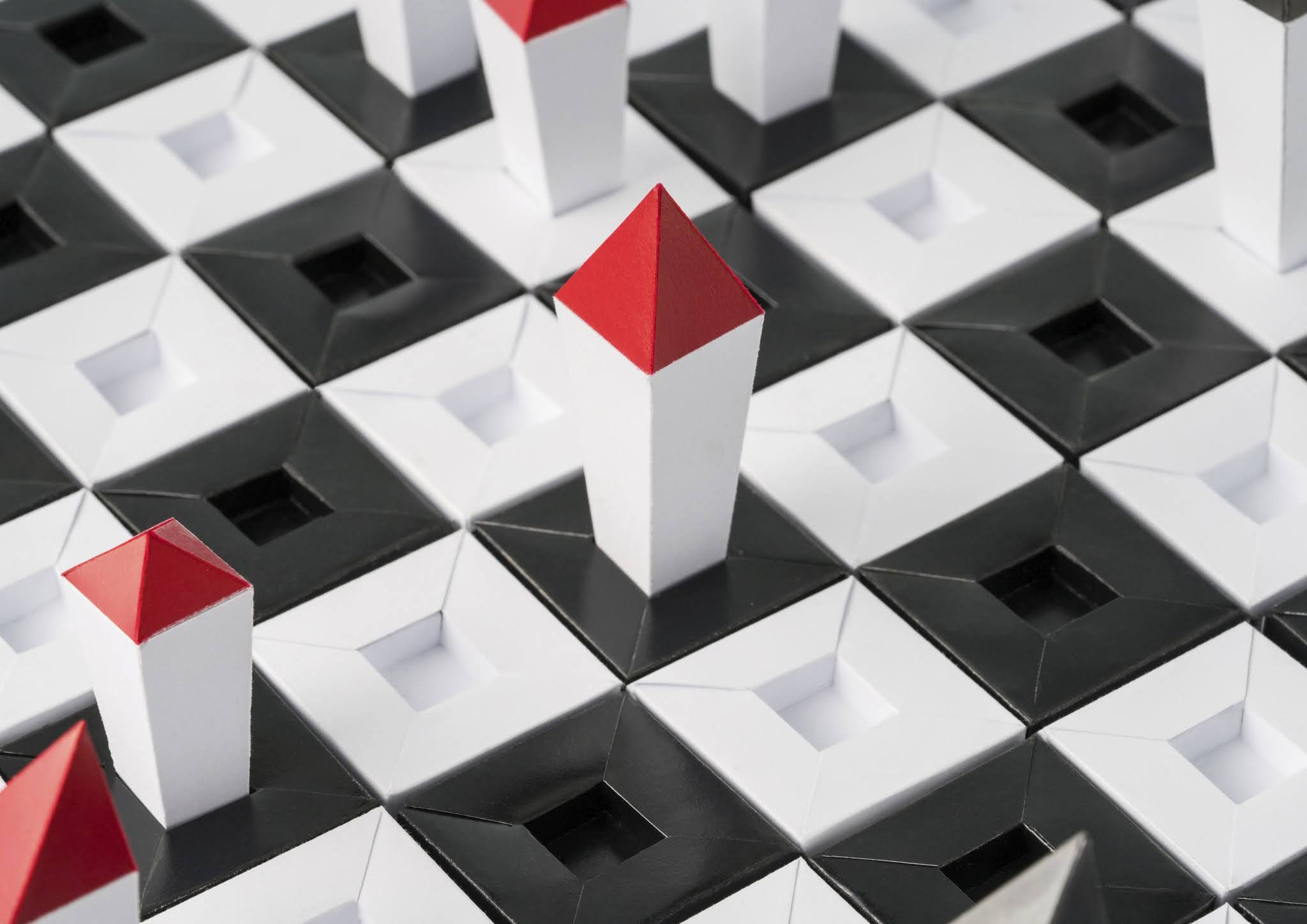 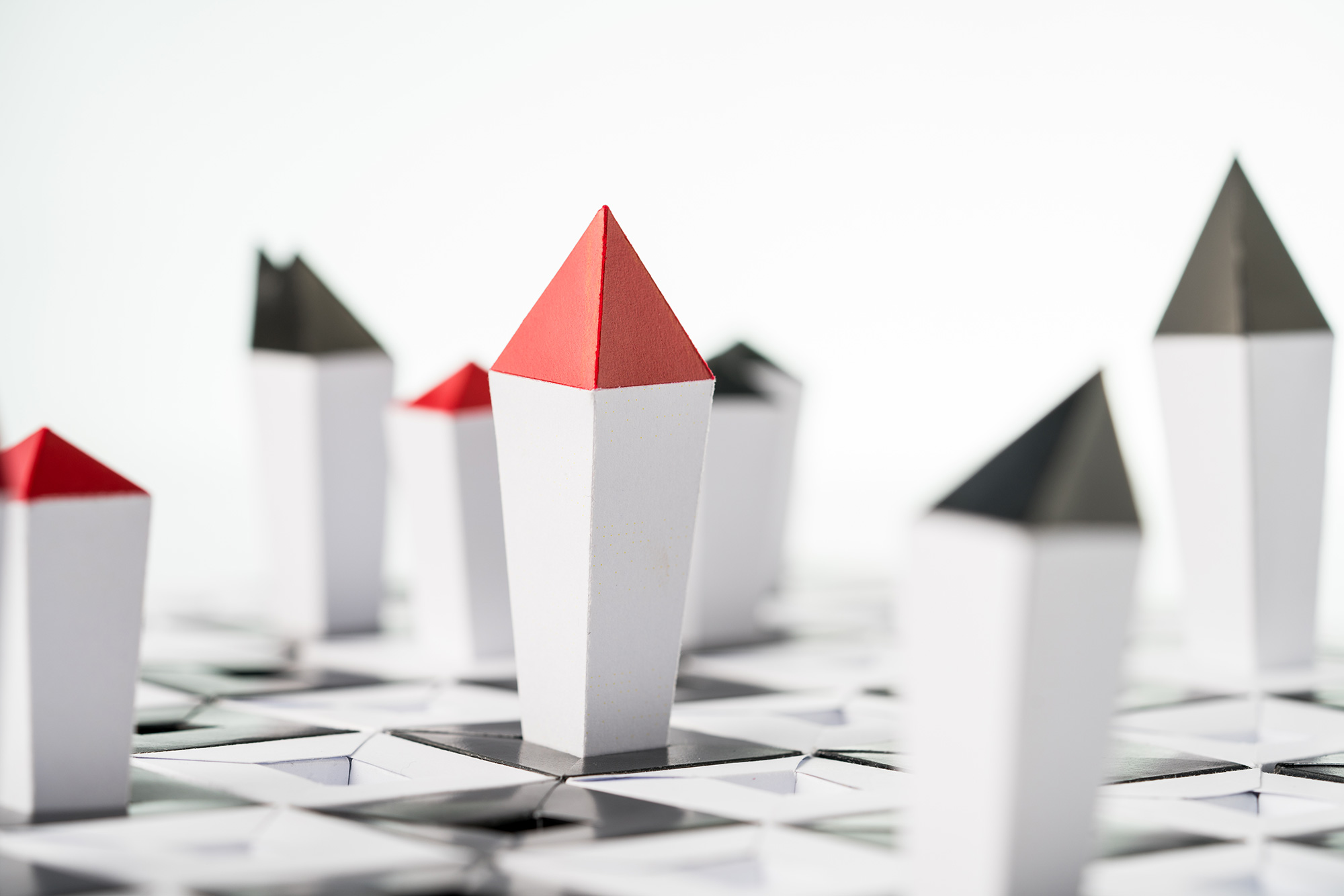 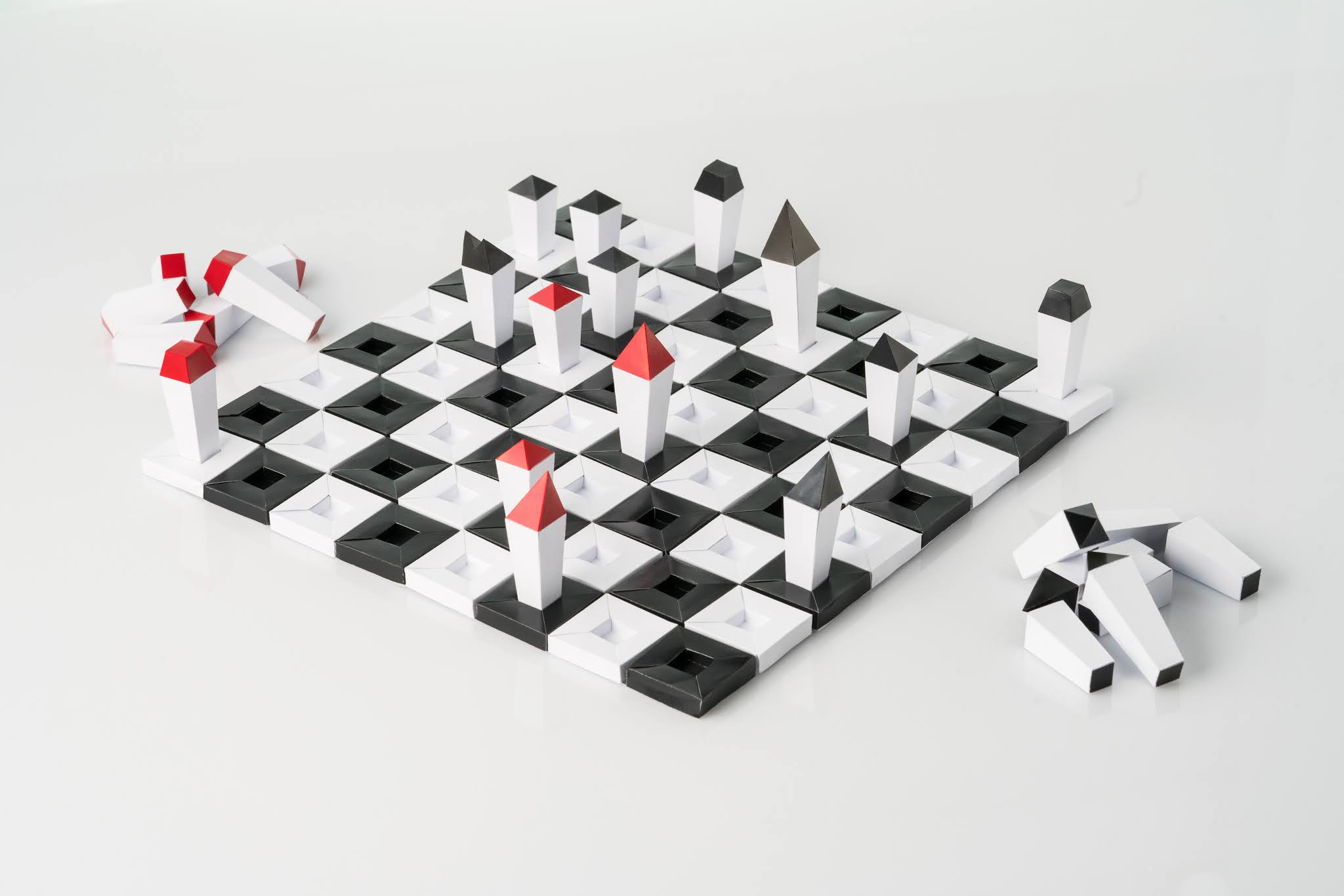 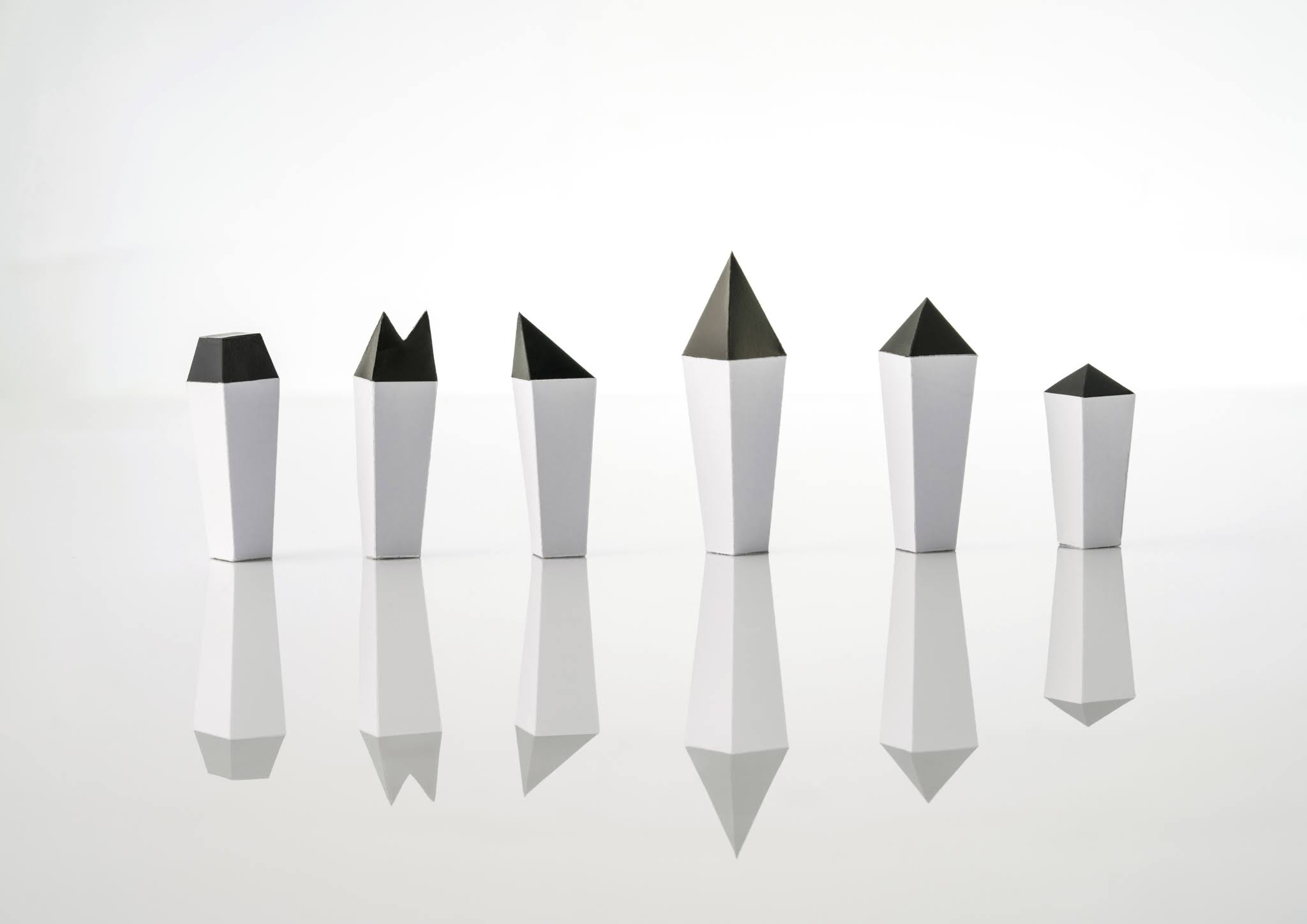