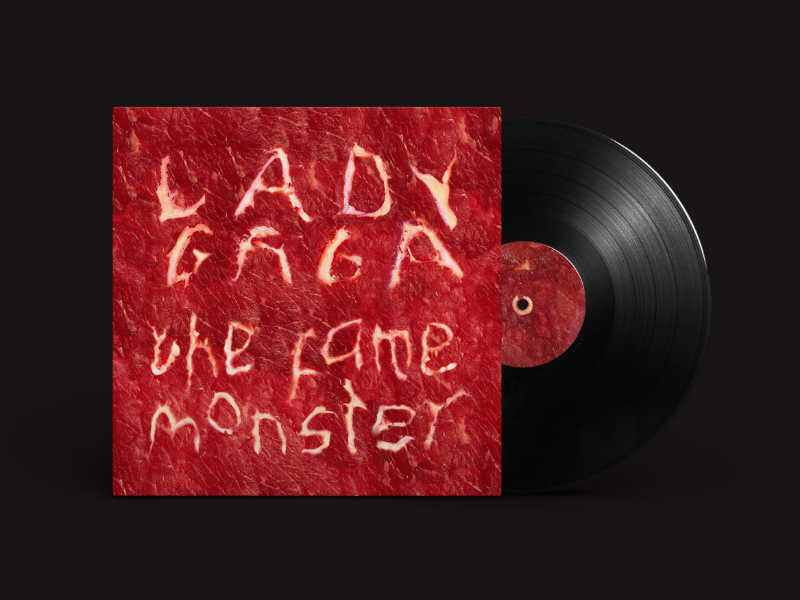 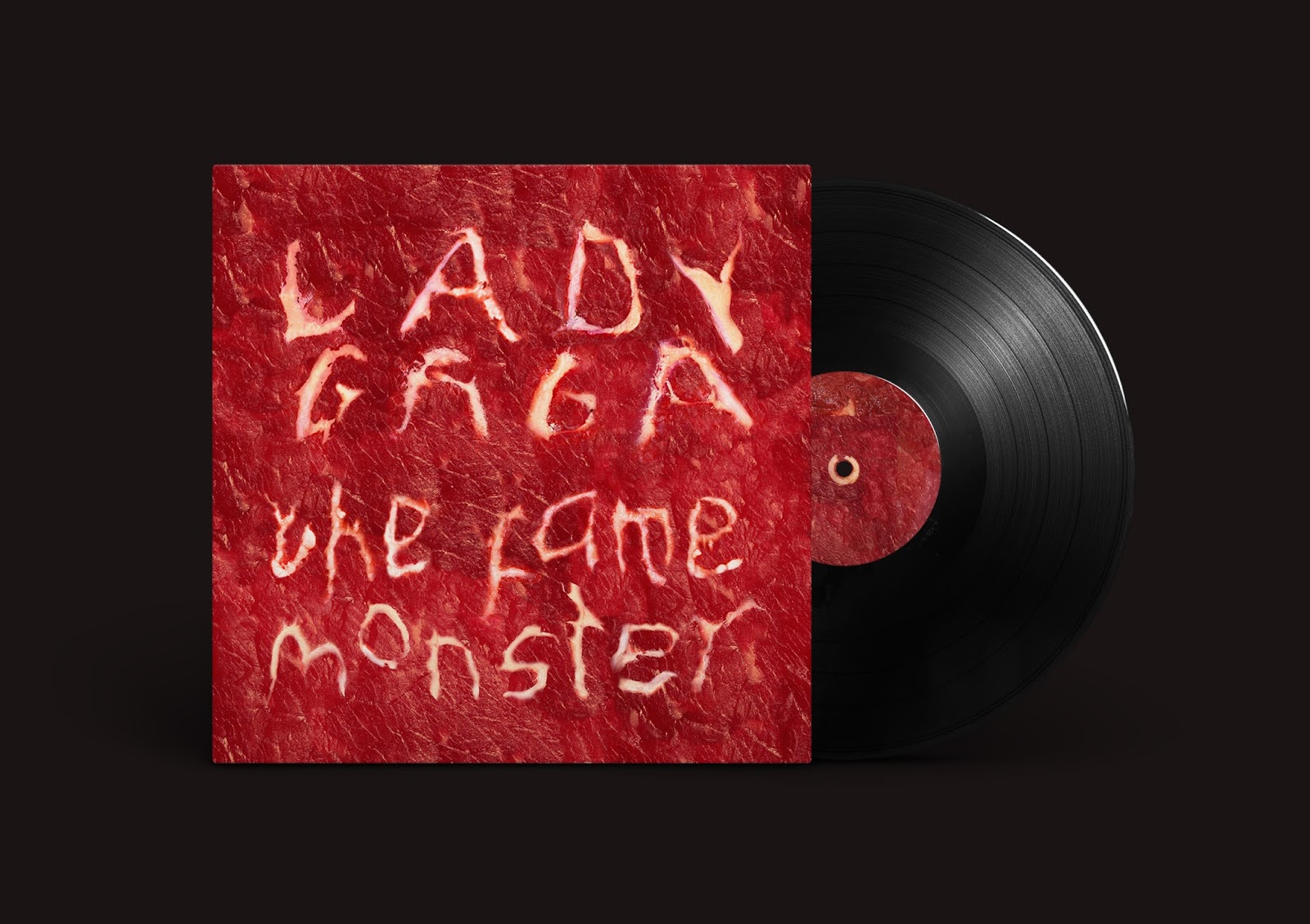 The inspiration was her famous MEAT DRESS. Cover = beef.

At the 2010 MTV Video Music Awards, American singer Lady Gaga wore a dress made of raw beef, which was commonly referred to by the media as the meat dress. Gaga was the most nominated artist at 2010’s VMA with a record thirteen nominations, including two nods for Video of the Year (the first female artist to achieve this feat).

The dress was condemned by animal rights groups, and named by Time magazine as the top fashion statement of 2010. It was archived, but went on display in 2011 at the Rock and Roll Hall of Fame after being preserved by taxidermists as a type of jerky. The press speculated on the originality of the meat dress idea, with comparisons made to similar images found in contemporary art and popular culture. 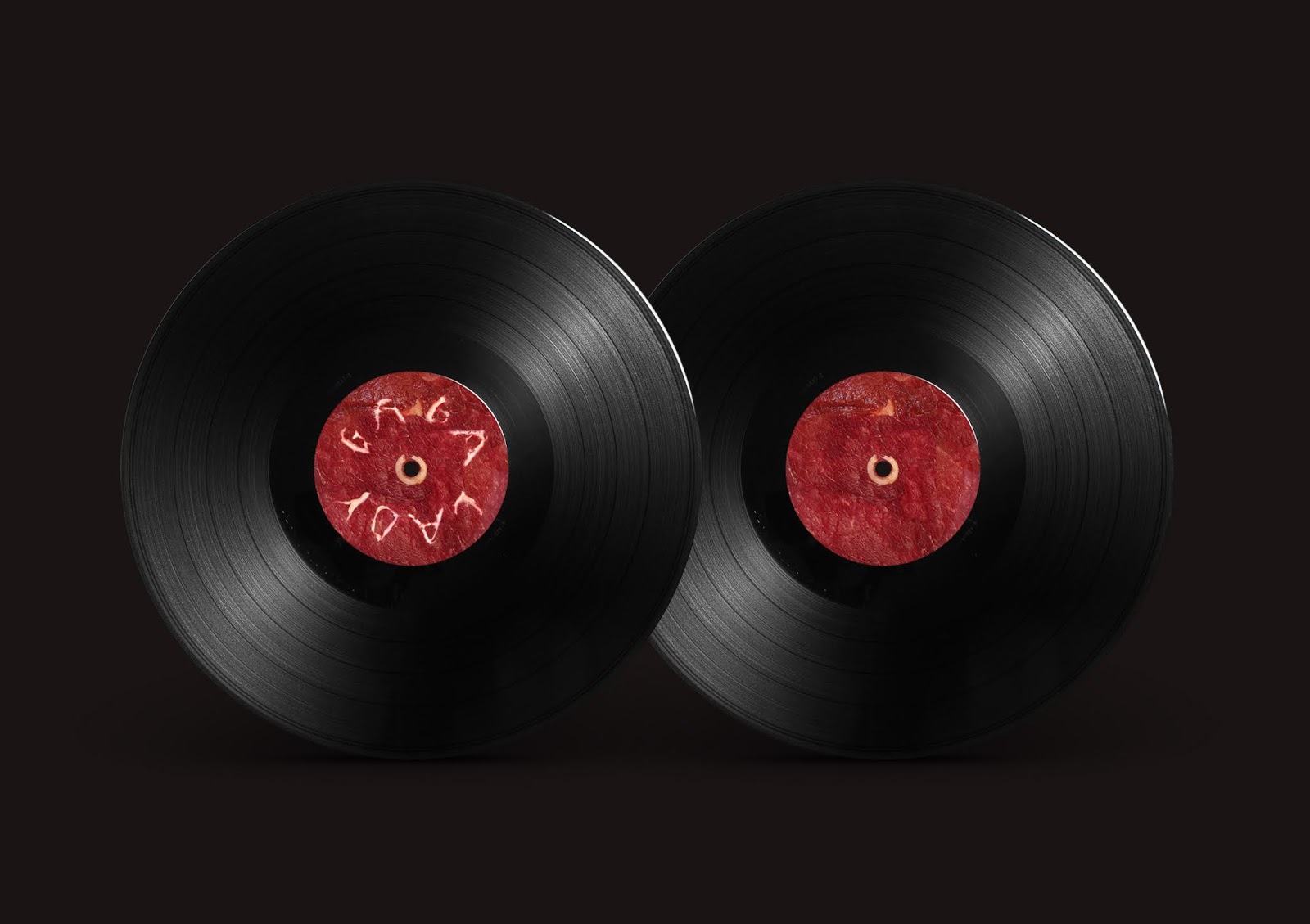 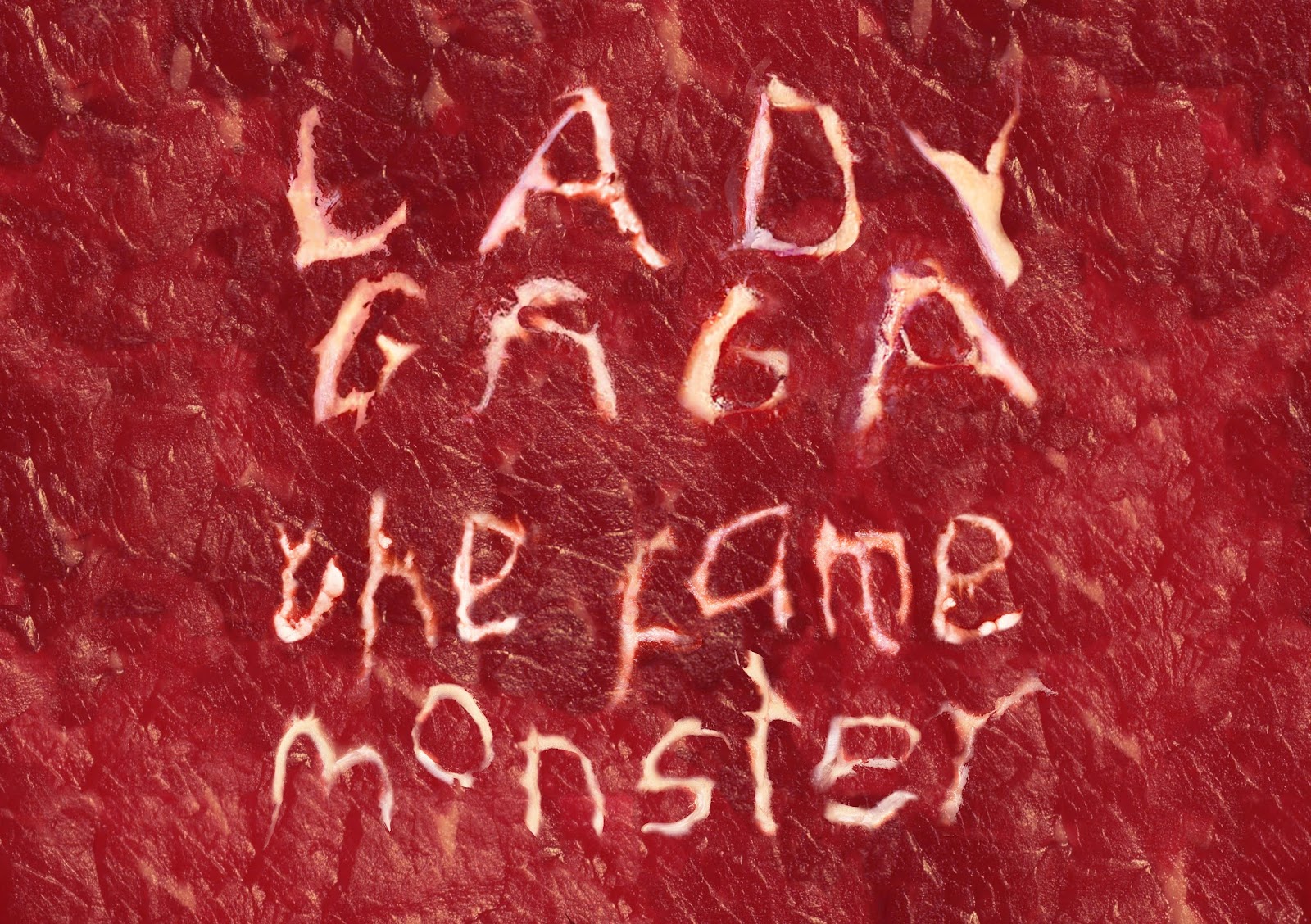 Family (and friends)
20 hours ago