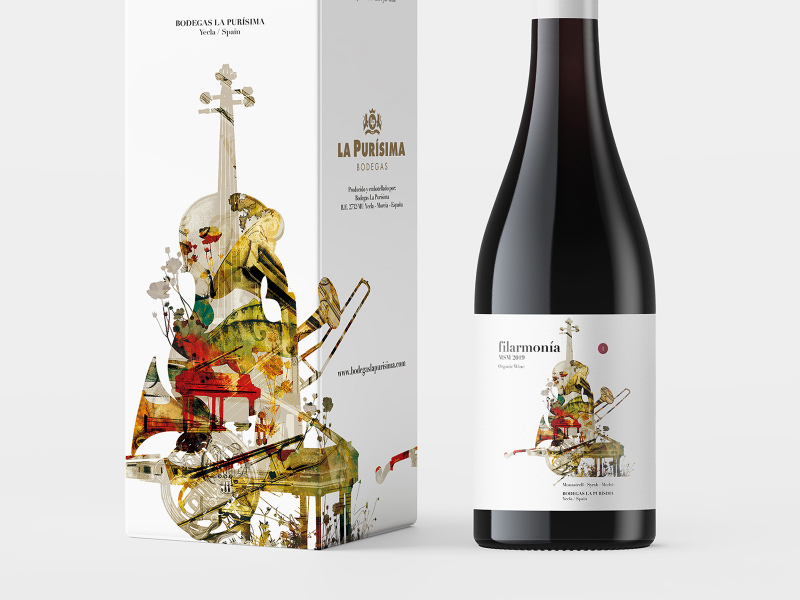 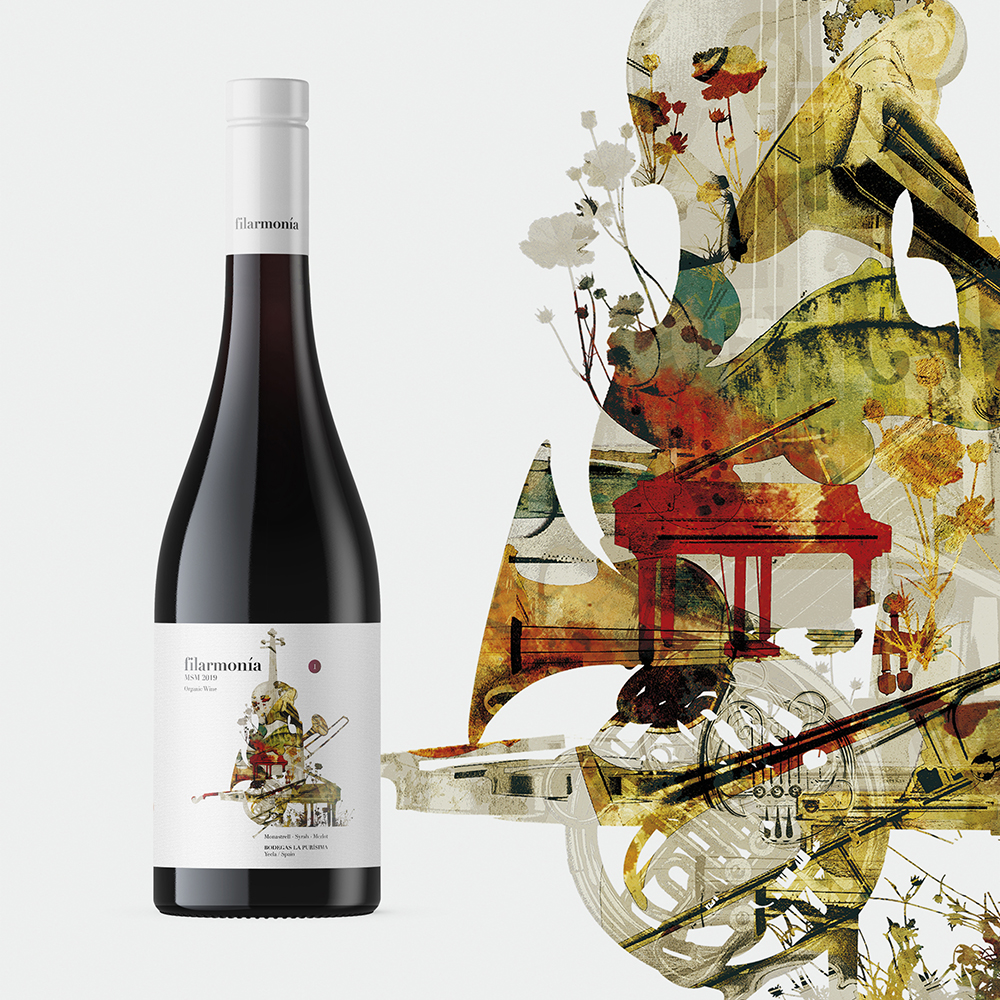 Our proposal for design and creativity for the image of the wine Filarmonía MSM is inspired by music. Music allows to evoke the most memorable moments of our lives. Love for music as analogy of love captured in the process of producing the product. A visual composition that integrates nature and music in a natural and organic aesthetic expression. The concept of creativity and image design of Filarmonía MSM wine is based on an association of organic wine and music.

We create the visual narrative of the image of the wine Filarmonía MSM, taking as a conductive thread, the union between icons of nature and certain musical instruments. In Armoder, we create the illustration that stars the image of this organic wine. The visual language is represented in a palette of ecological colors, using certain tones of the varieties used during their cycles, structured at a dynamic rhythm of organic forms, through a careful artistic reinterpretation of musical instruments, which have been associated with Elements of nature, projecting the characteristics of an organic product.

In the composition of the image, we merged a selection of musical instruments with nature, representing among others, details of the vine, like their tendrils and the trunk. The vertical form of illustration represents its growth. Filarmonía MSM is an organic wine composed of three varieties of grapes, at this point, we develop parallelism with a musical composition. Three musical notes interpreted in three varieties of grapes such as Monastrell, Syrah and Merlot. 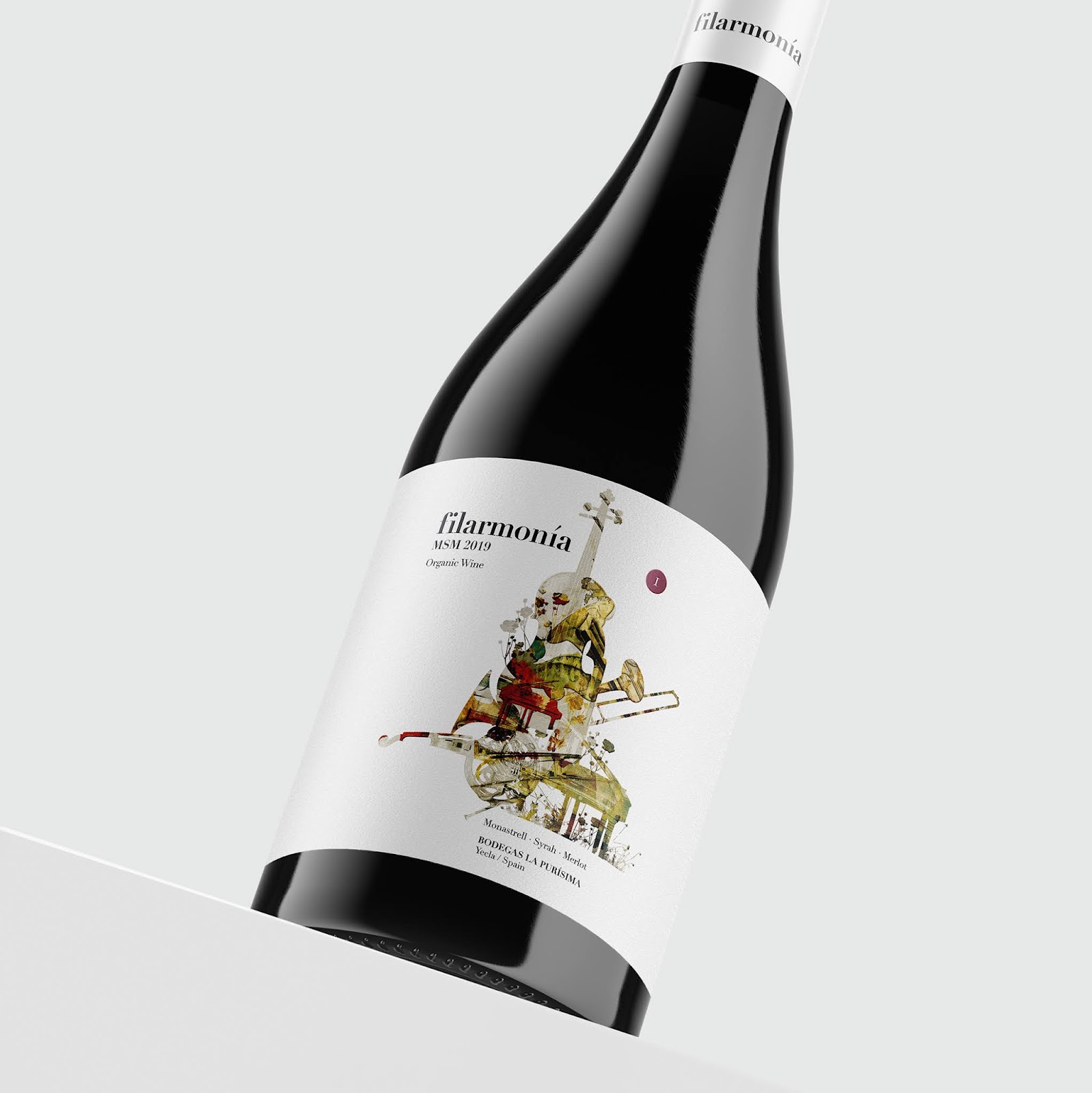 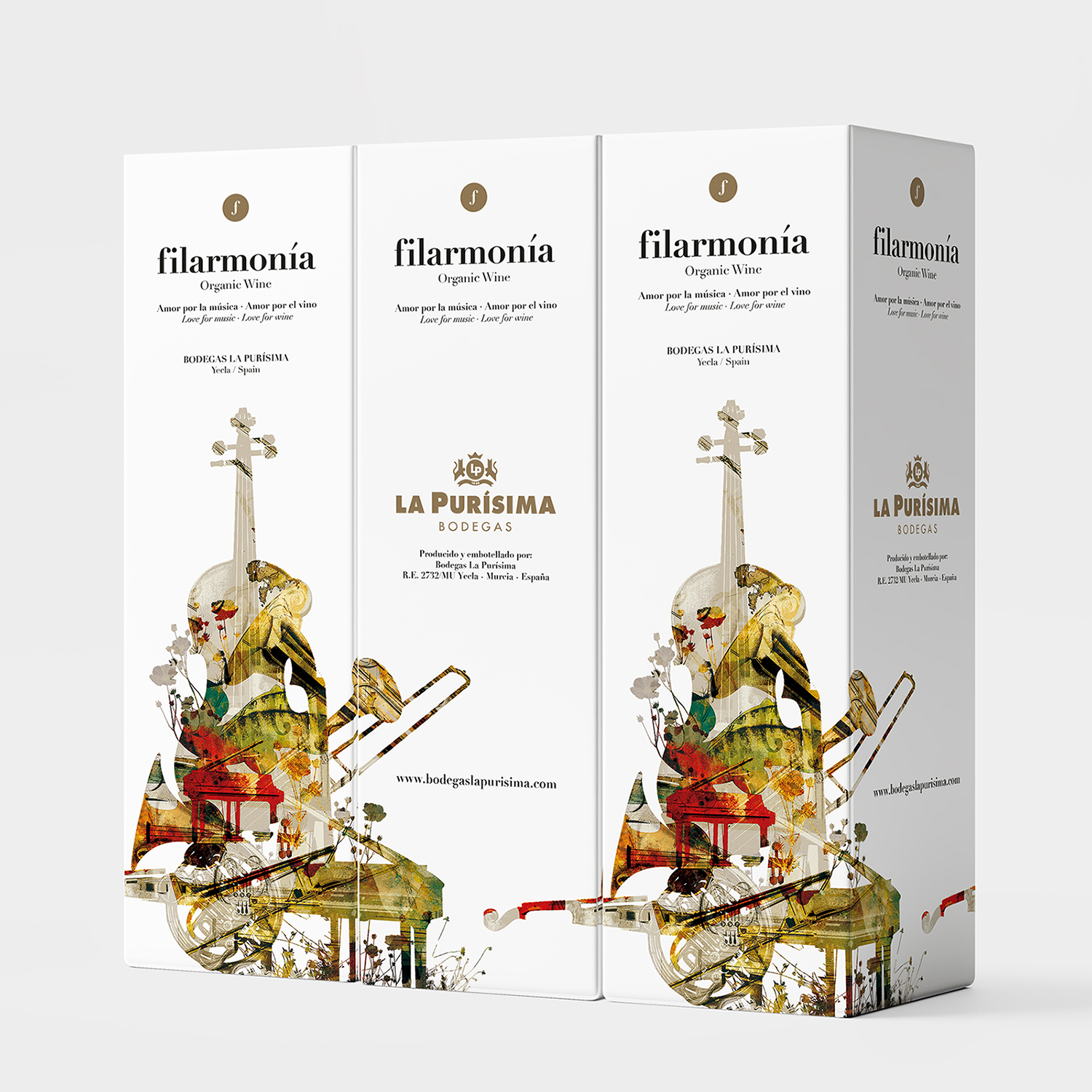 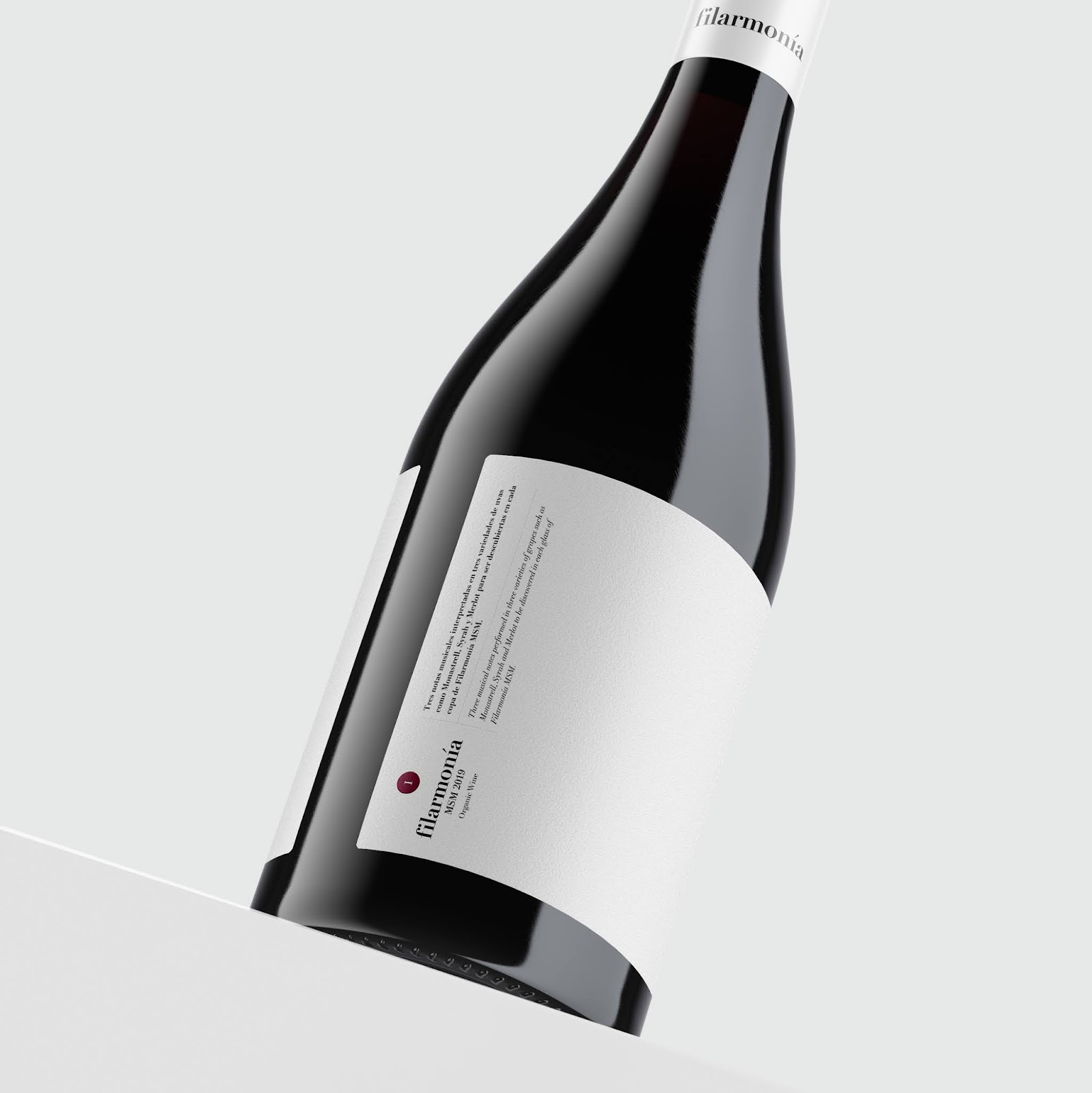 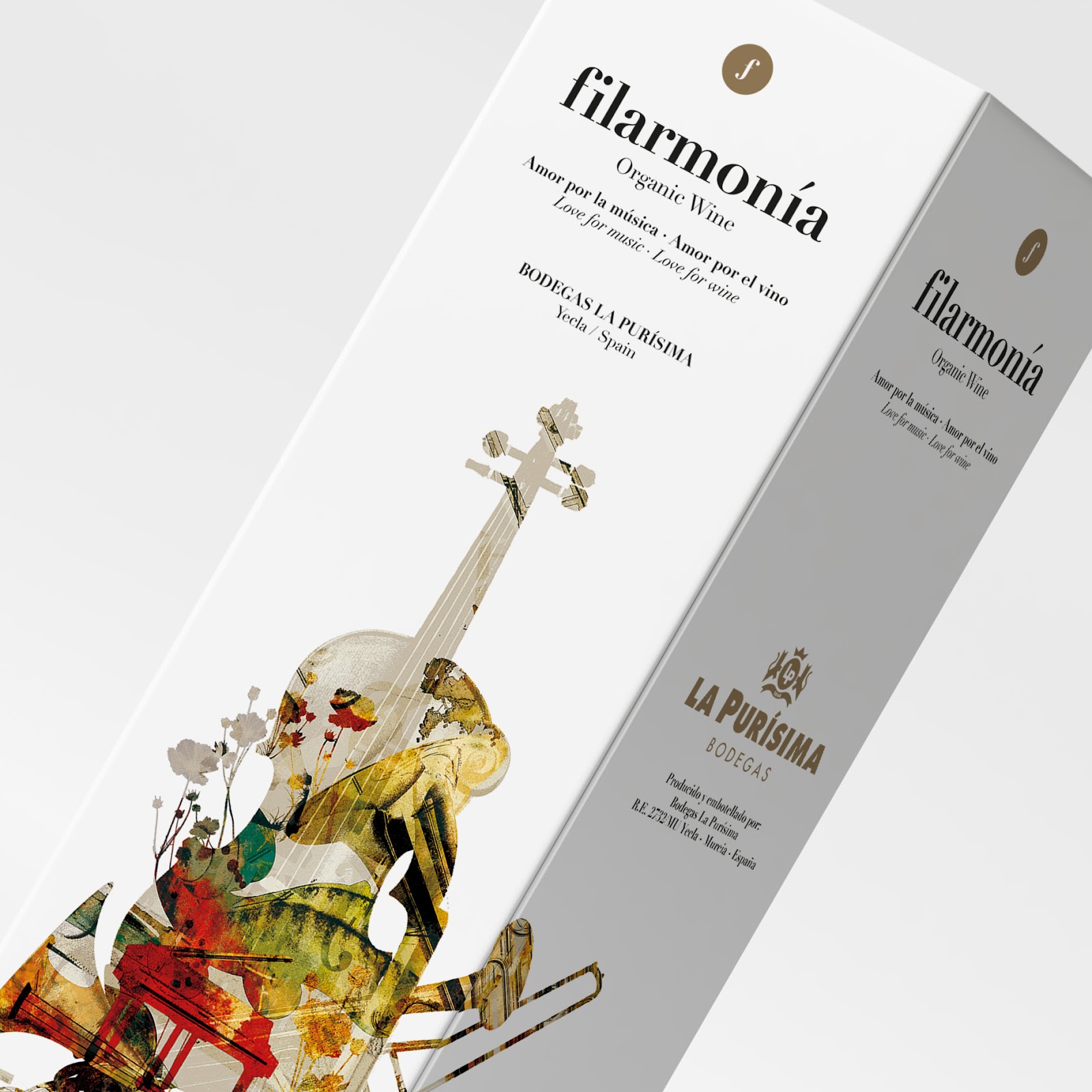 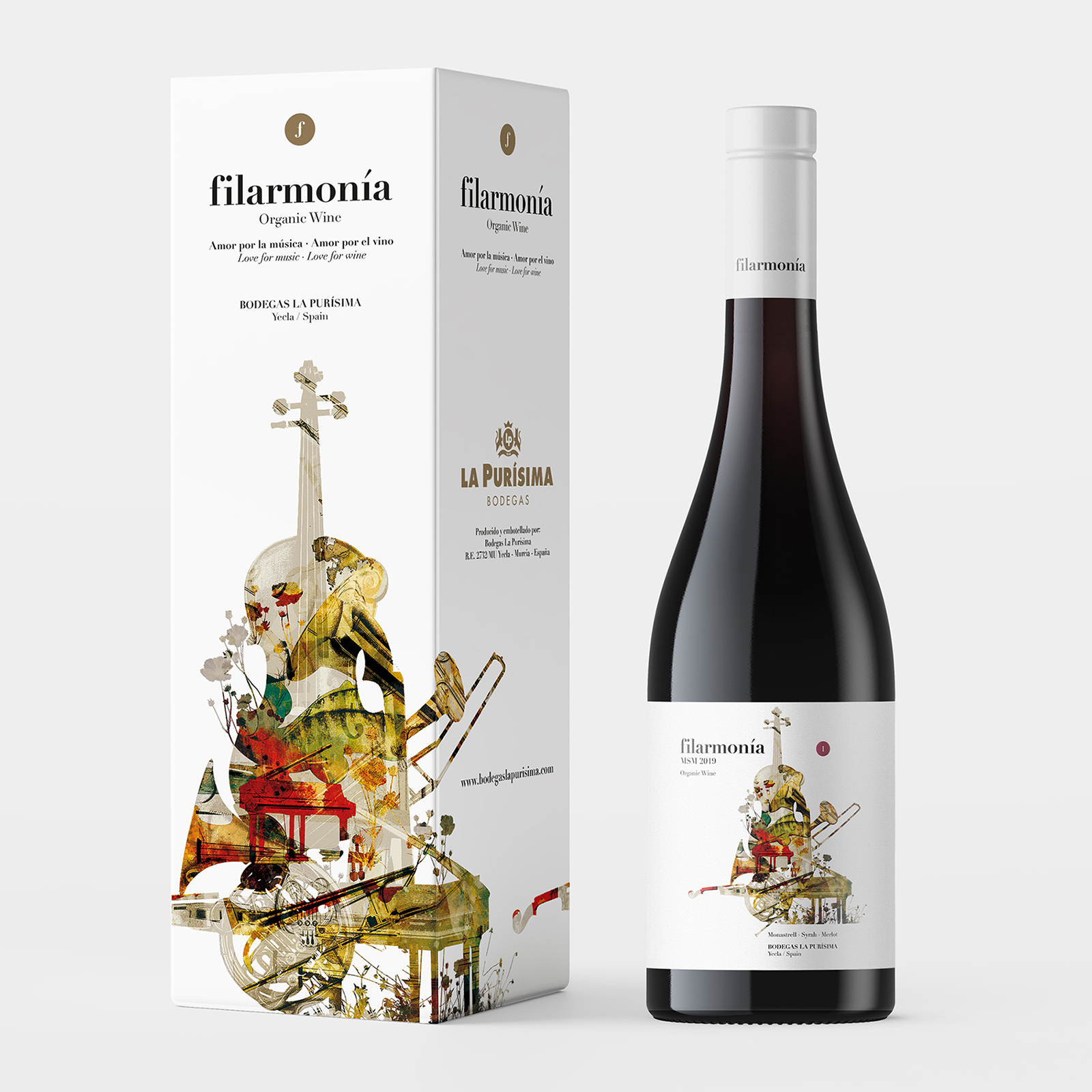