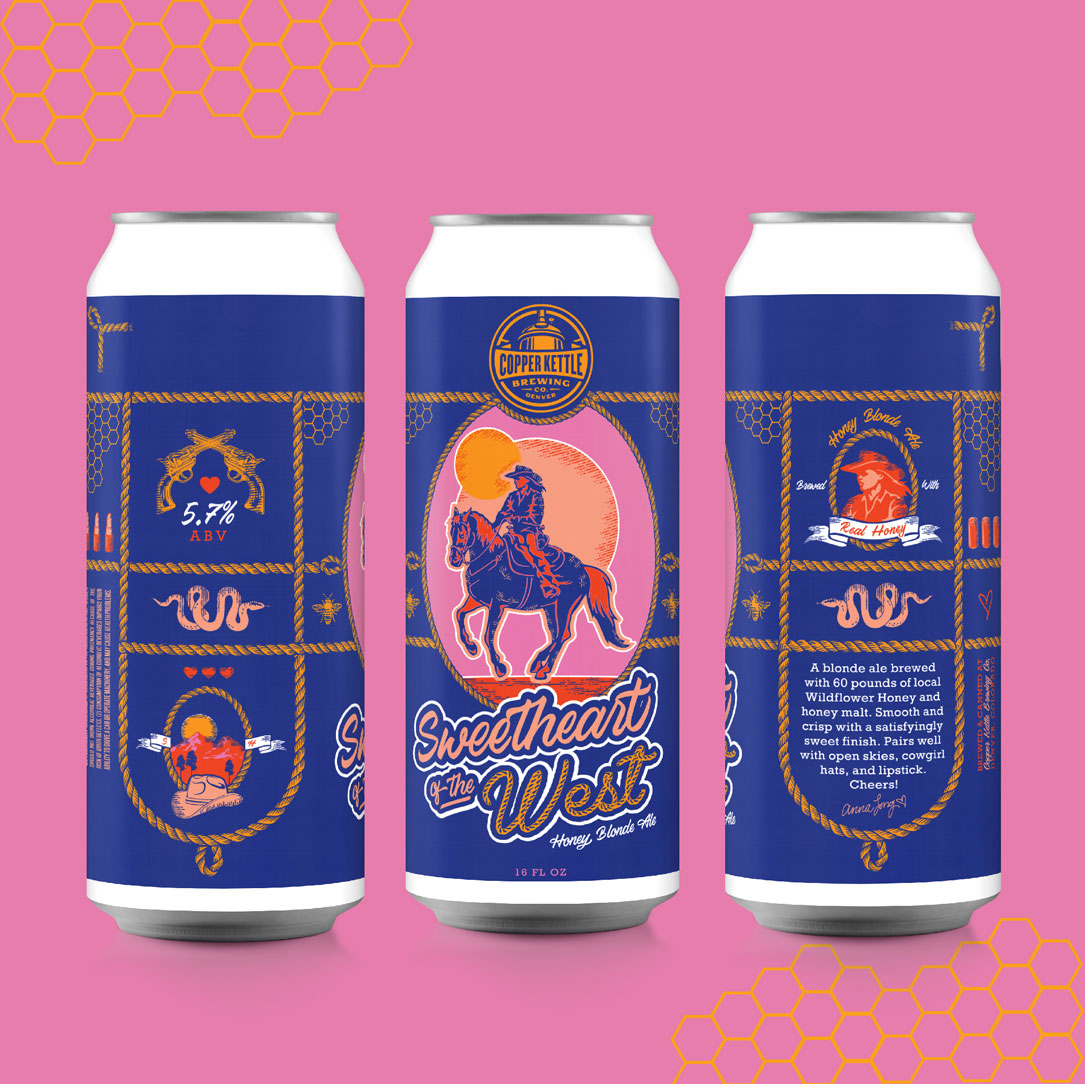 There is a cool and commanding femininity to a cowgirl riding fearlessly into territory that has long been claimed as a man’s space. Not too dissimilar from spaces like craft breweries, where the status quo has upheld a male-dominated industry since their inception. “Sweetheart of the West” is a tribute to the power of femininity in traditionally masculine spaces.

Voted a competition winner by Copper Kettle Brewery patrons, Norlo CEO Anna Long led the creation of this honey blonde ale from concept to the recipe to label. The name was the brainchild of partner and Norlo President Tevon Berka, who drew inspiration from women carving their own path in the wild west. (Here’s looking at you, Kissin’ Kate Barlow from Holes)

This blonde ale is dripping with 60 pounds of local Colorado honey – a star ingredient that made its way onto the label through elements like the honeycomb pattern and golden bees flocking our leading lady. Sweetheart of the West is all about contrast, corralling juxtaposed illustrations like snakes and hearts, weapons and lipstick, into a simultaneously fierce and feminine design. This label pairs bright, contrasting hues and tonal texture for a can design that would lasso any curious passerby. 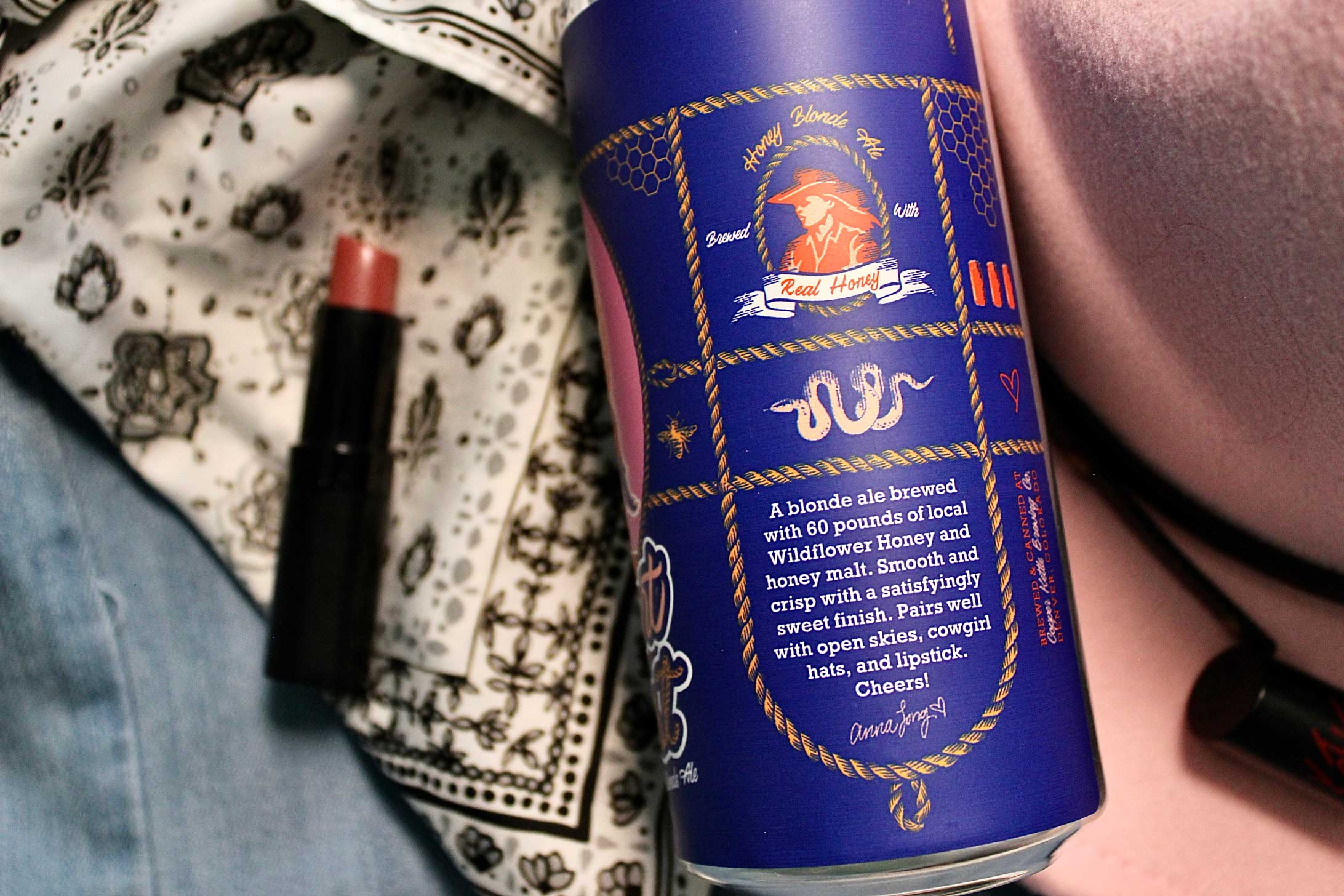 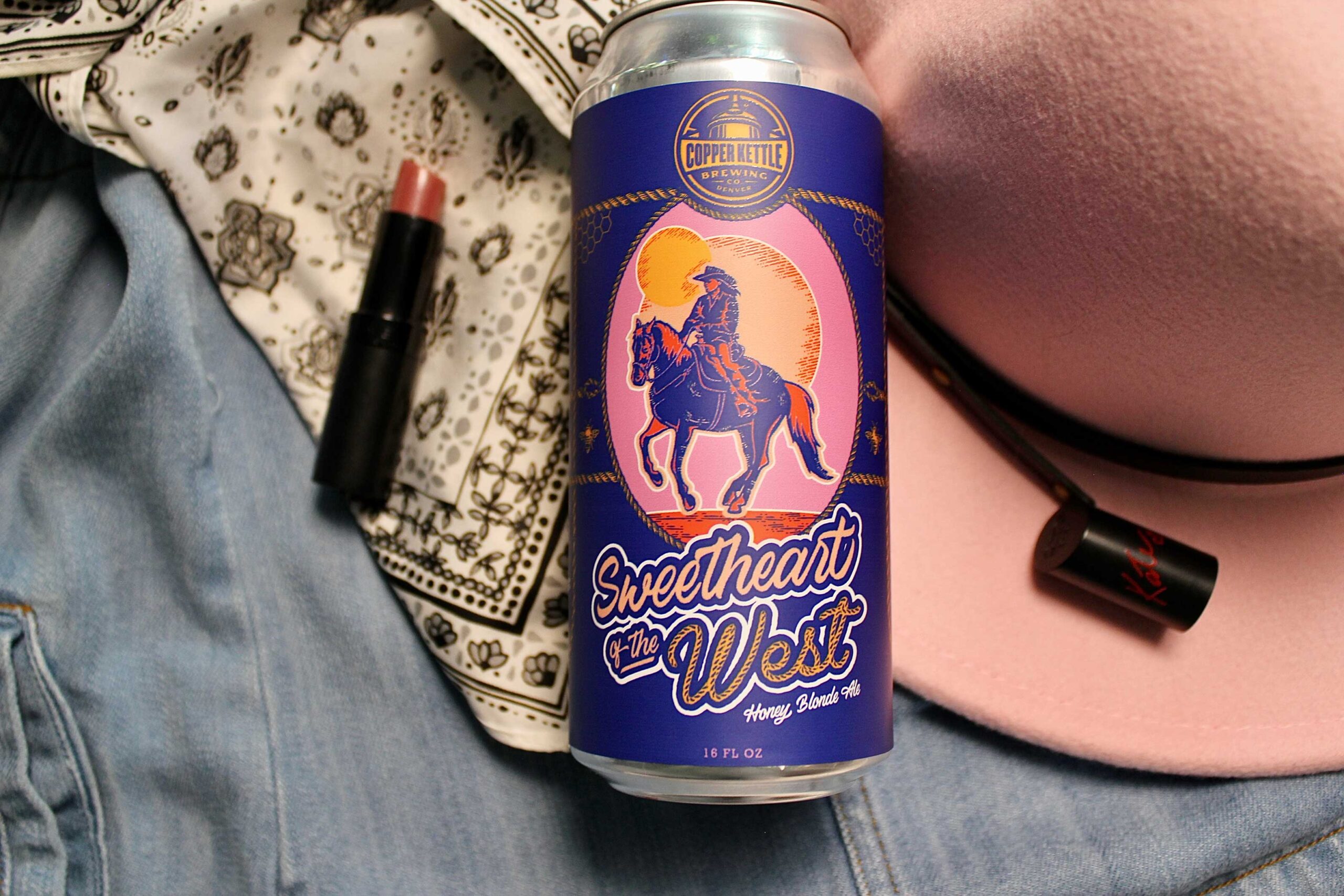 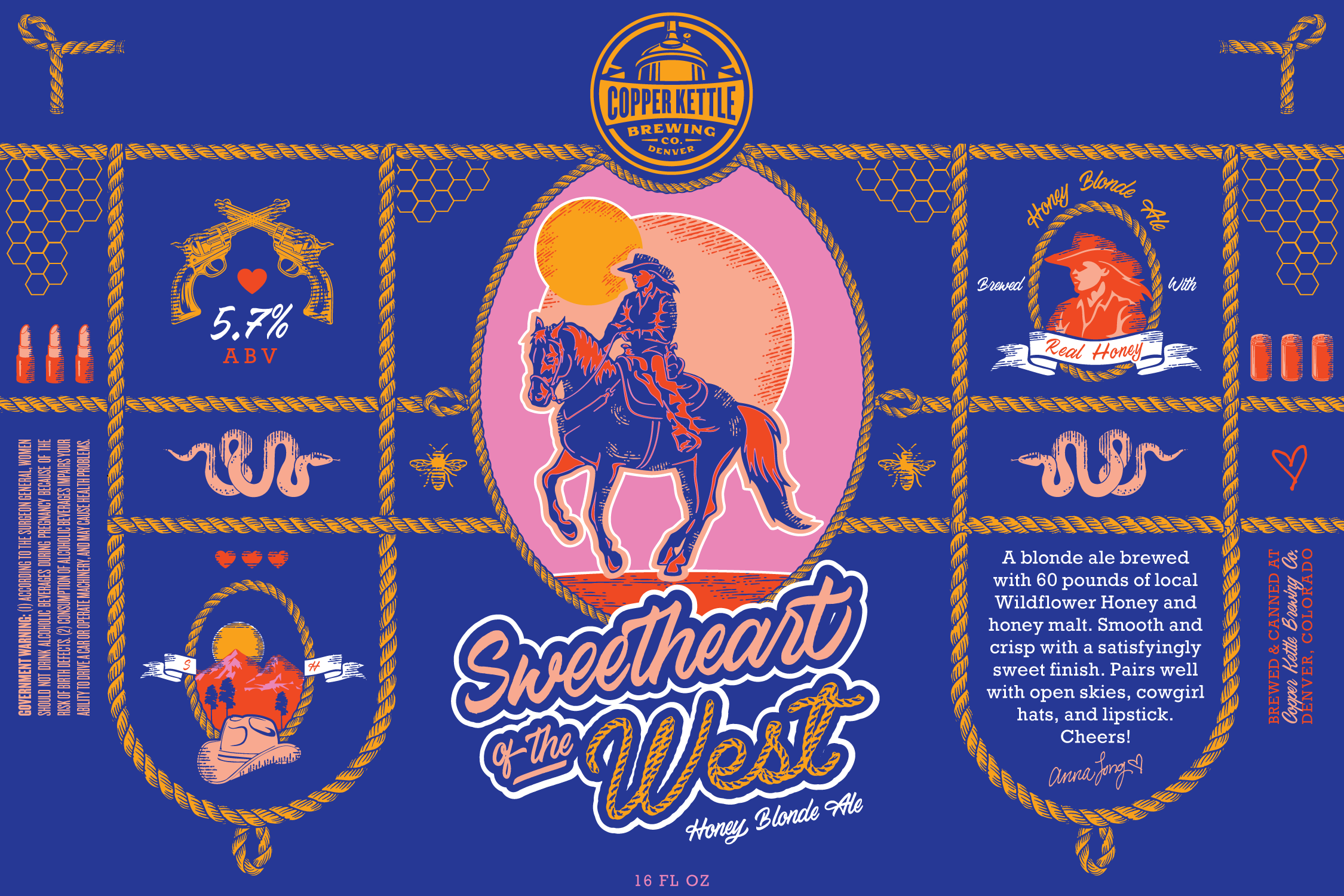 ‘Into the Woods’ Beer