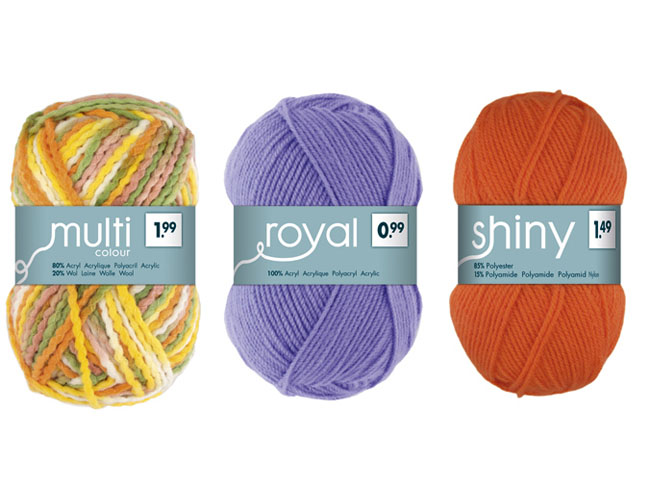 Zeeman yarn packaging
Studio Kluif is a design unit founded by Jeroen Hoedjes and Paul Roeters during the summer of 1999 in The Netherlands.

The Zeeman Group operates over 1050 Zeeman textielSupers in The Netherlands, Germany, Belgium, Luxemburg and France. Its head office and distribution centre are both located in Alphen aan den Rijn and it is from there that all the shops receive their stock several times a week. The range consists for the greater part of textiles and clothing basics for the whole family. In addition to the basic ranges, Zeeman carries an ever varying range of non-textile products. That the discount formula is well received by the consumer is demonstrated by the fact that 60 million customers from all strata of the population visit the shops on an annual basis. Zeeman offers new products every week using eye-catching advertising campaigns to bring them to the public’s attention.

After an extensive agency oriëntation Zeeman has chosen Studio Kluif to develop the total new packaging policy. At the moment Kluif is working on several assortment groups. 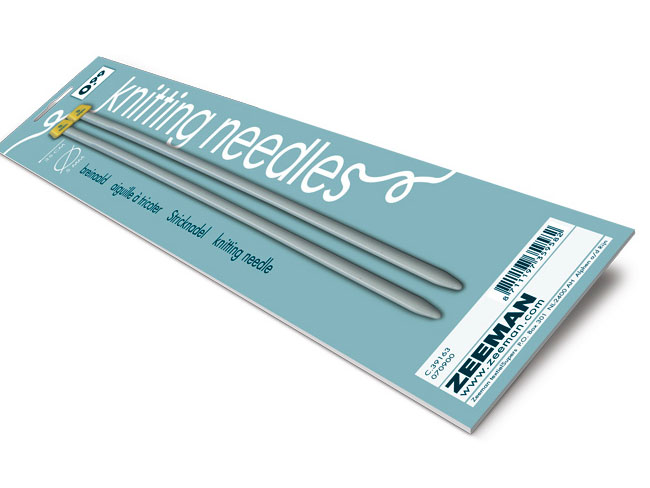