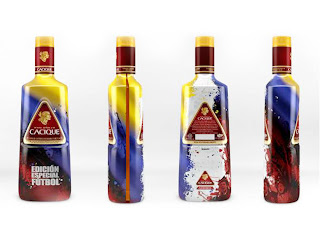 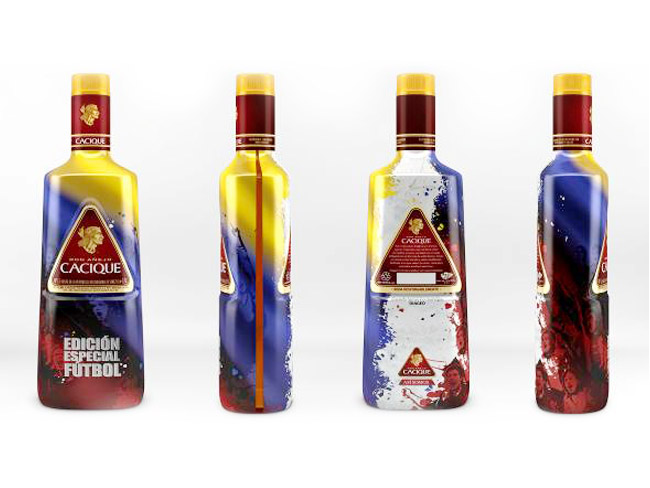 With another Project alongside Diageo, Art presents its first international project and will be part of the biggest soccer tournament in Latin America, Copa América 2011, beginning July 1st!

The Cacique rum, one of the most traditional and popular icons produced by Diageo Venezuela, has won two special sleeves for its traditional Ron Añejo, with references to the sports and the celebration of the games.

One of the sleeves is illustrated with a cheering crowd among the colors of Venezuela’s flag – yellow, blue and red – the country of origin of the rum, where it is a best seller. 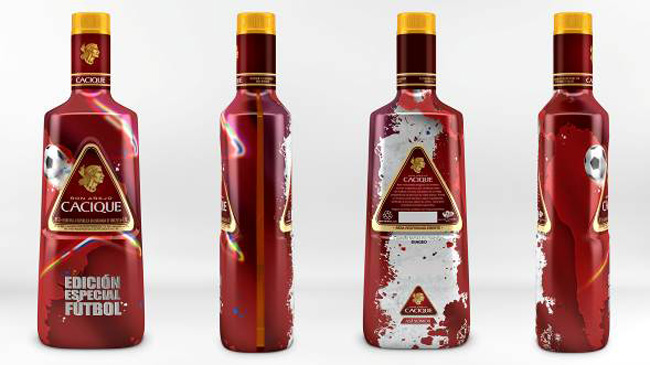 The second version talks more broadly about the competition. Among the graphics, a sash with the colors of all countries taking part in the Copa América goes around a map of South and Central America, alongside a moving ball that leaves from behind the label.

In both sleeves, the original front and back labels have been preserved. There is also a common element in the back of the bottle in both models, in order to maintain the event’s theme.

The special editions will be available only during the tournament, which will end on July 24th.

In Spanish, the word “cacique” means “the leader of the tribe”. The beverage, owned by Diageo, is one of the top brands in Venezuela. The product comes from the heart of the Venezuelan jungle and began to be sold in 1959.

The Cacique Añejo is made from pure spring water, following a high quality artisanal process. It’s pure rum, with no added flavors; a mixture of rums aged for four years in North American oak barrels. Its golden color reflects its great purity and its tropical fruit aromas, with slight wooden tones, offers a balanced and full-bodied taste. It’s an ideal beverage to be tasted with other combinations, since it keeps its unique flavors and aroma.