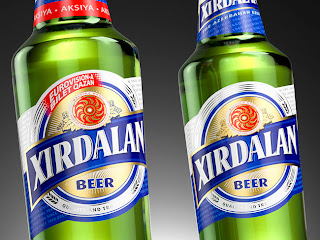 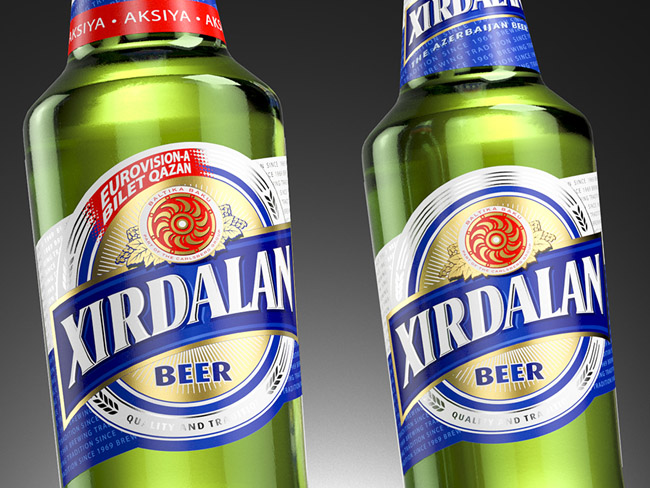 After having announced that Xirdalan would be the new sponsor for the Eurovision Song Contest 2012 in Azerbaijan, Baltika Baku Brewery decided to introduce a completely new design. The branding and packaging design consultants, CARTILS were asked to revolutionize the brand, create a new bottle shape and a limited edition for the Eurovision.

Baltika Baku are proud to sponsor such a prestigious and widely covered event in their home city. ‘We feel very proud for Azerbaijan to win the Eurovision Song Contest and believe it is going to be very special in 2012. Our sponsorship is part of Xirdalan’s new brand strategy that aims to make Azerbaijan beer lovers enjoy the event to the full and for this we are planning to run more activations around the contest next year’, said A.A. Tlehurai, CEO Baltika Baku.

The redesign affected everything from the label to the bottles shape. Even the point of sale advertising and a complete new marketing communications strategy were introduced. The new brand positioning Xirdalan focused on today’s generation of active beer drinkers. “Xirdalan is the best choice for people who appreciate the time spent in a circle of close friends and understand the importance of Azerbaijani Friendship,” says Shahrukh Nizamutdinov, marketing director Baltika Baku. He continued, “In fact, we do not just change the package, we are to produce modern beer, not forgetting the traditions of Azerbaijan. Thus a new accurate design was chosen, stylish glass bottle with embossed barley ears, which is easy to hold in your hand, and made complete with a new logo. All in all a dynamic new beer keeping a modernised version of its former emblem.”

CARTILS’ new design remained faithful to the traditions of Azerbaijan, however continued looking to the future and increase its appeal for today’s young adult consumers. It modernised but remaining recognisable. Also the limited edition for the Eurovision Song Contest made use of effectively profiling the connection, yet not overpowering the brand itself.

Both Baltika Baku and CARTILS are glad to introduce this revolutionary new design and are looking forward to a successful Eurovision Song Contest. 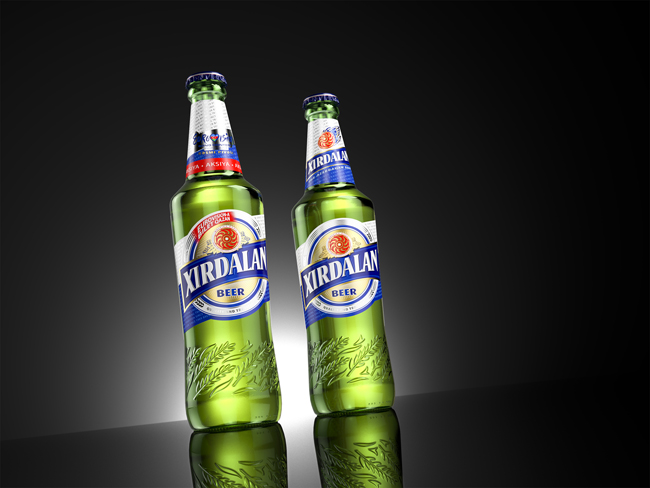