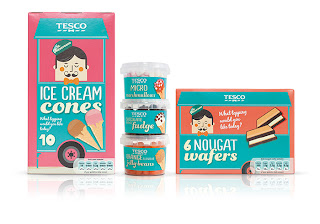 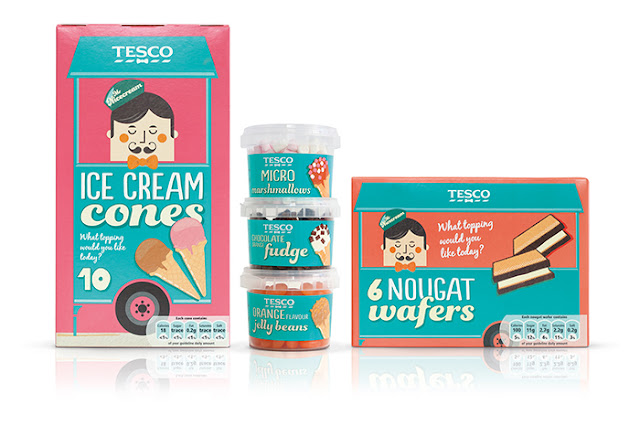 So, Tesco undertook to launch such a range of products and asked rostered agency R Design to create the identity and pack design.

Having researched some initial ideas, Tesco wanted to avoid the obvious clichés around ice cream so R design responded with a design language that suggested the innocence and nostalgia that consumers so fondly associate with the world of ice cream.

“Colours, typography and a naïve, almost diagrammatic illustrative style conjure up that warm feeling we have for the ice cream occasion and are used to clearly navigate the product range” adds Richmond. 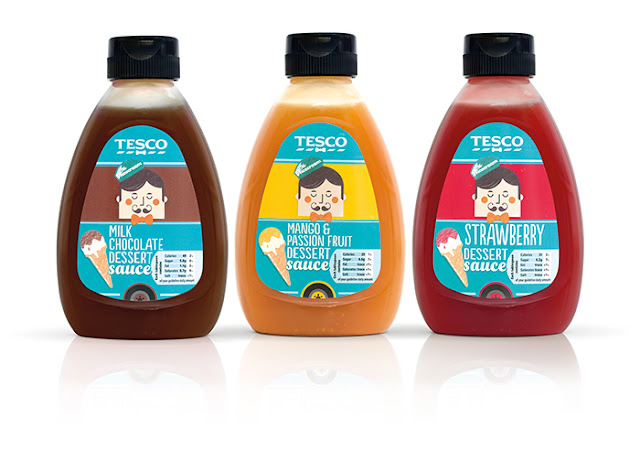