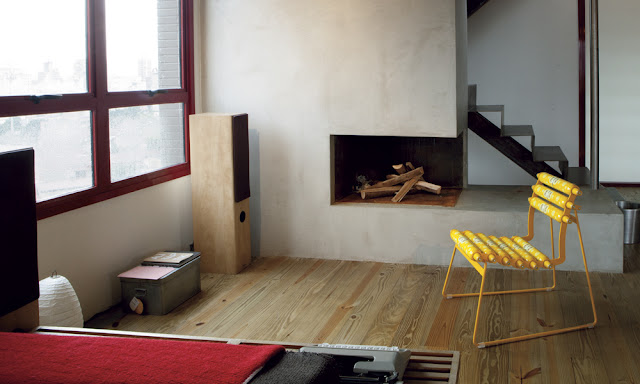 After becoming Lamp, Clock, Vase, Oil & Vinegar set and Candleholder, the new Skol aluminium bottles gave shape to an armchair. Invited by F/Nazca Saatchi & Saatchi, the renowned furniture designer Pedro Useche has used Skol bottles to create a unique piece. The result is this armchair, which uses the cylinders of the new packaging as bearings in the seat and backrest.

For Pedro, “turning an armchair into a desirable object is not only about showing aesthetic attributes but most of all, making people feel comfortable when they sit on it”. The ones who sit on Skol’s armchair can actually attest the designer’s intention. By maintaining the bottles’ original format without inhibiting its rolling, the designer ended up providing a pleasant massage sensation. 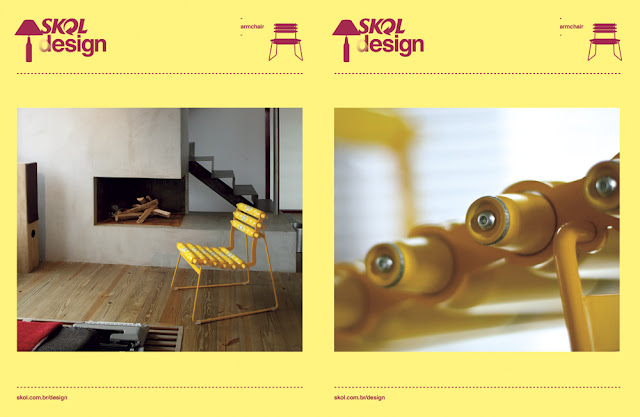 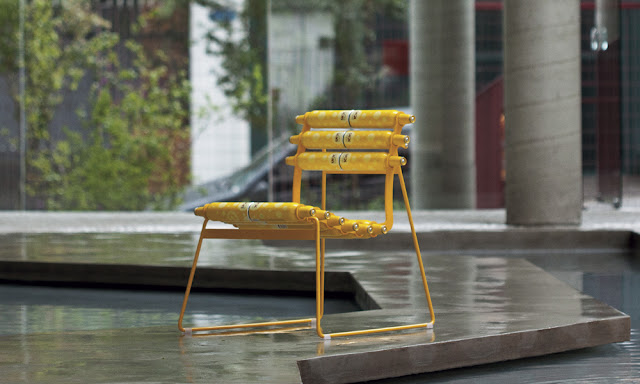 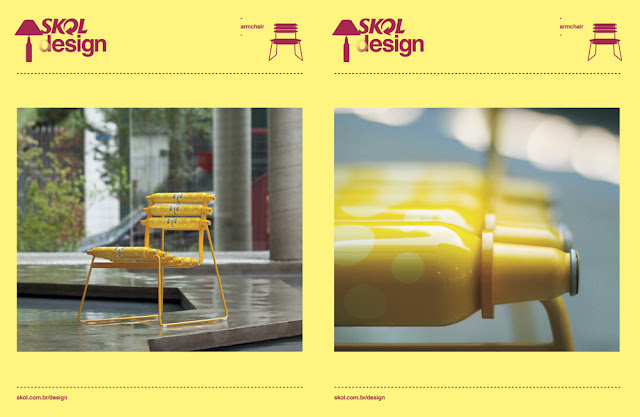