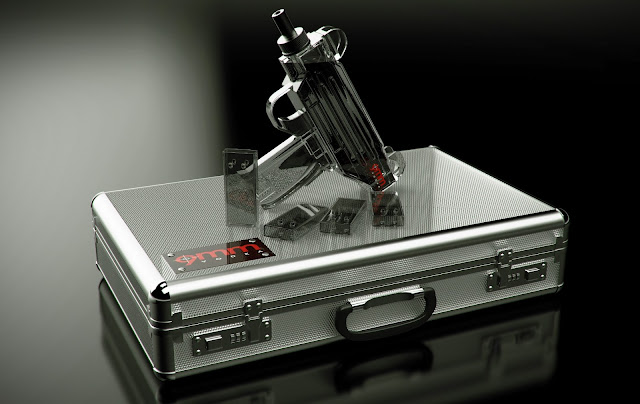 Conceptualization. As with most good ideas, 9mm Vodka was conceived in the pub. Driven by our curiosity at the abundance of non-descript packaging and dull spirits products – we bandied about a few alternatives as to how we might spruce things up a bit. After a few more pints, this is what we came up with! 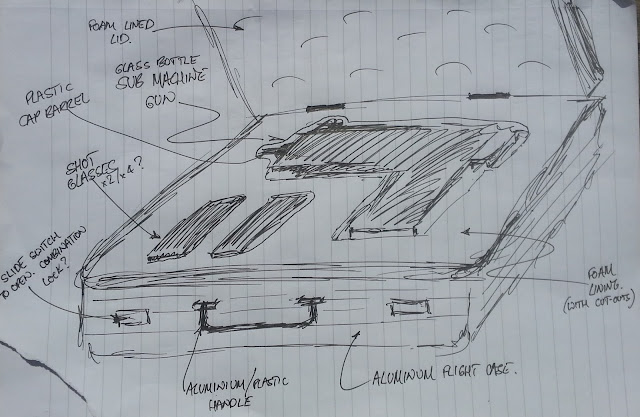 Design. After sobering up, it all still seemed like a good idea, so we began putting the idea into practice. The decision was made to include 4 shot glasses modelled on ammunition clips. The front handle was eventually eliminated to overcome a manufacturing complication. 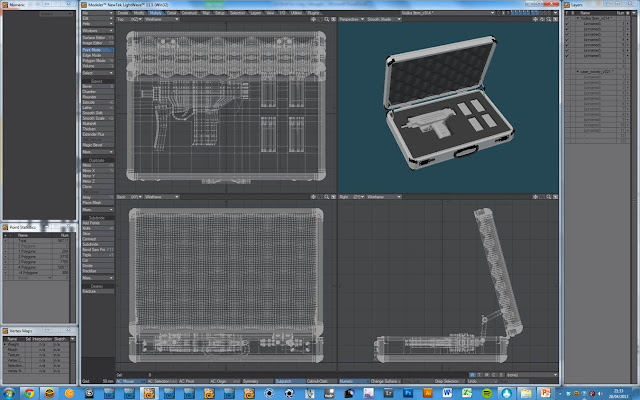 Modelling in glass. The idea was fast becoming a reality. At this stage it was necessary to make some compromises eliminating a few finer details from our original design. 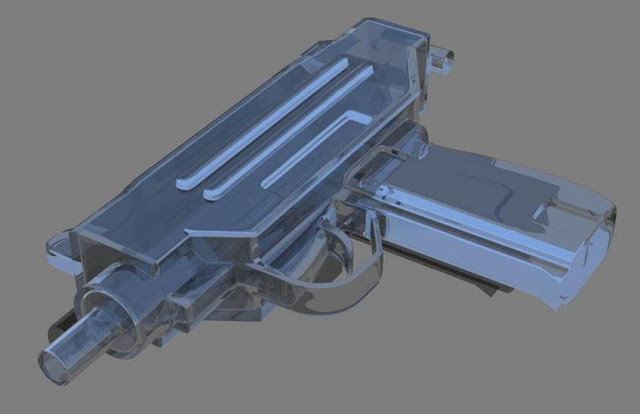 A word on layout. The generic orientation of a submachine gun is such that the body lends itself well to being the vodka’s receptacle. The product holds 500ml of ultra-premium French Vodka at 40% ABV. 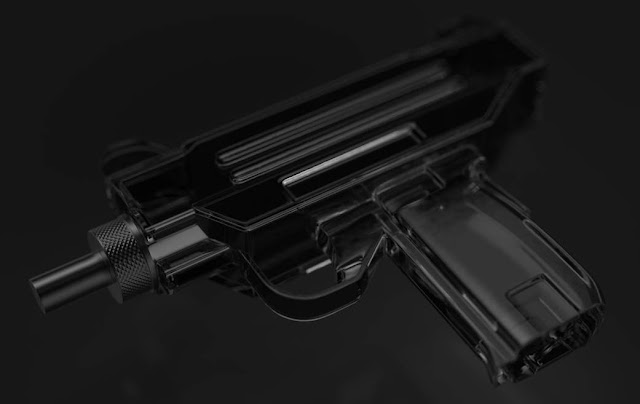 Branding. Having a great packaging simply isn’t enough, and we knew that to have a great overall product we’d need an equally strong name and brand. “9mm Vodka” was proposed by my business partner, which we liked and soon settled on. Developing the right logo was not so straightforward however, as illustrated by just a few of the alternative concepts below: – 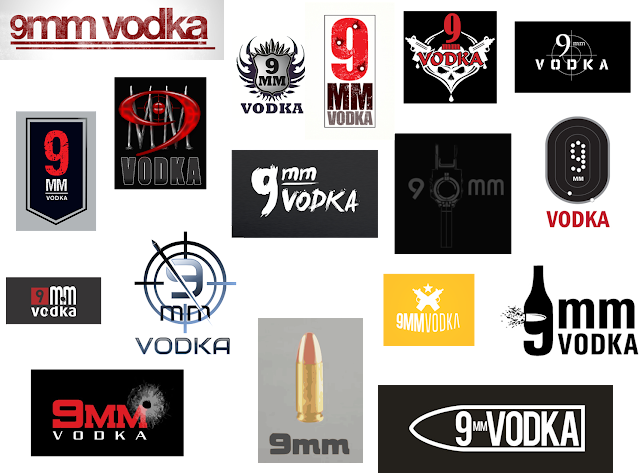 Final Logo. Eventually we sided with something simple, clean and impactful. 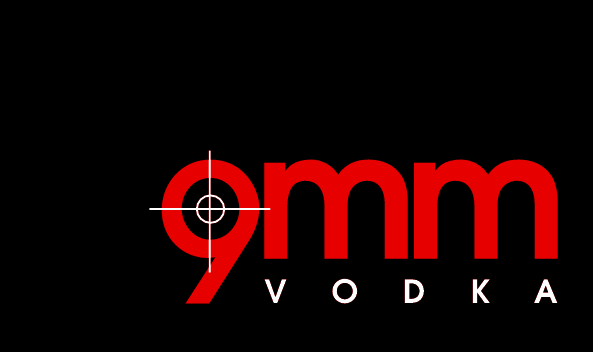 The Branded Product. Although we thought it was important to feature the product’s name and brand on the product itself – we didn’t want the branding to be overbearing or detract from the packaging – the star of the show. The decision was made to feature a discrete silkscreened logo towards the base of the bottle, as well as on a riveted plate on the flight case. 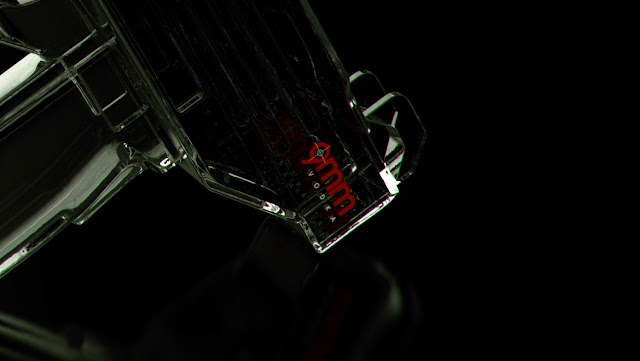 The ingenious cap solution. Every bottle needs a mouth/closure and the natural location for 9mm Vodka’s is at its barrel. A plastic “knurled” injection moulded barrel/cap screws to the bottle’s neck to complete the product and seal the vodka within. 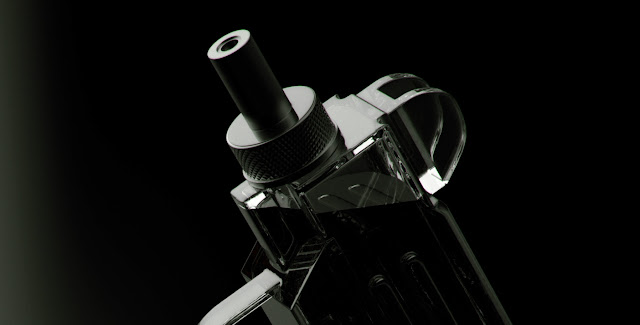 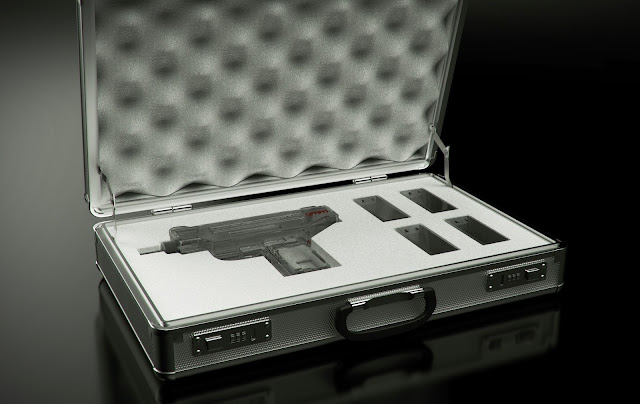 Final Pack. Finished with a sleeve containing all the necessary legals and information. 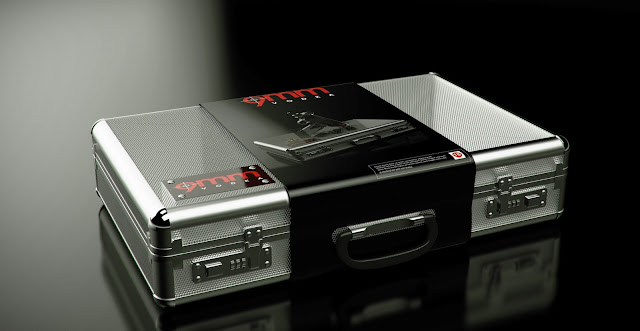 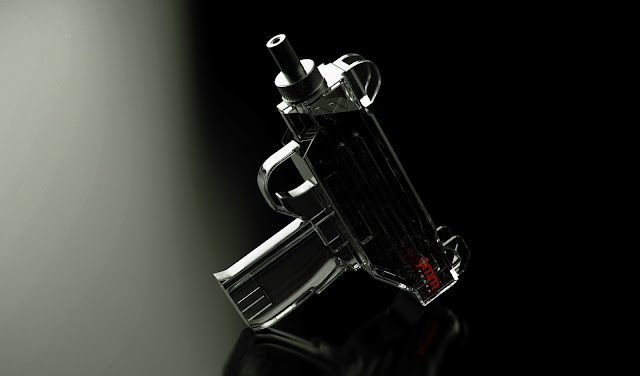