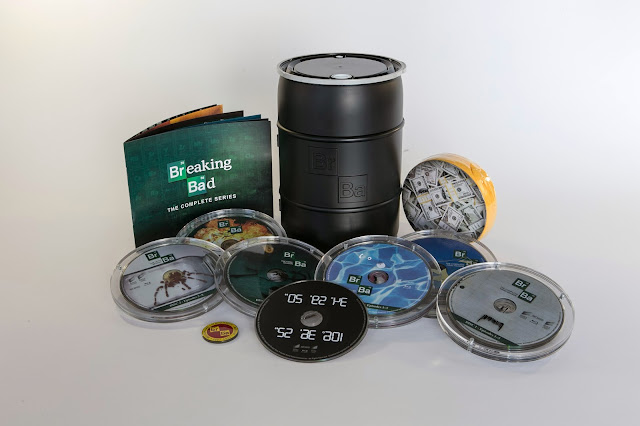 Based on a key component of the award-wining television series’ final season, Elite Packaging working with Sony Pictures Home Entertainment and the show’s creator, Vince Gilligan designed and manufactured this iconic brand replica for one of home entertainment’s most popular shows. 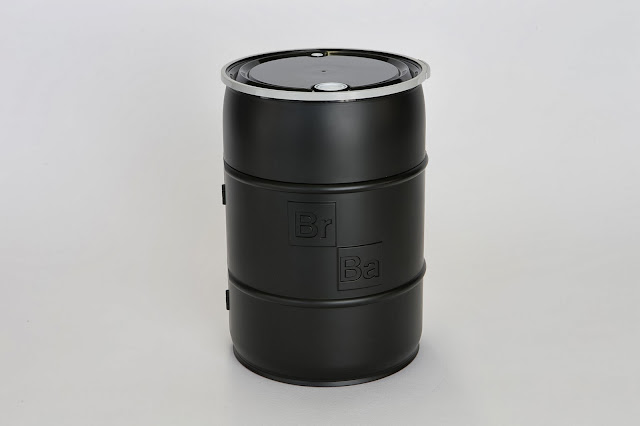 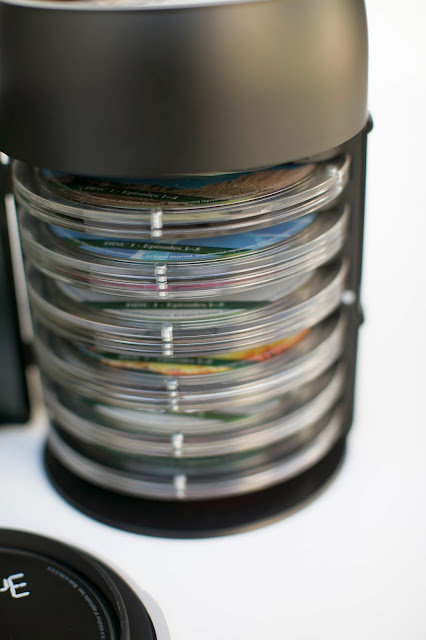 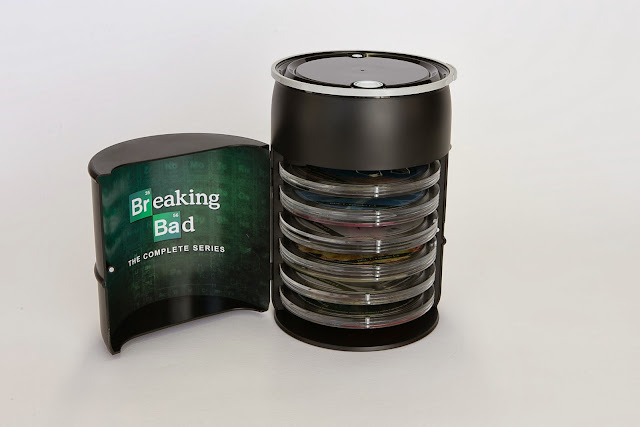 Along with an added bonus disc that comes hidden on the barrel’s removable top lid (See BB-Opened-04). There is also a compressed collectible apron, a commemorative challenge coin and a 16-page mini-booklet that sits in the barrel’s swinging door. 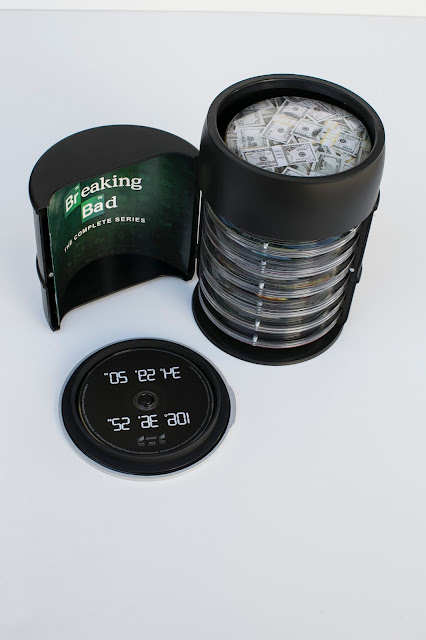 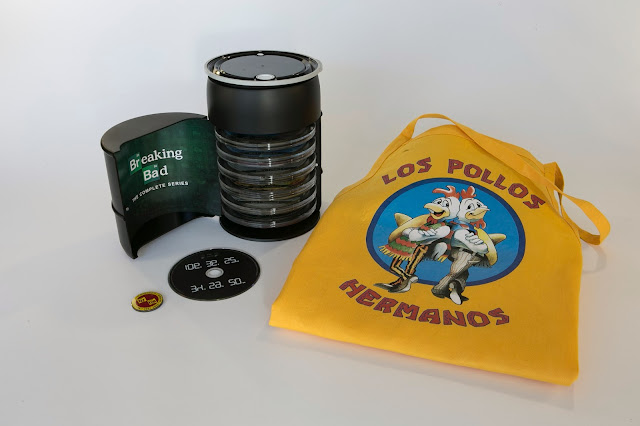 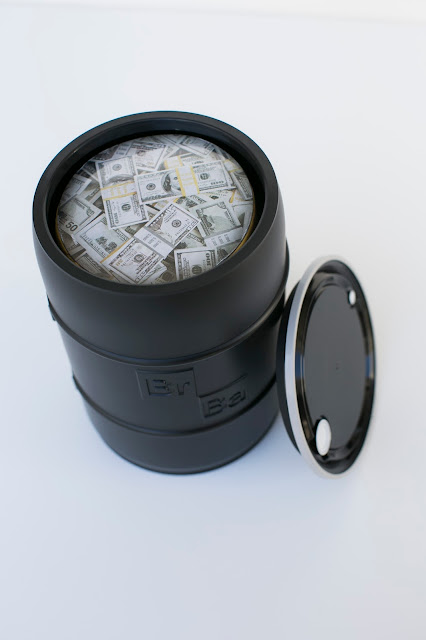 The Barrel itself is ABS Injection-molded plastic with a soft touch coating on the inner disk holder shelving unit and on the top lid’s inner cavity to prevent any scratching on the disc holders or bonus discs. There is hand-painted trim on the top removable lid and a molded embossed/debossed branded logo on the barrel’s front with the iconic “BR/BA” logo. 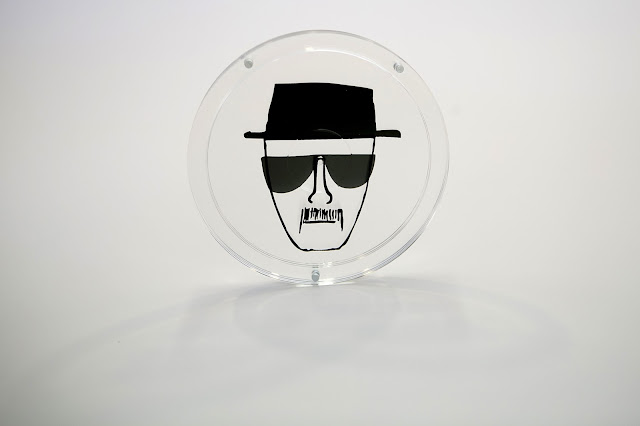 Setting a precedent in the disc-storage media realm, the disc holders are made from clear, molded acrylic along with a set of three magnets on each panel to form a secure stack within each set. 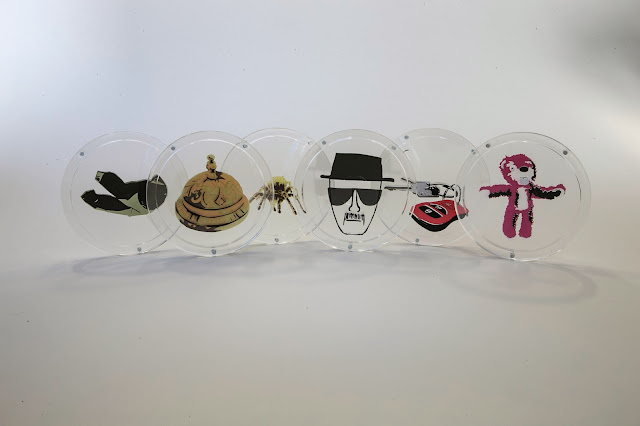 Each panel is silkscreen-printed with a portion of art and when combined without the discs, each set forms a cohesive iconograph that plays a relevant role within its respective season adding a subliminal touch that falls very much in-line with the style of the series that all die-hard fans can relate to. 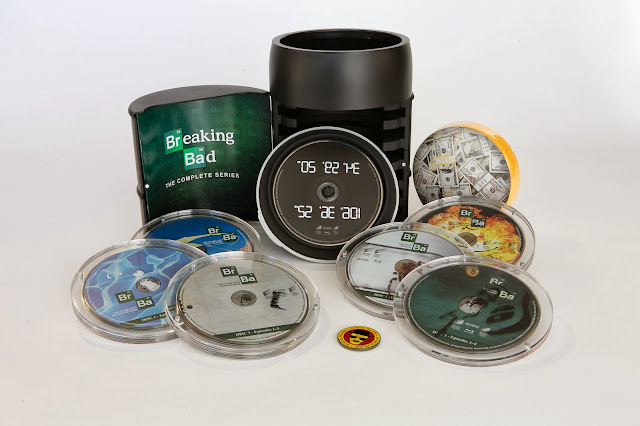