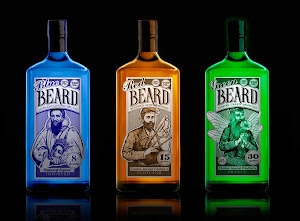 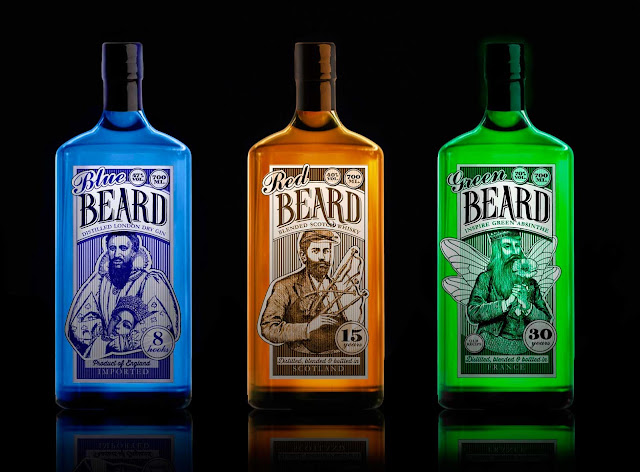 Bluebeard is a character of the fairytale, which was written by Charles Perrault. A wealthy aristocrat, who became famous because of his cruelty and murdering of his six wifes.
“Red beard” Scottish guy with a bagpipe (as we know, the most of Scots have red beards).

“Green beard” — absinth is usually called “The green fairy”. This nickname was given for the specific color and the magic effect which this drink creates. 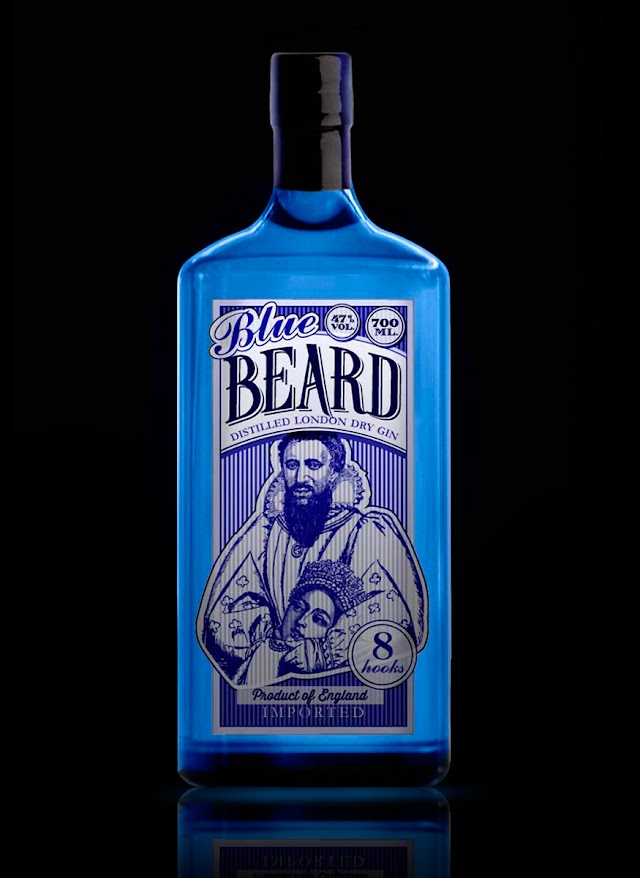 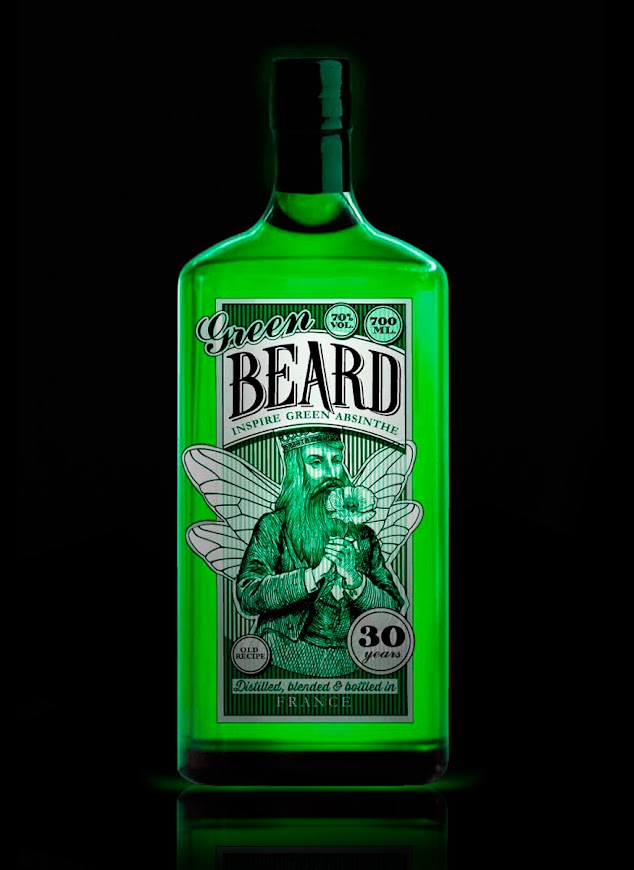 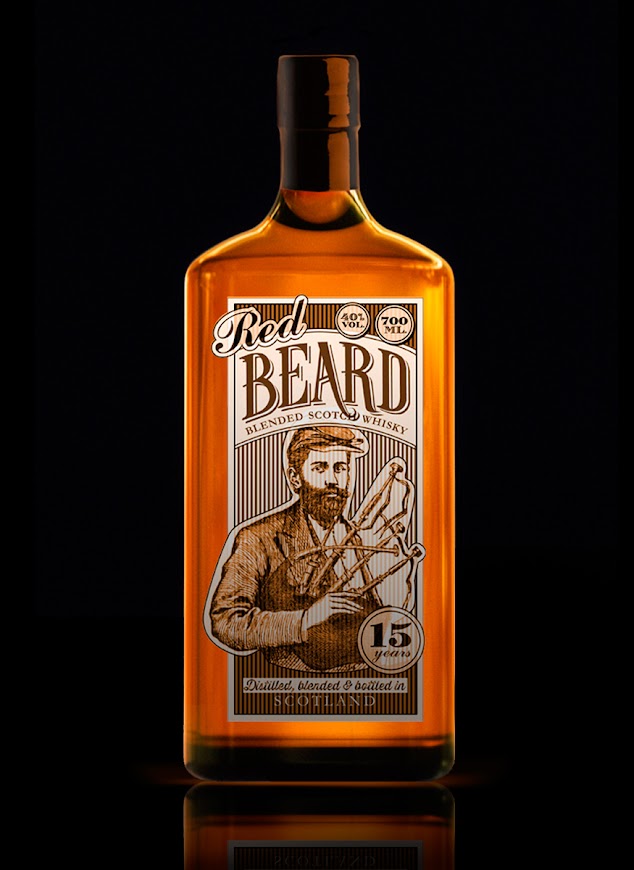