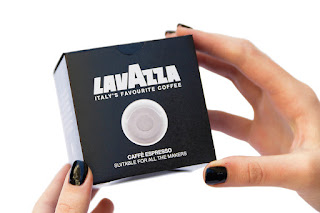 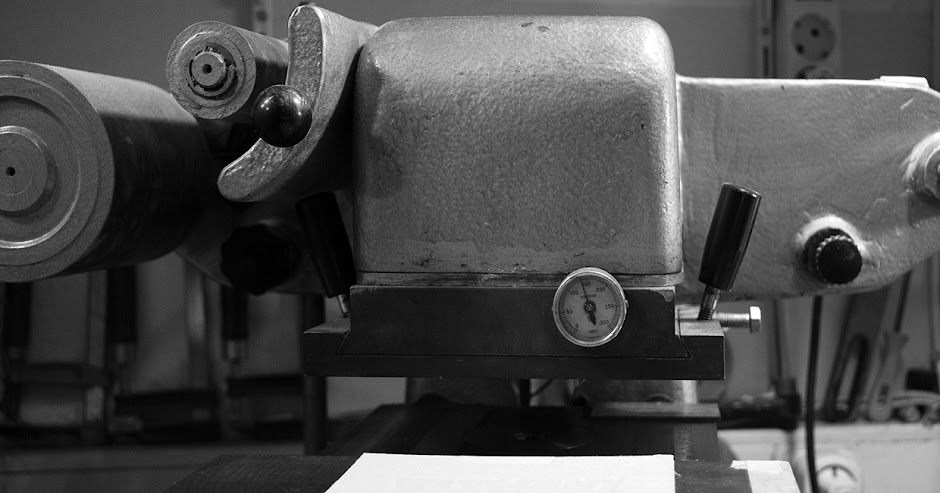 We purchase and use brands, which inevitably characterise us. Our personality and our habits are homogenized so as to become a clear target group (clear aim). Whatever defines a product, plenty of times defines us. What will happen if our personal characteristics, habits and peculiarities define these products as far as their design is concerned? The specific project refers to the creation of a series of packaging in a way that they depict our own personal habits and our individual characteristics. The procedure followed in the first stages was the choice of a commercial product which can easily be found in the super markets and the transcribing of a text about our own self. Two words (which would be the guiding lines of the design), were chosen, through an interactive process based on the above mentioned text, by thirteen people. In this case, the words that had to be used, to be combined as well as to be visualised were: “ice”, and “ritual”. The product, I chose to redesign was the Espresso coffee of Lavazza company. 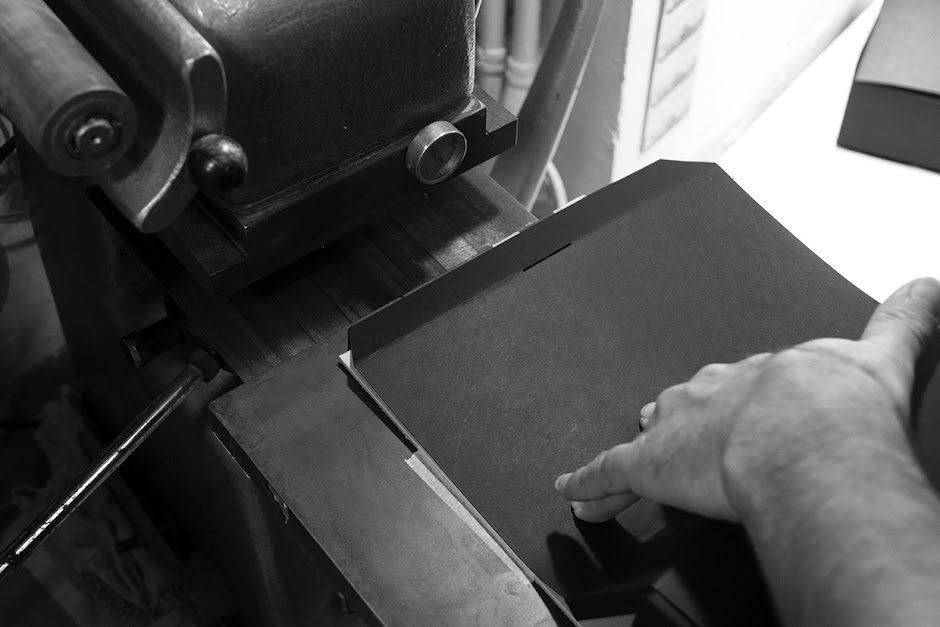 The word “ice”
I ended up believing that the best way to visualize the word, after having made tests and taking photos of frozen coffee, was in the form of an ice cube. The ice cube consists of a square grid in which water is poured so as to become ice. I kept the form that the grid seems to have and I made a box, which is comprised of only one paper which with proper creasing can create space for six equal in size squares. 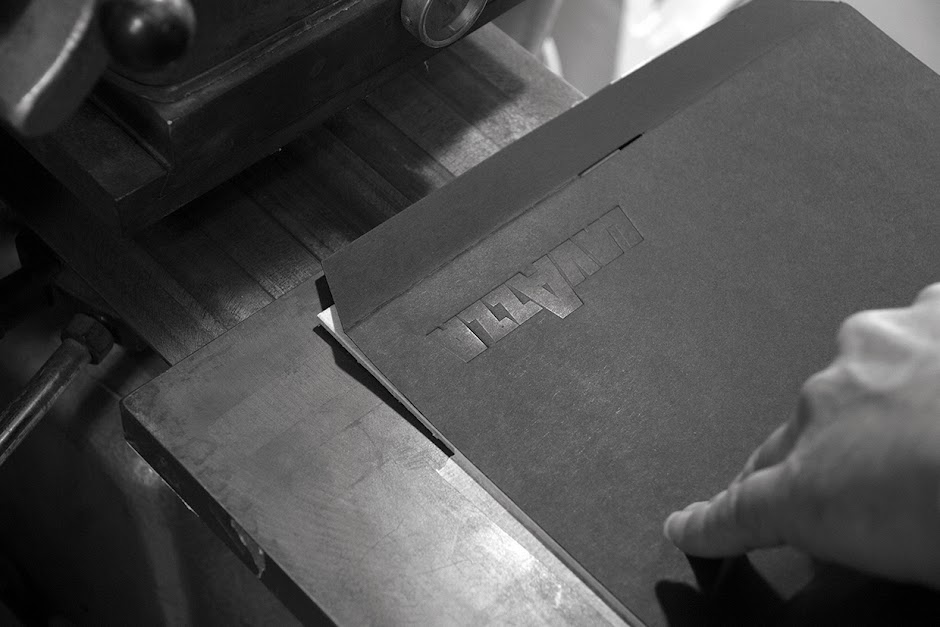 The word “ritual”
Although the most well known refreshment, which is related with the concept of a ritual, is the tea (because of the Japanese ritual), coffee, especially in our cultures, is related to a number of rituals as well. These rituals are affiliated with social communication, gathering together with other people; it is also related with the activation of the body rhythm. Moreover, the espresso coffee is affiliated with a procedure that it must be followed if anyone wishes to achieve the best possible results. I am referring to the steps that have to be followed for its making.

Besides the quality of the coffee grain itself, there are indeed numerous elements that must be taken into account, such as the quality of water, the temperature and the pressure. 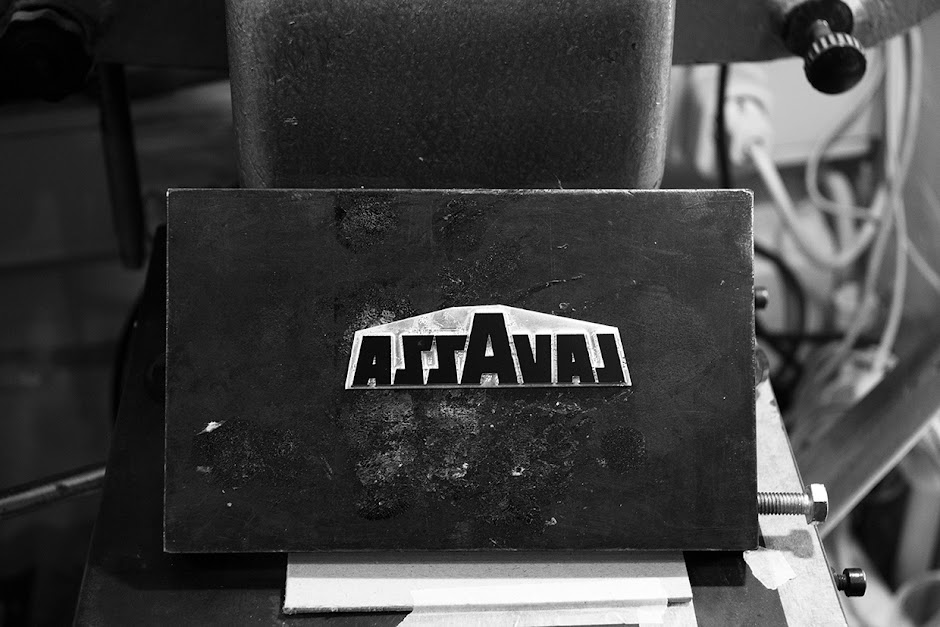 Furthermore, how coffee is served and the objects used for its making are all part of this ritual.

These are: Coffee, Sugar, Little spoons, Some kind of coffee machine, Cup & Water 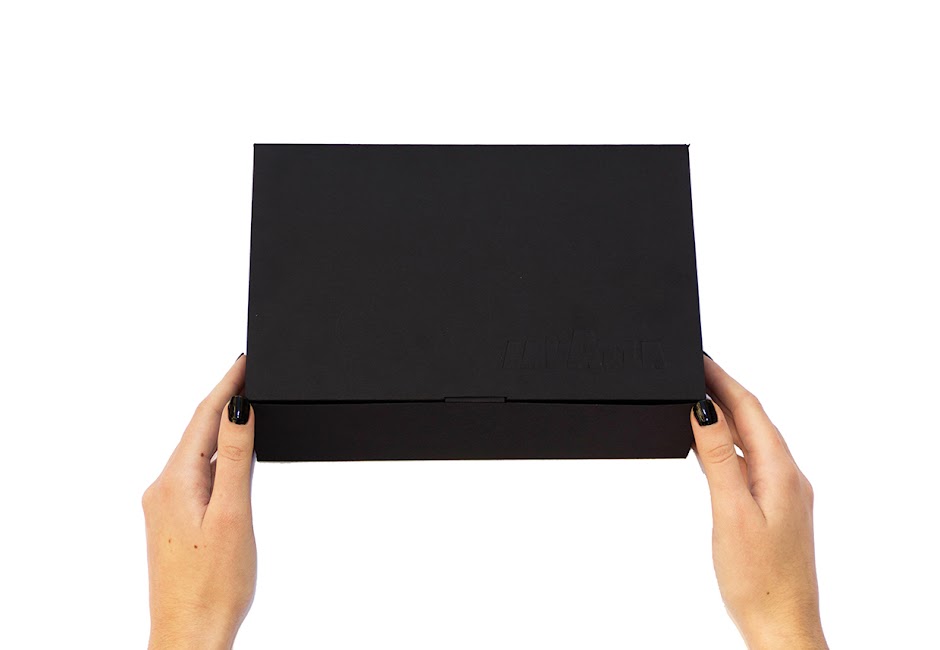 The proposal of this specific packaging consists of a big box, which contains six packages of coffee of different variety. One can distinguish the Lavazza logo from the external of the box since it has been engraved with the method of letterpress. When someone opens the packaging –the grid of which reminds us of the ice cube- sees on the top of each packaging designed a material or an object related to the making, the use and the ritual of the coffee as those ones that were mentioned above.

The chosen colours were black (which refers to seriousness and formality as well as to the gap which -at a morphological level- is used as the background so as to feature the rest of the colours/materials/objects), white (for the utensils, the porcelain and the white sugar), light and dark brown (for the coffee varieties and the brown sugar). 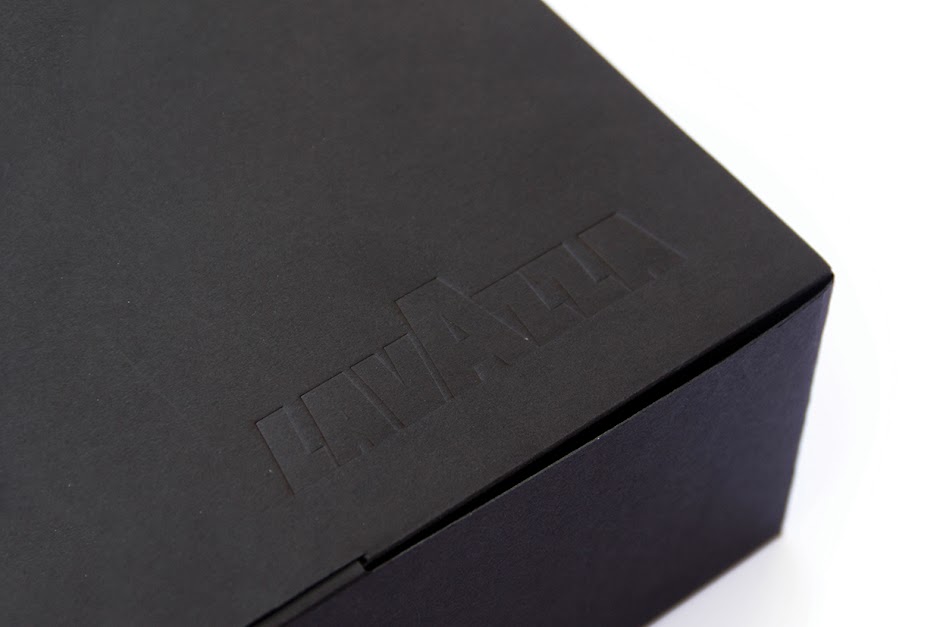 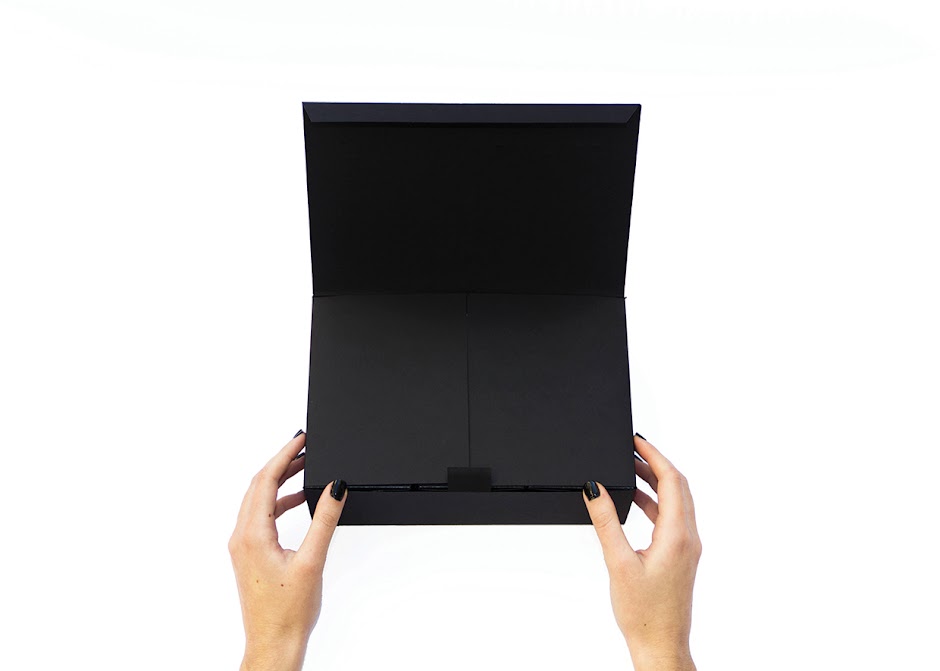 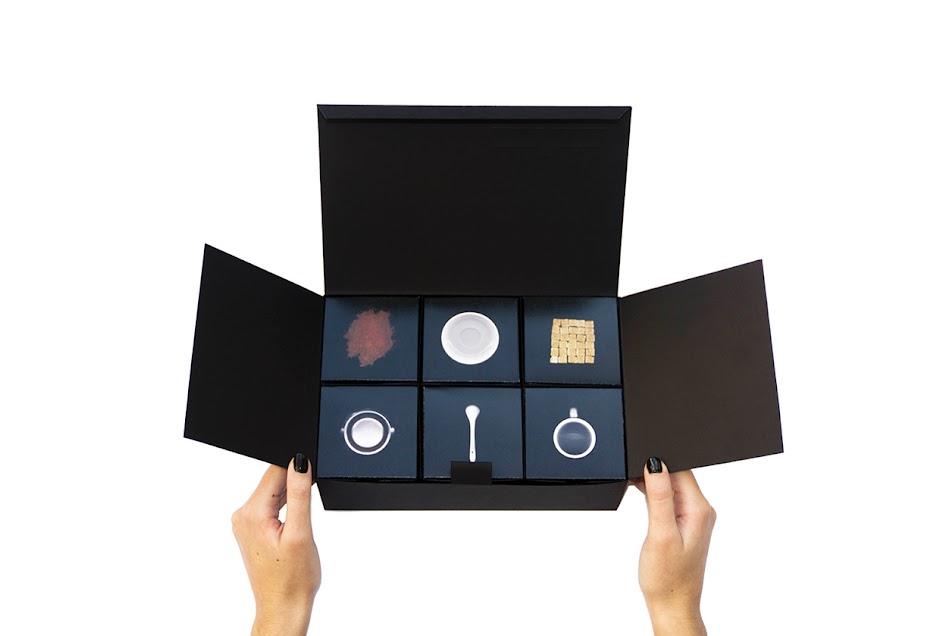 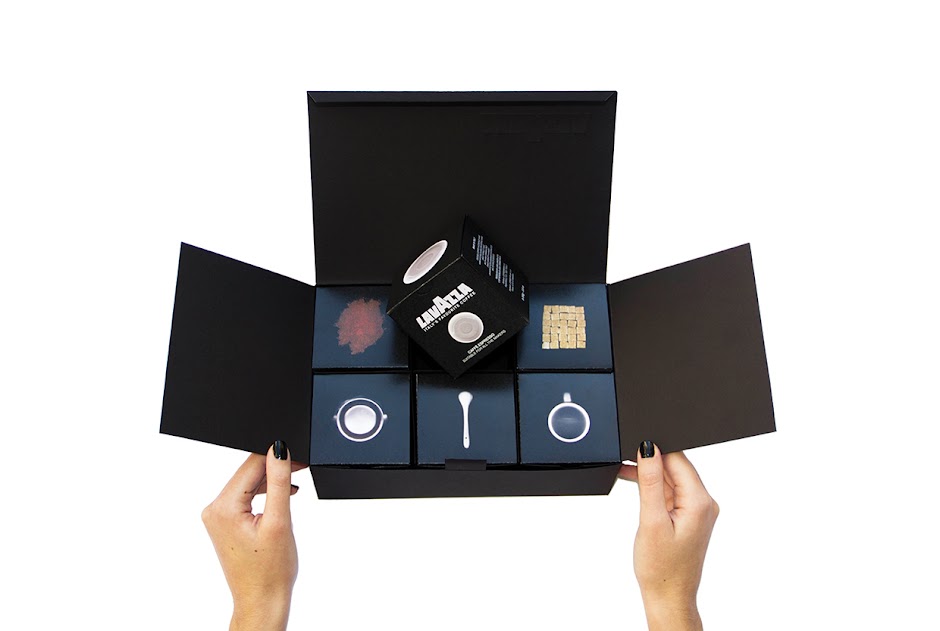 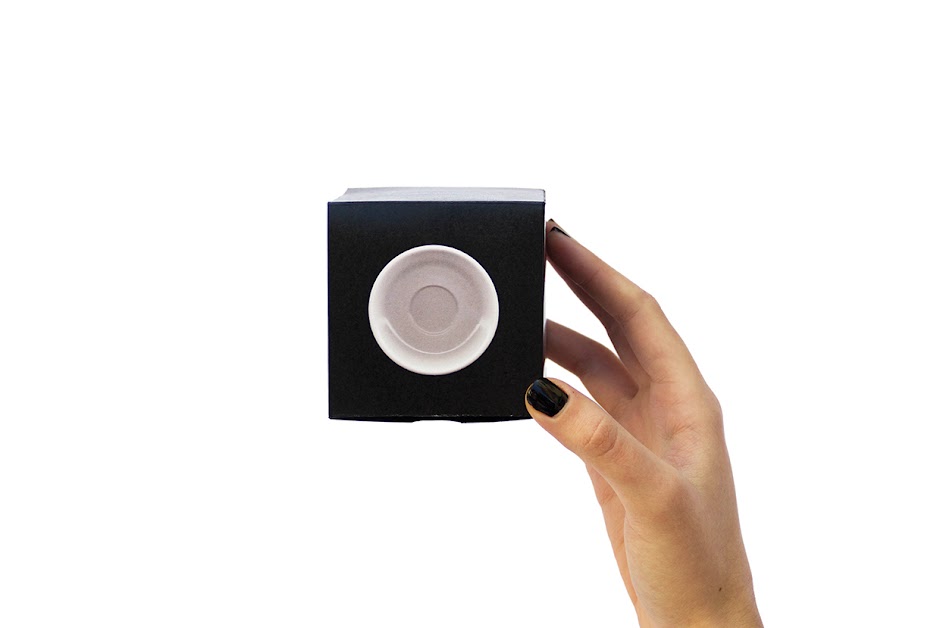 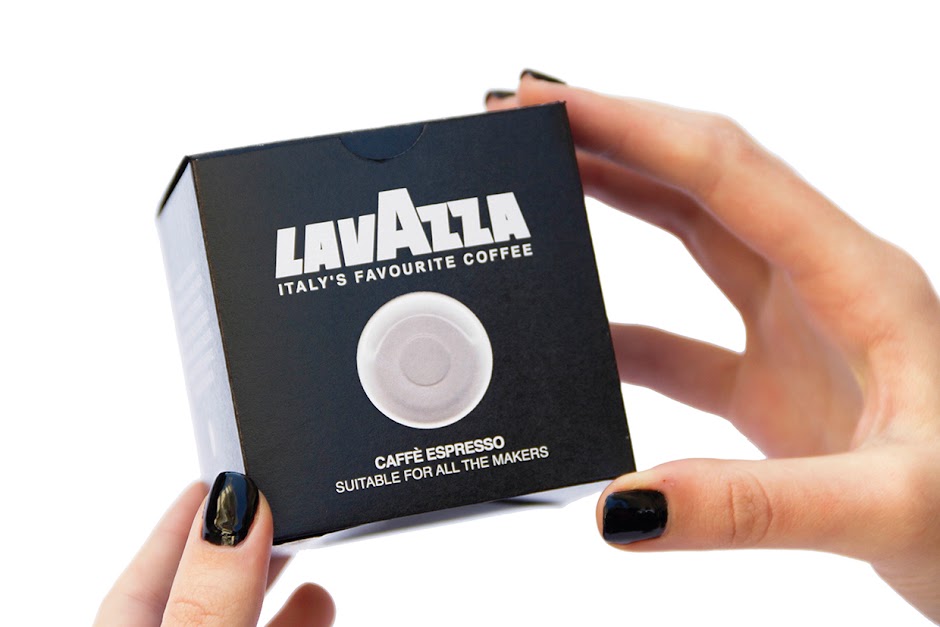 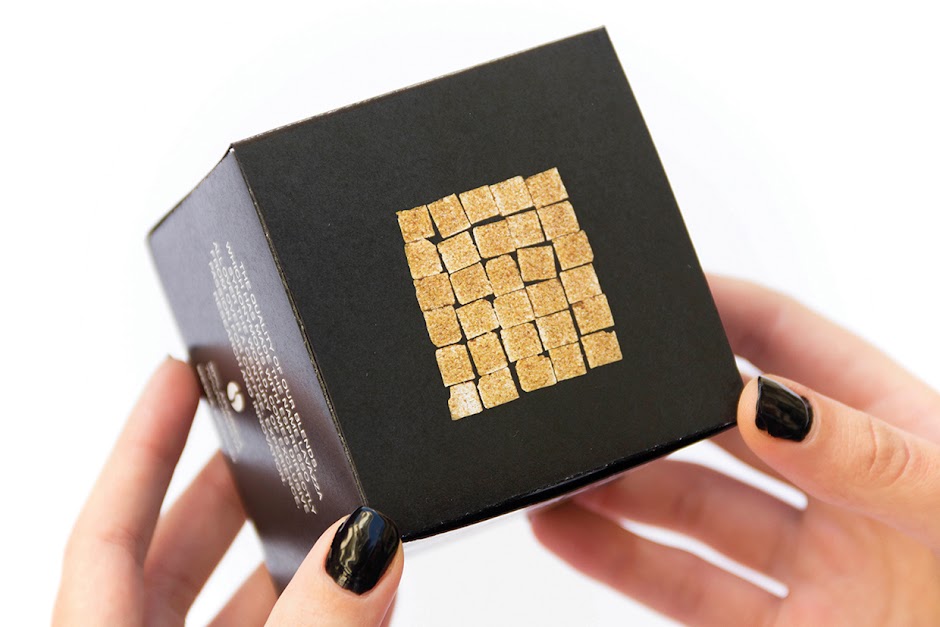 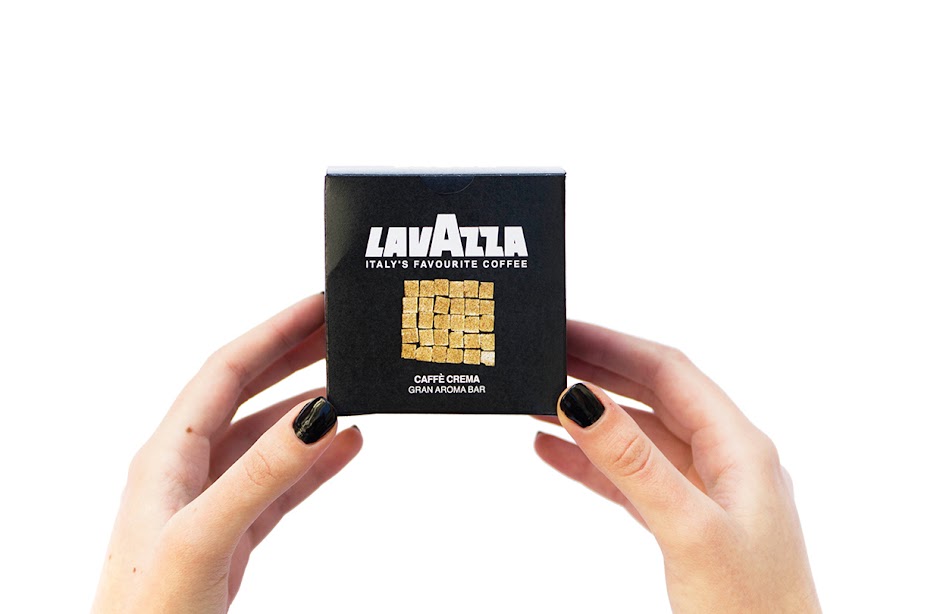 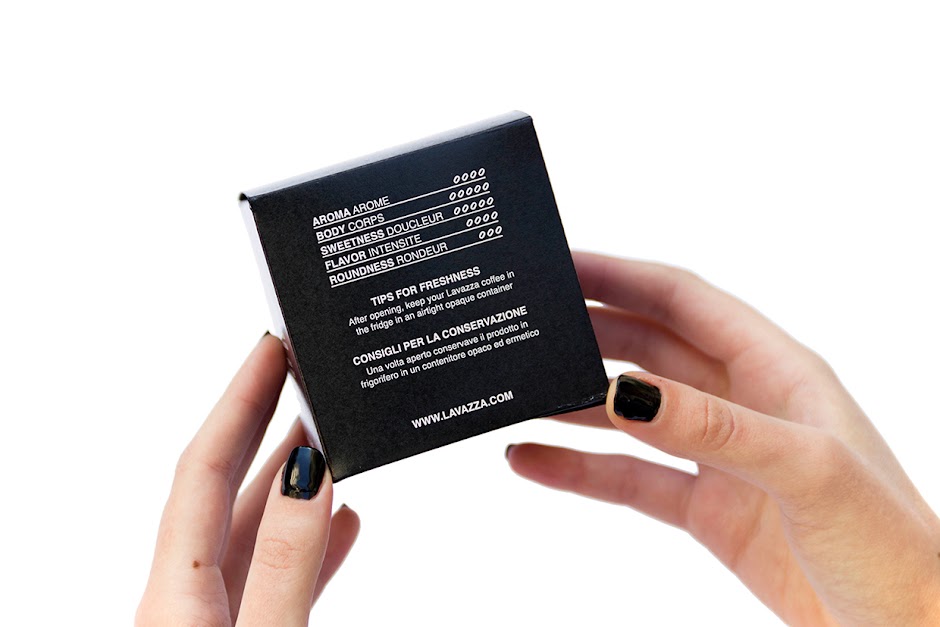 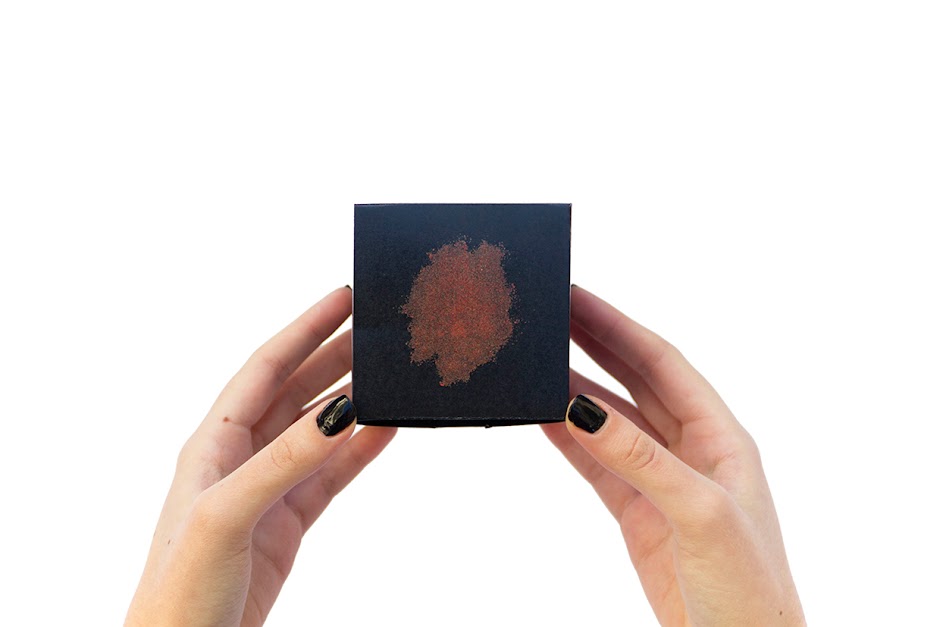 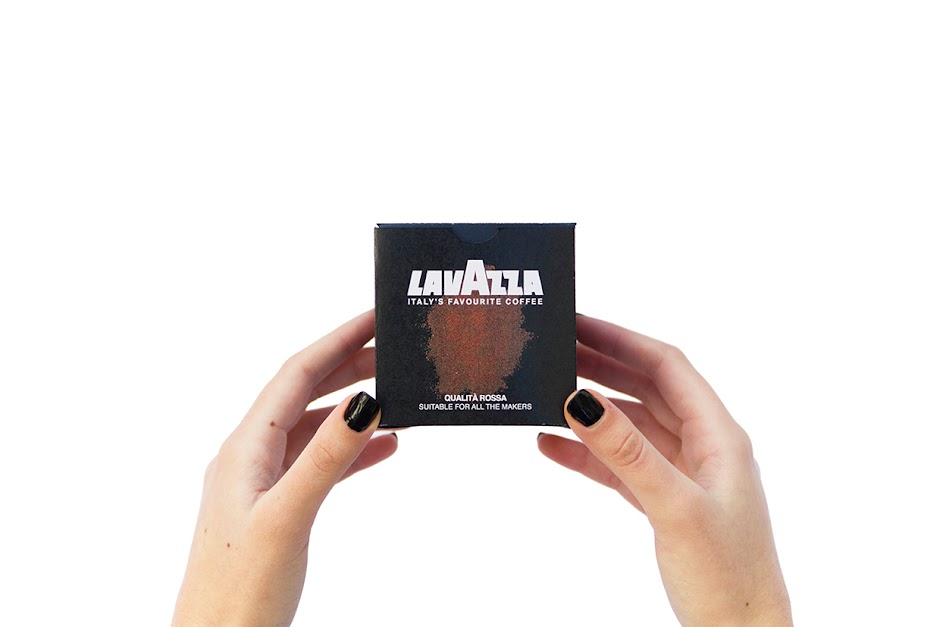 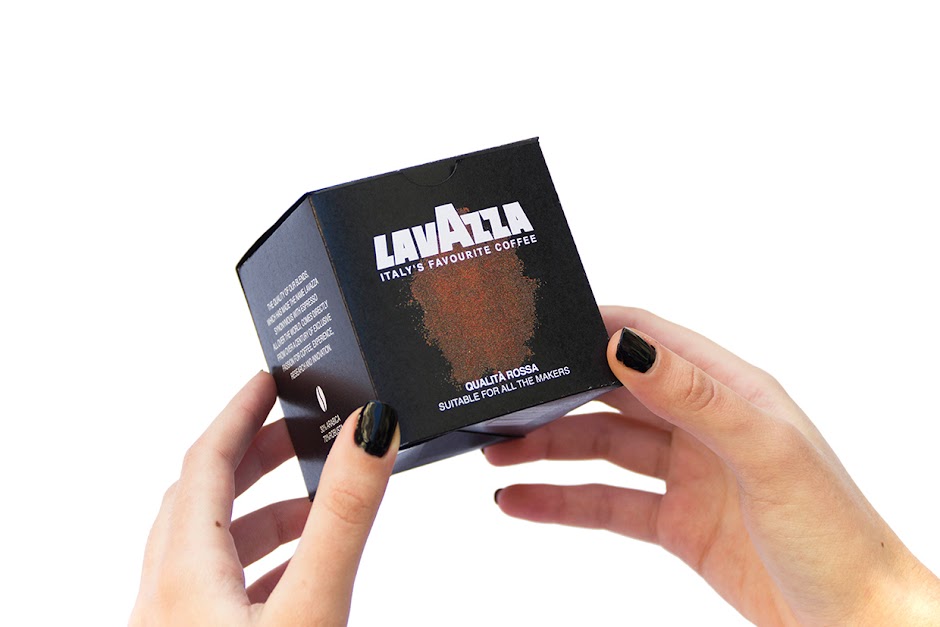 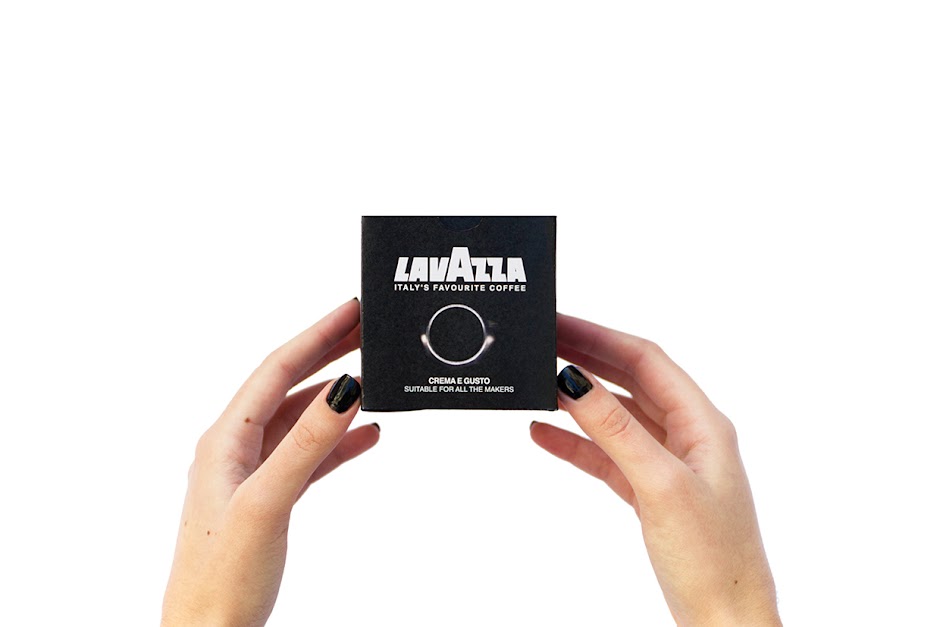 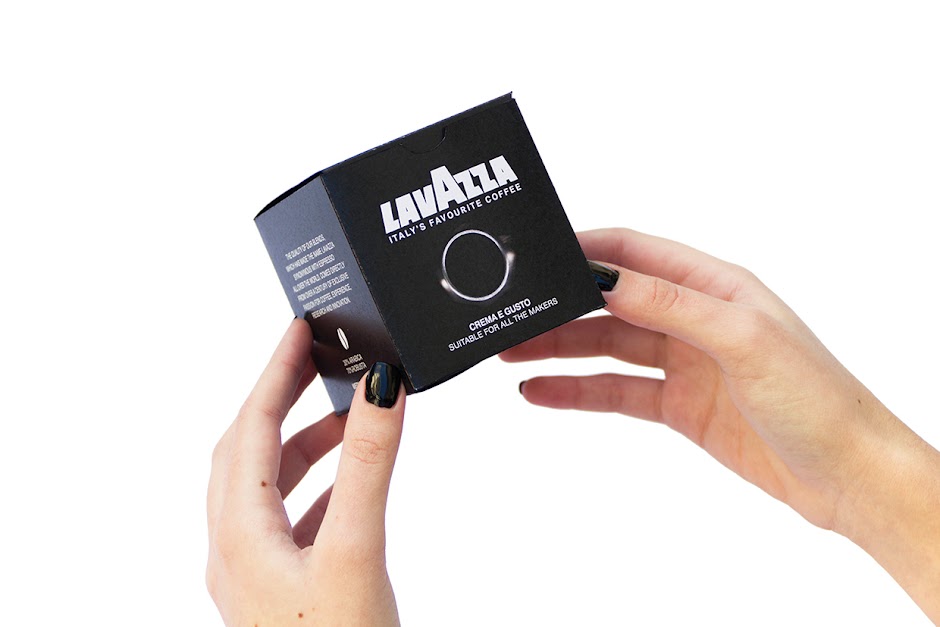 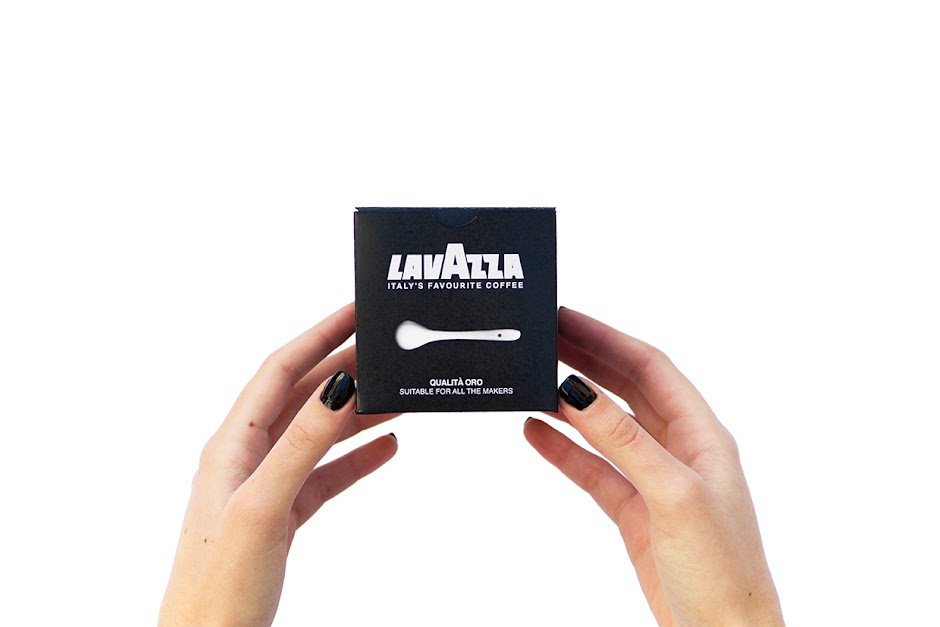 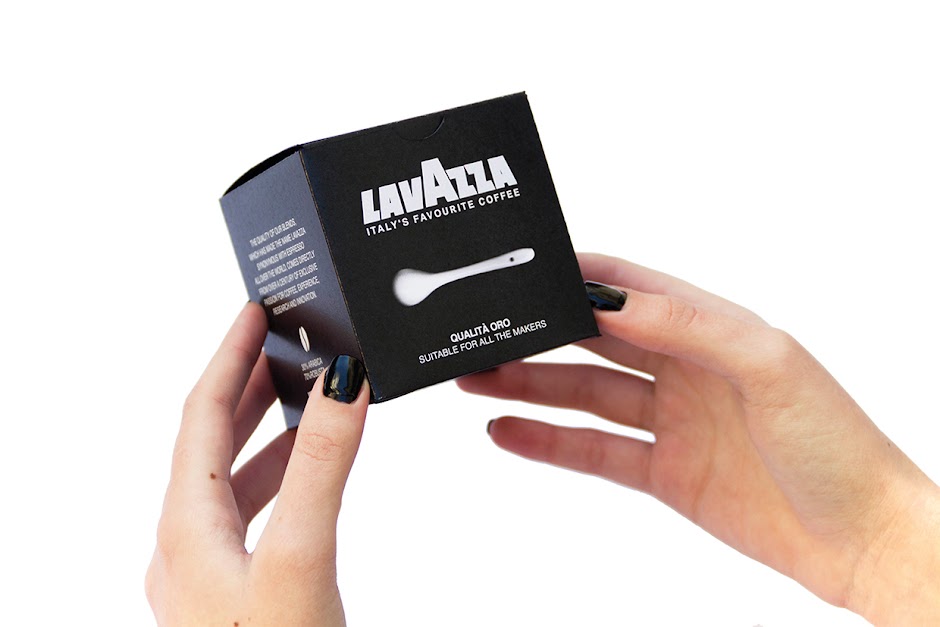 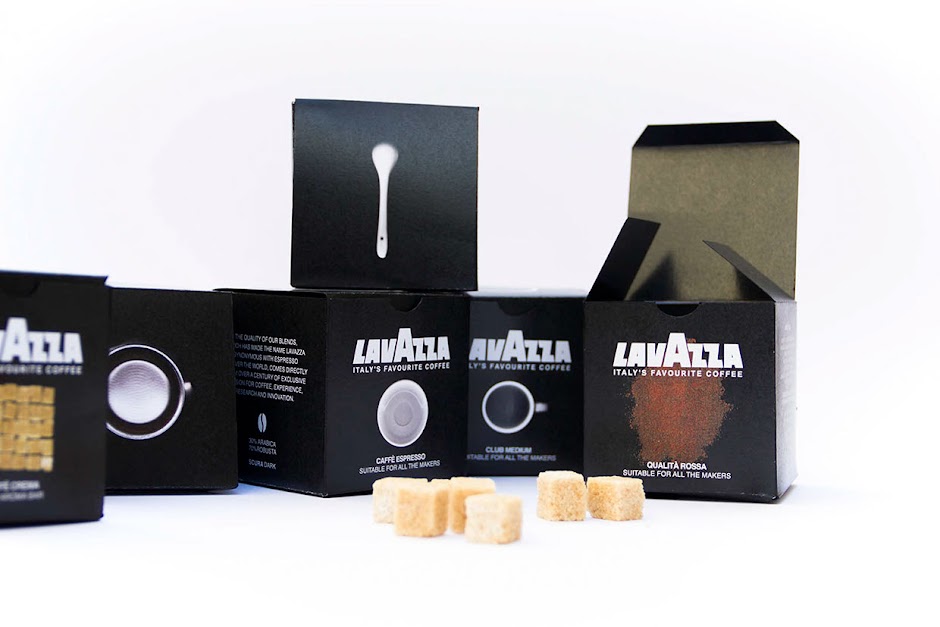