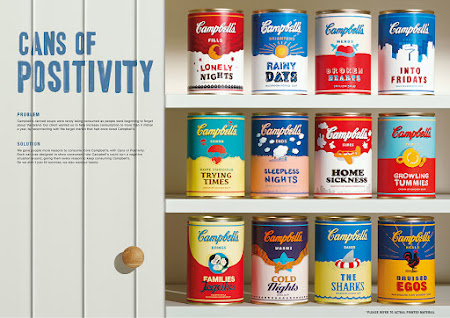 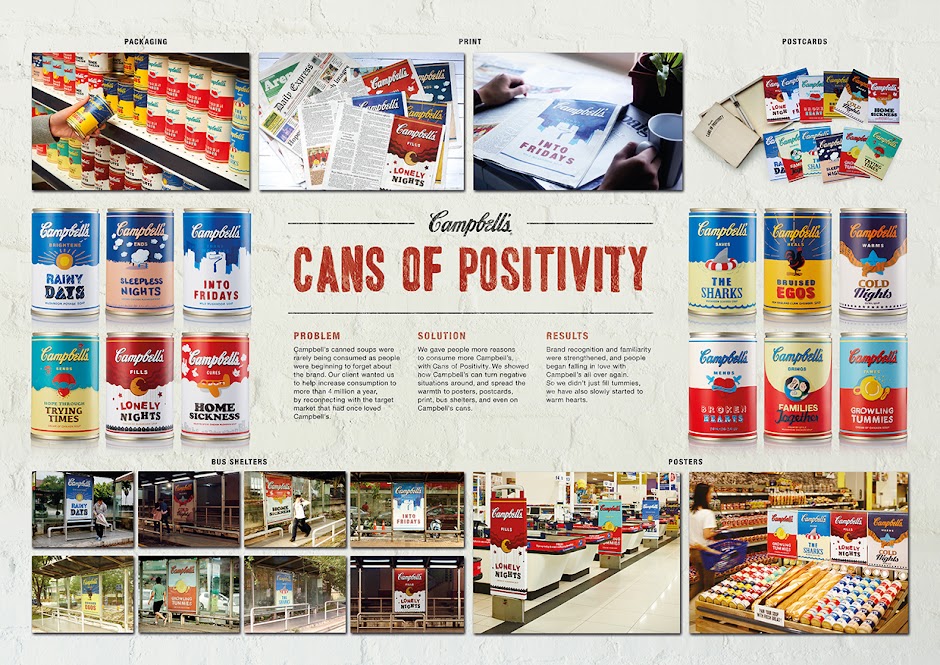 No matter the time or place, everybody needs some positivity in their everyday lives. So we took our can’s iconic design, and turned them into messages of hope. Every poster, postcard, print ad, bus shelter, and packaging idea featured positive reasons to keep drinking Campbell’s, but maintained the visual identity and familiarity of the brand. The campaign was launched on carefully selected touch points, making sure the right message reaches the right people.

Problem
Campbell’s canned soups were rarely being consumed as people were beginning to forget about the brand. Our client wanted us to help increase consumption to more than 4 million a year, by reconnecting with the target market that had once loved Campbell’s.

Solution:
We gave people more reasons to consume more Campbell’s, with Cans of Positivty. We showed how Campbell’s can turn negative situations around, and spread the warmth to posters, postcards, print, bus shelters, and even on Campbell’s cans.

Results:
As the campaign is still in its early stages, sales results are currently being tabulated. However, the campaign gained much interest, with many people expressing love and giving positive feedback during the launch. Brand recognition and familiarity was strengthened with our existing consumers, and more people became new fans of Campbell’s. 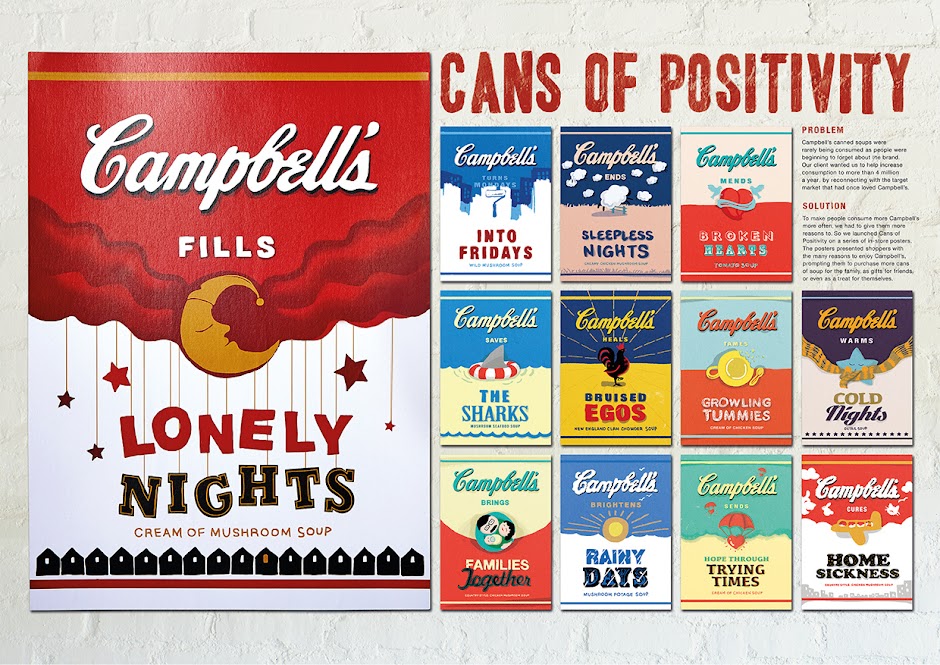 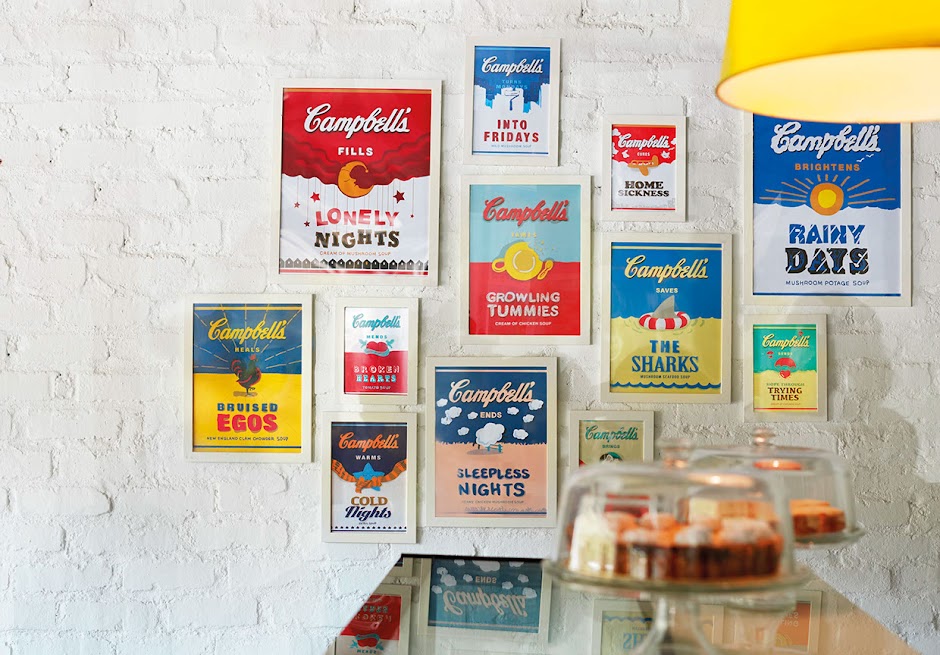 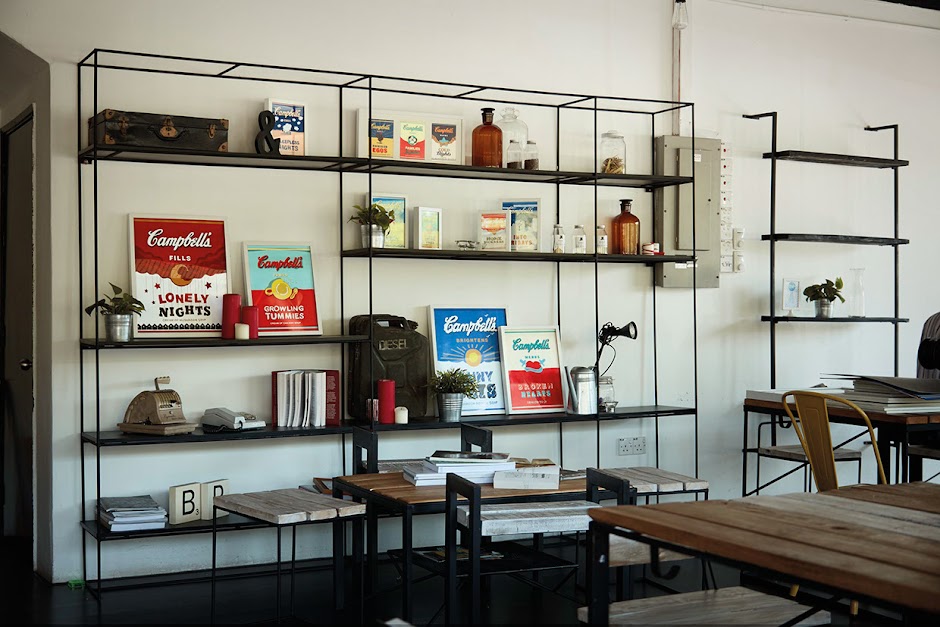 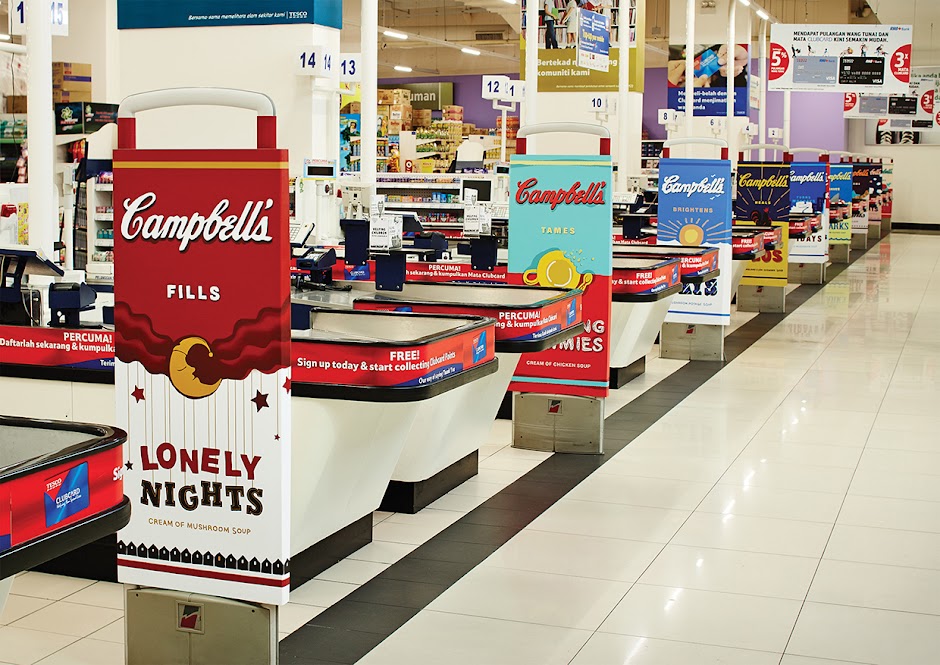 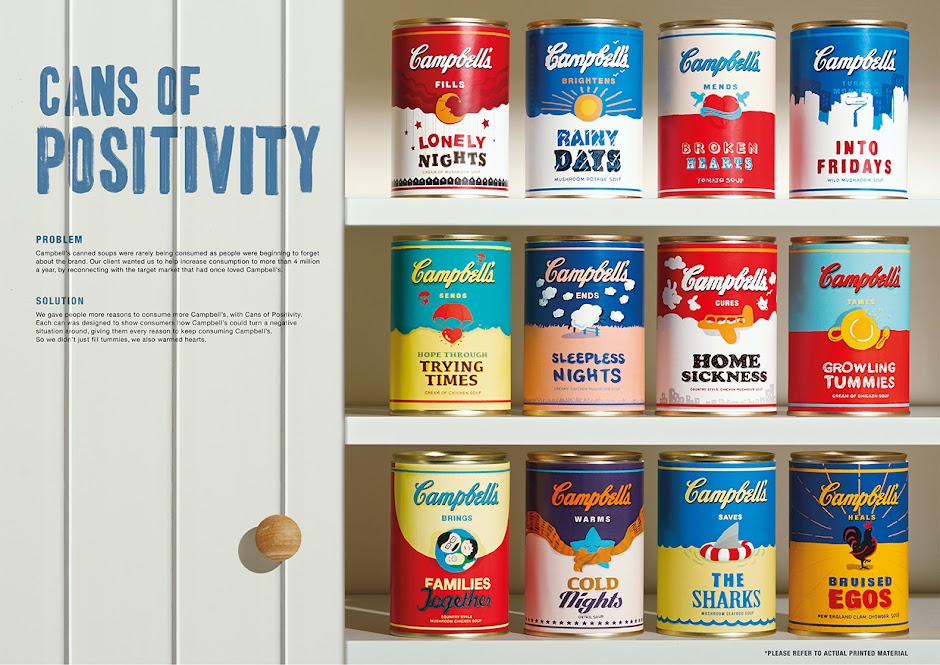 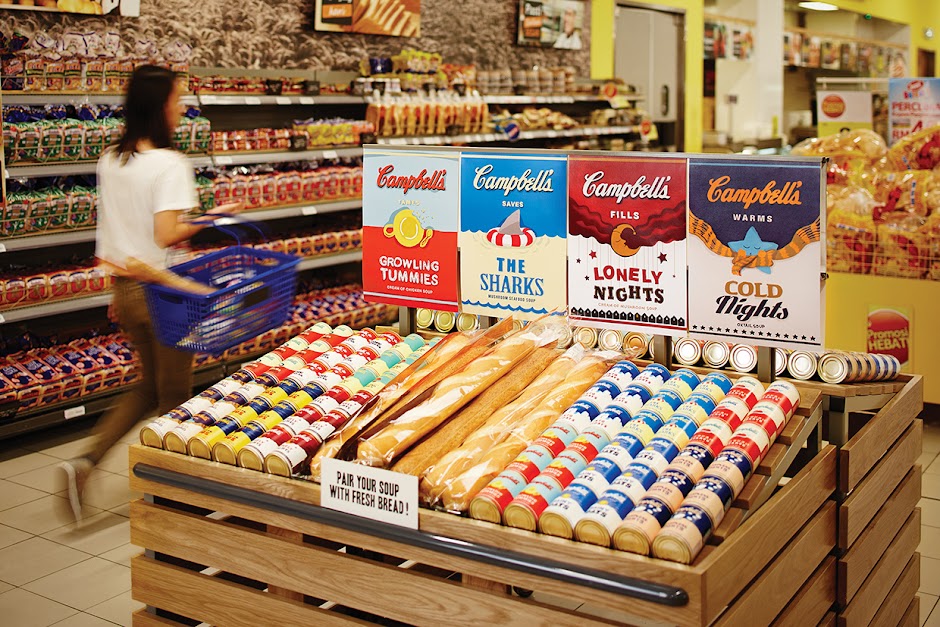 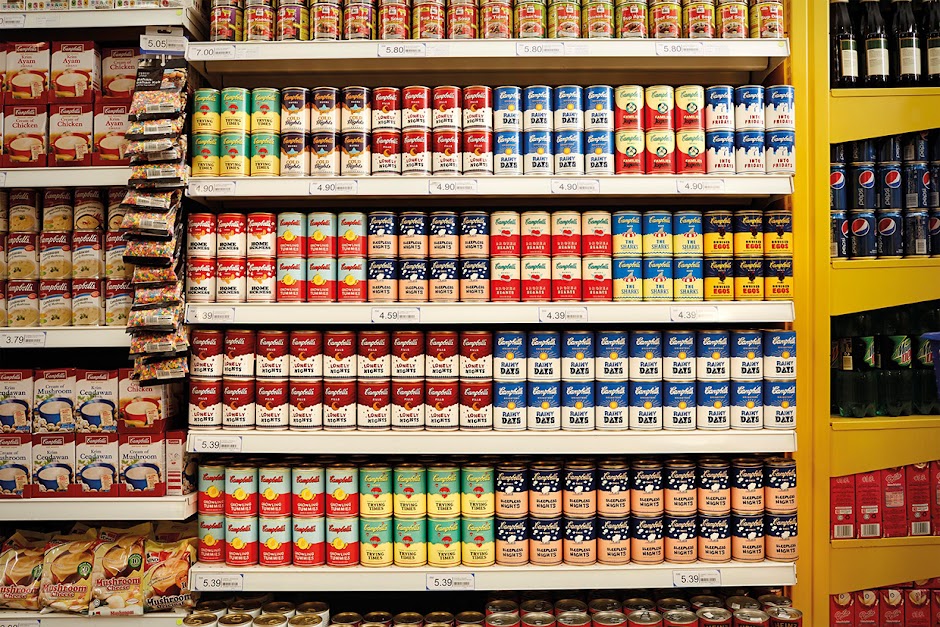 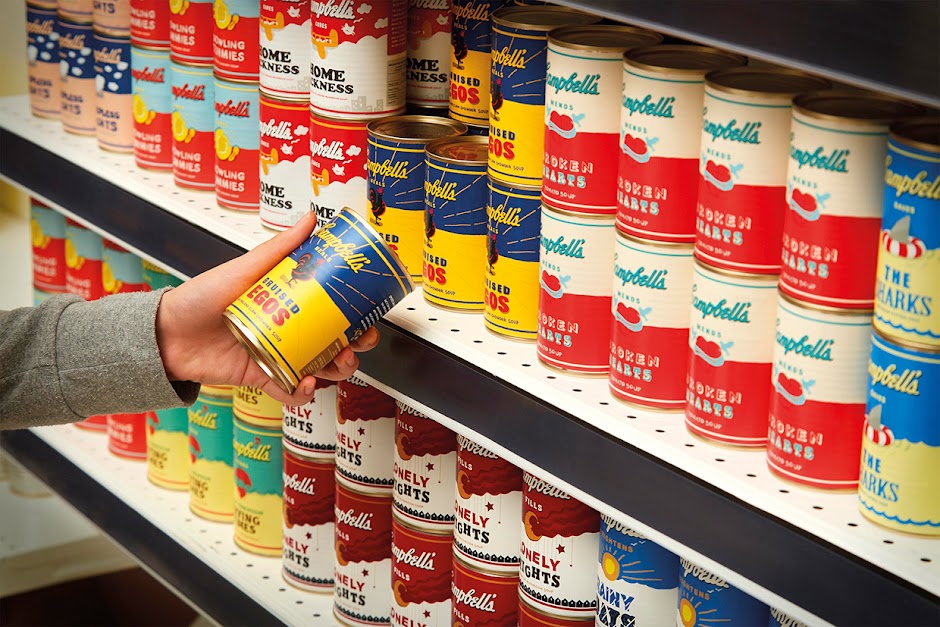 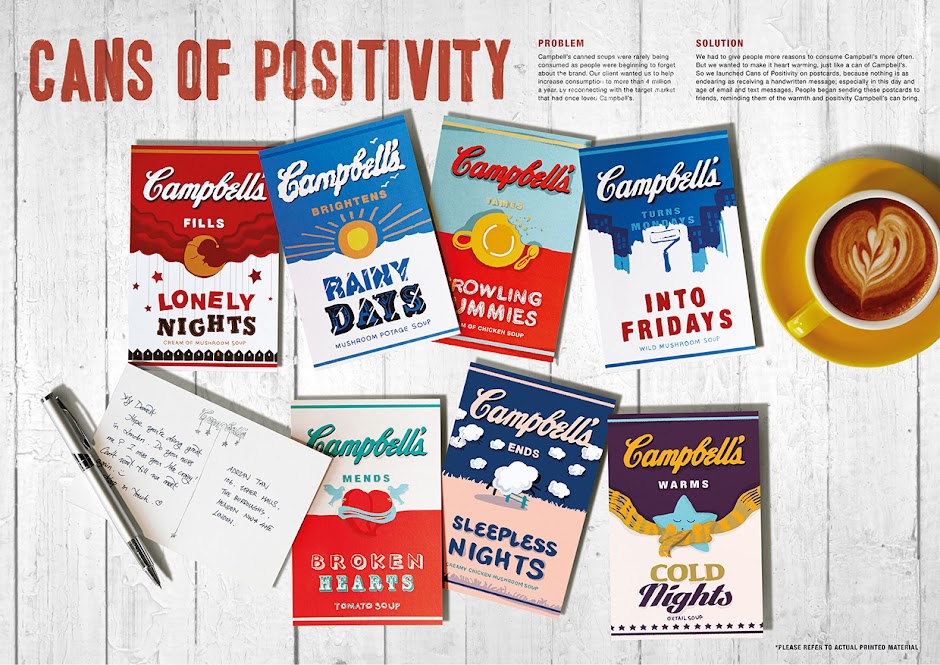