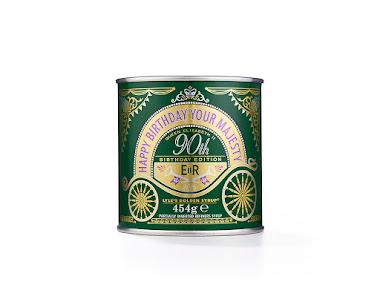 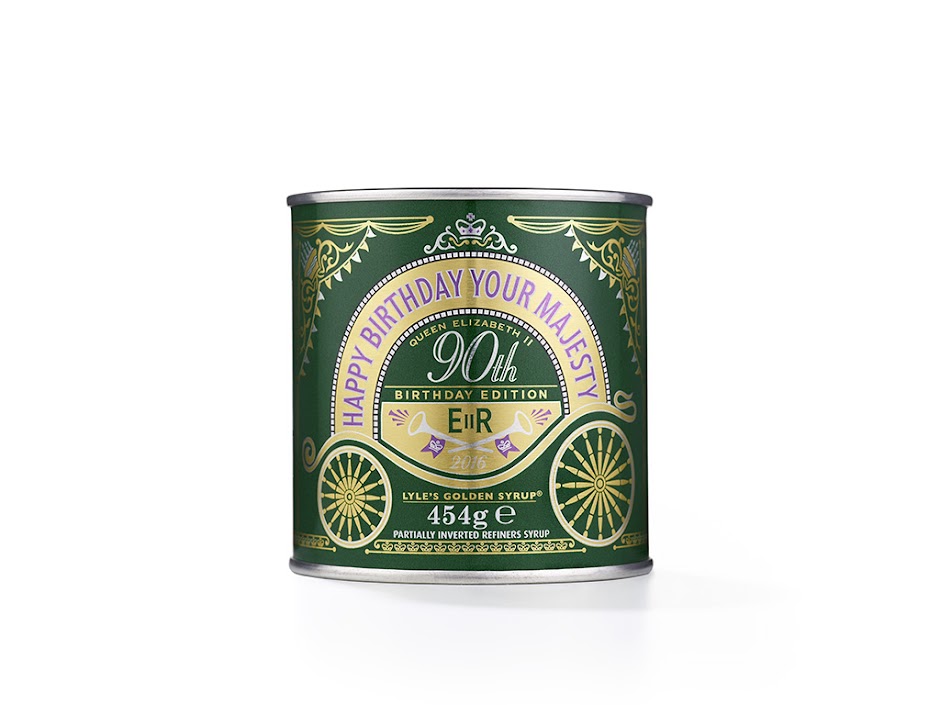 Mike Stride, Creative Director at Design Bridge explained, “Lyle’s Golden Syrup is one of the most instantly recognisable brands, so our challenge was to create something unique in honour of this special occasion while retaining the characteristic design that everybody knows and loves, such as the arch that bears the Lyle’s word mark and the filigree detailing. We wove new details into these elements to create a mood of festivity and celebration on the tin, taking inspiration from the street party that will take place in June to mark the Queen’s special birthday.” 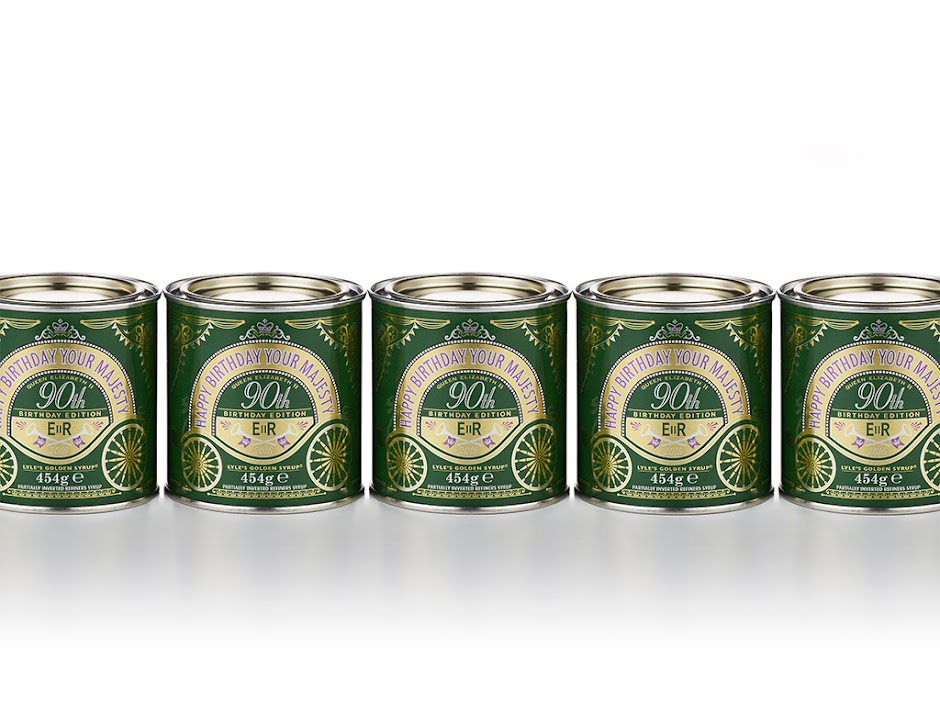 Design Bridge felt a fitting emblem to tie the design into the planned festivities would be the Royal Coach, which The Queen is expected to appear in as part of the horse drawn parade and street party. On pack the Lyle’s arch has been transformed into the majestic carriage, bearing the “E II R” Royal cypher and the message ‘Happy Birthday Your Majesty’ in a regal purple, a new colour for Lyle’s and the one most often associated with The Queen. The Lyle’s filigree pattern has been re-drawn to include street party bunting and crown-shaped birthday cakes, while the borders of the design are inspired by the rich drapery and decoration of the Royal Carriage and incorporate the official royal emblem of the St Edwards Crown. 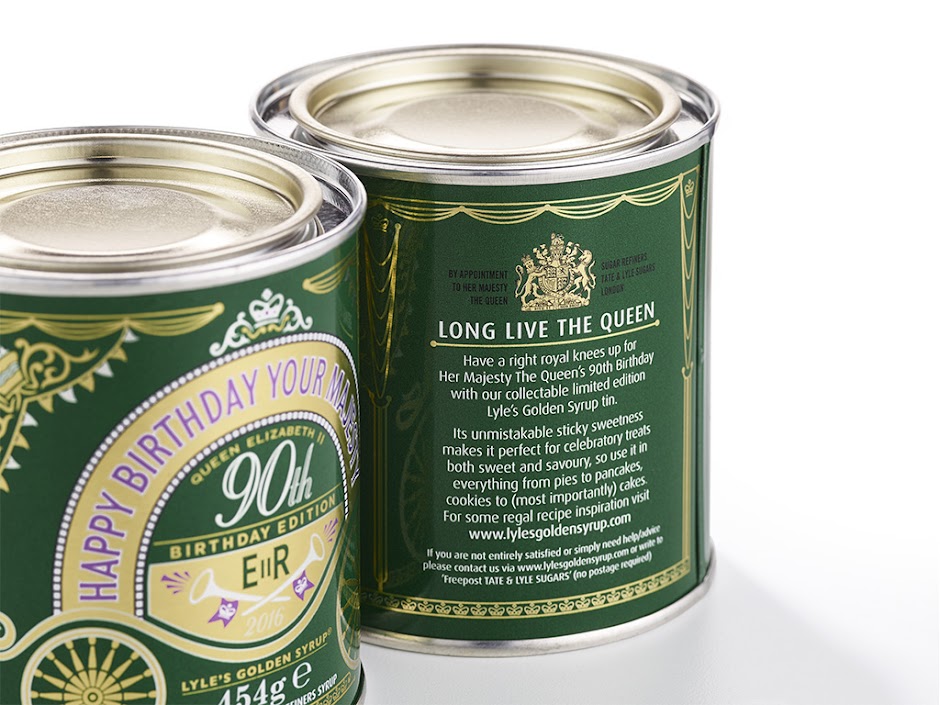 Mike Stride at Design Bridge continued, “An added spectacle of our design is that when the tins are lined up in a row on the shelf, they form a delightful parade of royal carriages and street party bunting, fit for a Queen. We also wrote the copy for the tin to add a further festive dimension to the design, with phrases like ‘have a right royal knees up’ and ‘perfect for celebratory treats’ capturing the mood of the occasion in Lyle’s distinctive and playful tone of voice.” 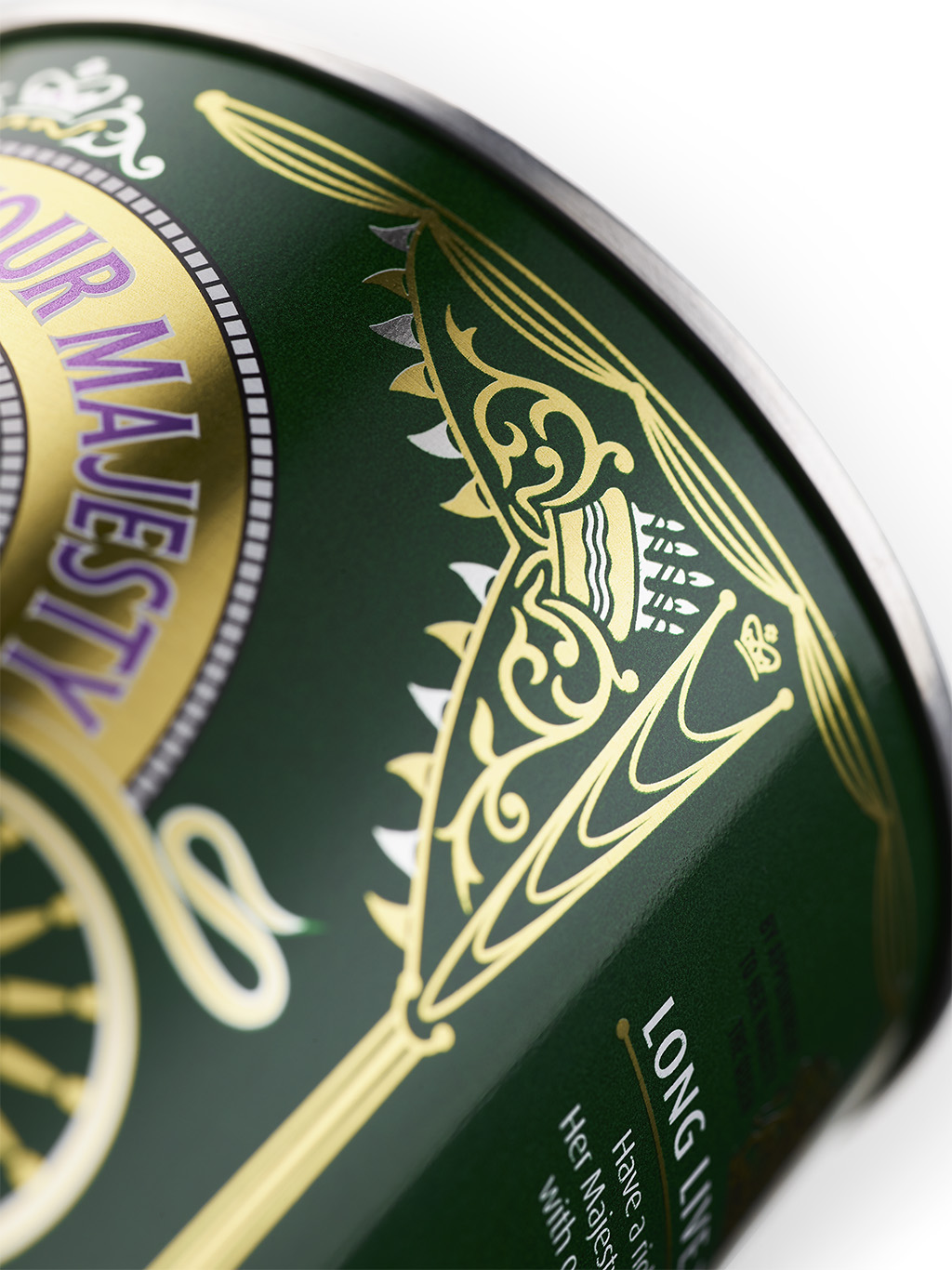