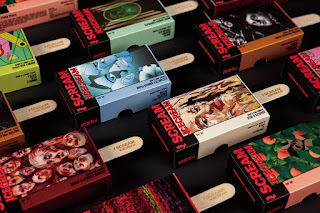 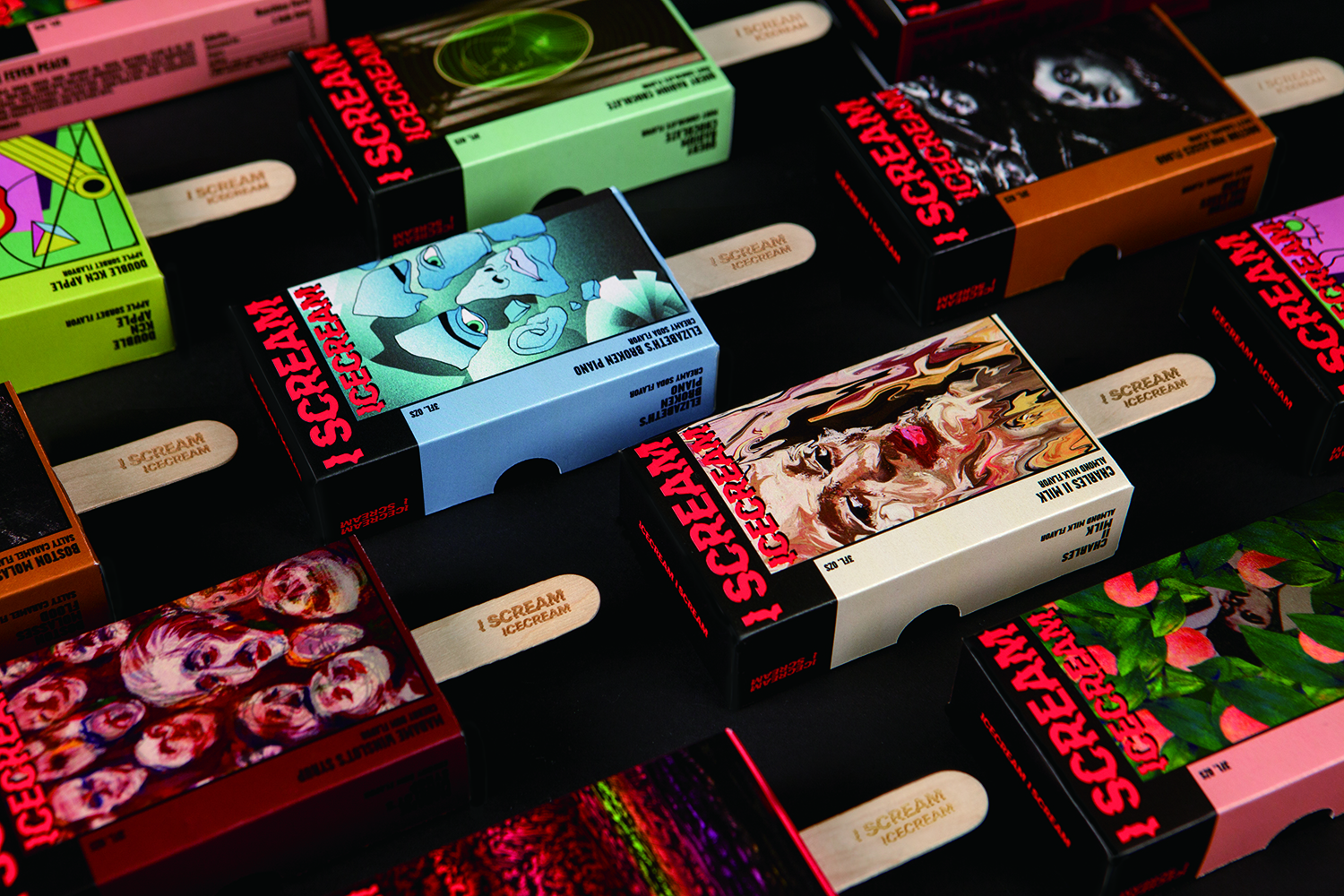 How disgusting and horrible can ice cream be? ICECREAM I SCREAM started from this question.

Mary who brought over 50 people to death with her bad hygiene, Princess Alexandra who fell into a delusion that she swallowed the glass grand piano, and the bloody rain from India. I thought it would be interesting if I put these creepy stories in ice cream. So ICECREAM I SCREAM got eight different flavor and eight different stories.

Peach sorbet flavor is inspired by typhoid Mary who killed over 50 people. Apple flavor contains the story of Alan Turing who died after biting into an apple laced with cyanide. Mixed berry is inspired by bloody rain in Kerala, India. The story of Princess Alexandra turns into Creamy soda flavor. Mint chocolate refers to food products containing radium in 1930. Cherry Rum flavor is inspired by Mrs Winslow’s soothing syrup which killed babies with dangerous concoction. Salt caramel is influenced by the great molasses flood in Boston. Almond milk has a story of Charles II of Spain whose jaw was so badly deformed that he could barely speak or chew.

Those creepy stories would ruin your appetite. I hope you enjoy strange experience with ICECREAM I SCREAM. 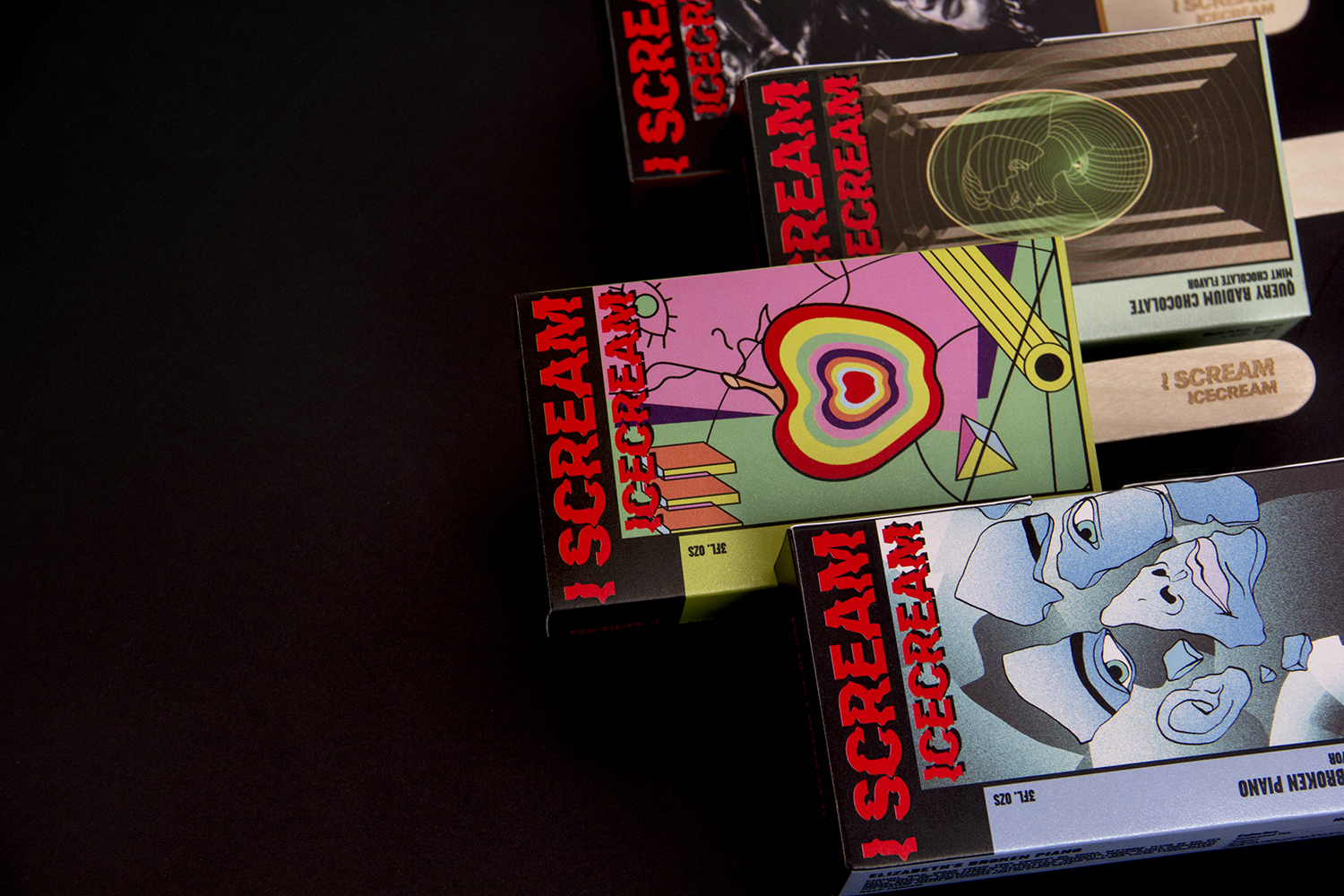 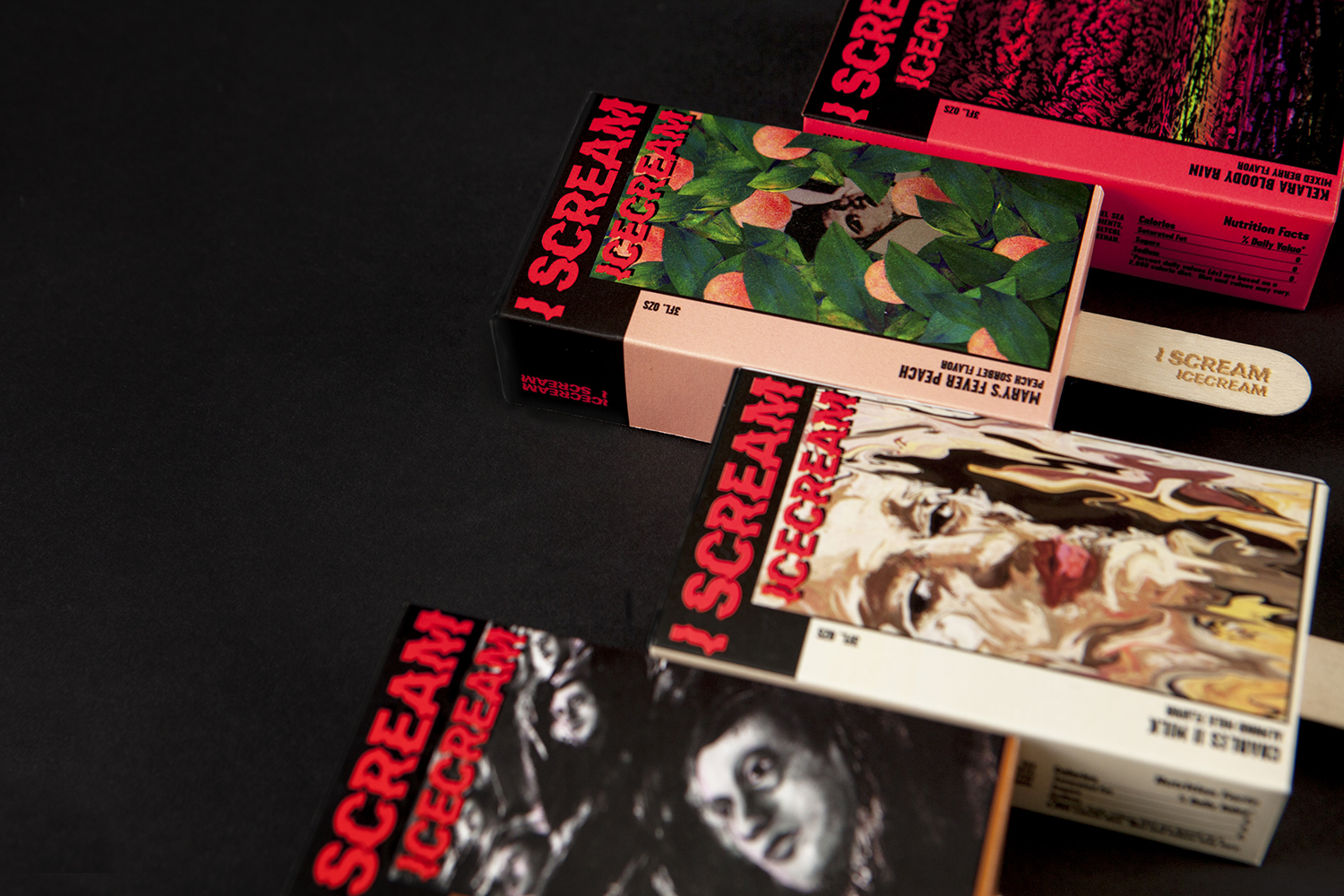 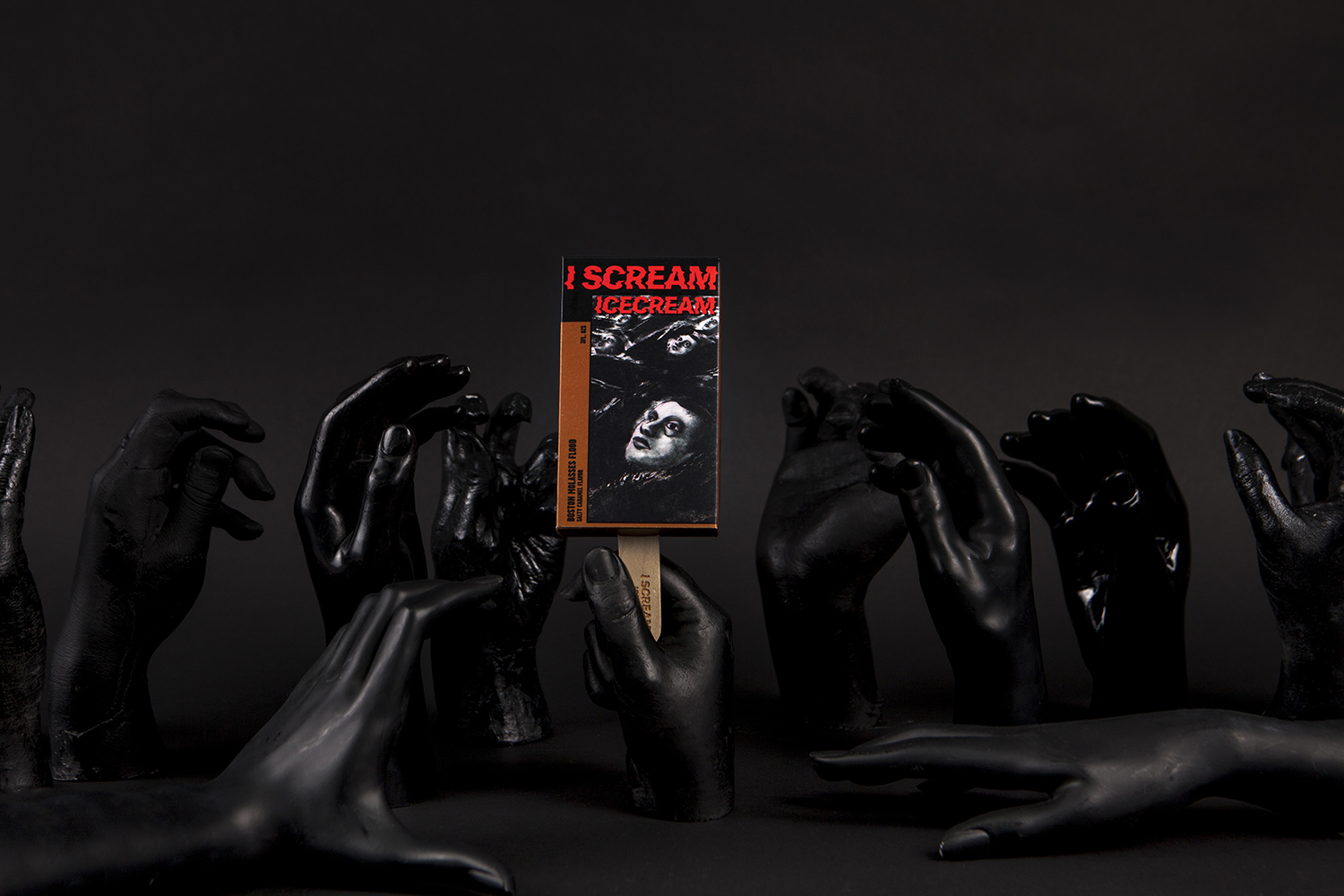 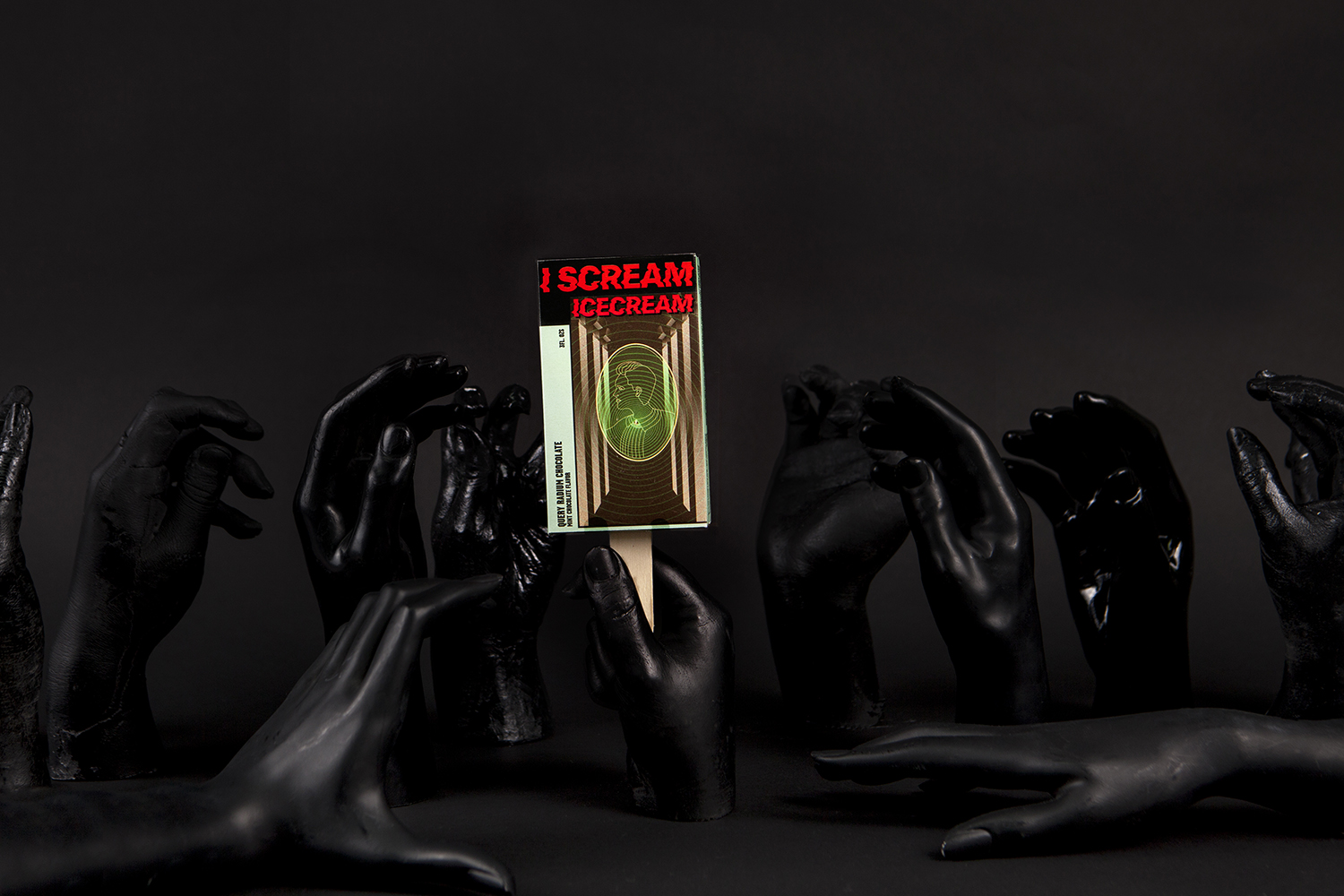 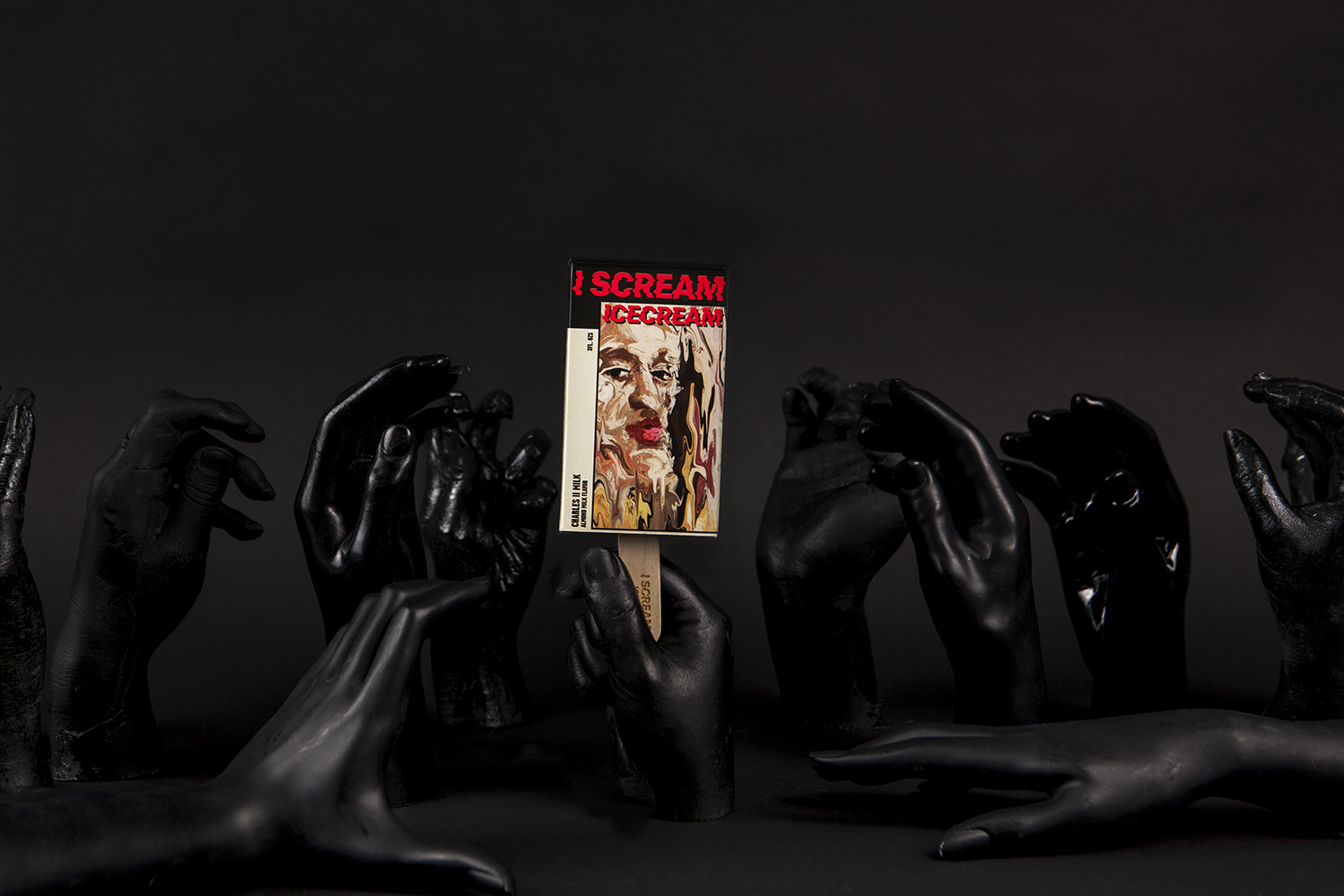 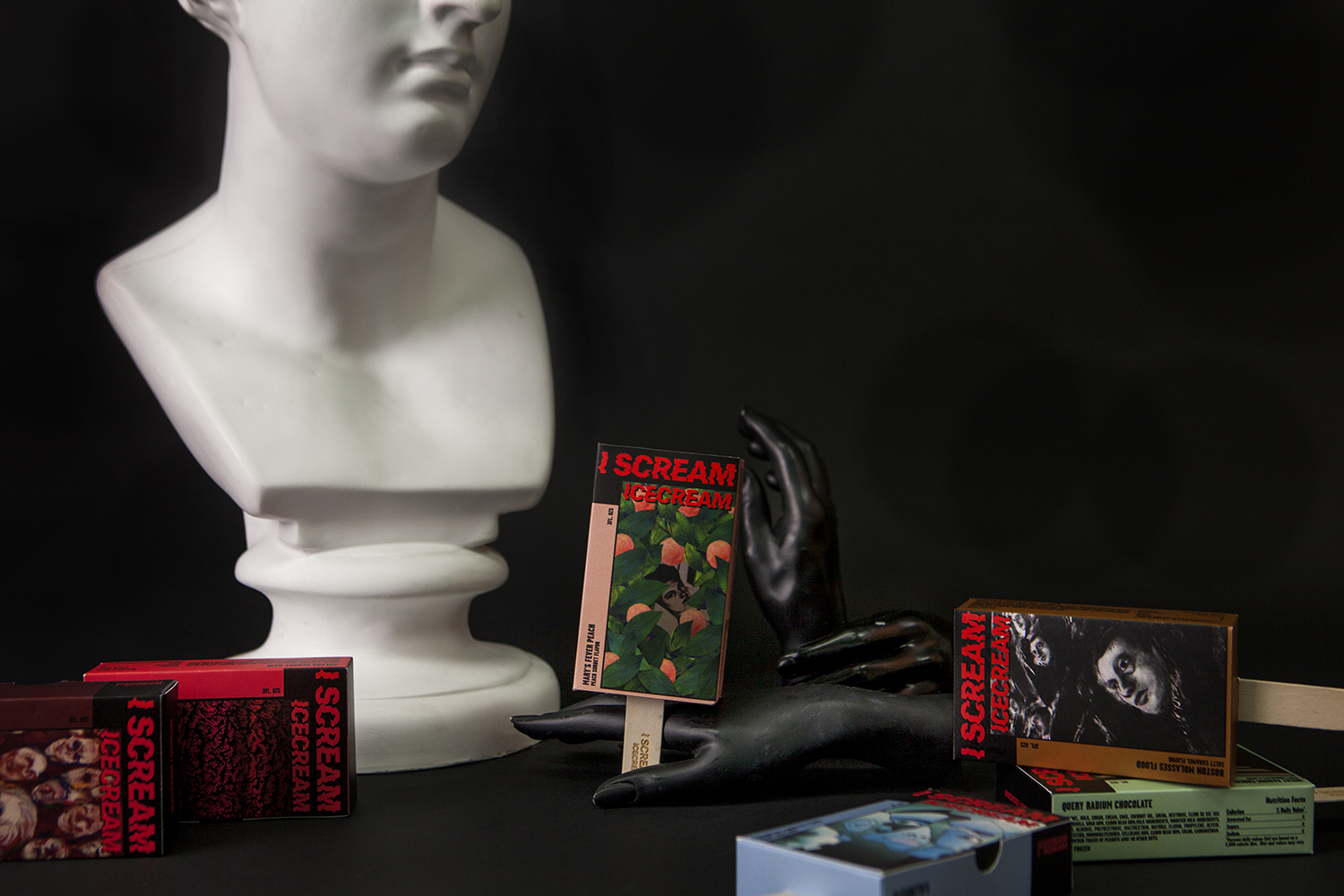 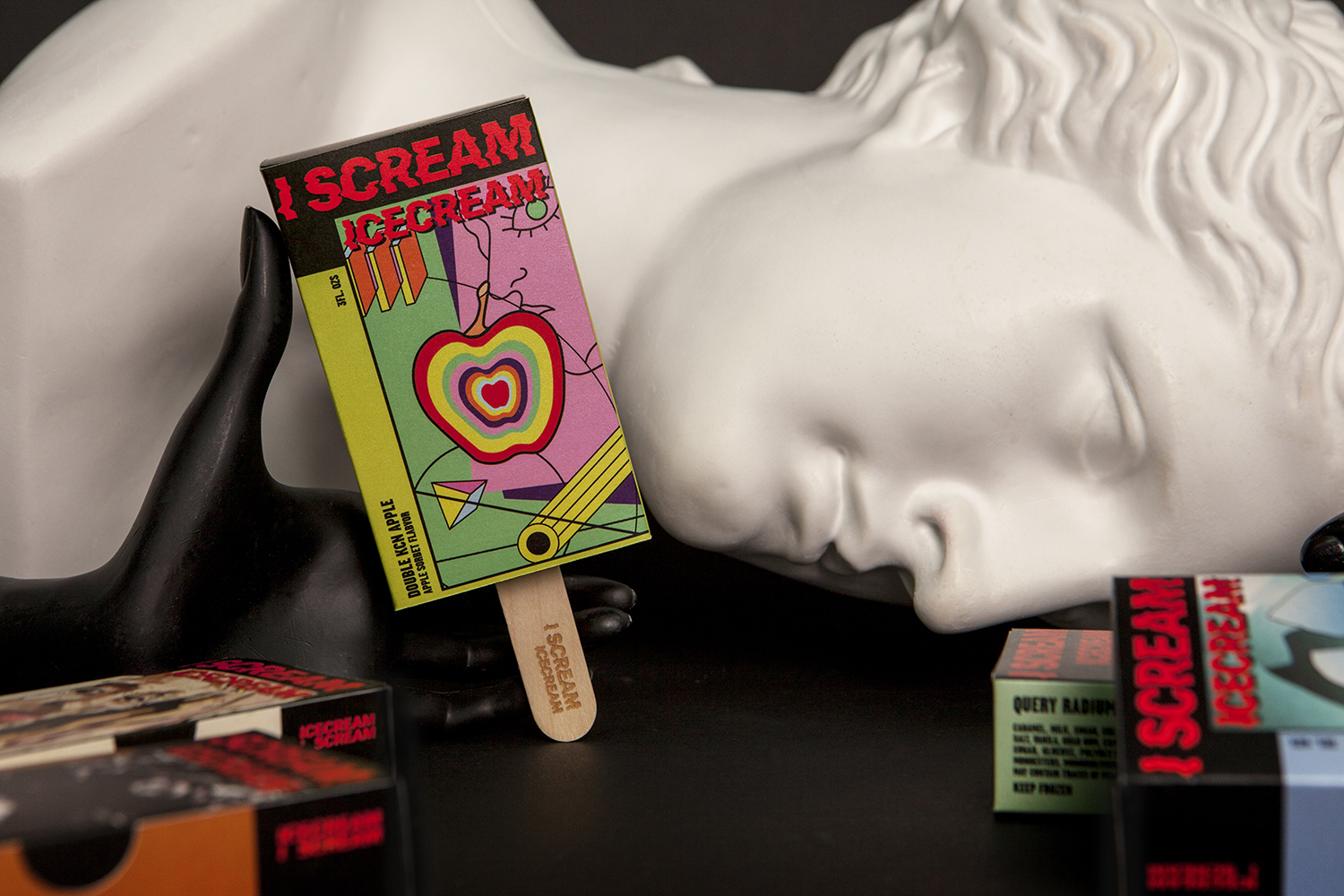