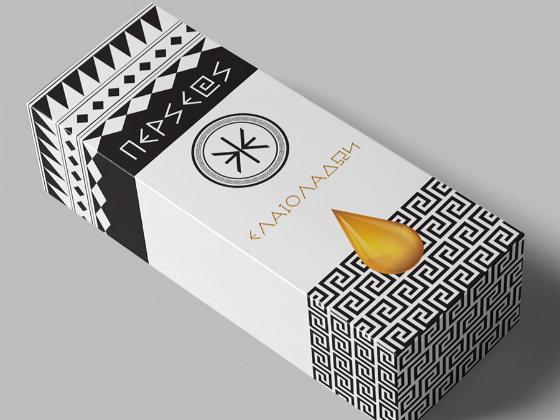 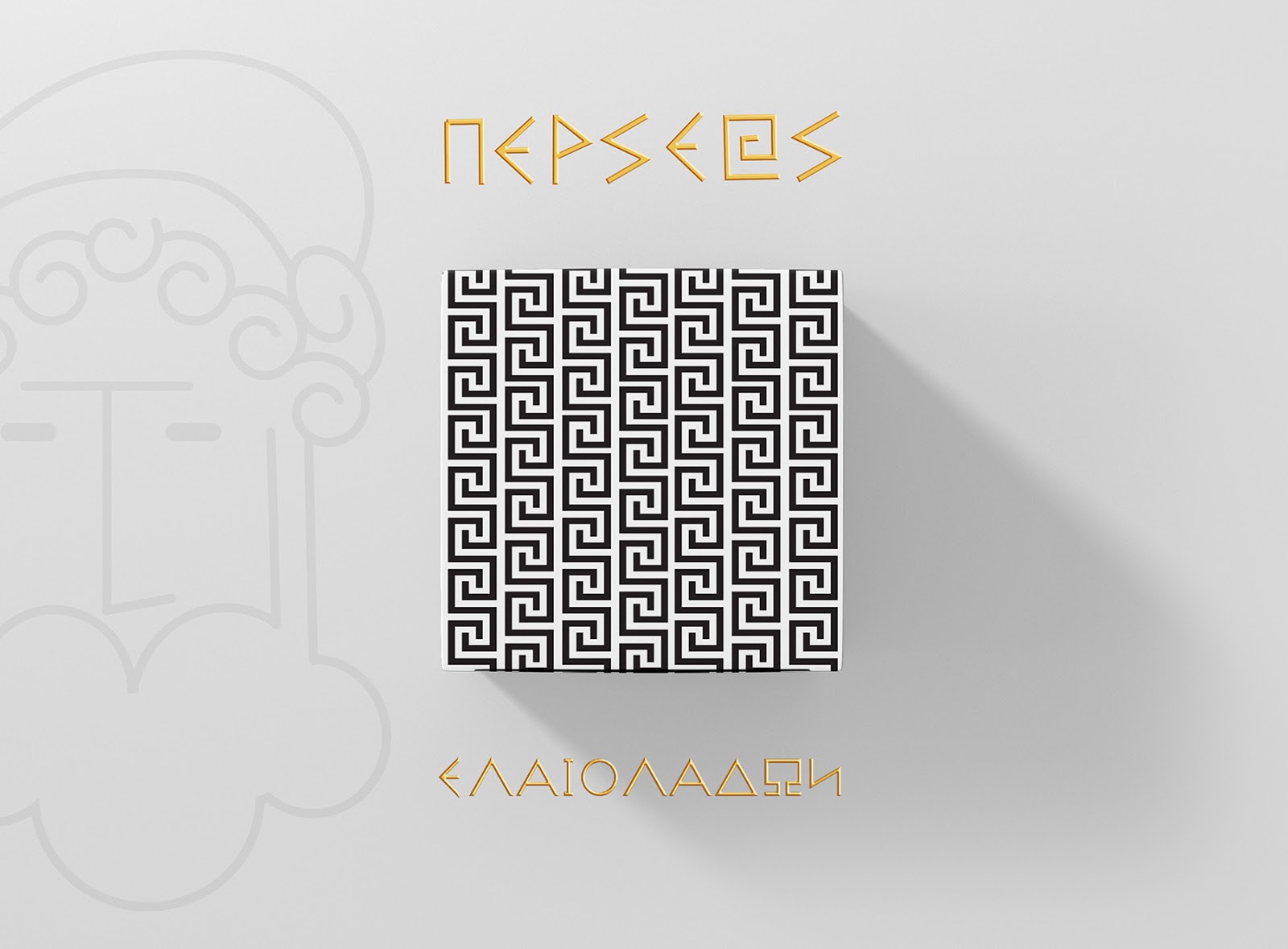 The Brand:
Koleoglou family has been producing olive oil for generations. Being passed down to the newer generation, it was decided that a new, modern design was required for the packaging. The main target was to create a minimalistic look for the packaging that would be modern, yet indicate the quality and origin of the greek oil. This packaging will be first exhibited for Helexpo’s Dedrop 2018 Exhibition and will remain after.

Concept:
The main concept consists of three parts; the logo (top), the Delphi Epsilon (middle) and the meander (bottom). The meander, an ancient greek pattern, that represents the previous generation, the one having the experience and wisdom to traditionally produce olive oil. The logo “Perseos”, underneath geometrical symbols, often used in ancient greek amphoras, depicted in a modern way. Last, the Delphi Epsilon (3E), used by the Delphi Oracle, that represents the human initiation in light and knowledge. 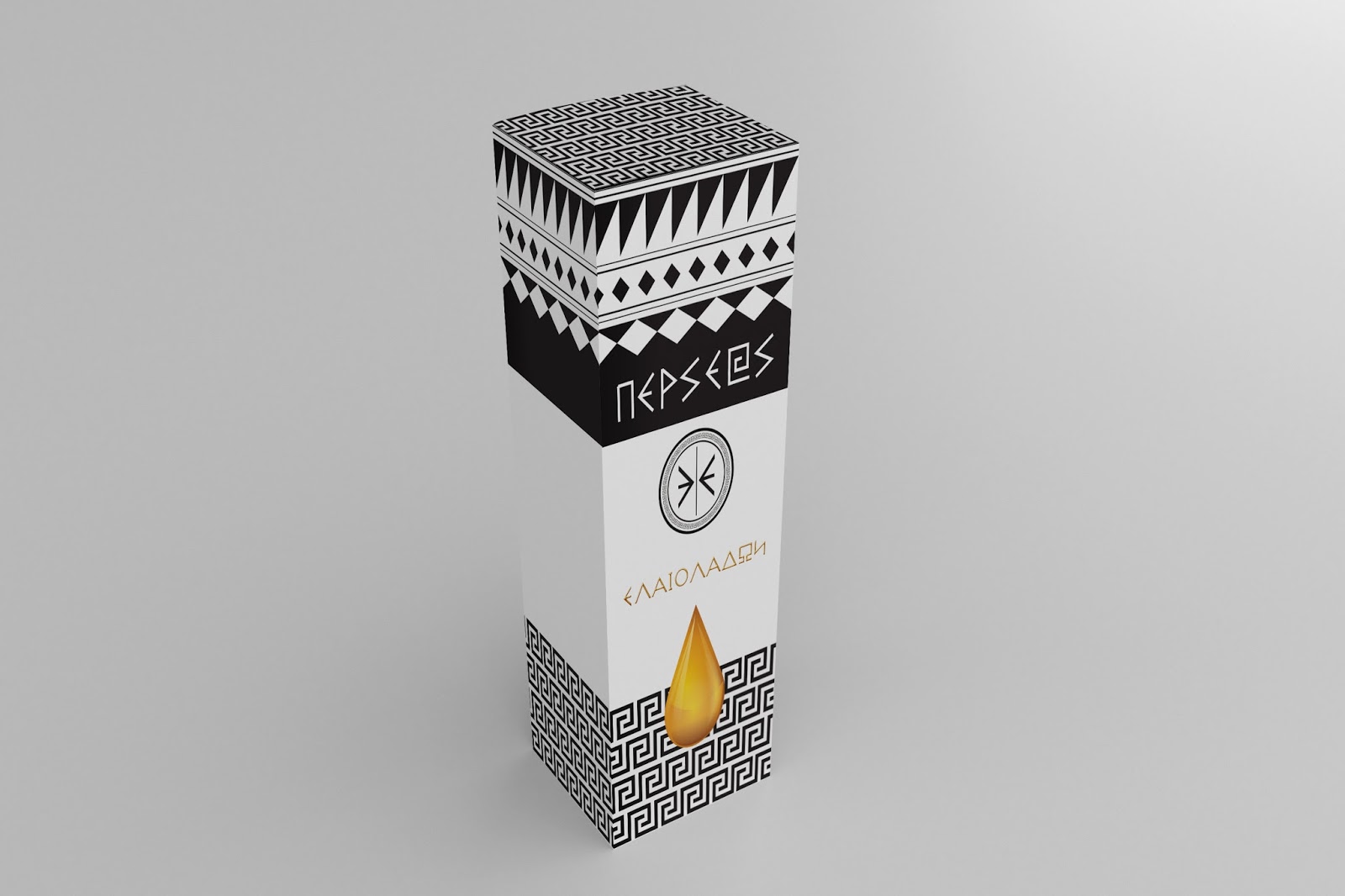 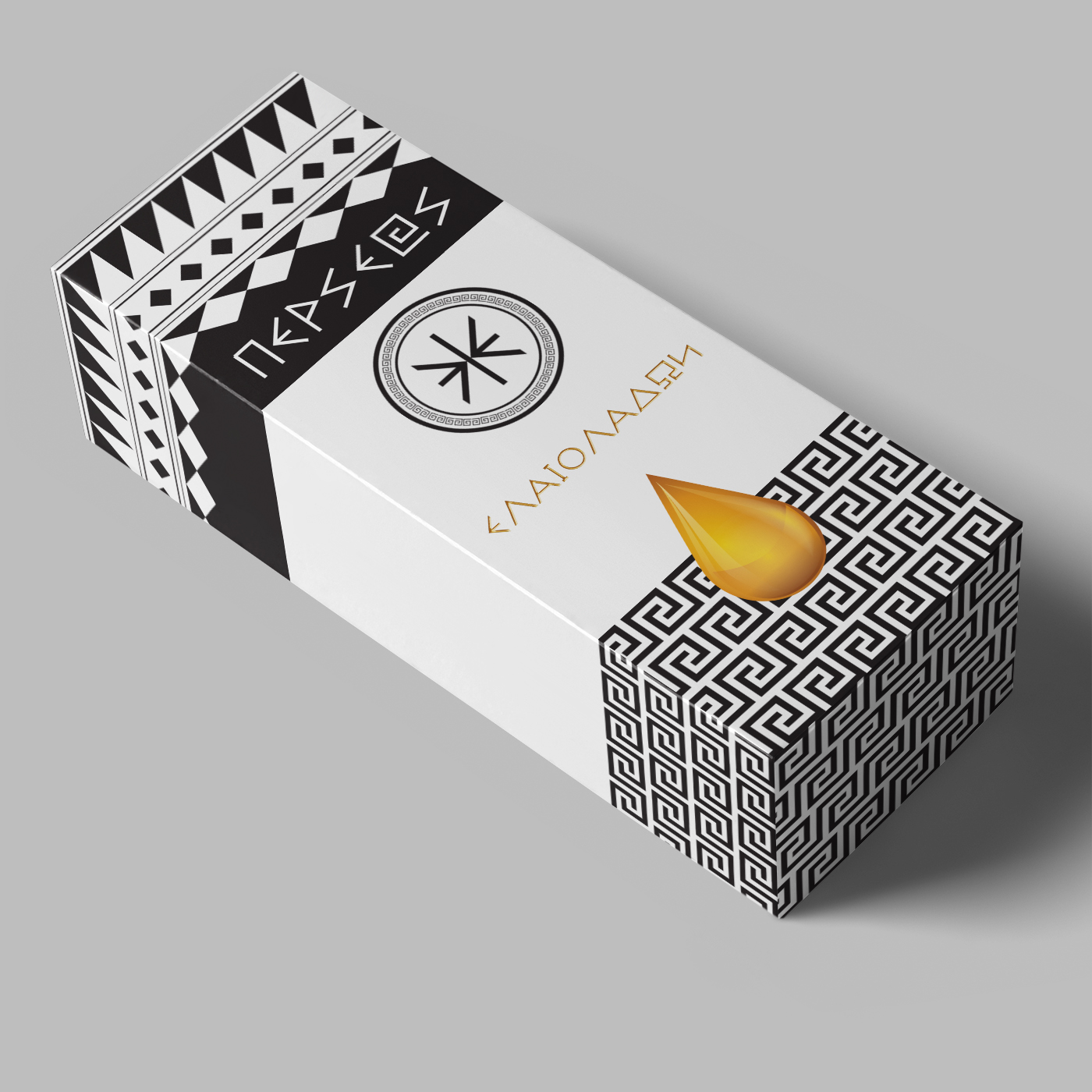 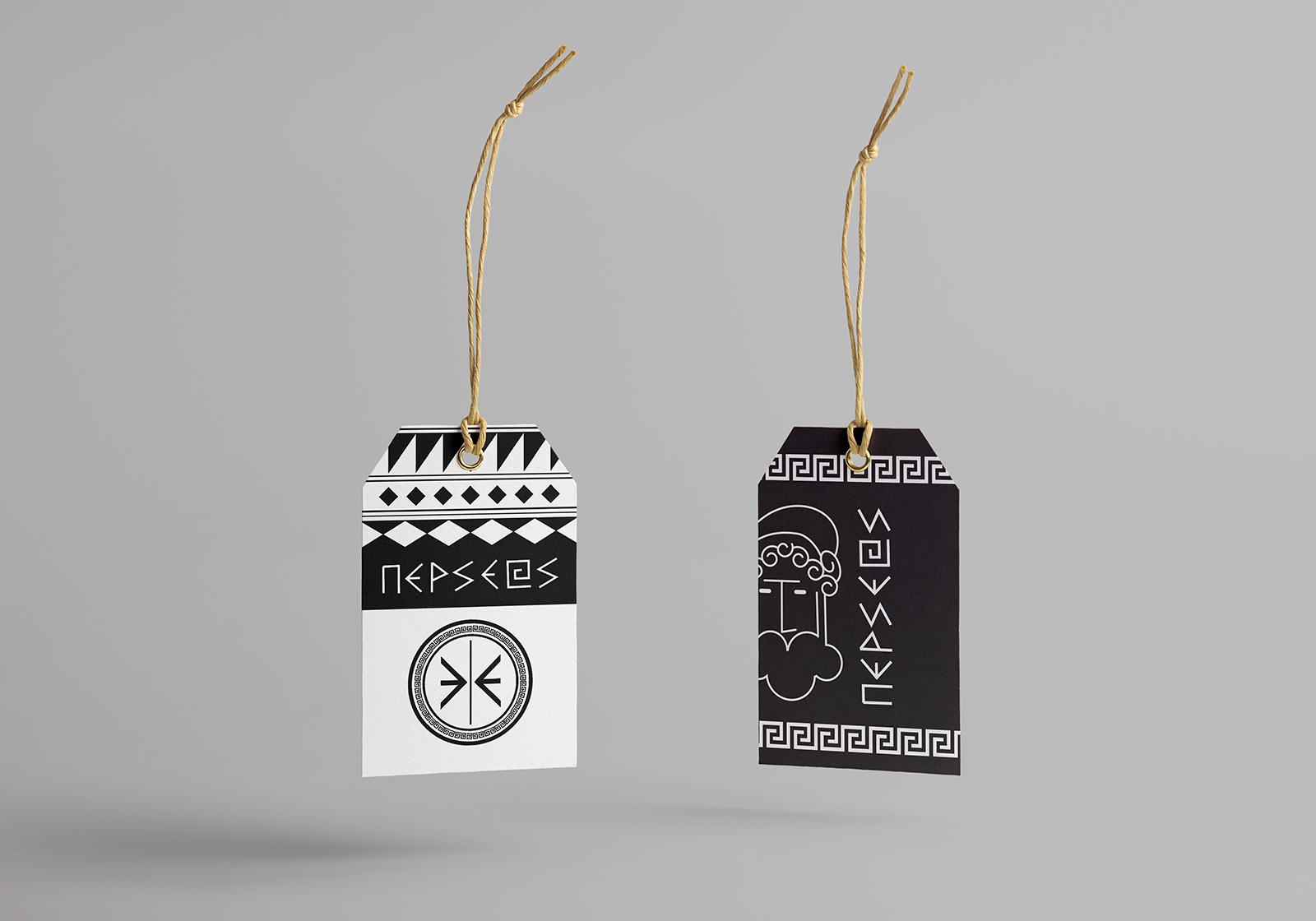