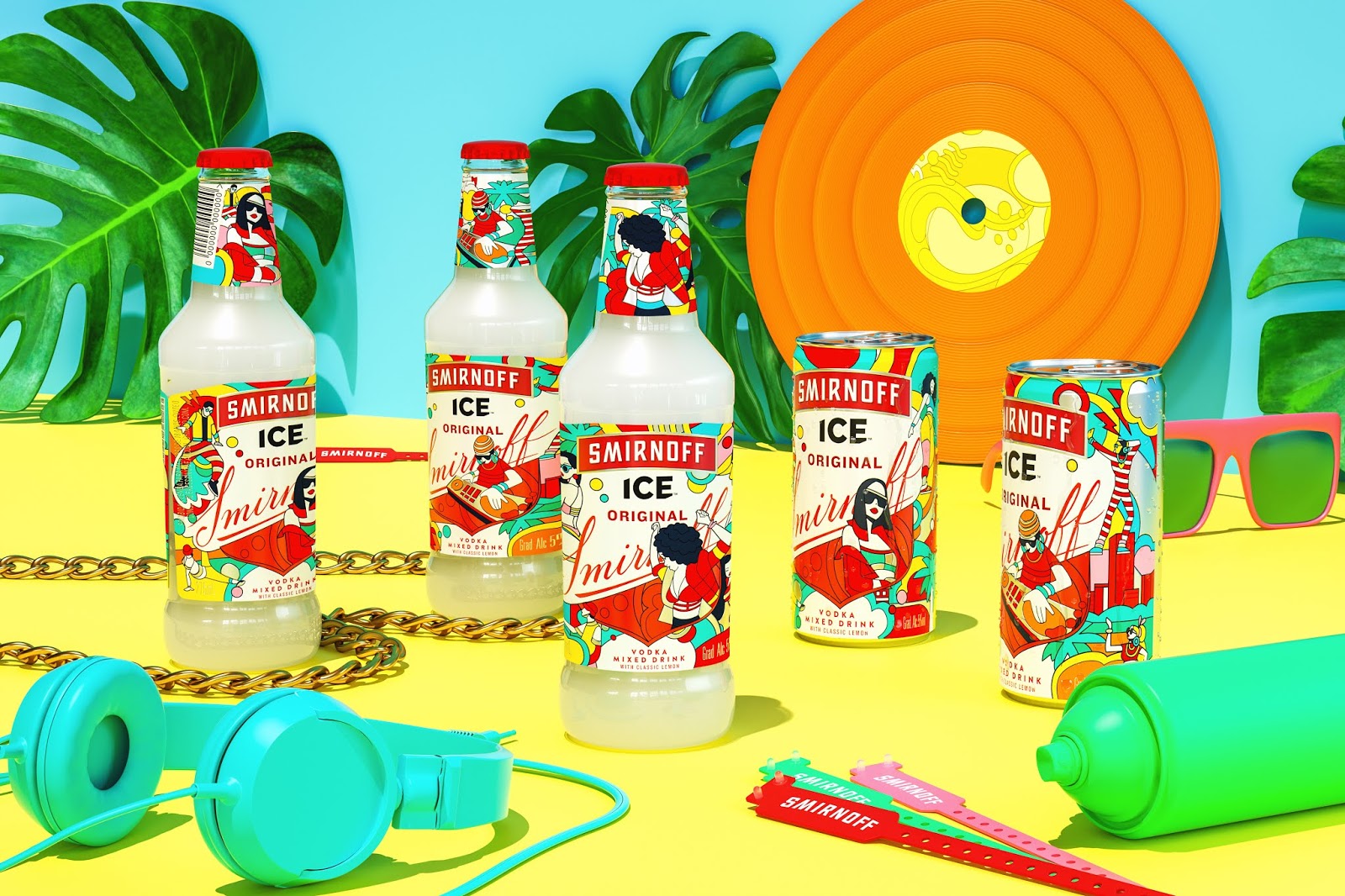 The vibrant and colorful on-pack designs take inspiration from popular musicians and music genres that resonate with this audience, and position Smirnoff Ice as a catalyst for good times.

More broadly, the designs demonstrate how global brands can assert relevance in regional markets, introducing and celebrating local culture while remaining true to the core brand.

Leigh Chandler, Creative Director and Partner, Vault49, says: “As the party moved from the bar to the street, younger consumers were turning to premium beer for upbeat occasions. We felt strongly that Smirnoff Ice belonged in this space and wanted to bring the brand into this occasion. As we explored local consumer attitudes in Brazil, Costa Rica, Panama, and Mexico, we landed on a universal form of expression: music.”

Bringing local culture to life
Smirnoff recently redesigned its core packaging to reintroduce a layer of heritage and was looking to strike a balance that seamlessly integrated this new look with the vibrant, colorful feel of a limited edition to engage with Millennials.

Ongoing projects in Latin America mean the team at Vault49 have a deep understanding of the region, and a culture study has provided further invaluable insights into local trends and shifting behaviors.

Chandler adds: “We really enjoyed researching what’s resonating with consumers in terms of culture, celebrity and music, and then depicting this in a vibrant and energetic way. It puts Smirnoff Ice at the heart of the party and reaffirms its credentials as a brand for everyone.

We approached this project by first creating an illustration that captured a ‘Rhythm Journey’ – an abstraction of a street party which captures each musical genre along the way through the use of key characters. Once we had created this key visual, we adapted it to compliment the Smirnoff brand assets, and applied to a series of three different bottle designs, and two can designs.

“We also created a playful animation that really brings the cast of characters to life off-pack, celebrating and reinstating Smirnoff Ice’s position as a drink of choice for any street party in Latin America.

“We’re so thrilled to see the local markets bringing the campaign to life through various themed activations.” 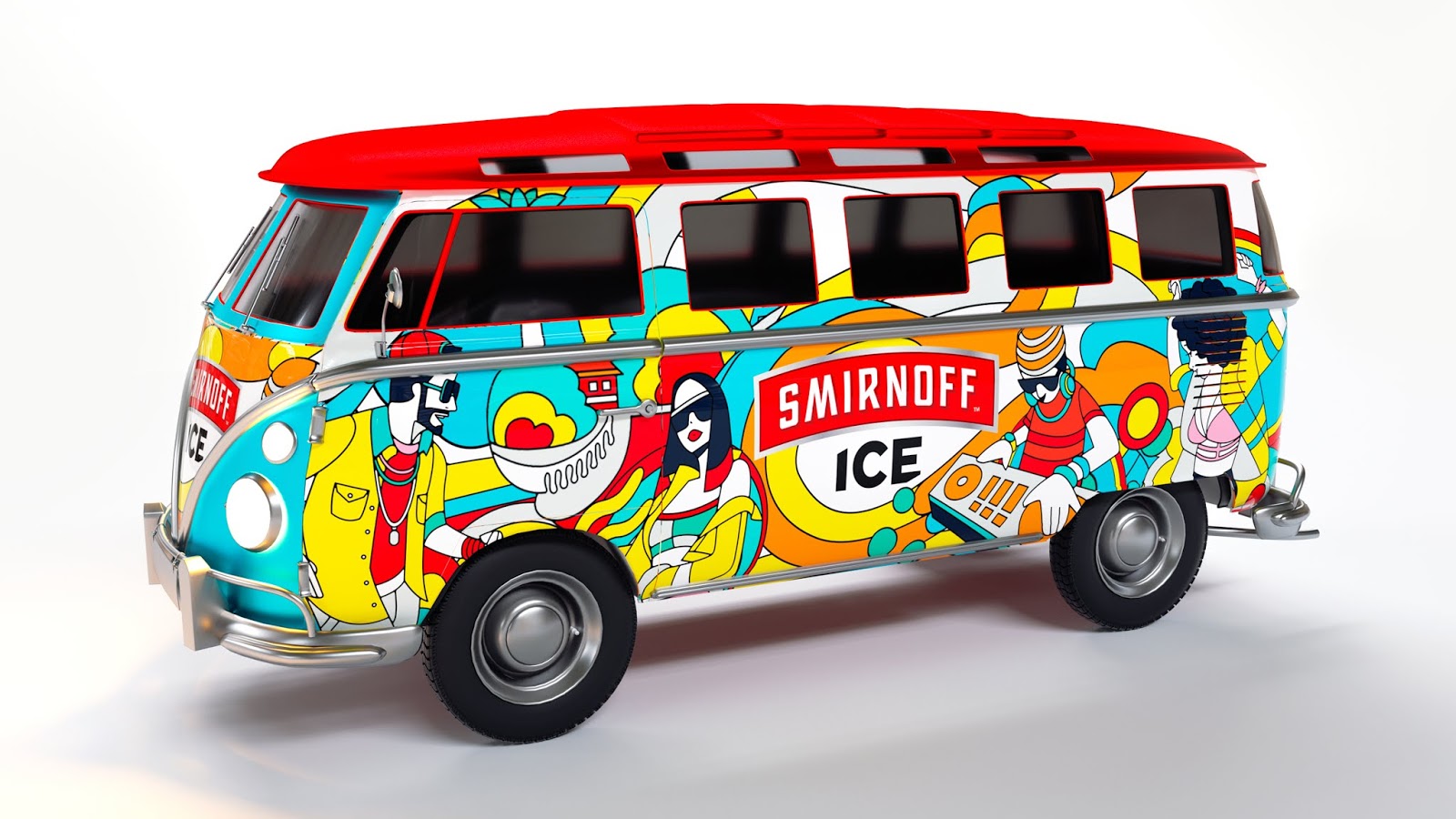 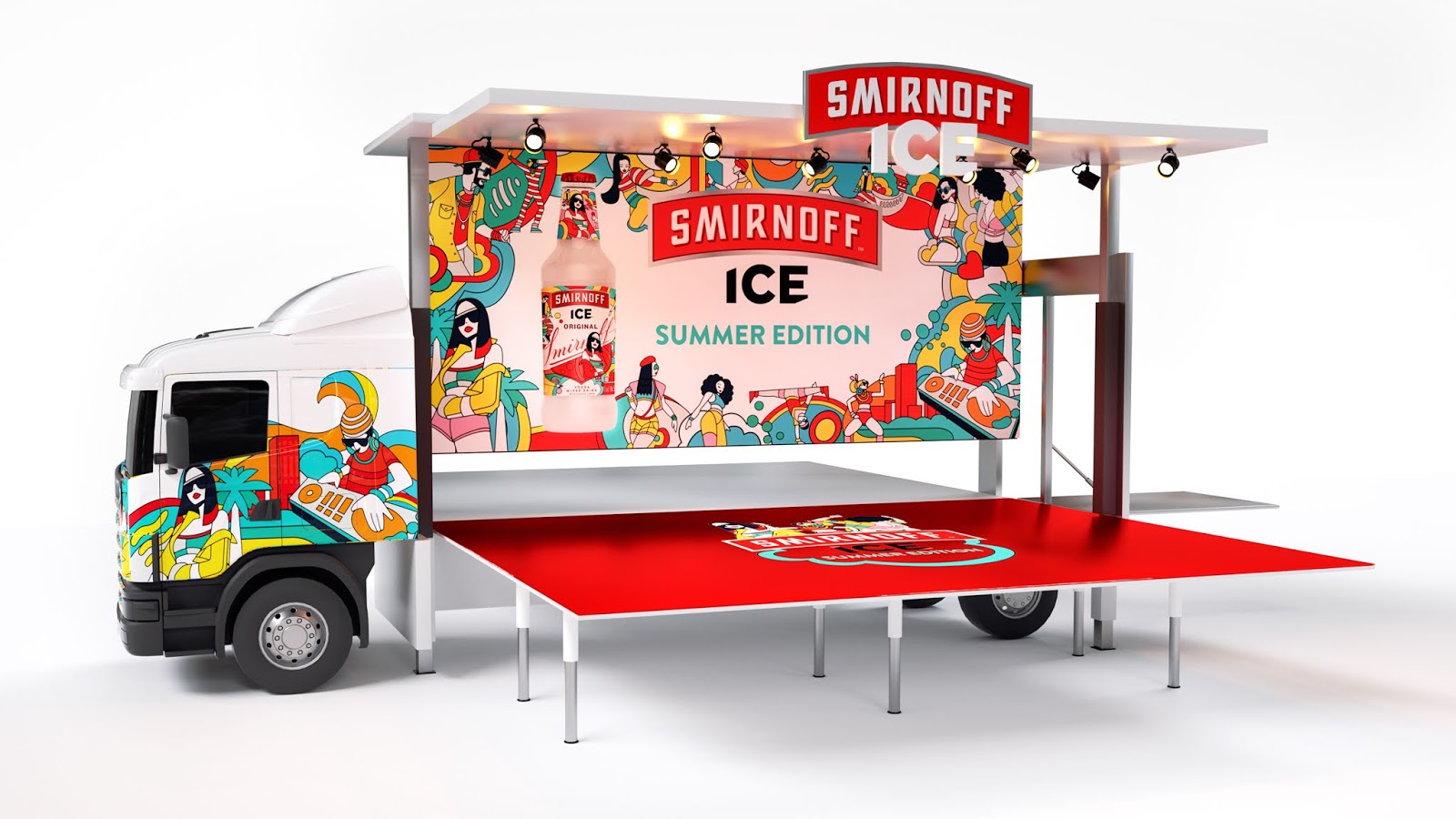 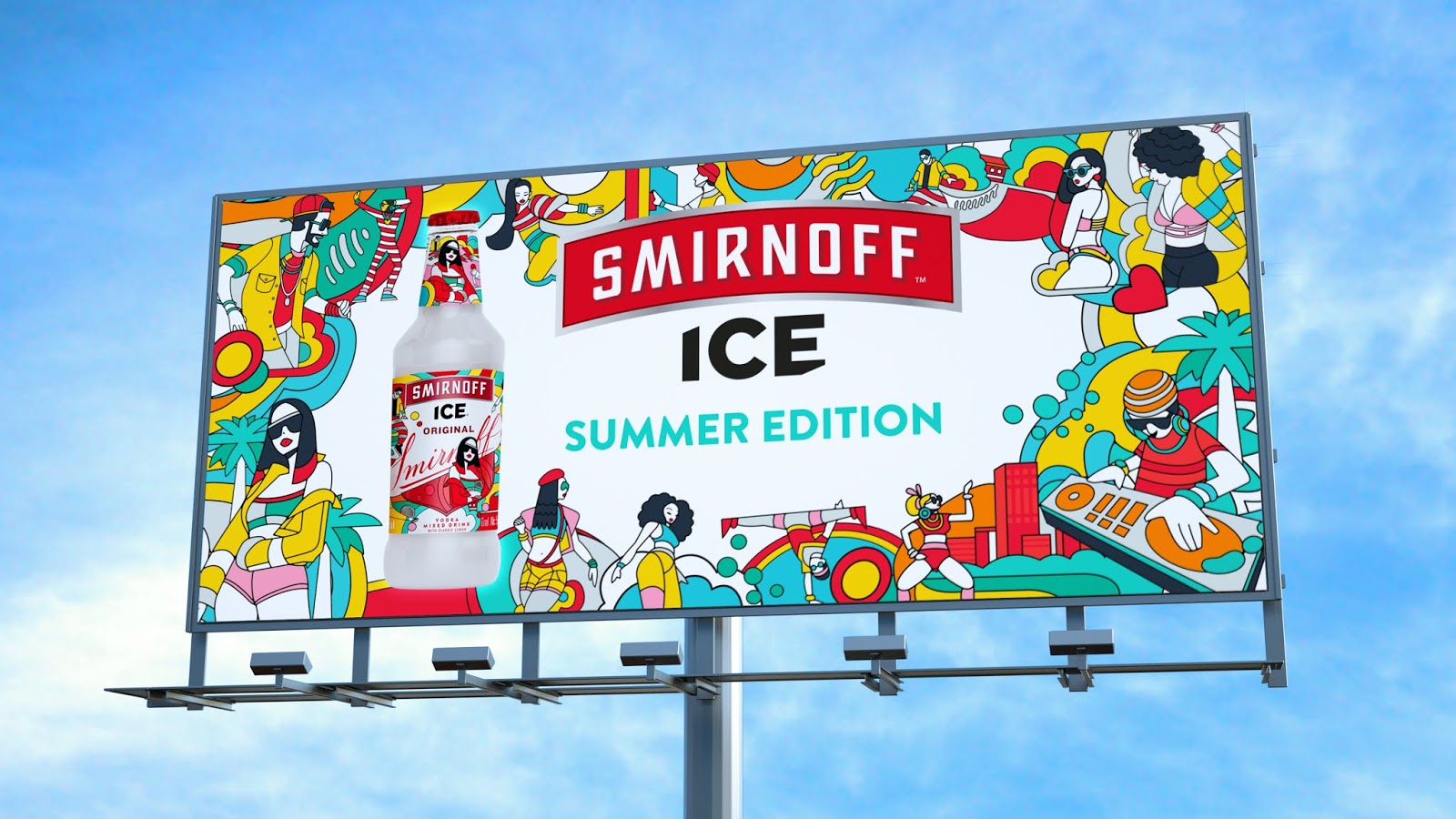