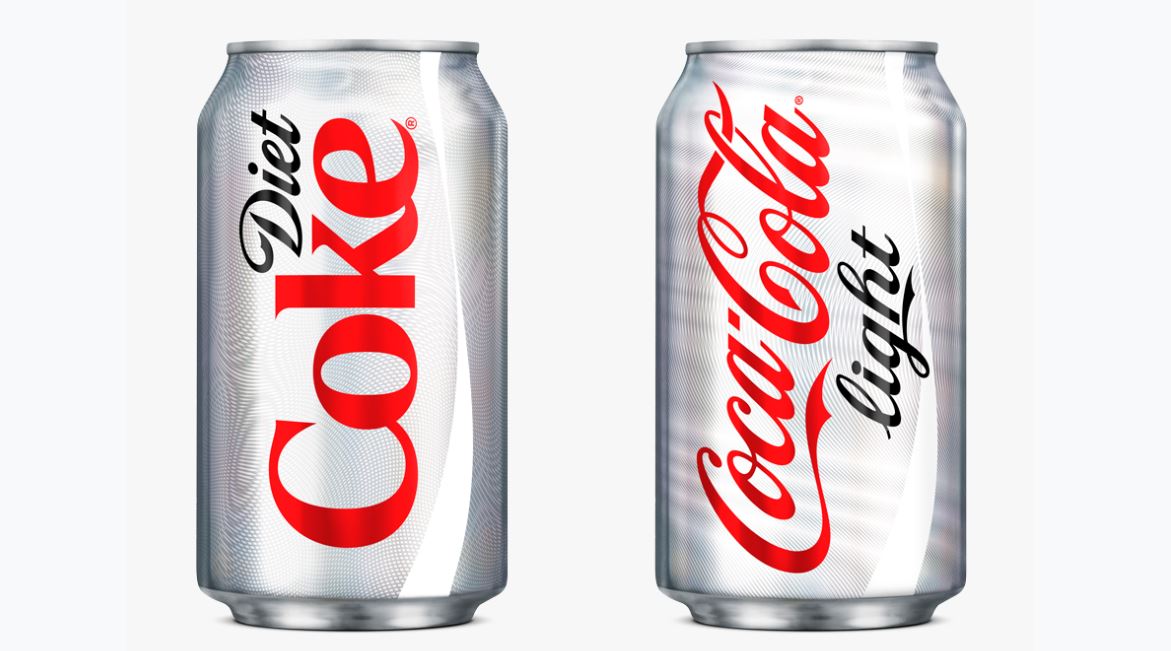 Brands & businesses looking to break out of their national market and emerge onto the world stage must always keep their destinations in mind. It’s not enough to simply have a beloved product, it has to conform to local expectations; or else disaster can strike. Localisation is the name of the game, so branding and their packaging can change drastically from country to country.

These differences can vary from small cosmetics changes to complete aesthetic overhauls, and the branding can shift so much that the products or brands themselves can change too. Direct Packaging Solutions takes a look at some of the most interesting times branding & packaging changes when going from one side of the world to the other.

Diet Coke – Various
Starting with a minor change, yet one that semantically makes sense, many countries across the globe need to call ‘Diet Coke’ ‘Coke Light’. This is because some countries don’t accept that a product simply having lower calories qualifies it as being part of a diet.

All in all the packaging didn’t change too drastically, with the denominator ‘Light’ and ‘Diet’ roughly sharing the same spot, as well as the branding colours of silver and red, but the name change along shows how important localisation can be when it comes to branding.

Galaxy – America
The UK’s beloved Galaxy is known as ‘Dove’ in America and, frankly, most of the rest of the world. Galaxy as a brand is embraced not only in the UK but in India and Egypt as well.

The packaging remains roughly the same, sticking to a rich, brown colour scheme and sharing the same font style, yer for UK consumers ‘Dove’ will always come with the mental image of white and a whole range of soap-based products.

Redbull – China
Many will know Red Bull by their iconic silver cans with blue & red hints, yet they’ve gone a completely different direction in China. The branding of Red Bull has become much more universal in the last few years, with a website dedicated to sports news and style, instead of simply energy drinks, yet the biggest shift has been China’s gold cans with red bulls & black writing.

In terms of the product itself, China’s Red Bull has undergone equally stark differences, with the energy drink’s classic carbonated nature being toned down to match local tastes. That’s right; the drink is not carbonated, which to many consumers across the world would seem simply bizarre. 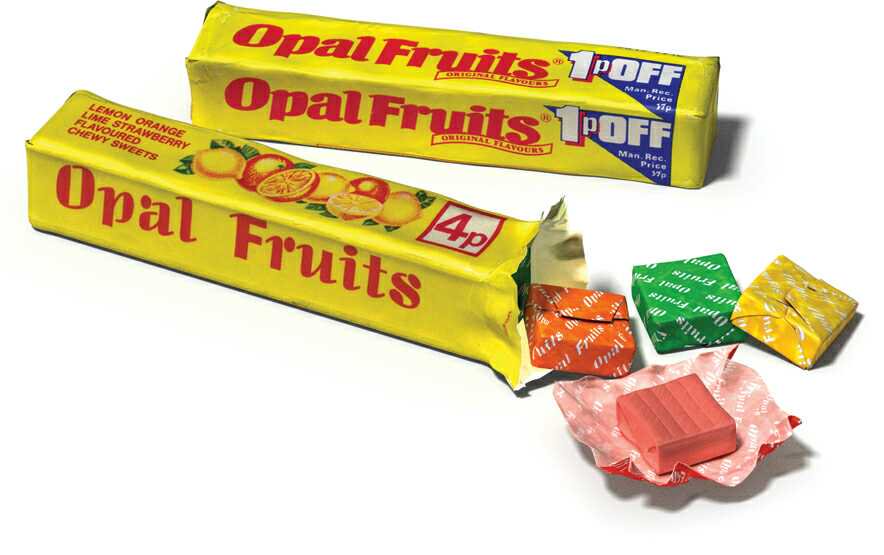 Starburst – America
Though it’s now known as Starburst, the sweets were originally released as Opal Fruits in the UK. The ‘Opal Fruits’ name was kept in the UK until the late 90s, however, when it they were introduced to the states in the 60s they were released under the name M&M’s Fruit Chewies, but swiftly adapted the name Starburst.

Tesco – China
Attempted to branch out to China, under the name of Hymall. In 2006, Tesco bought over 90% of Ting Hsin’s Hymall chain store, increasing their bid from 50%. This wasn’t a mere share purchase though as new stores opened under this deal was branded with both the Tesco and the Hymall names.

Tesco, or ‘Hymall’, tried some last ditch efforts to localize, going to far as to sell live turtles, grubs & toads in Shanghai. Sadly this was too little too late, and the outing was a resounding failure. Many have attributed this to Tesco misunderstanding how many customers in China handles food shopping as, opposed to UK customers depending on one store for everything, Chinese customers usually pick and choose products between various stores.

Wall’s – America
Wall’s is called Good Humor in the US; a name made all the more unsettling by the lack of a ‘u’ in ‘humour’. The stark shift in name isn’t the only drastic change from across the pond, as the Wall’s logo remains mostly the same all across the world; except for America’s ‘Good humor’.

The familiar love heart swirl (whether it’s red on white or white on red) and casual, friendly font is found on ice tubs all over the world, yet ‘Good Humor’ goes for a completely different vibe with a light blue colour scheme and a simplistic, traditional font. This kind of packaging appeals to a more traditional nuclear familiar demographic, whereas the more internationally recognised Wall’s logo appeals to families as a whole.

Walkers – Worldwide
Walkers is arguably the UK’s most-known, most-beloved crisps company, and yet the rest of the world decides to adapt the brand under a completely different name. In North America, the brand flies different colours under the banner of ‘Lay’s’, Mexico calls it ‘Sabritas’ and South America goes even further with the enigmatic name of ‘Margarita’.

The logo stays roughly the same wherever you travel, even Russia’s ‘Poca’ still bears a red banner across a yellow circle, but the packaging per flavour can vary wildly. For example, classic Ready Salted is red here in the UK, yet it’s yellow in North America. Then, of course, there’s what the product itself is called, with ‘chips’ being adopted by most of the world.

Mars – America
…And bizarrely, they call Mars bars ‘Milky Way’ bars. Both of these examples saw the packaging for the chocolate bars change significantly, yet oddly enough the ‘Milky Way’ logo still shared an uncanny resemblance. Though the brand colour palette shifted and minor elements from the UK logo disappeared, the font and style remained undeniably kid-friendly.

KFC – Canada (Quebec)
Quebec in Canada is primarily a French-speaking region of the country and thus has strict naming laws. Due to this, the almost universally known KFC is actually translated to ‘Poulet Frit Kentucky’, with the logo reflecting the acronym ‘PFK’.

Of course, with the iconic KFC being replaced with PFK every piece of packaging has to change as well, from the smallest paper packet of chips to the largest family bucket. The ol’ Colonel is still there, smiling away, but he does so as a French colonel.

Burger King – Australia
Another case of a fast-food chain having to reinvent its entire line of packaging is Burger King, who goes by the name of Hungry Jack’s down under. Australia already had a registered franchise known as Burger King, and thus the next logical step was, obviously, Hungry Jack’s.

As if stunned by the transition, the logo itself is much flatter looking, losing the Burger King blue the rest of the world is accustomed to, and so naturally the entire chain’s packaging changes with it. At the very least, Burger Kings’ bizarre and straight-up creepy mascot, ‘The King’, wouldn’t have made much sense for the Hungry Jack’s brand.

About the author
Tom Simpkins has written everything from books to business proposals but has found a love for working on articles for a host of different clients. When he’s not writing, Tom’s an avid mixologist, an enthusiastic cook and a hopeless lover of corgis.