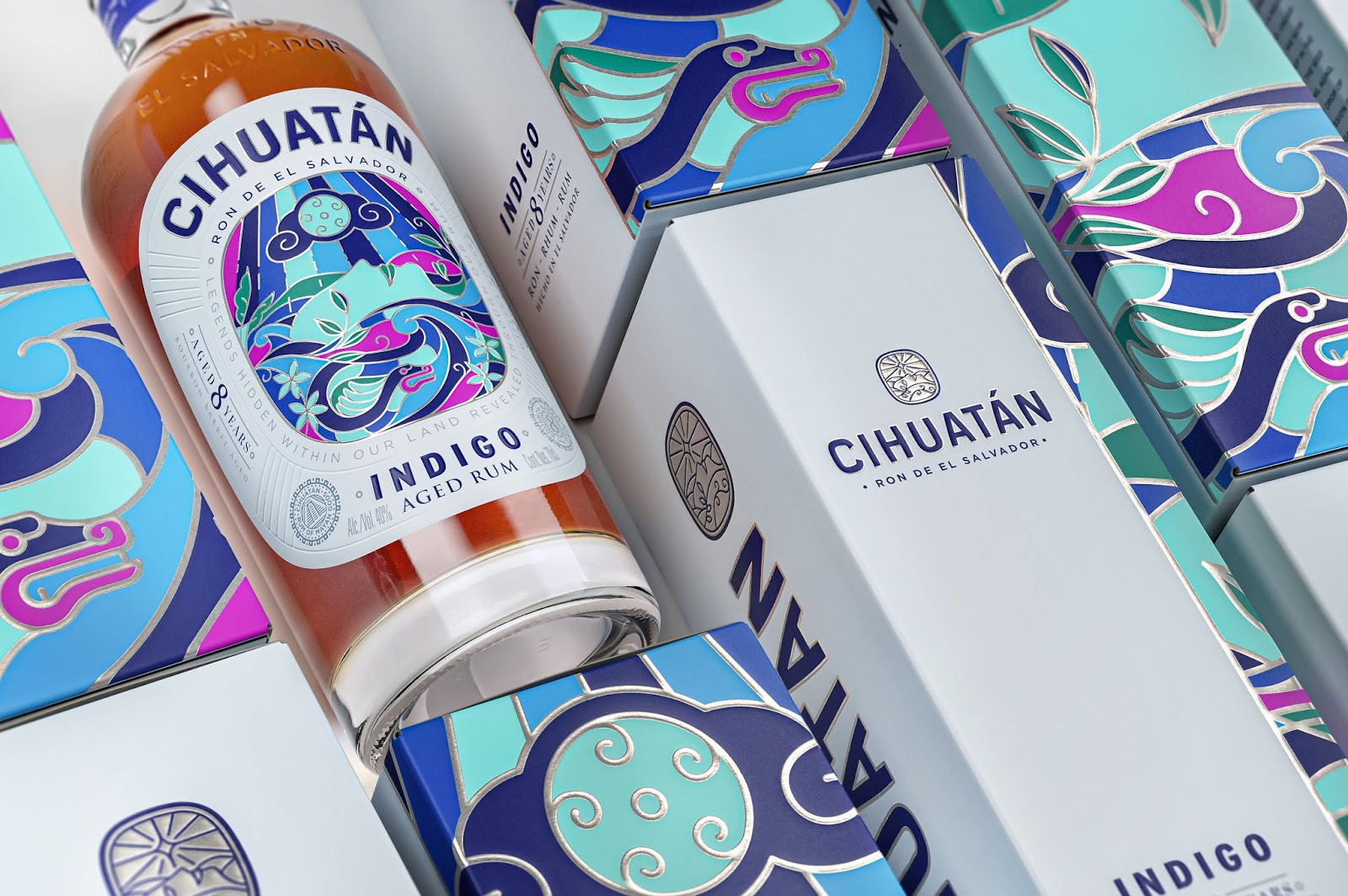 Following the development of Cihuatán Nikté limited edition in 2018, Licoreras Cihuatán, the only rum producer in El Salvador, has awarded the boutique design studio Appartement 103 with the repositioning design of its core range.

Requiring deep category expertise, Appartement 103 embellished on a strategic approach with portfolio management, naming development, brand redesign, secondary packaging and advertising campaign collaterals.
Licoreras Cihuatán started distilling in 2004 with the ambition to become an international premium craft rum producer, who serves as El Salvador’s ambassador to the world. The company sold their first bottle in 2015, and since then have been increasingly growing and surprising consumers across the globe with exceptionally crafted product profiles. However, the previous brand presentation was not conveying any personality, neither premiumness, making it impossible to compete in such a crowded environment. 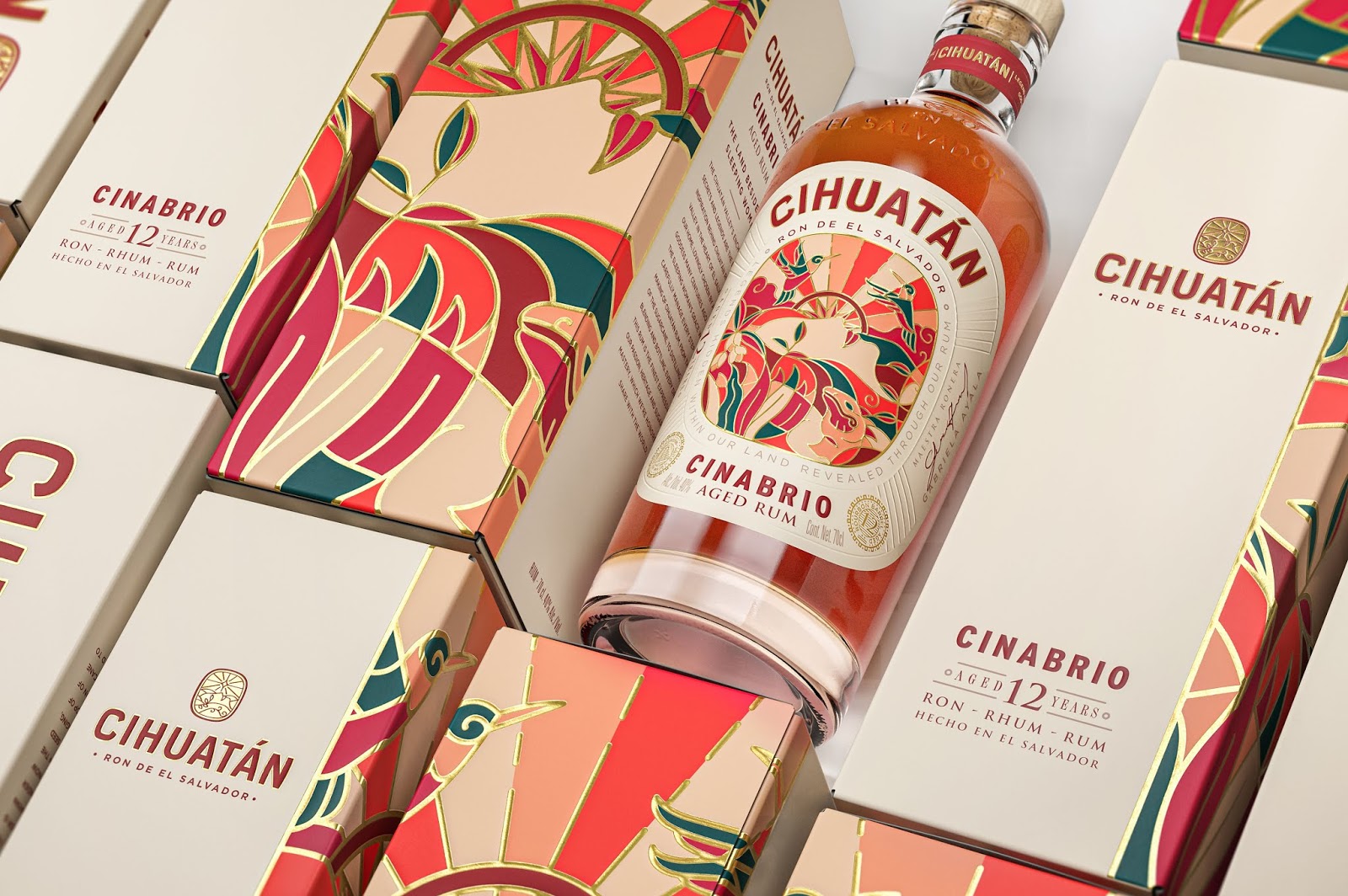 Cihuatán Rum invites you to satisfy your curiosity. Curiosity is what ties Cihuatán rum to El Salvador and to the Mayan civilisation who many centuries ago also called the Cihuatán Valley their home.

In the Nahuat dialect, “Cihuatán” means “the land beside the sleeping woman”. The legend says that a Goddess came to Cihuatán Valley and bestowed this land with riches and fertility. Under her grace, Cihuatán has blossomed into fertile sugarcane fields and the purest of waters, key ingredients used to craft the rum.

It is from this poetical and original myth that Appartement 103 built the base of an entirely new visual identity, using powerful illustrations as vital brand assets, conveying its story. 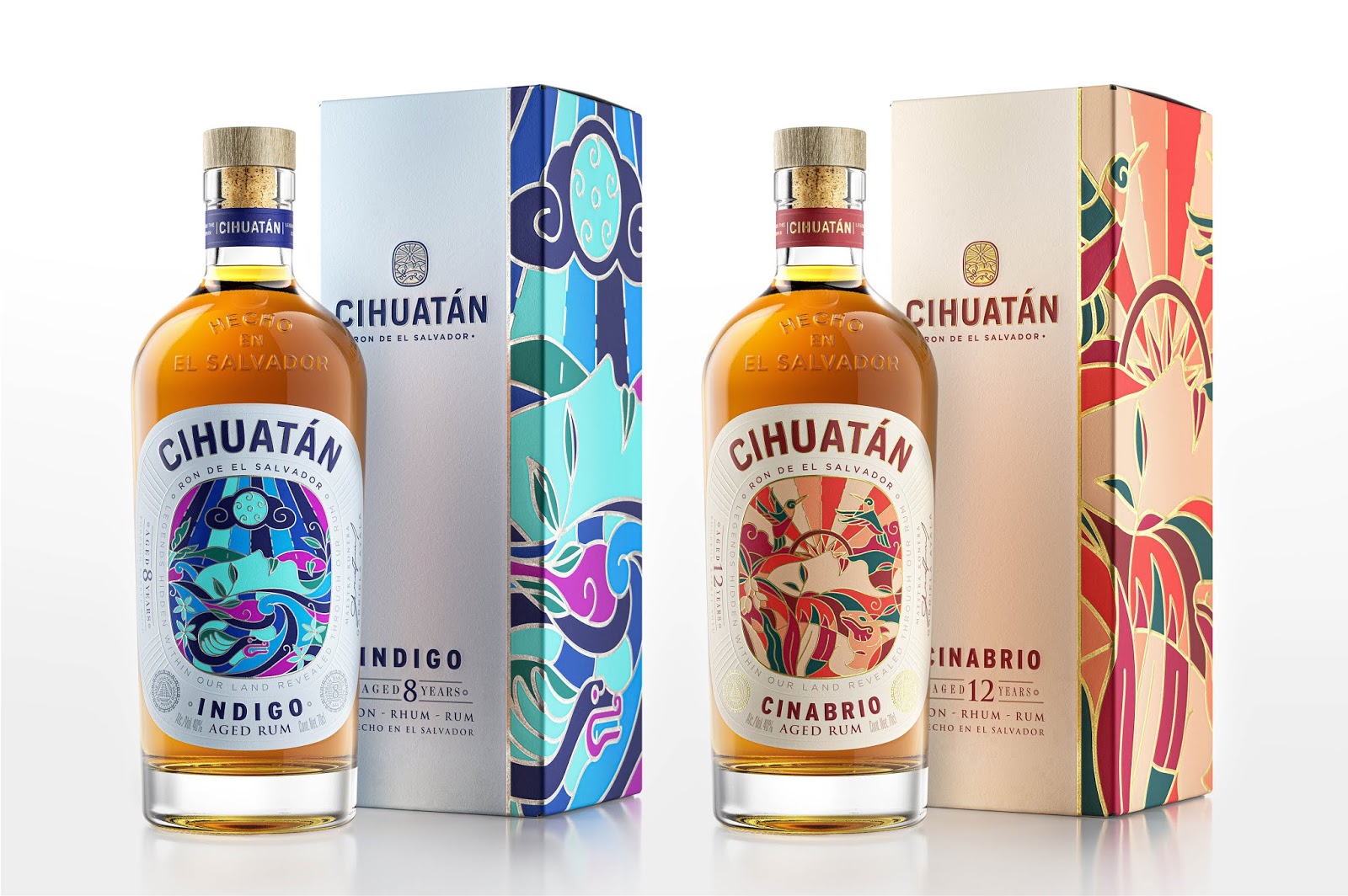 Camouflaged at the heart of every illustration lies the Sleeping Woman’s face, which is the masterpiece of the new Cihuatán icon used across all POS materials.

To strengthen the new brand positioning, offering it a deeper level of discovery, Appartement 103 developed names for each variant with their unique storytelling, triggering consumers curiosity and desirability by taking them through the odyssey of the Mayan gods: The 8 years old design, Cihuatán Indigo, symbolises Tlaloc, the Mayan God of rain, fertility and water. 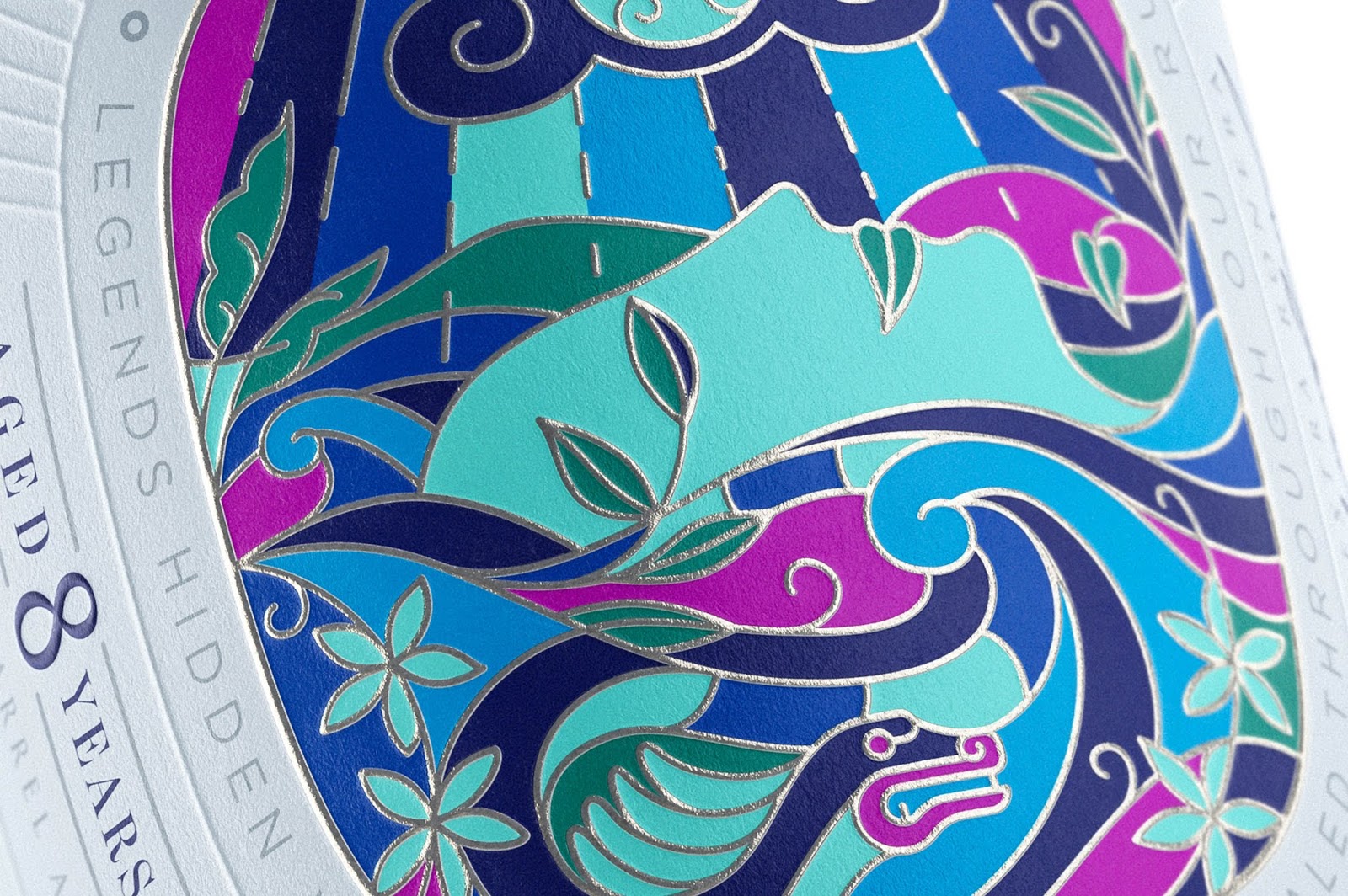 Often symbolised by a snake, Appartement 103’s team represented the power of Tlaloc through a beautiful intertwine illustration with flamboyant colours and textures, which aims to heighten consumers’ senses through an odyssey of details. Beyond the story, the illustration truly conveys the characteristics and personality of the liquid encapsulated in each Cihuatán Indigo bottle.

On the other hand, Cihuatán Cinabrio is a 12 years old rum in reddish colour tones, a symbol of Kinich Ahau, the Mayan God of the sun.

Legend has it that the Sleeping Woman, guardian goddess of the Cihuatán valley, interceded before Kinich Ahau so that he energised the valley with its heat. The Nahual (or birth signs) of Kinich Ahau were two hummingbirds, which were carefully portrayed in its illustration. 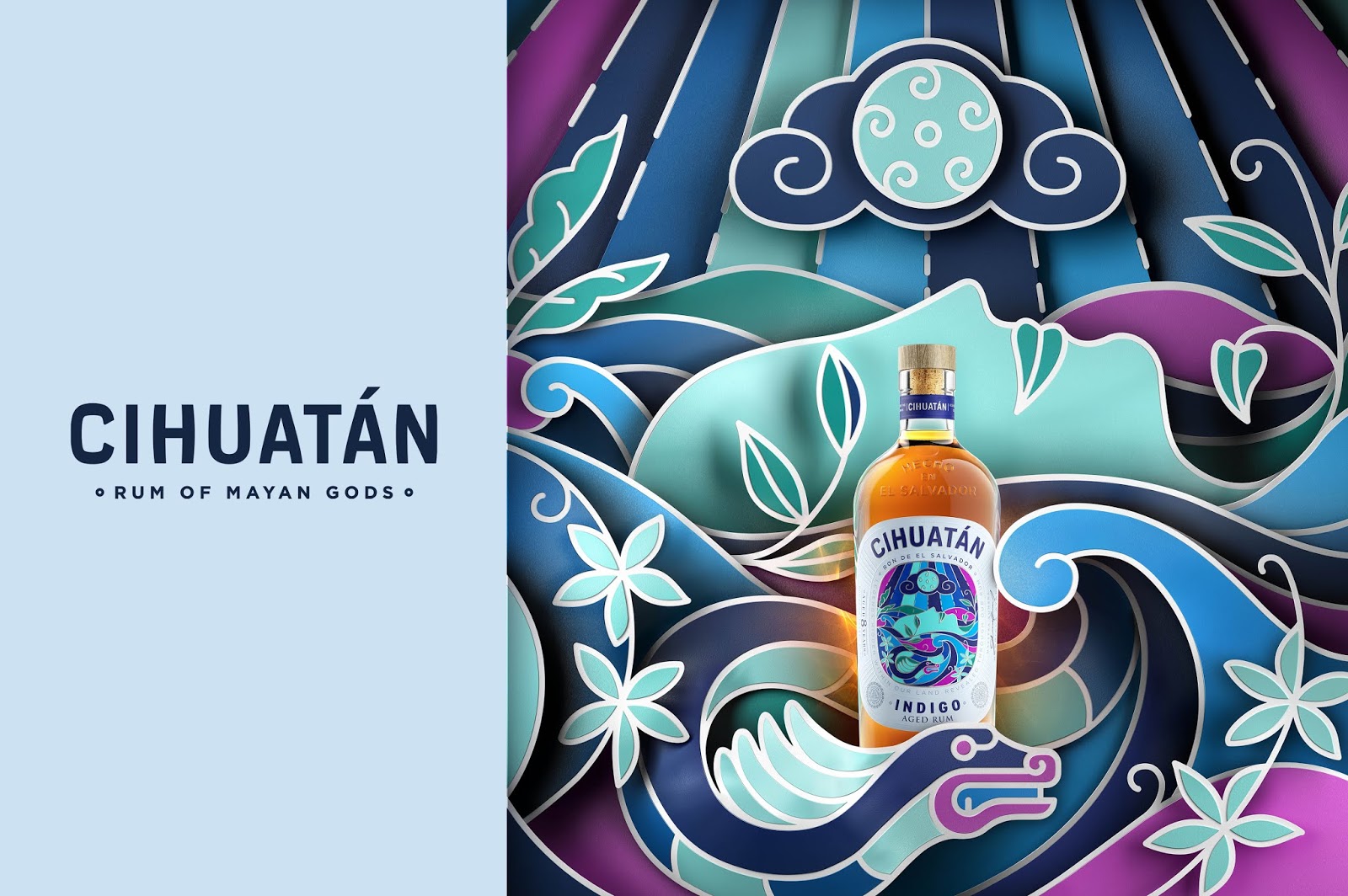 To ensure that the agency’s vision was translated accurately, all labels were printed with the highest level of details and quality cues, carefully followed by Appartement 103. The labels boost embossing details with crafted paper texture and hot foil stamping, creating a subtle yet overt premiumisation across these products.

The oak wood closure has been laser engraved with the icon, conveying an extra touch of craftsmanship and elegance. 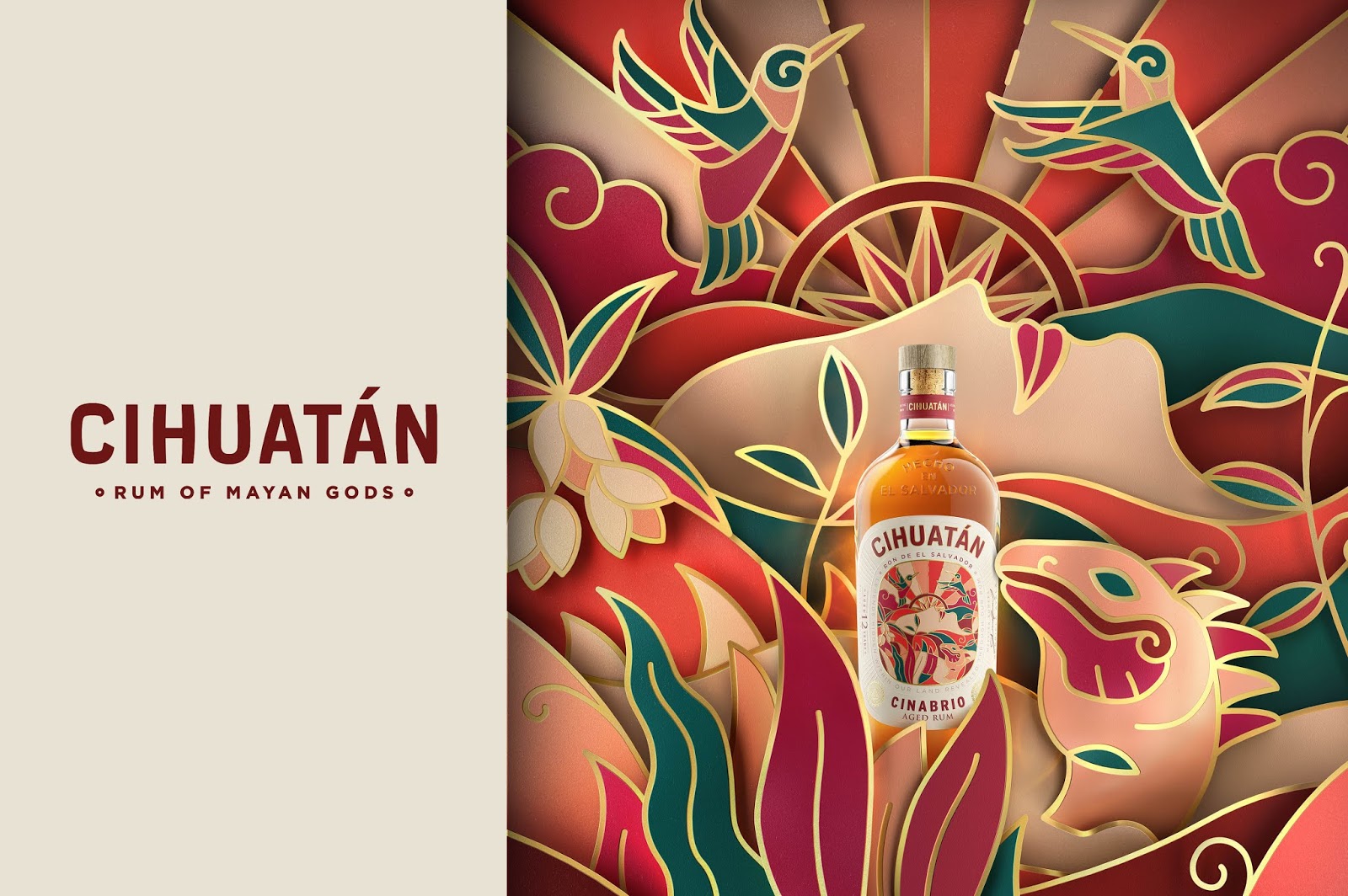 “Since the start of the project, the Cihuatán team gave us their complete trust. Working with creative freedom while collaborating closely with our client was key to challenge Rum category codes. Our team has delivered a daring brand transformation that would reconnect the consumers with Cihuatán’s deepest roots. A powerful synergy that will surely bring the brand to the forefront of the international scene.” says Appartement 103’s Creative Director, Julien Zylbermann 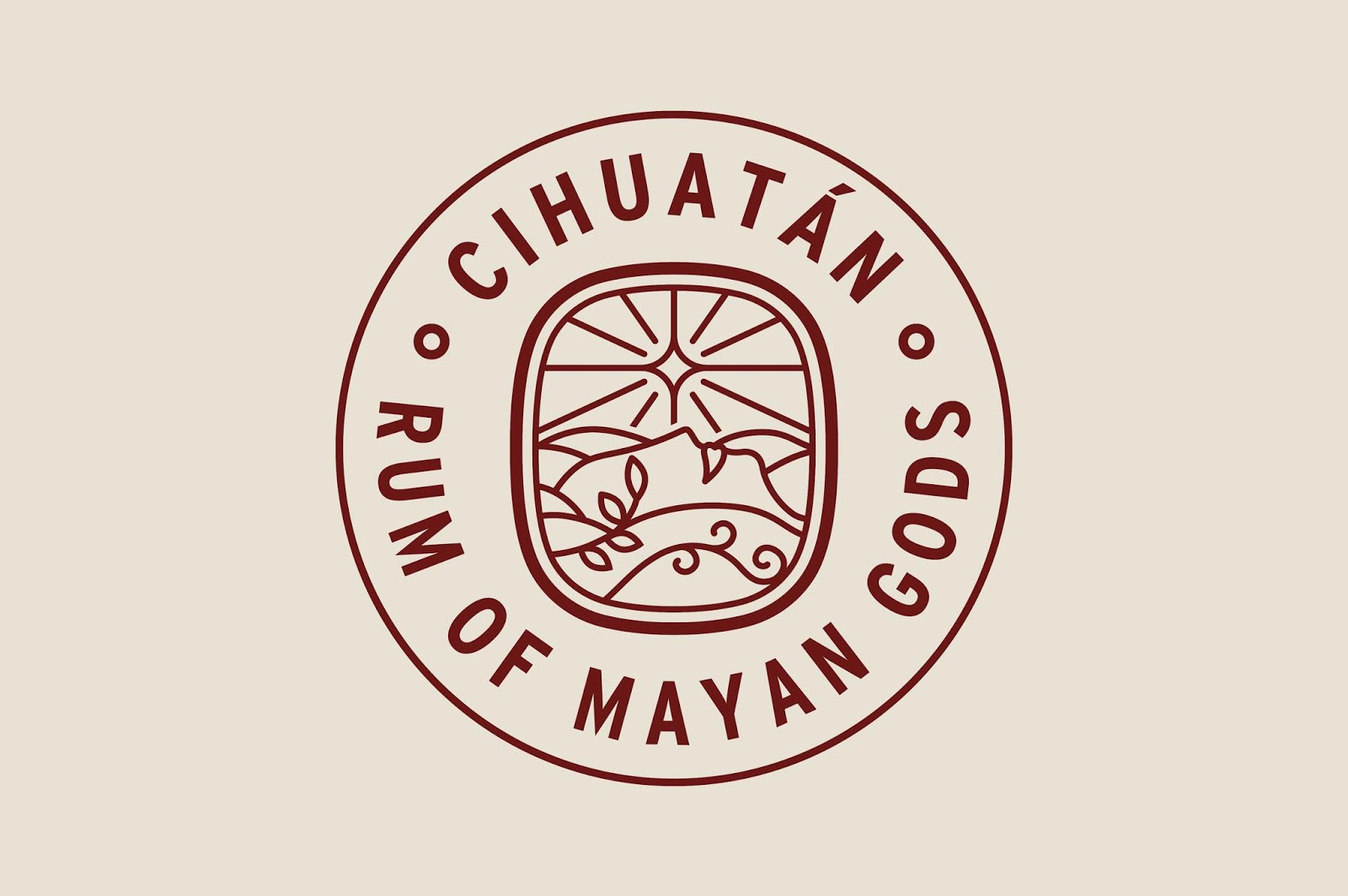 “Appartement 103’s team have gone above and beyond to get to know Cihuatán’s DNA, both short term and long term goals and most importantly, the stories of our land. The Team at Appartement 103 then translated those into packaging and marketing assets that are not only visually striking, but that also will help Cihuatán accomplish commercial and other strategic goals. Along the entire scope of the project, we have considered Appartement 103 to be a true ally and we are thrilled with the end result.” Eugenia Ramirez, Cihuatán Marketing Director.