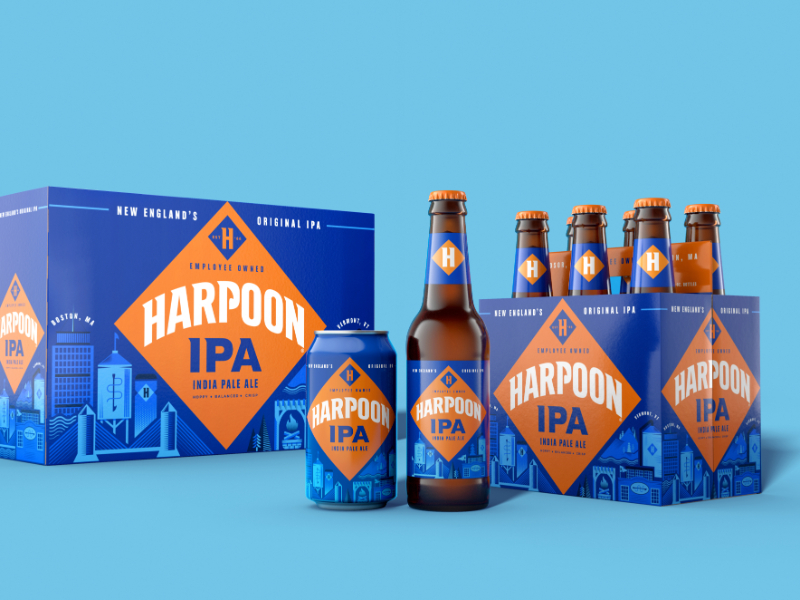 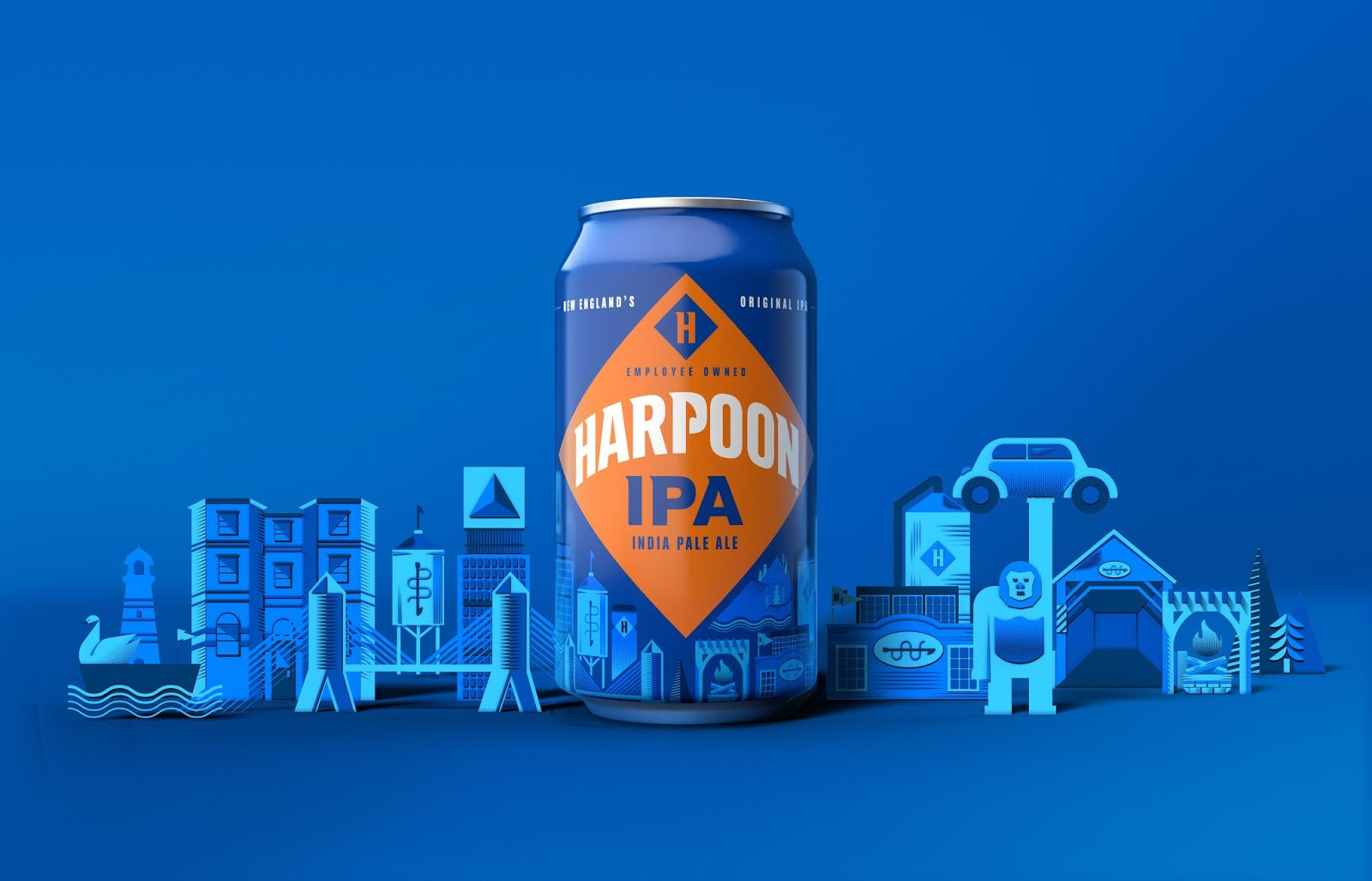 Since the original launch of Harpoon IPA in 1993, the craft beer aisle has grown exponentially. At its onset, Harpoon IPA – New England’s original IPA – was one of only a handful of craft beers brewed on the east coast and it quickly became a bestseller known for its “easy-drinking” flavor profile.

Throughout the years the craft beer category ballooned with new offerings and specifically new IPAs. As a result, it became harder for Harpoon to distinguish itself and grab the attention of new consumers. Harpoon Brewery decided it was time for a redesign that would help it stand out in the category and tell its unique story. They turned to creative agency, Chase Design Group , to help communicate the brand’s personality, and express its values with breakthrough design.

The Chase design team began by digging into what separates Harpoon from the competition. Its employee-owned breweries located in Boston, MA and Windsor, VT, focus on community involvement and a passion for charity. This proud heritage of Harpoon as the original IPA of New England needed to be expressed through its packaging. Chase carefully evolved key brand equities including the vibrant blue background, orange accents, and the Harpoon logo while adding new illustrative elements to the pack. 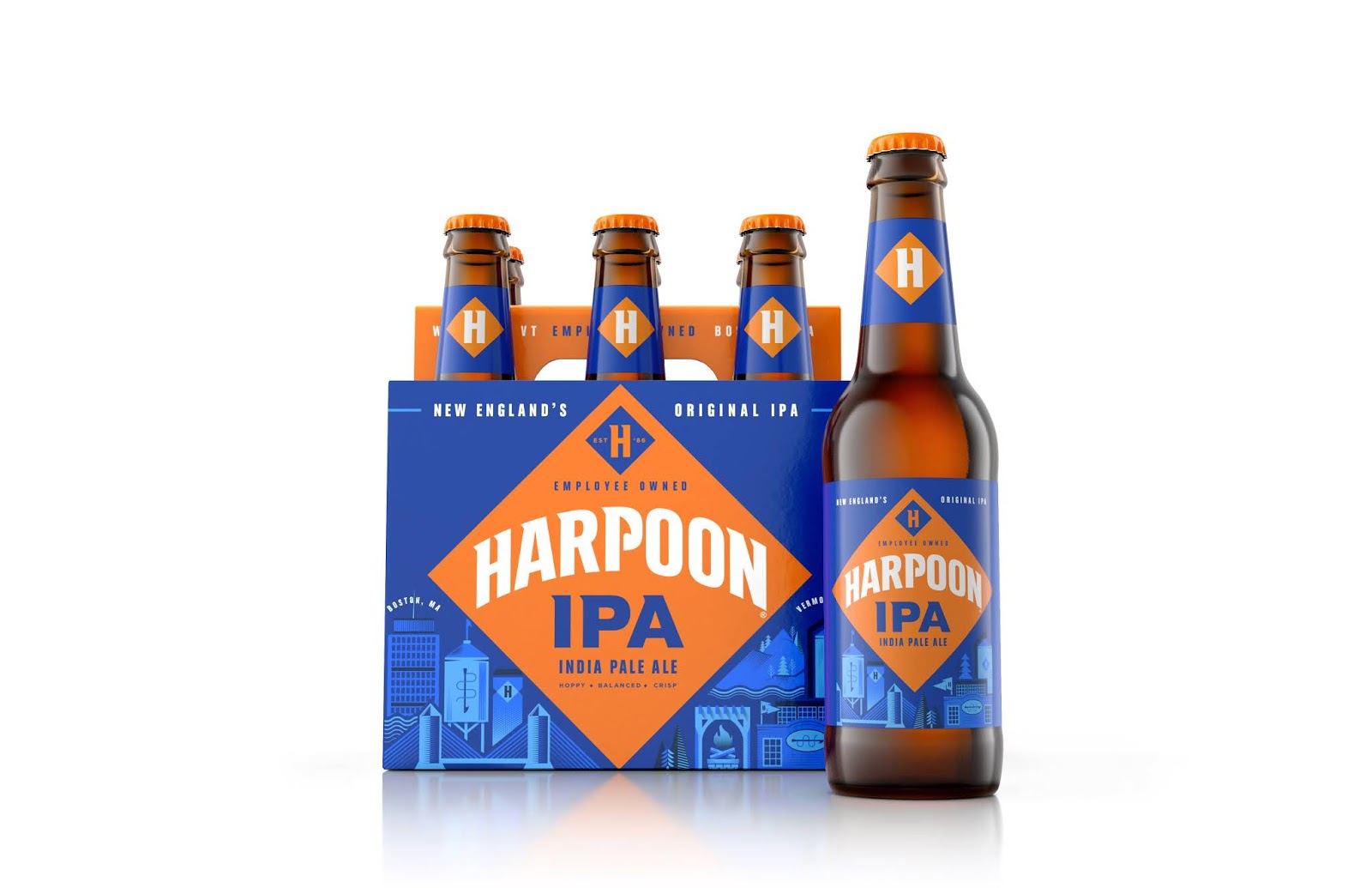 “Harpoon IPA had built up a unique set of iconic assets, but this set of tools failed to fully relay their incredibly unique brand narrative in the crowded craft cooler. As one of the very first craft beers in New England, it felt only right to celebrate both the original South Boston and the Windsor, Vermont breweries on pack. The distinctive Harpoon diamond takes the central location on pack, dynamically framing the brewery illustrations and also serving as a robust wayfinding device at shelf.” says Executive Creative Director Steve Dunphy, Chase Design Group.

After adjusting the label hierarchy, the Chase team then focused on the details of the design. The messages, “Employee Owned,” and “New England’s Original IPA,” flanking the iconic letter “H” diamond, a subtle harpoon silhouette within the “P” of the Harpoon logo, and new lettering for the IPA were all added to make the bold design feel nuanced and crafted.

“The Chase Design Group team found just the right balance to strengthen the connection with our current drinkers and attract new ones to the brand, while allowing us to extend for future portfolio options,” says Jon London, Chief Marketing Officer, Harpoon Brewery 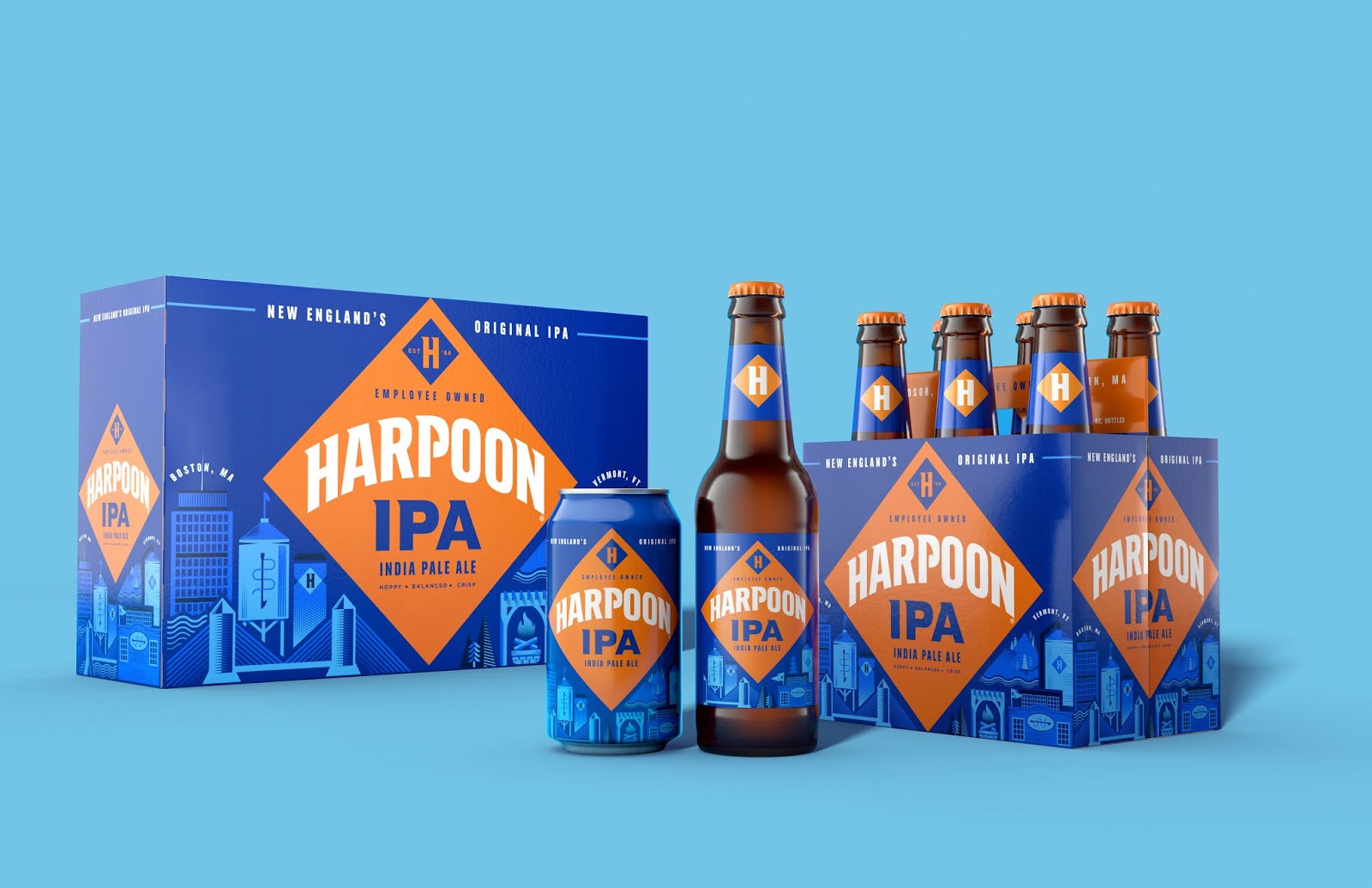 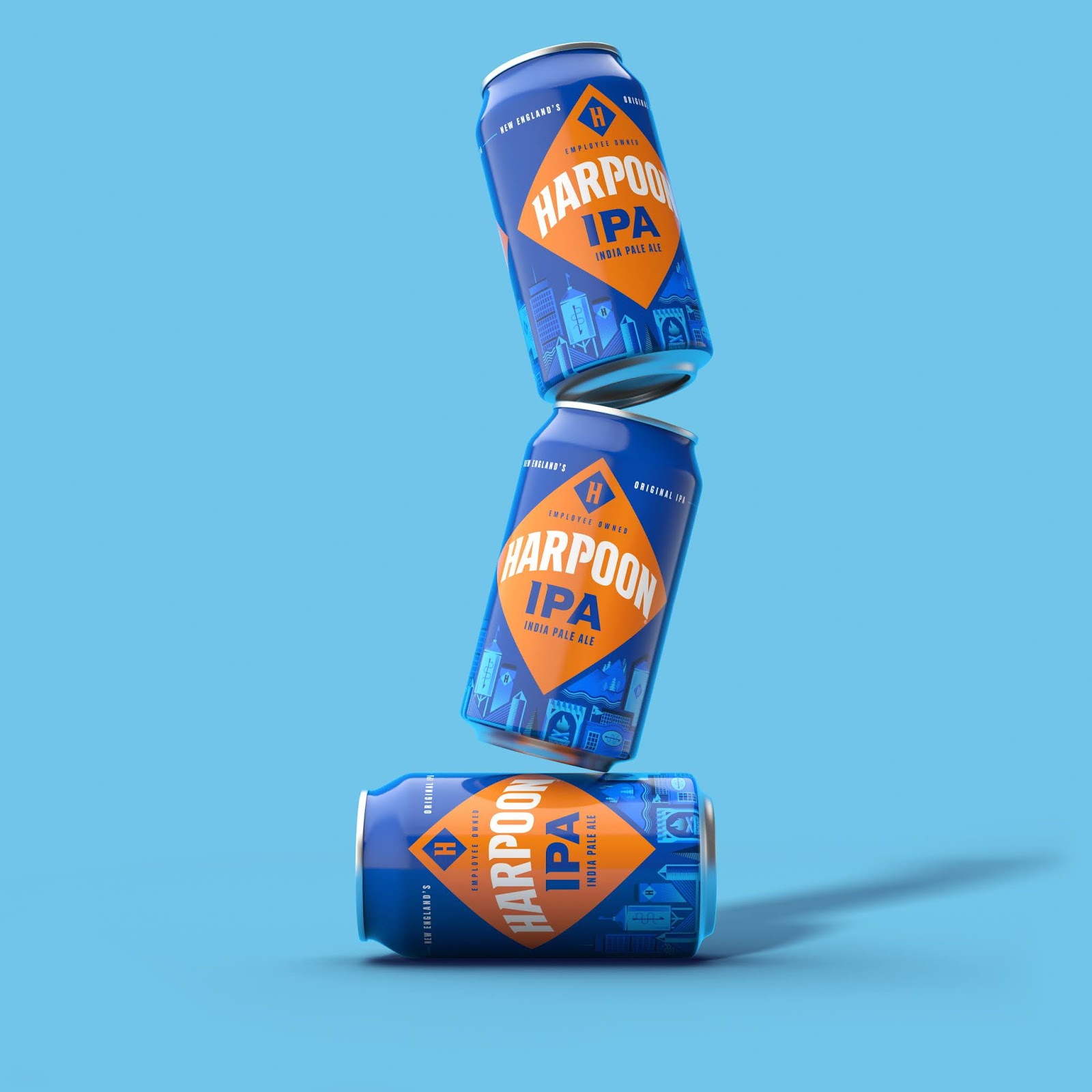 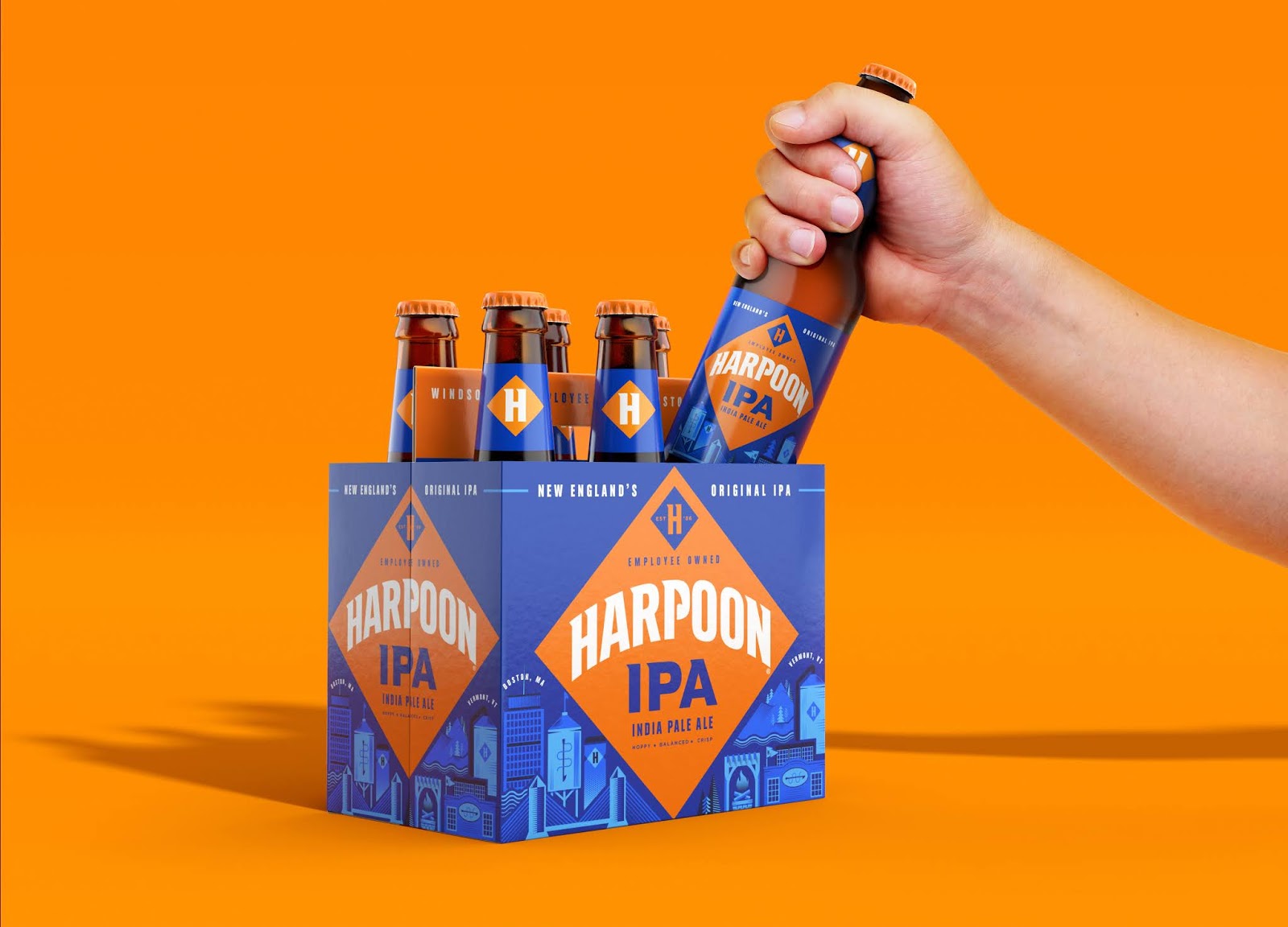