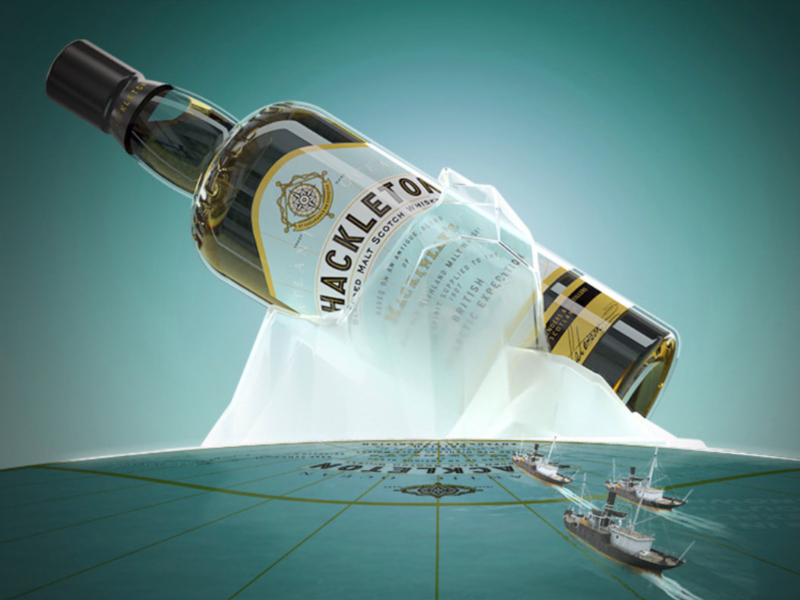 Prior to setting off for his Antarctic expedition, Sir Ernest Shackleton ordered 25 cases of Mackinlay’s Rare Old Highland Malt Whisky to bolster team spirit with his crew. It was with the whisky that brought the crew together to toast wives and sweethearts, celebrate birthdays and above all, foster a sense of team spirit that led them to survive and succeed against the hardest of odds.

In 2007, a century after the expedition, three cases of the perfectly preserved whisky were discovered, carefully excavated and thawed by the New Zealand Antarctic Heritage Trust. It was then the world renowned Master Blender, Richard Paterson, carried out detailed analysis to recreate this antique whisky, and used it as the foundation to create Shackleton. 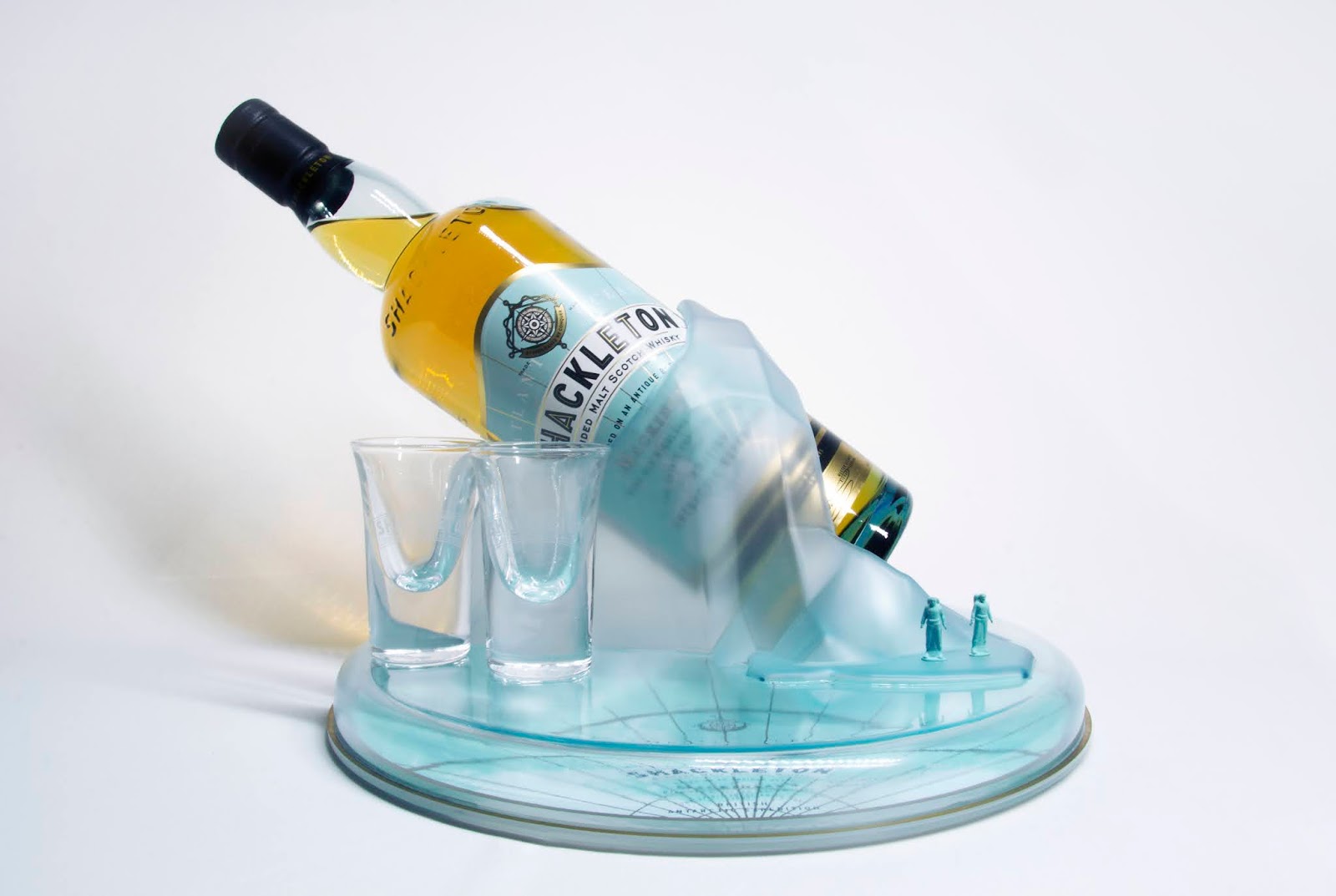 What’s Unique?
Shackleton originally reached out to HUEMON Design with the idea of an eye-catching bottle display at their distribution channels. Since they were new to the Taiwan market, they needed something that would work as a conversation starter. After understanding the brand history, the HUEMON team utilized the light blue material and half exposed bottle to signify the uncovering of the whiskey from the Antarctic 13 years ago. This piece became so popular with the consumers that many wished it was for sale to the general public. 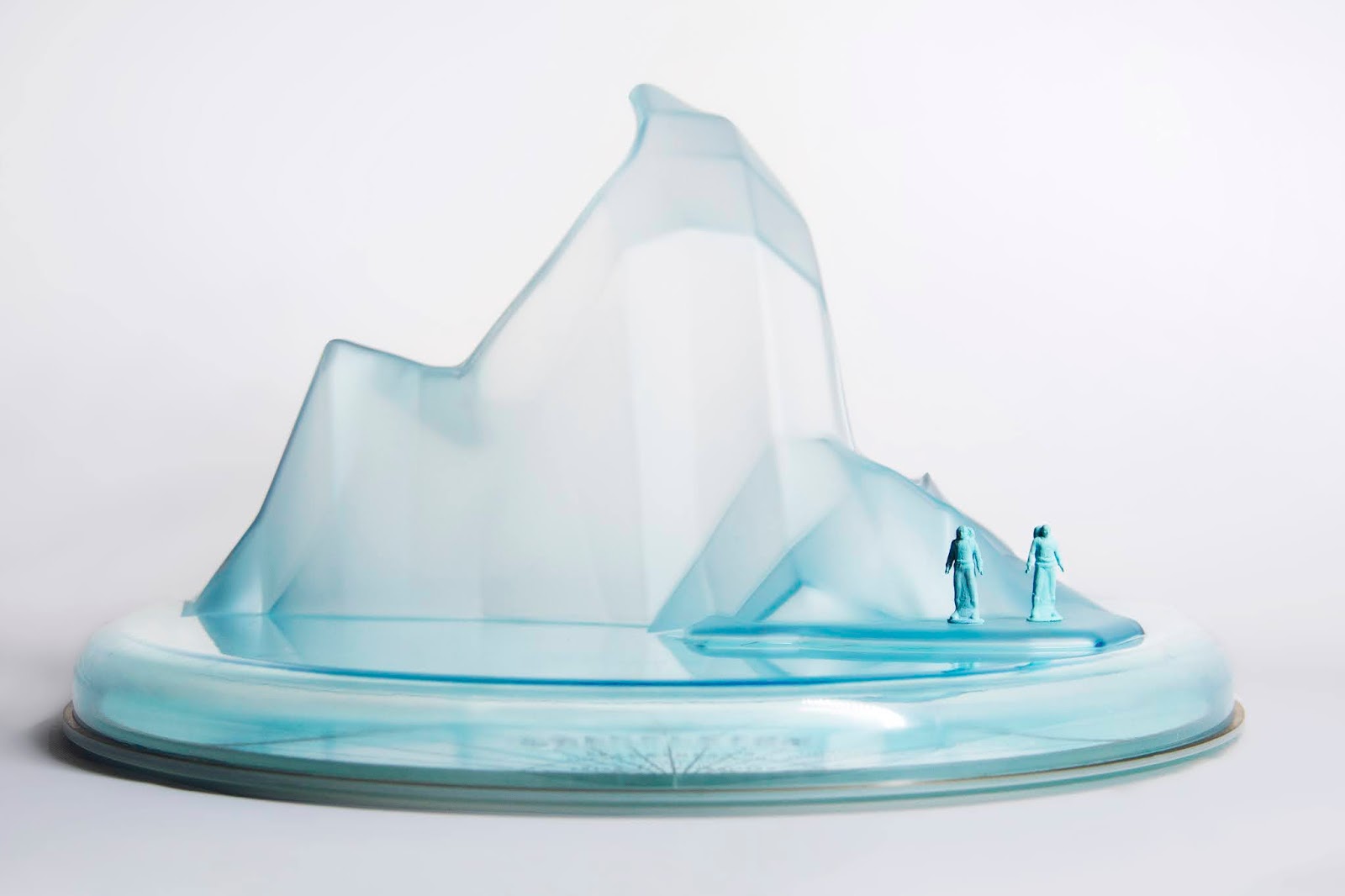