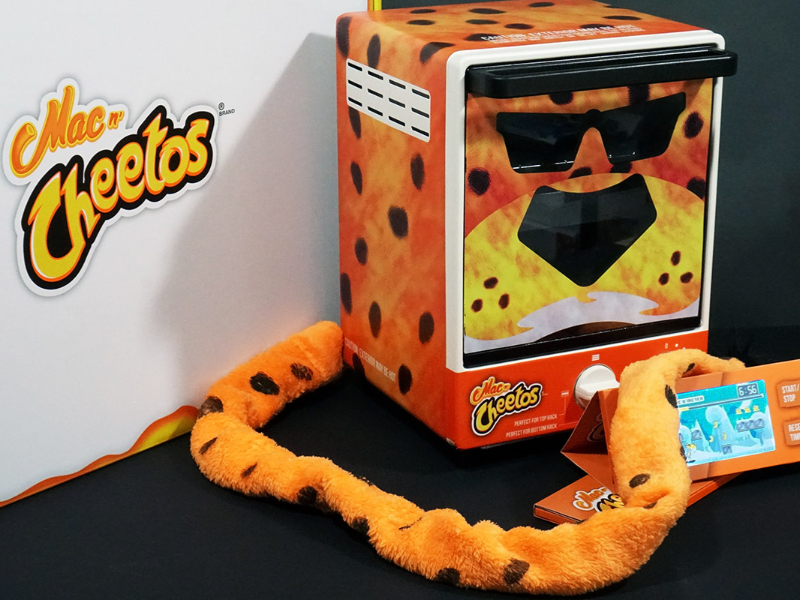 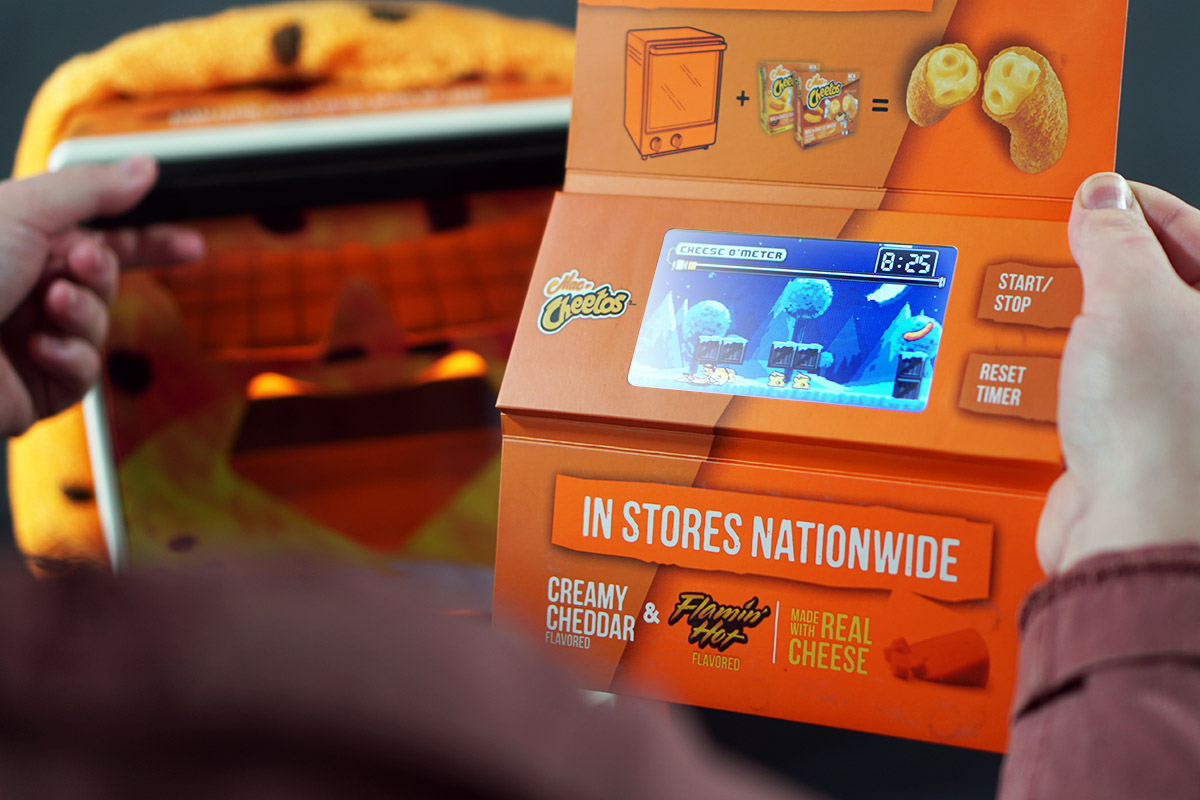 Frito-Lay has long been the purveyor of some of the world’s favorite snack foods, but their space has historically been in the grocery store’s chip aisle. Lately, they’ve been trying to branch out of this niche with a variety of new products. To generate buzz for, Mac N’ Cheetos (their latest offering, a mash-up of frozen macaroni and cheese nuggets coated in that delicious orange Cheeto powder) Frito-Lay needed to find a way to be taken (semi) seriously by top food bloggers.

Our team worked to create something that would be so impossible to ignore that it would overwhelm any biases the recipients may have toward frozen food. Our team engineered, designed, and sourced the mother of all buzz generation press kits.

Each kit measure 24″ wide by 18″ deep by 14″ tall (sorry FedEx guy) and contained everything the influencers would need to enjoy the snack. The kits included a fully branded toaster oven, two packages of Mac n’ Cheetos packed in dry ice, a branded cooler bag, and a dedicated video player loaded with cooking instructions that did double duty as a timer for the toaster oven. 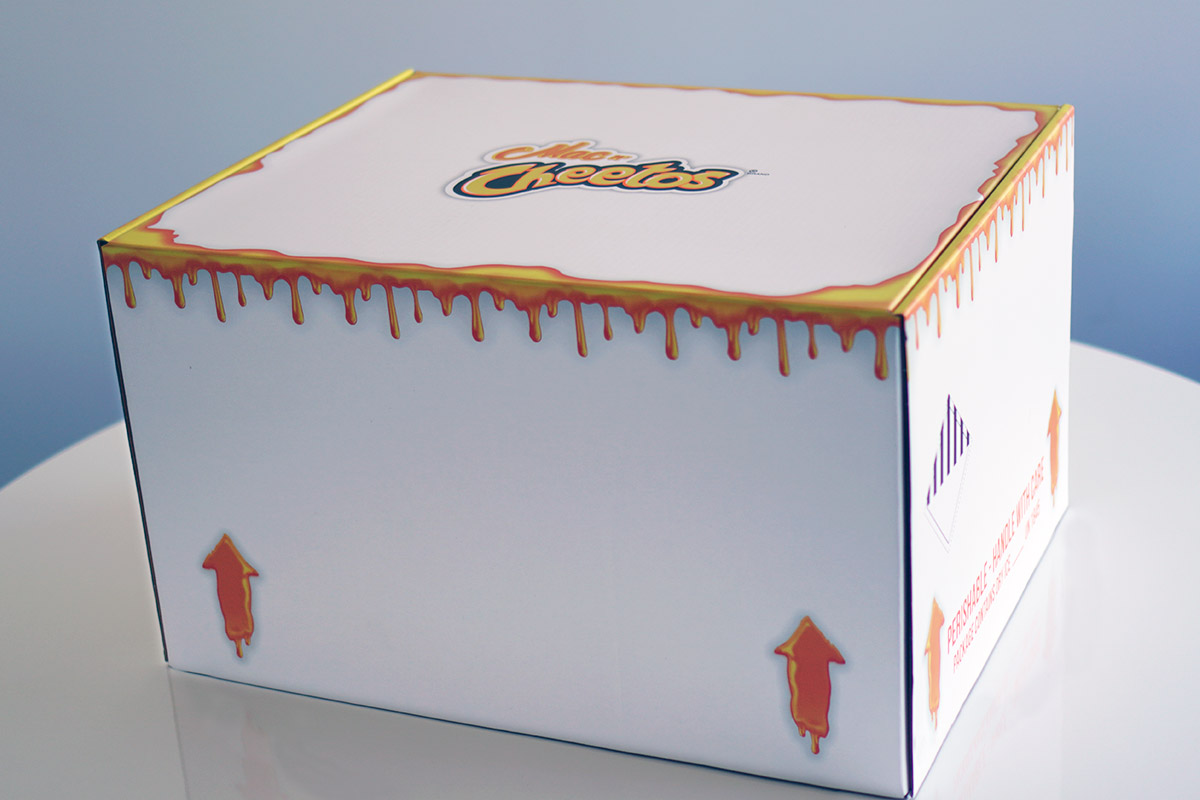 To generate buzz that also leaves a lasting brand impression, every element of the kit had to be customized to the Mac N’ Cheetos brand. Both the exterior and interior of the box featured custom created graphics, including a campaign hashtag (critical for measuring the reach of the campaign).

To add an additional layer of interactivity and nostalgia, our team created a 16bit animated video based on the 1992 SNES game Chester Cheetah: Too Cool to Fool. The video contained both the cooking instructions for the Mac N’ Cheetos as well as an animated timer. The video was included in the kit on a purpose-built tent-stand video player. 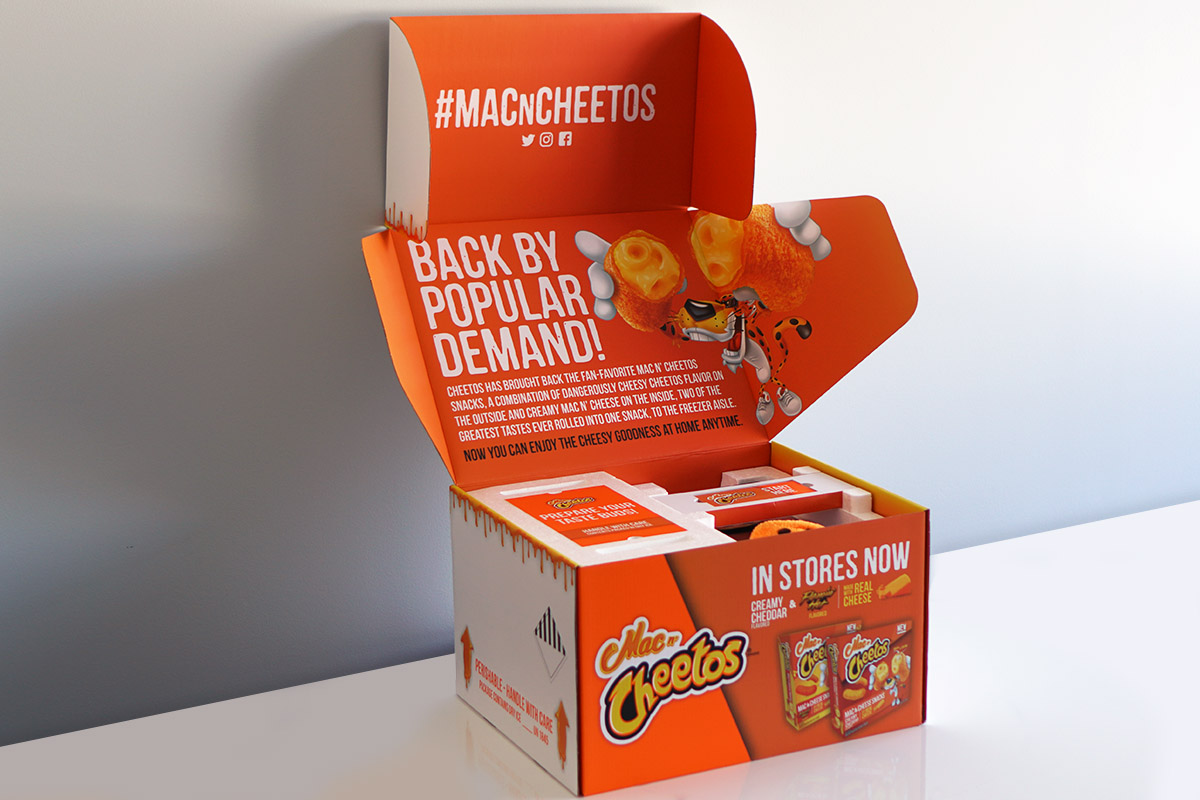 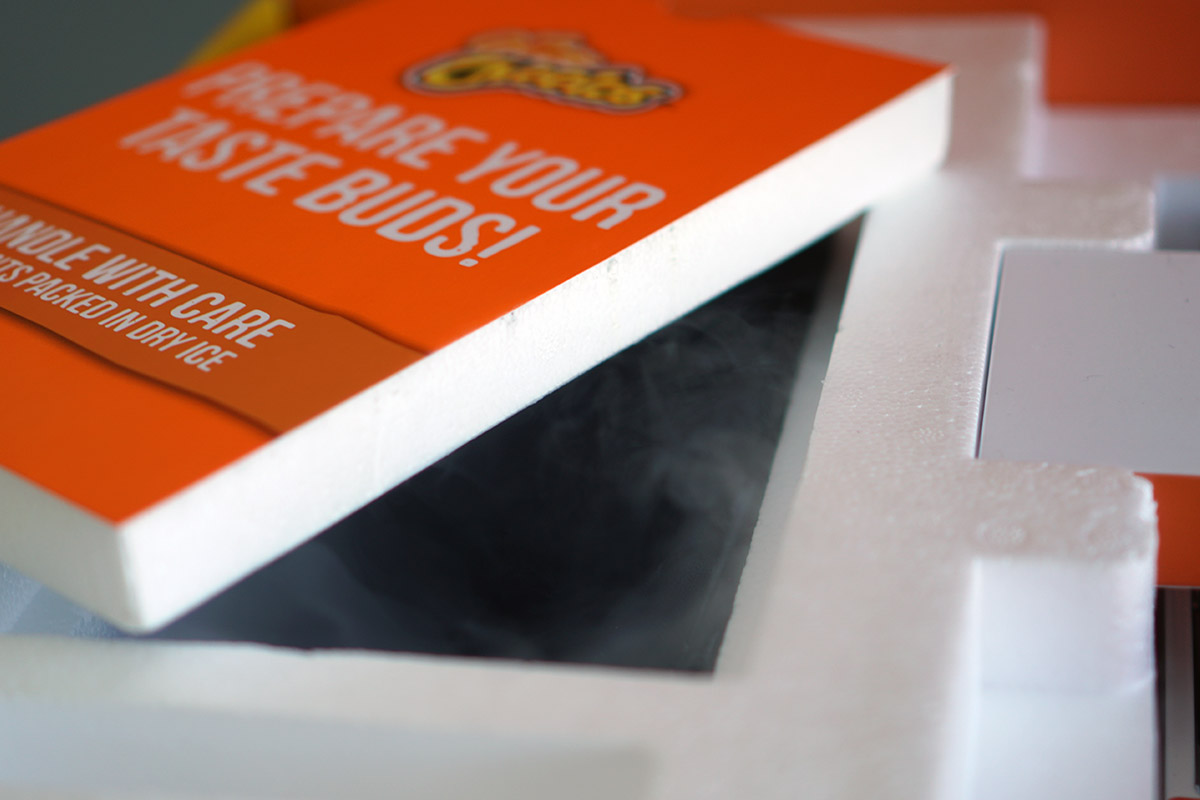 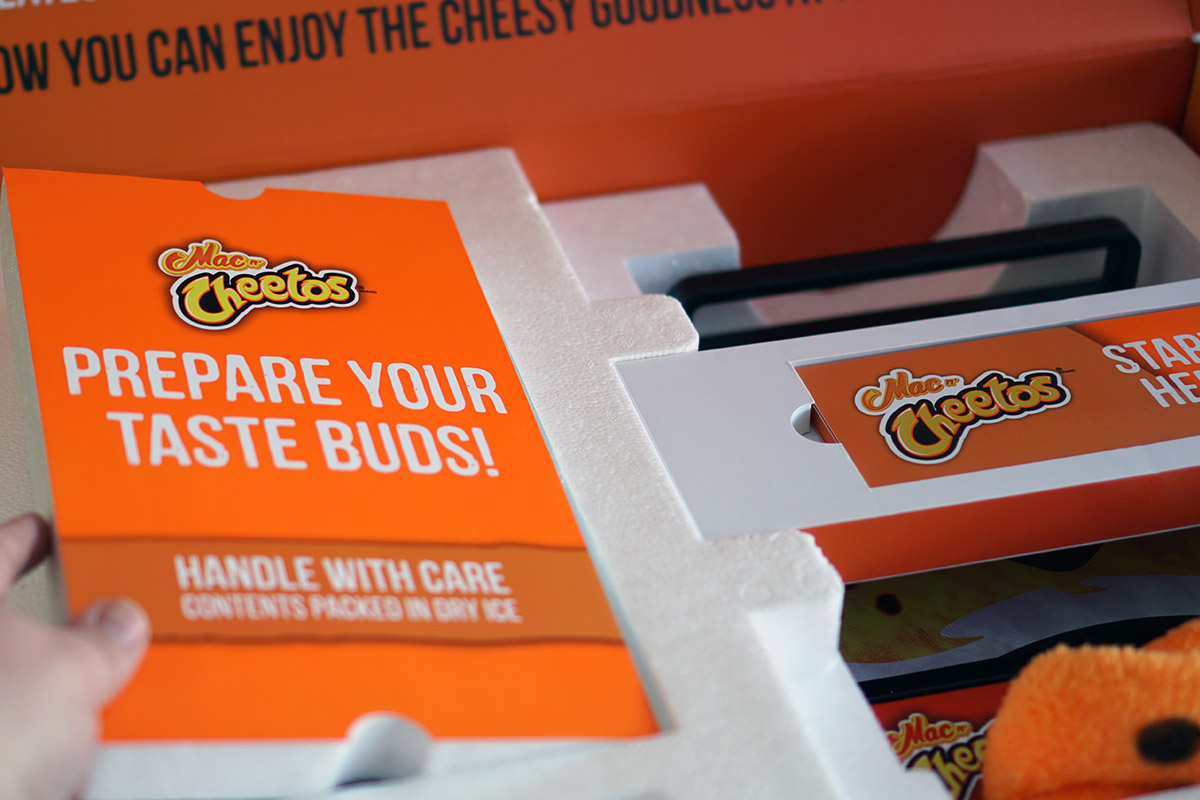 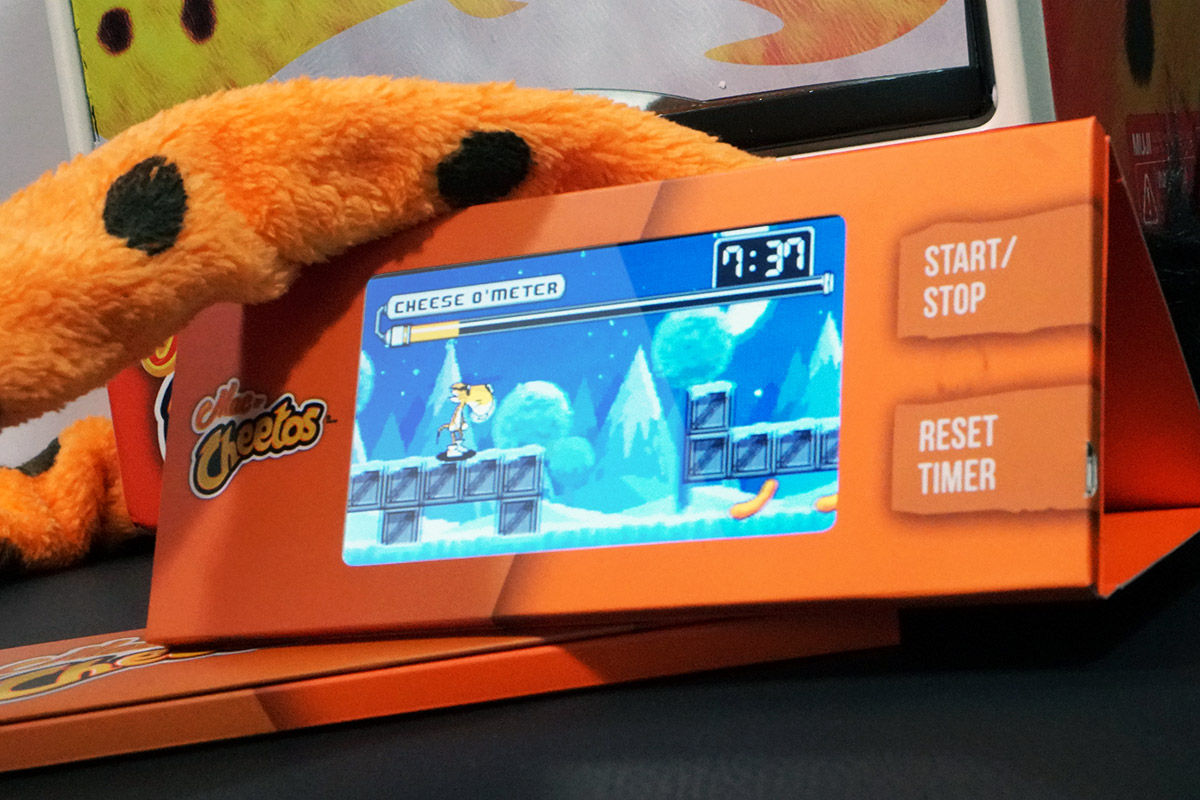 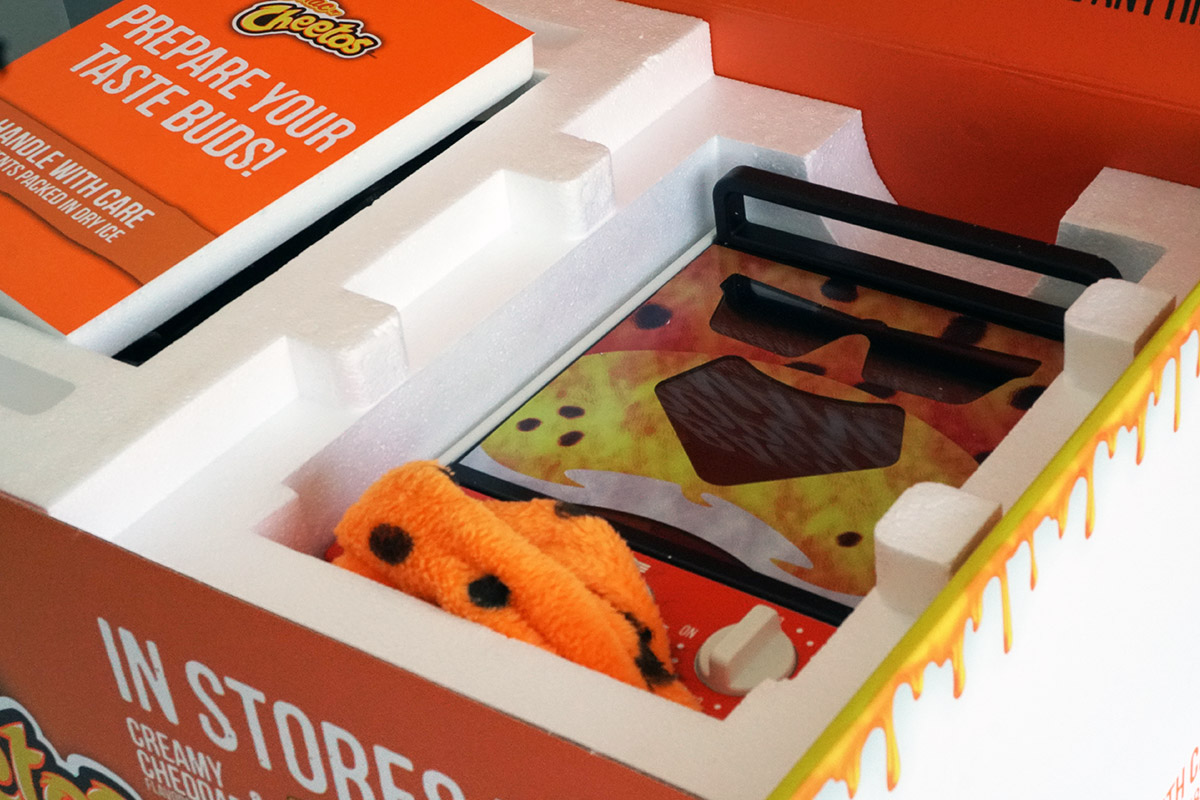 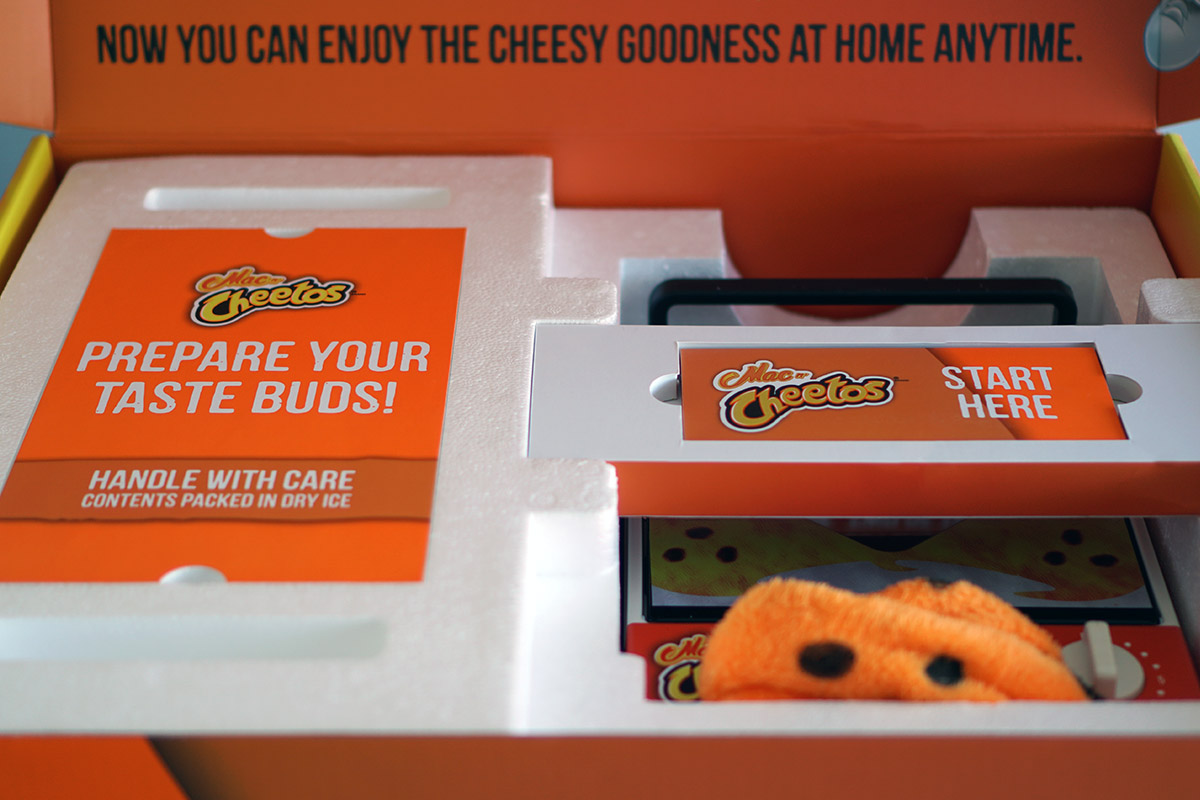 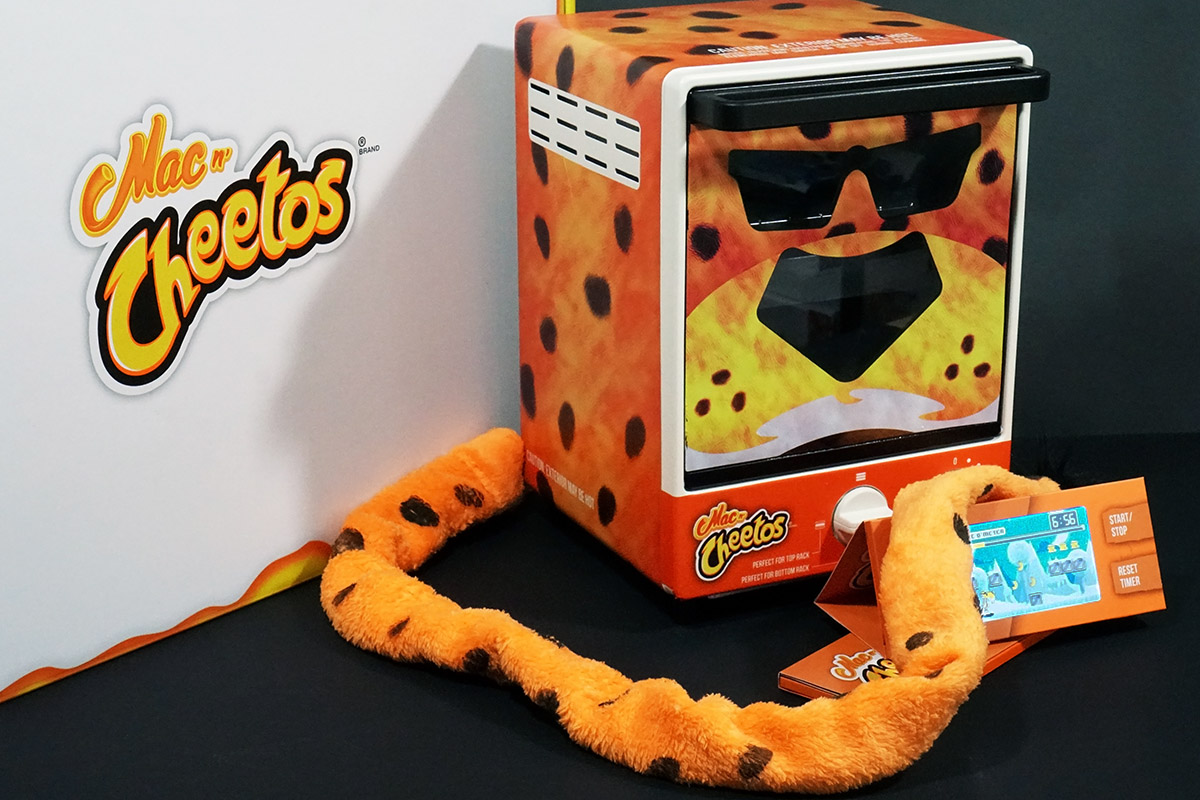 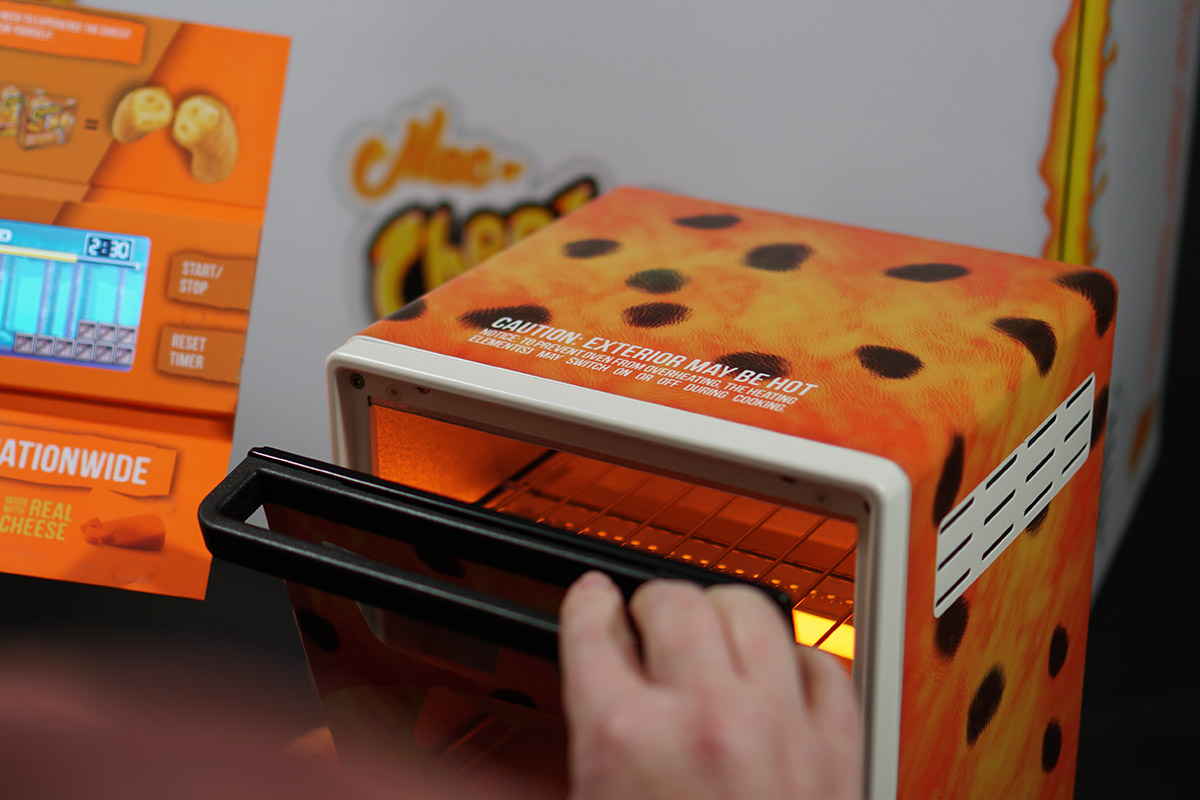