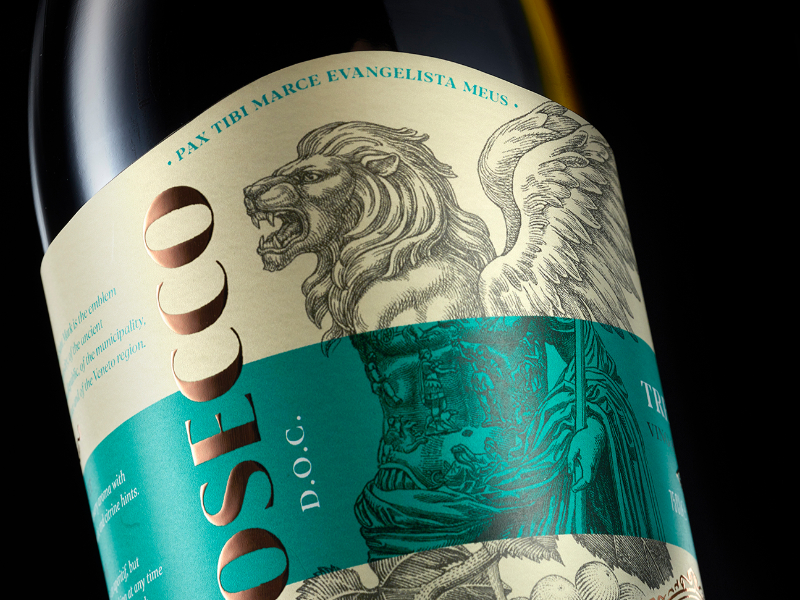 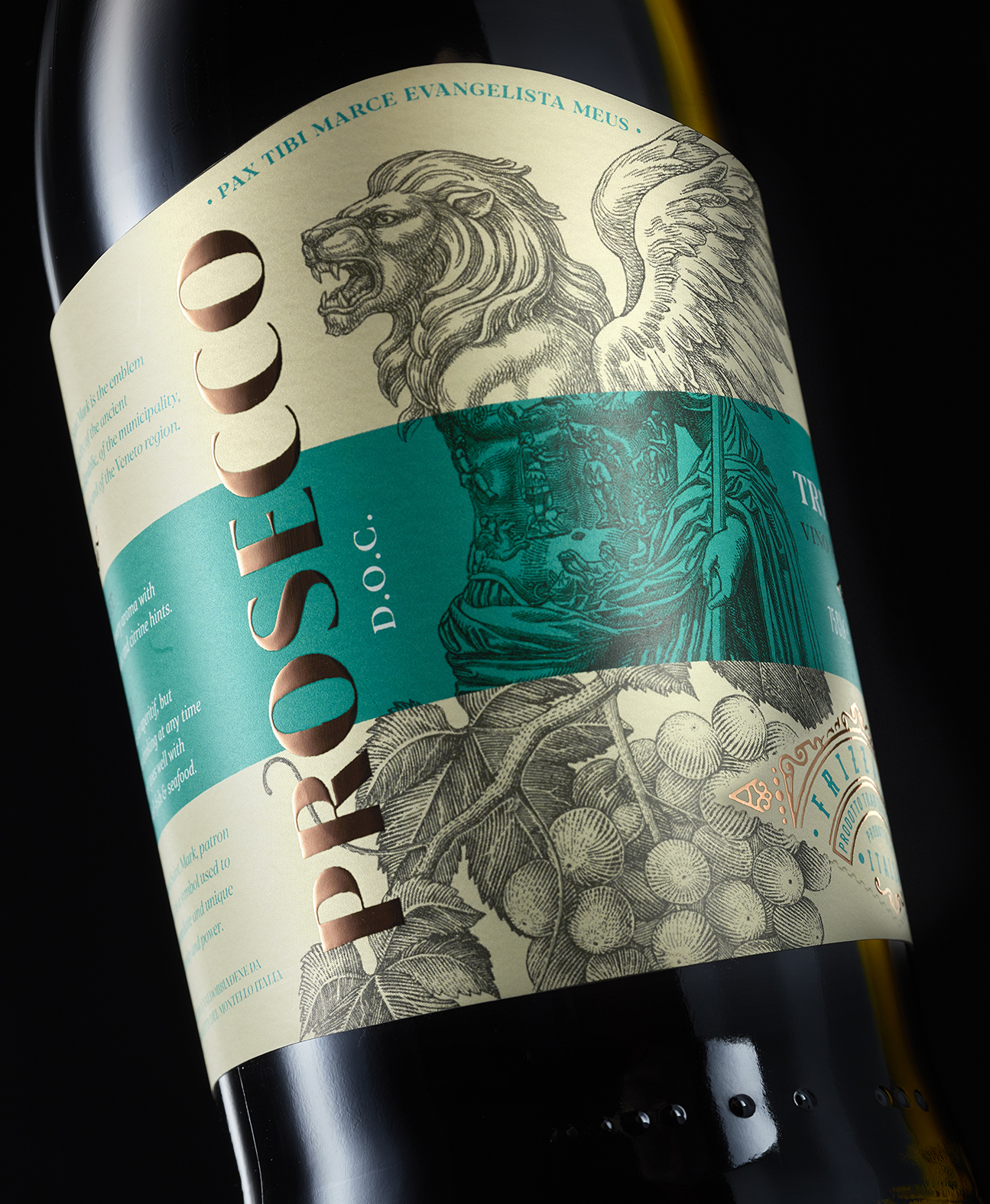 Viticulture in the hills between Conegliano and Valdobbiadene in the Veneto region, Italy dates back to ancient times, where the Prosecco vine was cultivated 200 years ago. The origins of this appellation of origin are somewhat of a mystery, but some claim it was in fact known as ‘Pucino’ as early as the time of the Roman Empire. Livia, the wife of Emperor August, claimed to have reached the venerable age of 86 years thanks to this “Pucino”. The depicted lion owes its existence to the time when European armorial art and heraldry arose. The Republic of Venice chose this “lion of Saint Mark”, the symbol of one of the city’s two patrons, as its emblem and heraldic animal. This Prosecco shows the perfect symbiosis between the lion, Emperor August and the grapes used. 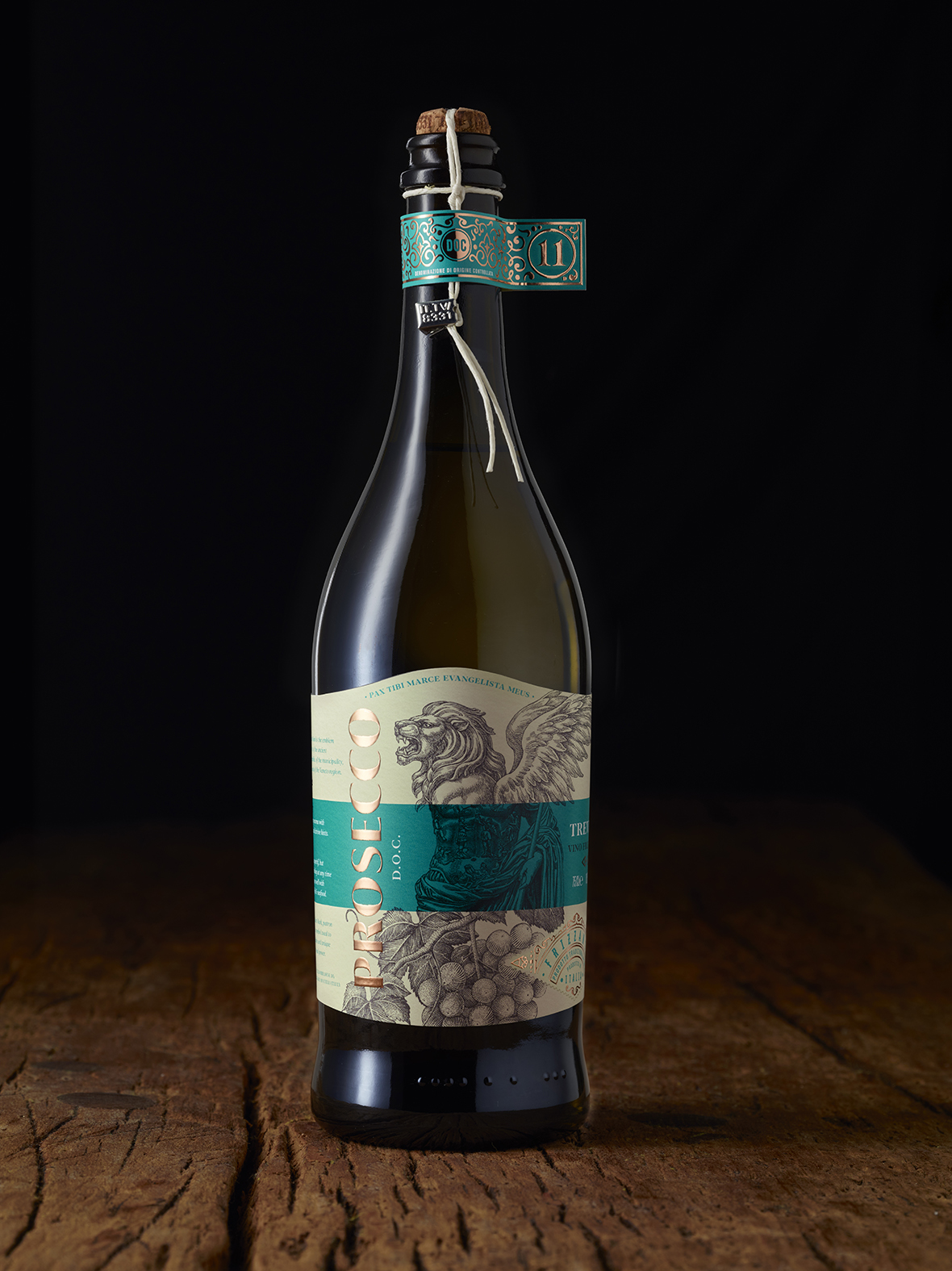 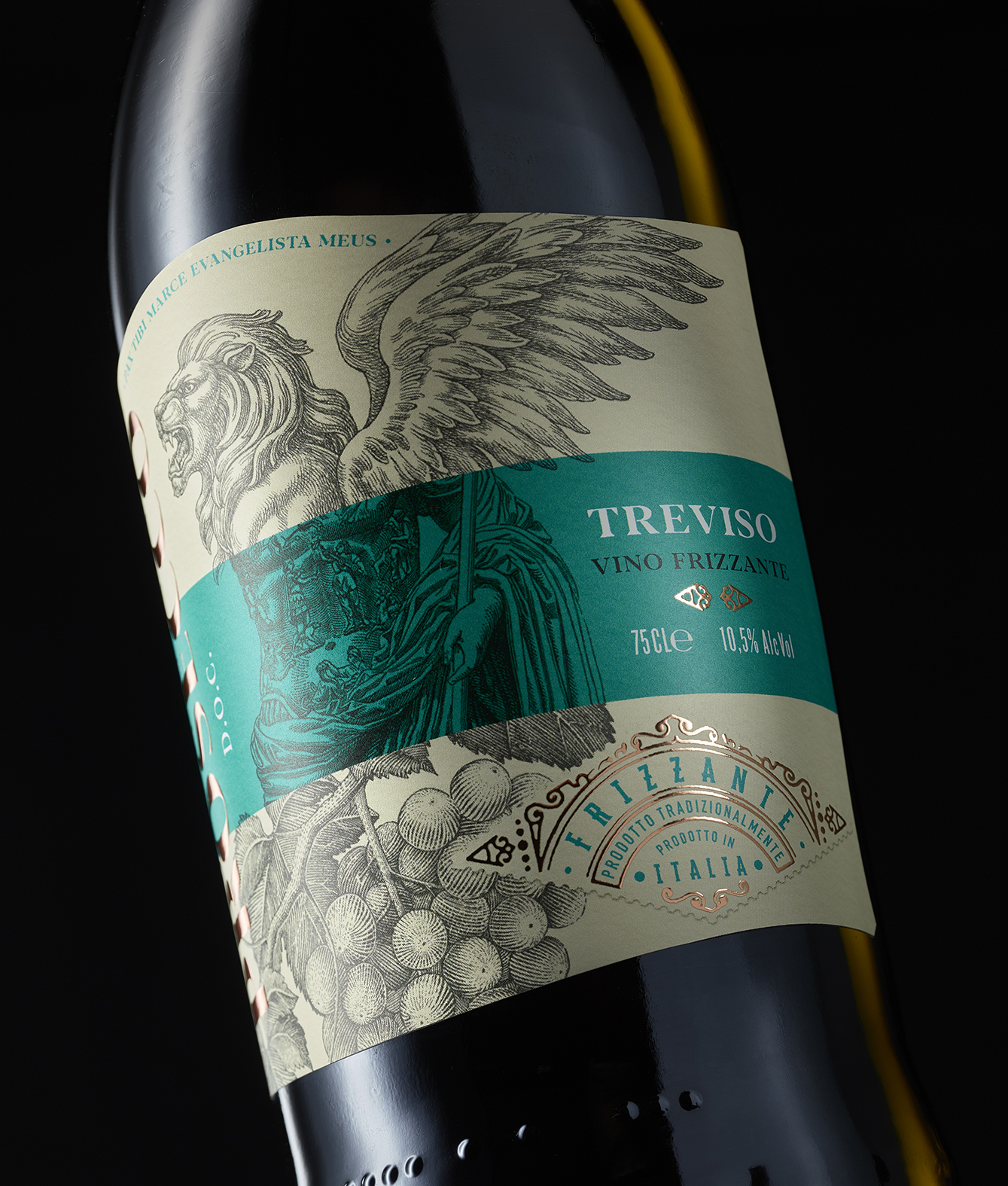 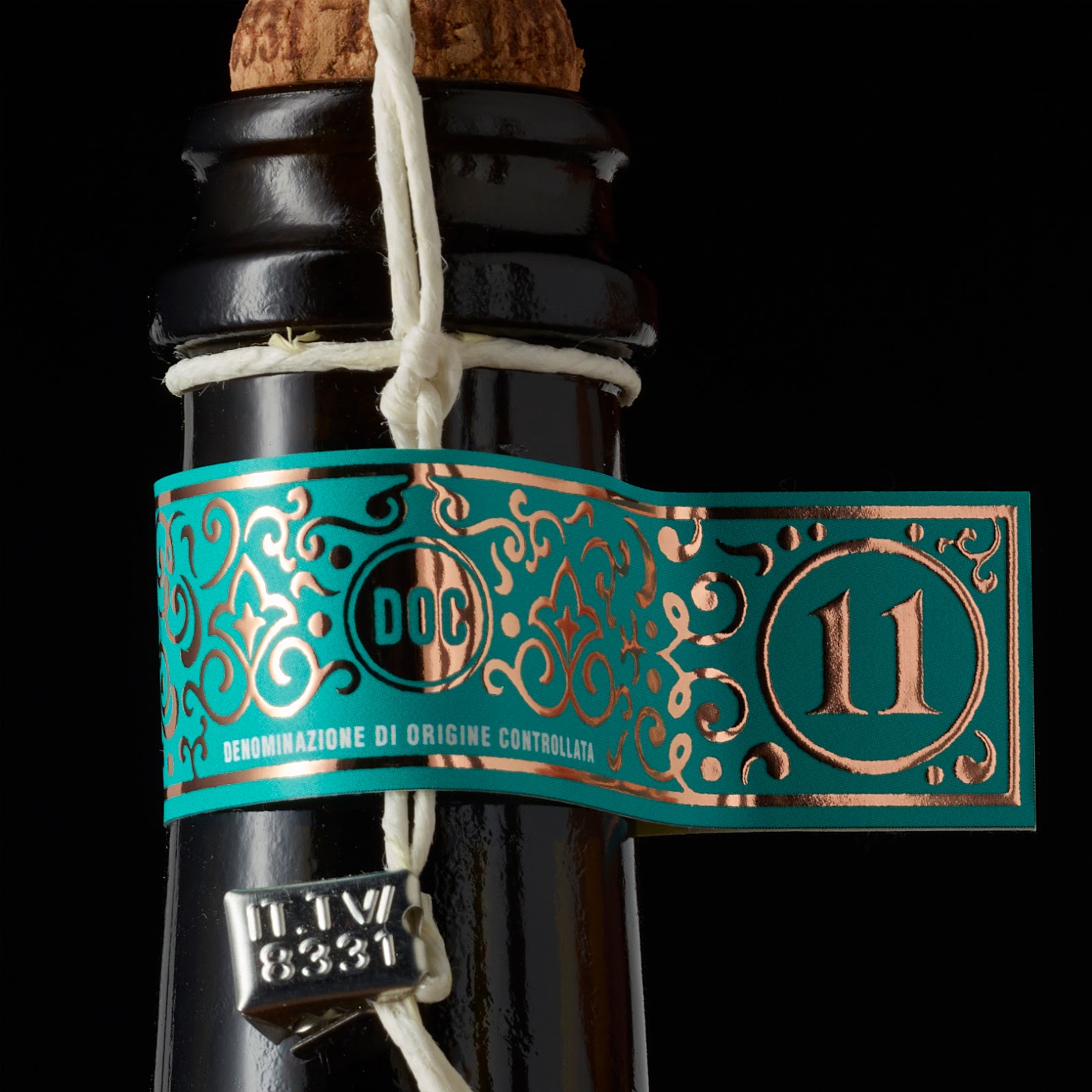