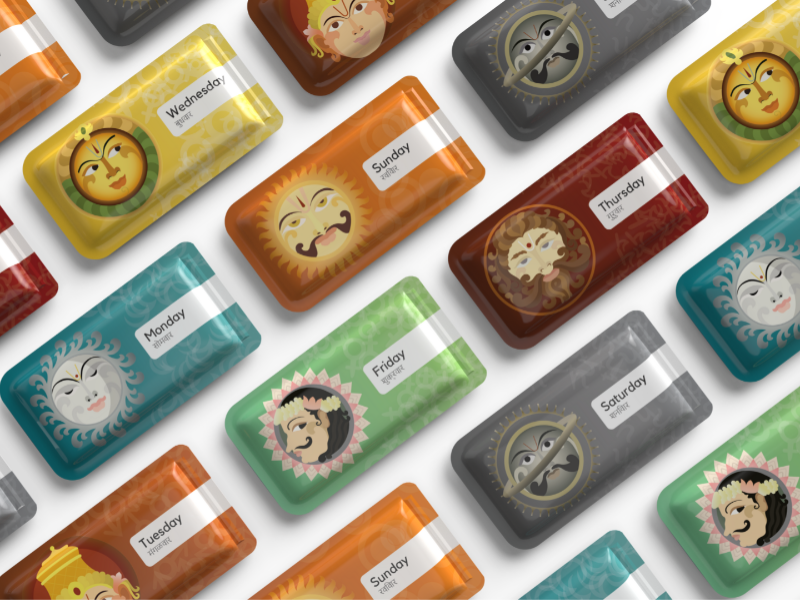 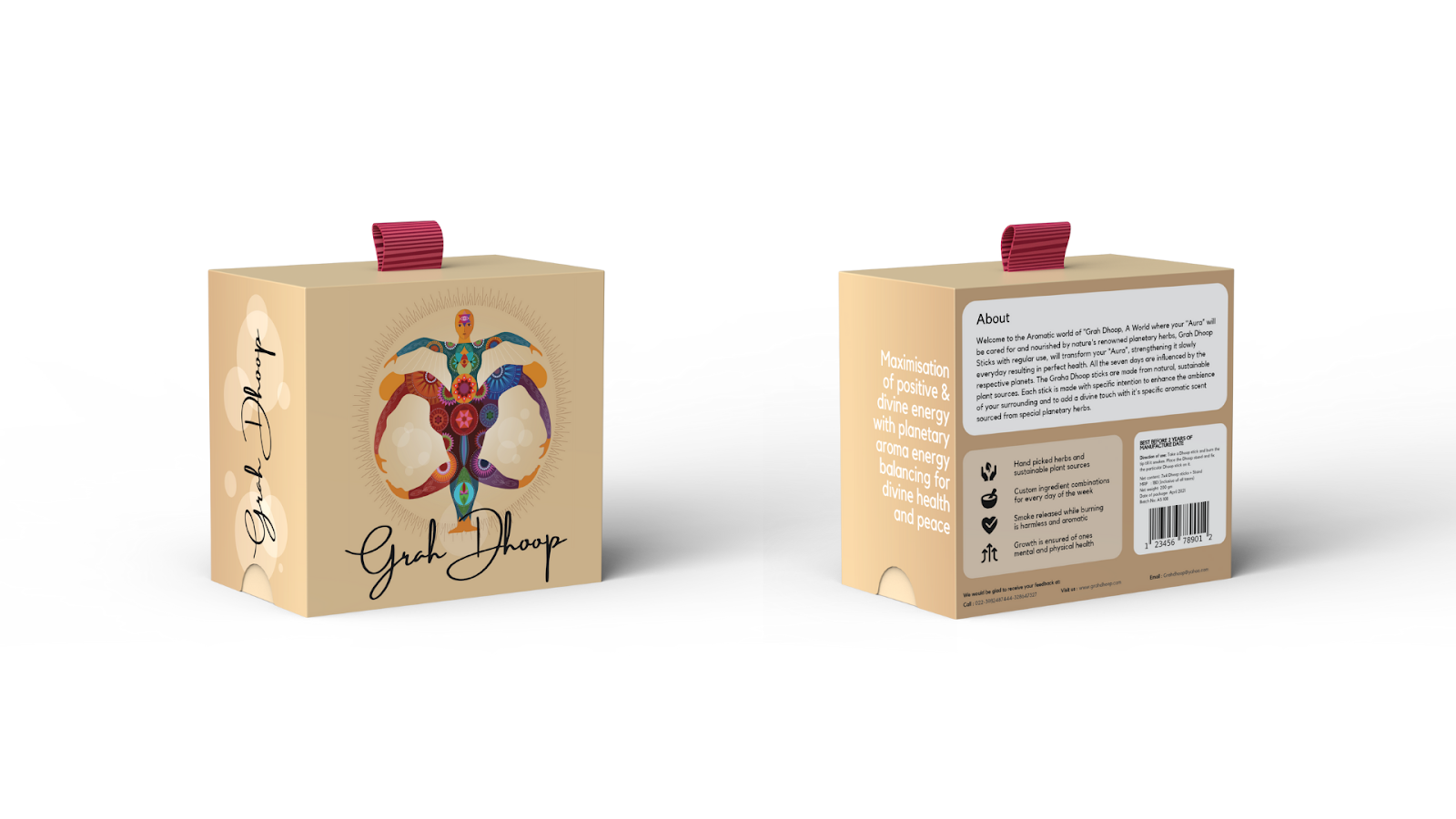 Grah Dhoop is a company that makes and sells Dhoops made up of sustainable materials like plant sources and various naturally found aromatics. We aimed to redesign the packaging of their products as users were facing a lot of problems.

The package consists of a top flap box which had 8 smaller boxes in it. Each smaller box contains 4 dhoop sticks so one box lasts one month. Seven of those boxes contain dhoops for each day of the week and one contains a Dhoop stand.

Design brief
To redesign a package that is easy to use with secure compartments for dhoops, easier task flow, and making sure there is as little as possible wastage generated.

After brainstorming we came up with 3 concepts out of which we finalized one and detailed it out. We tried to solve issues by making the workflow easier, Included finger slots, provided clearly visible headers, and improve graphics by incorporating illustrations.

What’s Unique?
The previous package lacked in various areas. By redesigning it, we also improved the cluttered workflow, improved its graphic style by creating individual illustrations, improved how the information is presented and added character to each packet so it makes them unique. 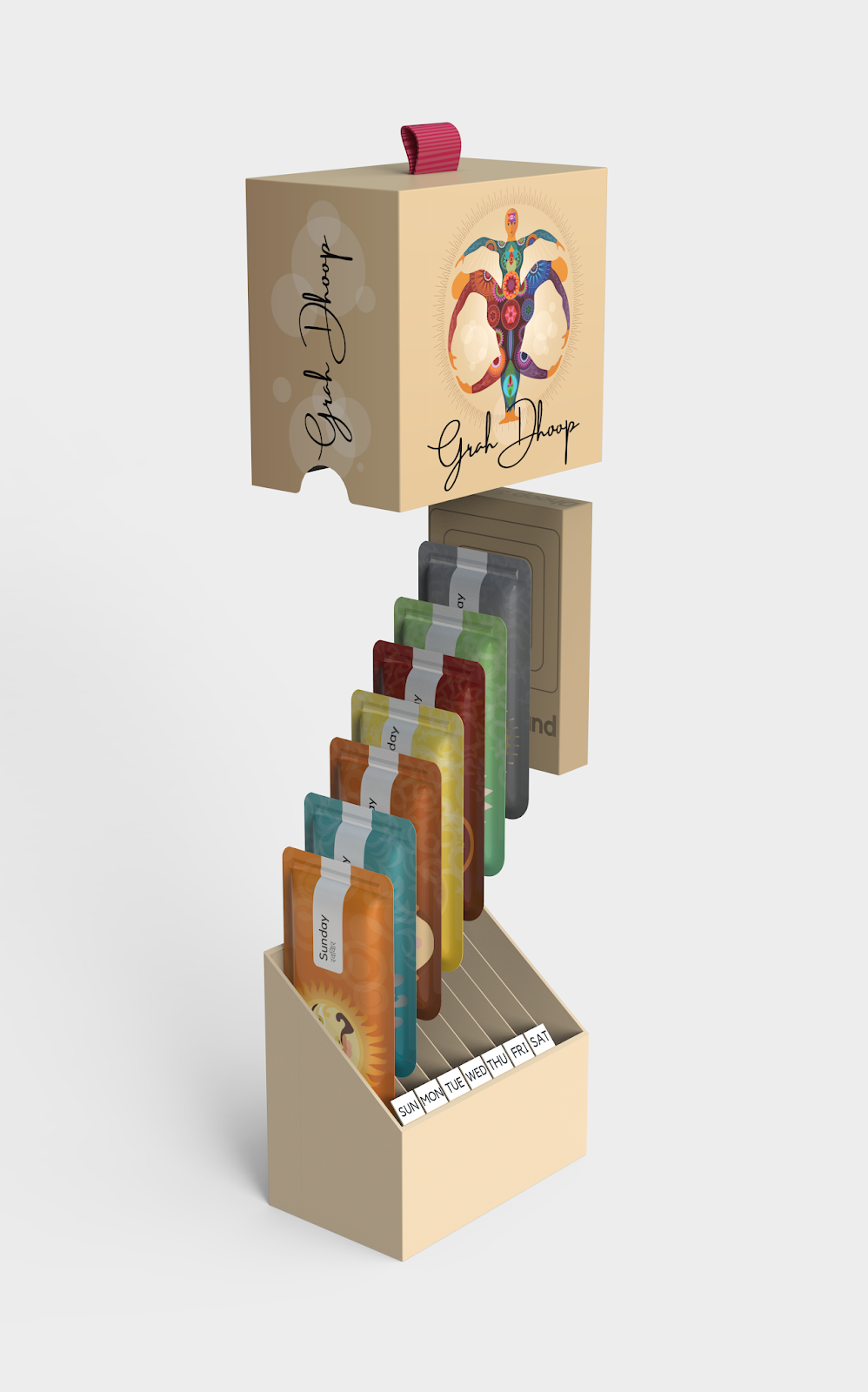 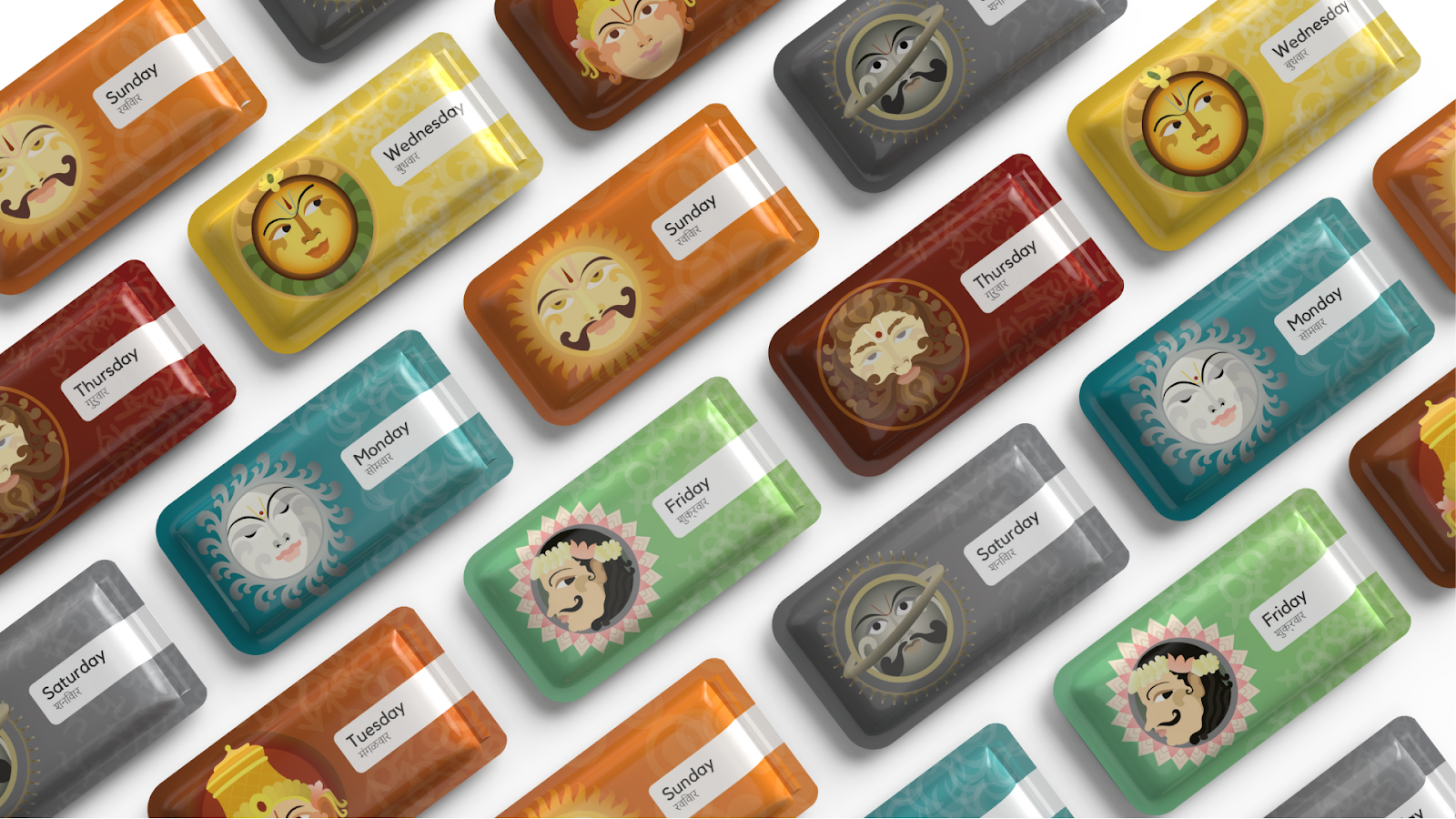