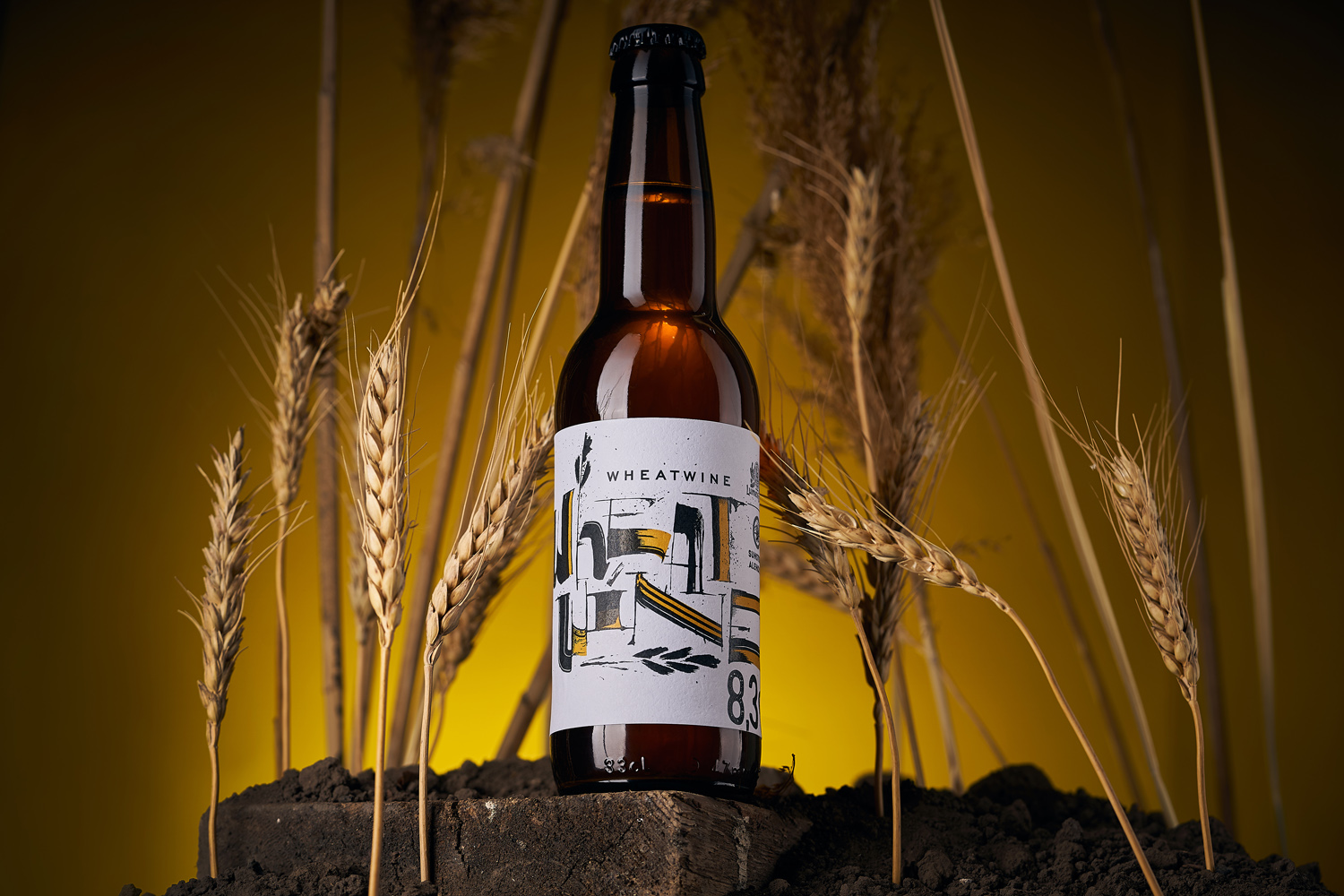 The world of craft brewing is widely known for its spirit of interaction and collaboration. Friendly visits, collaboration beers, contract brewing, unique and single batches of beer are all fairly common occurrences, which make this industry very distinctive and dynamic. And although in the Moldovan beer industry such things do not happen so often, creative interactions and experimental solutions also take place from time to time. One such endeavor was the collaboration between Lumen Craft Brewery and contract brewer Sunstone Alehouse, which resulted in the brewing of the first wheatwine-style beer in Moldova. Obviously, this experimental beer needed a label design, and our studio has provided it.

The packaging design of craft beer Wheat Wine by Lumen Craft and Sunstone Alehouse is based primarily on the original spelling of the name of the beer itself. For this, an original calligraphic tool was used, with which the art director of the studio, Alexander Kodymsky, achieved the effect of smoothness and flow in the letters. This effect perfectly epitomizes the drink itself, which is a denser and stronger version of the classic wheat beer. The use of special wine paper and subtle color accents give the design a certain texture and sophistication that emphasize the unique and experimental character of the product. 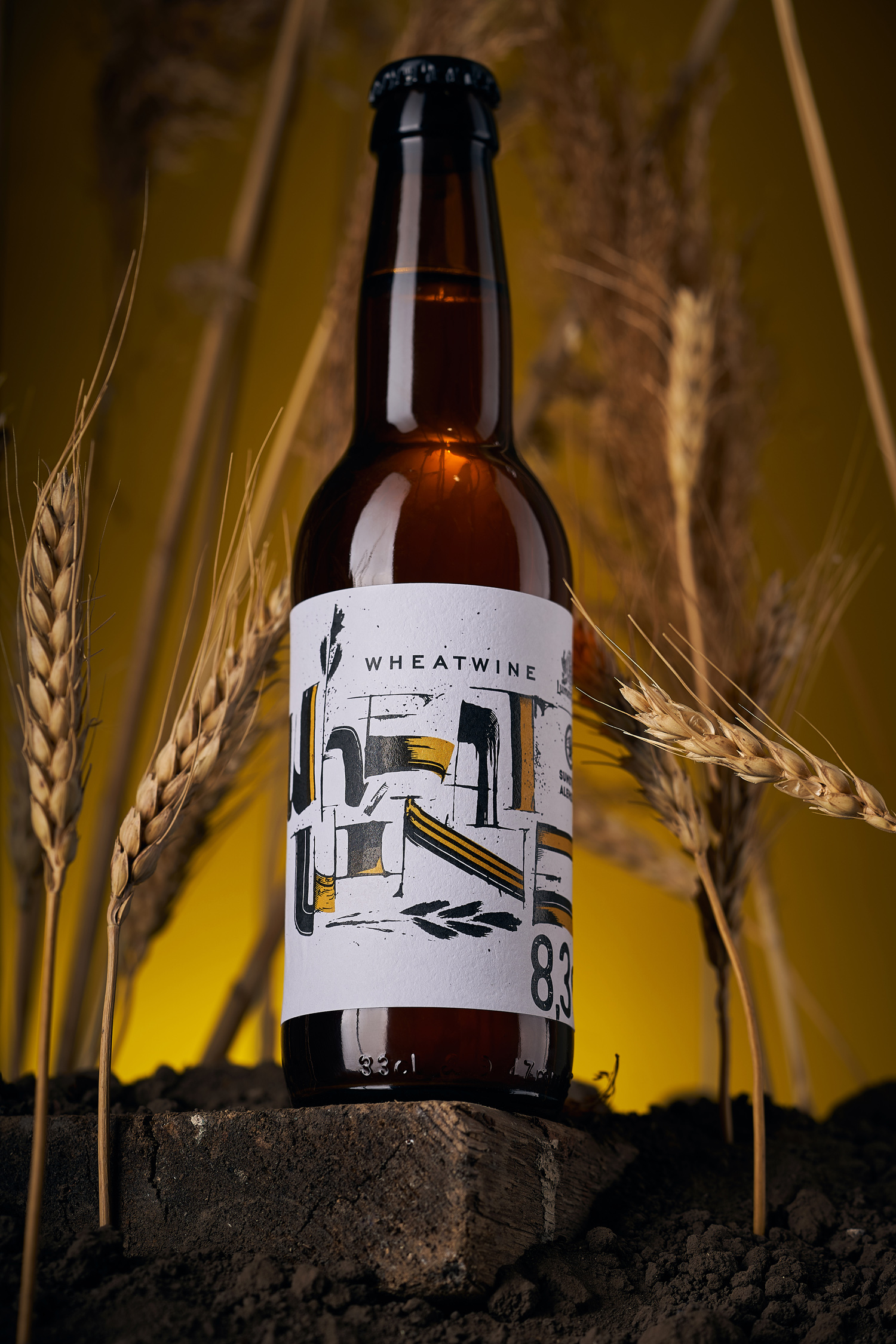 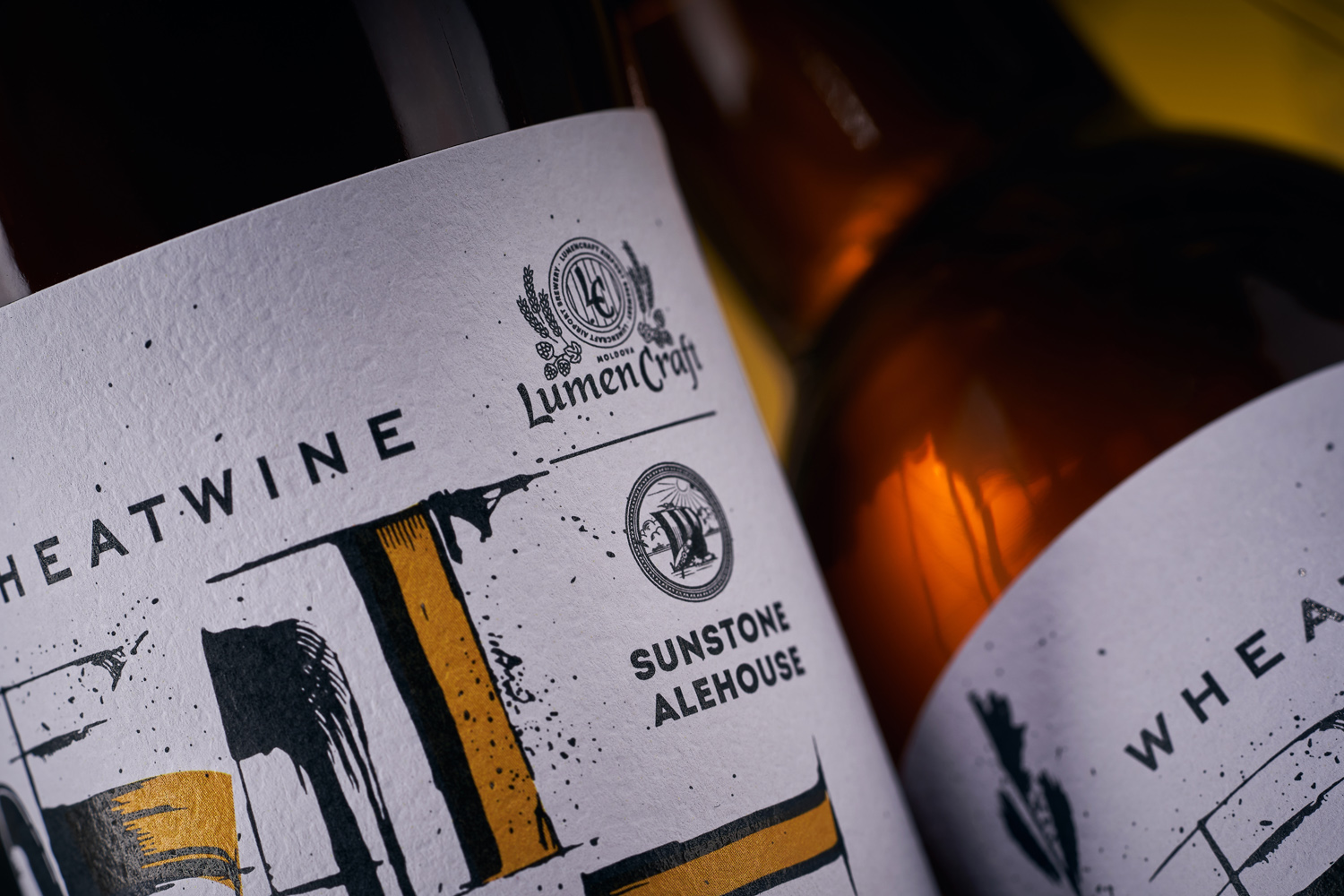 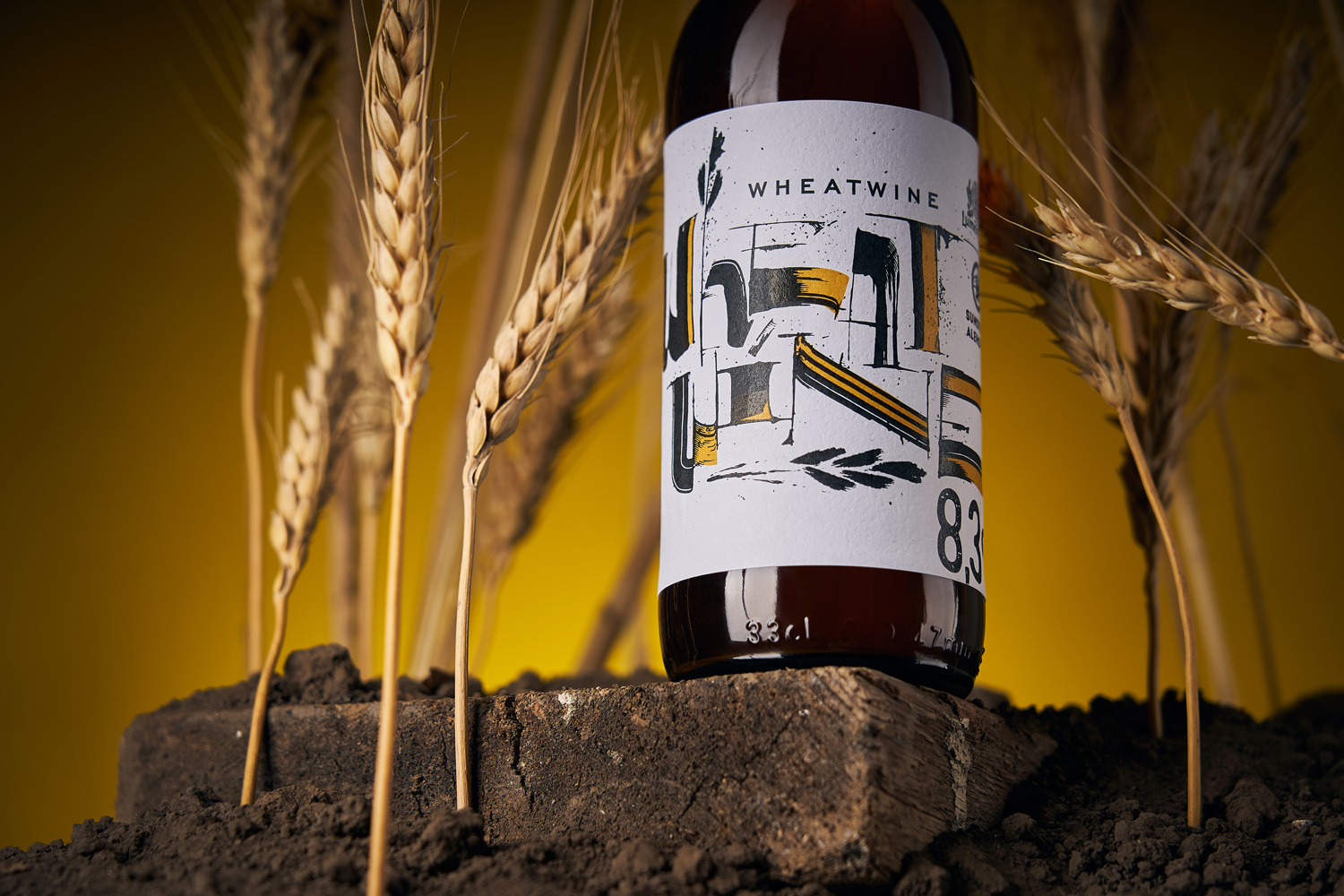 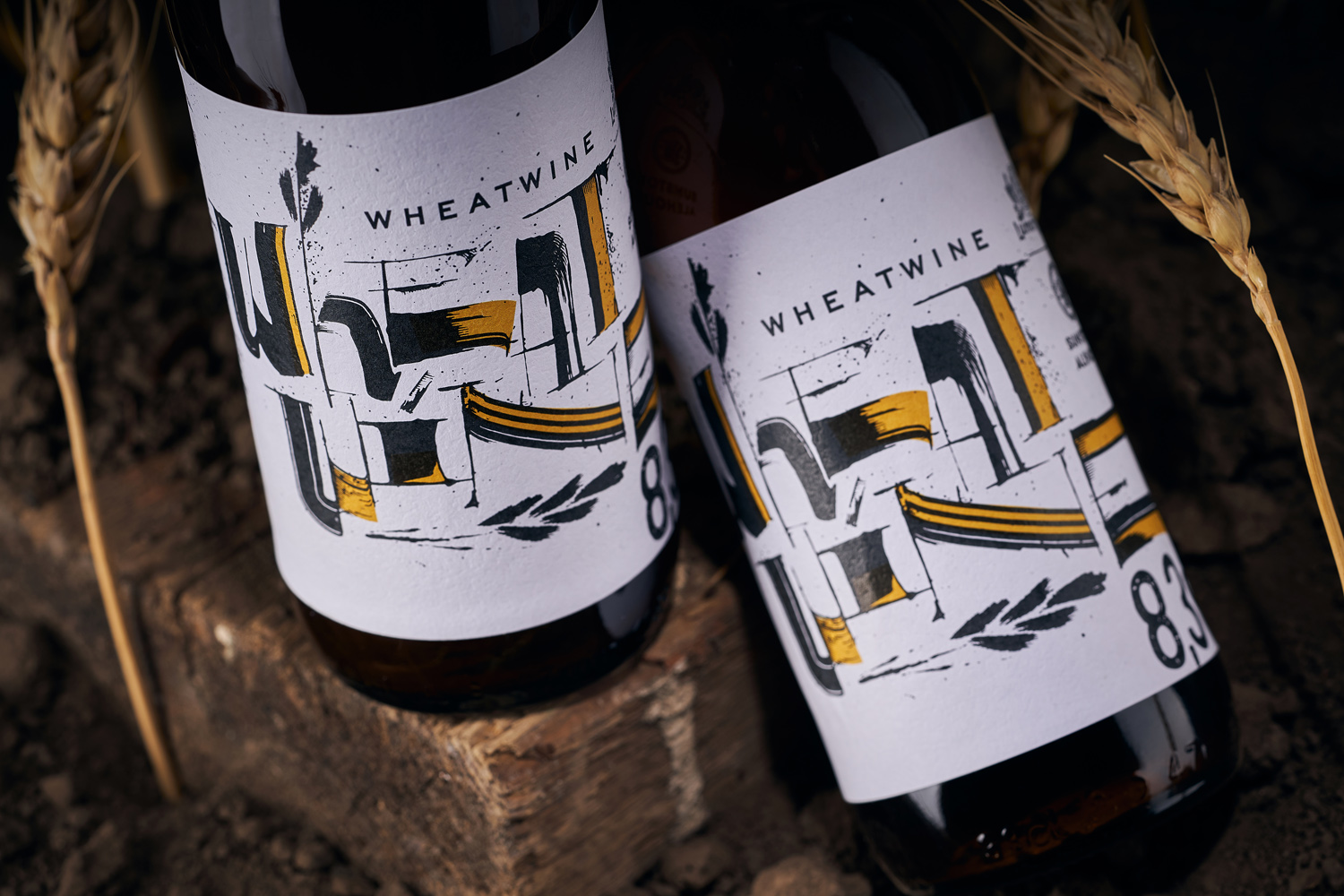 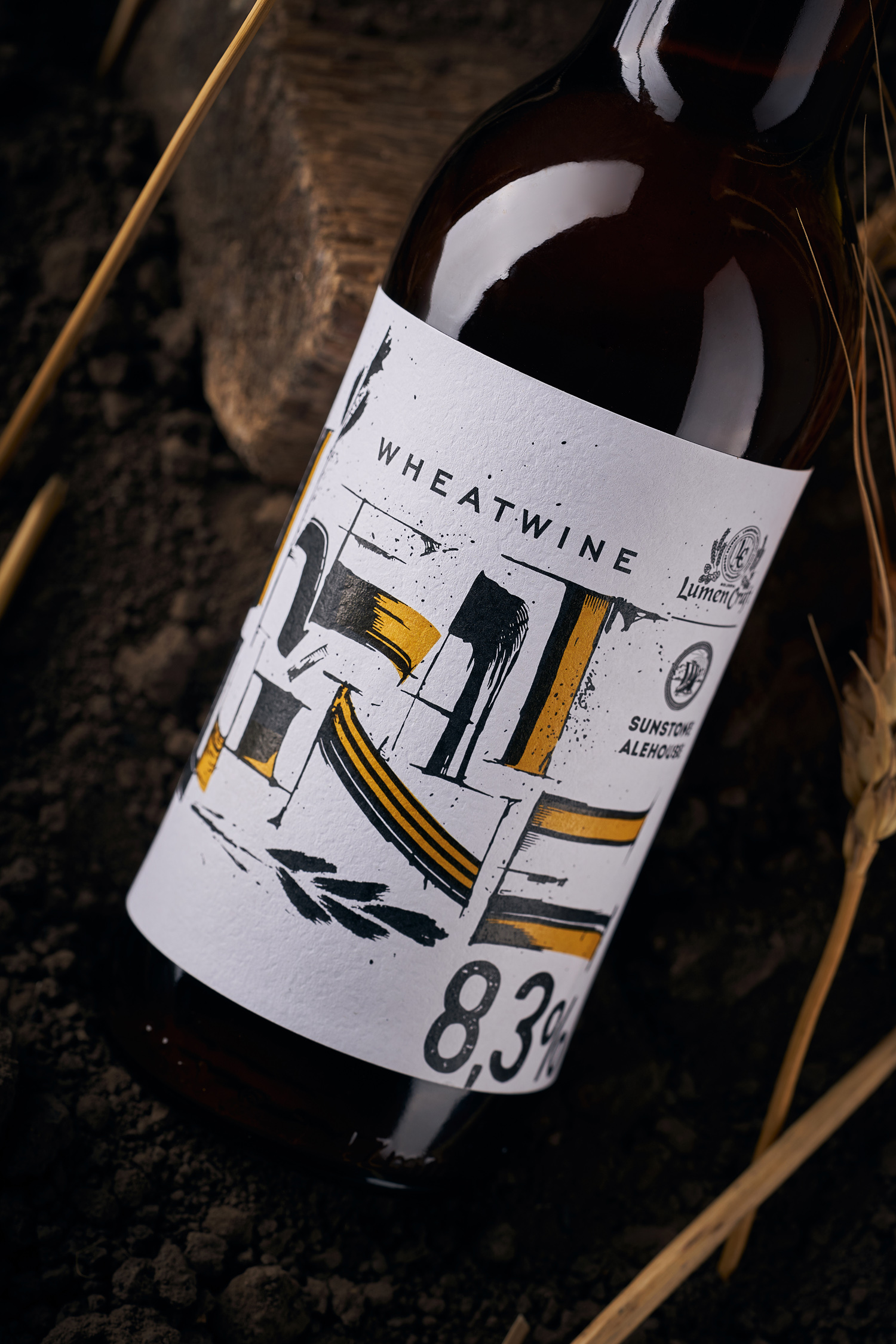 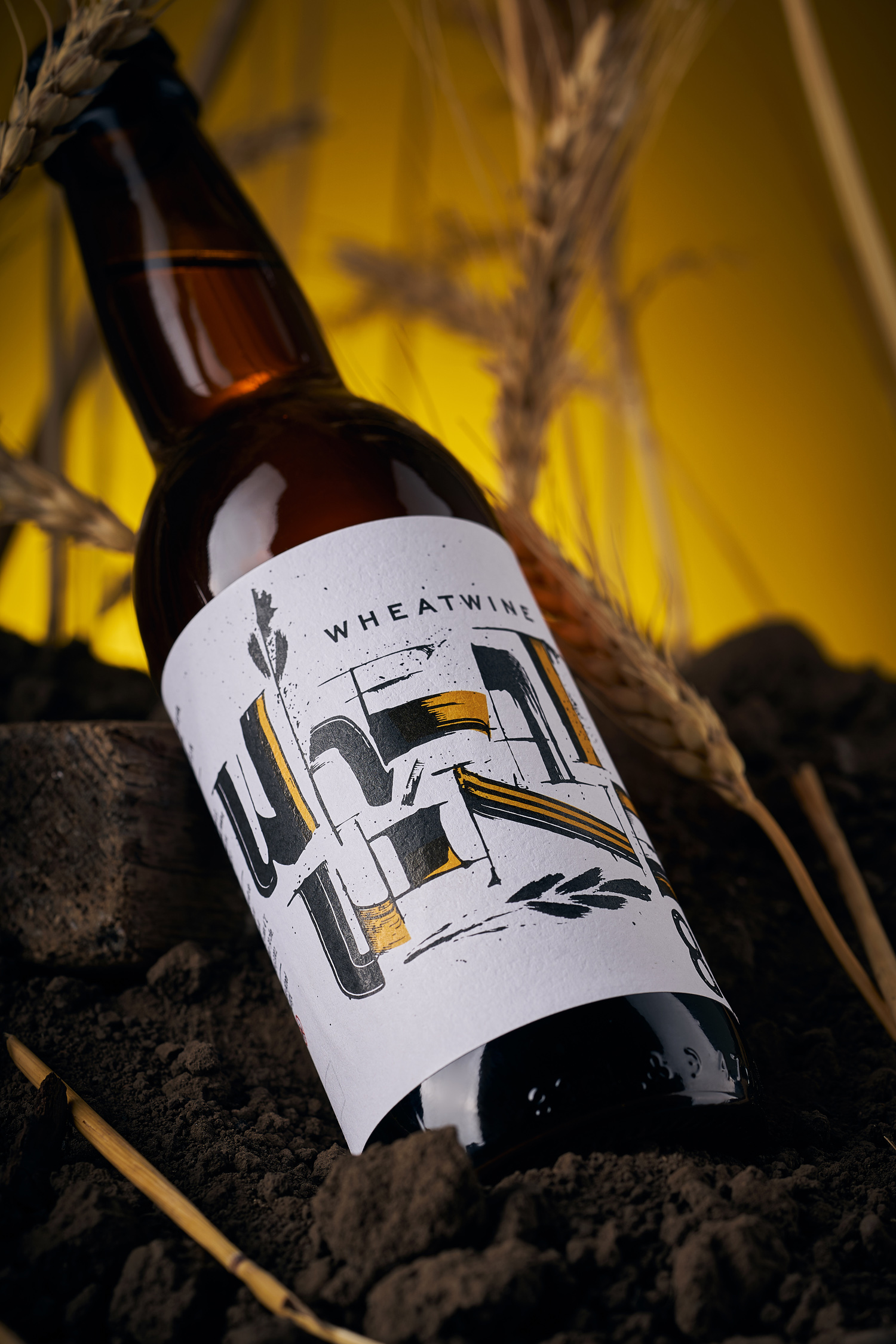