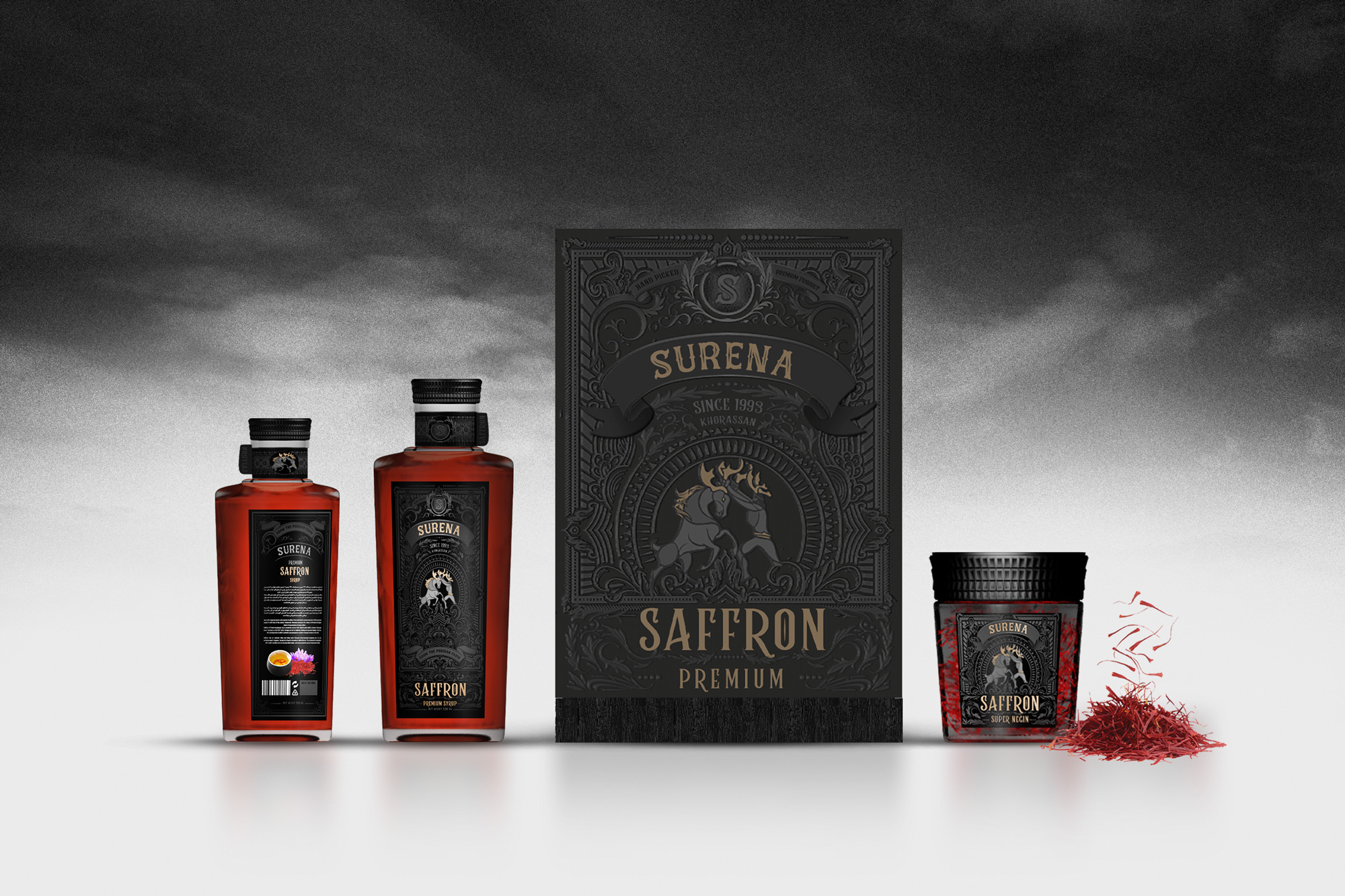 Iranian saffron or red gold is an expensive spice that is widely used in Iran and other parts of the world.

Iranian saffron or saffron is a high-priced spice that has many uses. Saffron, which is used as a spice in cooking. Crimson stigma and cream color of saffron flowers are collected and after drying, it is used for seasoning and coloring foods. Saffron is known as the most expensive spice in the world in terms of weight.

Brand description
Sorena (Soren Pahlo) is one of the great and famous commanders of history in the Parthian period who, despite his short life, has a special reputation among the ancient people and is of Iranian origin.

Also, some people consider Sorena to be the same Rostam that is mentioned in Shahnameh. For this reason, the basis of our ideation and design is based on the war in Shahnameh.

Ideation
Due to the relationship between the brand name and the originality of the product (Iranian saffron), the use of Shahnameh scenes was the priority of the designers of Metis Studio. The idea of ​​taking Shahnameh wars reduced the design radius a little, and for this reason, the initial sketches were entirely related to the wars of the Rostam era. From these sketches, we chose the most minimal idea, and after combining it with the original elements. Iranian (horse and Sorena character) we turned it into digital. Then, using the old design technique, we finalized the original design of the label and the box.

Also, the use of gold and black colors due to the luxury of the product and its distinction between other products and competitors, was the strong point of this project, which made it possible for us to have luxurious, modern and original products. 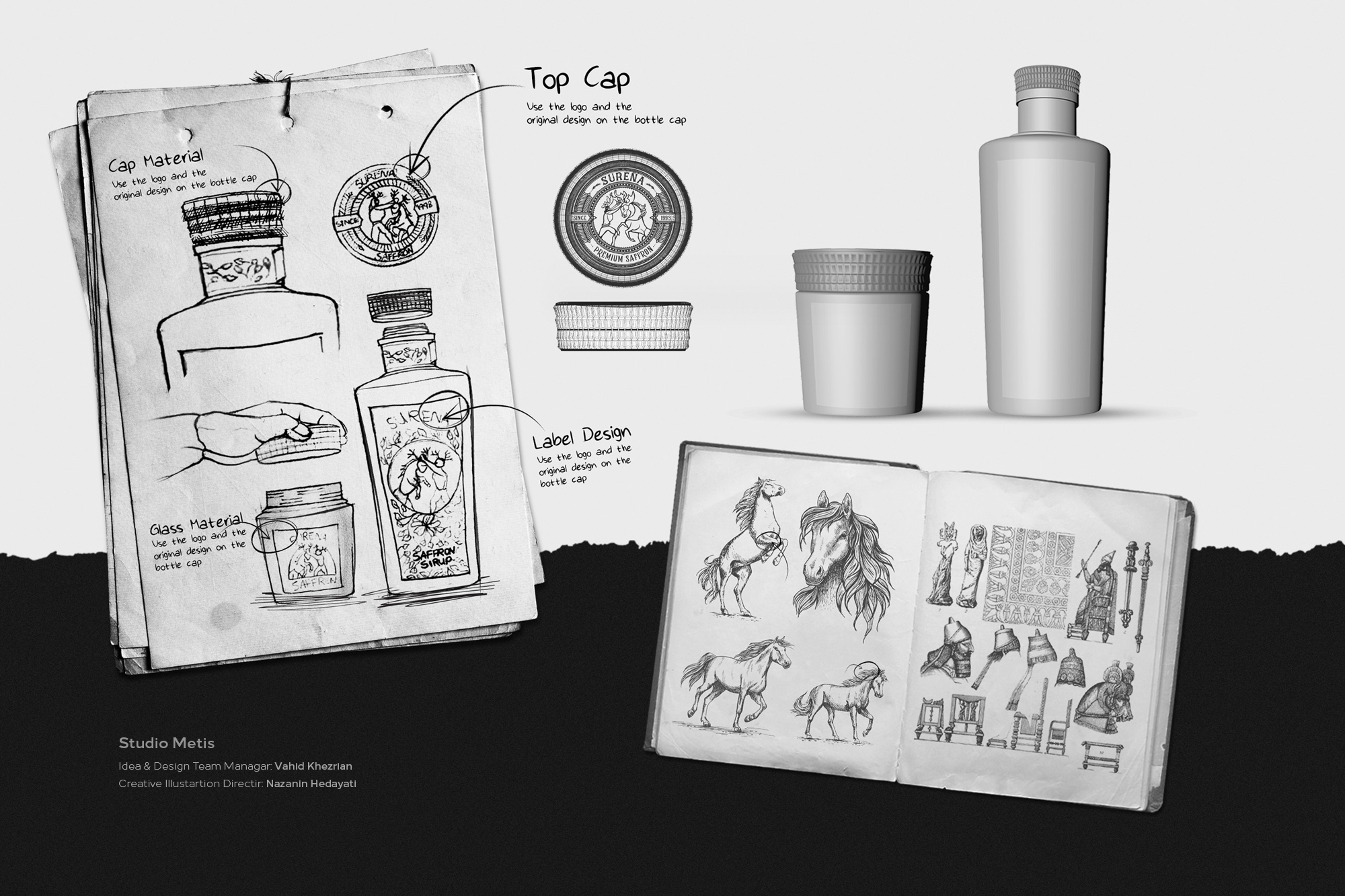 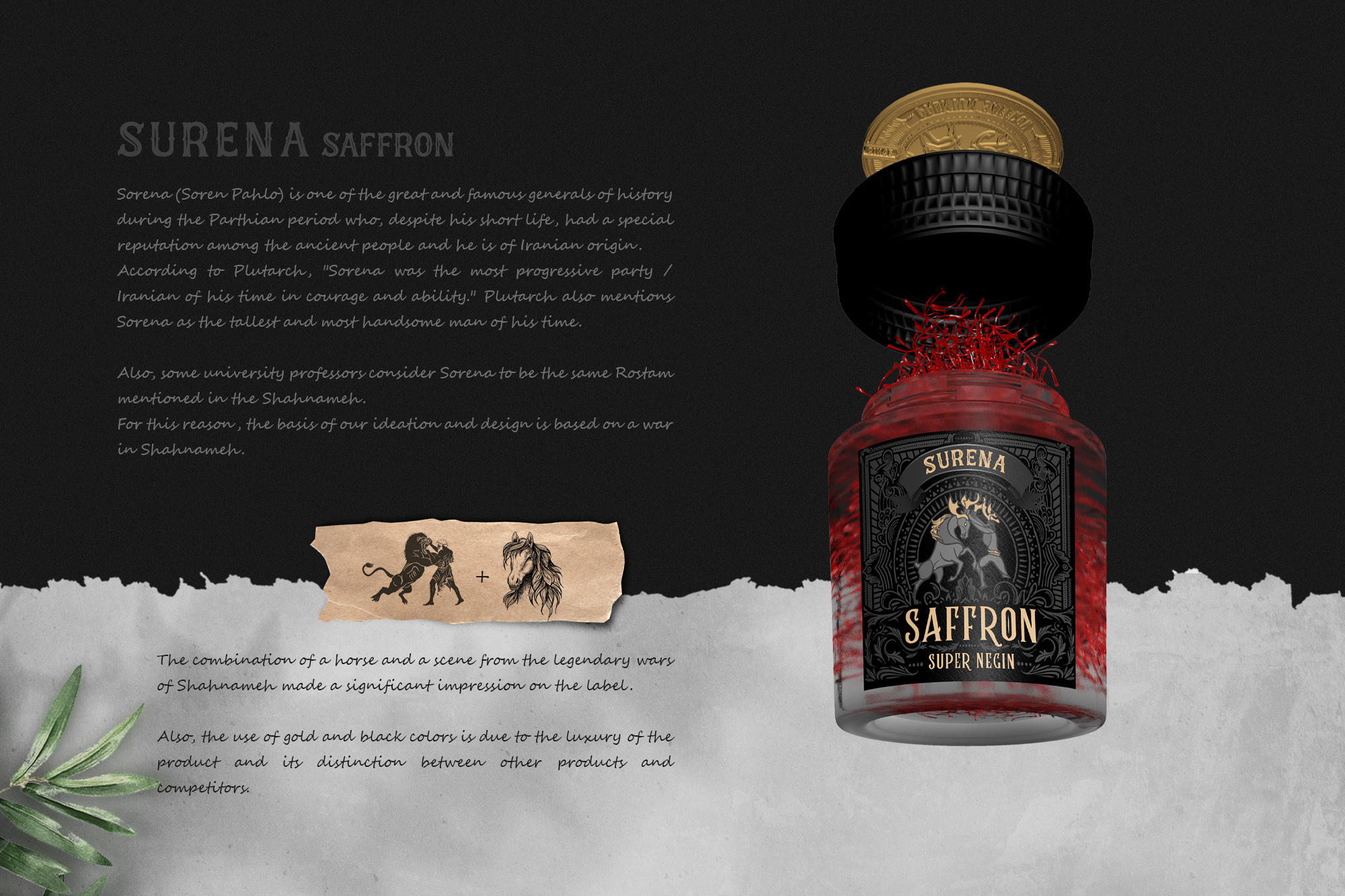 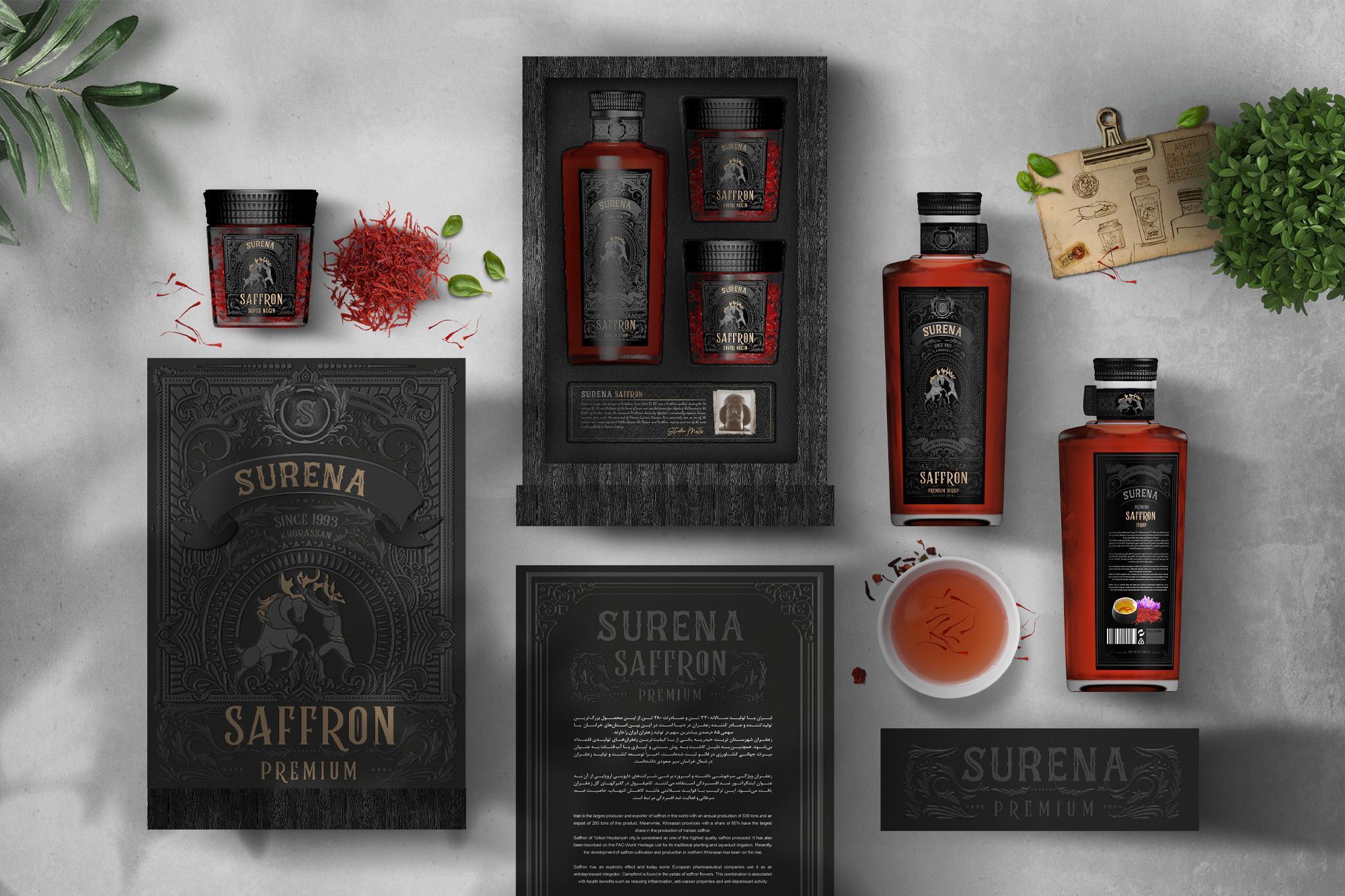 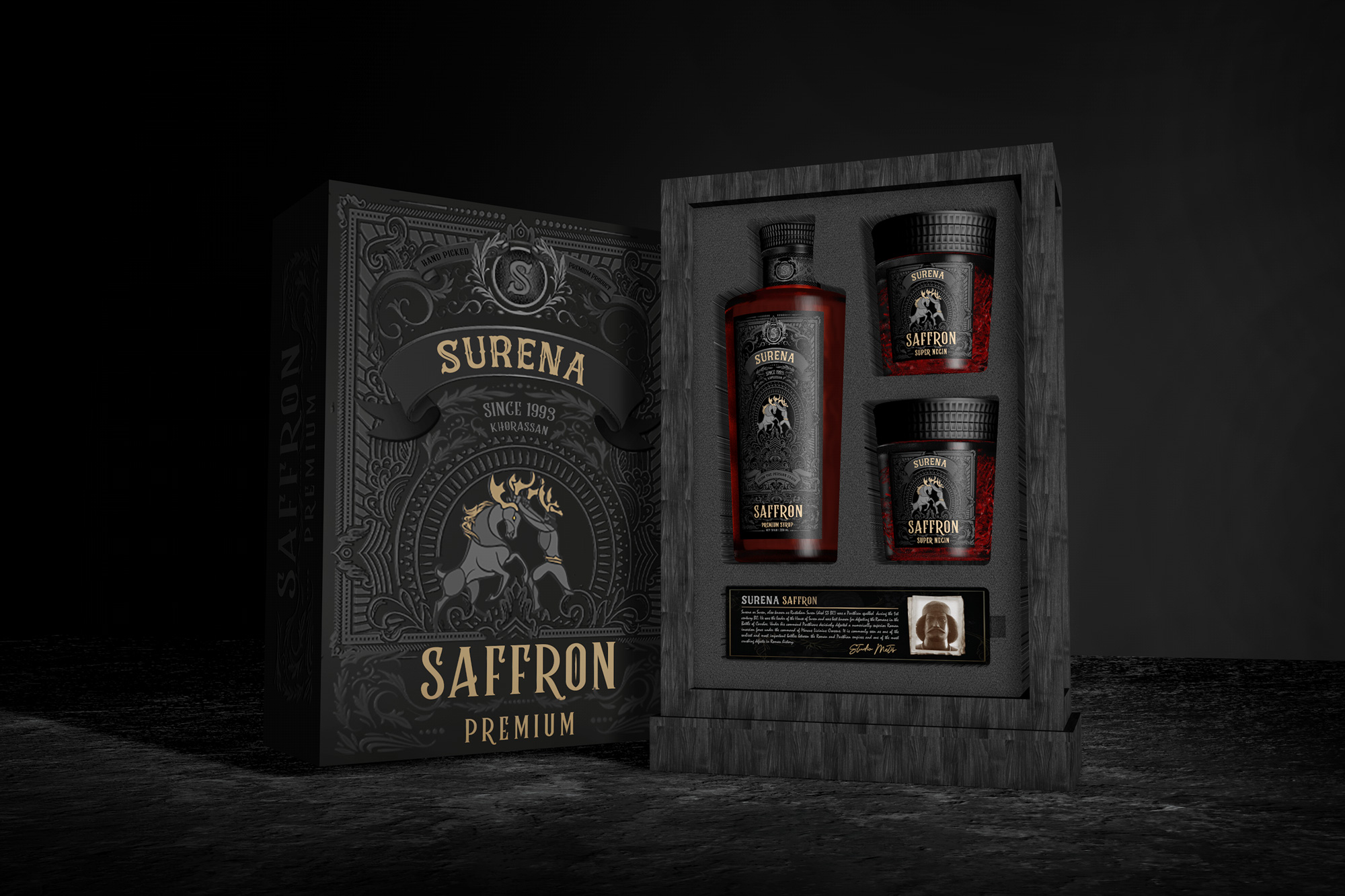 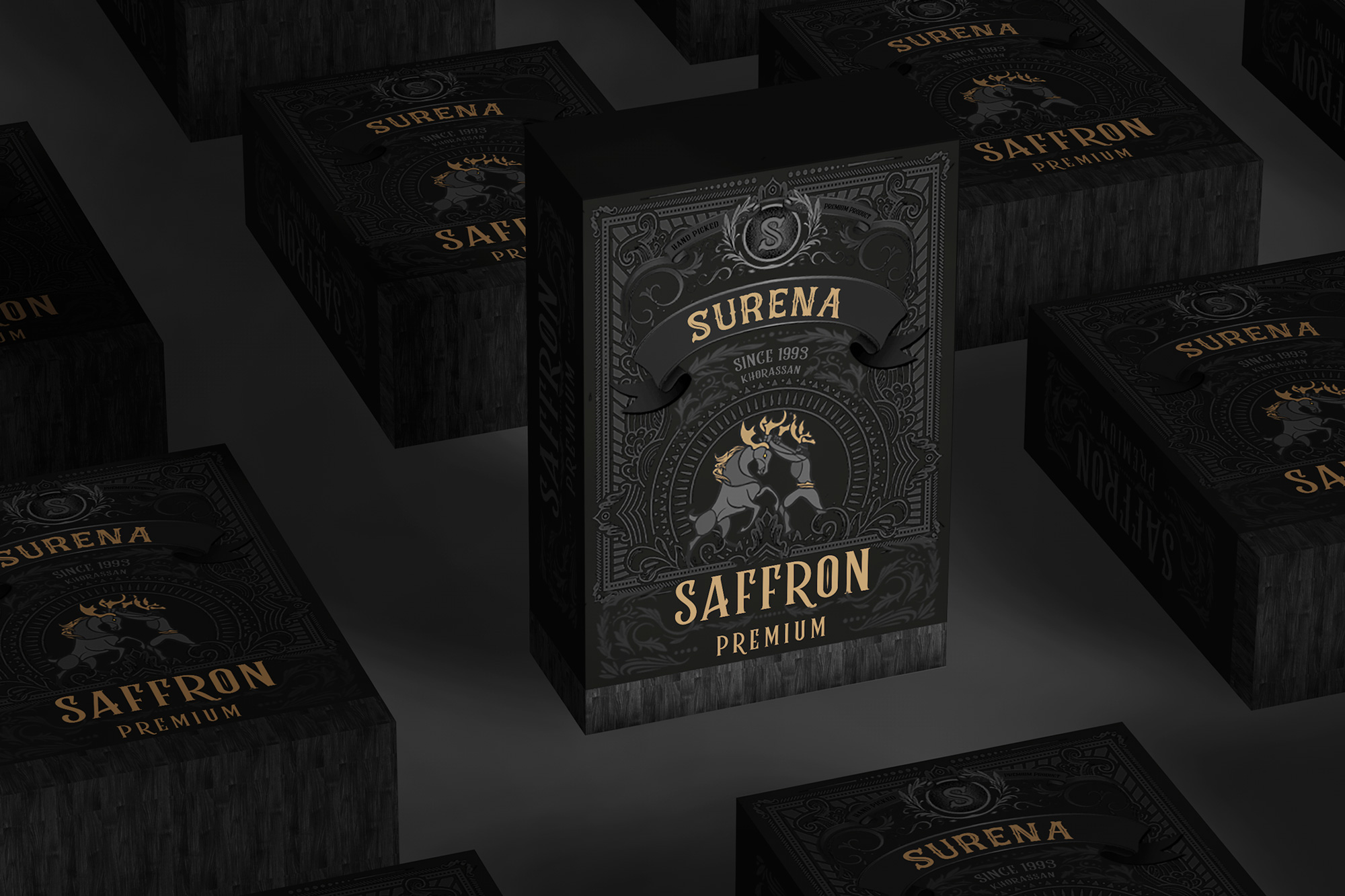 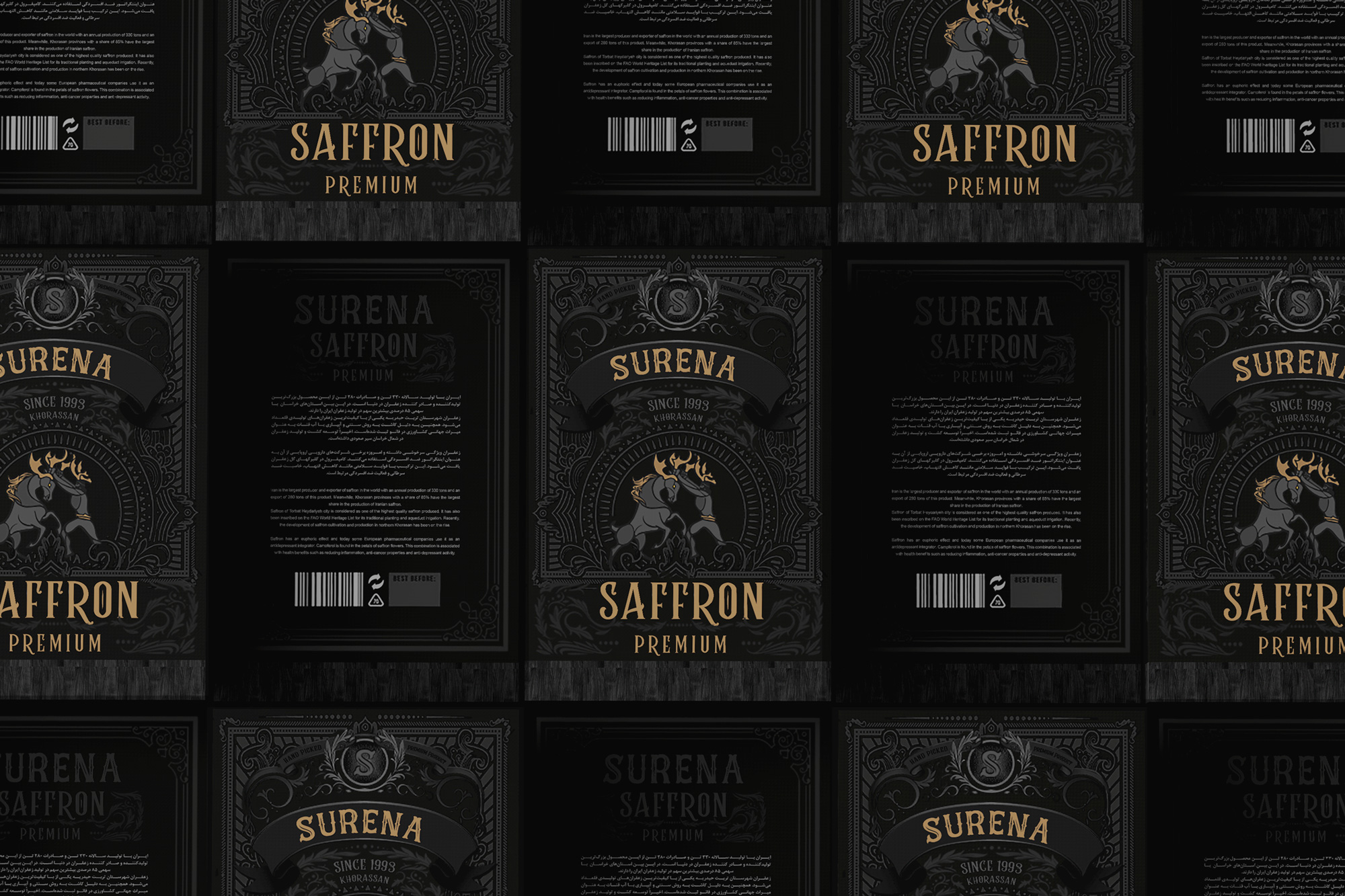 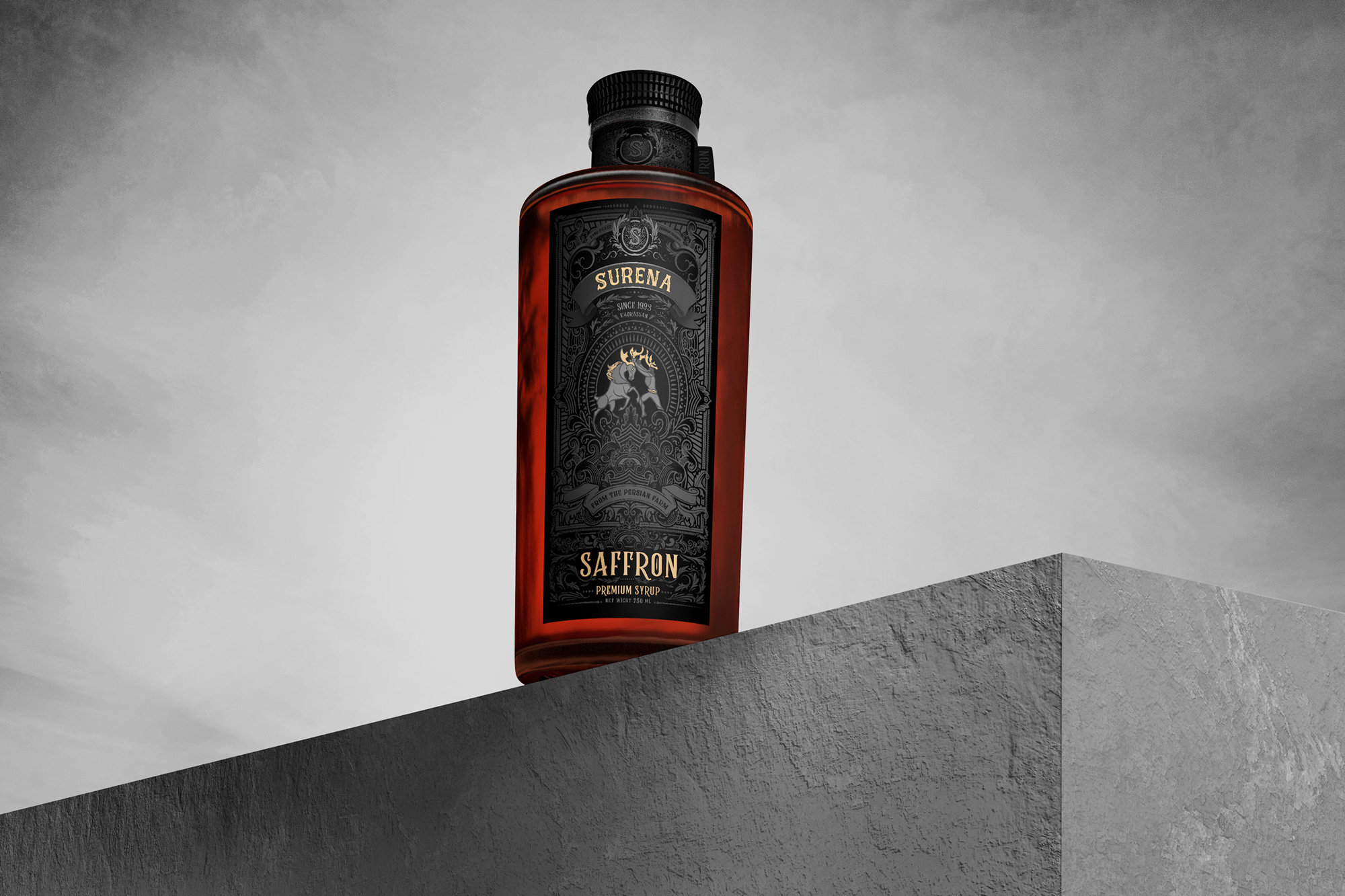 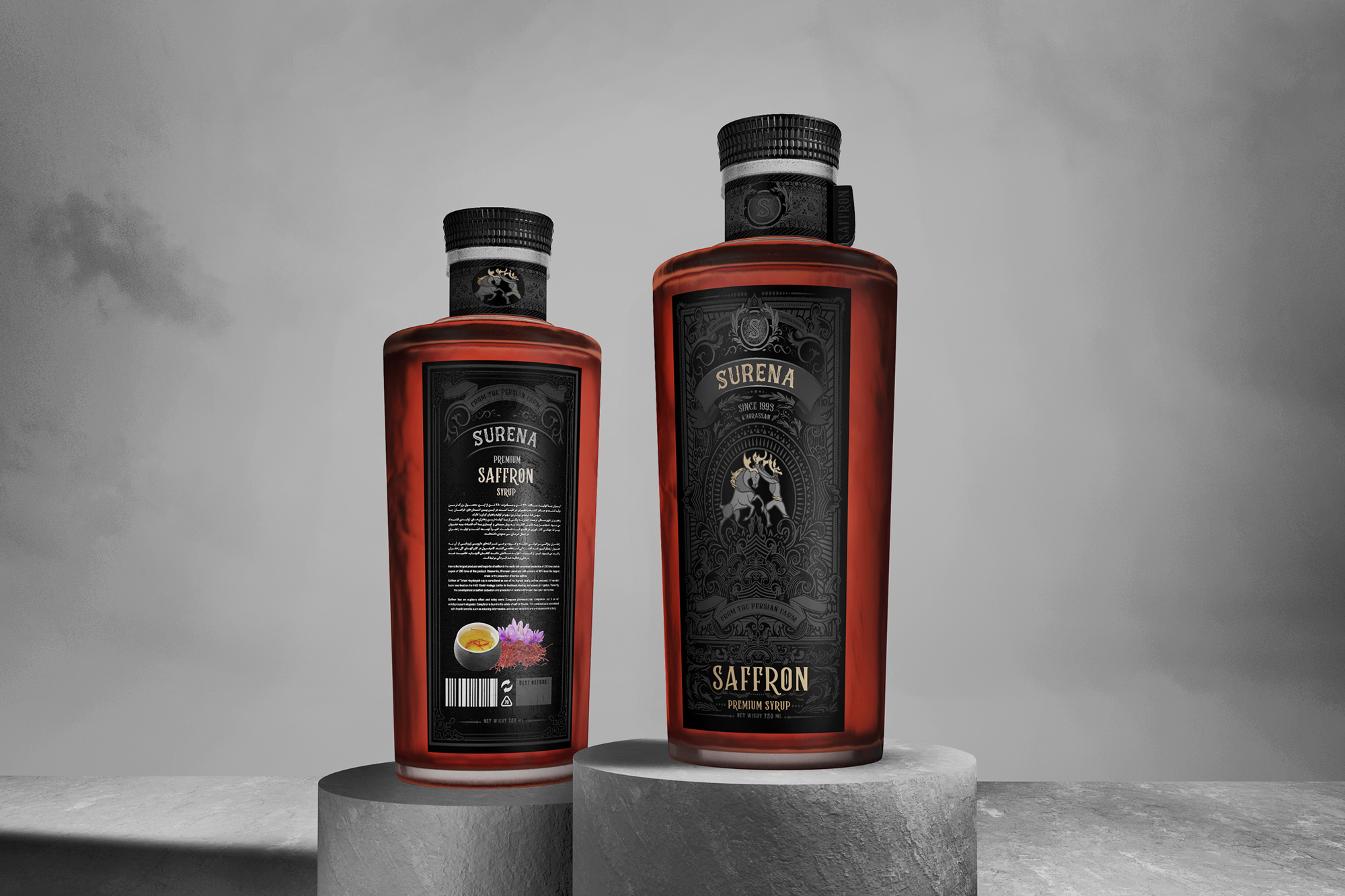 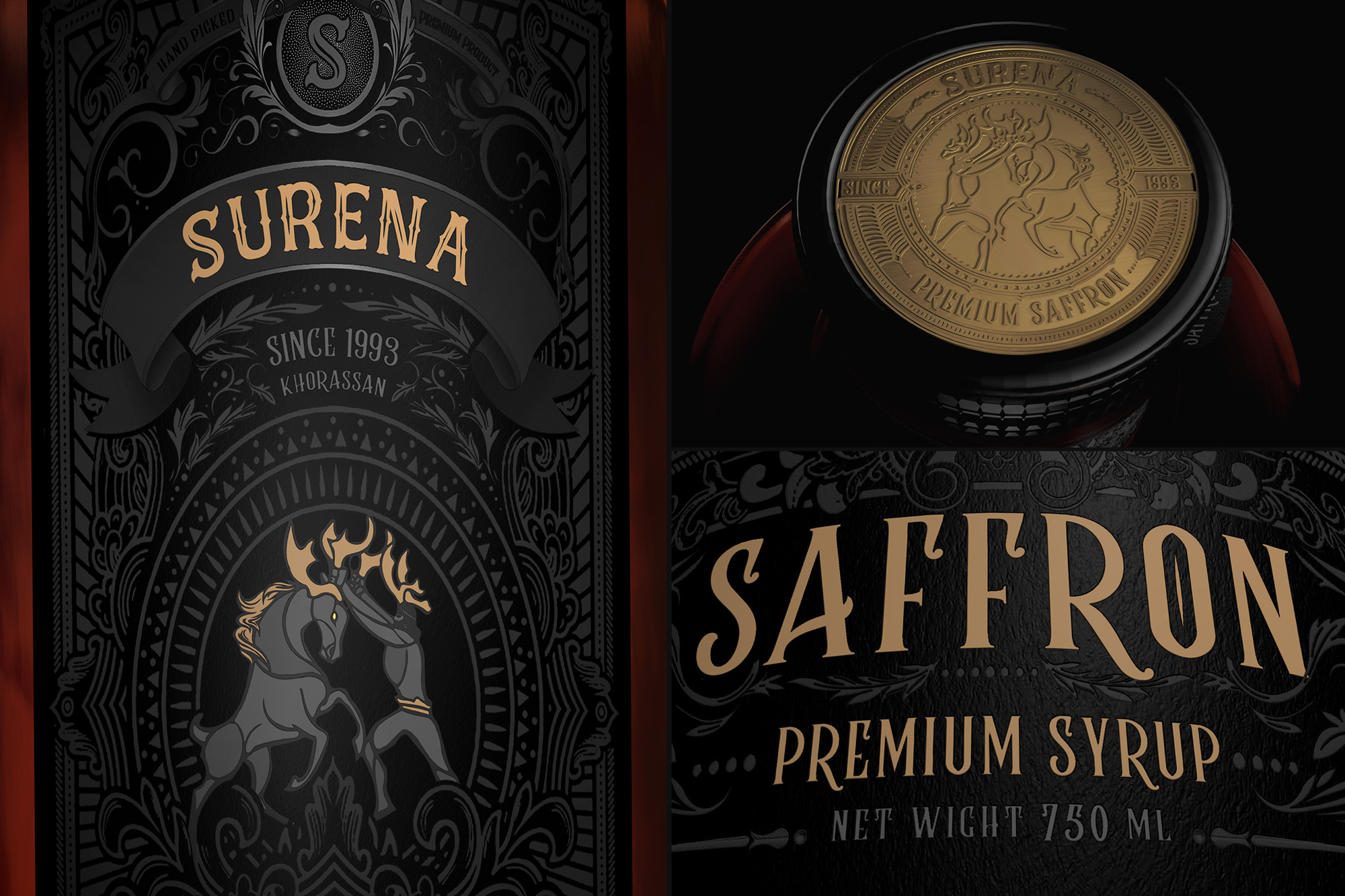 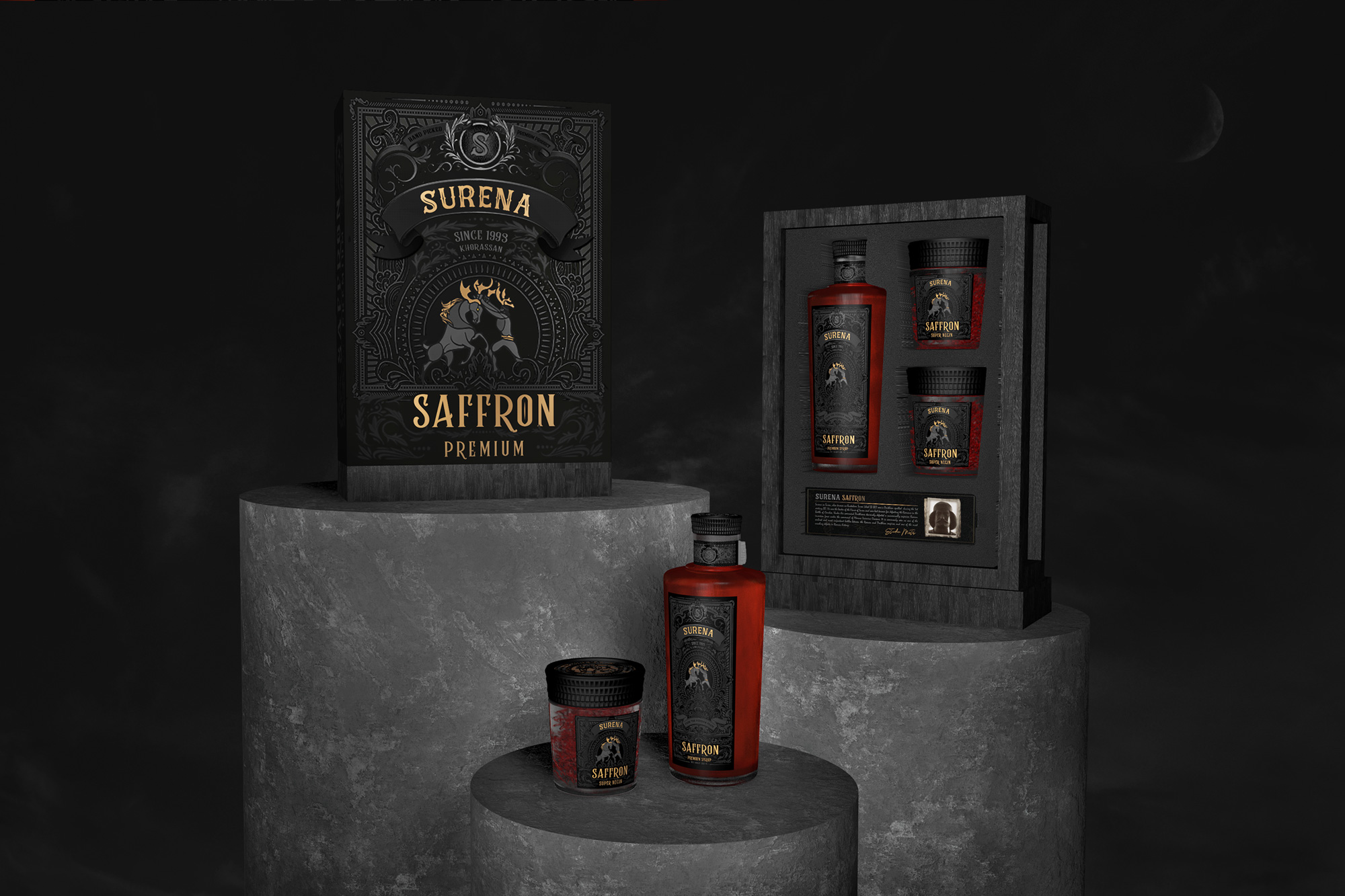 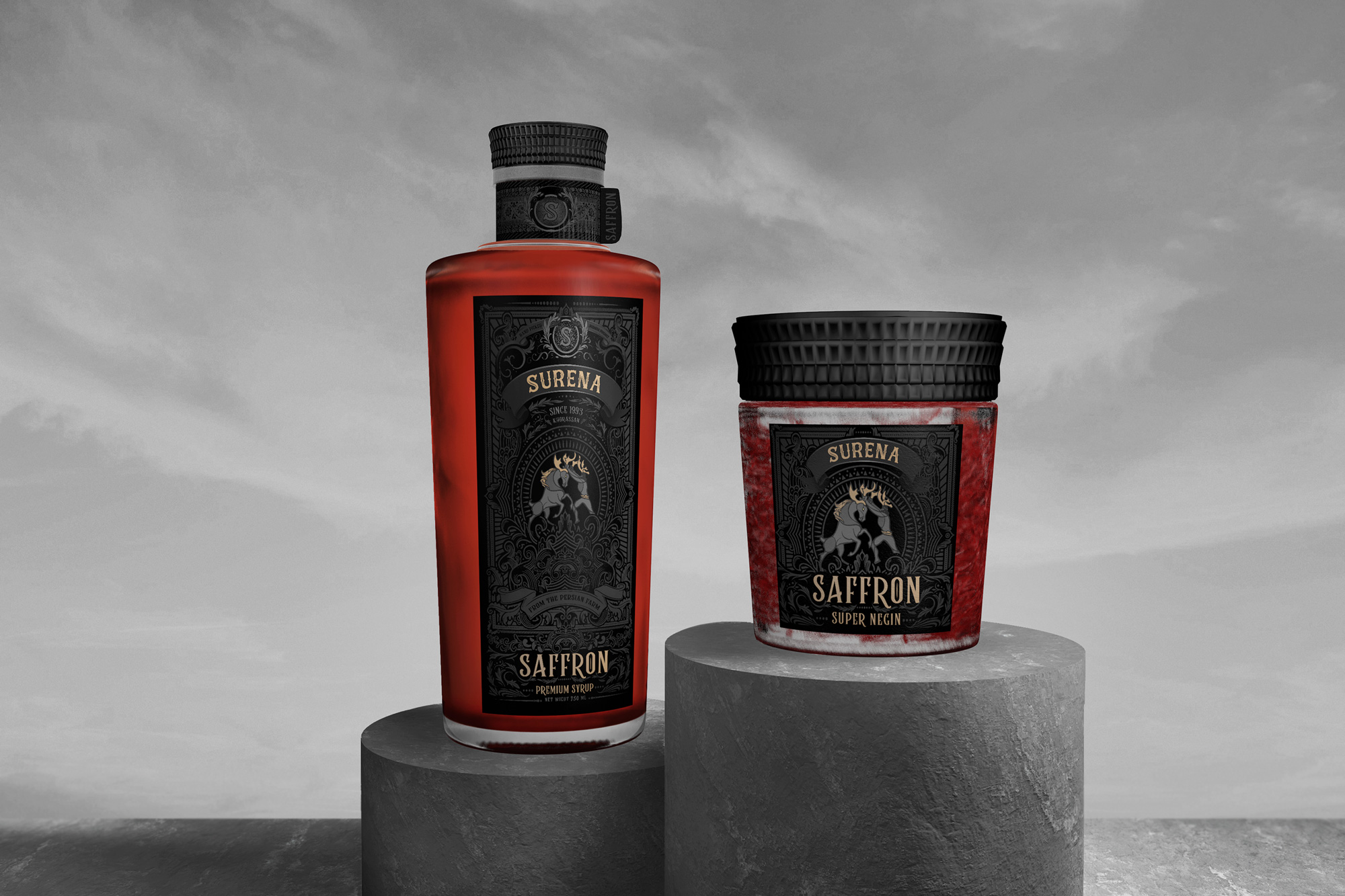 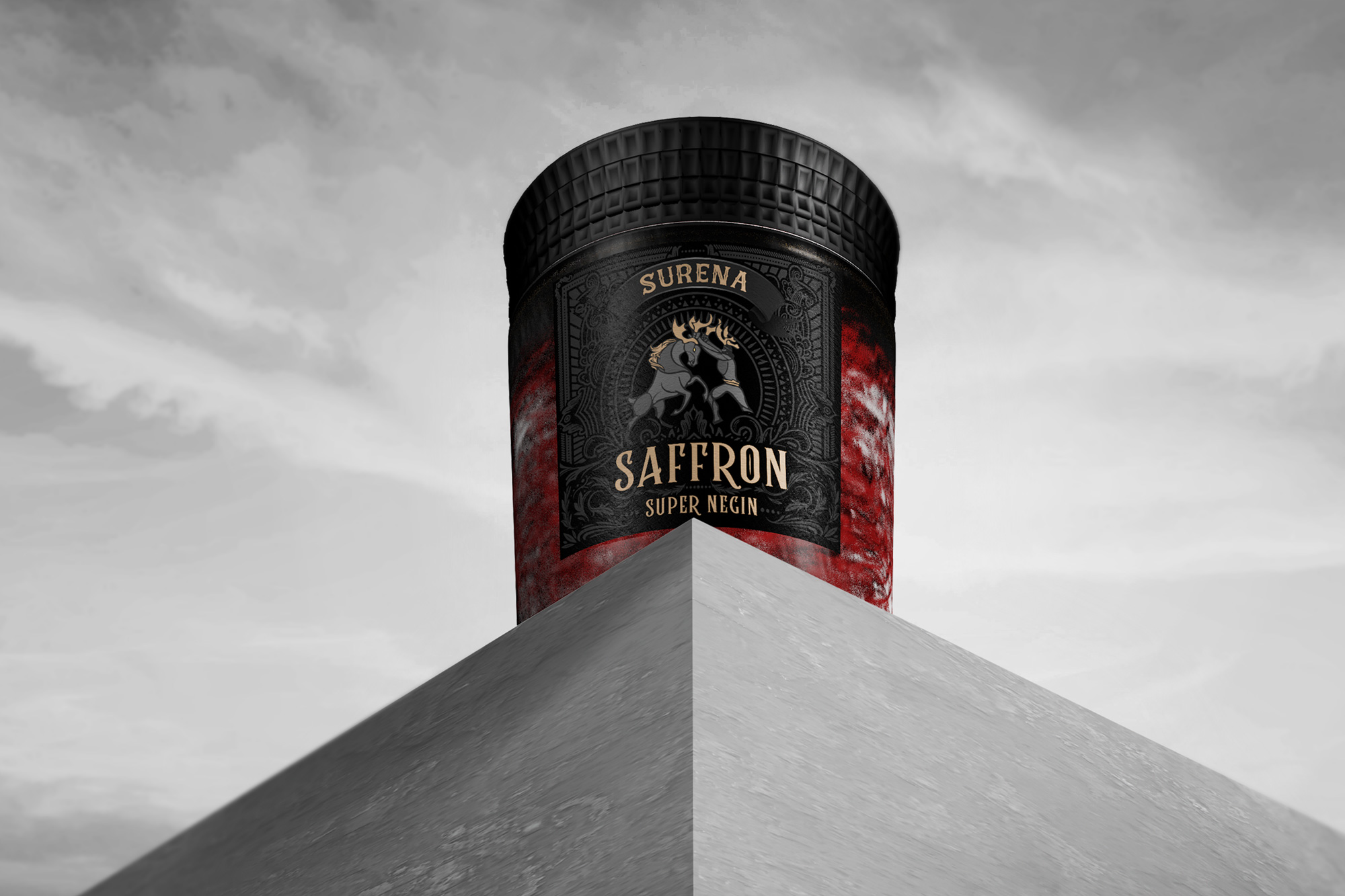 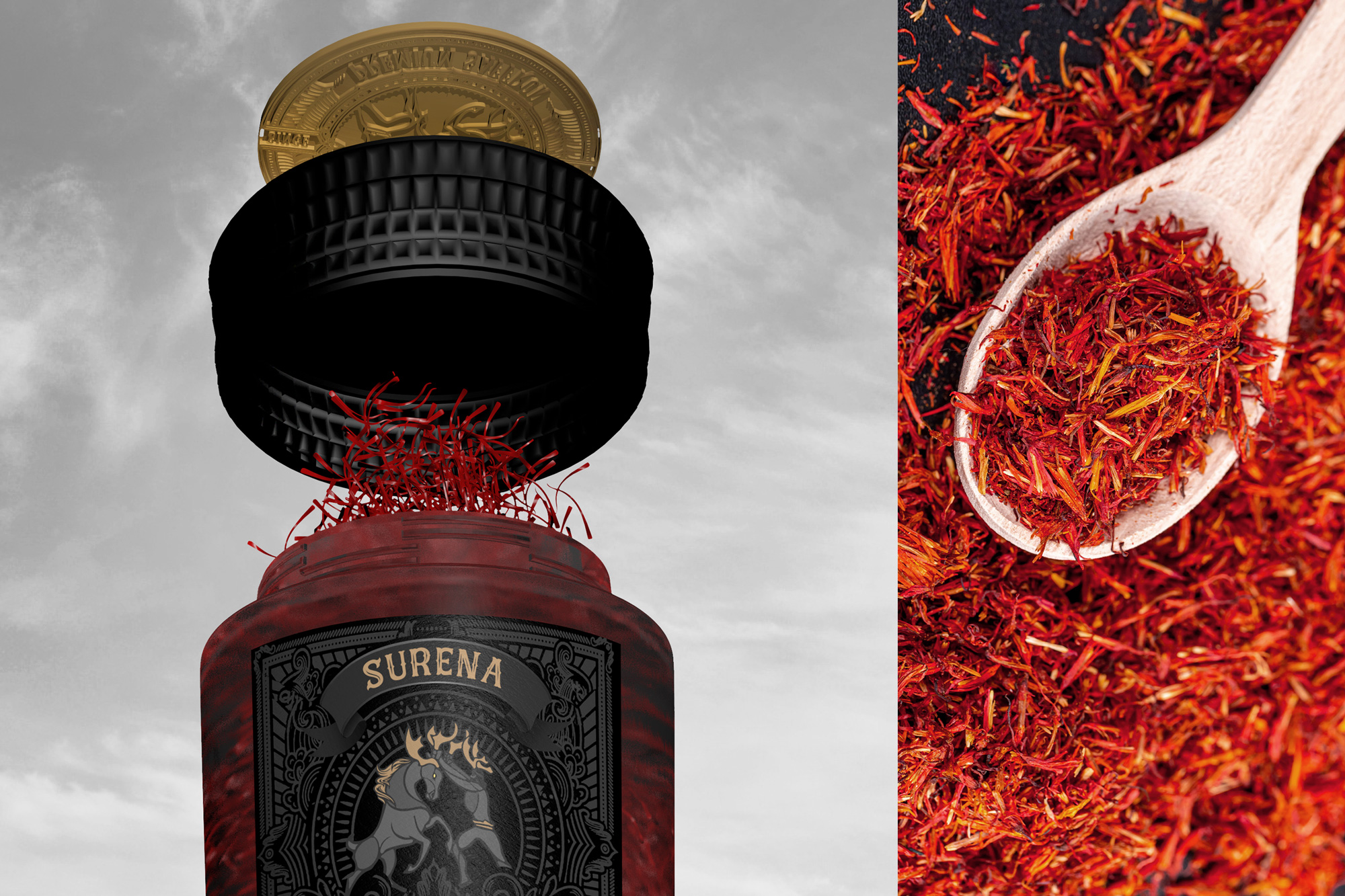 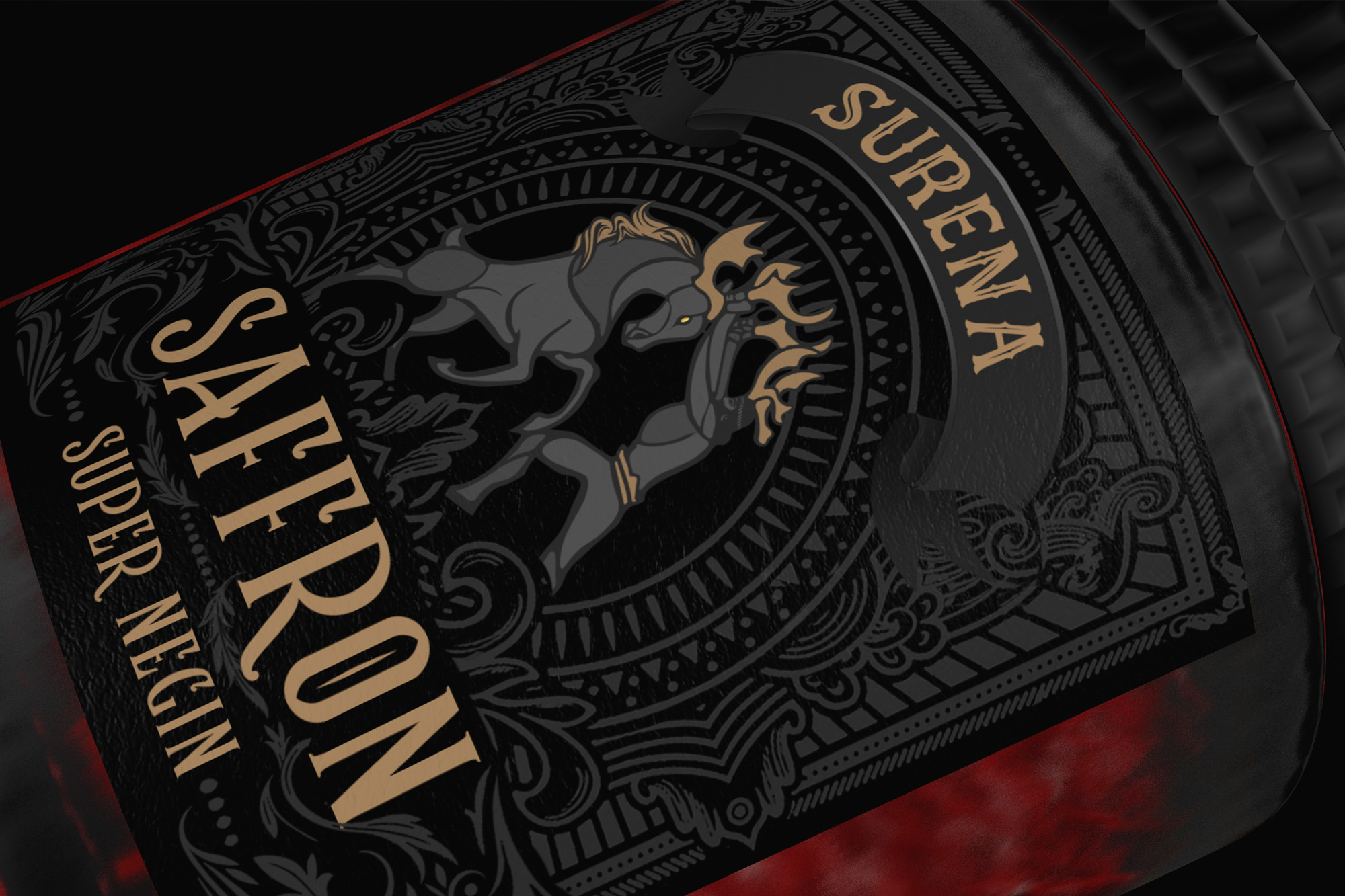