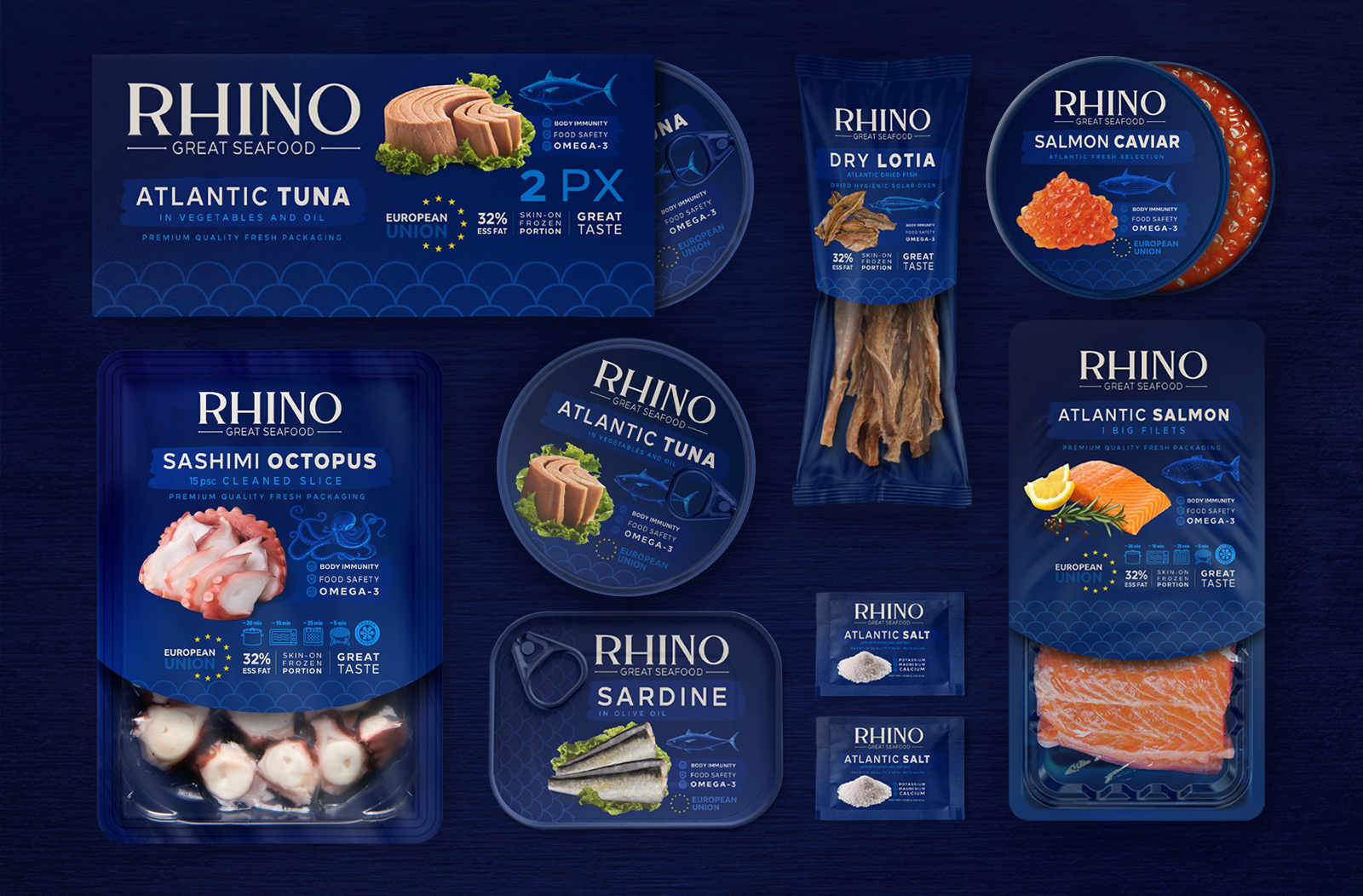 Rhino is a modern company in the field of preparation, production and packaging of seafood, many of the company’s devices and machines are equipped with world-class methods, this has made the quality of Rhino’s products much better than its competitors in Europe.

Until today, Rhino company offered products in traditional packaging, without labels and specifications to restaurants, now that it was decided to introduce diverse and high-quality products to markets and grocery stores, we should think about packaging and We were luxury branding.

The first priority of Metis design team for ideation and branding design was luxury along with the simple and stylish concepts.

The pattern is inspired by sequins, which is one of the elements that make up the logo, and it is used in the office set and packaging. 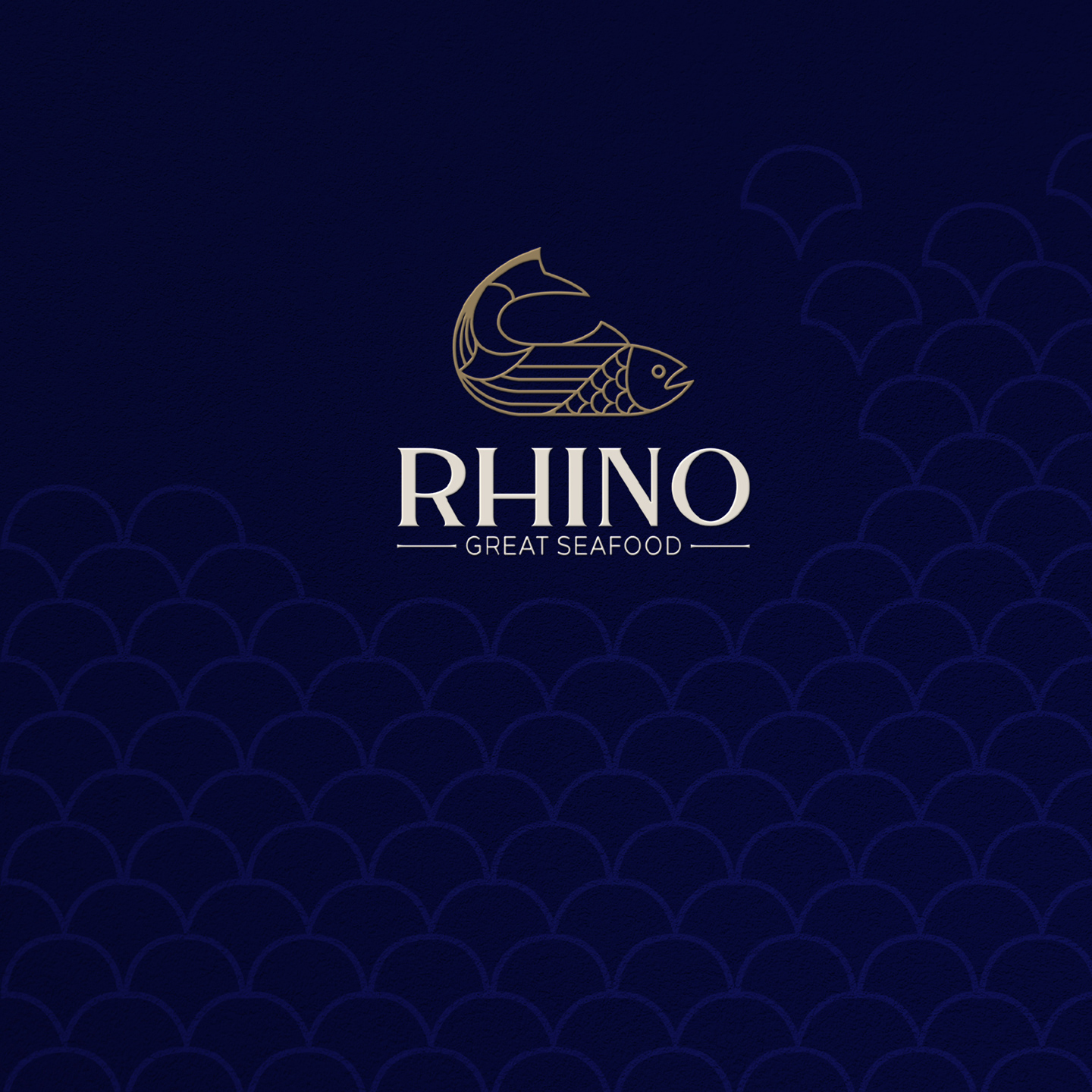 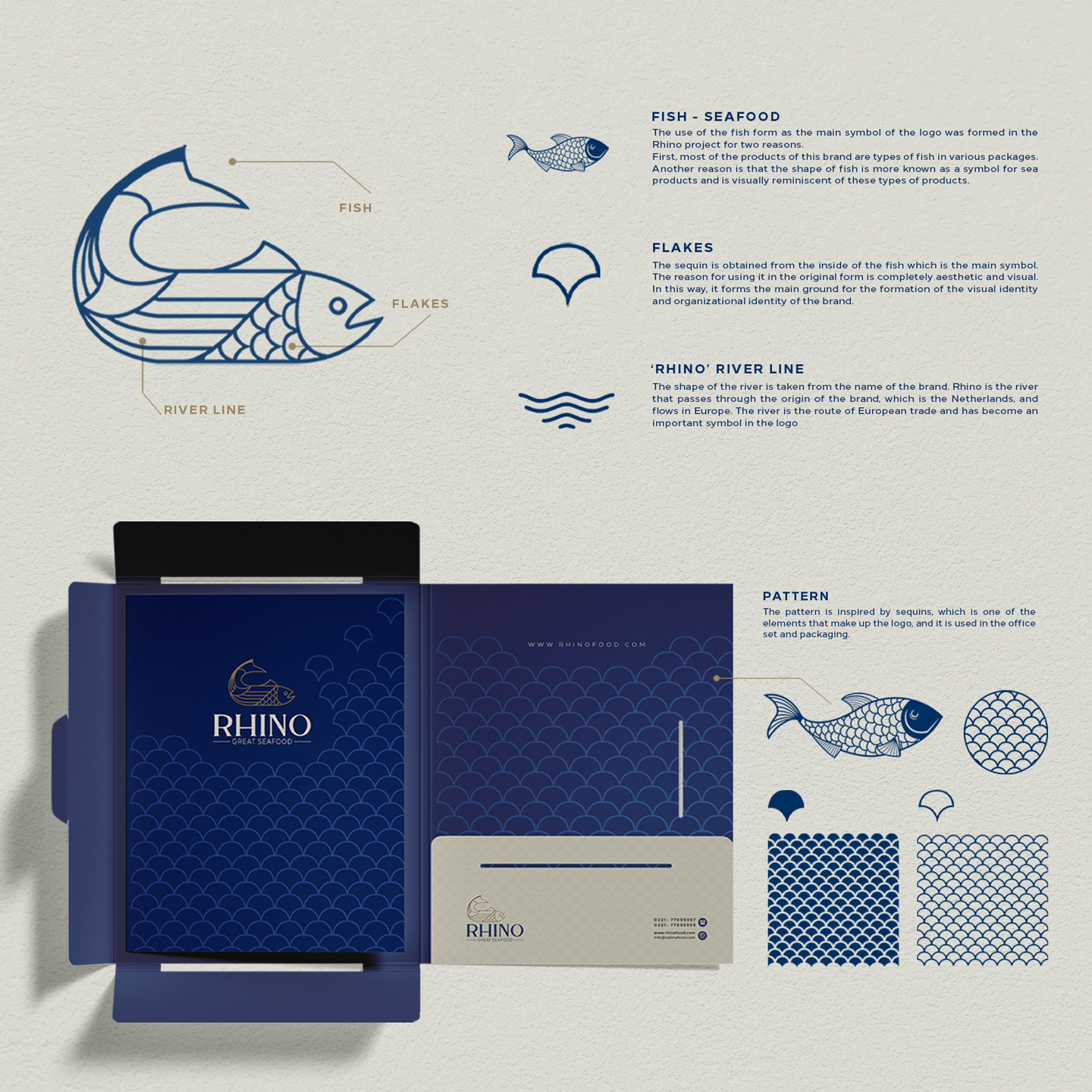 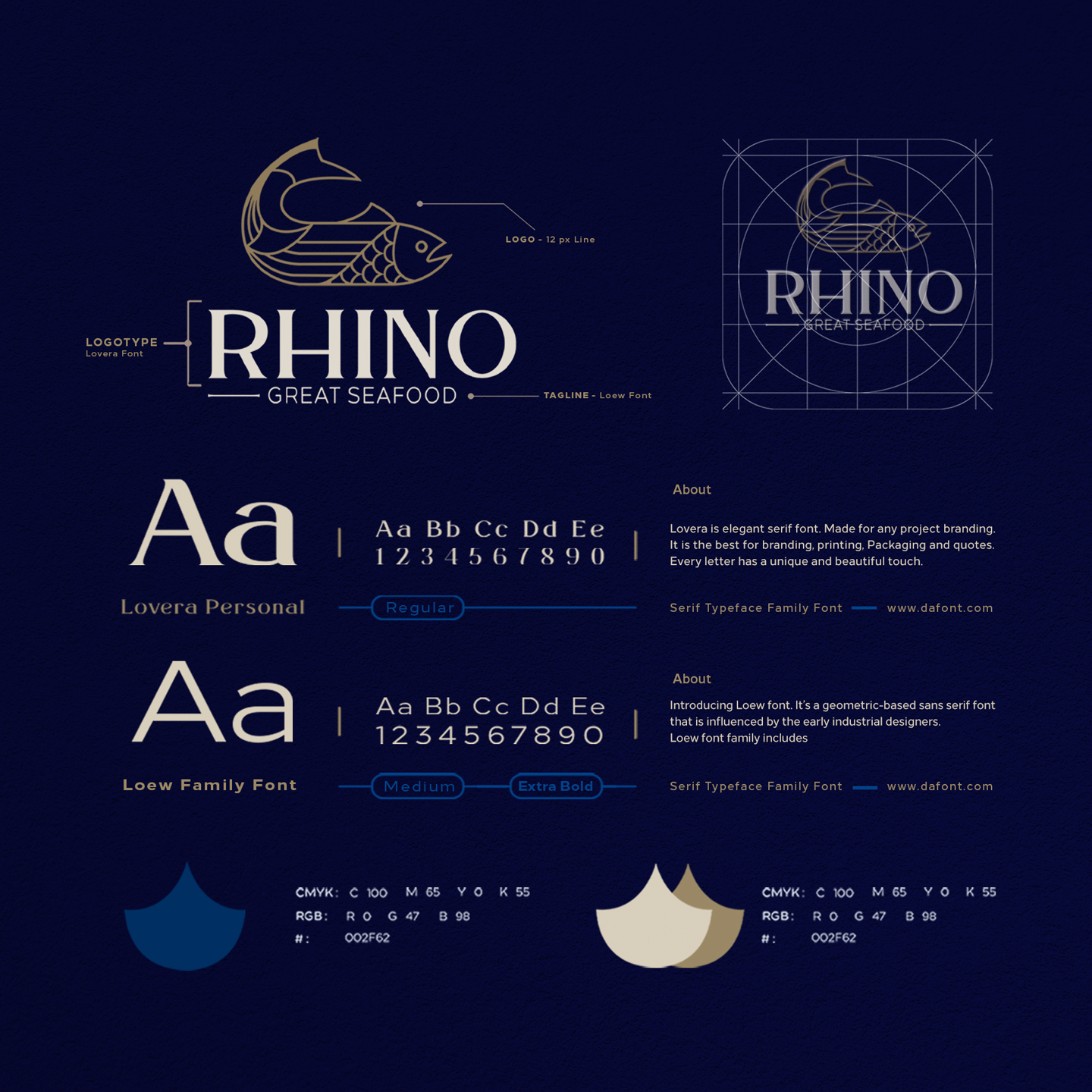 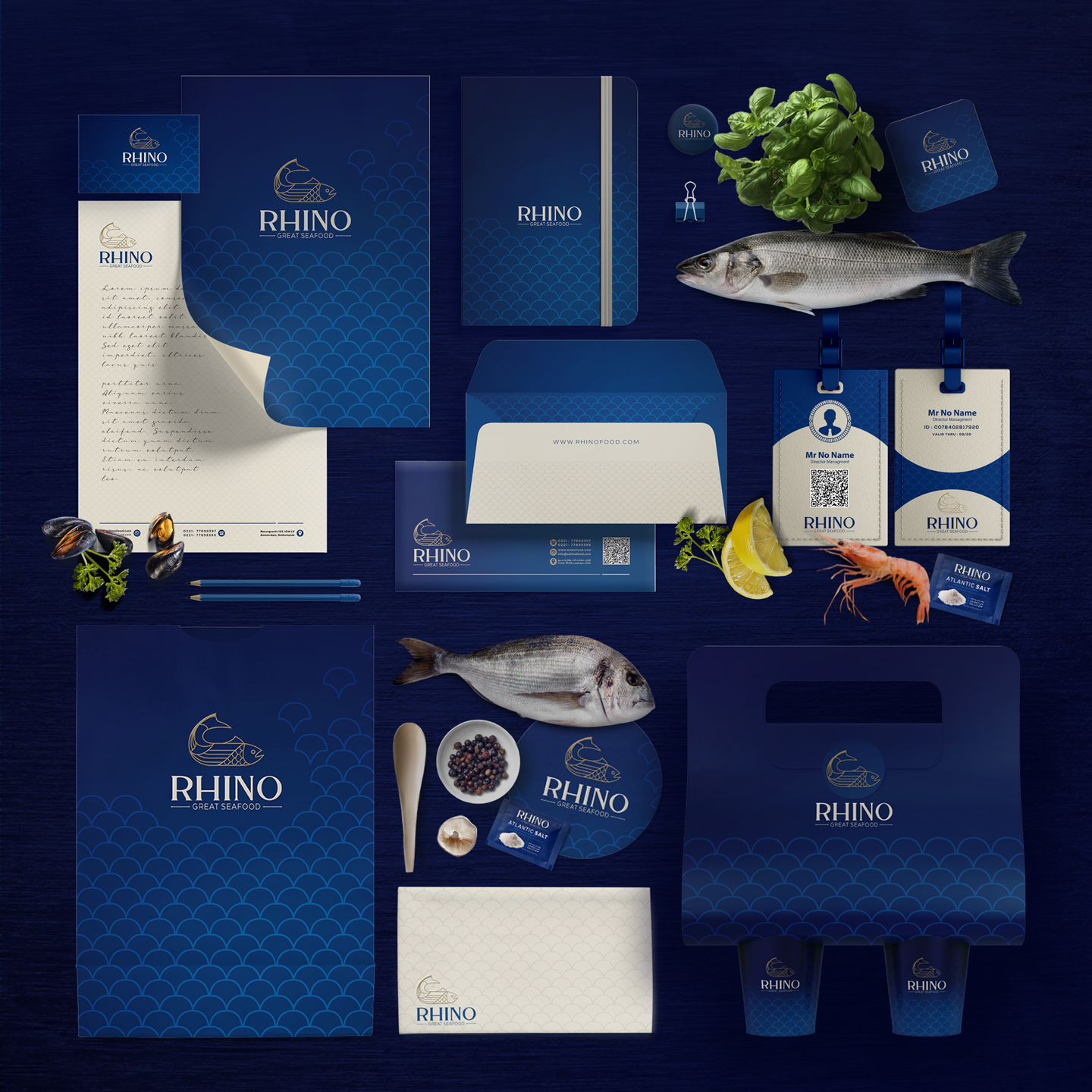 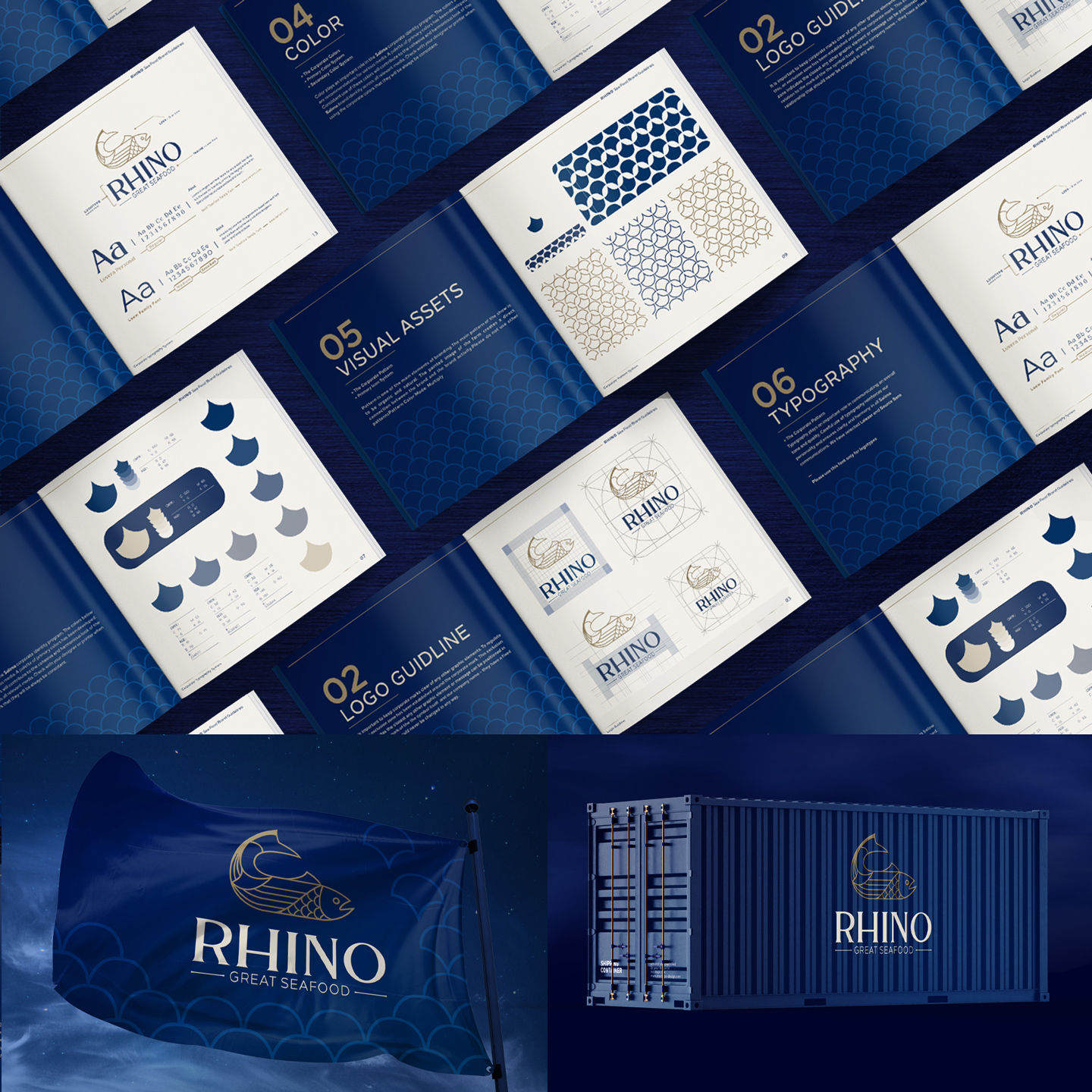 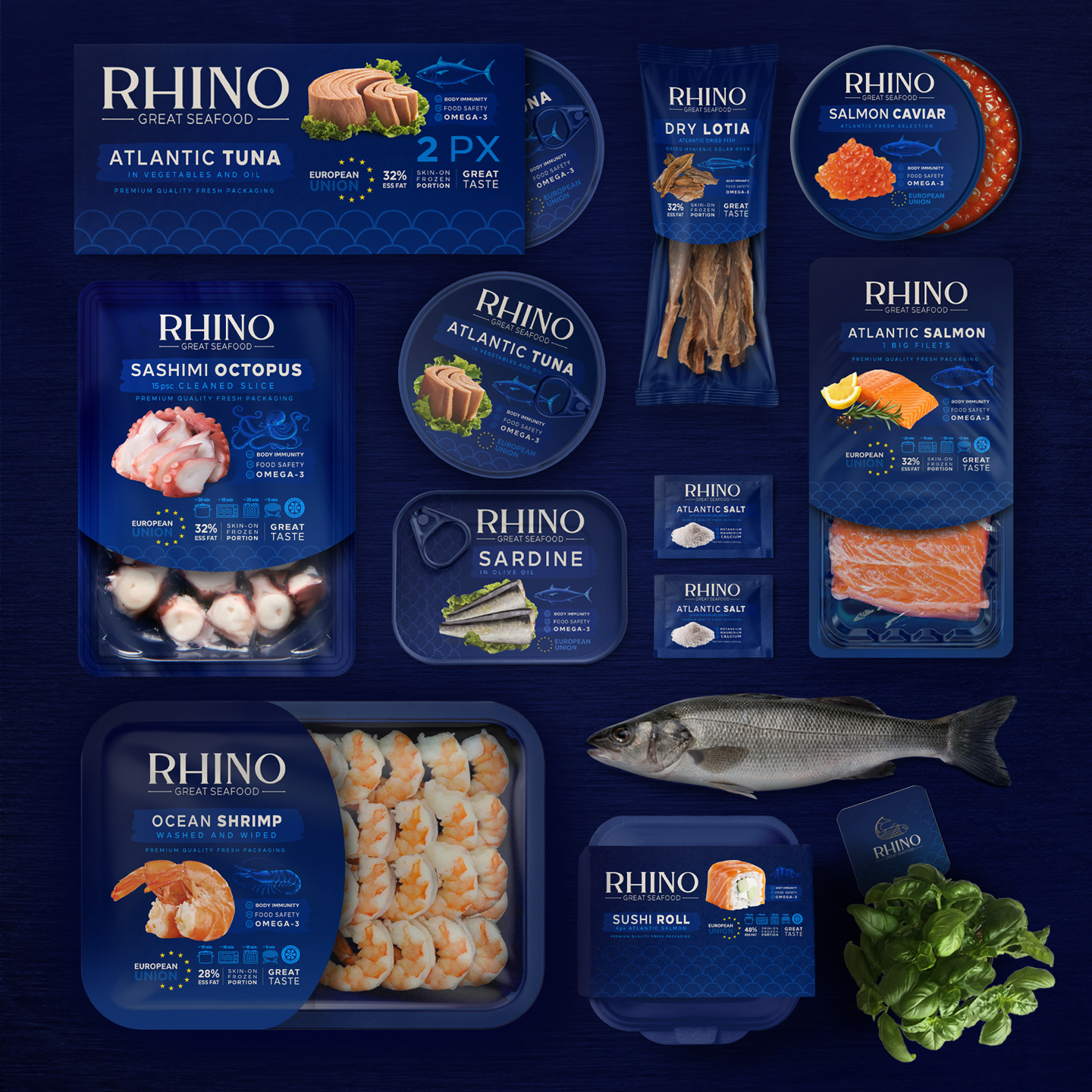 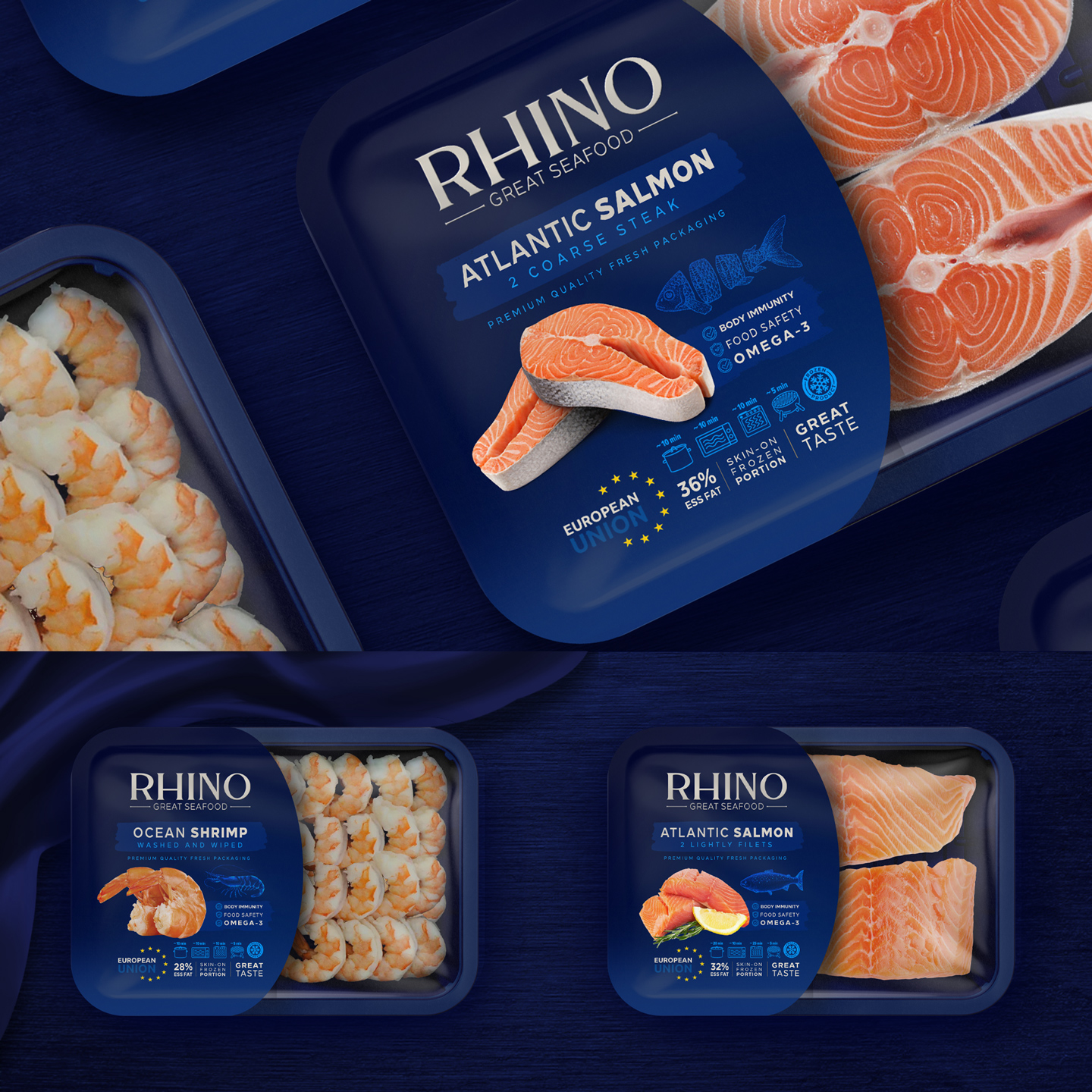 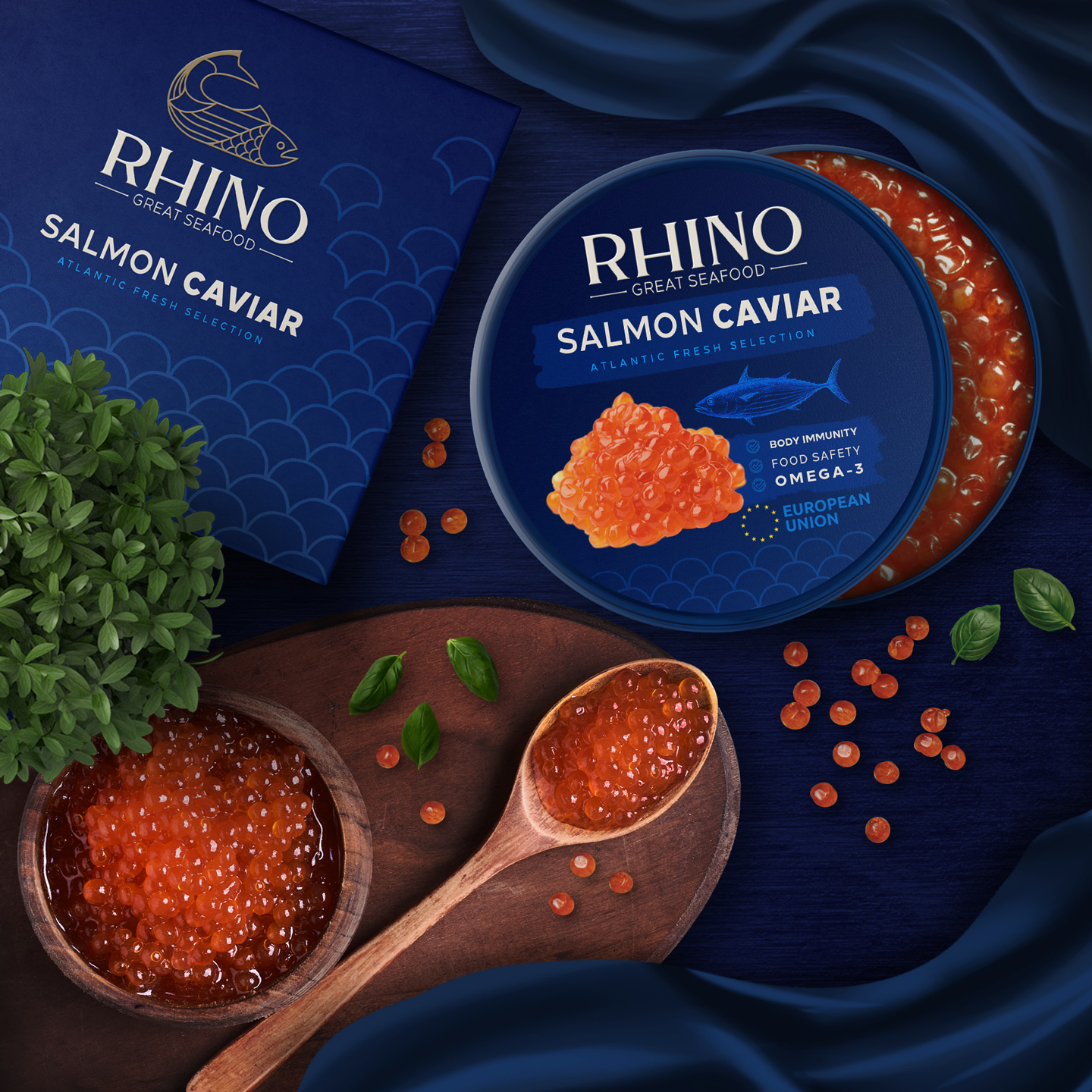 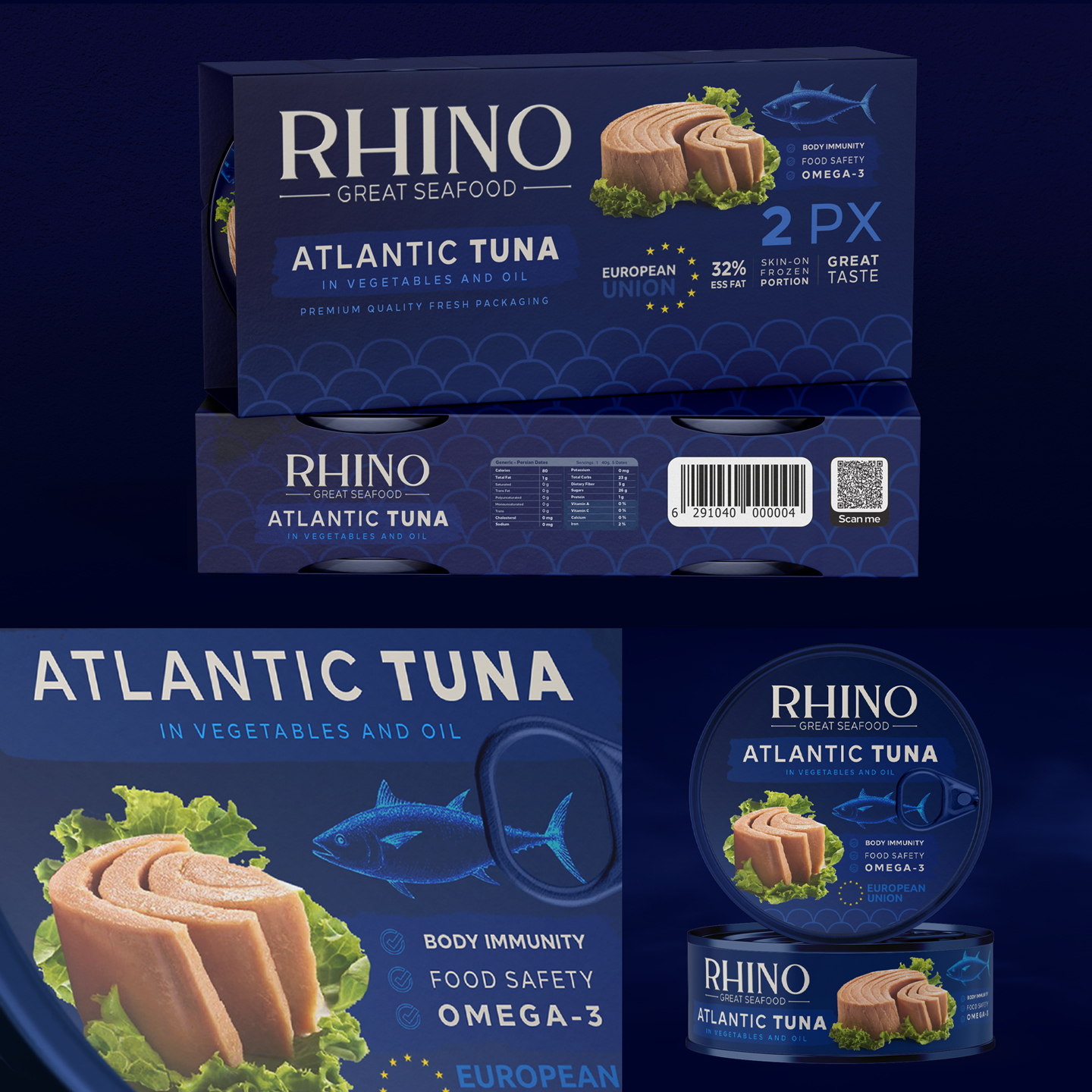 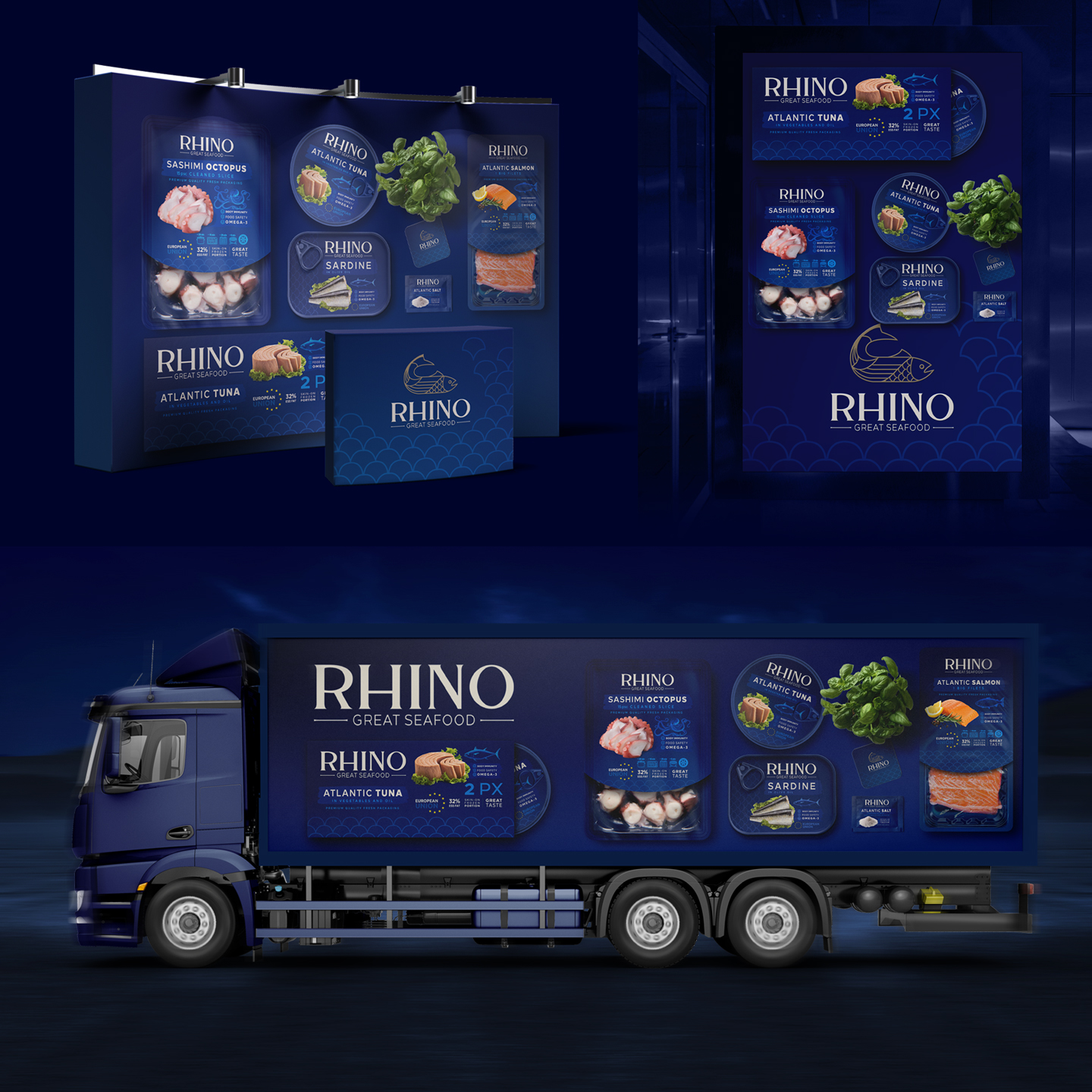