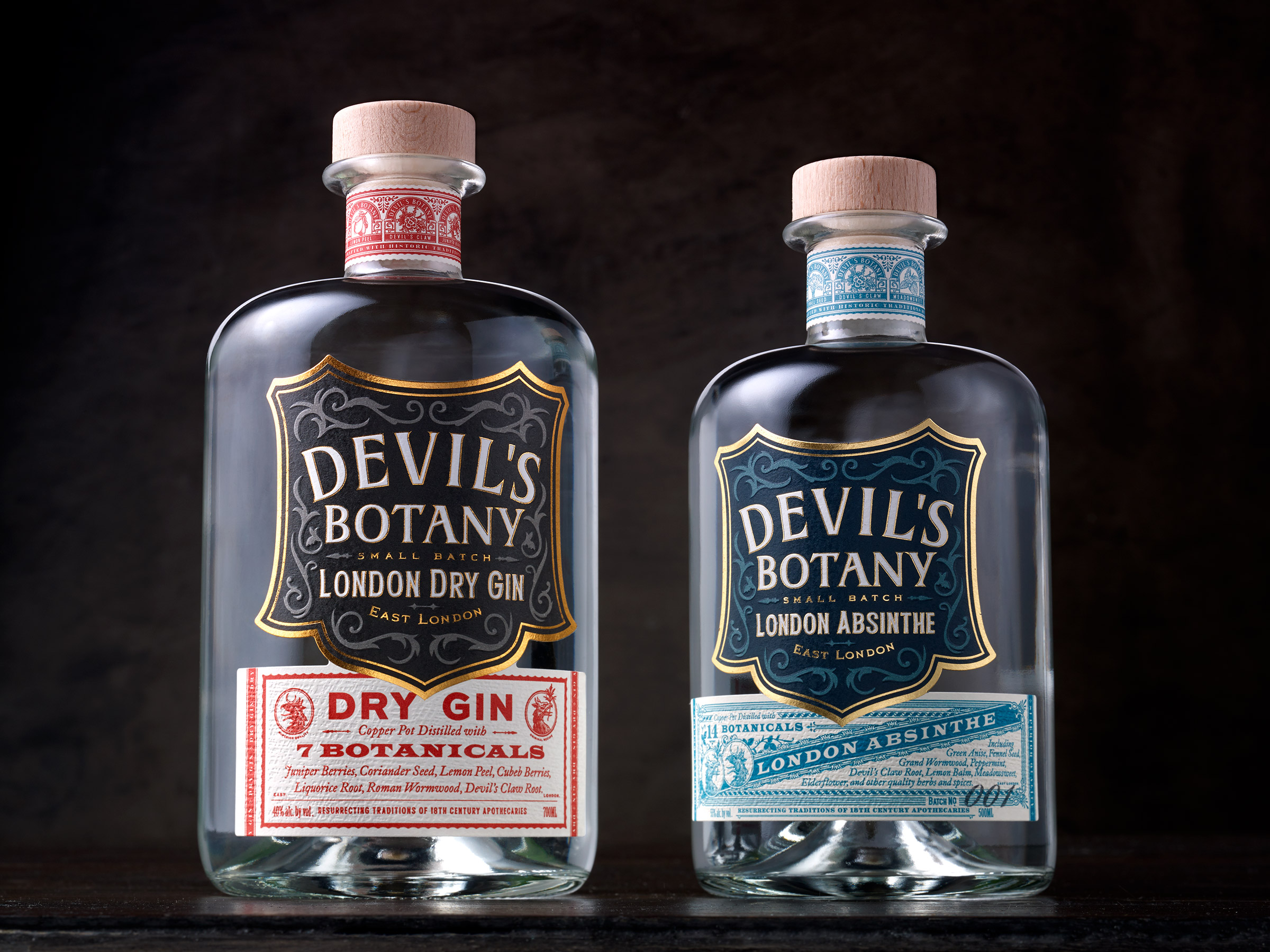 Devil’s Botany, London’s very first Absinthe distillery. The small-batch distillery, based in Leyton, reached out to Chad Michael Studio to bring their eccentric brand with historic roots to life.

“Devil’s Botany honors the traditions mastered by the historic absinthe distillers of Switzerland’s Val-de-Travers while introducing a new style of absinthe that is quintessentially British,” says co-founder Allison Crawbuck. All products are copper pot distilled using ingredients true to the recipes during the 18th century.

The brand pays homage to the peculiar characters and apothecary aesthetics of 18th century London. “They are the embodiment of another time, when the world saw everything as fascinating. It was the era of invention,” says studio owner and designer Chad Makerson Michael.

A primary goal with the design was for it to reflect the 1800’s apothecary aesthetic but while avoiding being a gimmicky pastiche. The design needed to take inspiration from the era but not directly mimic it. The end result being a refreshed approach to numerous historic inspirations. 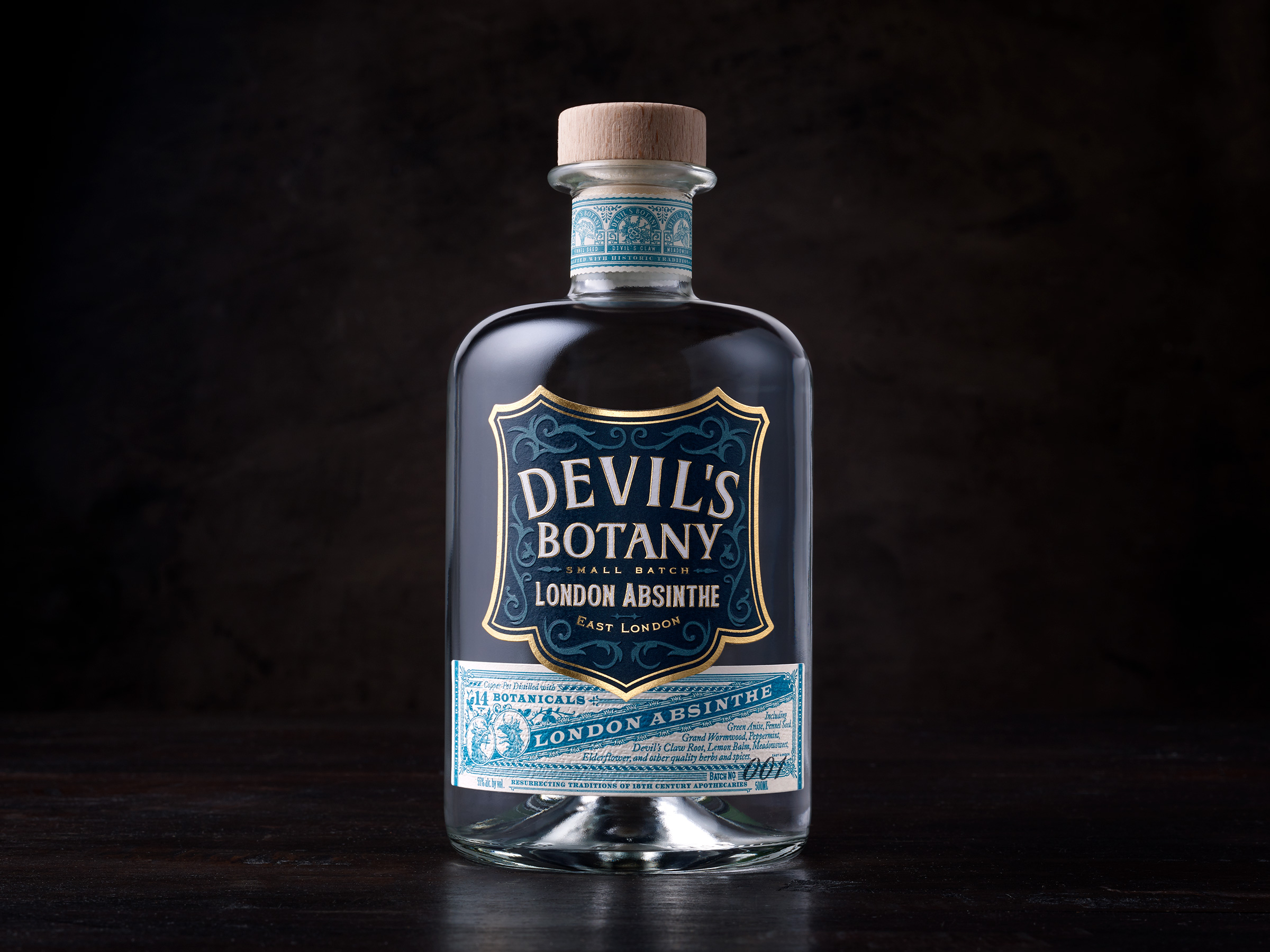 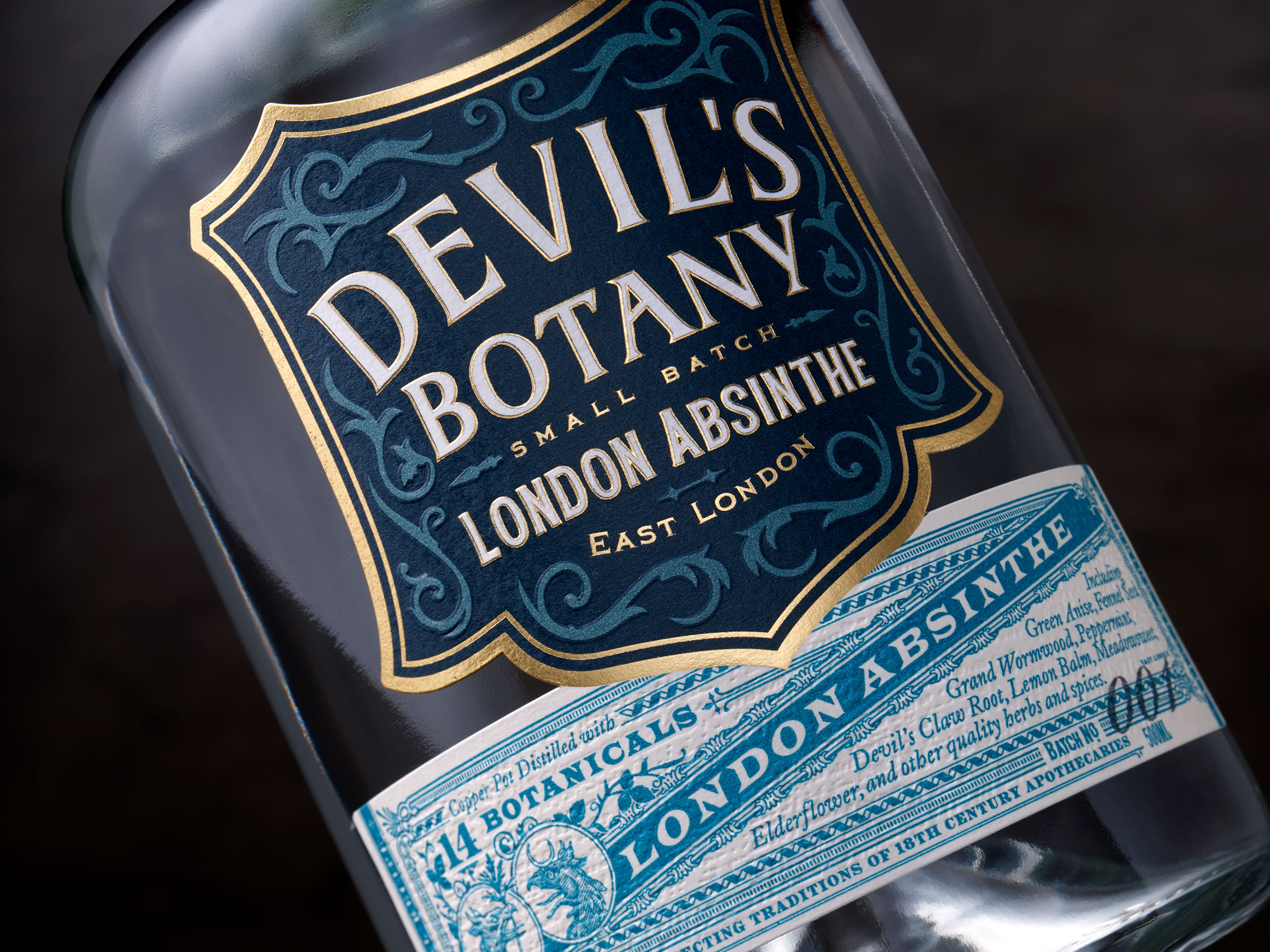 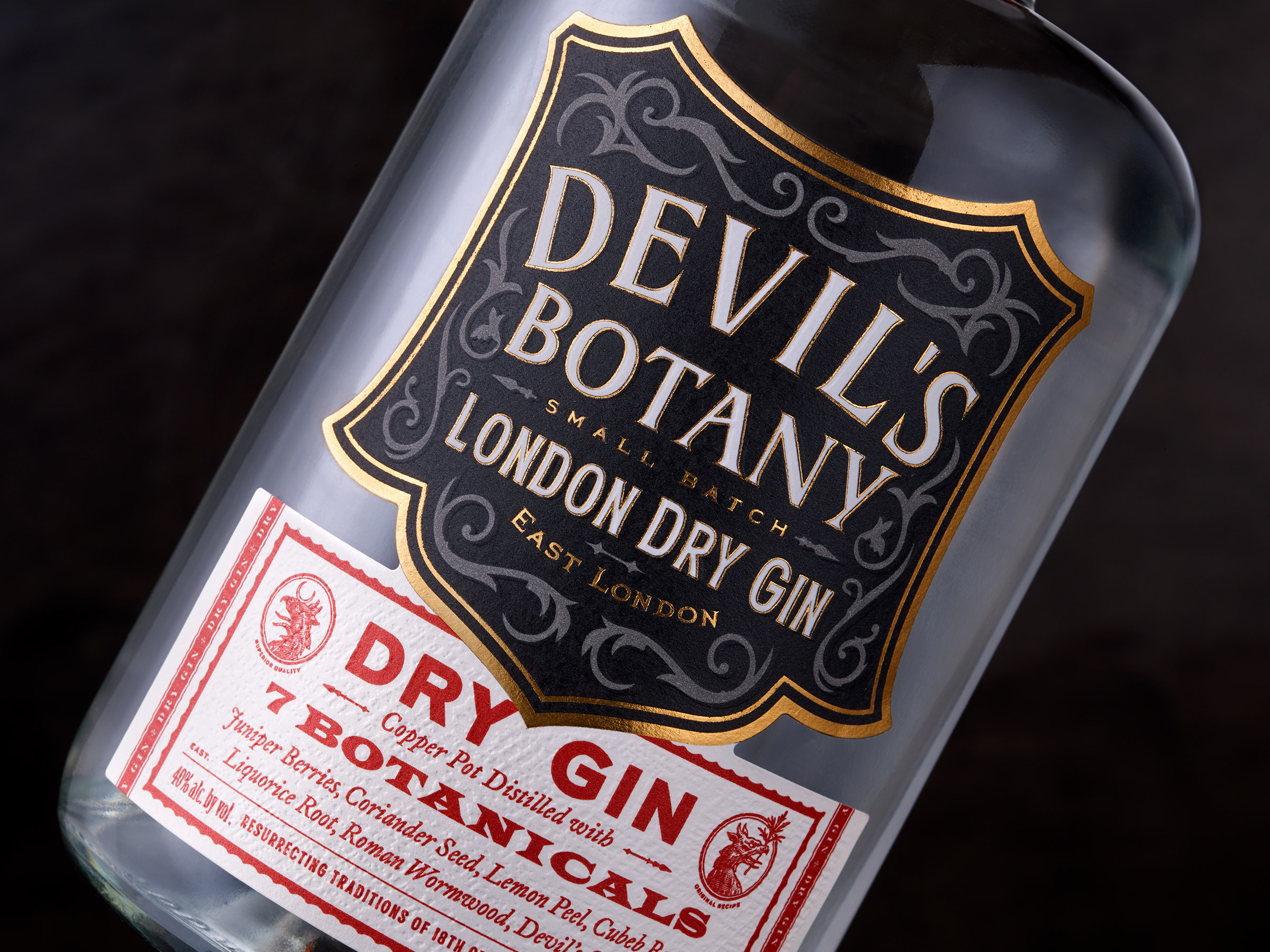 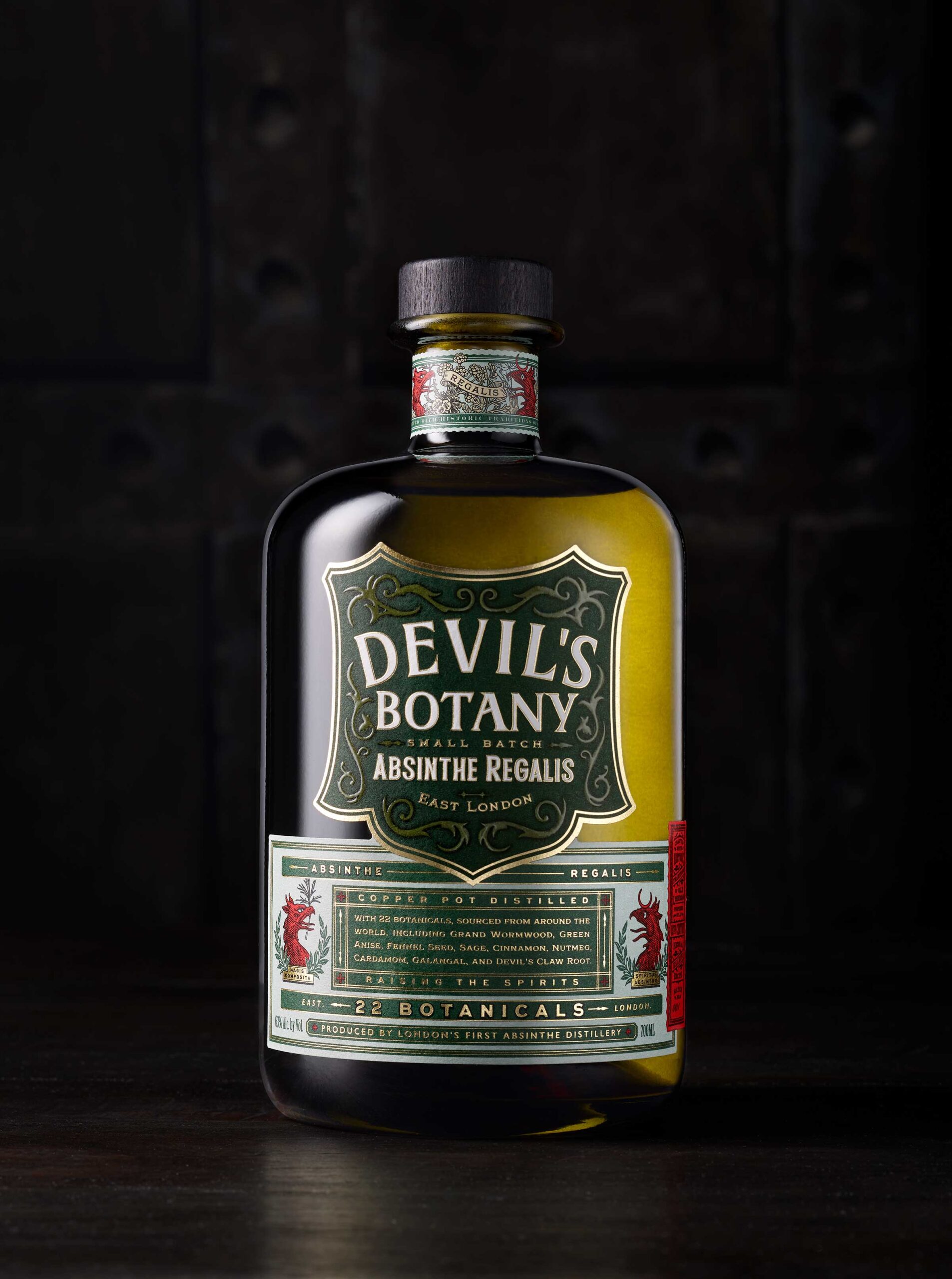 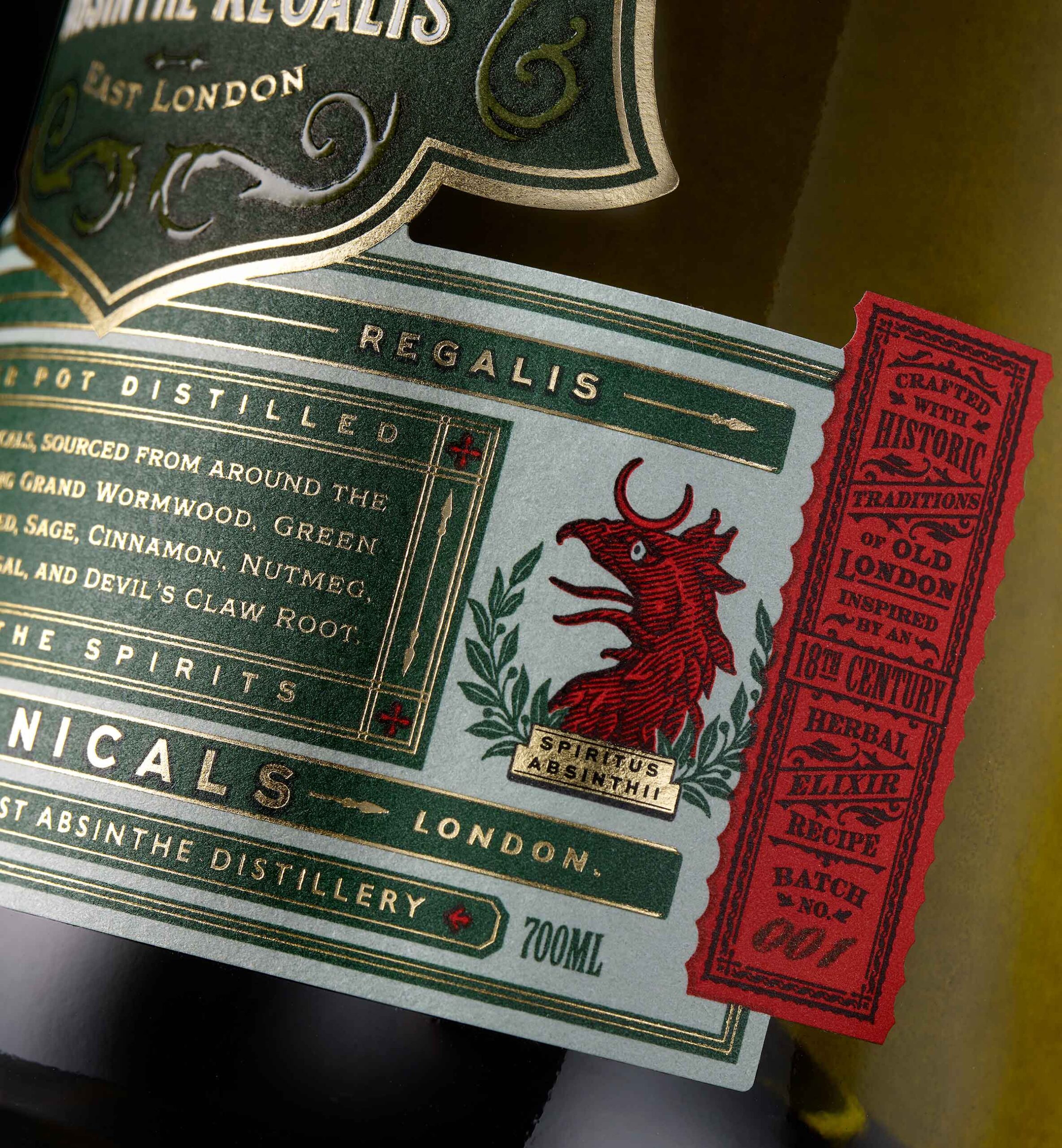 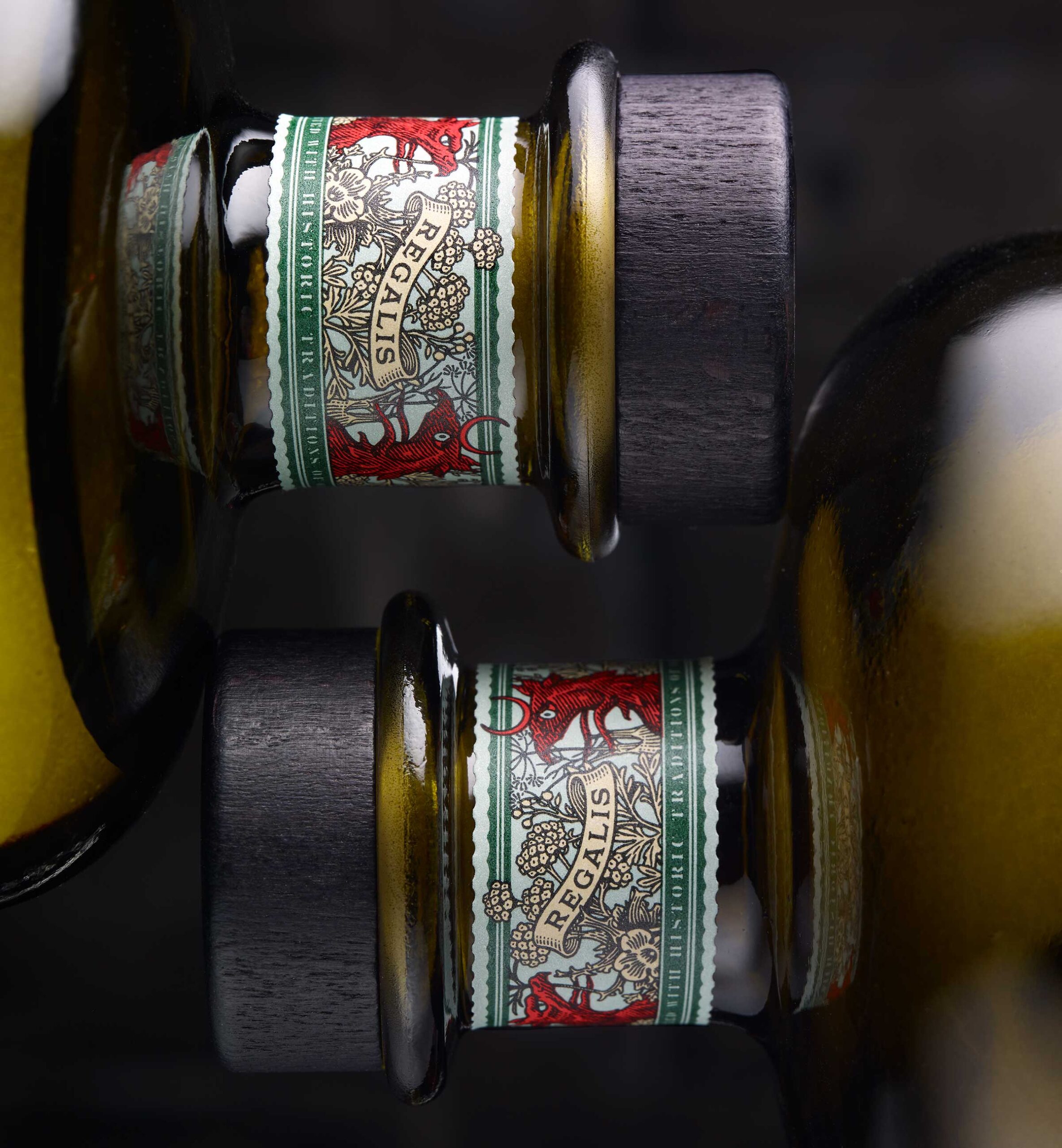