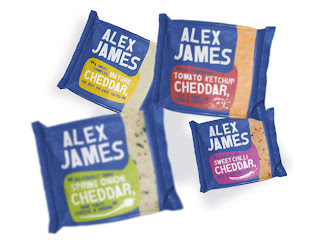 Experiment #3
So here’s experiment #3 and the letter C for Cheese. This is kind of one I’d had in the back of my mind for a while. I can’t remember the first time I heard of the connection between Alex James and cheese, but it’s one of those great combinations that can allow a lot more creativity into the design of the packaging. It can let you break the rules of ‘commercial design’ and try something different, unique and bold in its field. You can let the character of the personality or brand stand in the foreground instead of rehashing what the leading product is doing. And that’s what I’d thought ever since hearing about Alex James’ cheese – a fantastic opportunity for whichever designer happened to get the brief.

Oh, if you don’t know, Alex James is the bass player from Blur, who now owns a farm in Oxfordshire which has allowed him to add award-winning cheesemaker to his list creative abilities. Alex has produced three cheeses, ‘Blue Monday’, ‘Farleigh Wallop’ and ‘Little Wallop’, and has now launched his first range of mainstream cheeses in Asda supermarket.

The packaging
I knew the job would be a good one to work on, so was surprised to see the design that made it to shelf. I was expecting something different either from a cool, understated, award-winning cheesemaker angle or an artistic, creative, rock musician feel. But the design that made it was, well, pretty bland. A clever-ish play on the initials AJ, but overall a big lack in oomph.

So the redesign was on
I wanted to keep the design quite simplistic and let the pack shout its message from the shelf with a fun and playful feel. A hand finished font was a must along with blasts of bright colour. The blue from the existing packaging still worked as a good consistent colour across the packs and created a nice contrast with the cheeses seen through the larger pack window. As Alex talks a lot about cheese I made this more of a feature using a bold, blocky speech bubble. Then to finish off a simple, little illustration to emphasise the flavour.

The design lets the packs stand out as something different to the usual cheeses. They allow some personality to show through and would appeal to an adult audience willing to try new flavours as well as kids who I’m sure would enjoy eating the ‘Real Cheese Rebel’ – Tomato Ketchup Cheddar. 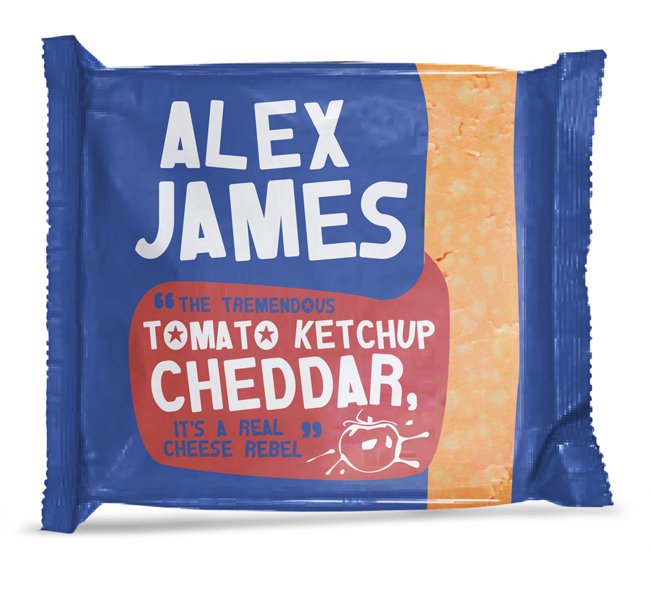 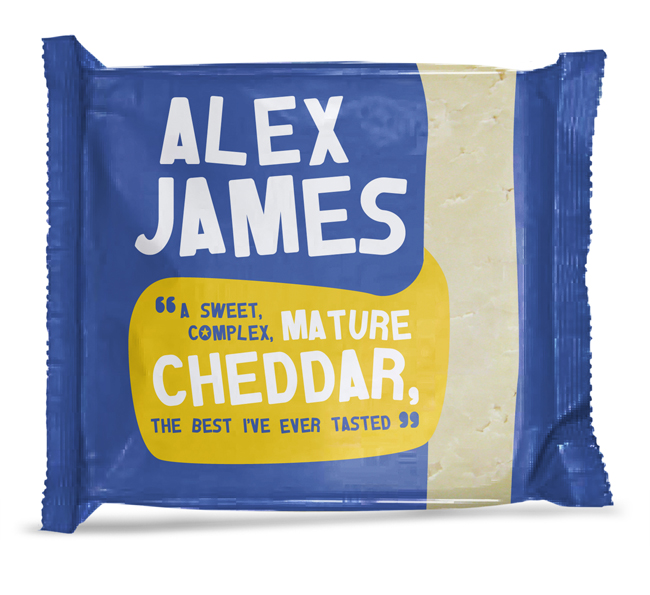 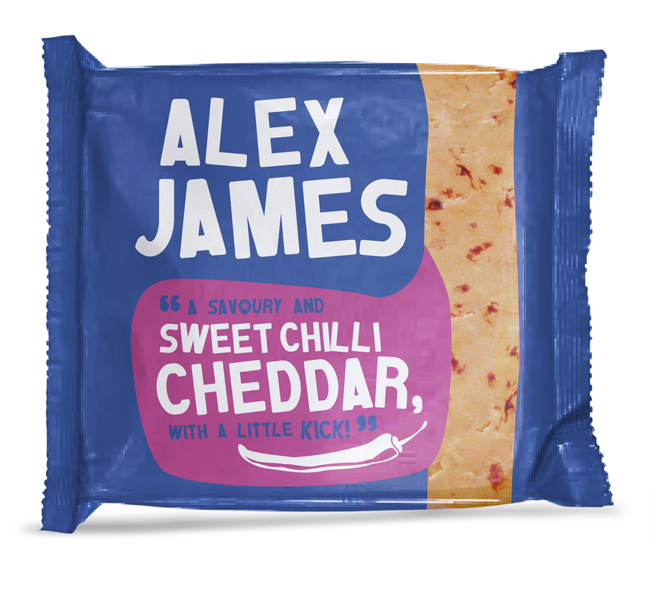