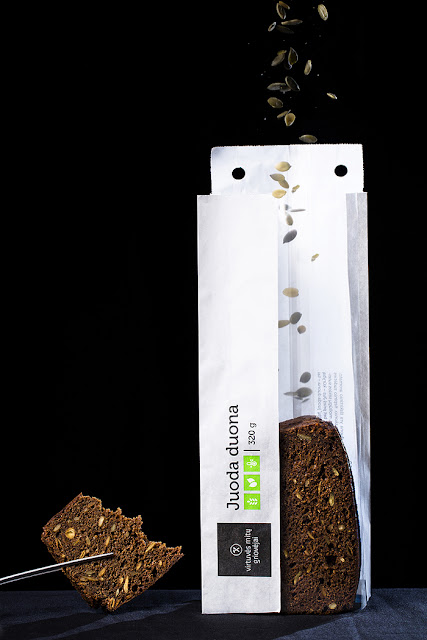 One of the largest and oldest bakery of Lithuania “Biržų duona” is frecuently seeking innovations and delighting customers with new bread and bakery ideas. That‘s why newest bread line was born in cooperation with the “Virtuvės mitų griovėjai” (“Kitchen mythbusters”) team. With these new products it is tried to demonstrate that the traditional pastry is simply adaptable to modern culinary experiments, that‘s why the new bakery line is presented with the motto “It’s not just bread! It‘s bread for those who love and are not afraid to create”.

Packaging design guidelines – to destroy standards – were dictated by their culinary philosophy. That‘s why images of crop fields, table cloths and past, widely used in the bakery segment were abandoned. Already existing logo of “Virtuvės mitų griovėjai” prompted a colourful package solution. The accent of monochrome packages became brightly green graphics system that discloses the best quality of each bread, and the “Museo” font with strong character provides for the package visual attraction. Minimalism, low key colours and clear design of the packaging with a large window in the corner makes the bread sound first in the project.

There was created a separate website for the bread production line – www.vmgduona.lt, which describes the history of “Virtuvės mitų griovėjai” bread and presents a lot of recipes for those who love cooking and discovering new tastes. Bread‘s introduction to the market is accompanied by various events and culinary performances. 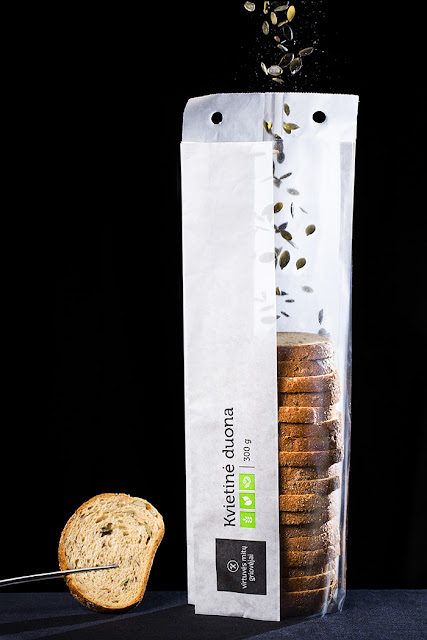 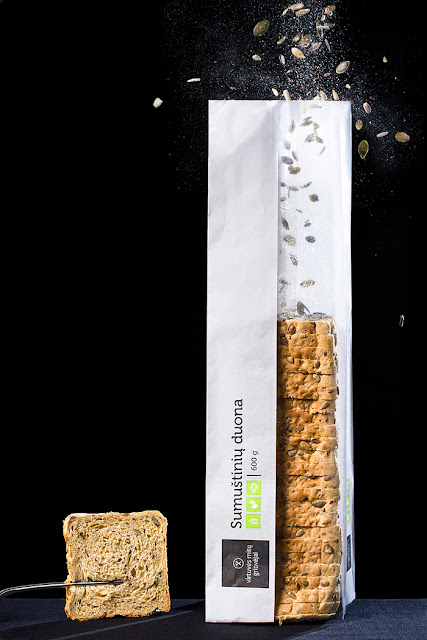 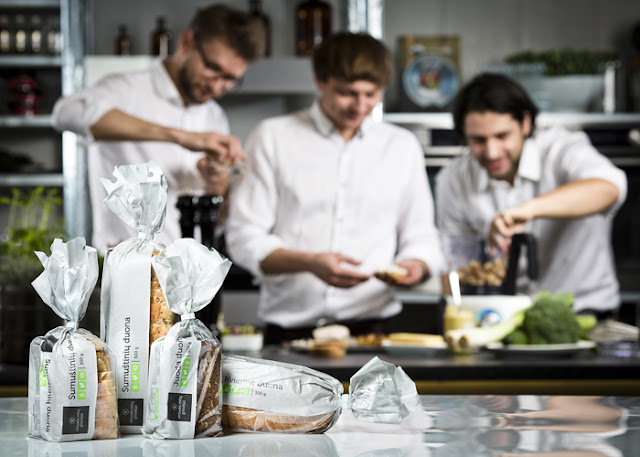