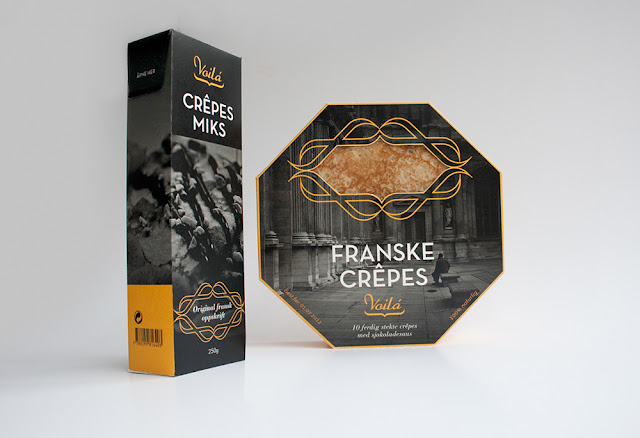 While French crêpes are well known in Norway, the existing producers on the market only provide traditional “pannekaker” (means pancakes in English). The main difference between crêpes and pannekaker is which topping it is eaten with. It has become more common in Norway to eat pannekaker the French way. Voila aims to be the first producer of French crêpes to be sold in shops in Norway.

The inspiration for the package design came from old French black and white photos and movies. Black and white pictures on a package were used to create a link with the French culture.

The idea behind the octagonal box was to create a packaging for crêpes that also can be used as a serving plate. The bottom part goes straight to the microwave and then on the table.

The box for the crepes mix includes a sieve to solve the problem with lumps when mixing the ingredients. 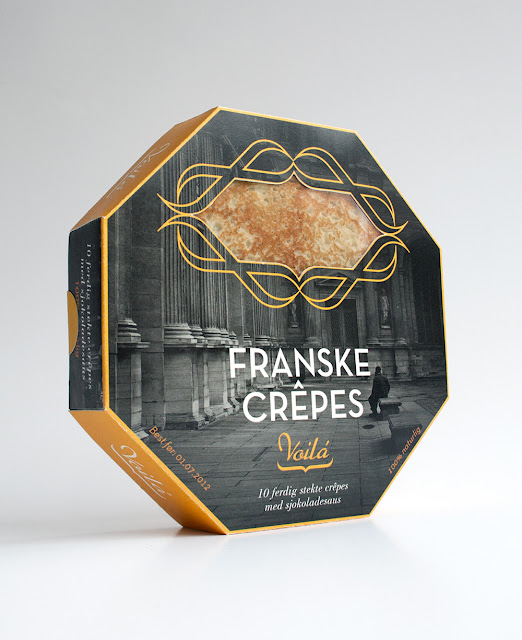 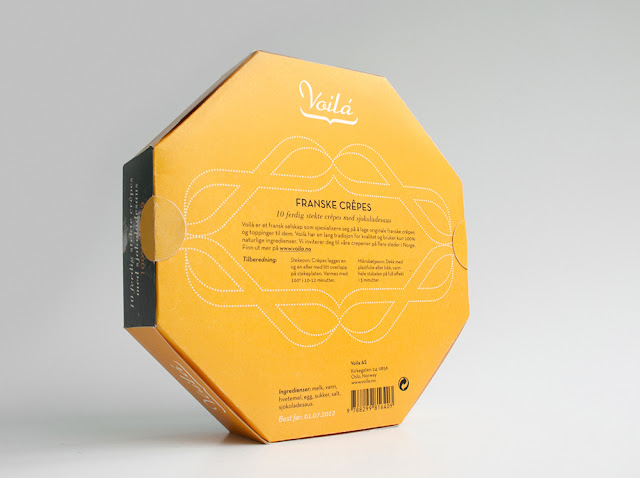 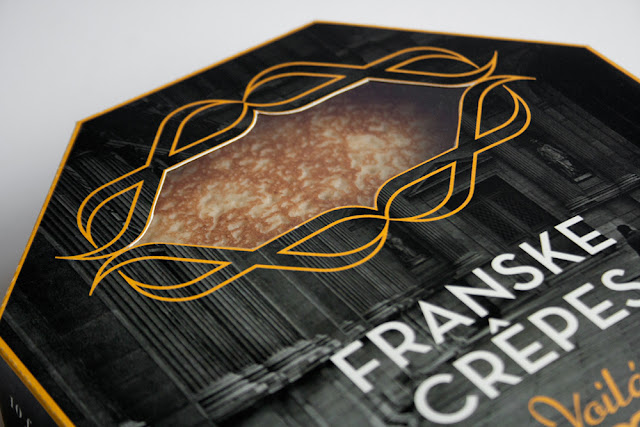 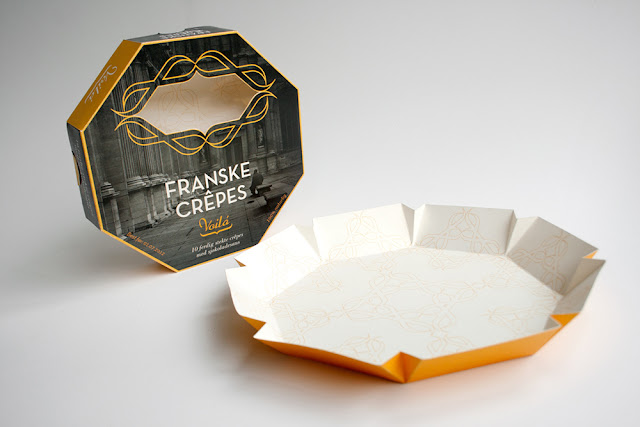 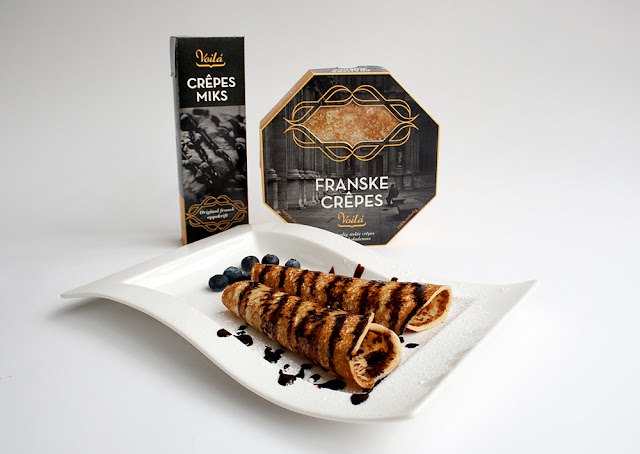 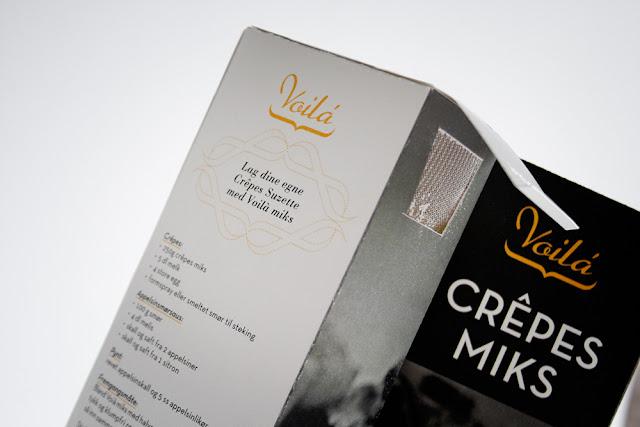 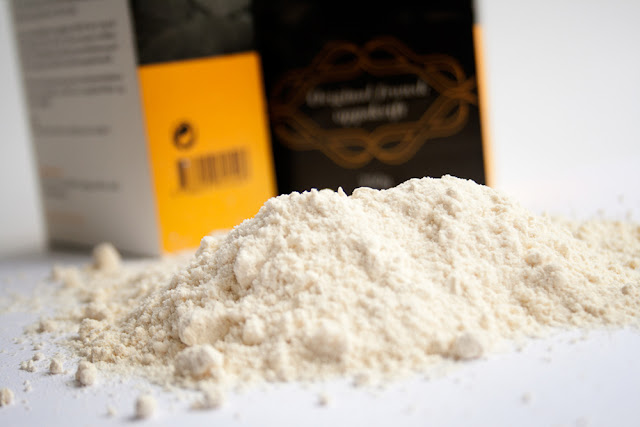 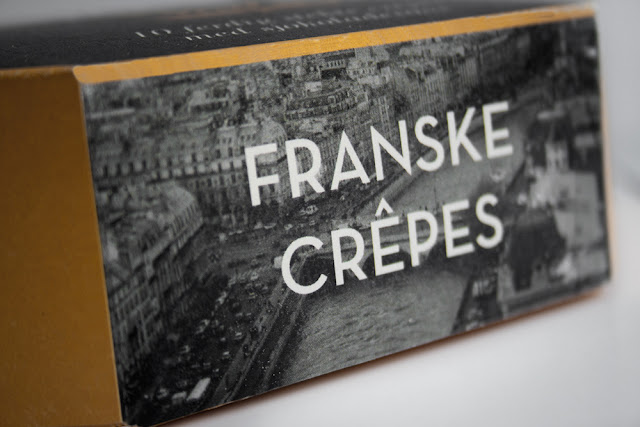 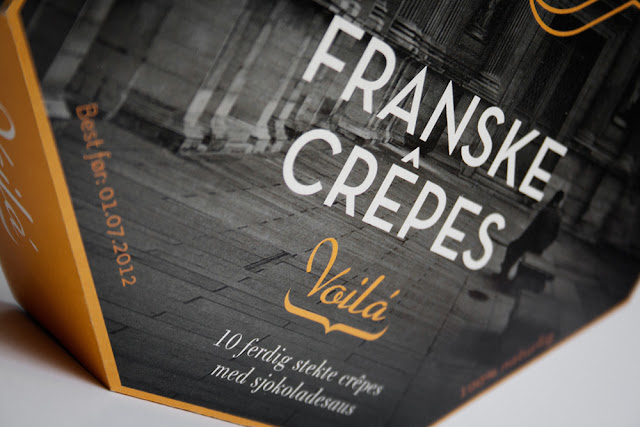