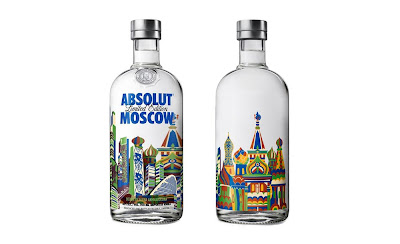 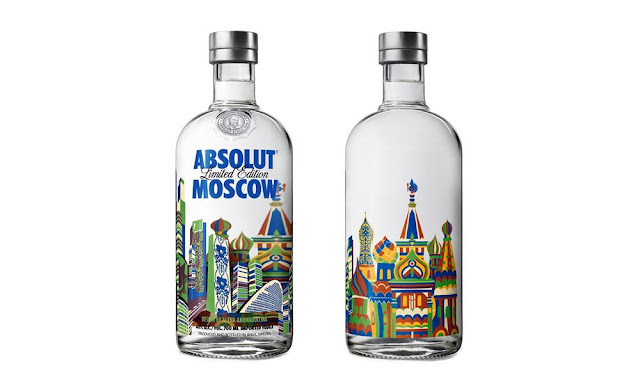 Prague, March 28th, 2013 – Cocoon Group collaborates with Pernod Ricard and Russian fashion designer Alena Akhmadullina to develop ABSOLUT Moscow, a limited edition that pays tribute to Russian clutural heritage. This collectable bottle, available only in Russia, features a striking, dynamic, and fairy-tale inspired design, and will be on shelves during a limited period of time from April 2013.

The bottle is designed to make Absolut closer and more appealing to Russian consumers by presenting Russian culture codes in new, creative ways, the bottle celebrates the revivalism of traditional Russian culture. Beautiful, traditional architecture, collected from several parts of Moscow, are contrasted with a glimpse of Russia’s future.

To express the combination of tradition and cutting-edge design, ABSOLUT turned to one of Russia’s most successful designers. Alena Akhmadullina is known throughout the international fashion scene and celebrated for her artistic expression and her bold, ornate and elaborate prints and dresses. Ms. Akhmadullina finds inspiration in everything from Moscow – Baroque architecture and Russian fairy tales, to Paris runways. “With my fashion line, I try to break down stereotypes to combine the old and the new, to mix Russian audacity with European style. When ABSOLUT asked me to design the bottle for ABSOLUT MOSCOW, I immediately saw an interesting opportunity – to look at the iconic ABSOLUT bottle through the prism of Russia, and at the same time look at Russia through the prism of ABSOLUT.”

The resulting design features a modern Moscow cityscape on the front, with traditional buildings visible on the backside through the glass. The new urban scenery is glossed in an elaborate style reminiscent of traditional Russian paintings. As you turn the bottle around, the city goes from present to past to present again.

CG took an active role in multiple aspects of the proejct, including thematic direction for the work, helping select potential artists, collaboration with Akhmadullina to find the right vision for the final work, and then making sure that vision could be translated into an effective bottle design.

According to Zuzana Behova, managing director of CG in Moscow, “A collaborative project like this is always a refreshing change and a chance for us to see the world through the eyes of our collaborative partners. Working with Ms. Akhmadullina was particularly enjoyable as her style really lent itself to a stunning interpretation on the iconic Absolut bottle.”

This is not CG’s first experience with Pernod Ricard or even collaboration with outside artists. CG also collaborated with student artists and young artists for the Becherovka Art.Edice limited editions in the Czech Republic in 2011 and 2012. 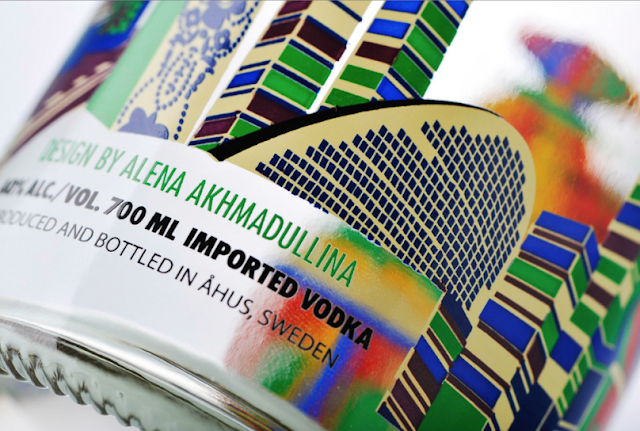 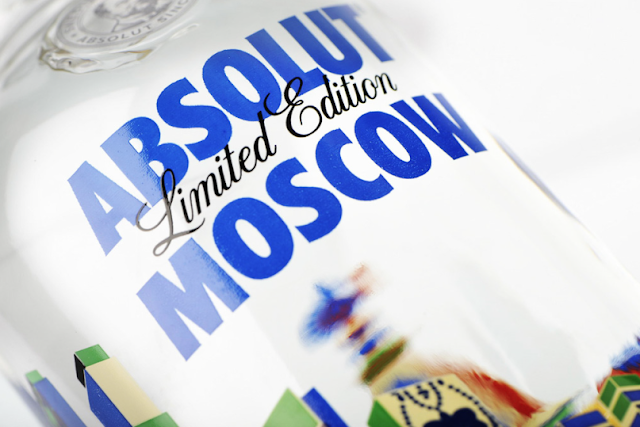