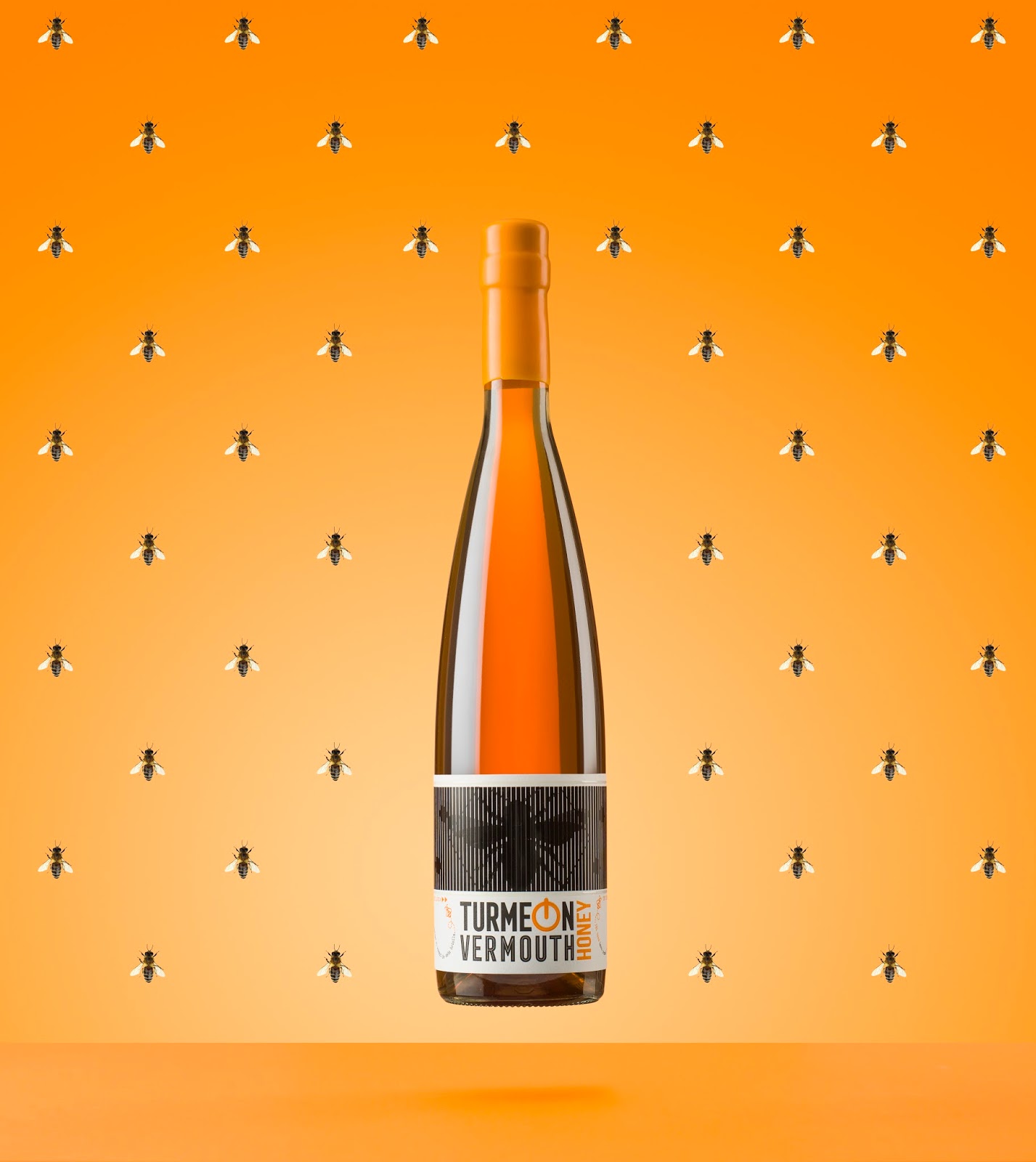 NEW IMAGE AND FLAVOUR FOR TURMEON, THE WORLD’S FIRST VERMOUTH WITH AN ANIMATED LABEL
Turmeon Honey is the world’s first vermouth sweetened with honey and it was created with cocktails in mind.

After the famous heart-eating Pac-Man and the leaping dolphin, this is the occasion for a bee to beat its wings when the label is turned.

The award-winning brand of vermouth, which continues to win fans with its flavour and design, has once again turned to kinesiograms for its bottles in order to create the optical illusion of movement on each of them.

When flavour and image come together, success is certain. “People are won over by their mouths and their eyes.” This is a general truth, in the opinion of Martín Jaime, manager of Bodegas Jaime and creator of Turmeon – the world’s first vermouth with an animated label.

This vermouth was recently presented with the special jury prize at an international design and printing award event in Tel Aviv, thanks to its label featuring an endearing Pac-Man eating hearts. Now Turmeon has again created a special image for its new product: Turmeon Honey. This is the world’s first vermouth sweetened with honey, and it has just been launched at the Salmón Gurú gastrobar in Madrid, the new establishment with Argentinian bartender Diego Cabrera at the helm.

After its famous heart-eater, the image of the brand’s red vermouth, and the leaping dolphin, the image of its white vermouth, it is now the time to see a bee beating its wings when the label is turned. Martín Jaime has once again turned to kinesiograms for his bottles in order to create the optical illusion of movement on each of them.

These optical illusions are achieved by superimposing templates with different images and applying a filter which passes over them, alternating them to create the impression of movement. Turmeon’s image has allowed the brand to be successfully exported and to have a presence at a large number of trade shows. “Eighty per cent of the people who pick up a bottle in a shop end up buying it. I created the label with this premise in mind, and in only two months the idea spread, and it was the distributors and importers who came knocking on our door,” explains Martín Jaime.

The traditional label is on one side of the bottle, with six static images on the back, and then there’s the acetate overlay with vertical perforations that allows the image to move when we turn the bottle in our hands.

In addition, the new Turmeon Honey bottle, which is aimed at the world of cocktails, is sealed with wax, unlike the Turmeon red vermouth bottle which has a glass stopper.

Turmeon premium vermouth is produced in the town of Morata de Jalón in the Spanish province of Zaragoza, and has gained international renown. Sixty per cent of its production is exported to Belgium, the Netherlands, Australia, the United States, the UK and Germany. The makers also hope that this aphrodisiac beverage is available in every city in Spain before the end of the year. 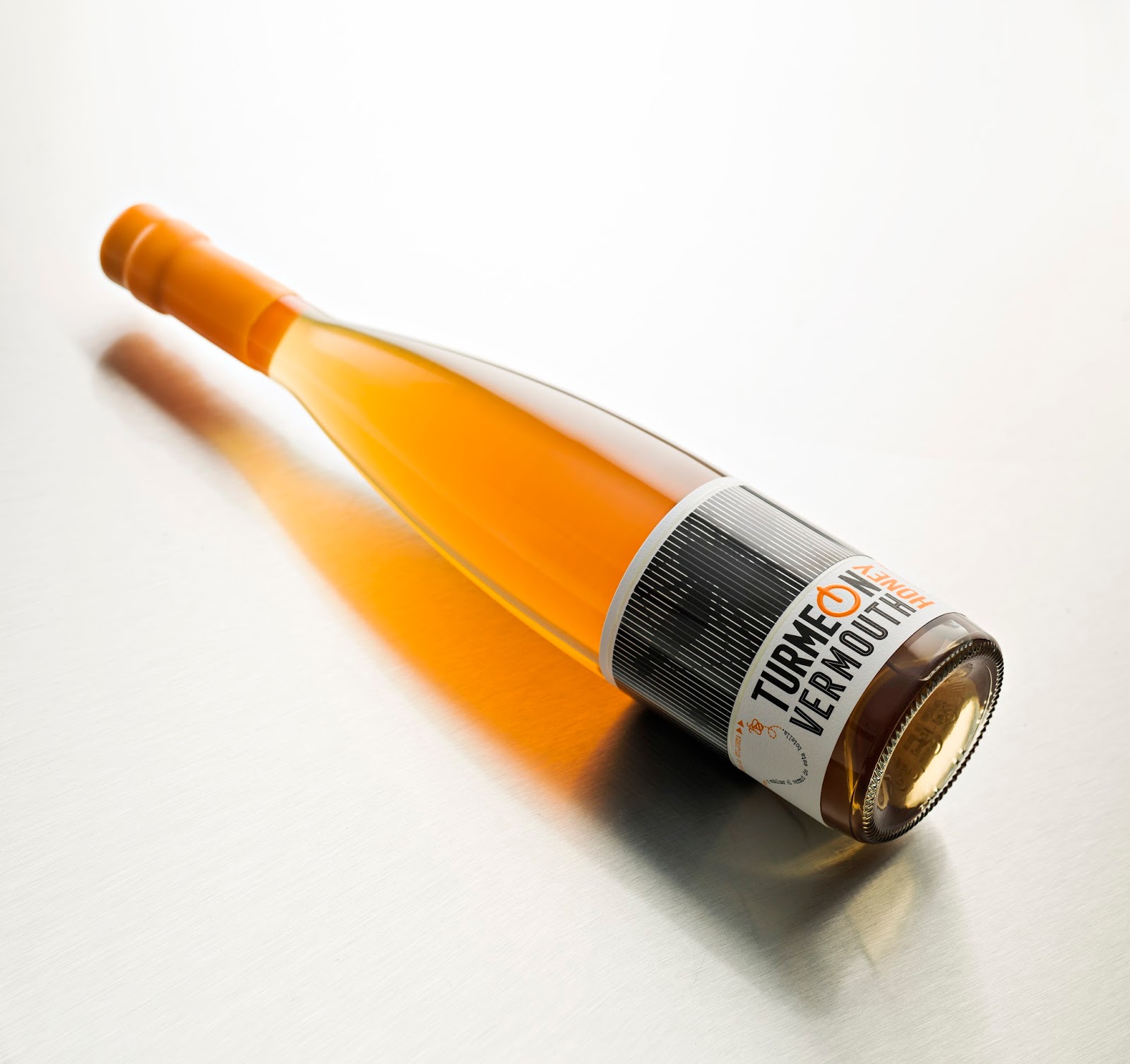 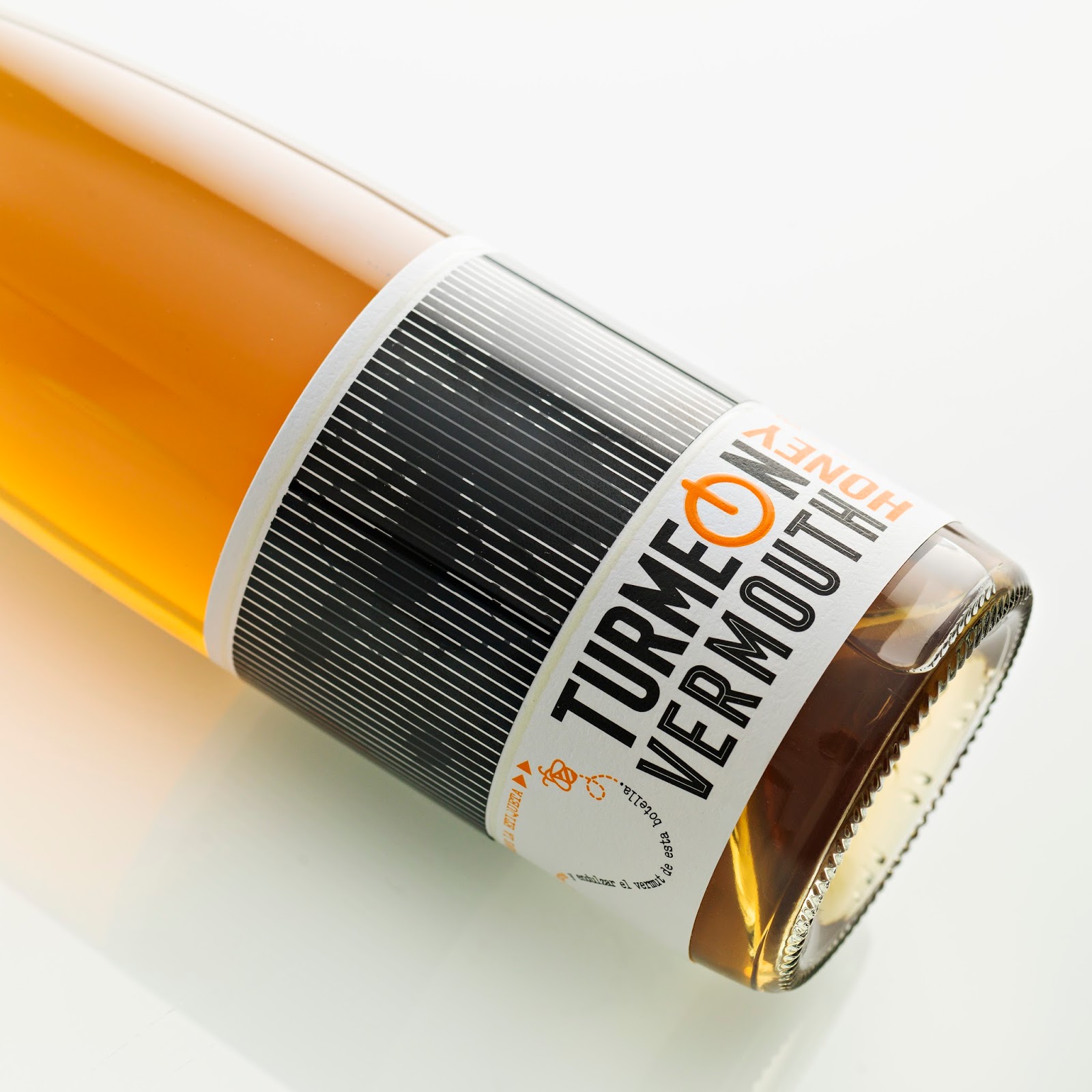 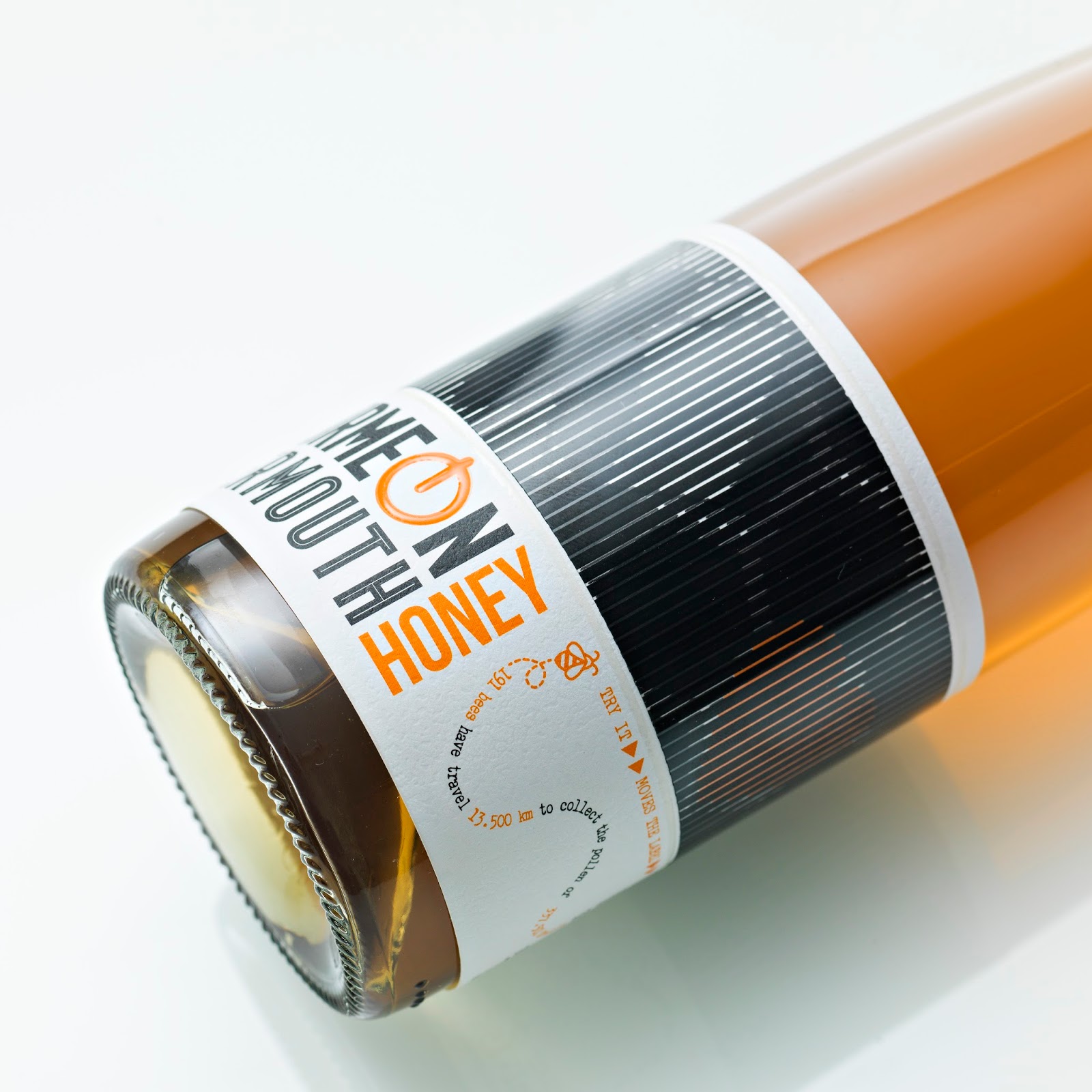 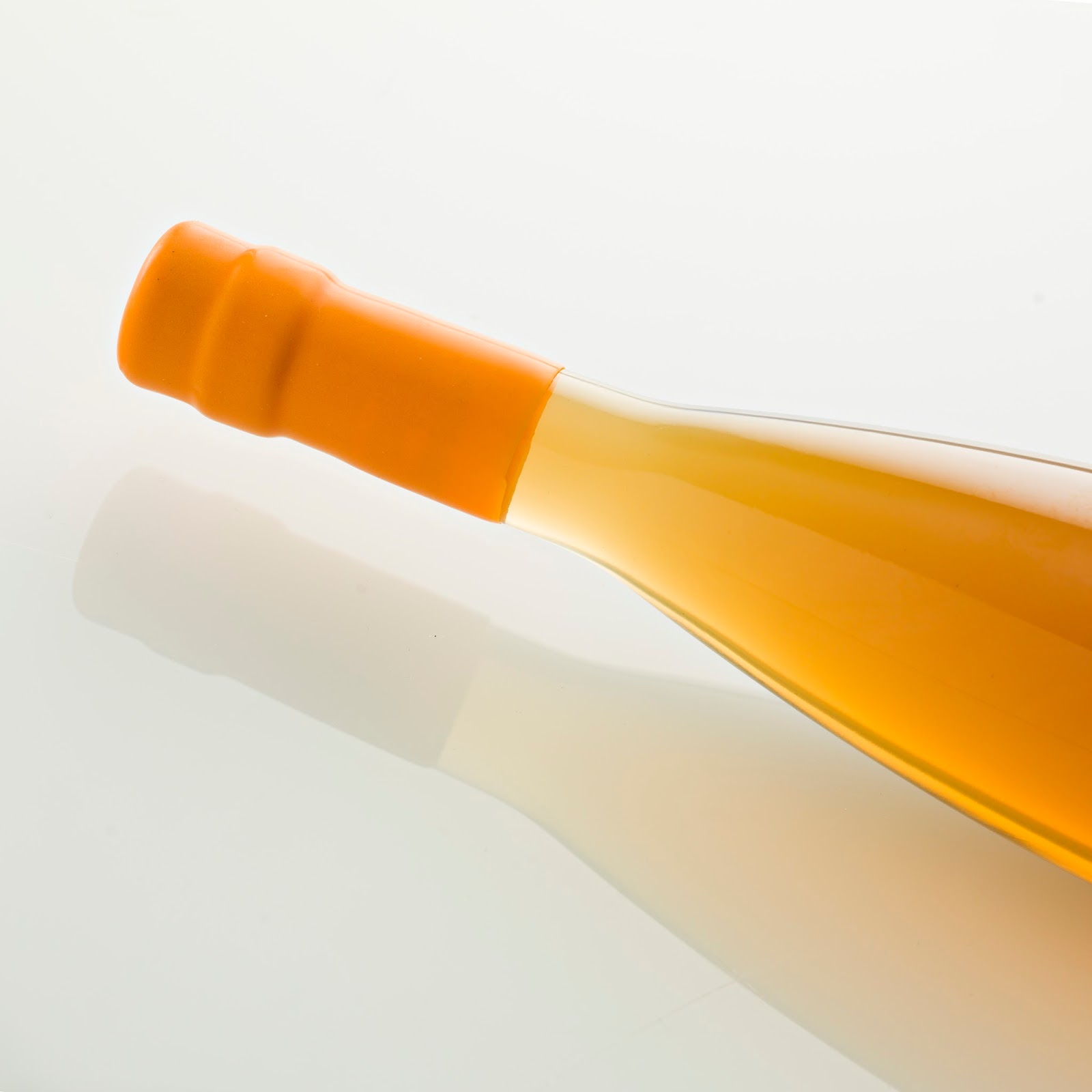 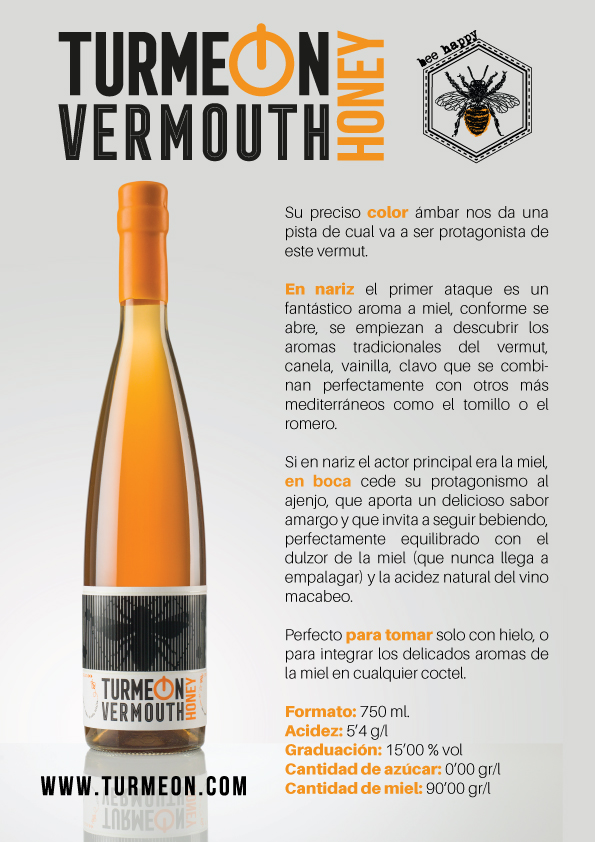