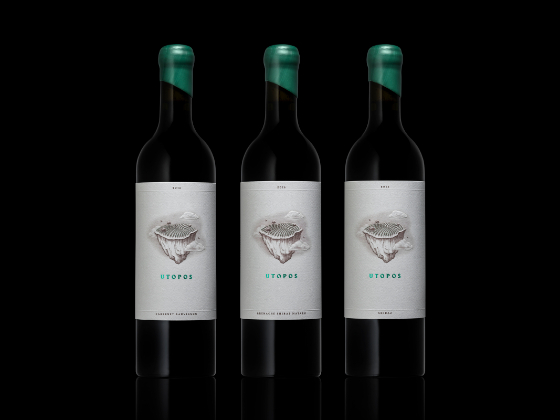 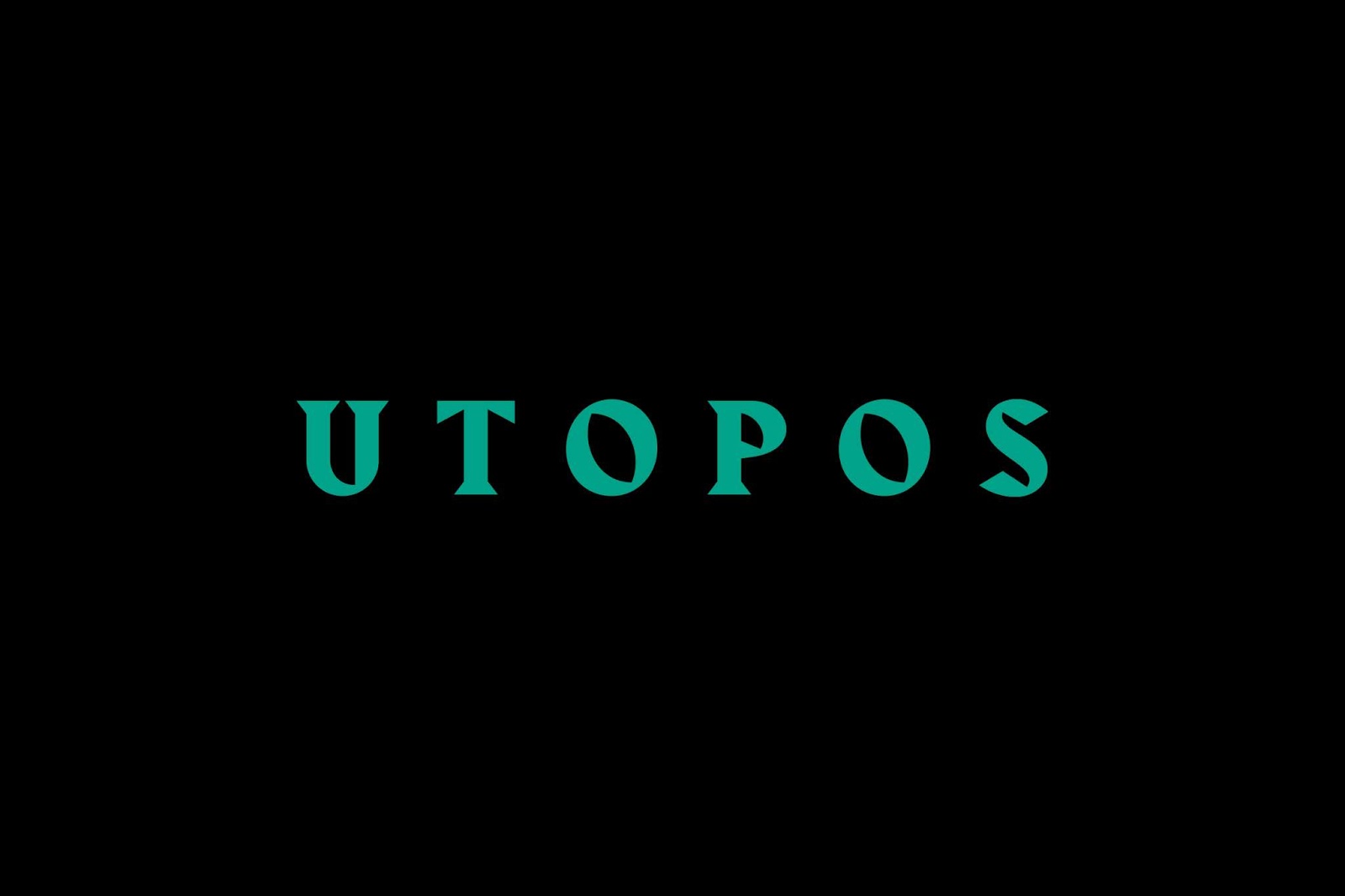 Utopos (pronounced ewe-toe-pos) is a partnership between Kym Teusner of Teusner Wines and an old friend who has a somewhat romantic and unobtainable view of the wine world. Together, they purchased a superb Barossa vineyard; known for producing a small harvest of fruit that has long been desired by other producers for their top-end wines. “The vineyard straddles one of the highest points on the Barossa Valley floor on the boundary of the Greenock and Marananga sub-regions. It shares some of Barossa’s most prized and famous terroir,” says Kym.

‘Utopos’ is a Greek word derived from ‘Utopia’, meaning a good and perfect place. Kym’s mate dreams of the wine world as idyllic, but in reality it’s hard work. However, both he and Kym believe they have found the perfect place; hence named their vineyard ‘Utopos’. 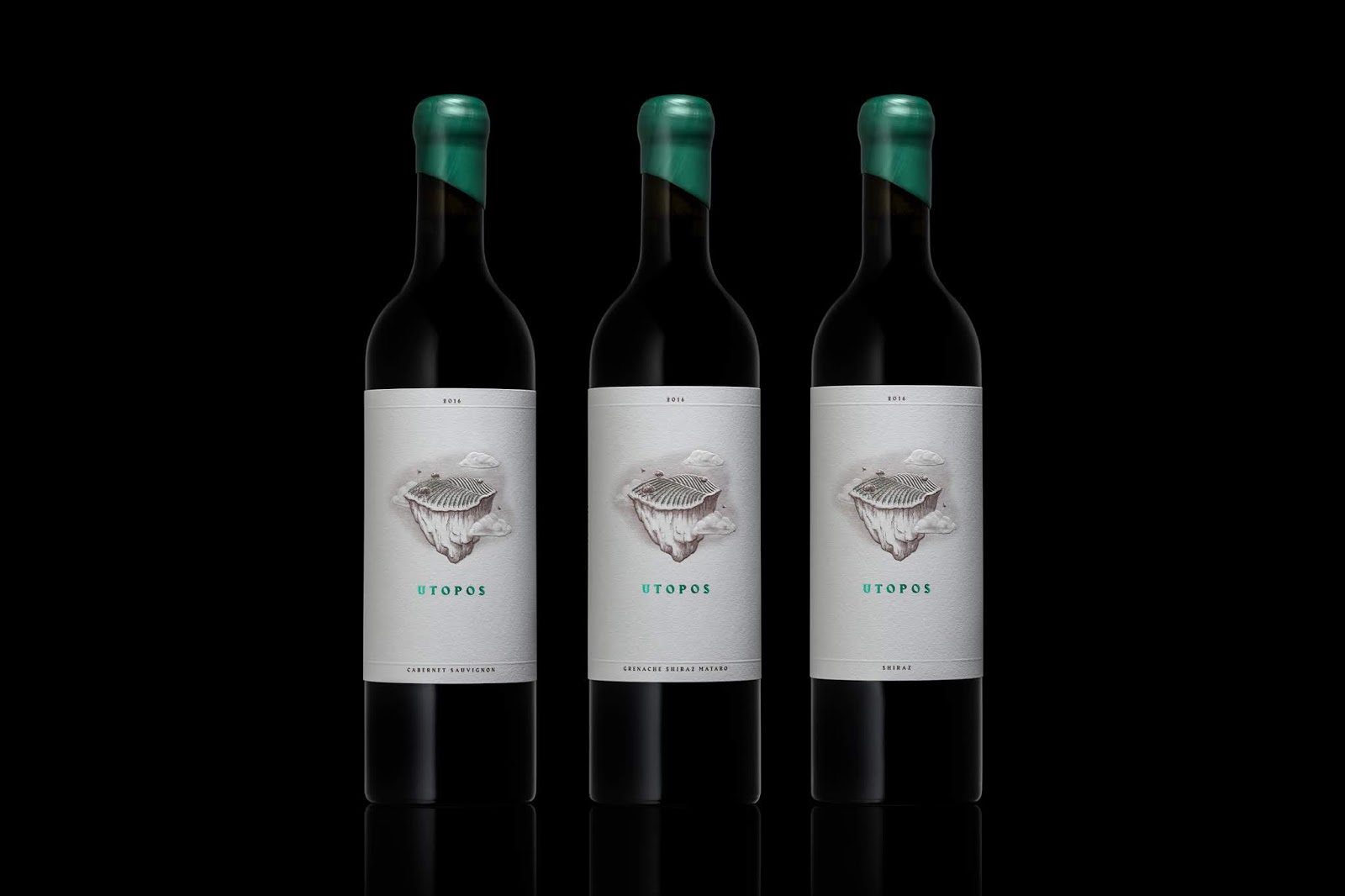 Cornershop were briefed to create a wine brand and packaging design that would engage both a Chinese and domestic market; a contemporary solution with traditional values. “We used our imagination to create an unobtainable ‘perfect’ place,” says Damian Hamilton, brand keeper & designer. “Mindful of the Chinese’s quality association with chateau etchings on labels, Cornershop created a classically-inspired illustration of a Barossan Utopia. 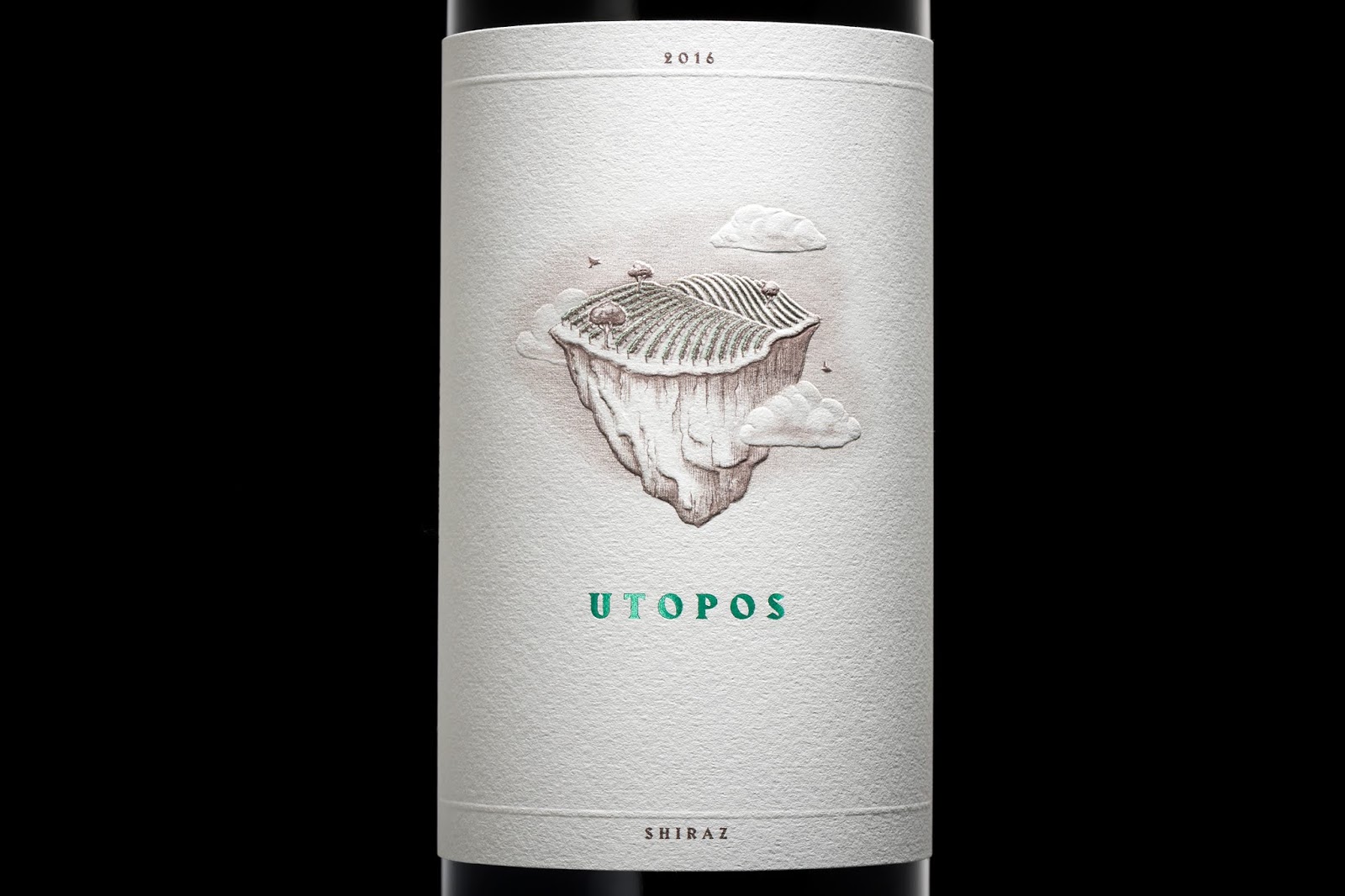 For further distinction to appeal to the culture’s symbolic beliefs, rather than embellish the label design with a dragon, number 8, red or gold, the logo is finished in a jade green foil. Jade stone is a symbol of goodness, preciousness and beauty in Chinese culture. To reinforce the products A$65 rrp price point, the illustration is brought to life as an embossing and the bottle is topped with a wax seal.” 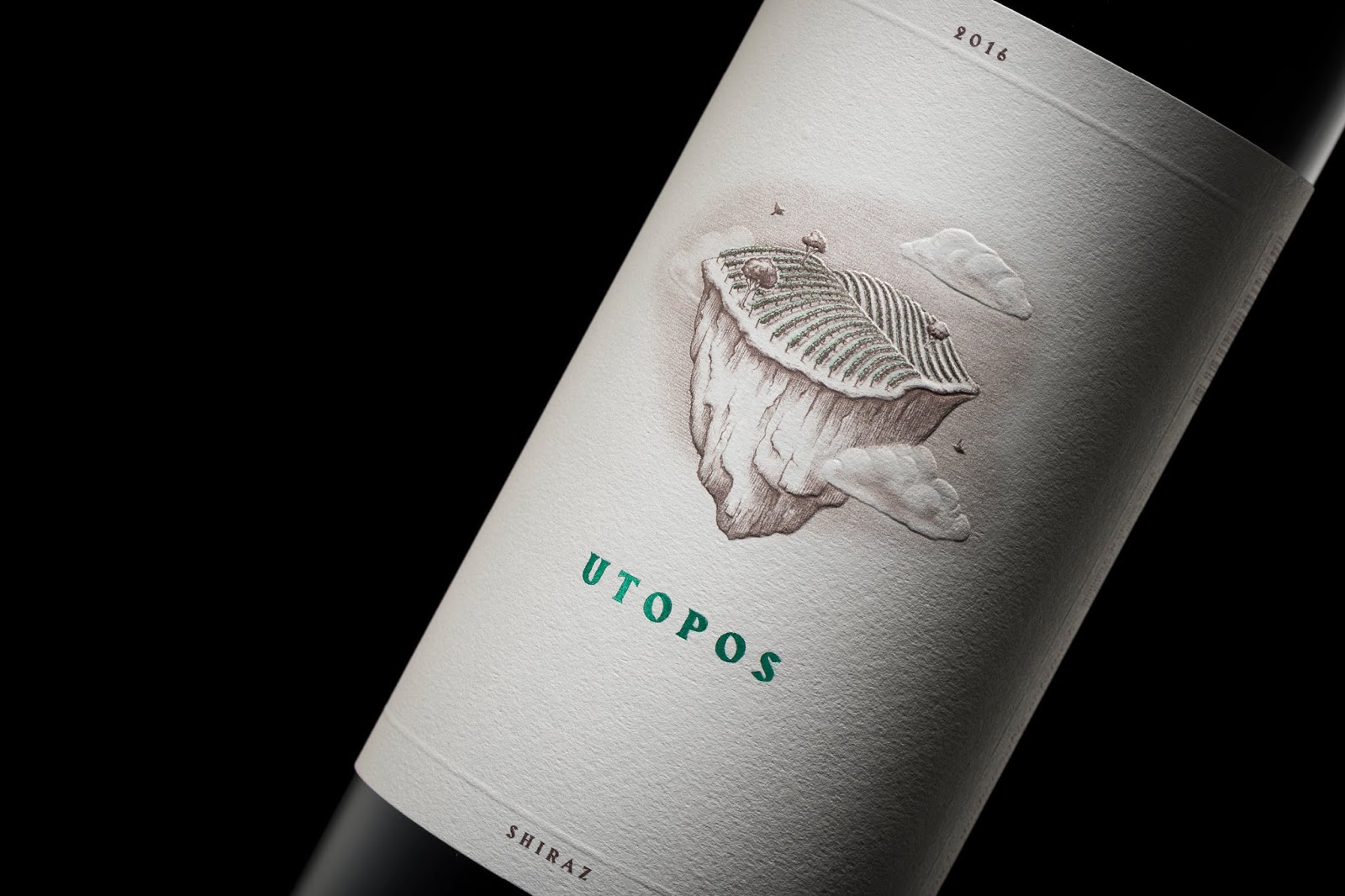 Since its recent release in limited quantities, Utopos is already sold to multiple customers in China and a few private clients in Australia. Talking about the packaging, Kym says: “It seems to have immediate appeal. I have had more than one domestic distributor say to me “How do we get our hands on that gear” without even tasting it and no critical review being available – ie based entirely upon the package.” 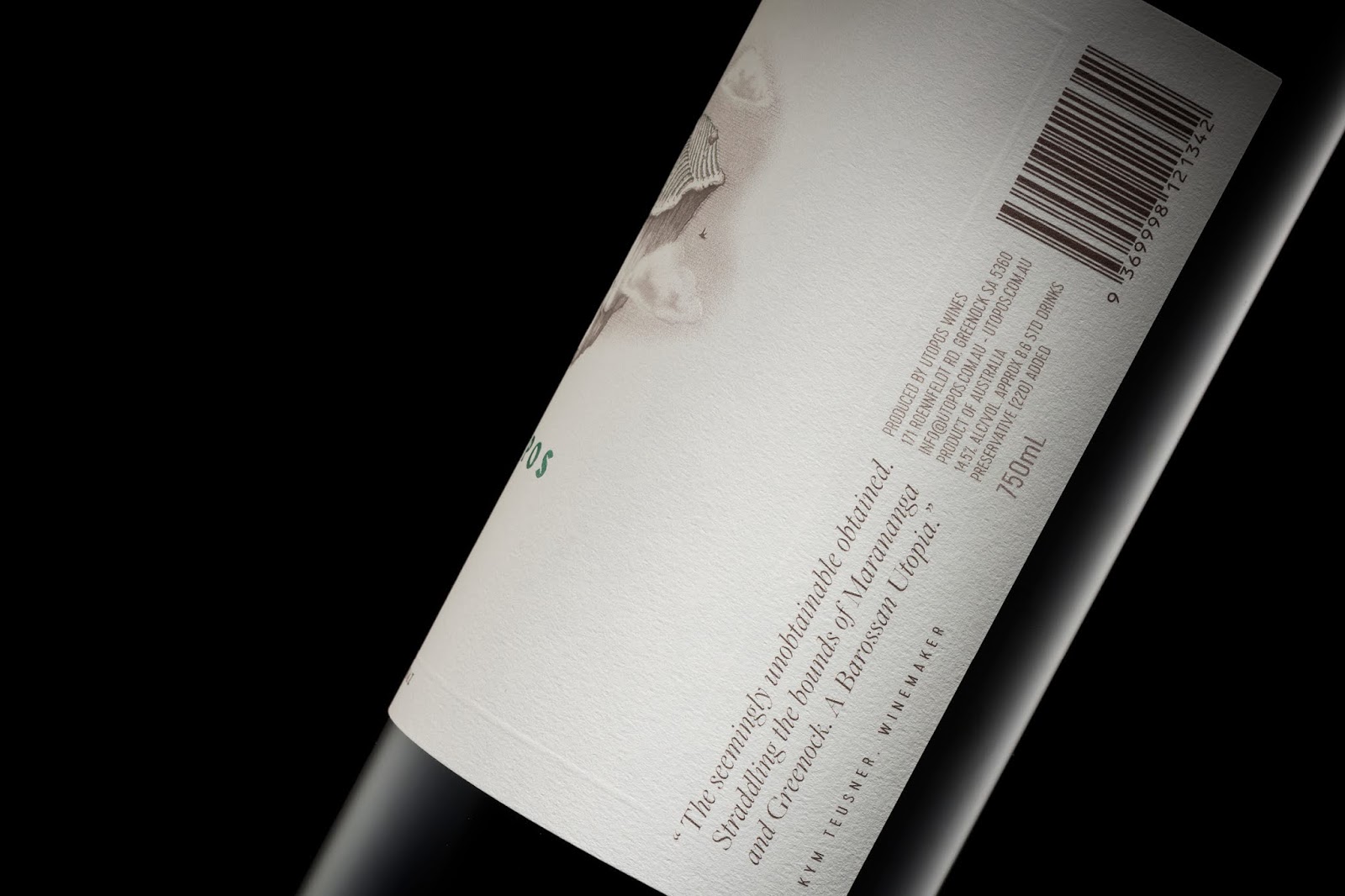 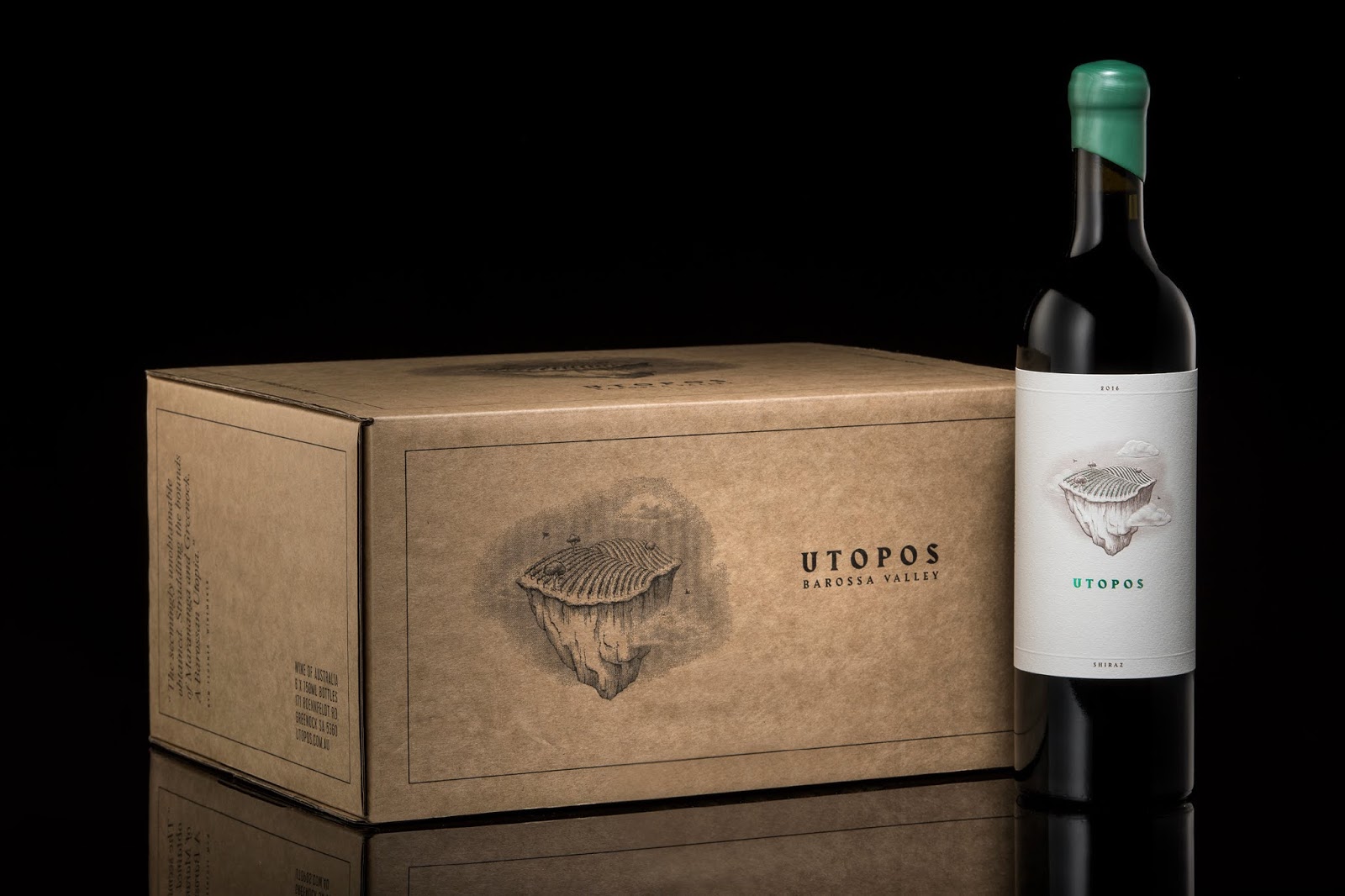