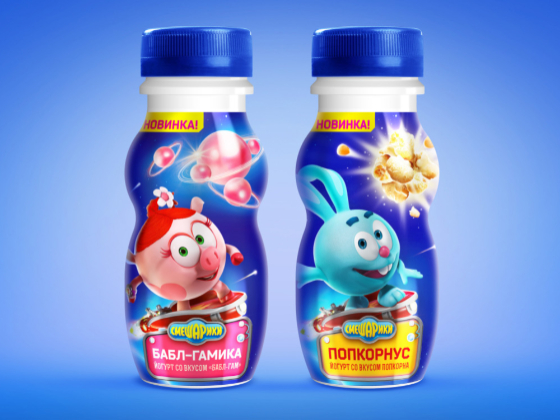 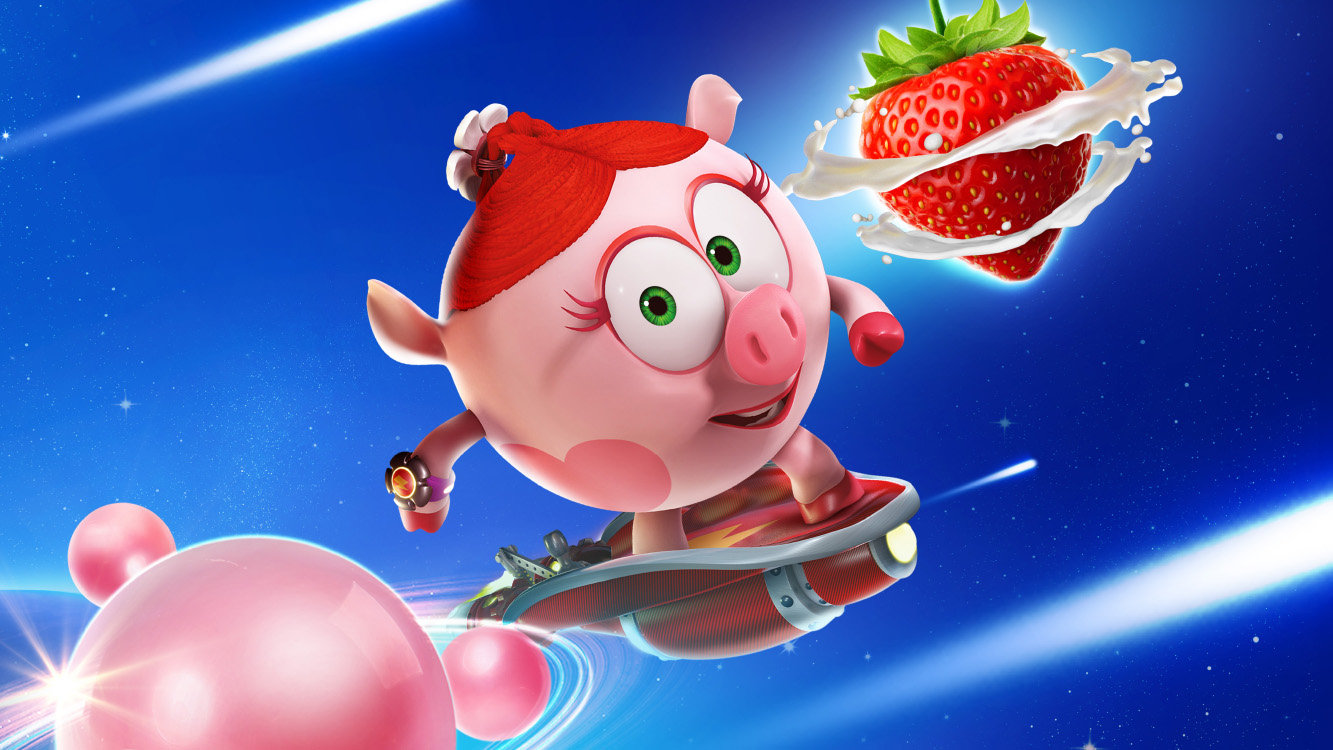 Danone “Smeshariki” dairy product line appeared in the wake of popularity of a similarly named cartoon among the audience of 4-7-year-old children.

The project expanded and over time a new science-oriented educational cartoon called “Smeshariki Pin Code” was launched. Designed for a more mature audience, it centered around the various phenomena of the surrounding world and outer space, and introduced fascinating scientific facts in an entertaining manner and in understandable terms. In light of that, Danone reached a decision to update the entire “Smeshariki” product line and tailor it to the needs of a more mature audience of children aged 7 and above. 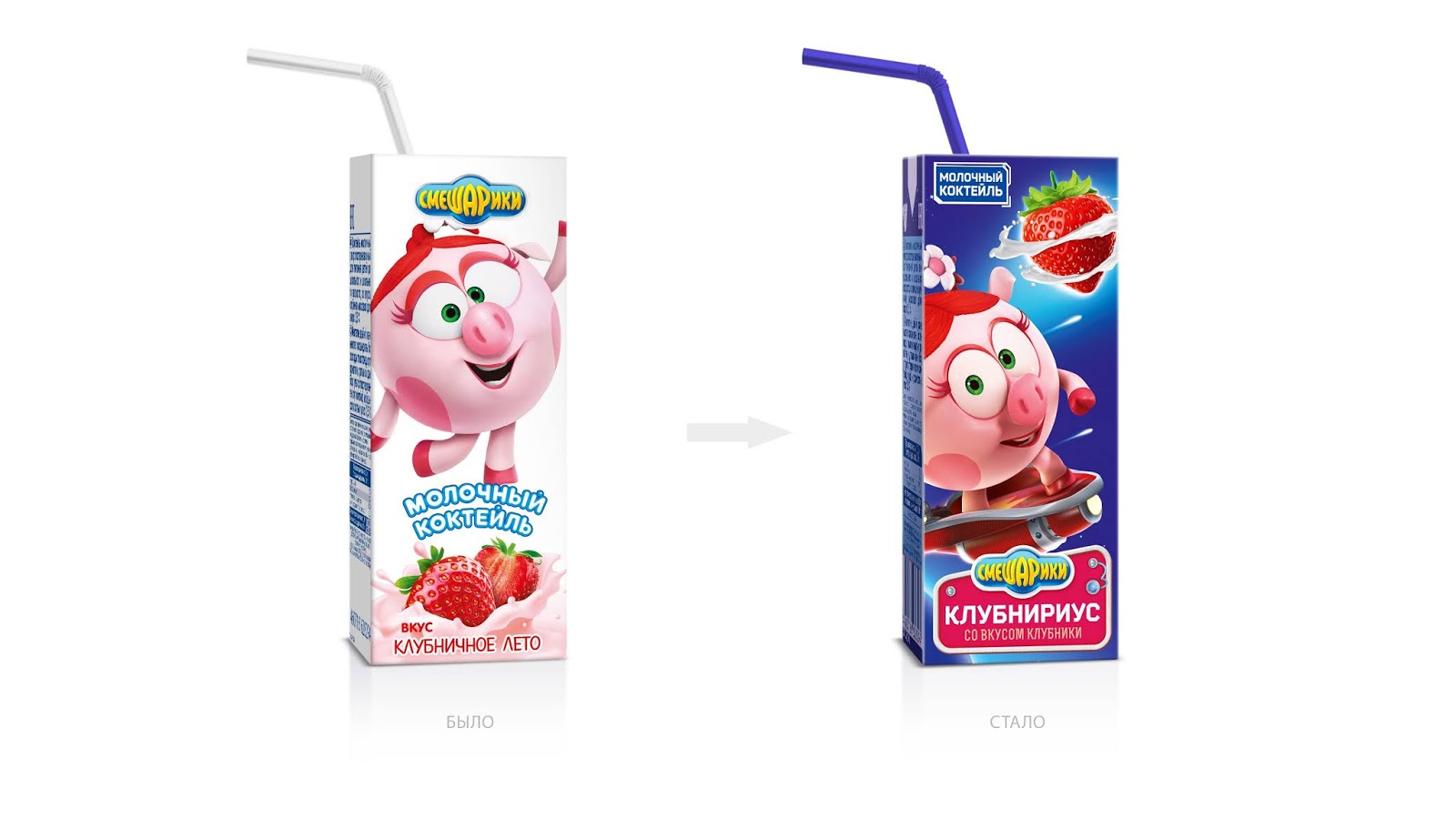 We have developed a package design for the entire “Smeshariki Pin Code” line, which integrated a variety of products into a single visual concept, creating a coherent, yet flexible design system. We built upon the idea of space ​​travels and adventures, came up with the names for each product that would fall in line with the overall concept of the cartoon – Chocolider, Klubnirius, Alpha-Vanilla, and others, developed “cosmic” images to go along with product flavors that showcased their names, as well as devised and illustrated learning activities and rebuses on the backs of the packages.

In 2019, proactive, inquisitive and energetic “Smeshariki” characters appeared before the consumers on the updated packages available in the stores all over the country! 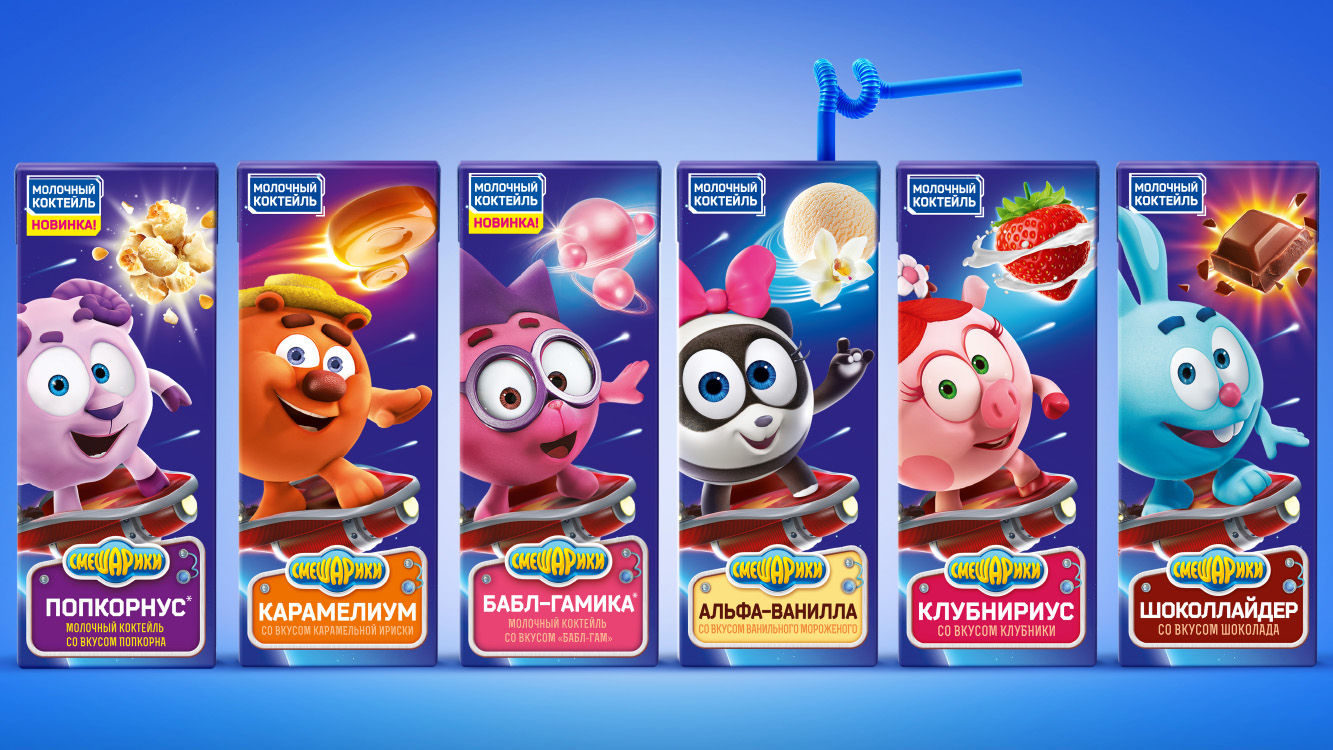 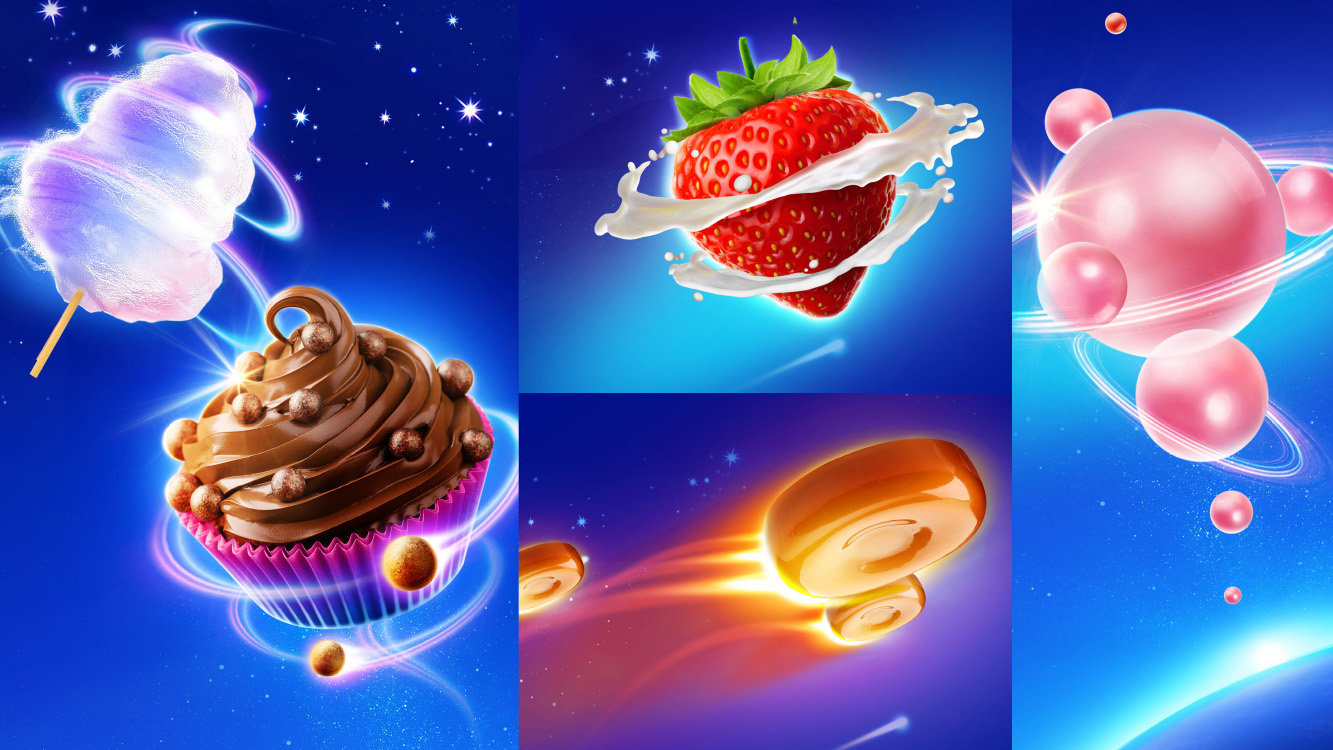 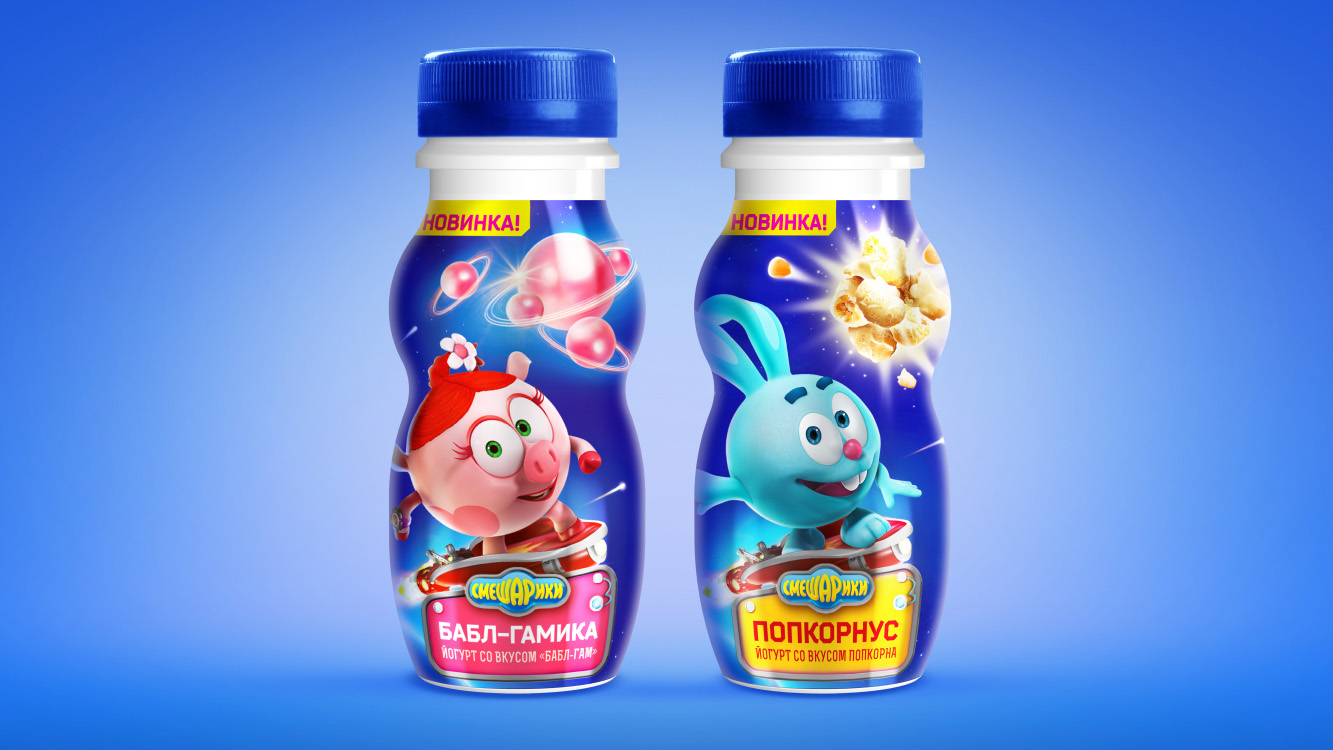 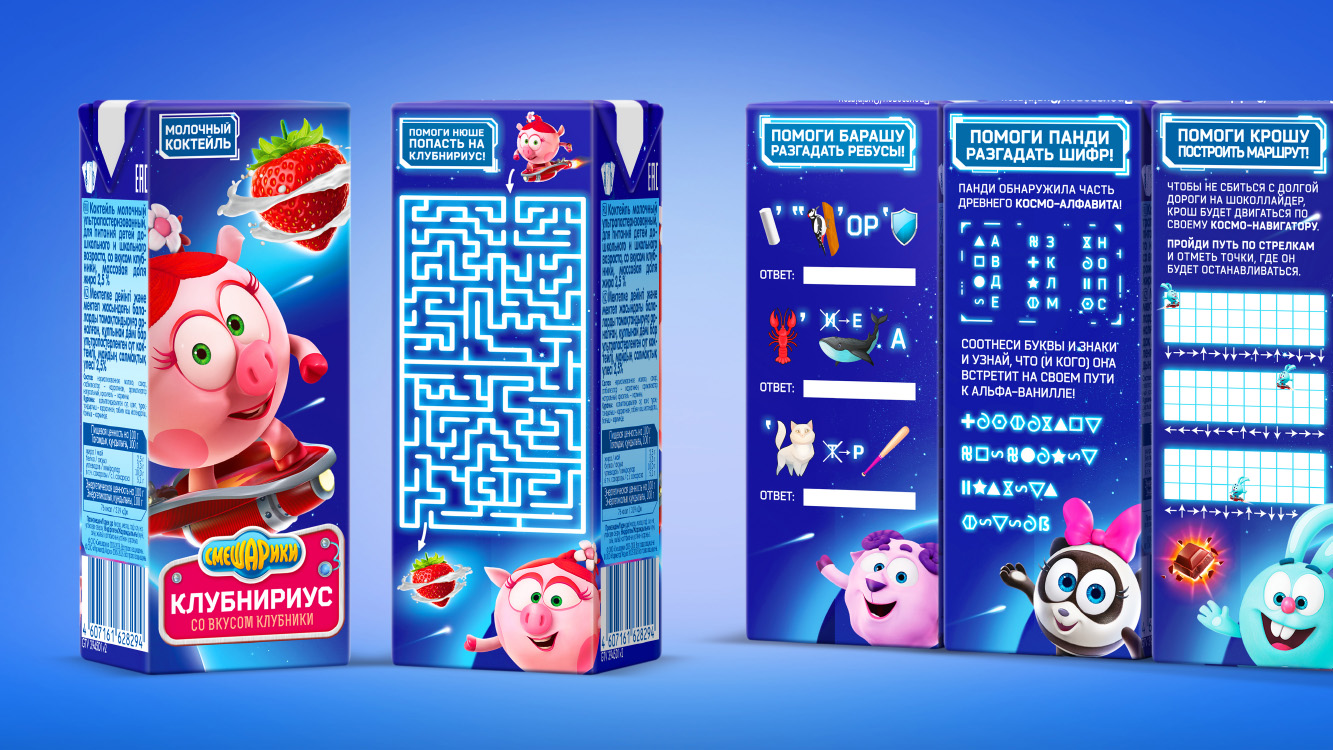 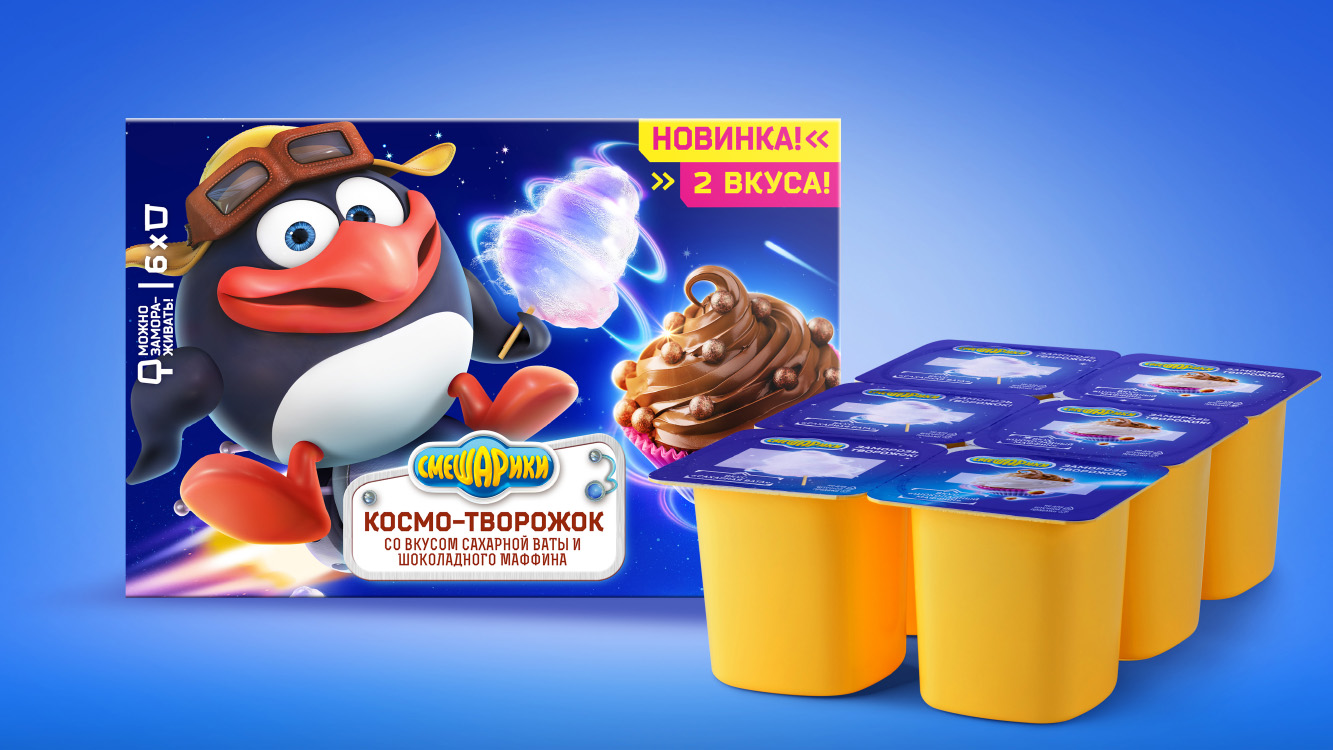 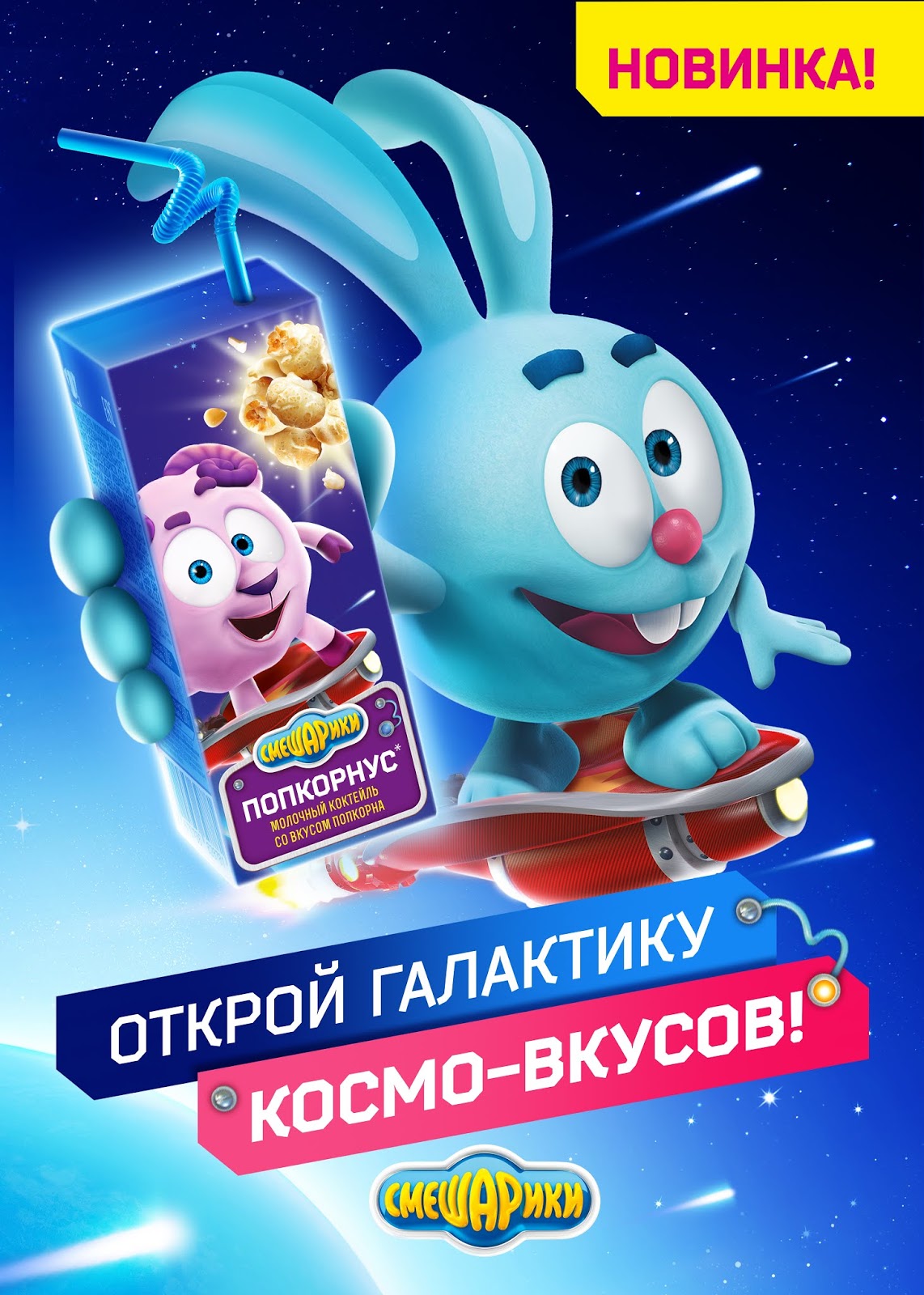