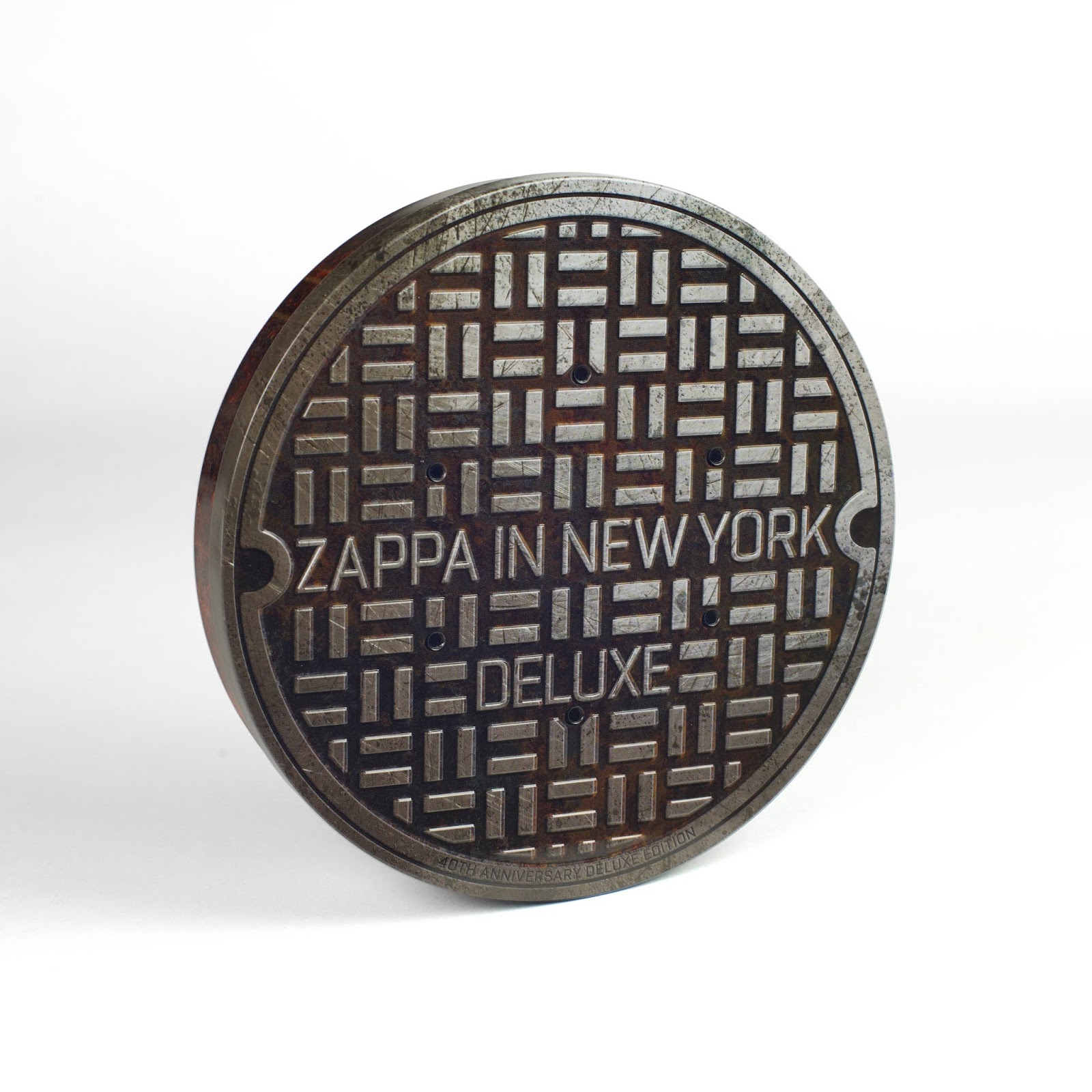 This imaginative circular case contains a rerelease of Frank Zappa’s most legendary live album. We embossed tin to evoke the look and feel of an NYC manhole cover.

In March 1978 Frank Zappa released a double album that would quickly go on to acquire legendary status. Zappa in New York was recorded live at New York City’s Palladium two years’ previous – but it was in 1978 that the tracks were introduced to the world. Forty years on a deluxe anniversary edition of the album was released. 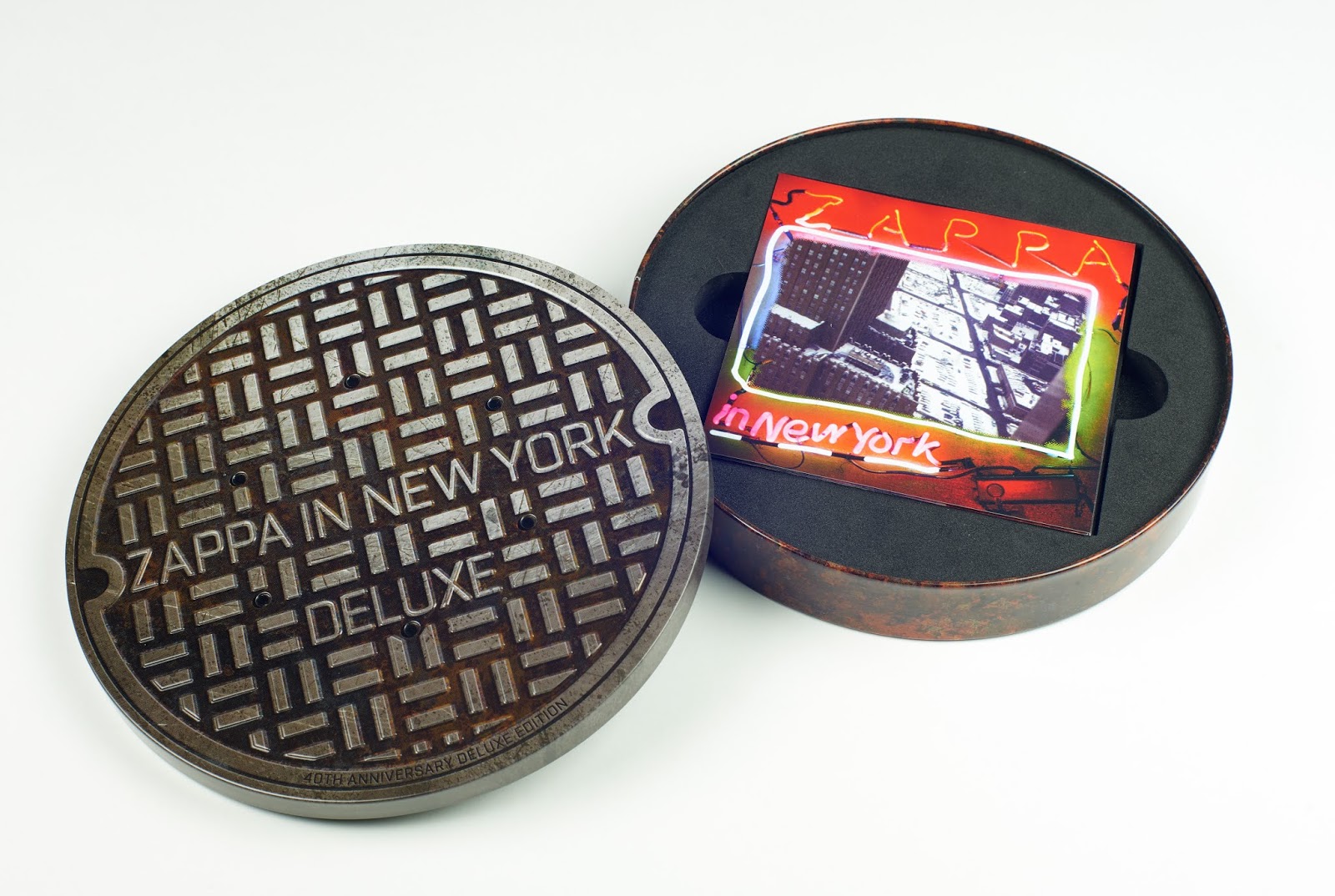 To celebrate this milestone, the Zappa Records team got in touch with GPA Global and invited us to design and manufacture the packaging for this album release. Naturally, we jumped at the chance! The finished pack, which you can read about in detail below, is inspired by one of the most recognisable symbols of NYC.

As you can see, our circular pack for the 40th anniversary edition of Zappa in New York took its inspiration from the humble manhole cover. We crafted this clever replica from tin, using multi-level embossing and micro-embossing to create a high level of textural and visual detail.

Remove the lid and a simple, elegant interior is revealed. The album – five original 1977 vinyl mix CDs in custom mini-vinyl jackets – sit within, held securely in place with an EVA foam insert. Additional features include a replica of a concert ticket from the original live recordings, and a 60-page art book. 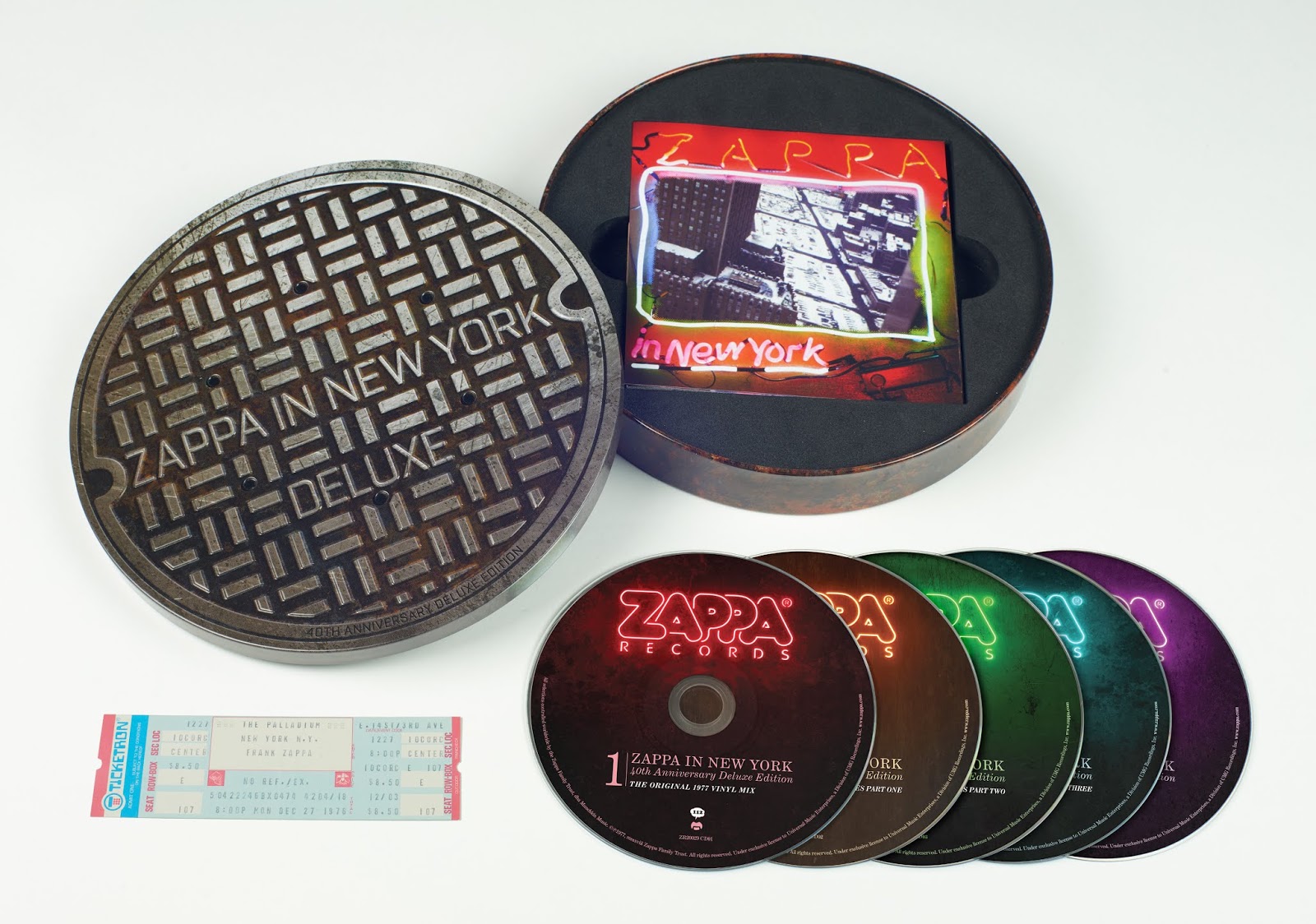 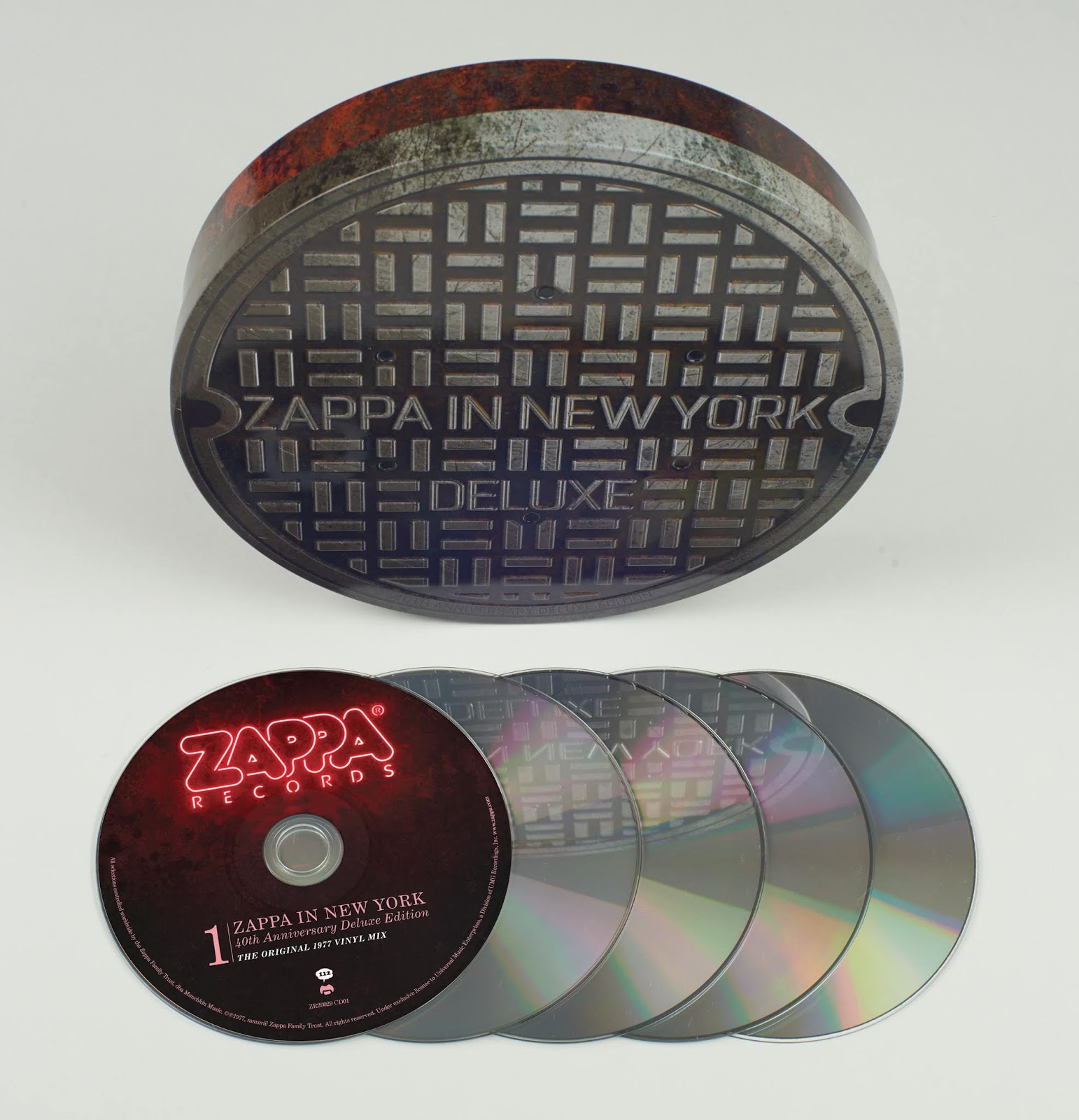 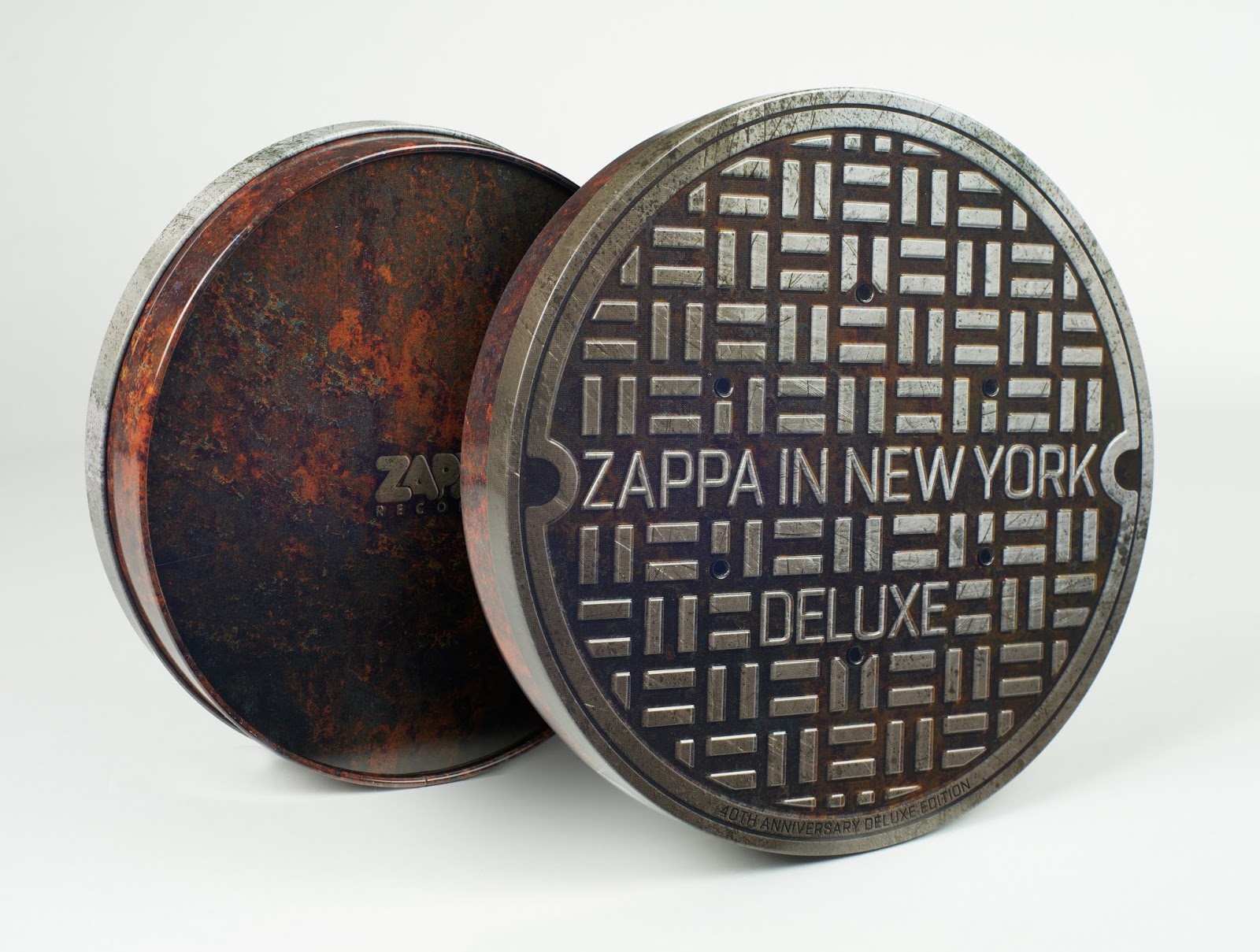