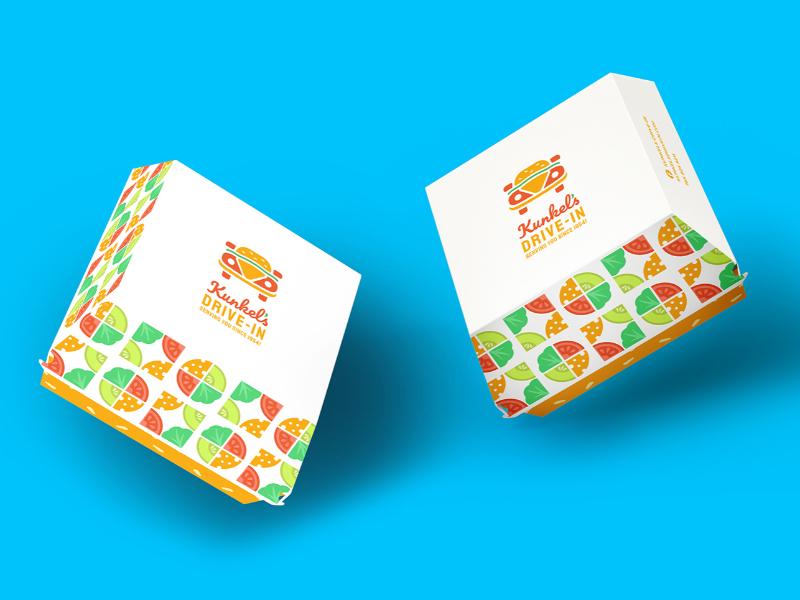 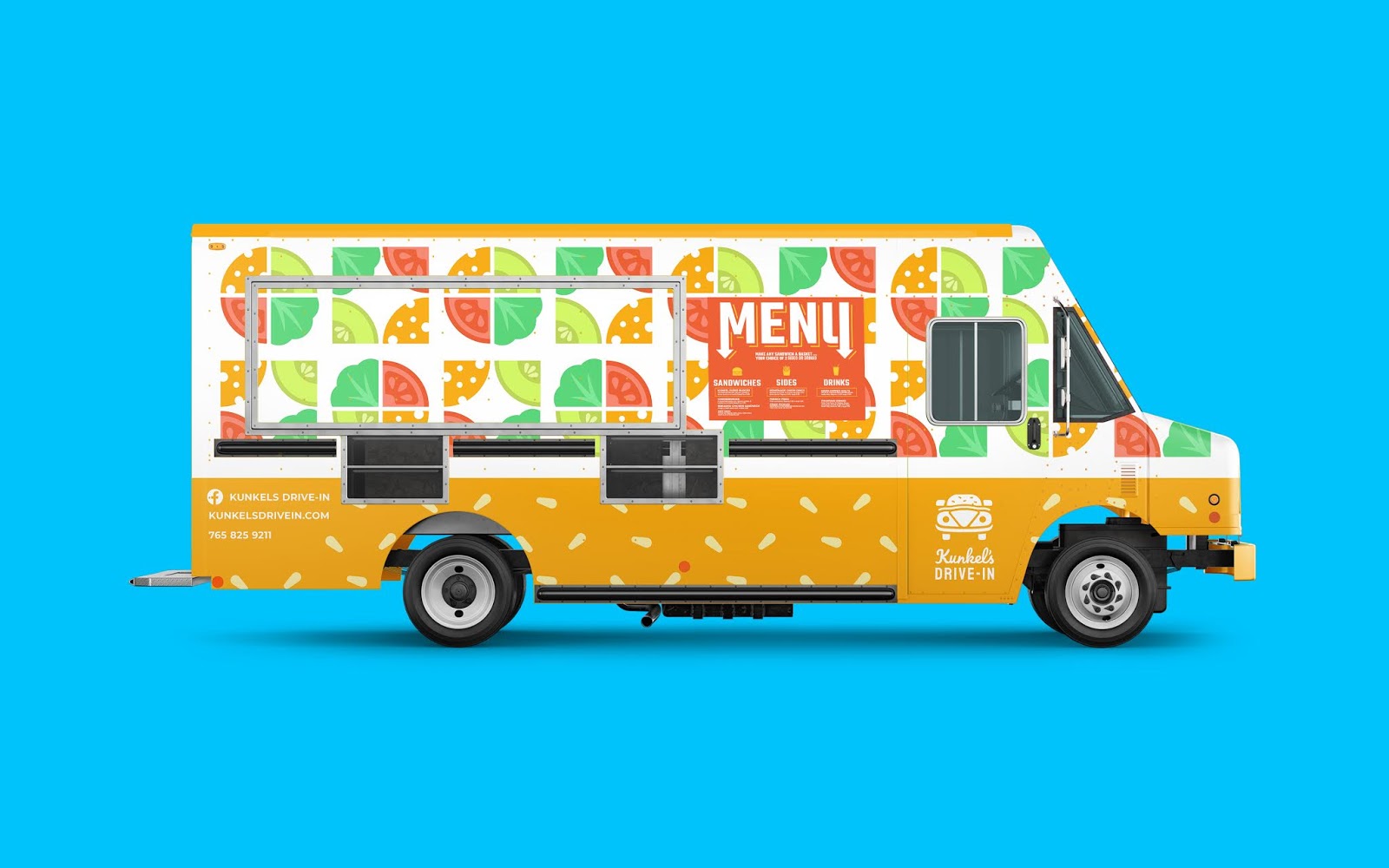 Kunkel’s Drive-In is one of the few drive-in diners still in operation in the United States. Located in Connersville Indiana, it has been operating since 1954 and continues to serve the town’s residents quick and delicious meals. Its menu items can be compared to that of fast food, along with a few locally, handmade options including pies and ice cream malts. The restaurant is a cultural landmark of the town, as it has hosted car shows since its opening years in the 1950s. Both locals and tourists compete, bringing in a wide variety of car makes and models. Most of the vehicles entered are vintage racing and show cars. 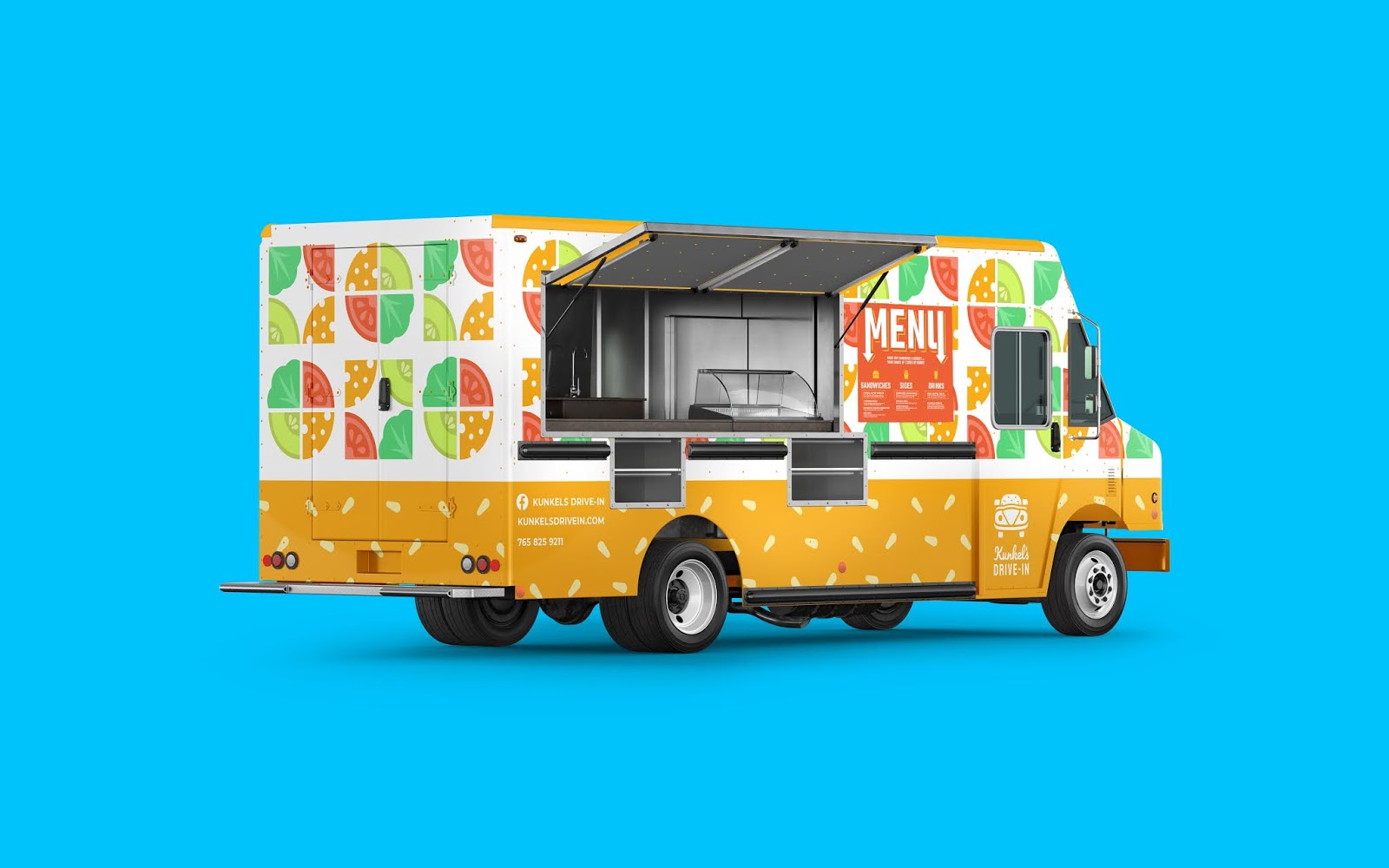 The current aesthetic relies on the 1950s retro appeal. Much of the restaurant’s visual qualities have remained the same since its debut in 1954 including the order call boxes on the exterior of the restaurant and the murals painted on the interior walls. I approached the rebranding of the restaurant in a way that attempted to preserve some of the charm of the 1950s while making the overall design more cohesive and accessible.

The menu was reduced to the restaurant’s best-selling items to make serving from a food truck possible. The packaging and the truck itself feature a pattern reminiscent of 1950s mid-century design while also offering a modern color palette. I chose colors that reflect the ingredients in the food. Most of these colors are warm tones. This was intentional as warm tones physiologically trigger an emotional, often hungry, response in the viewer. 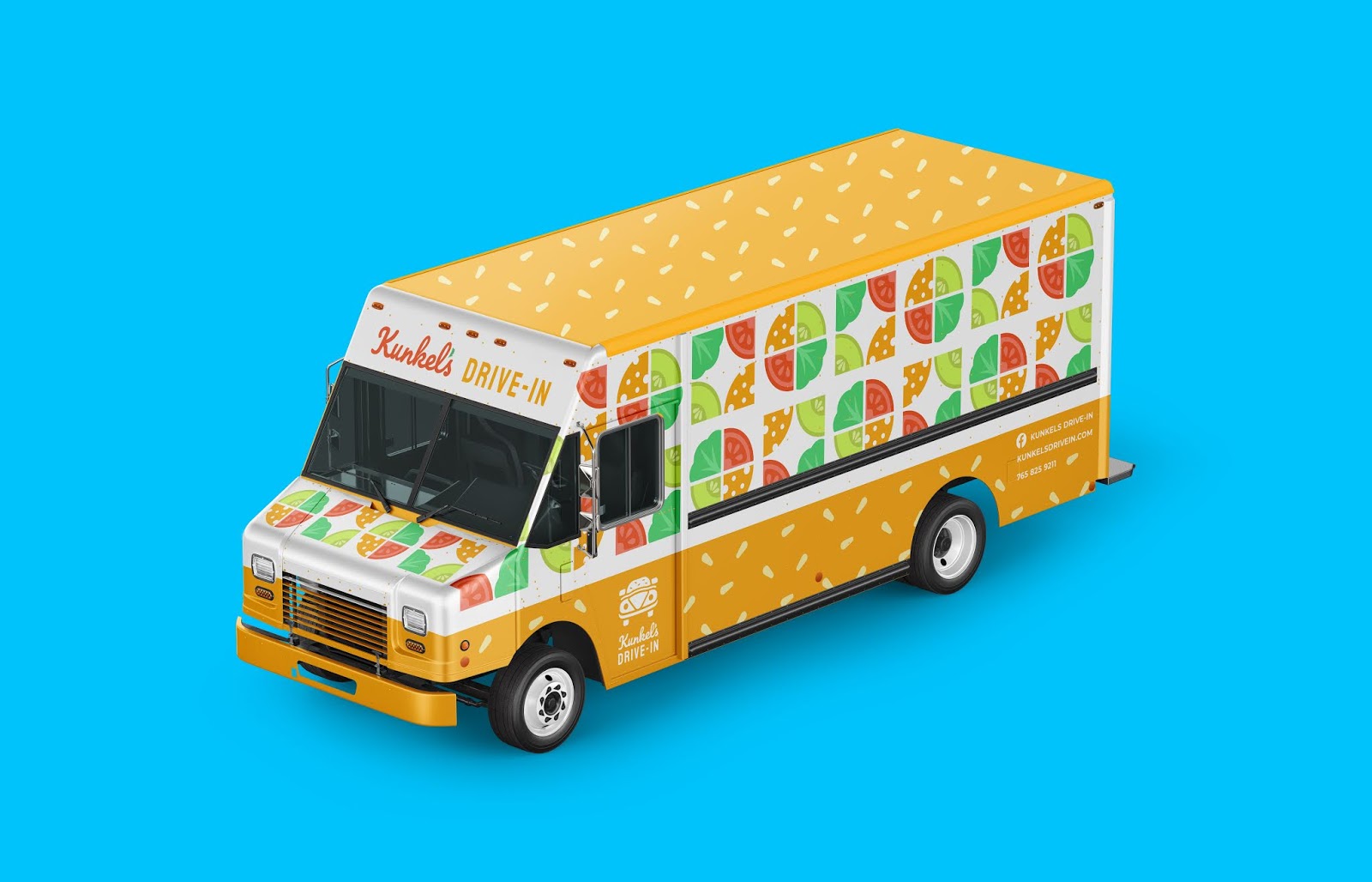 When revising the identity, I chose to combine the two most important cultural appeals of the restaurant: its car shows and classic American cuisine. To do this, I blended the visual qualities of a vintage Volkswagen Beetle with a cheeseburger into a single logomark. I chose typography that references the script font they currently use for ‘Kunkel’s’ and a geometric font for ‘Drive-In’. The latter is a reference to the neon signs common on highways during the 1950s to indicate food or motel locations.

What’s Unique?
The identity combines show car culture with the fast-food industry. It provides a modern interpretation of the restaurant while also appealing to the culture of the 1950s by taking inspiration from mid-century design. 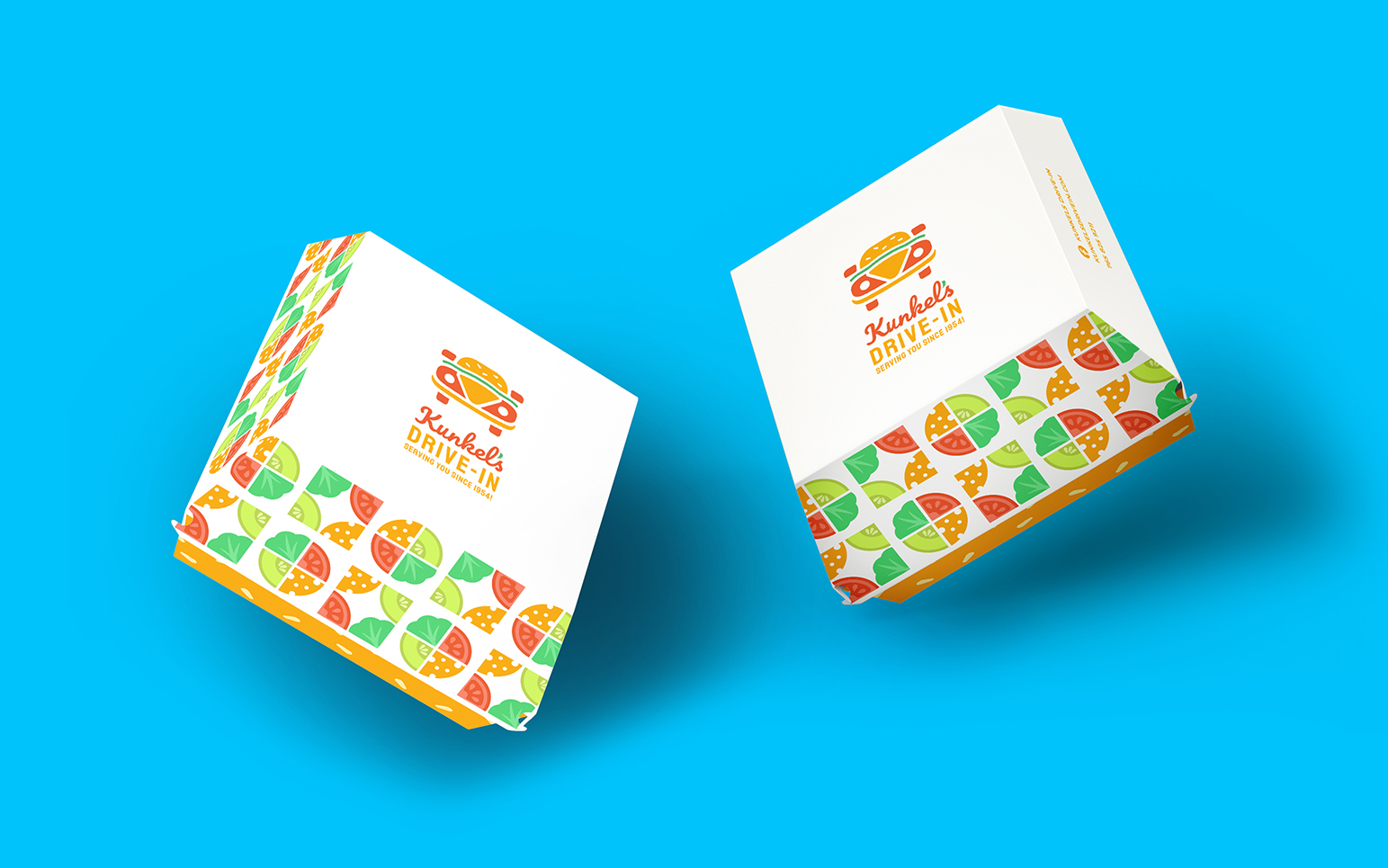 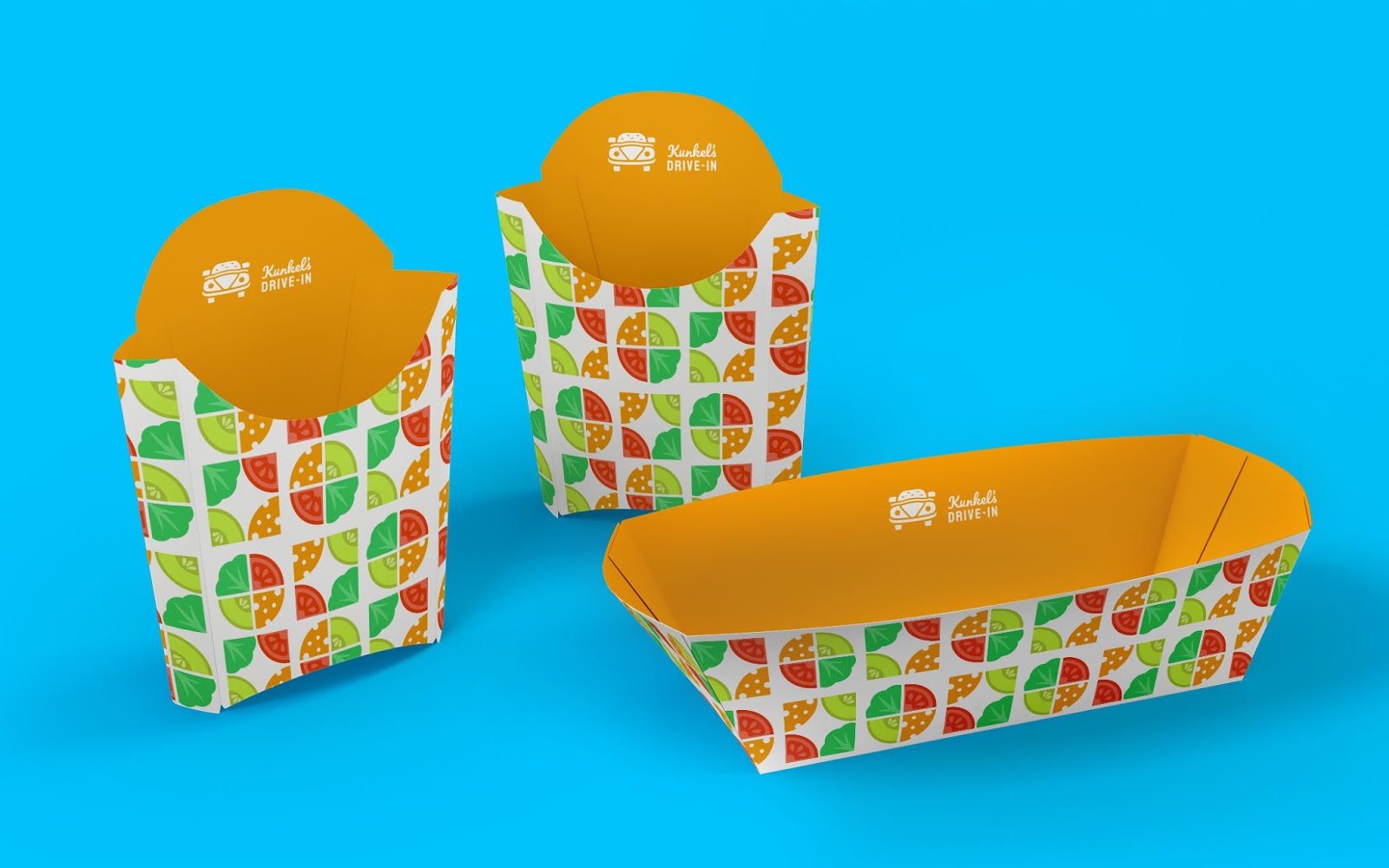 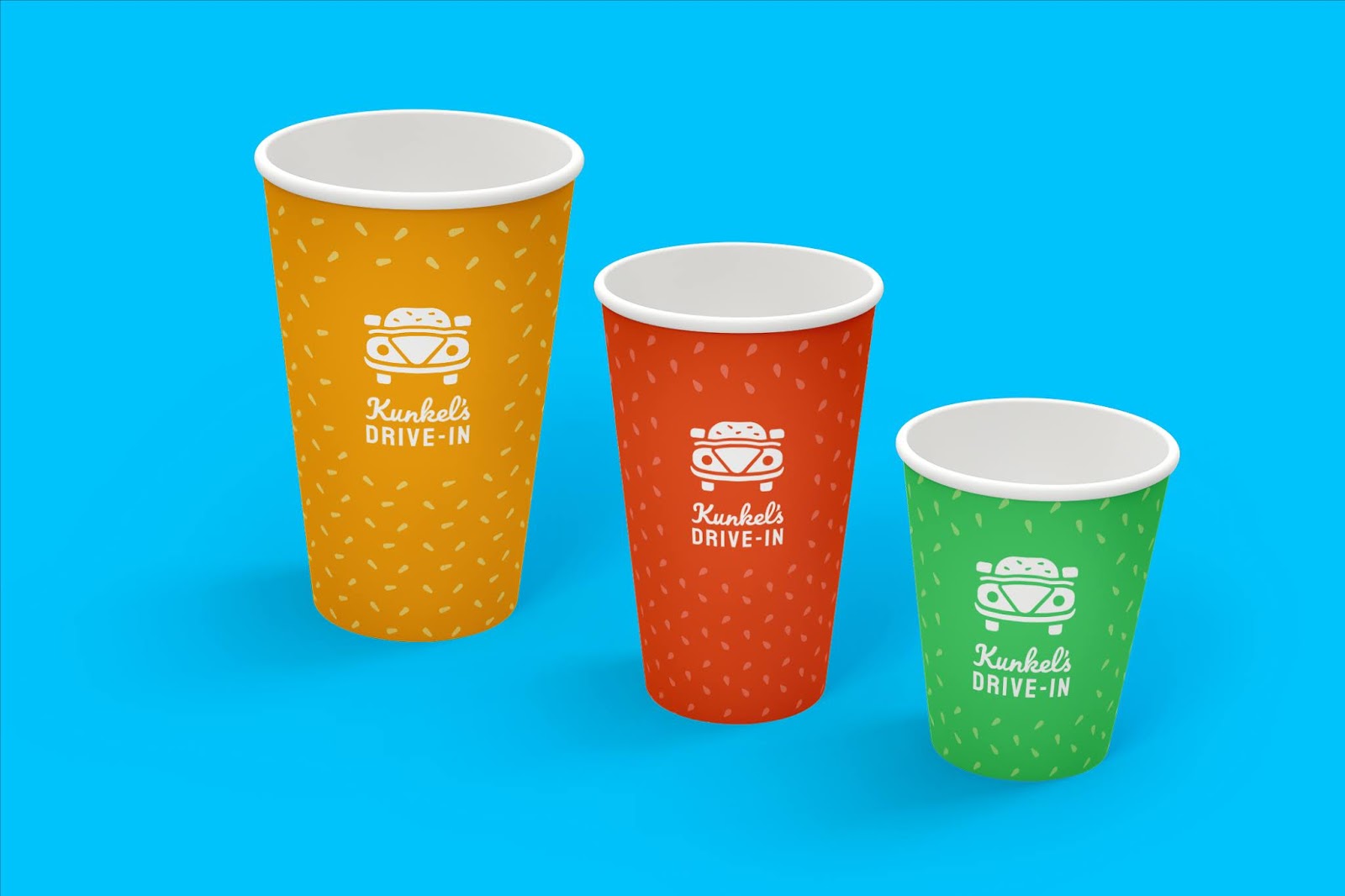