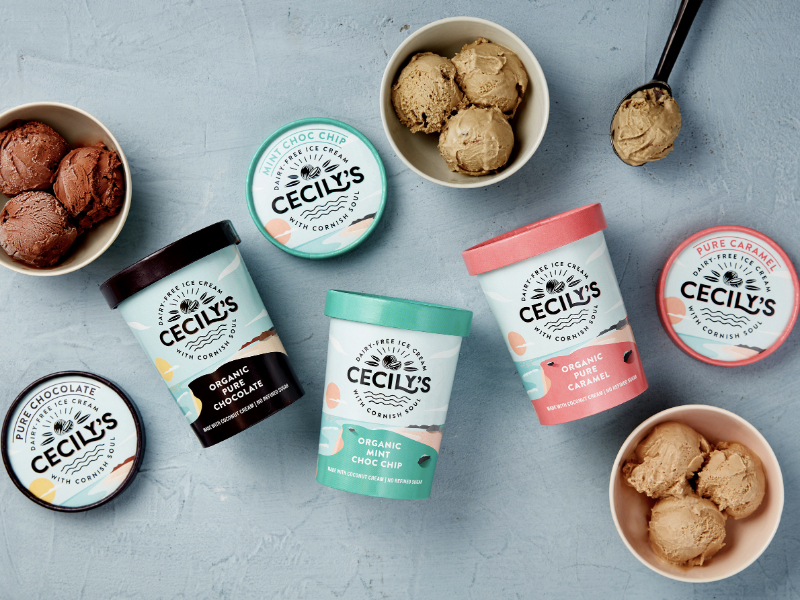 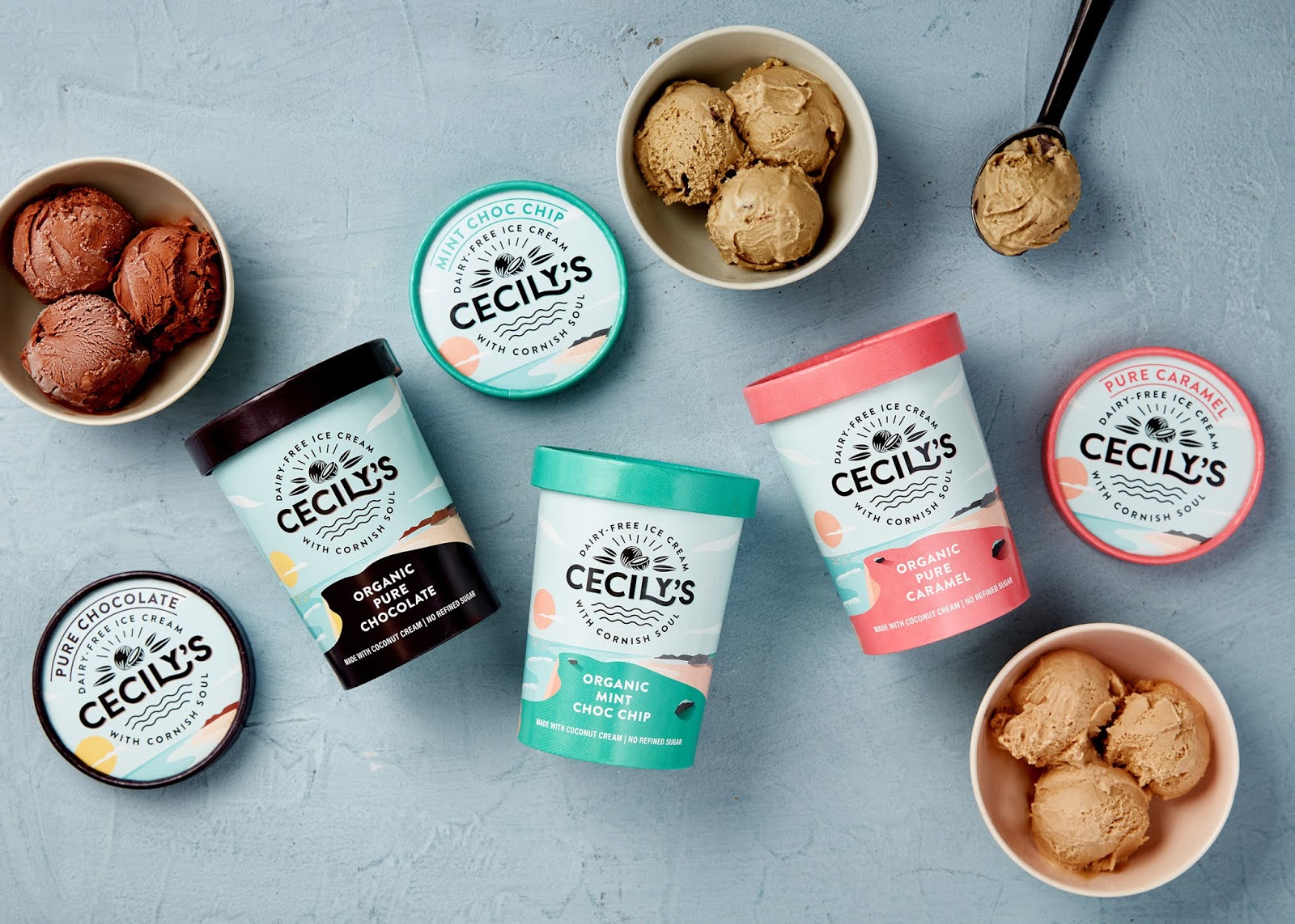 Cornish dairy-free ice cream brand Coconuts Organic has been relaunched as Cecily’s with the help of South West branding agency The Space Creative. The rebrand marks an important step in the brand’s journey as distribution ramps up and the market for vegan ice cream grows exponentially.

Entrepreneur Cecily Mills started the business back in 2015 and during a memorable appearance on Dragons’ Den she wowed the panel with her ice cream and secured offers of investment from two of the Dragons. Distribution had already gained traction with listings in Tesco and M&S and, as a result, she decided not to take the investment. In 2020, Cecily decided it was time to reinvigorate the brand.

She chose to work with The Space Creative, known for their standout designs for a variety of natural brands such as Pukka, Pulsin and Faith in Nature. They have given the brand a complete overhaul including a name change from Coconuts Organic to Cecily’s. 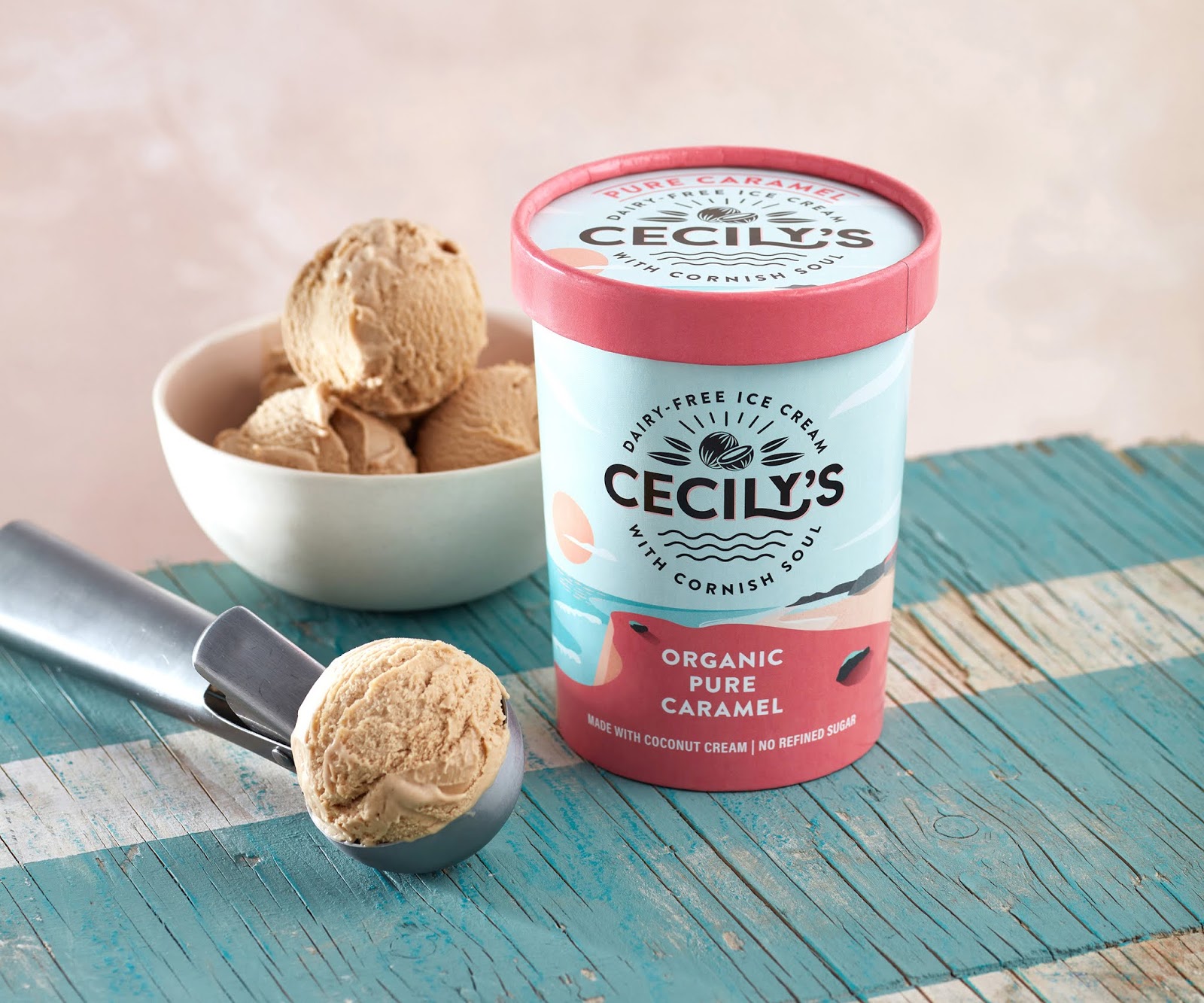 “Our latest rebrand was always going to be the most important” says Cecily. “I was finally putting my name on the packs and it was going to be so important that the packs somehow represented me as well as what we were trying to do from a brand point of view.”

“The Space Creative has been amazing the whole time. Their initial ideas pretty much blew our minds and we were so excited from then on to see where we were going to take things.” 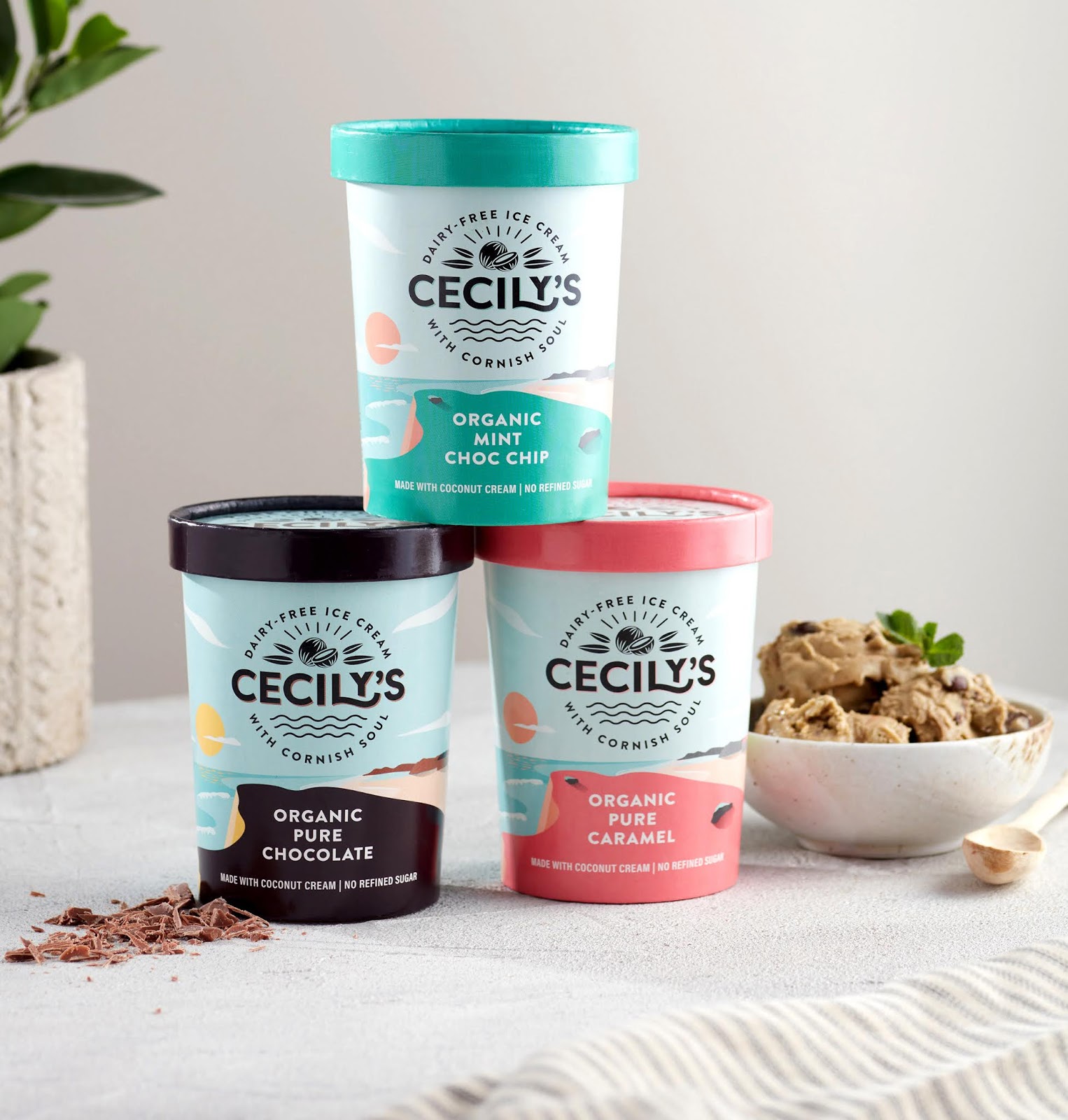 David Thomson, Creative Director at The Space Creative says that Cecily was keen to portray the contemporary side of Cornwall – more surf than sandcastles. “Cornwall has a vibrant artistic scene as well as some of the most rugged and beautiful coastlines in the world. It’s a haven for lovers of healthy living, fresh air and the great outdoors. We’ve portrayed this feeling with evocative illustrations of the wild Atlantic coastline.”

The new Cecily’s logo is a bold lockup that communicates the coconut origins of the ice cream as well as the coastal location of the company’s home. The colourful illustrations portray the sun setting in the west over rugged cliffs and sweeping beaches. The colours change per flavour, but the illustration remains constant to create appealing and effective brand standout and brand blocking both online and within the freezer aisle. 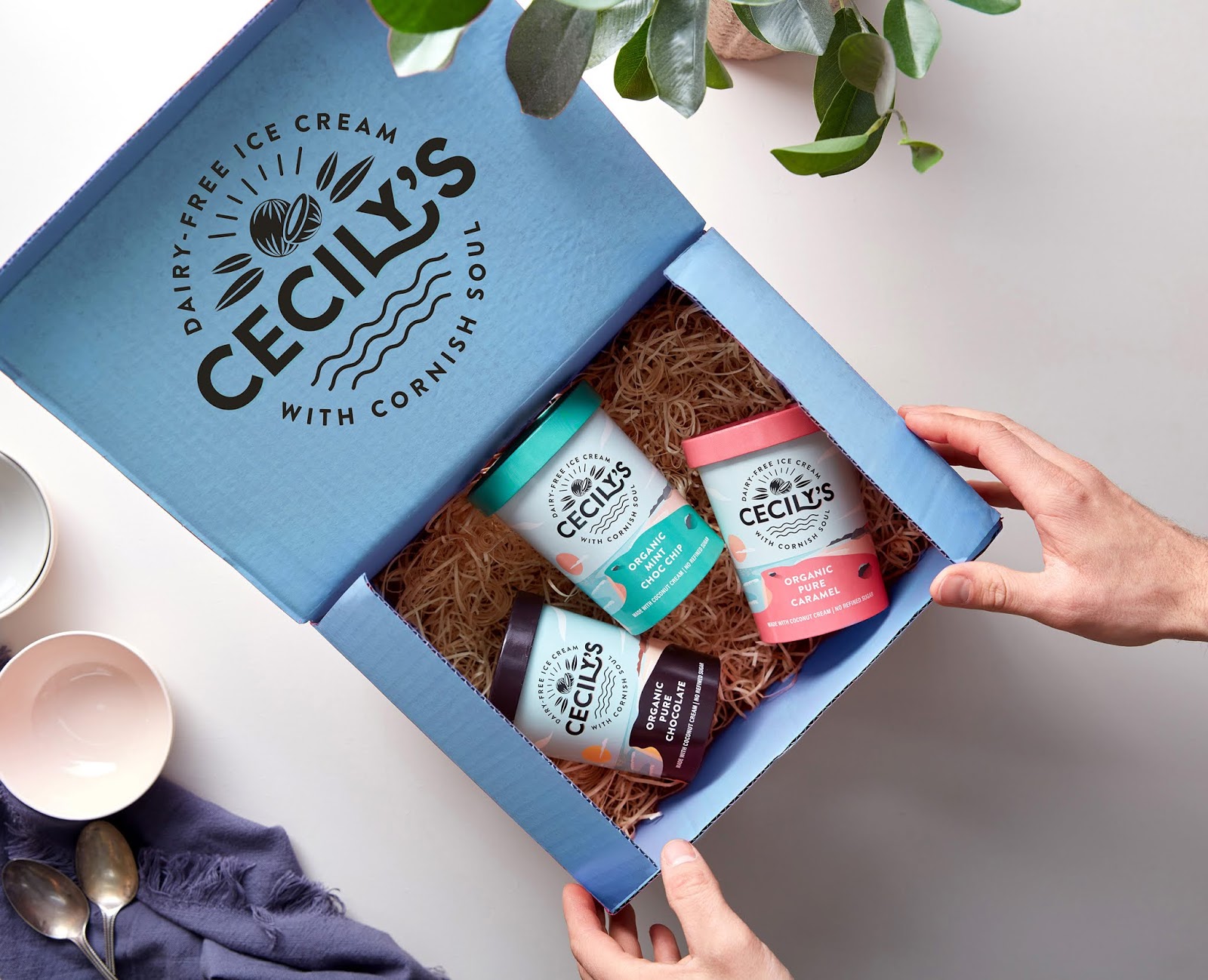 Cecily’s investment in the rebrand is already starting to pay dividends. Cecily comments “To say we are happy with the packs is really an understatement. We’ve had our biggest week ever on Ocado in the week that we launched the new look. All this has been achieved by The Space working remotely over a year in which there were three lockdowns. Yet they have still managed to get to the heart of what we wanted to represent on the packs. It has been a great process so far, and we are looking forward to developing the design as we bring out more flavours!” 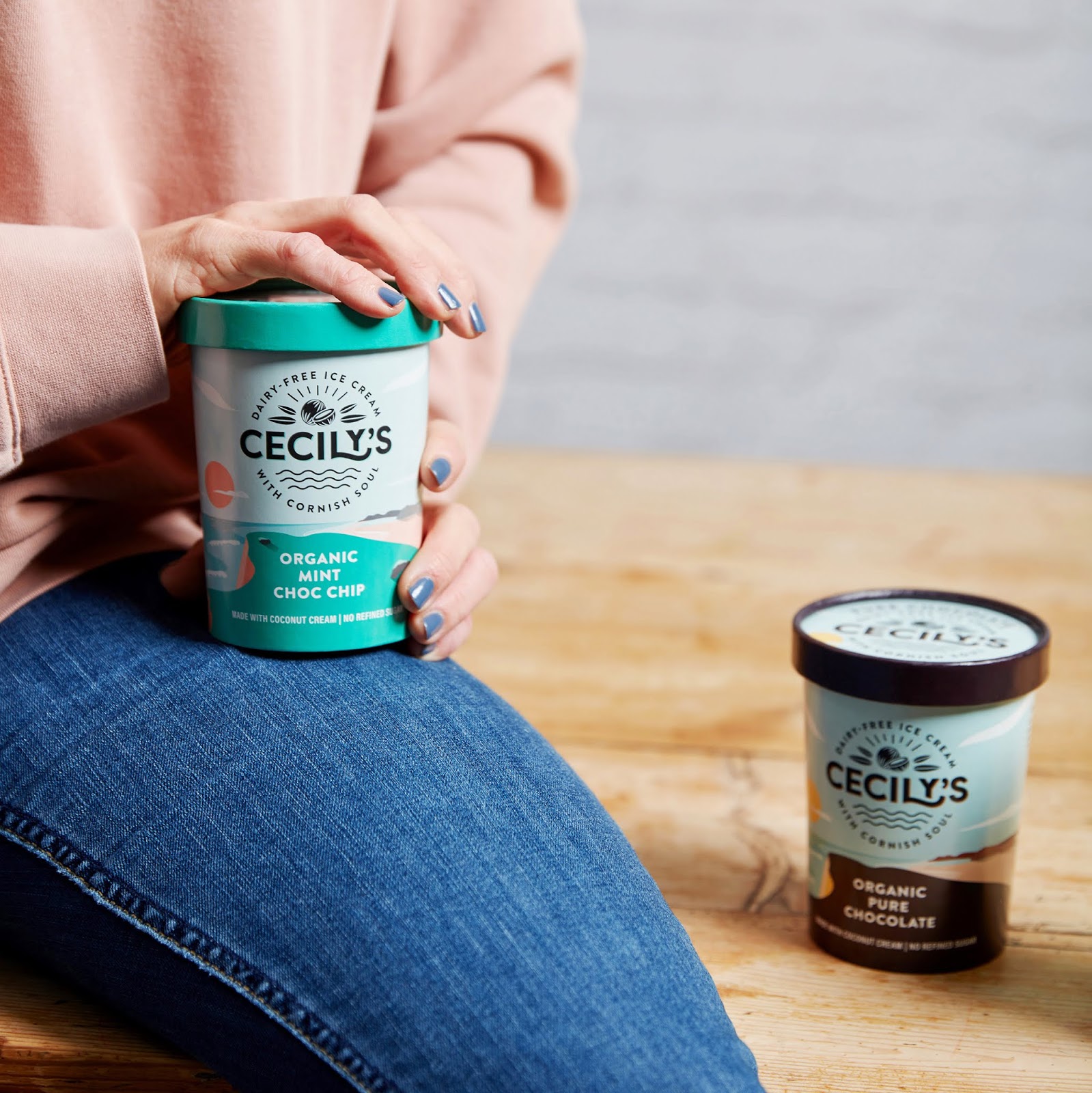 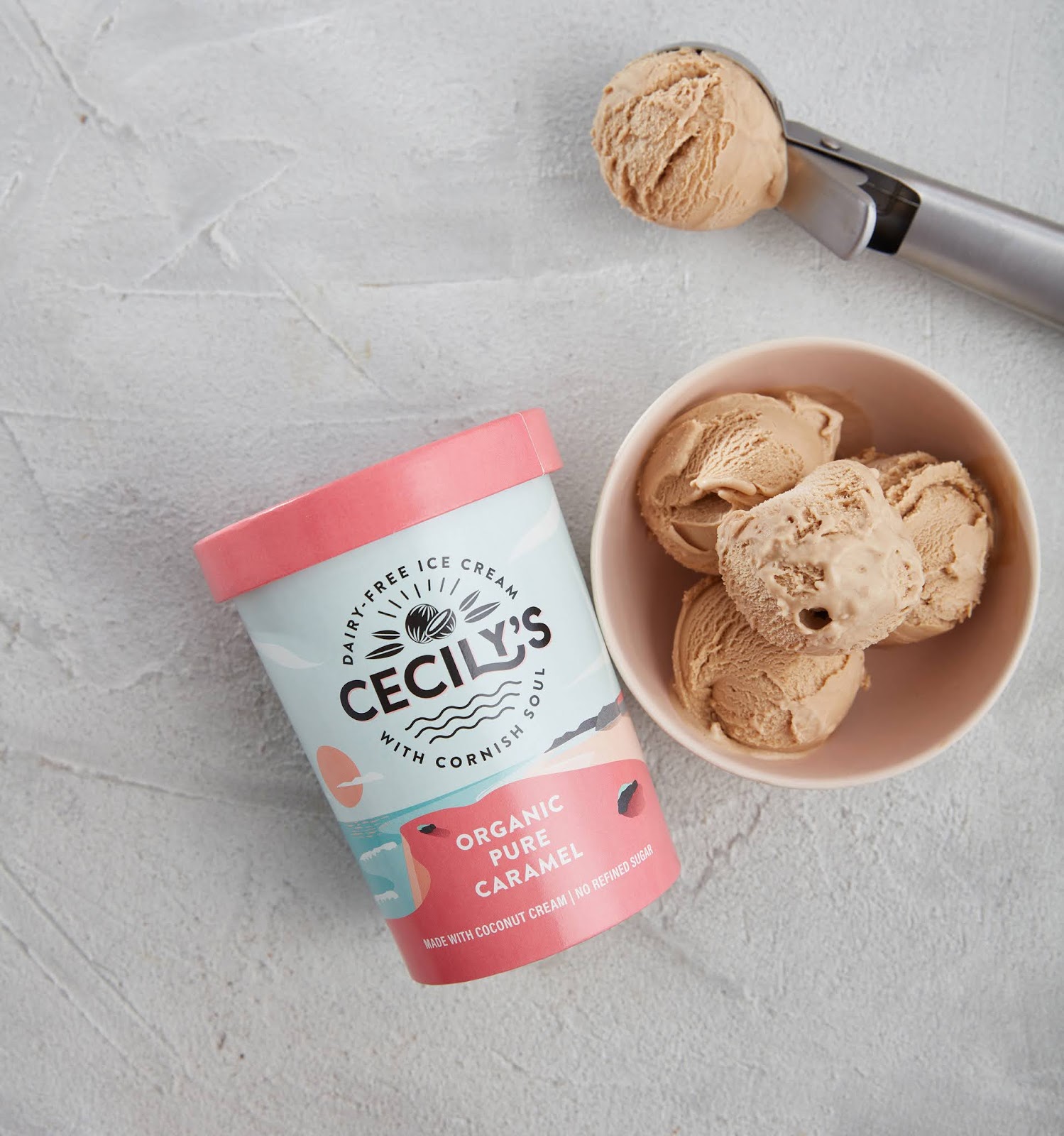 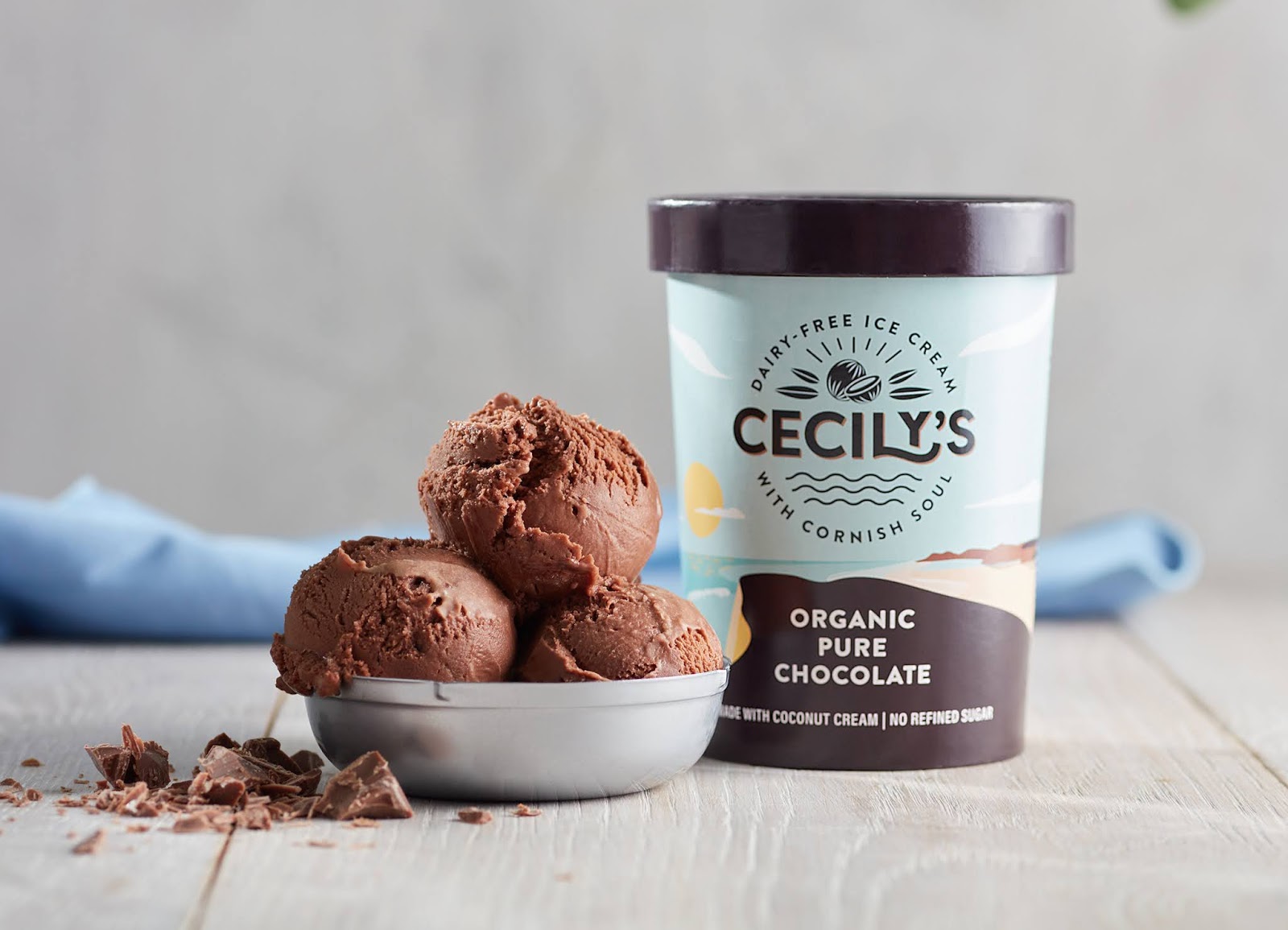