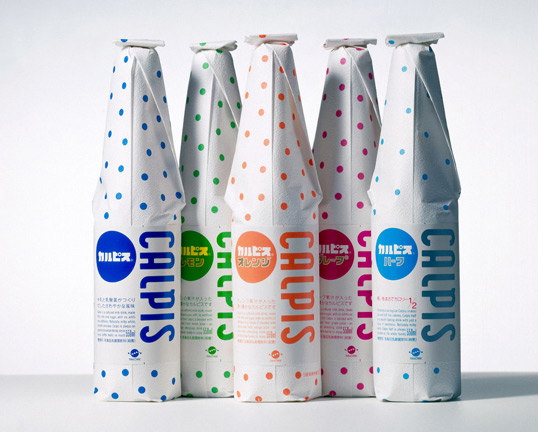 Designed by Taku Satoh Design Office.
Thanks to Miko san for sending in these awesome pictures and information. どうもありがとう!

CALPIS is made from non-fatted milk . The milk is fermented slowly by adding microorganism including lactobacillus unique to our company and kept on using for a long time. The cultured milk produced in such manner is called Calpis Cultured Milk.

CALPIS was launched on July 7 1919, on the day of Tanabata Festival (Star Festival).

In some countries in Asia including China and Japan, there is a custom to see stars in “Milky Way” on this day. The design of “polka-dot pattern” on the package of CALPIS is inspired by the image of stars in the “Milky Way” as the product was launched on the day of Tanabata.

The original pattern was white dots on blue background. It was changed to blue dots in white background later. The pattern is praised as an excellent design that can communicate the refreshing image of CALPIS and retain a sense of freshness after all those years and loved by many customers. 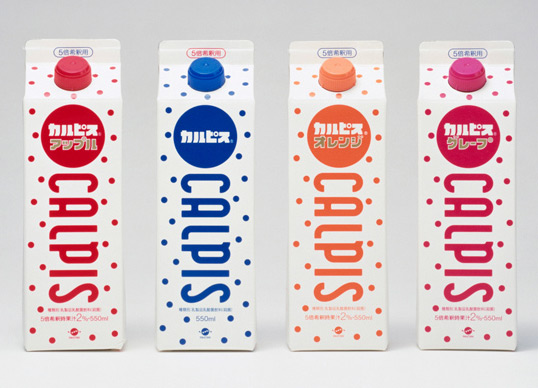 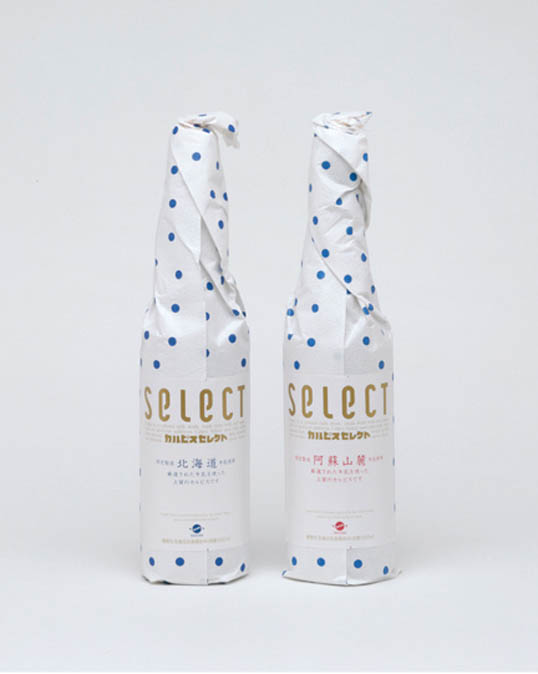 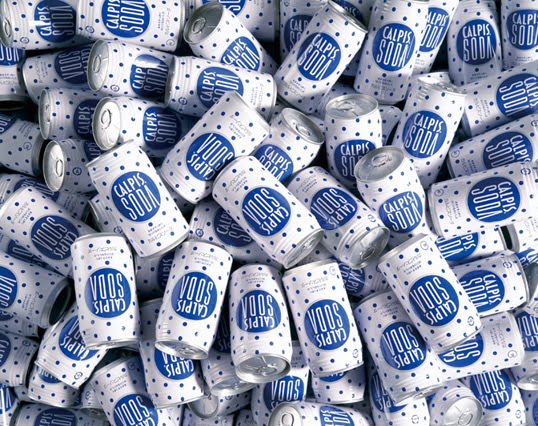 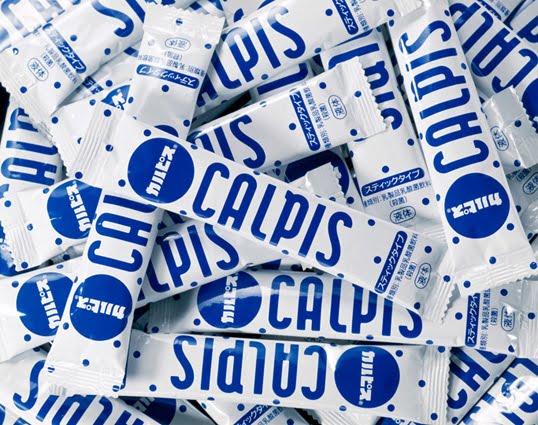 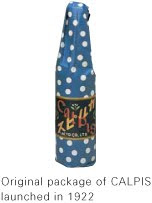 The trademark of polka-dot pattern is featured in all CALPIS brand products available in Japan and all over the world.