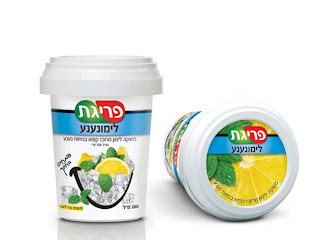 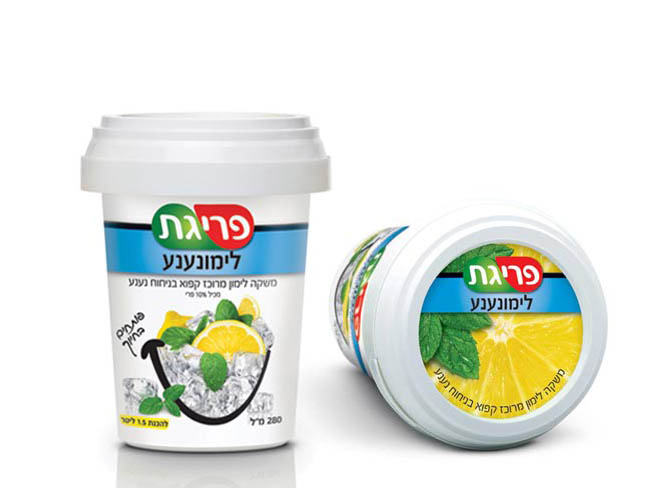 Designed by OPEN, a Branding agency based in Tel-Aviv, Israel.

Prigat was established 60 years ago as a small juice factory based in a “Kibbutz”. Gradually through the years, their products grew to become a product found in nearly every home in Israel, and Prigat became part of the Israeli heritage.

Prigat has a unique and vast variety of products (even in international terms) which includes a aside to freshly squeezed fruit juices, also 100% natural juices, Nectars, herbal drinks, fruit syrups and frozen concentrated fruit drinks.

According to the “Globes” (Israeli Financial Magazine), Prigat is ranked 35th in the index of the 100 most valuable brands in Israel. (Coca Cola Brand is ranked 1st and the cellular company Orange is 2nd).

When analyzing the fruit based non carbonated beverage category, one can see it appears to operate in a rather generic manner.

Most brands in the category convey the same language, focusing mainly on the product and without any emotional added value as a brand. Following this understanding, we created a pioneering move and built a new fresh agenda for the Prigat brand, under the slogan “Start with a Smile”. We created a brand identity which is expressed over 100 packages according to a distinctive system which is consistent with the various categories, in addition to an advertising campaign which communicates the new agenda. 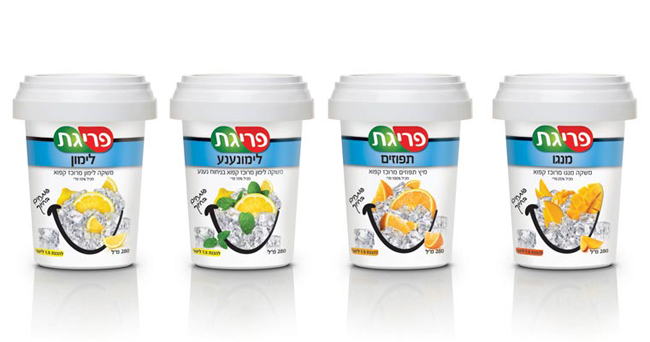 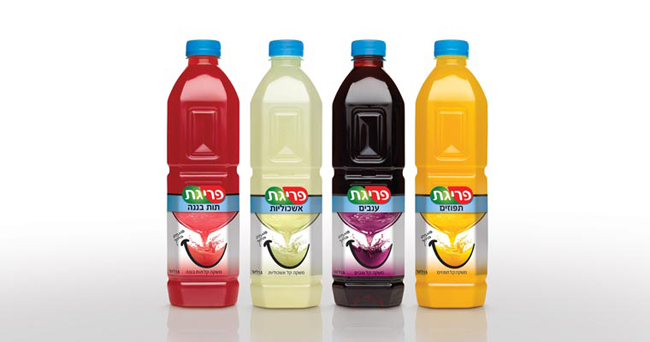 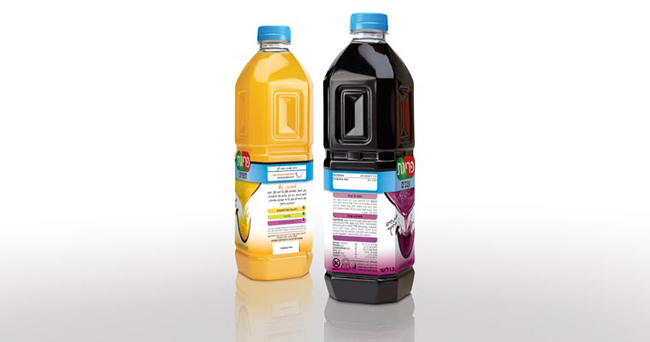 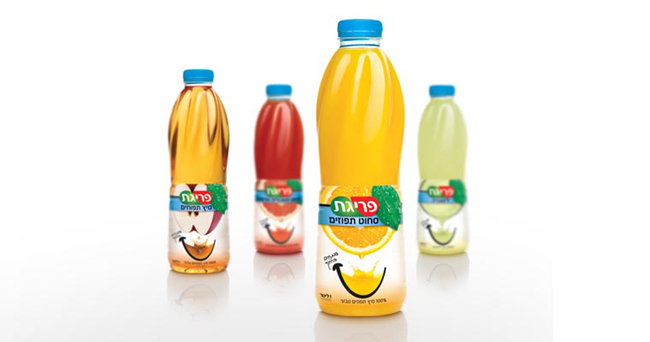 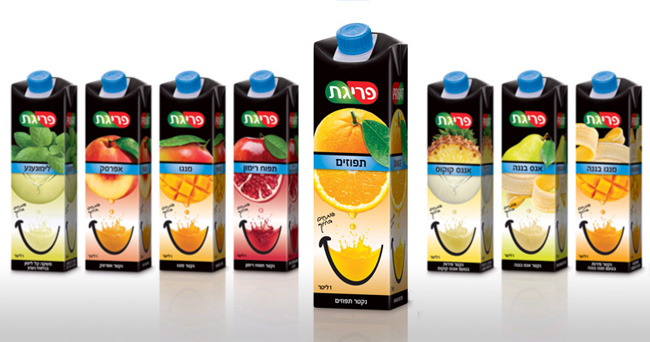 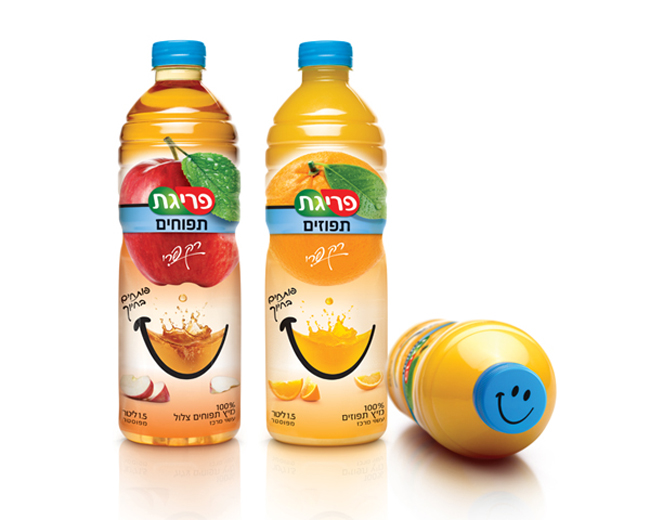 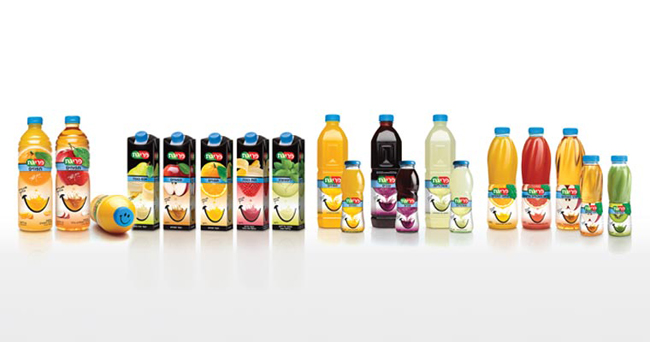