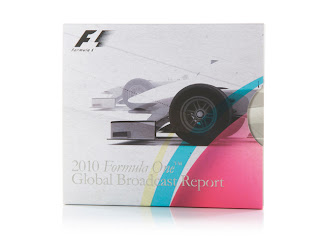 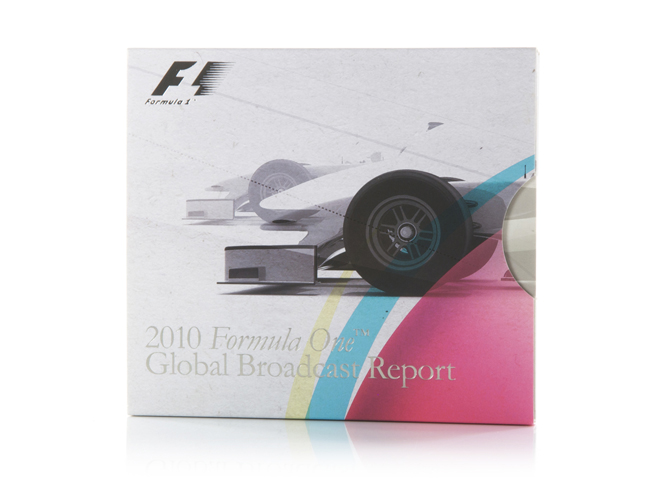 The Formula One™ 2010 Global Broadcast Report has been packaged by Burgopak in a sleek slider pack. Published digitally on CD, the report is distributed annually to Formula One™ teams, global partners and broadcasters.

Formula One Management, who control the media distribution and promotion of Formula One™ content, needed a slick presentation solution that would align with and communicate the power and integrity of the Formula One™ brand.

Showcasing premium print and production quality, Burgopak’s packaging design presents the Formula One™ 2010 Global Broadcast Report in a unique format that highlights the dedication of Formula One Management to providing the highest quality of report to their global associates.

In a simple and elegant manner, the Formula One™ branded CD slides out from the left of the pack as the opening tab is pulled from the right. Utilising Burgopak’s patented sliding mechanism, the design features silver hot press foil detail on the front cover.

Sarah O’Dwyer, senior account manager at Burgopak says: “A smart and considered design, the graphics further work well to enhance Burgopak’s slider format by using the extending motion to reveal a cropped to full image of Formula One™ racing cars.”

Of the project, a spokesman from Formula One Management says: “It was a pleasure to work with Burgopak once again on our Global Broadcast Report. Having worked with them for a number of years we appreciate that their attention to detail and quality of product match our aims of providing a top class report suitable for distribution to our global partners and broadcasters.”

This is the fourth consecutive year that Formula One Management has worked with Burgopak, collaborating on a range of structural design projects that since 2007. From initial design concept through production, Burgopak designed the official Formula One™ pit pass holders for the 2010 F1 Grand Prix season, as well as the Formula One™ Global Broadcast Reports in 2007, 2008, 2009 and 2010.

For more information on Burgopak’s design projects for Formula One™, visit http://burgopak.com/portfolio/formula-one-case-study/. 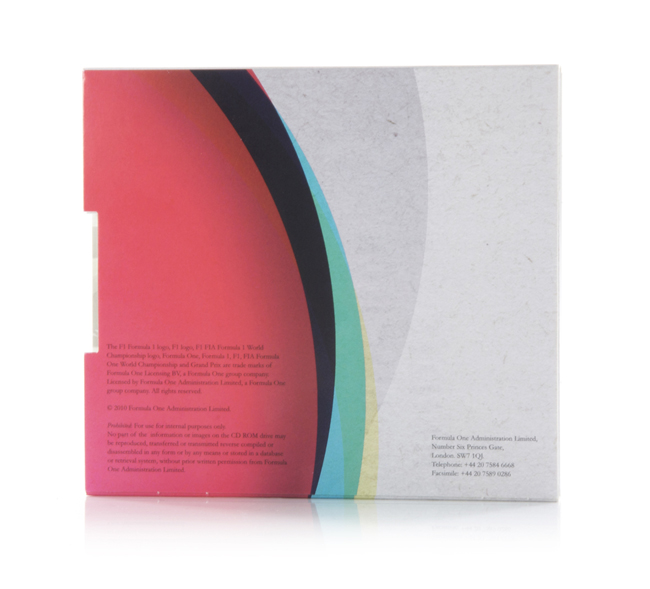