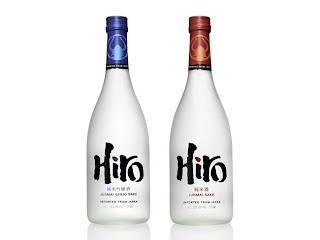 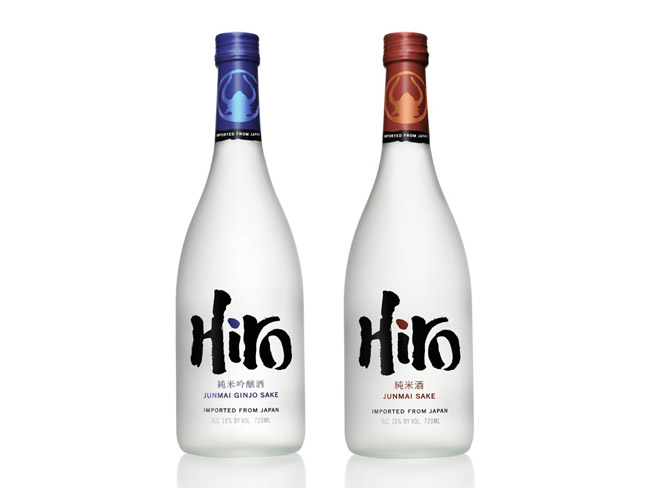 A simple brand identity, inspired by traditional Japanese calligraphy, reflects the swift movement of the Samurai warrior in action; a Japanese designer provided cultural insight and inspiration and a Japanese calligrapher (both from Monday Collective’s group of experts) hand-crafted the bold, authentic type style; a simple brand icon on the neck of the bottle captures the Samurai in his warrior helmet, as a mark of distinction; and the story extends to the back-of-pack with an illustration of the Samurai warrior in action.

The result differentiates Hiro Sake from both traditional and new spirits by simply expressing its cultural authenticity with a contemporary style that connects with today’s international spirits consumer. Hiro Sake comes in two variants, Hiro Red (Junmai) which is served hot and Hiro Blue (Junmai Ginjo) which is served cold, communicated simply through a vibrant color palette. Hiro Sake will be introduced to the Greater New York area Summer of 2011, with a national roll-out later in the year.

“Monday Collective has been instrumental in bringing Hiro Sake to market. We highly recommend them and their work for a number of reasons. They think strategically, they listened to our needs and translated them into superlative work, they think outside the box and still embrace the important fundamentals. Above all, they are a pleasure to work with. I highly recommend them.” – Carlos Arana, CEO Hiro Sake